Not very exciting but it's Christmas so it seems like the right time to post a nice Church.
This was an unplanned discovery, I was out on my bike for exercise during lock-down when I stumbled on this delightful derelict at that critical stage where the roof and structure are still sound so although the building could still be saved it's dilapidation is revealing all it's secrets.
Built in 1886 at a cost of £1500 and seated 200 people, (at the time Peak Dale was host to Doveholes station so was considered important enough to have 3 churches), it gained a graveyard in 1890 and an organ 12 years later.
It closed at the end of 2003 with memorials etc moved to Wormhill. The post outside looks like it might once have been an estate agent's board, further down the road a lot of work was going on to convert another church to a house though it doesn't look like anybody has done any work on this one for a long time despite it having been granted planning (HPK/2018/0300) for conversion into 5 houses in 2018!
The boiler room is still accessible too but it was too dark to get any decent pics down there.

Much of that area looks a bit bleak with it's cold limestone but the light that day warmed it somewhat. 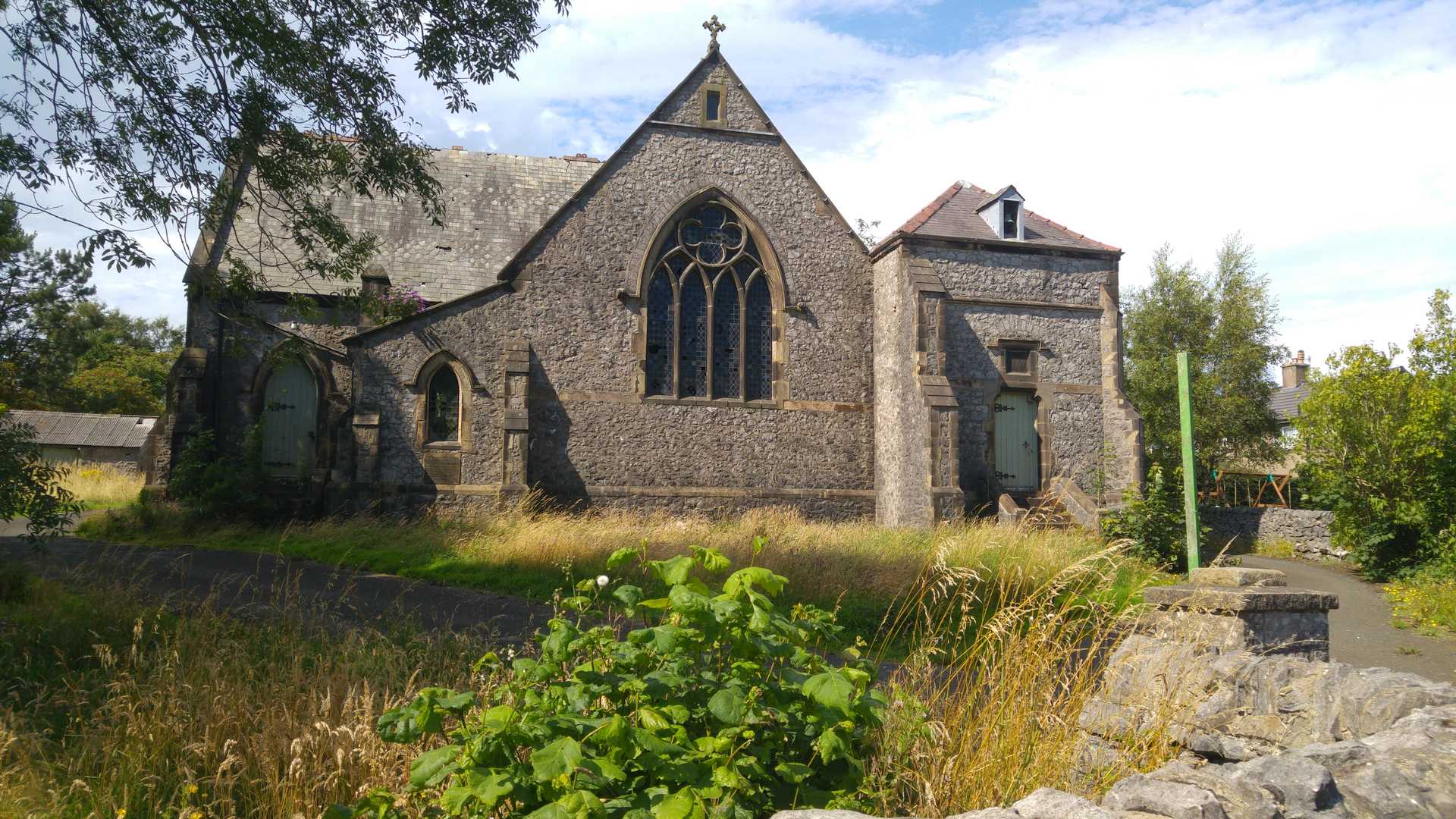 The tower was described as unfinished when it was built though looking at the buttresses it was prepared for a good sized one that never got built though it does have a small storage attic and a nice little bell. 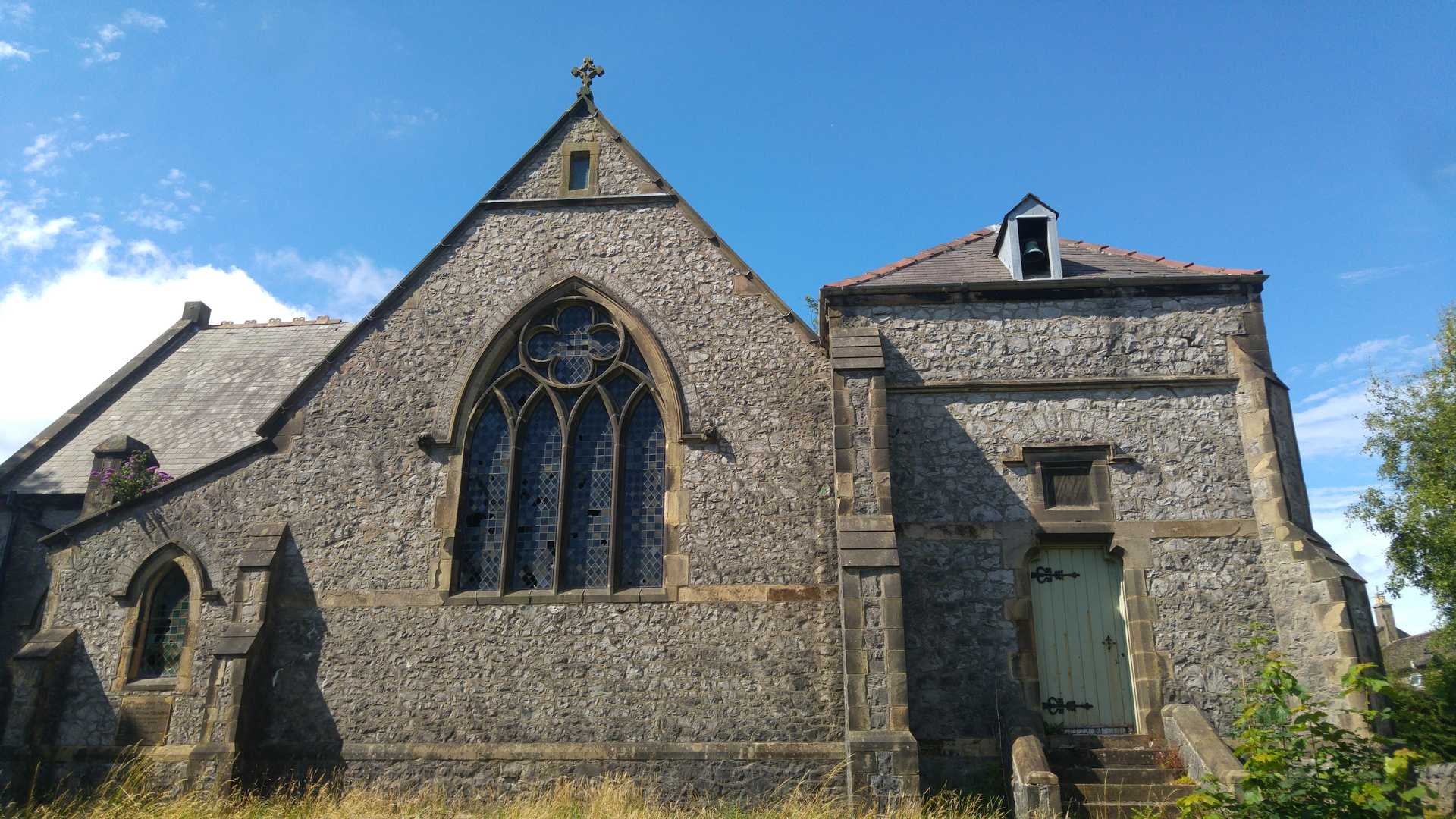 The floor tiles at the rear entrance are very similar to the ones in my hall. 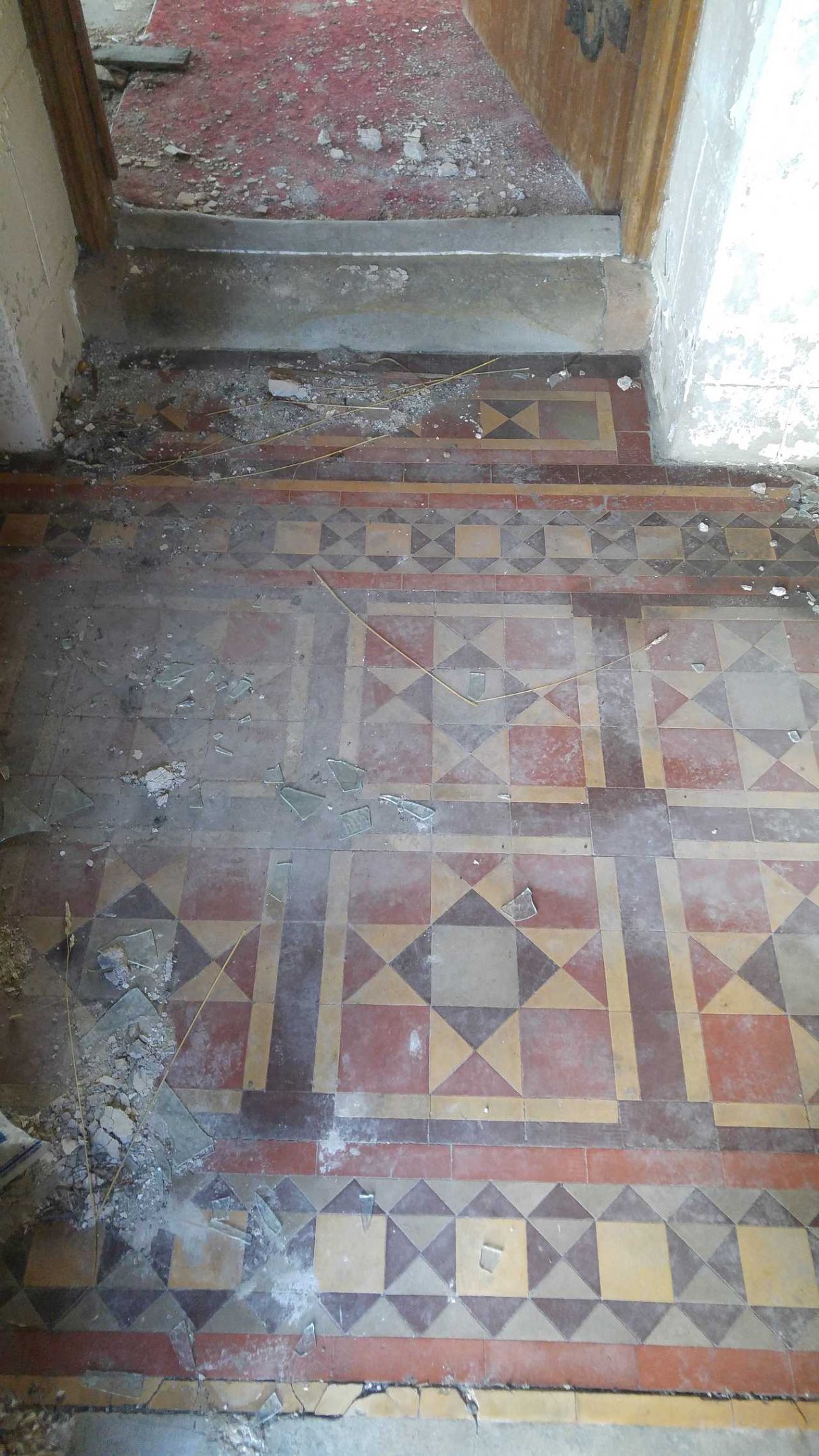 I love the pitch pine doors 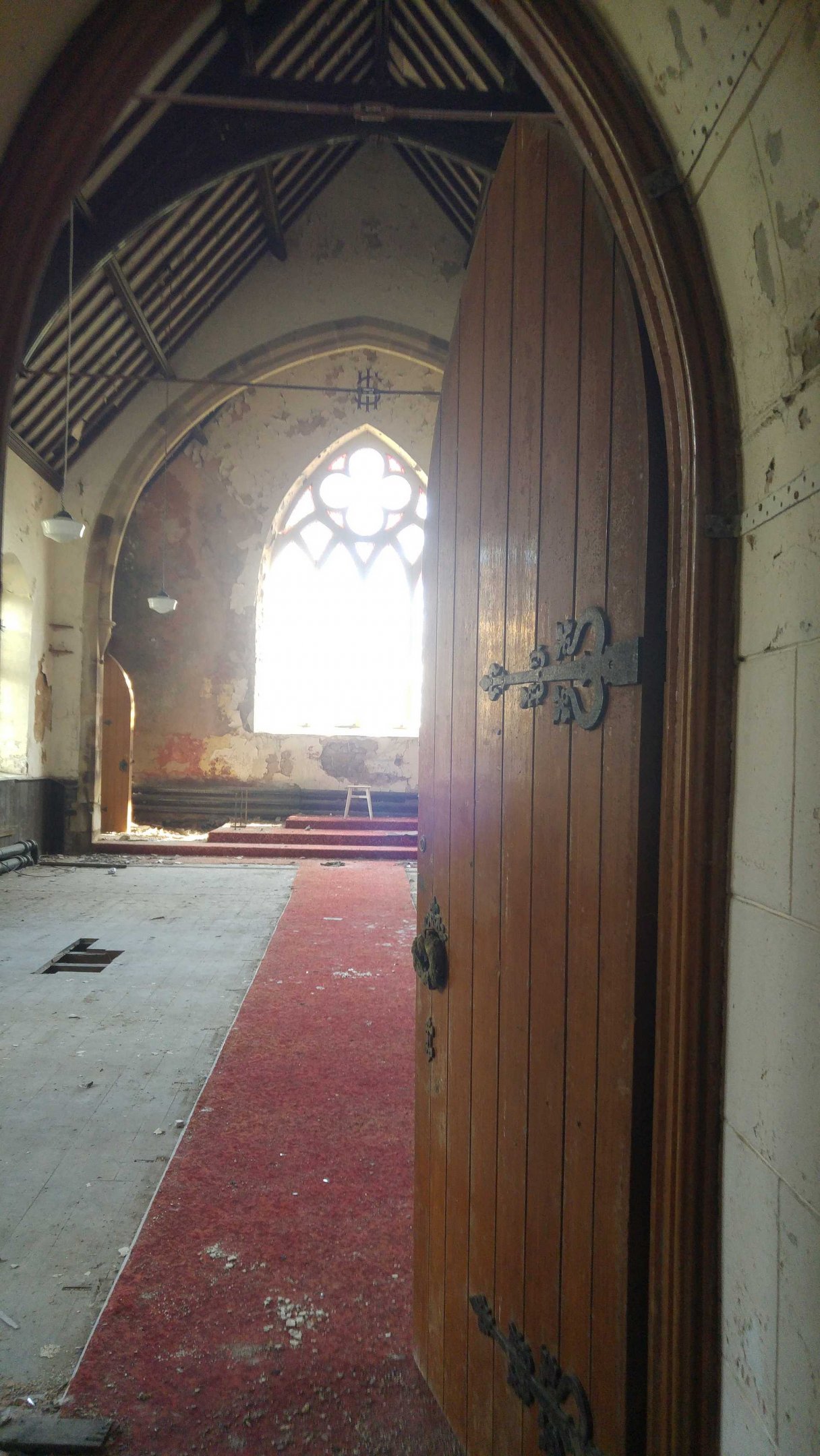 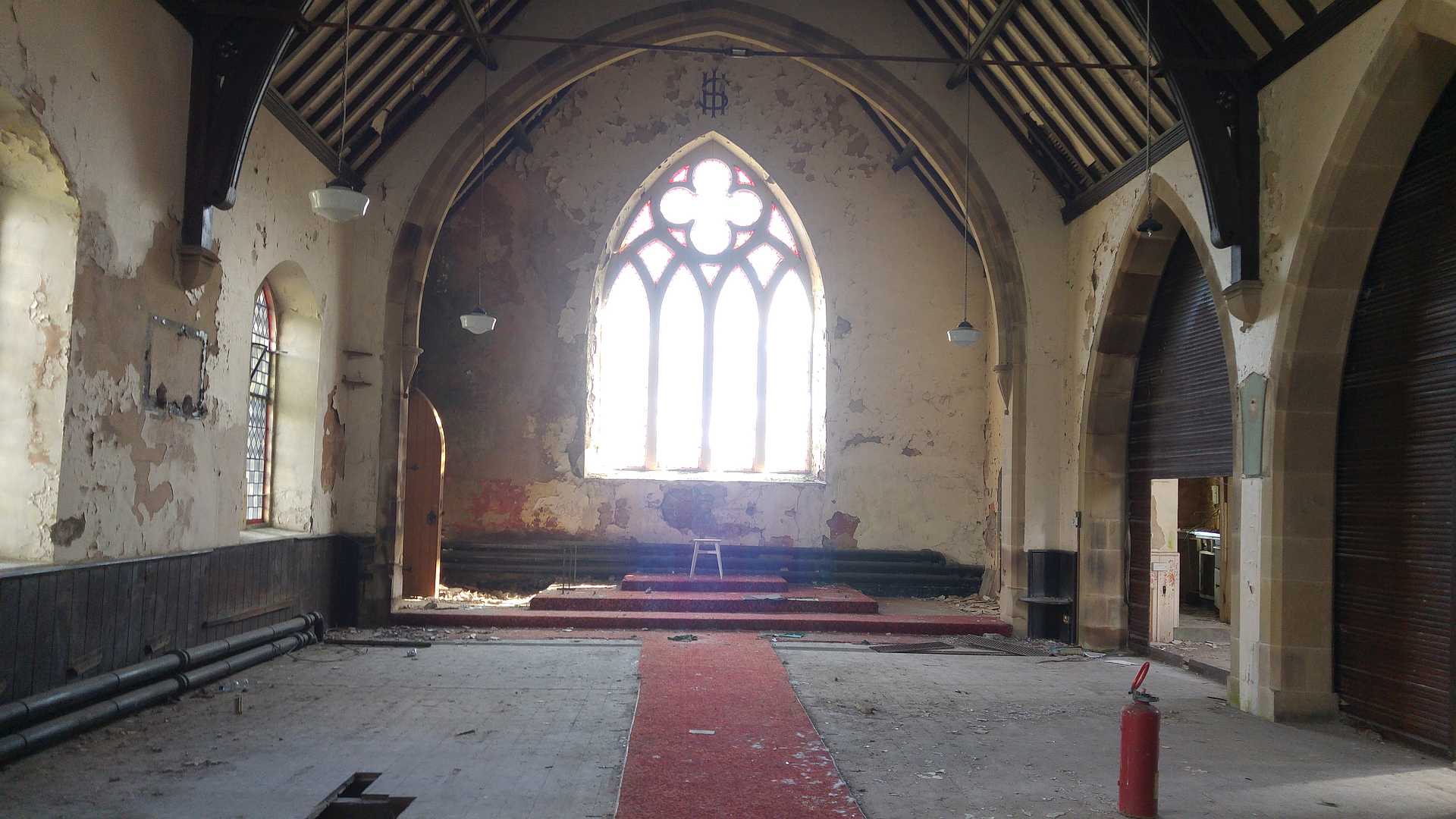 The windows contain quite unusual grey and cream stained glass. - much of it still intact. Curious stubs of pews remain. 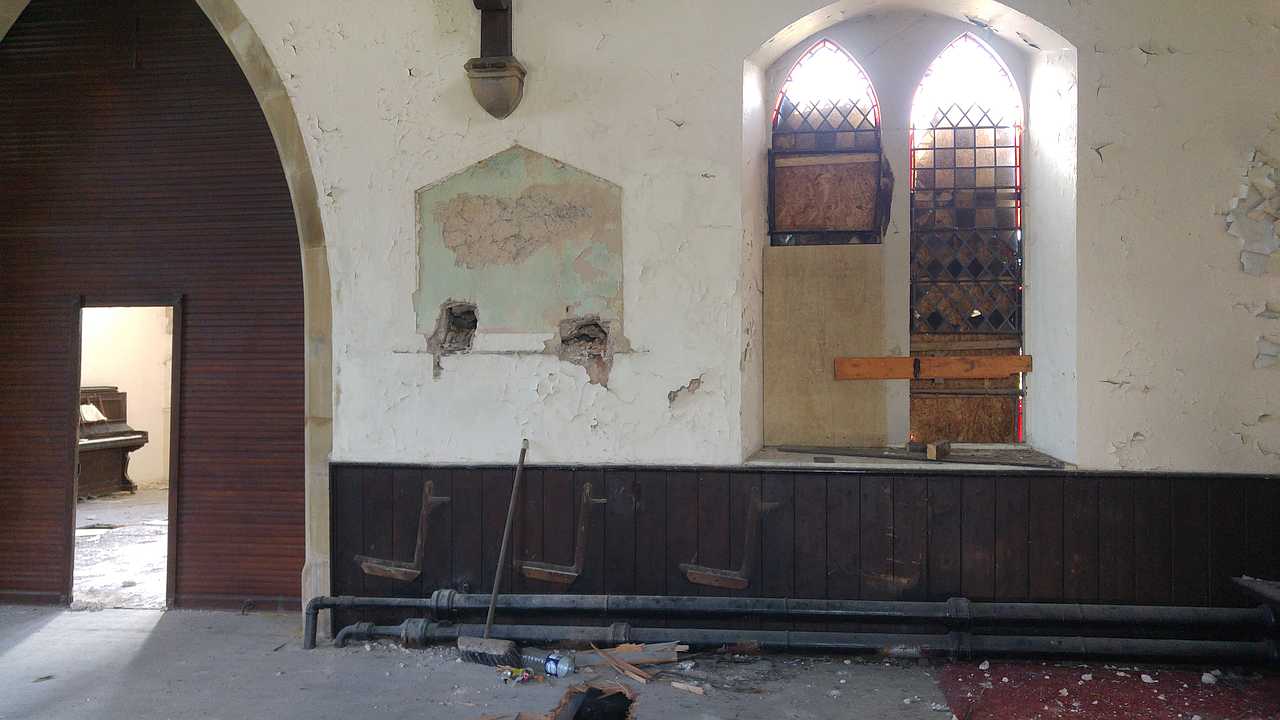 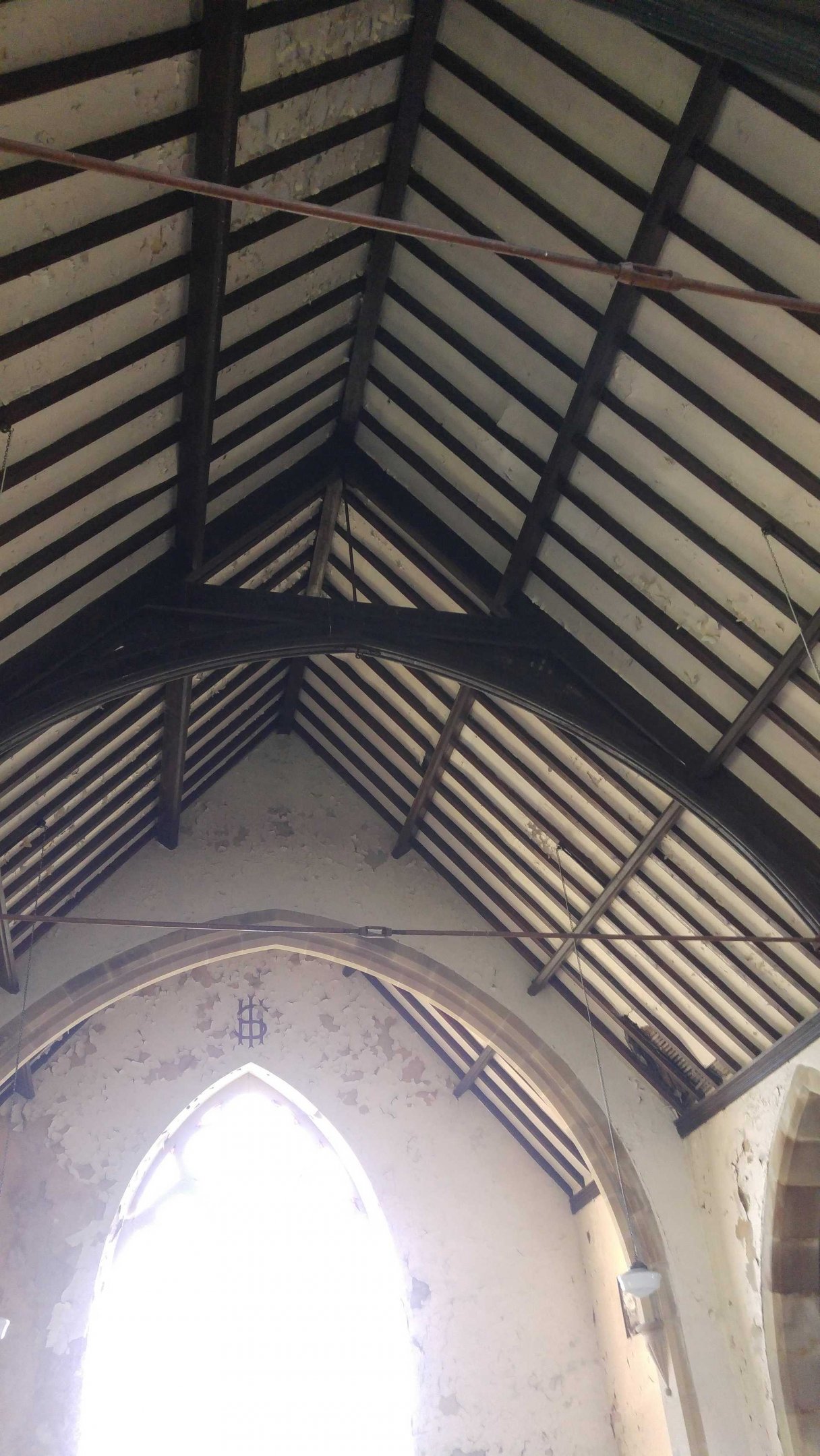 I imagine there were many sunday schools, youth club meetings and jumble sales in this room. 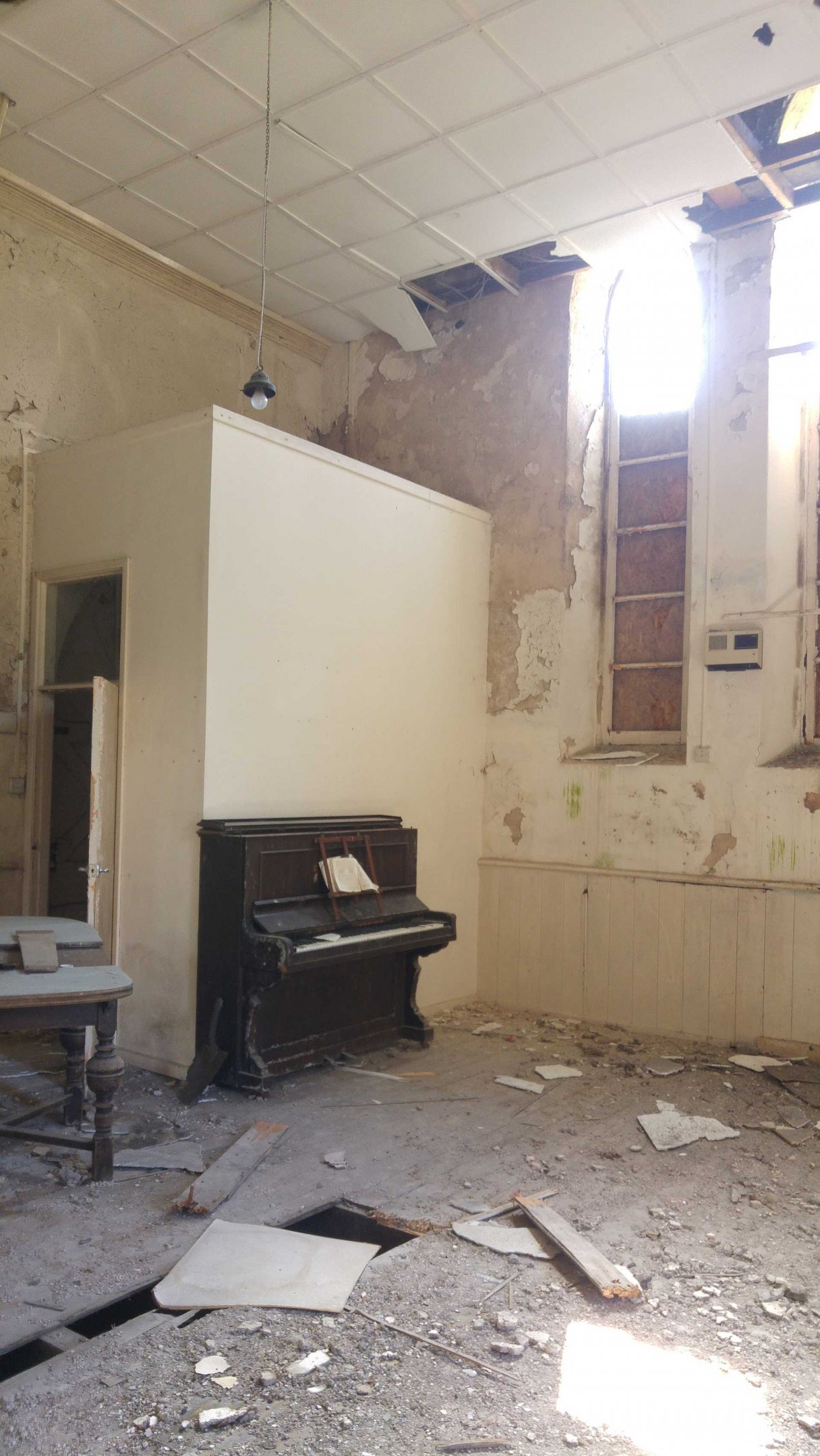 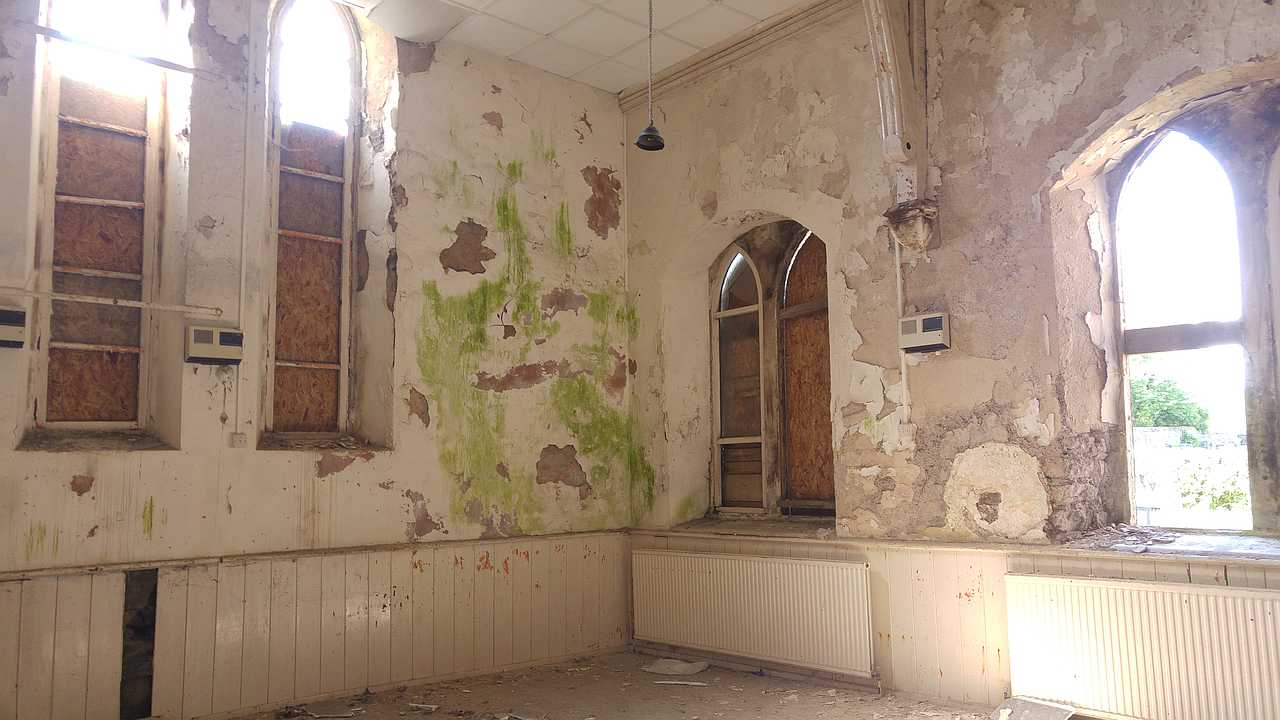 Above the suspended ceiling there is another lovely pitch pine roof. Of course when you have all those church functions you need an adjoining kitchen. 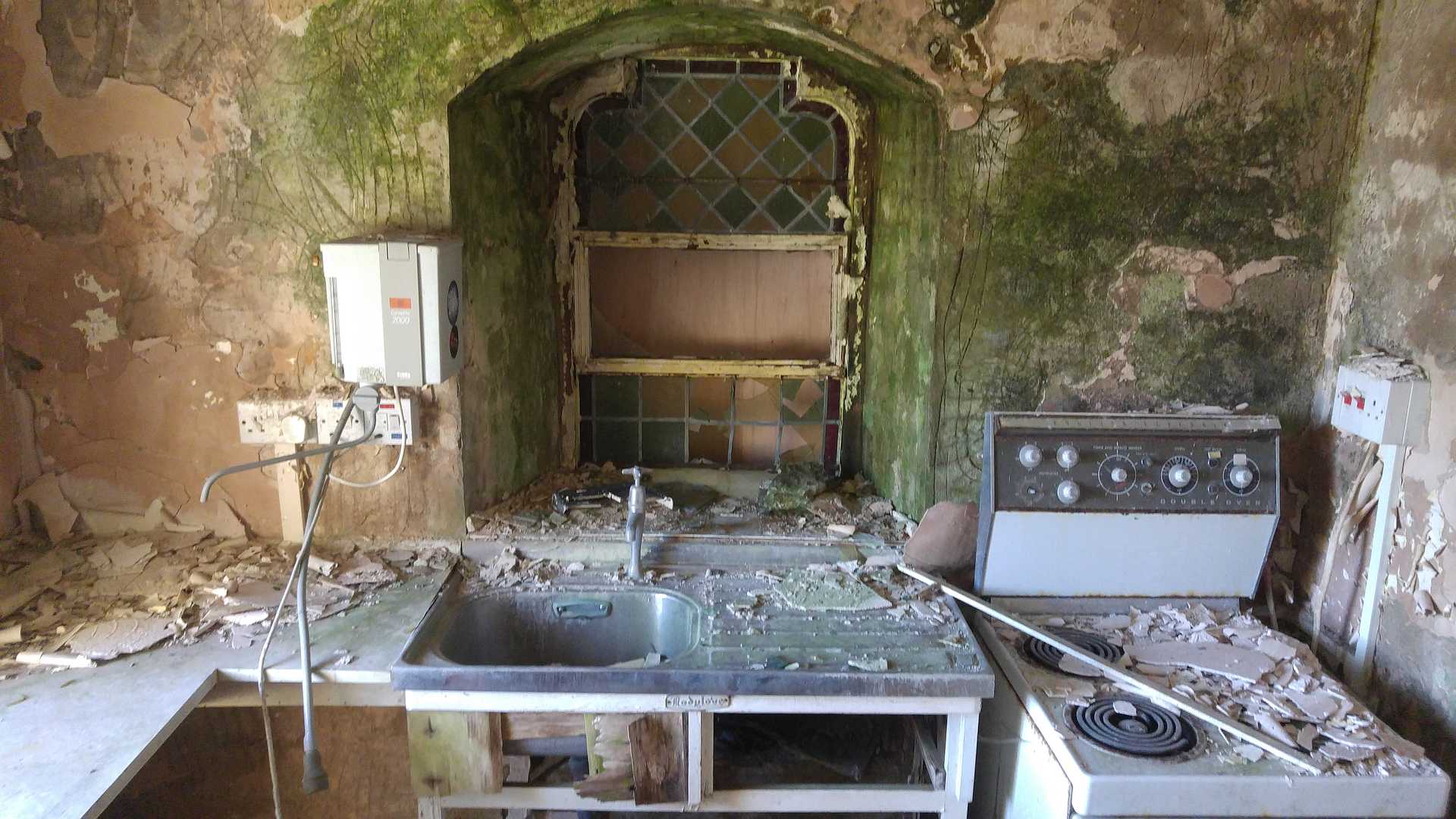 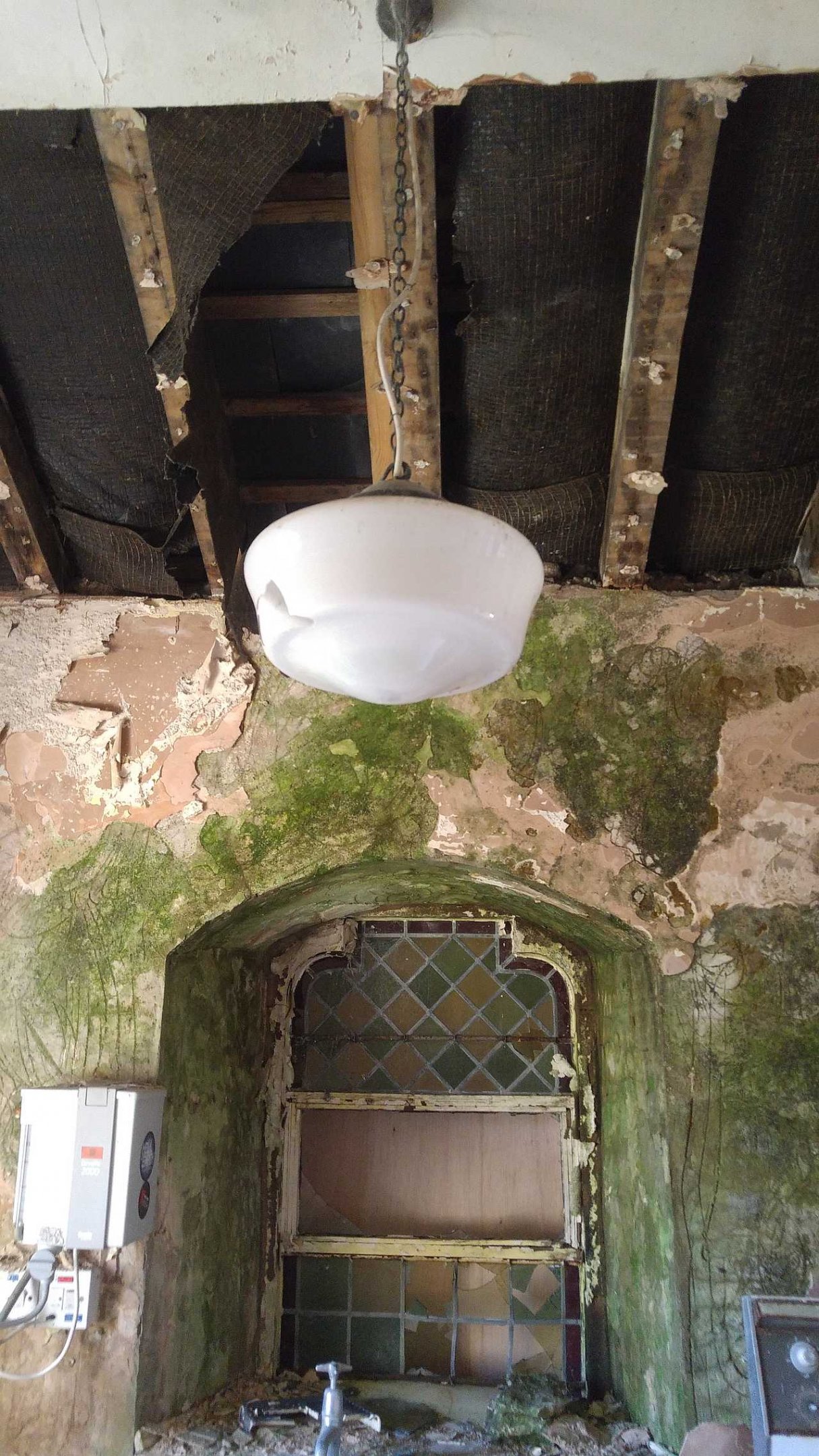 Heading towards the short tower, another lovely door. 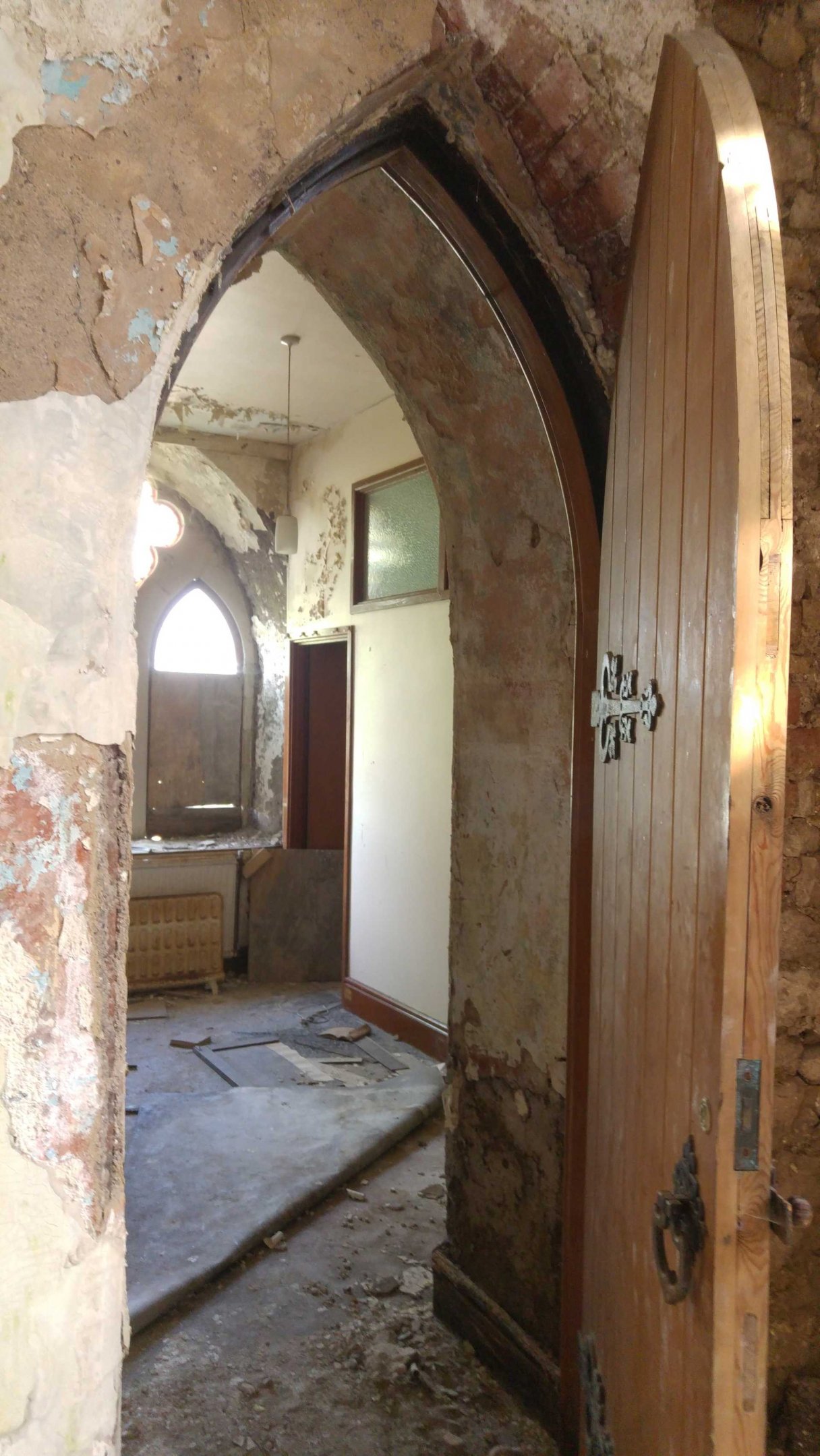 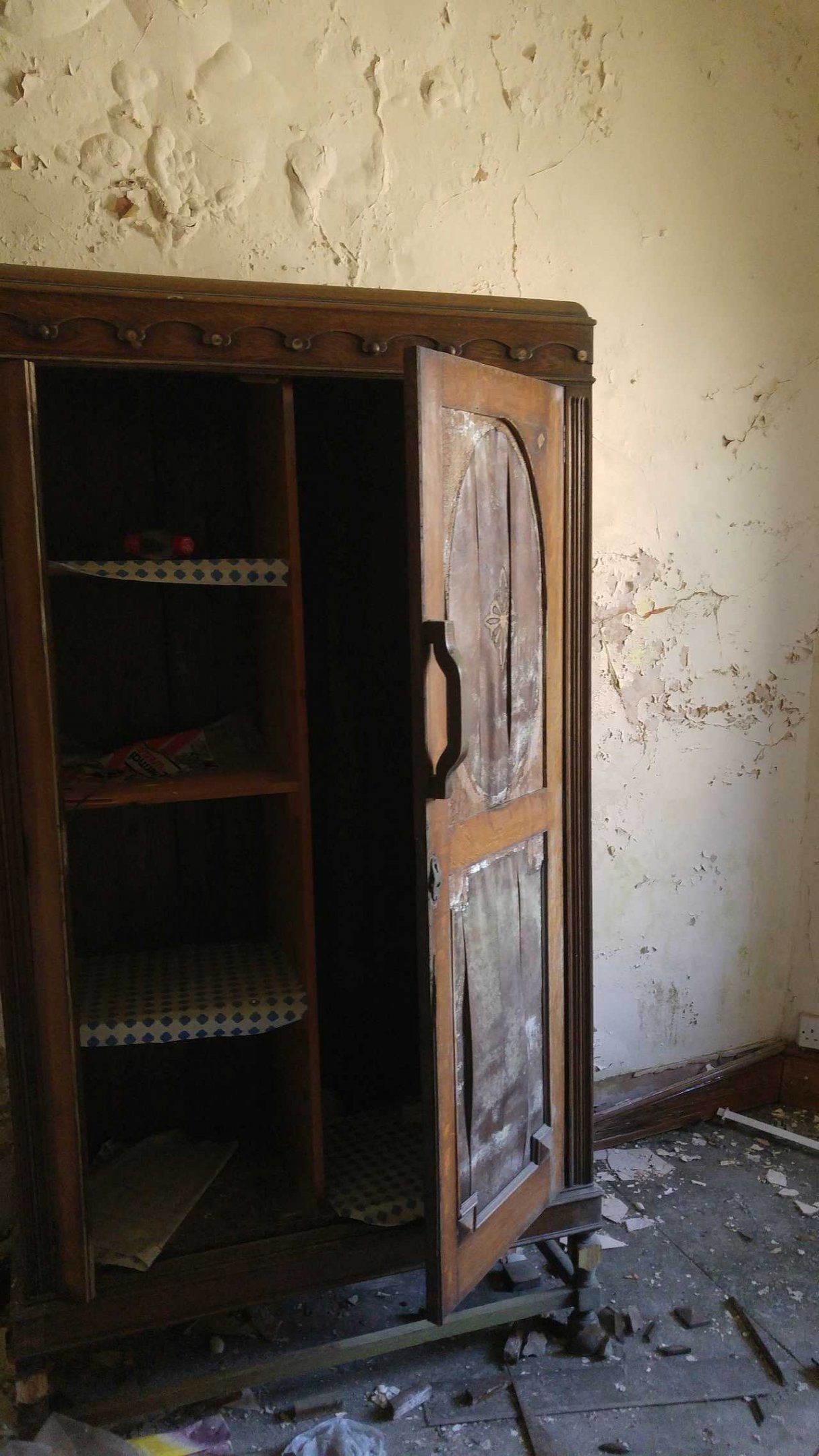 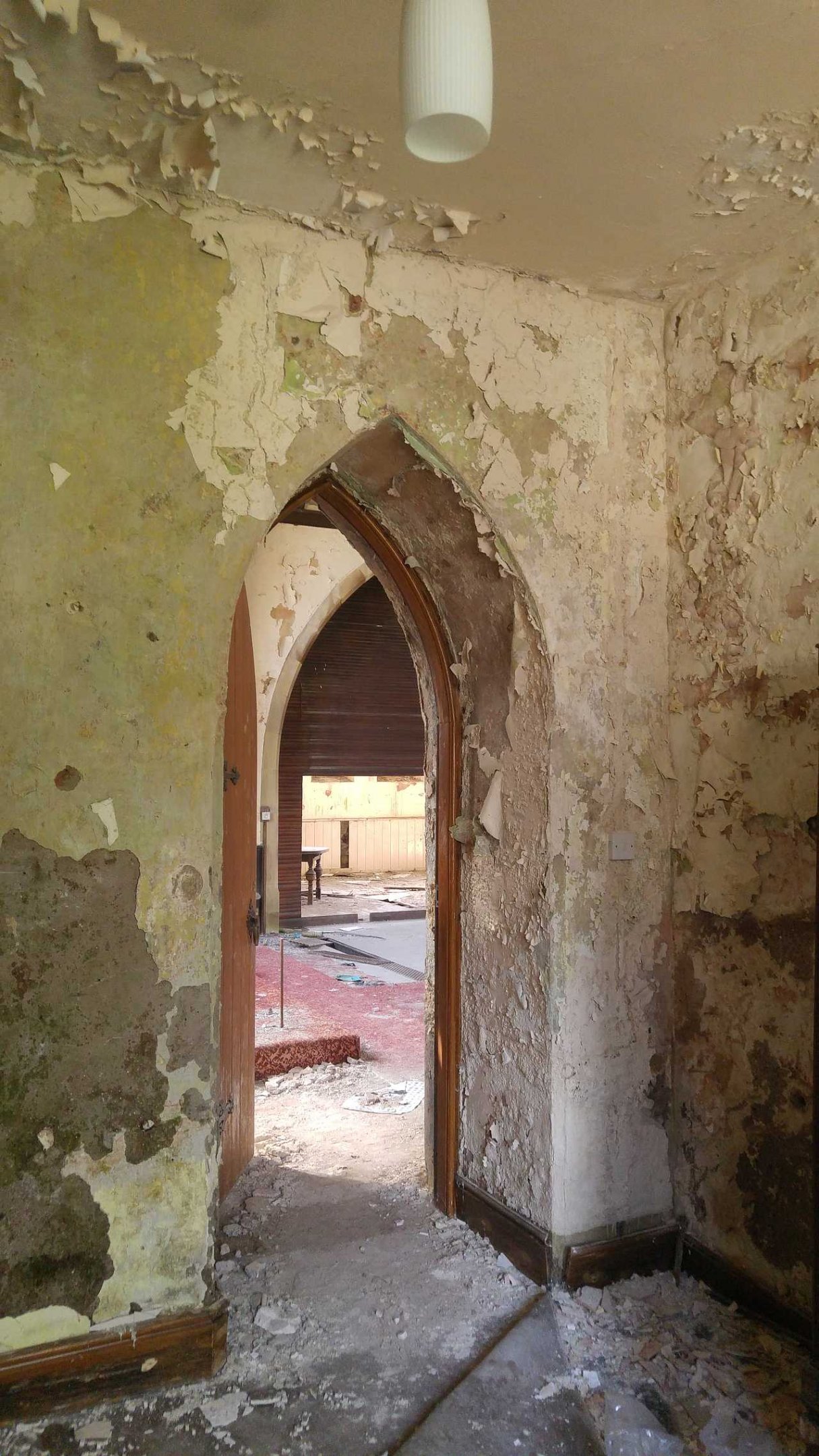 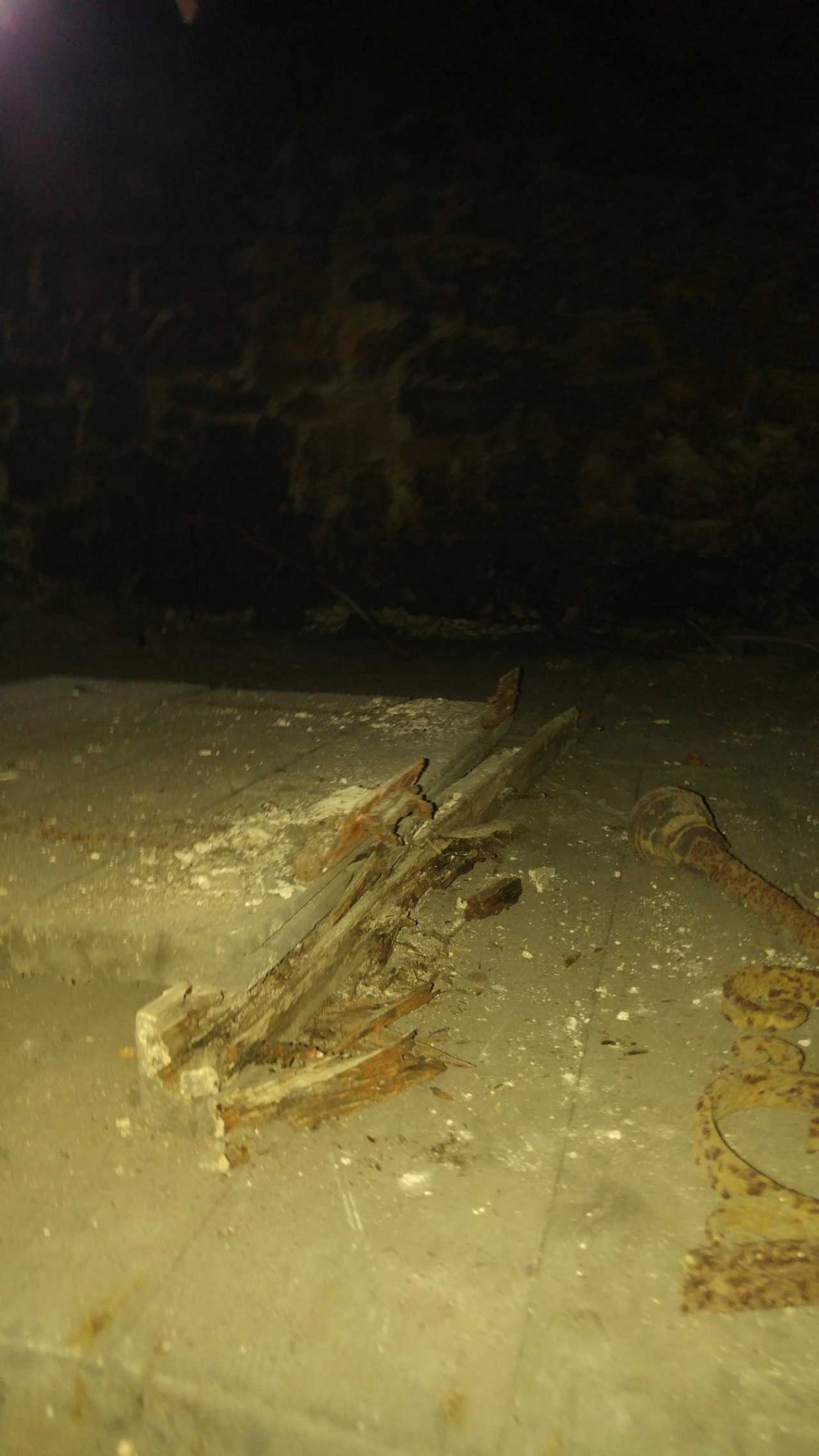 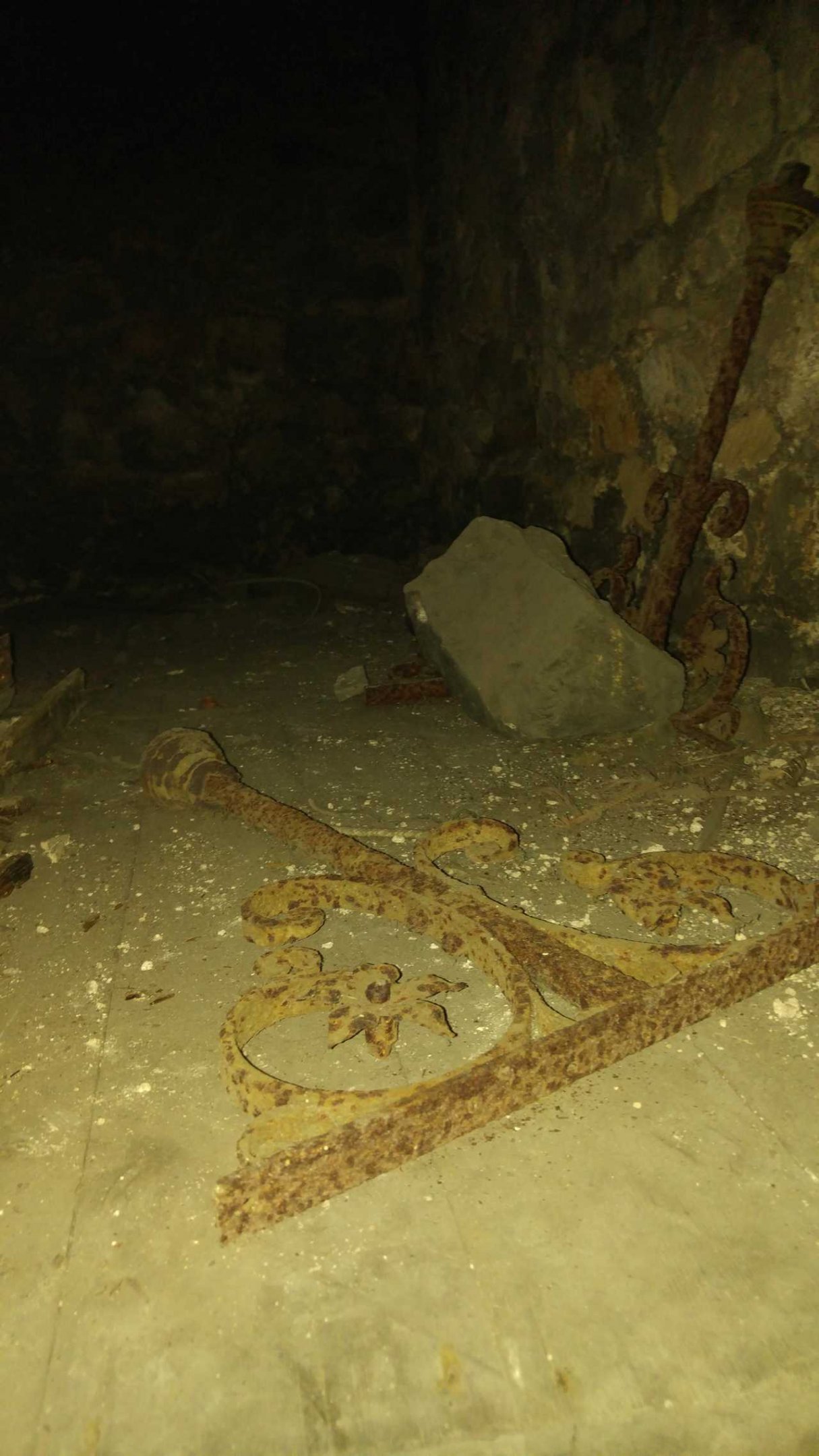 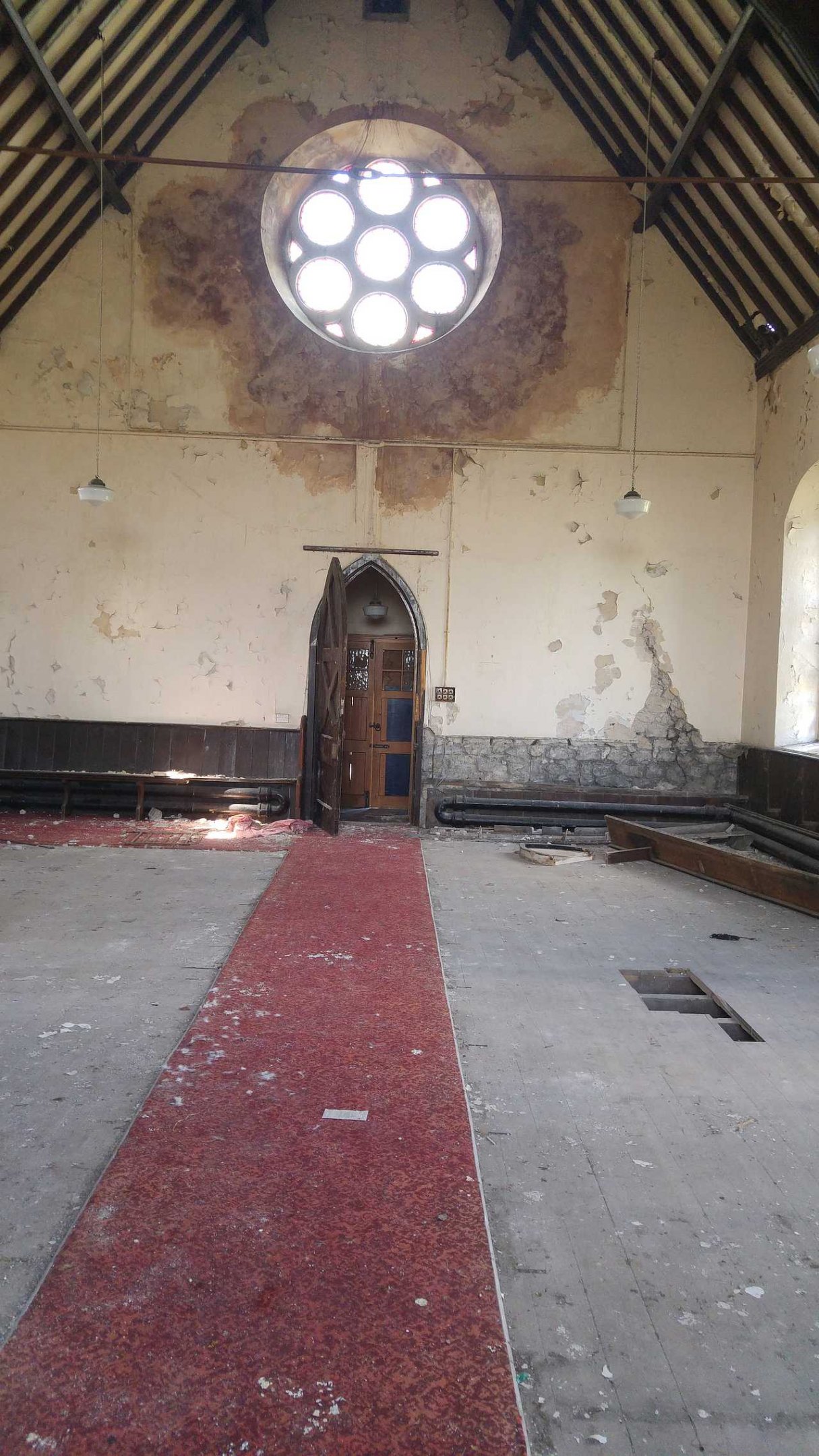 Passing through Dove Holes on the way home the record would be incomplete without the old broken down breakdown lorry from Rosedale Motor Bodies incorporated 1966
For years this was invisible in summer then some of the vegetation was cut down and there it was with a tree growing up through the middle of it. Now things are growing well so it will probably disappear again soon. 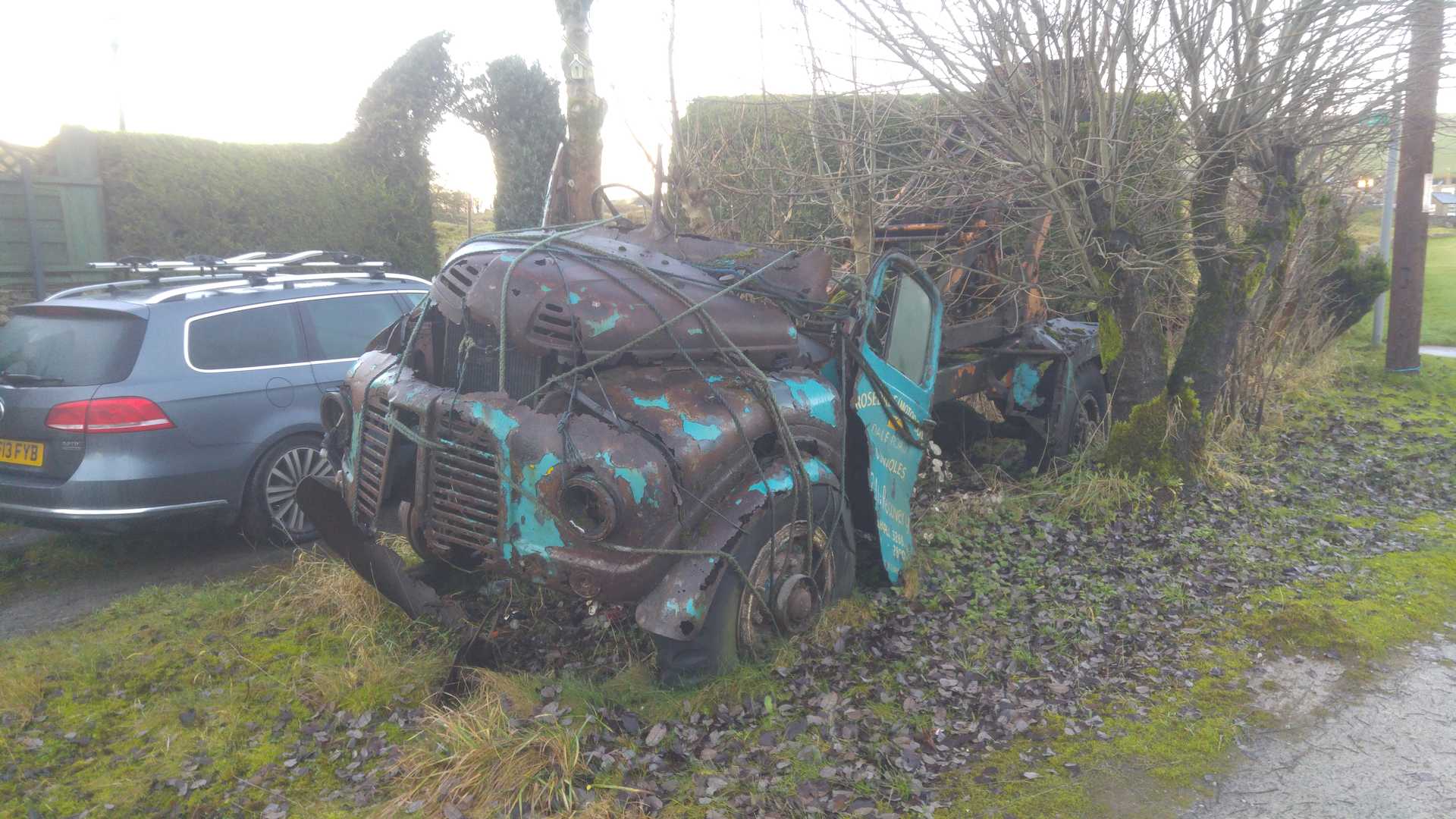 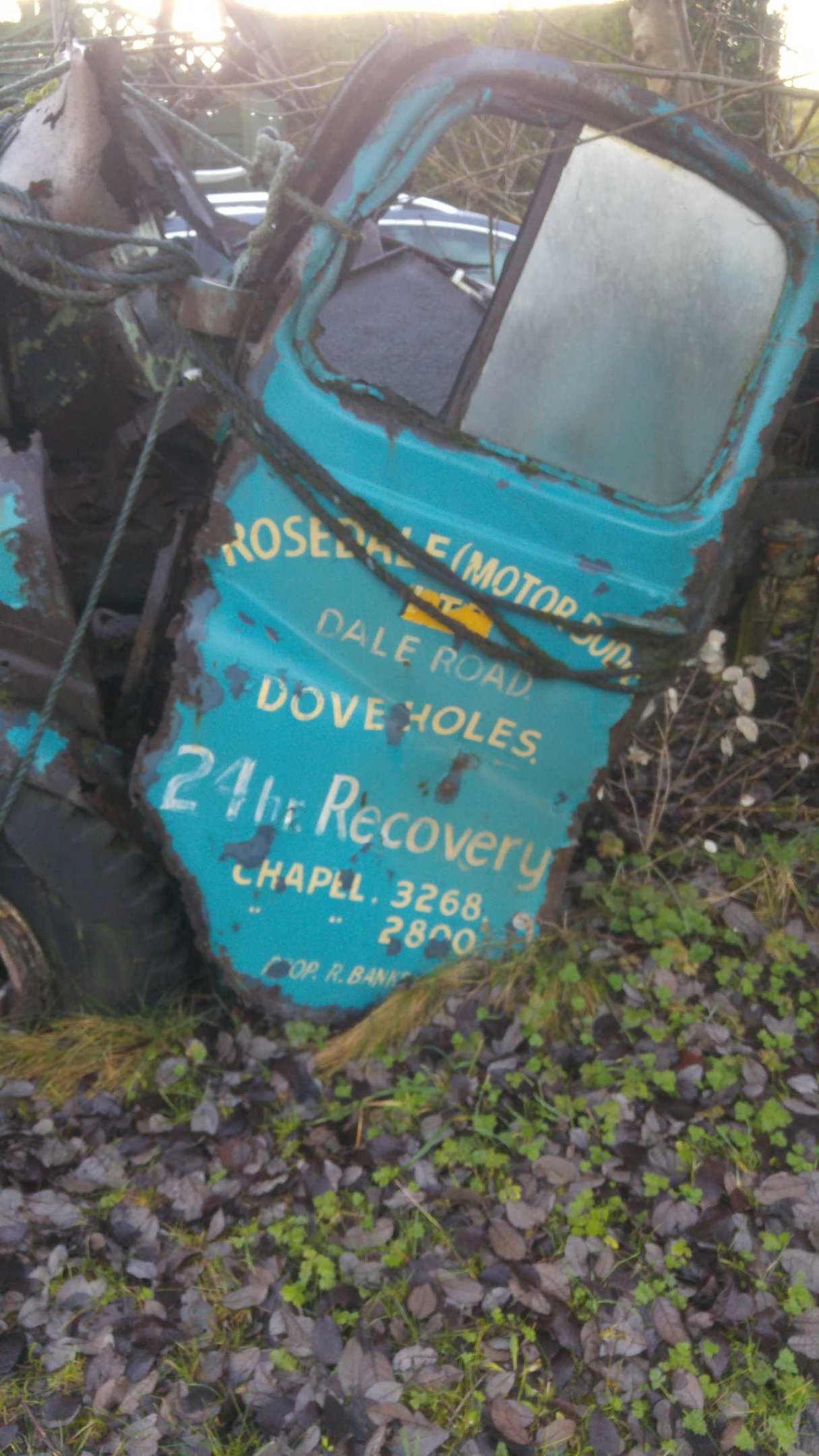 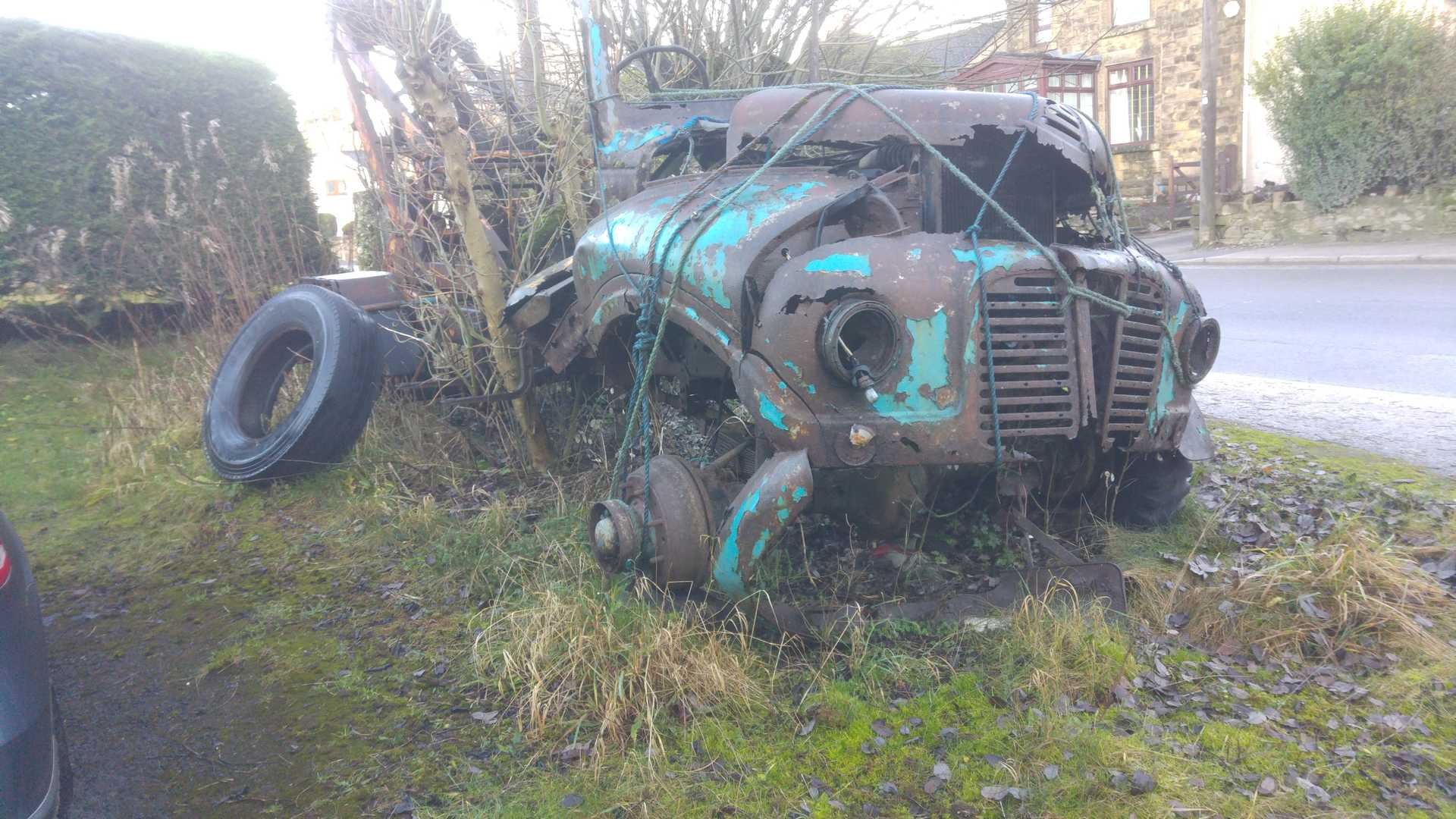 Now there is nothing not interesting about this, I love a church and the owd motors are cracking.
Nice work