I have been passing through the lower Wye Valley for many years and have started staying in the area for holidays at least a couple of times a year for some years now.

Piercefield House and Estate has long been on my list of “must visit” places for many years, but for various reasons I never managed to have the time to do a full explore.

However, on November 24, 2021, I was able to put this matter right and have a good look around. Having found much more material about features of the site whilst sorting out my photographs I will have to return next year.

There is a lot of history about Piercefield House and Estate online – therefore I will not repeat that here.

However, the estate has an interesting history worth investigating and it was one of those locations where the embryo British tourist had its roots back in Georgian times. The area around the house was landscaped and paths created along the cliffs of the lower Wye Valley overlooking the Lancaut Peninsular.

My walk took me from Wyndcliffe Car Park, along the wooded cliff path to Piercefield House, past the Stable Block and Walled Garden and down to the Lion Gates where I caught a bus back to the car.

Quite a few images of the house and stables have appeared over the years and in many it can be seen to be surrounded by a somewhat ramshackle block and mesh fence. This has clearly been recently replaced by a high, substantial security fence. The fence is so new it has not had time to tarnish and weather thus I guess it has been erected in the past couple of years at most.

This is the hydraulic ram house which provided water for a nearby Plunge Pool - one of the attractions for early tourists. I only discovered its function after my visit and it will be revisited for a closer look in future.

The cliff top path created for early visitors to the estate. It can be very steep in places and whilst modern clothing is eminently suitable for walking one really does wonder how Georgian and Victorian ladies in particular coped!

The Giant's Cave - this was a natural feature adapted and enlarged to become a principal feature of of the Piercefield Estate Walks - this is the Wyndcliffe facing entrance.

Recently restored viewing point immediately outside of the Giant's Cave. Back in the day a cannon was located here to generate echos to thrill early tourists.

Remains of an ornamental cascade which emerged from a small cave 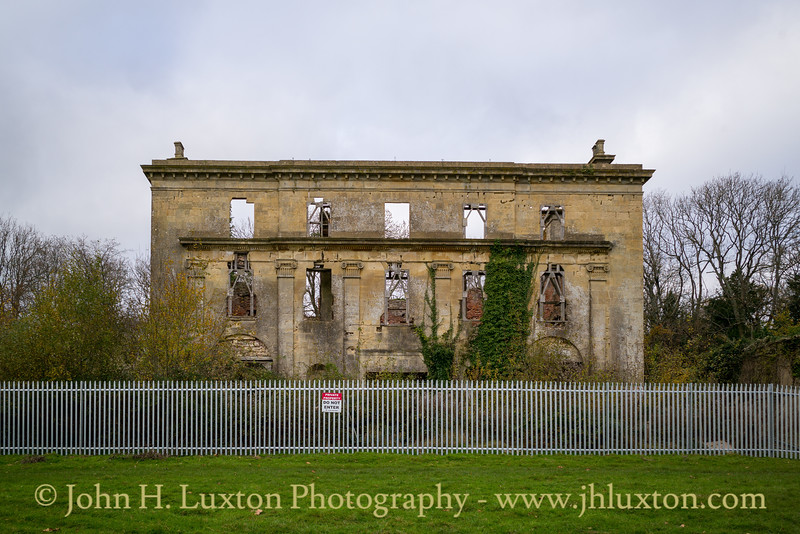 Piercefield House as can be seen the masonry is in a very parlous state. The house has lain unused since the 1920s when the estate was sold to the Chepstow Racecourse Company. It was severely damaged by the US Army during urban battle training prior to D-Day. Given its location next to the popular Chepstow race course one wonders why it was never restored as a hotel?

The main house is flanked by two pavilions as can be seen here.

Wall garden entrance, with garden bothy and wall alongside which greenhouses once stood. 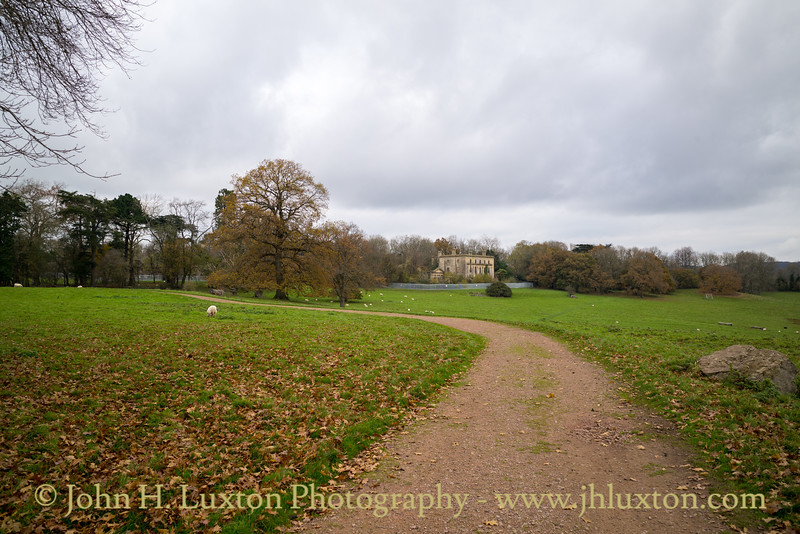 View from the carriage drive

The impressive Lion Gates and Lodges which marked the entrance to the carriage drive and which are now the vehicular entrance to Chepstow Racecourse.

That concluded this explore - next year I must return and explore the cliffs south of the house down to the Grotto feature which I omitted.

Thats rather lovely that