Something a bit different I have & this is one has become a bit of a saga.
Not put this one out public till now for reasons Ill explain later.. 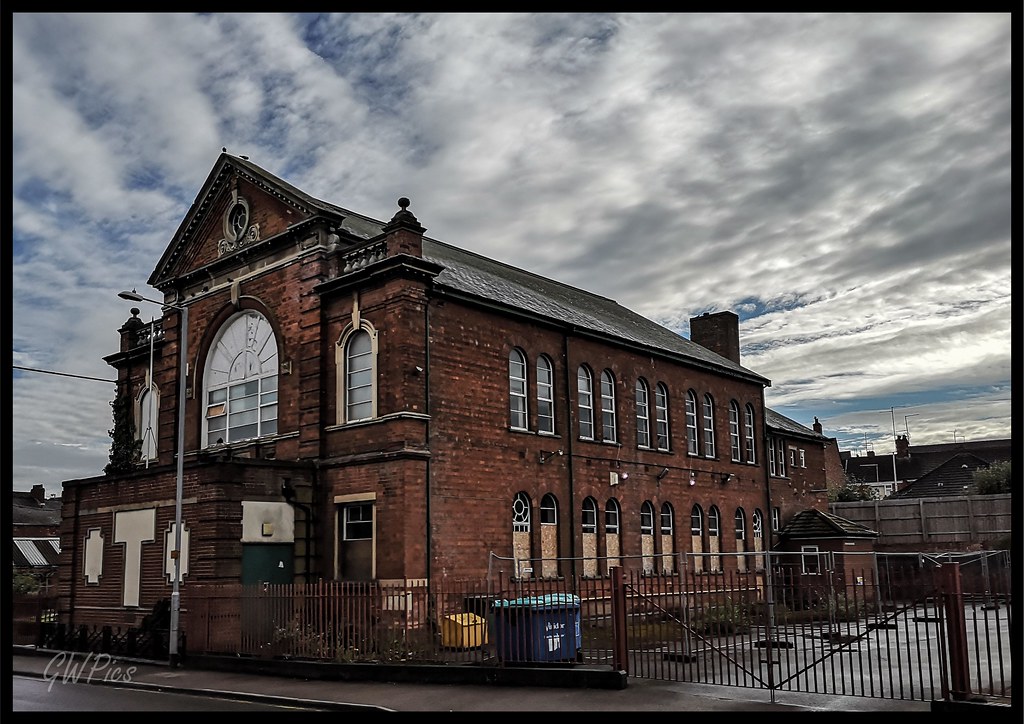 Ok what do I know about this place? not a lot Im afraid from when it was a chapel but this is all I can find.
The site has been used as part of the Primitive Methodist movement since 1874 when an iron chapel was opened on this site.
The Primitive Methodist Brick Chapel erected on Bath Road in 1906 was a very large, impressive red brick structure with architectural detailing to the front.
The design was classical with a roundel in the pediment and a name strap below. The lettering has been largely obliterated but it is still possible to discern the letters MIT from Primitive. The porch is a modern, probably Timson addition. In 1940 the accommodation consisted of a chapel measuring 78½ feet by 34 feet and seating (in pews) 276 on the floor of the chapel and 220 in the gallery which extended around three sides of the building, a hall 66½ by 33 feet, and six vestries/classrooms
I did also find that the chapel had a marriage license between 1914 & 1940... but that really is it! 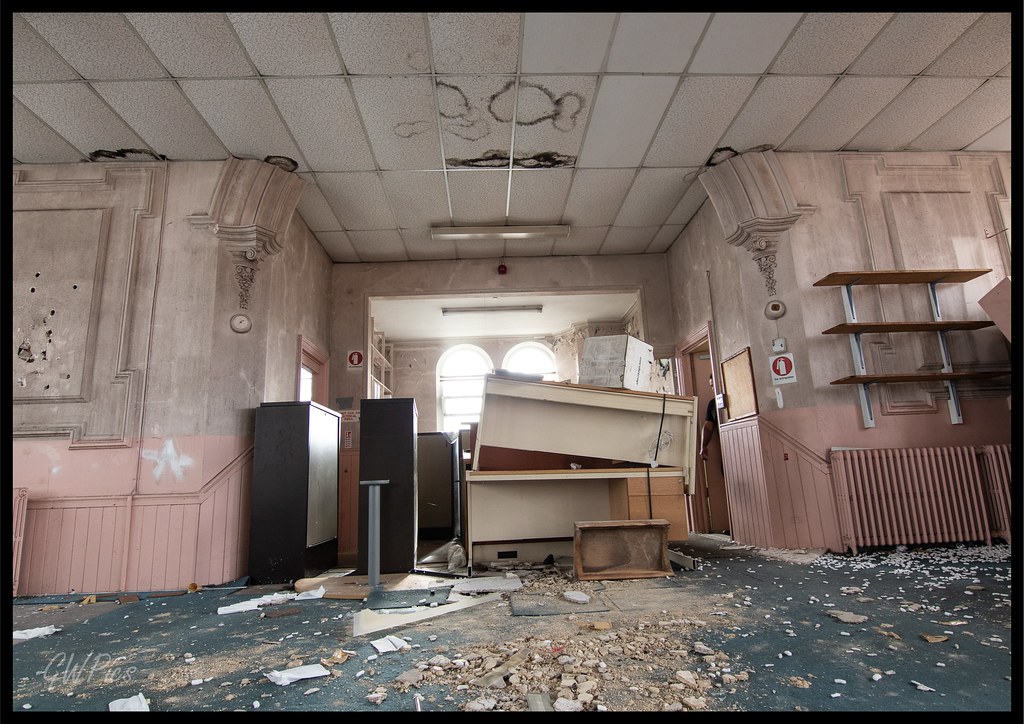 I know a bit more about Timsons engineering however, as I have several friends who worked their including a lady who I work with now who worked in this very building & recalls memories of taking documents twice daily to a "secure unit" (glorified shed) across the car park come rain or shine!
I also know Timsons was the premier engineering company in Kettering & everyone interested in engineering wanted one of their few apprenticeship places including myself. I passed their competence exam but alas failed at the interview stage, meaning that I ended up at another engineering company where I am to this day, but given that Timsons have made massive redundancies over the last few years & are just hanging on by the skin of their teeth this was probably not a bad thing. 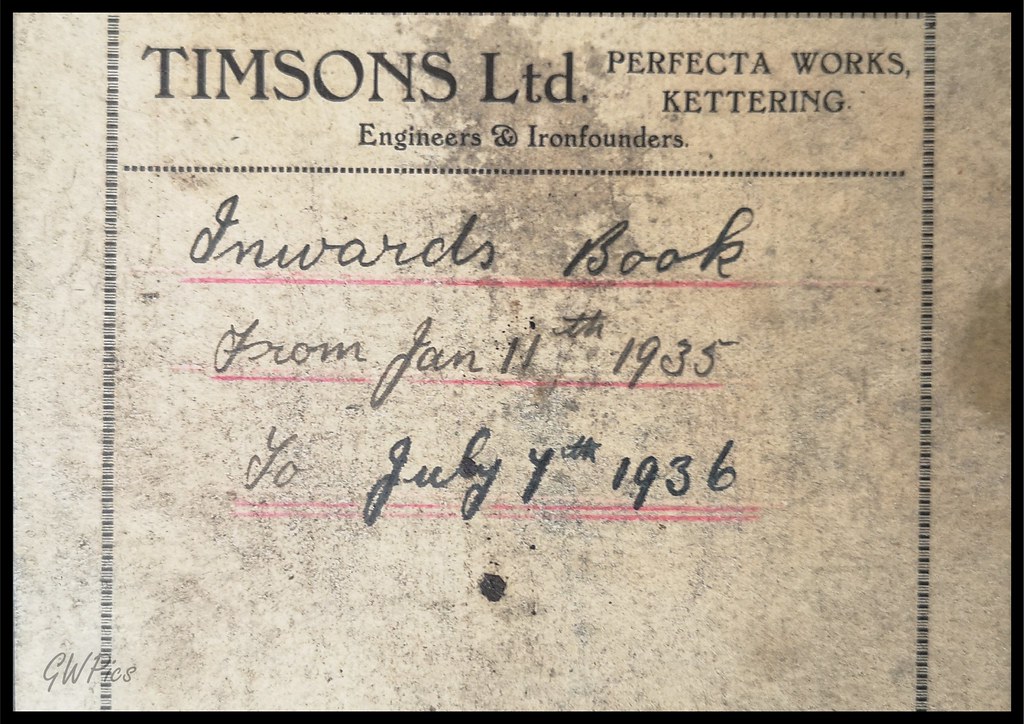 The chapel was closed and became the head office for Timsons Engineering C1940 whose main primises are on the opposite side of the road. At present the building is little used although it is surrounded by Timsons carparks and the garden on the south side has been well maintained
Most the original internal features have gone & the addition of a mezzanine floor has cut trough the main arch so this is barely recognisable as a chapel.
I believe there was a high level bridge created across Bath road to Timsons main works but strangely I cant find any pictures or mention of this so maybe I just imagined it.
Timsons did apply for demolition in 2016 but fortunately to date this has not happened. 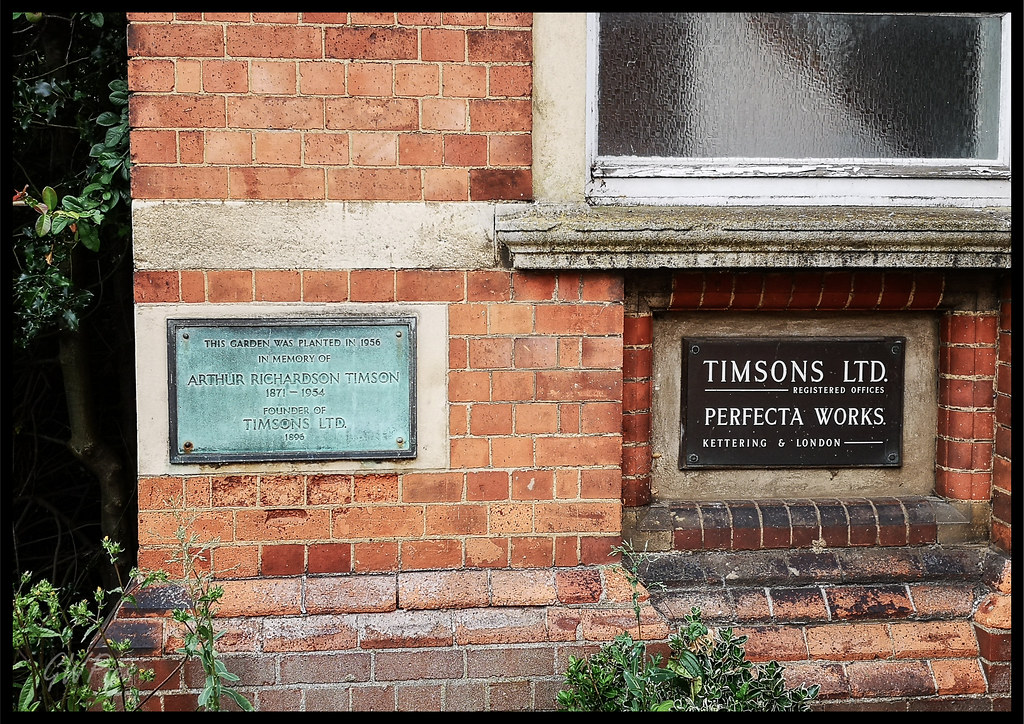 After an unusually fruitless day & travelling hundreds of miles I suggested we checked this out on way back as its just down the road from my house.
Iv looked at this many times but never really bothered as aforementioned the car park either side is still used by Timsons "business centre" as it now is so any access point would be quickly spotted & sealed, so you can imagine my delight when we jumped over & found access at the rear.
We didnt have long in here as we clocked a pir flashing so grabbed what pics we could & got out.
So why was this open? the reason became apparent the next night, I had to walk back that way so thought I would take a few more externals & was shocked to hear smashing noises then witness a fire ext career through the 1st floor window onto the gardens!
I couldnt believe it, this has been untouched for as long as I remember then the night after Id been in the windows get smashed, hence my reluctance to post as I didnt want to be associated with this.
It did occur to me after though that said hooligans were prob the ones that opened it just before my visit!
So I shouted that they had been spotted & the smashing stopped, within seconds the rozzas rolled around the corner so someone else had obviously called them. I was stood out front & they asked me "do u know where they are getting in" which I instinctively replied "yeah round back... Oops" Anyway 5o climbed the fence but as the wpc was struggling to get over I saw said crettins appear at the far side & shouted for her to get em, they went back round the building straight into officer No1's arms much to my delight.
Im guessing they just got a slap on the wrist but am hopeful they threw the book at em!

Sure enough a few nights later the top windows they smashed had been fully boarded so hats off to Timsons for that.
Anyway heres some pics, first off the few remaining chapel features. 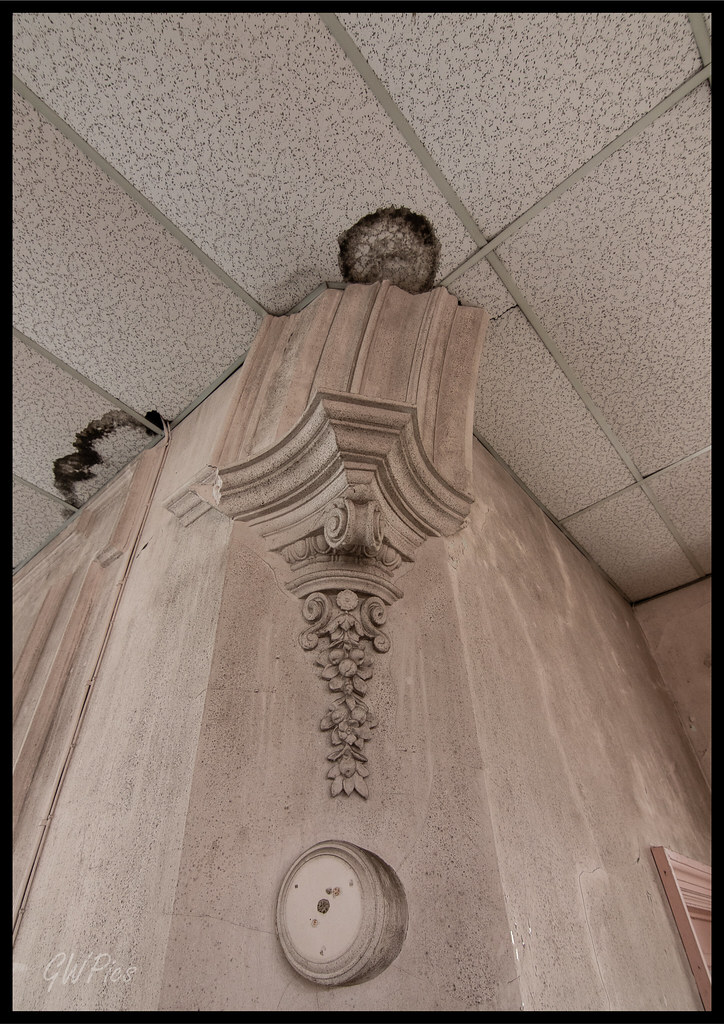 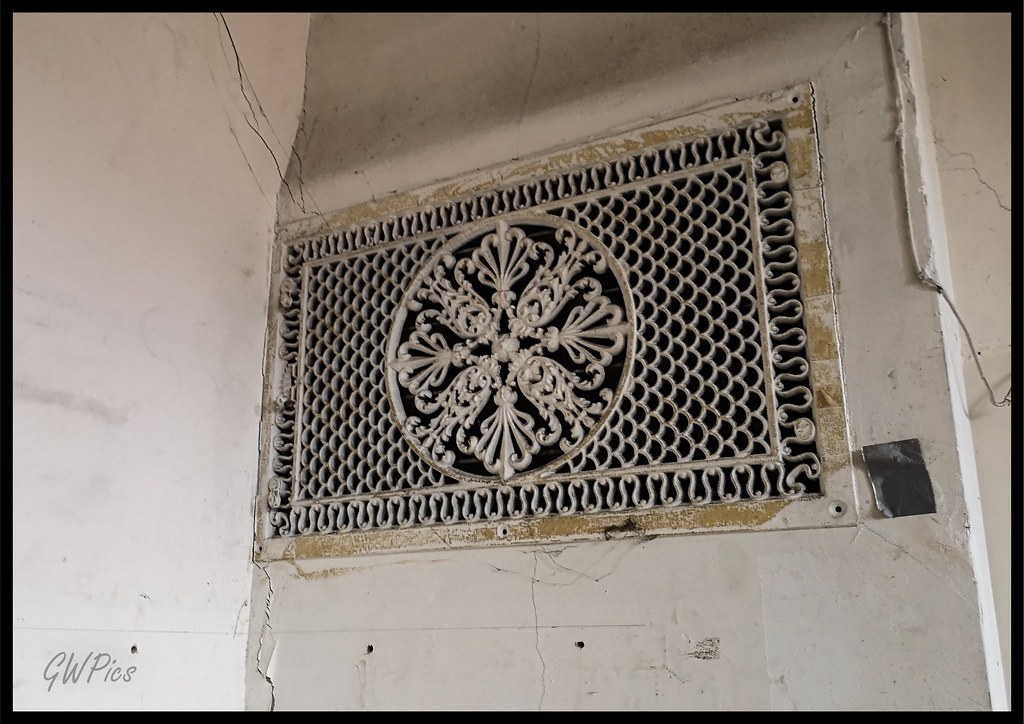 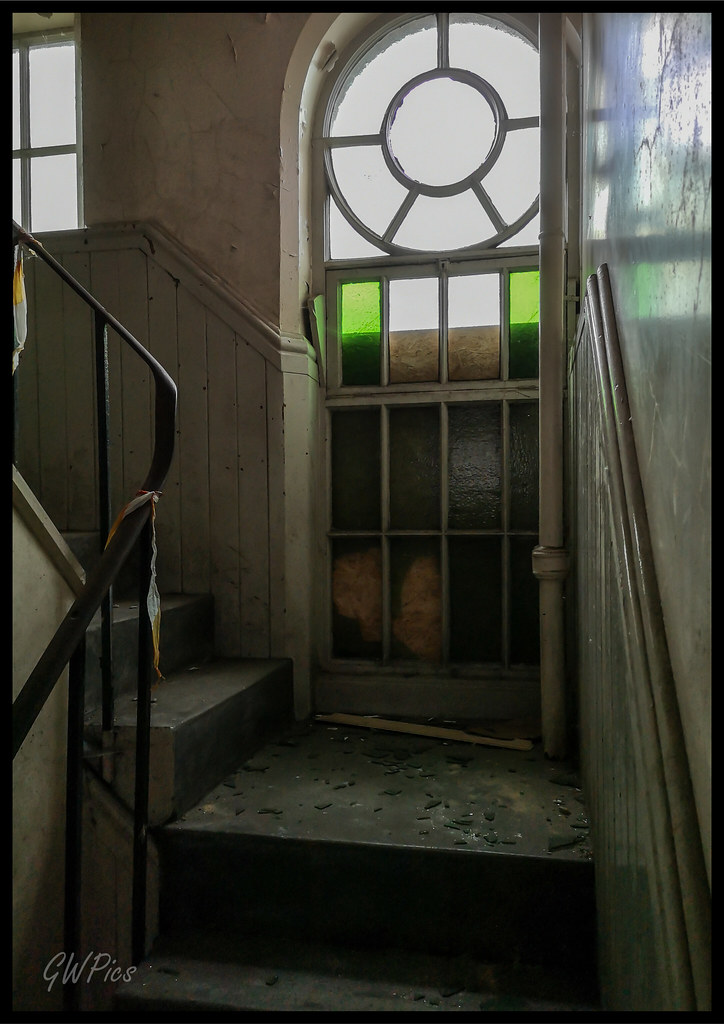 The rest of the pics are relics from Timsons, but still some interesting stuff 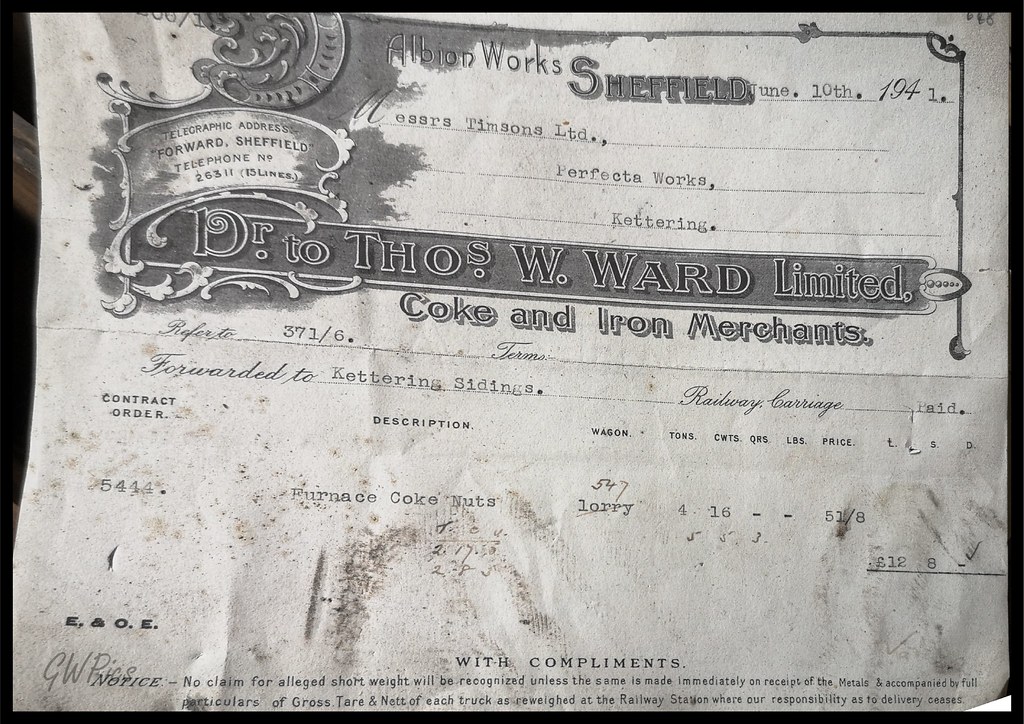 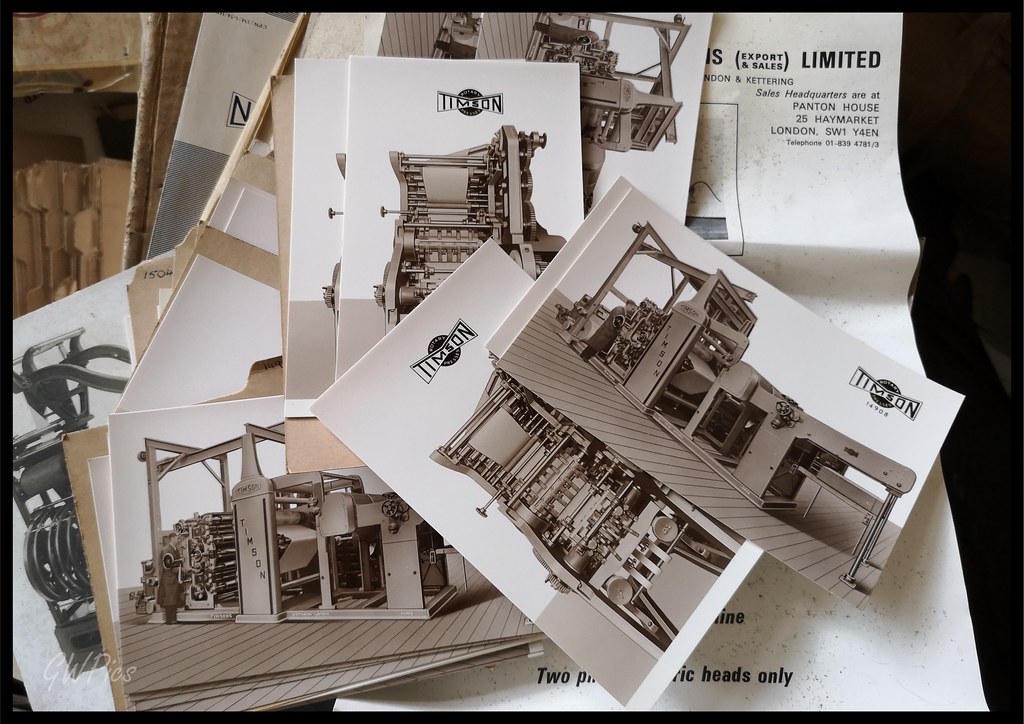 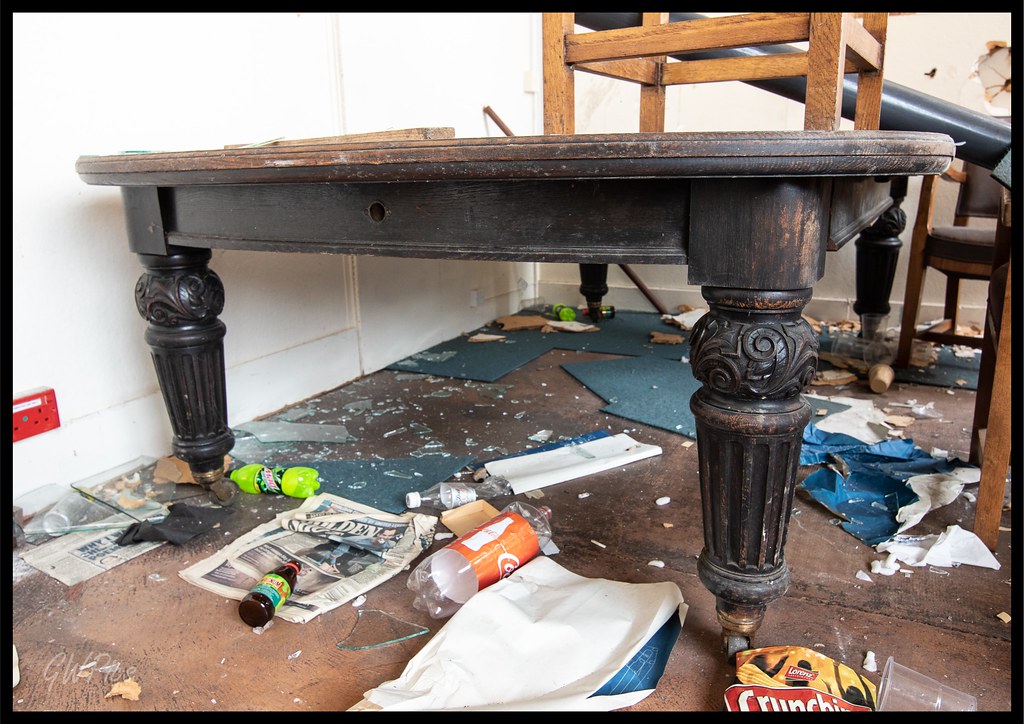 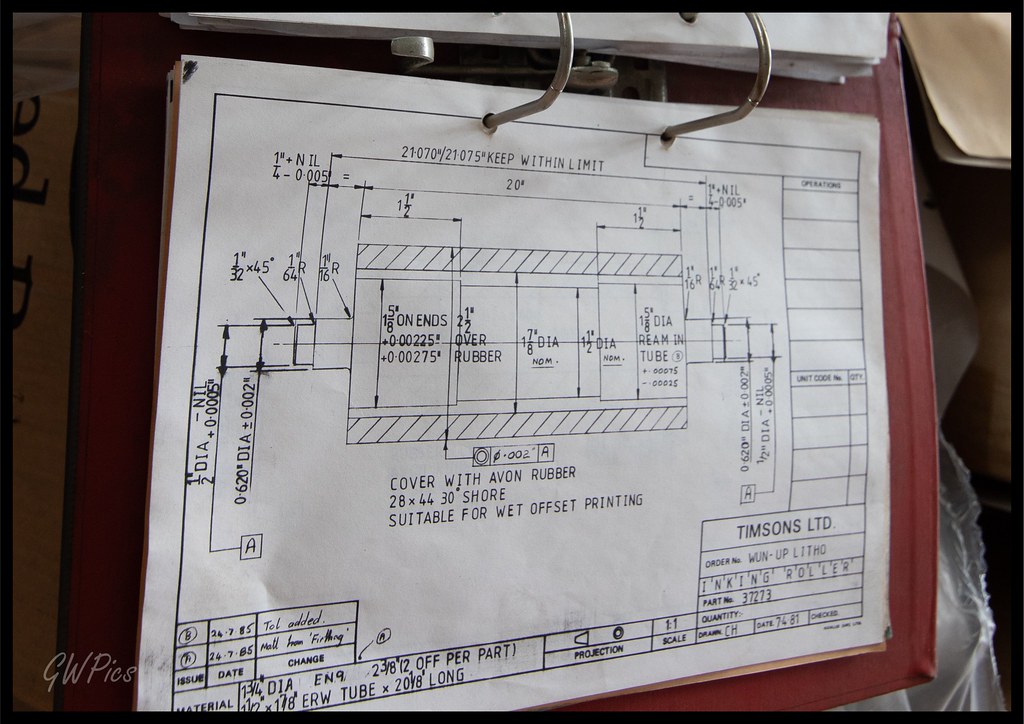 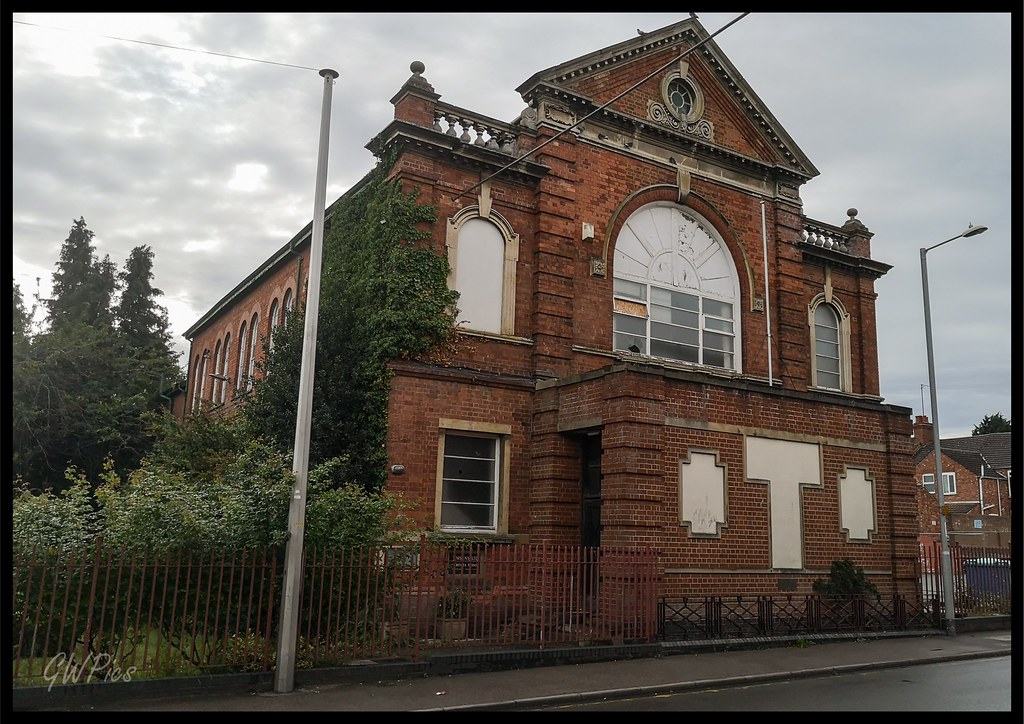 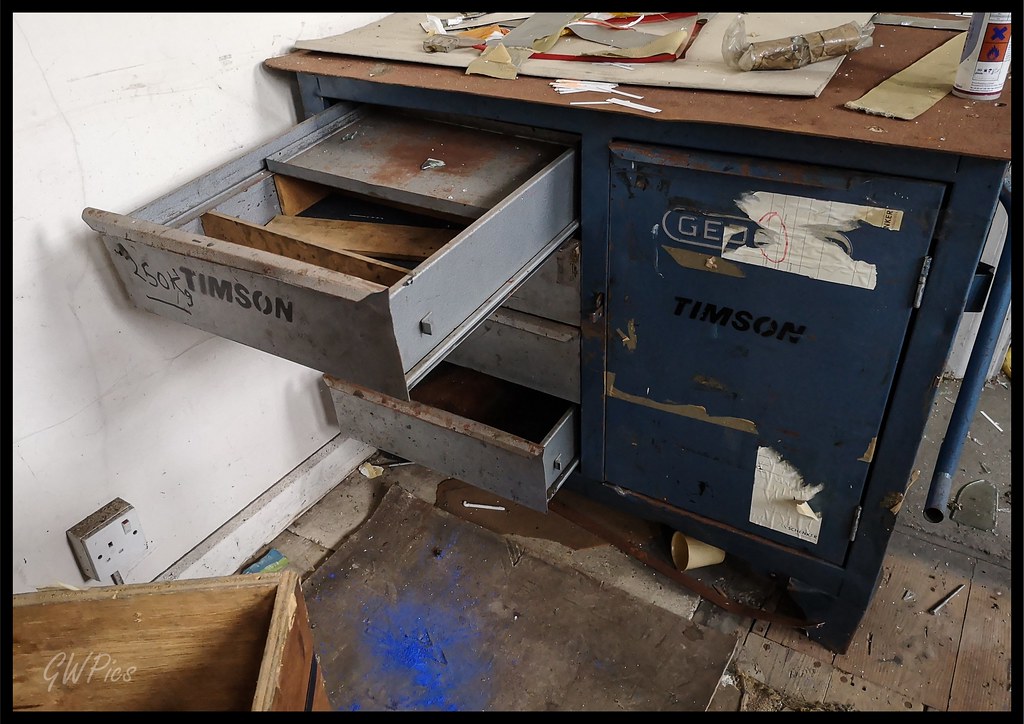 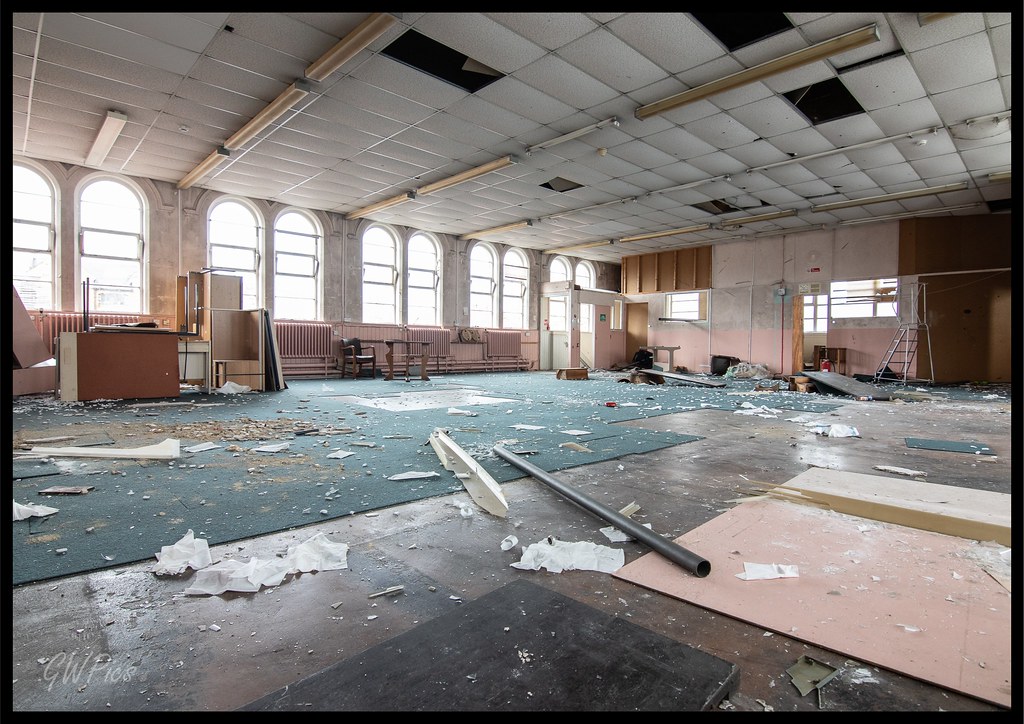 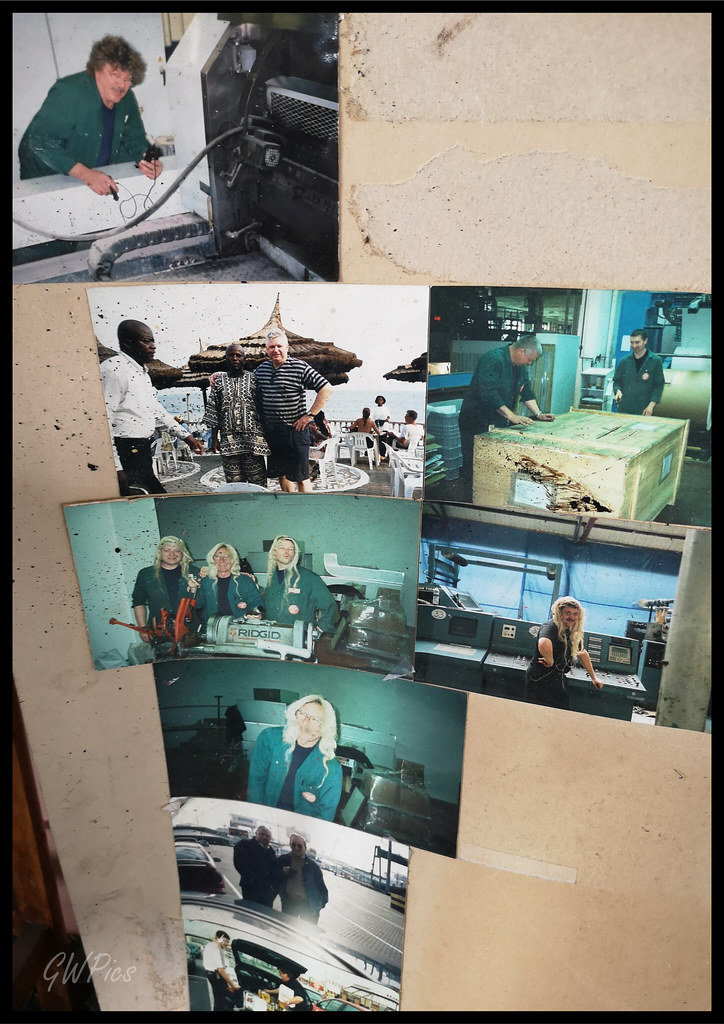 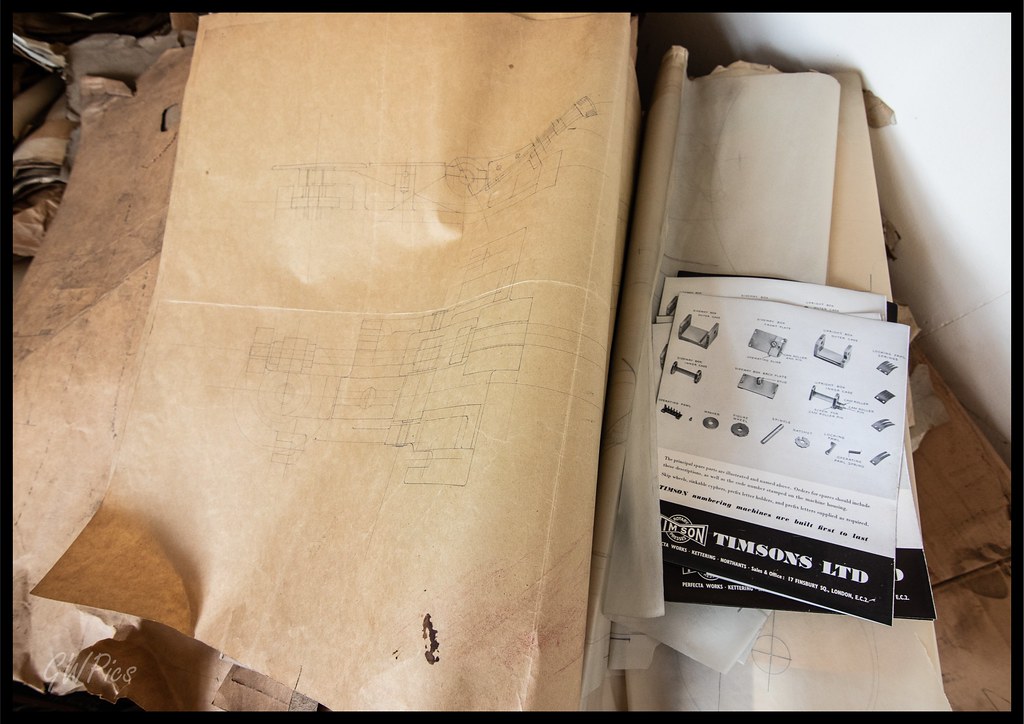 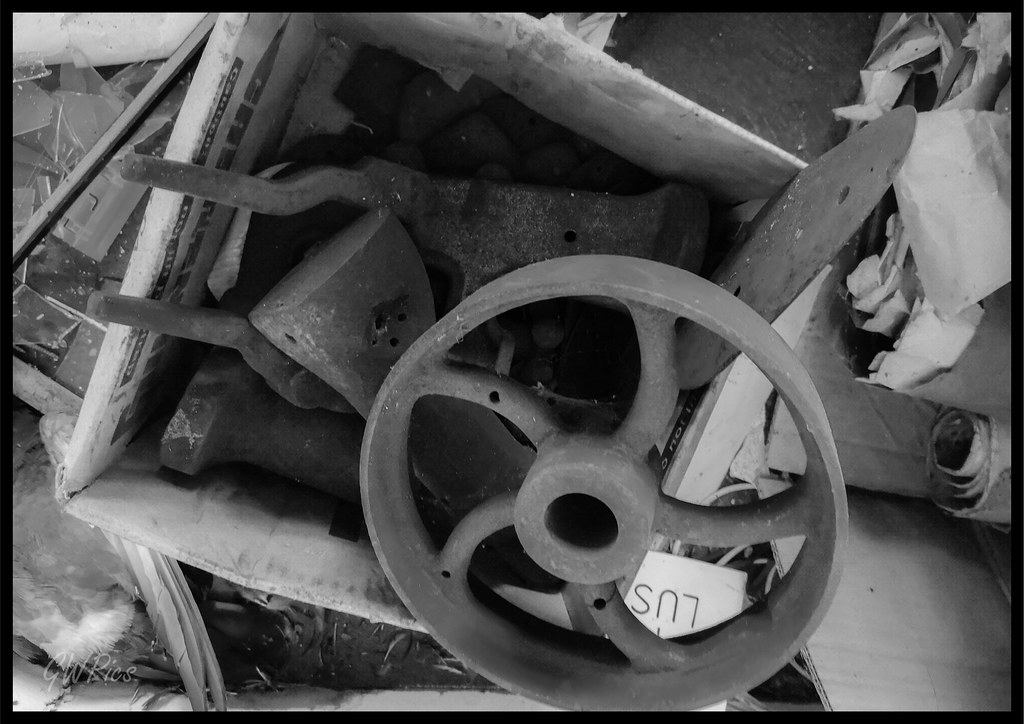 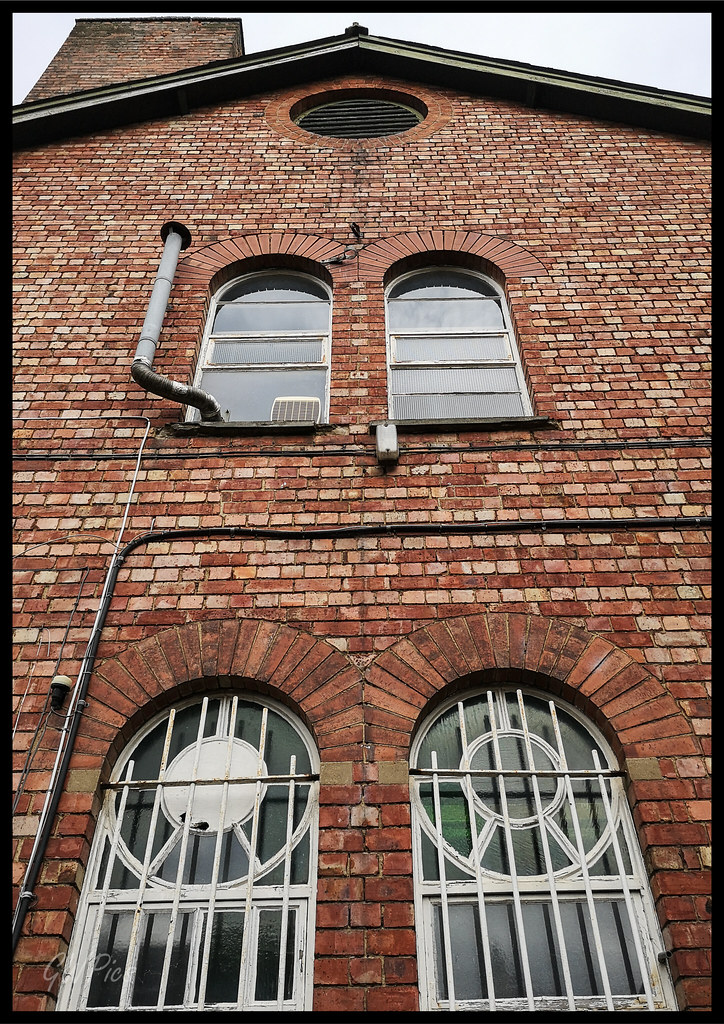 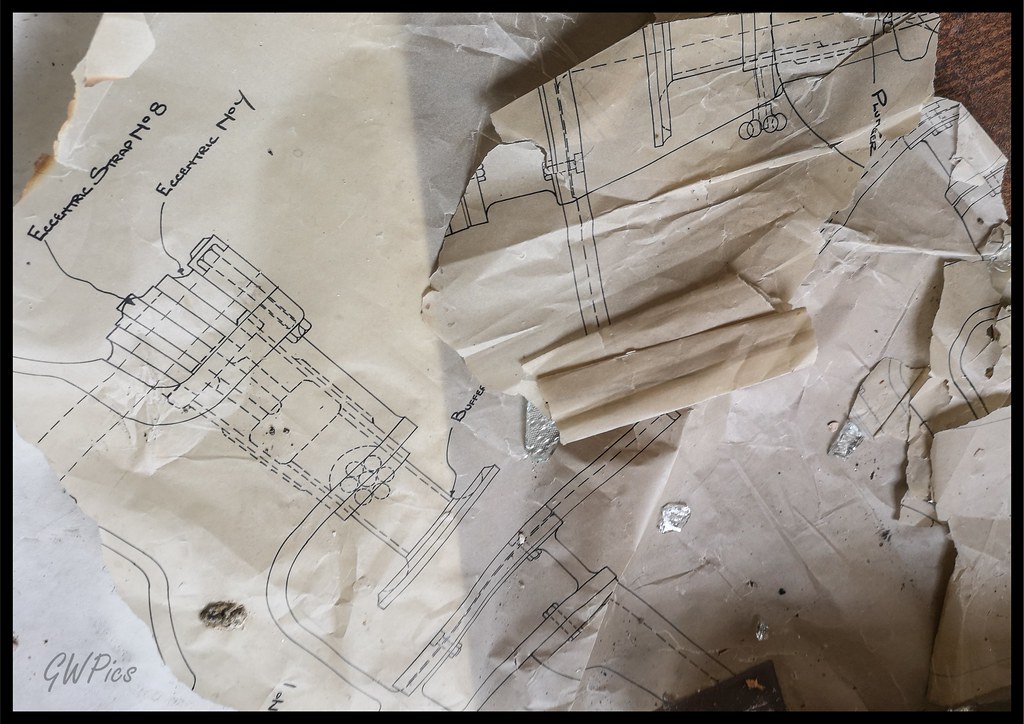 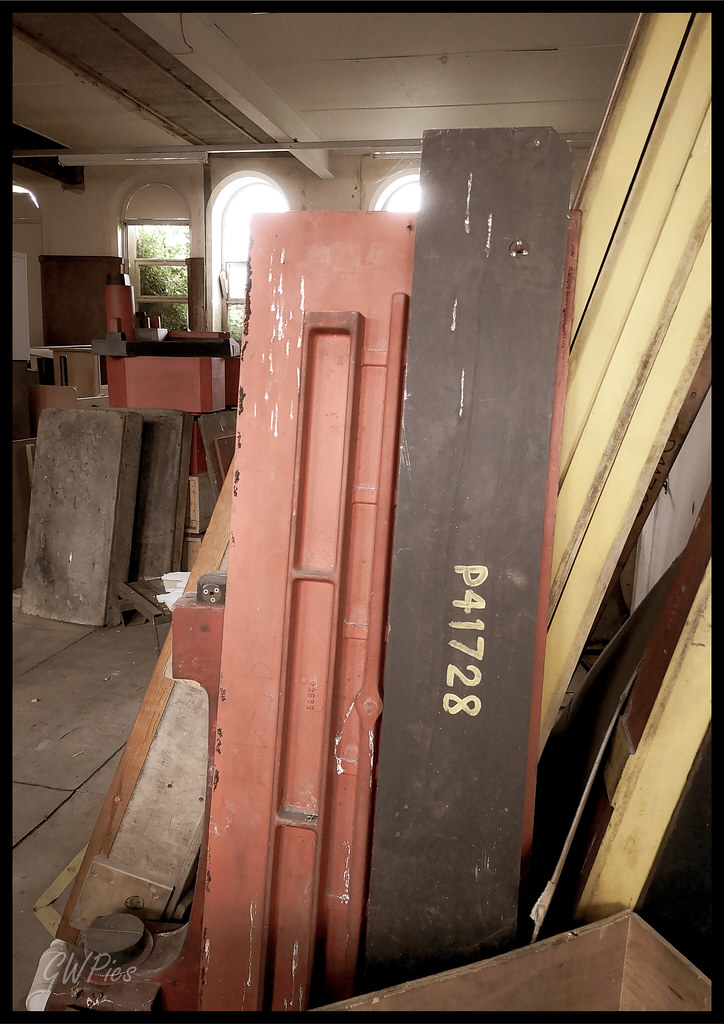 & Finally this poor phone pic. Note ALL the top windows put out but the scum got nabbed! 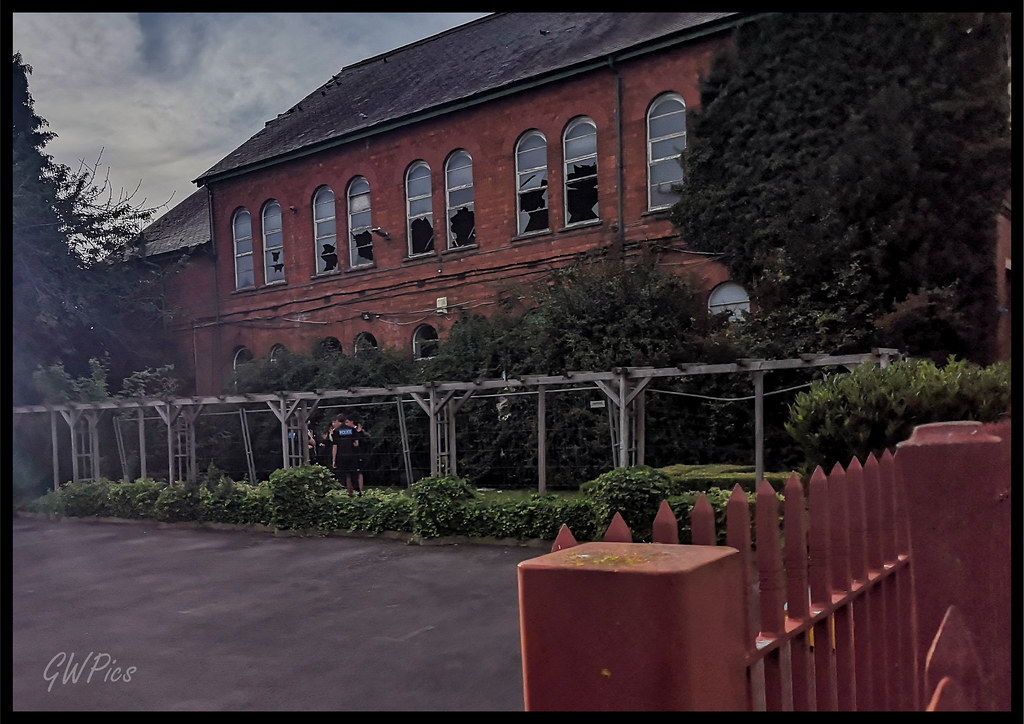 Stop The Planet, I Want To Get Off!
QuoteReply
ReportBookmark

What a beautiful old building, shame to demolish it if another use could be found. They could get done for aggravated trespass

night crawler said:
What a beautiful old building, shame to demolish it if another use could be found. They could get done for aggravated trespass
Click to expand...

Excellent as ever - love the lime green glass

Roderick said:
Excellent as ever - love the lime green glass
Click to expand...

Thanks for more very good pics. Bring back the tawse! And name and shame.