First off this one kind of straddles industry and military which is a little odd for deciding where to put it, so I put it here.

I'll be honest, I thought this location was already demolished. Thankfully I was informed that it wasn't and so a plan was hatched to see somewhere I wish I had seen earlier, were I not convinced it was flattened. I like to have a general idea of what to expect coming into a big explore like this however, short of a couple of details I had no idea how we'd be accessing anything and no clue if much of it would even be accessible at all, which is always fun. As it happens we managed to see probably 3/4s of the buildings - only the large grey modern one and one of the sprawling single storey blocks plus an office building or two evaded us in the end. The highlights must be the huge building full of old labs and equipment and all sorts, plus the fully complete mock up R3 ROTOR bunker located in one of the buildings. The bunker was the final building we got into, finishing on a high as such.

The two groups had been closely associated since before the opening of World War II, when the predecessor to RRDE was formed as a small group within the Air Ministry's research center in Bawdsey Manor. Forced to leave Bawdsey due to its exposed location on the east coast of England, both groups moved several times before finally settling in separate locations in Malvern beginning in May 1942. The merger in 1953 that formed the RRE renamed these as the North Site (RRDE) and the South Site (TRE). In 1991 they were partially privatized as part of the Defence Research Agency, which became Defence Evaluation and Research Agency in 1996. The North Site was closed in 2003 and the work was consolidated at the South Site, while the former North Site was sold off for housing developments. The RSRE is now part of Qinetiq.

The earlier research and development work of TRE and RRDE on radar was expanded into solid state physics, electronics, and computer hardware and software. The RRE's overall scope was extended to include cryogenics and other topics. Infrared detection for guided missiles and heat sensing devices was a major defence application. The SRDE brought satellite communications and fibre optics knowledge.

RSRE was formed in 1976 by an amalgamation of previous research organizations; these included the Royal Radar Establishment (RRE), itself derived from the World War II-era Telecommunications Research Establishment. In 1979 it merged with the Services Electronic Research Laboratory (SERL) formerly at Baldock and the Signals Research and Development Establishment (SRDE) formerly at Christchurch. There were out-stations at the ex-RAF airfields at Defford and Pershore. Another out-station was the satellite tracking station at Sheriffs Lench. In April 1991 RSRE amalgamated with other defence research establishments to form the Defence Research Agency, which in April 1995 amalgamated with more organisations to form the Defence Evaluation and Research Agency. In June 2001 this became independent of the MoD, with approximately two-thirds of it being incorporated into QinetiQ, a commercial company owned by the MoD, and the remainder into the fully government-owned laboratory DSTL. In 2003 the Carlyle Group bought a private equity stake (~30%) in QinetiQ.

Some of the most important technologies developed from work at RSRE are radar, thermography, liquid crystal displays and speech synthesis.

The RSRE motto was Ubique Sentio (Latin for "I sense everywhere").
Click to expand...

In 2011 QinetiQ closed the south part of the south site and consolidated their facilities in a smaller area to the north. There are current development plans in place for new housing on this area and a field adjacent to the land for hundreds of houses.

There is a huge amount of pretty impressive history associated with this location and the people who worked there however it would run to many many paragraphs so I won't go into it here.

I also have a family connection to this place - I have a lot of family in the Malvern Hills area and it turned out an uncle of mine, who sadly passed away when I was a baby, spent his whole working life at the RRE.

I didn't get a chance to take many external photos, I had planned on doing some proper ones at the end but by the time we finished we were so hungry we just buggered off. I did snap a couple on my phone as we walked around but it's a struggle to show just how massive this place is as it's all on a hill. I utterly hated the lighting in here for the most part and really struggled photography-wise. 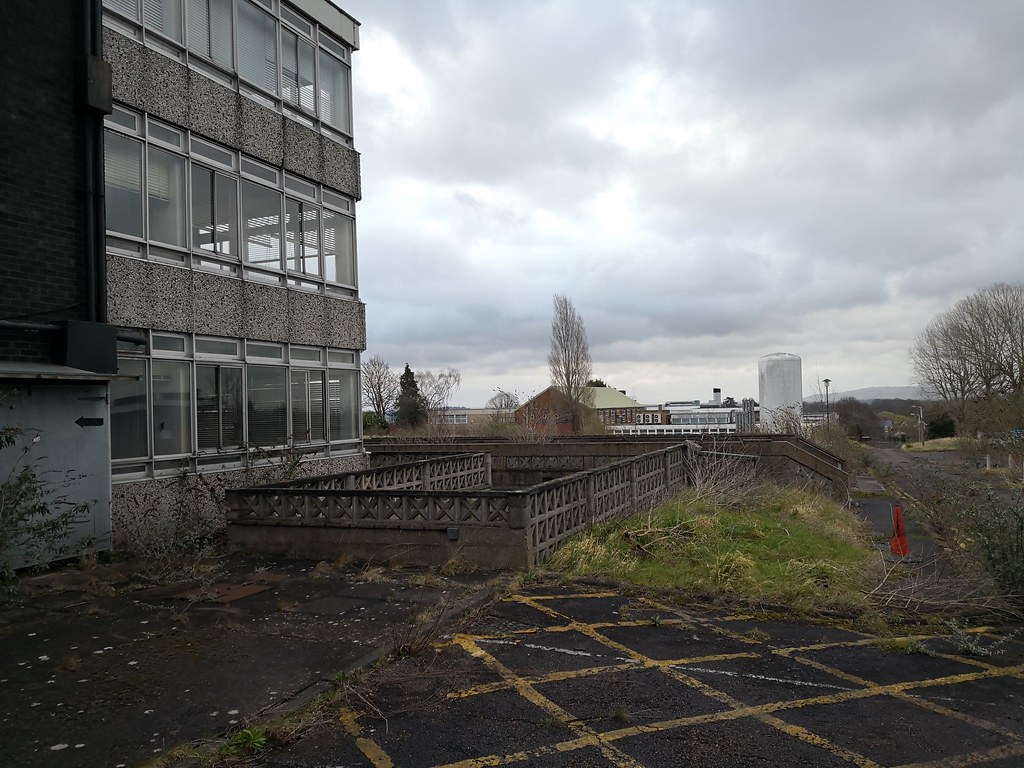 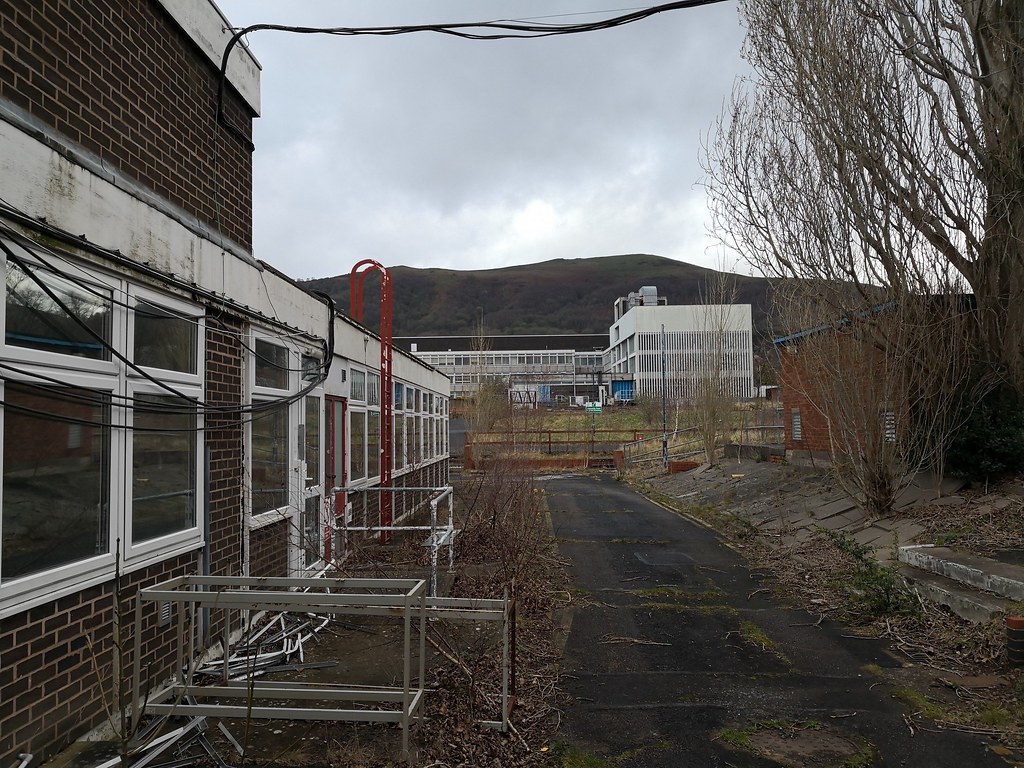 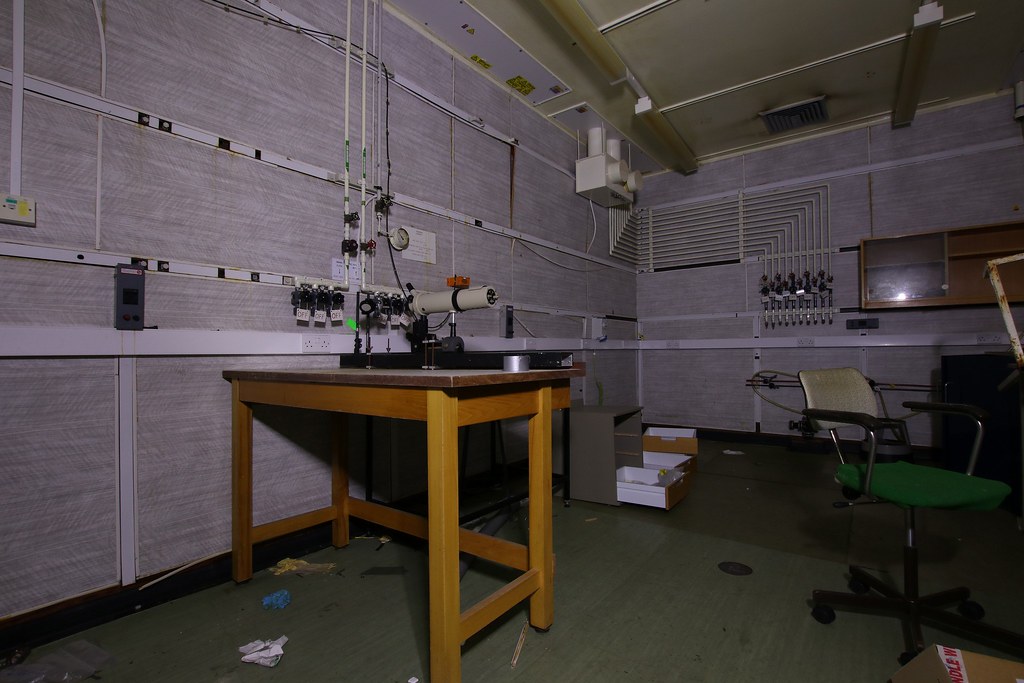 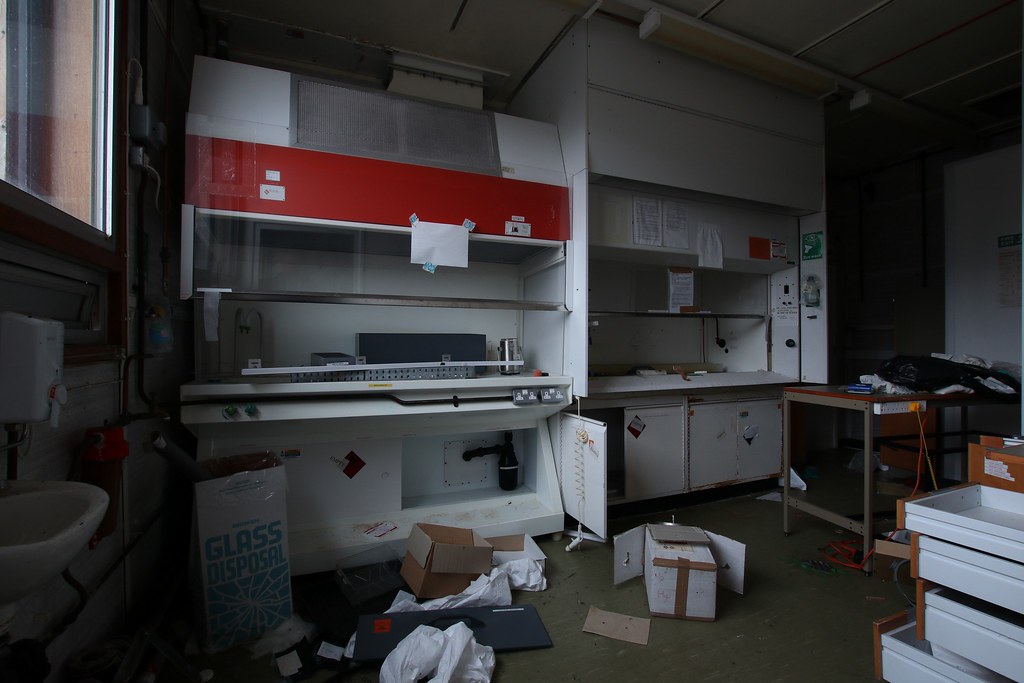 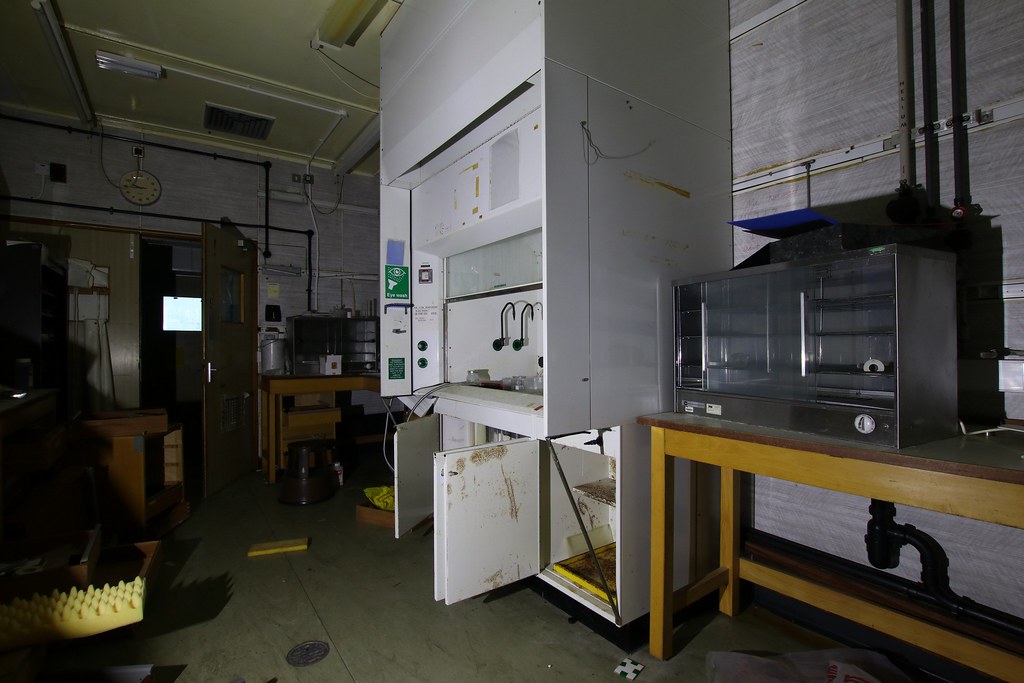 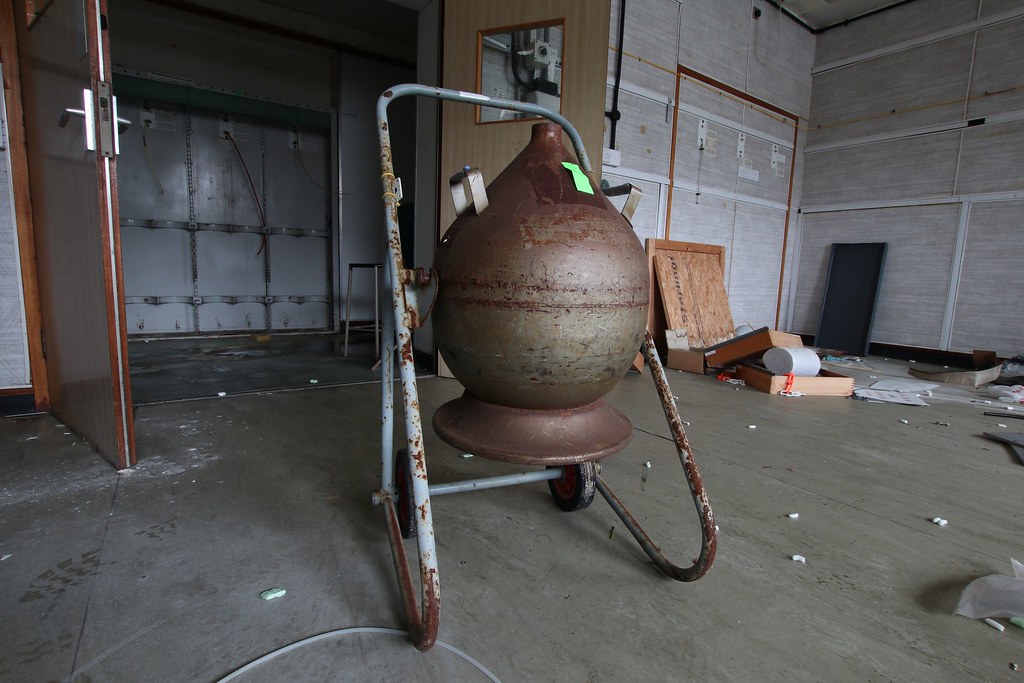 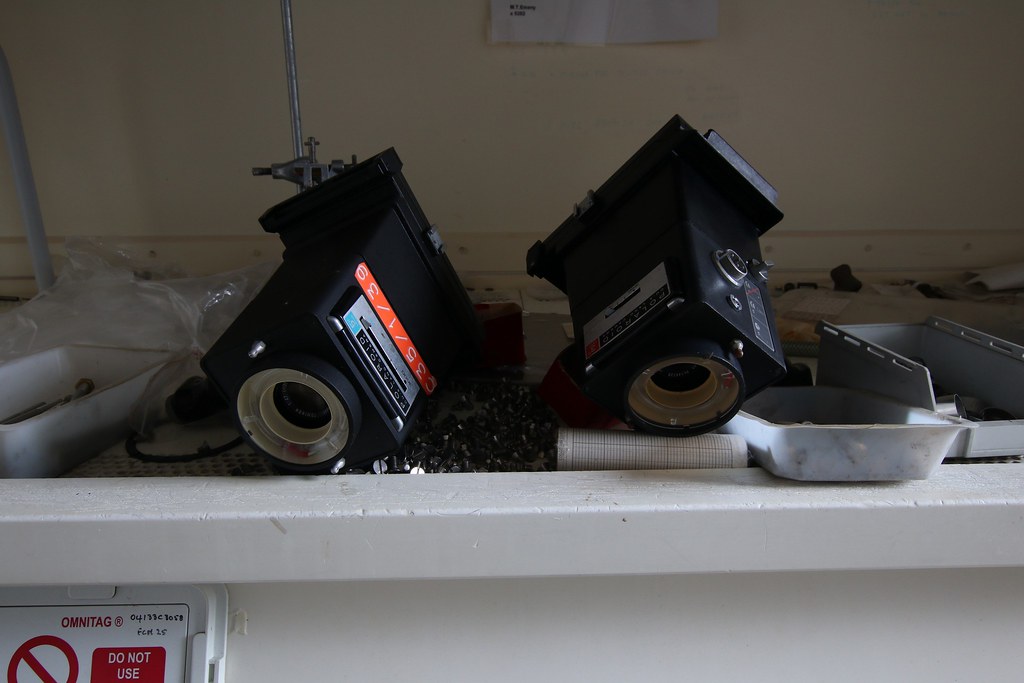 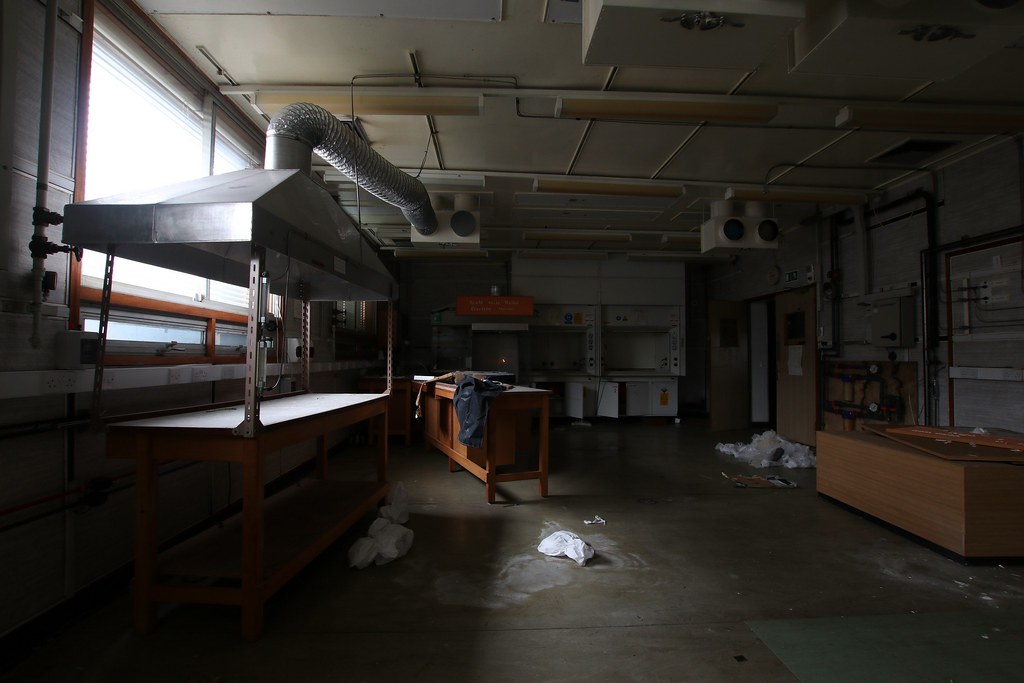 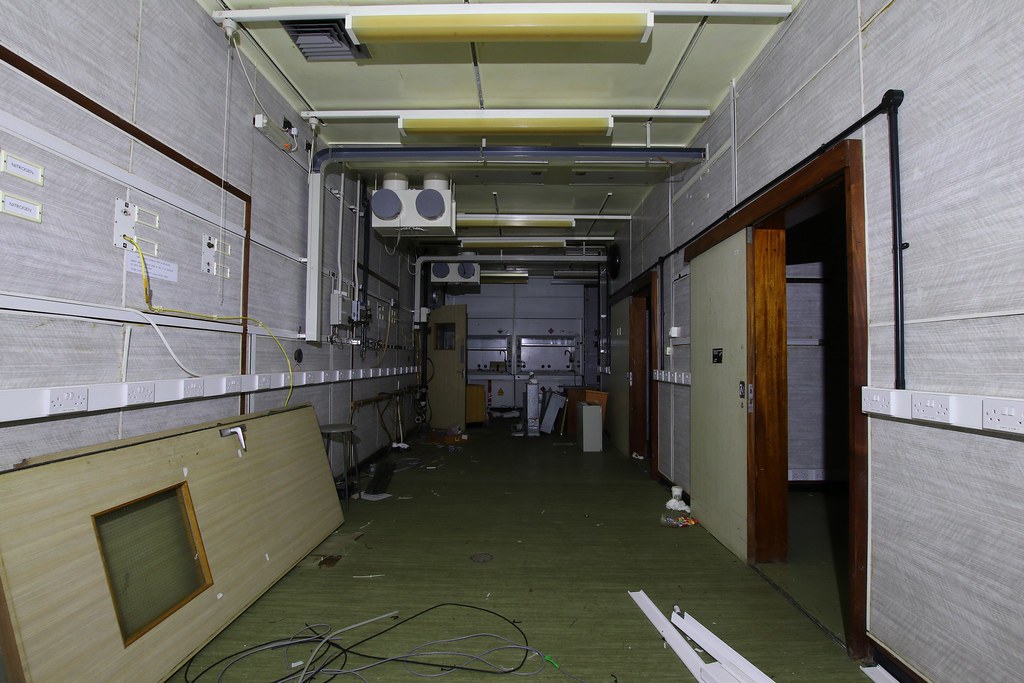 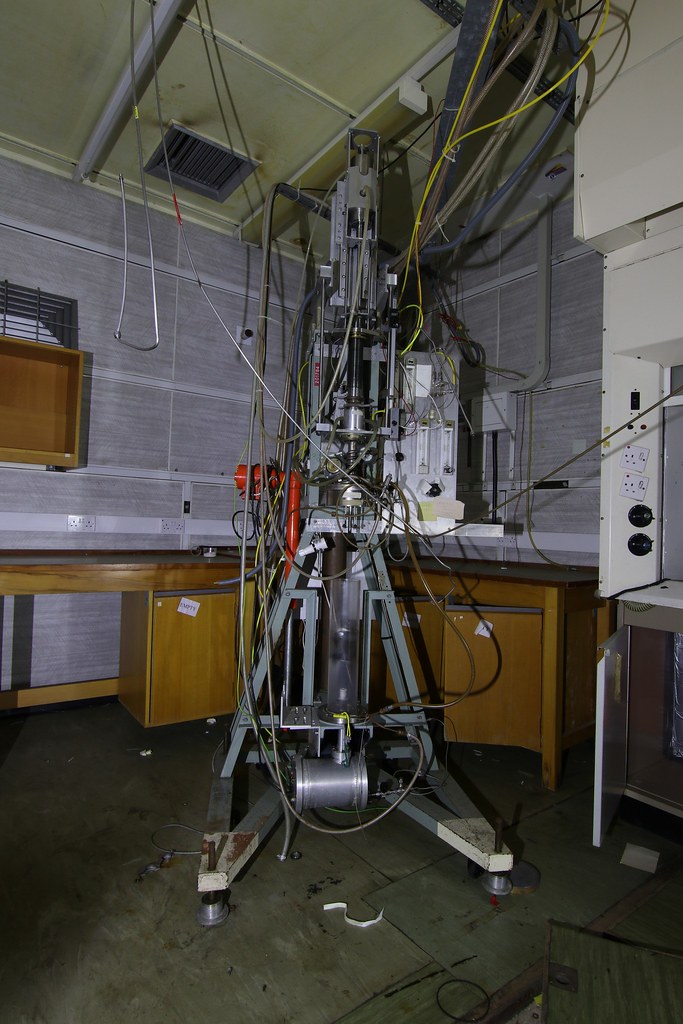 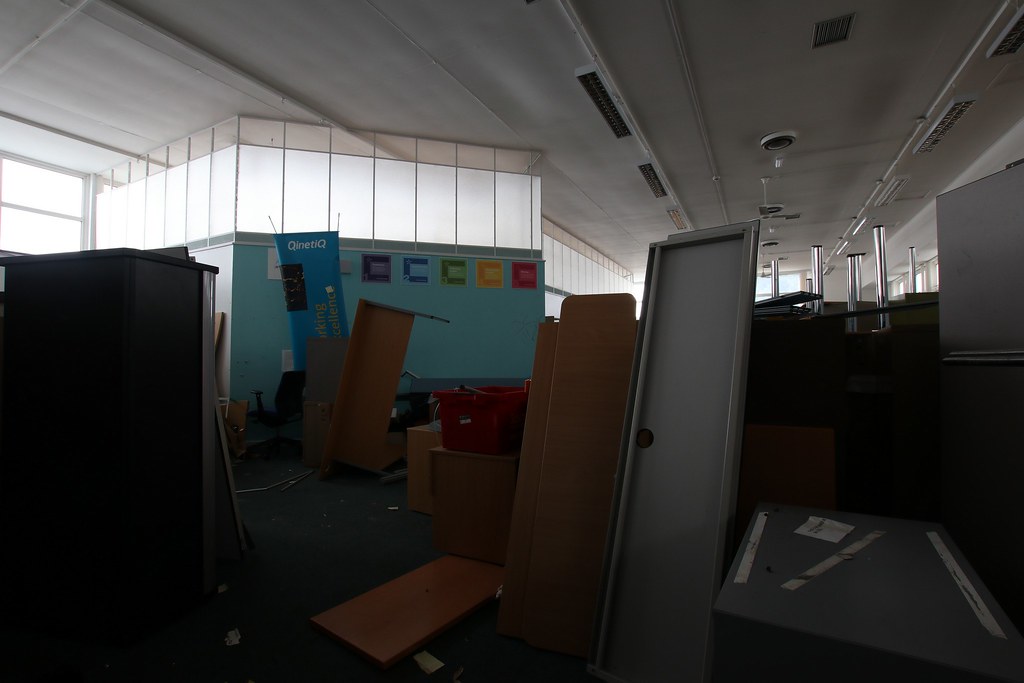 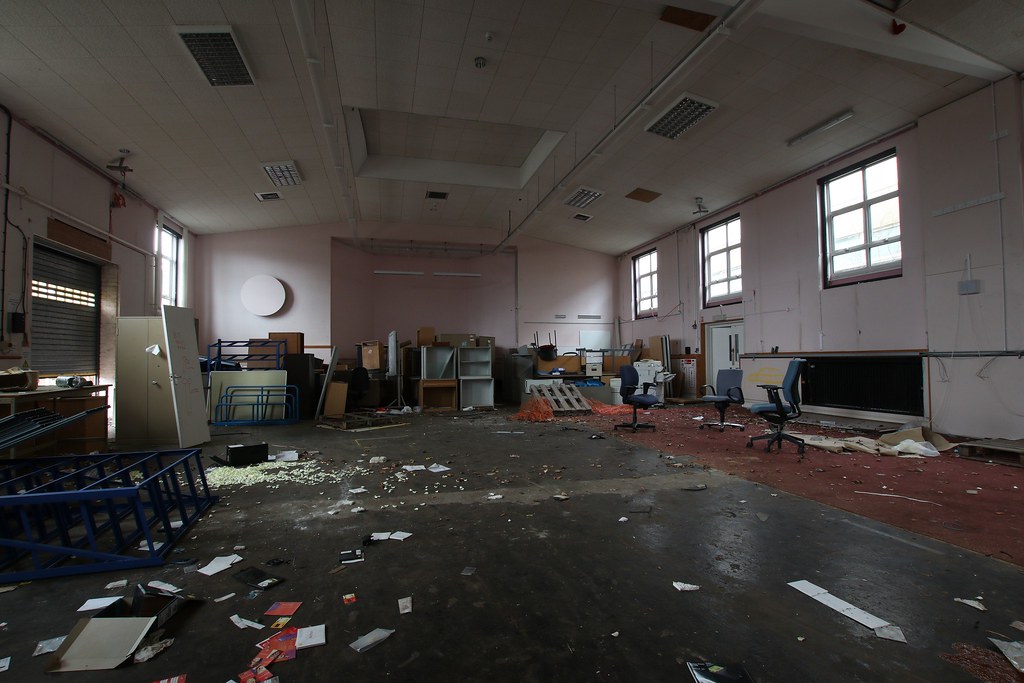 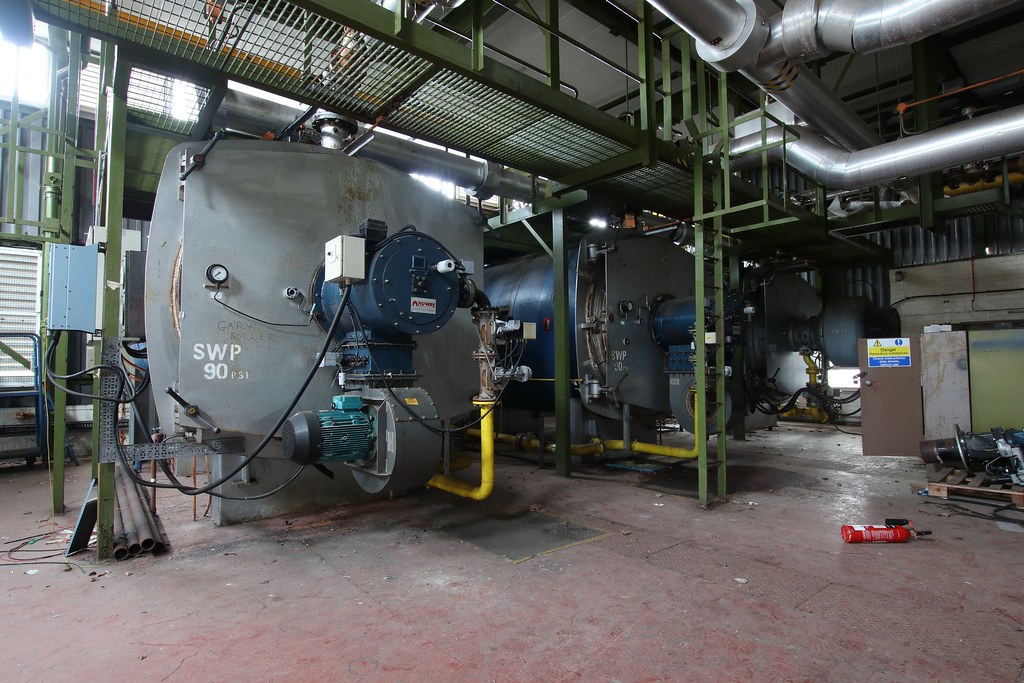 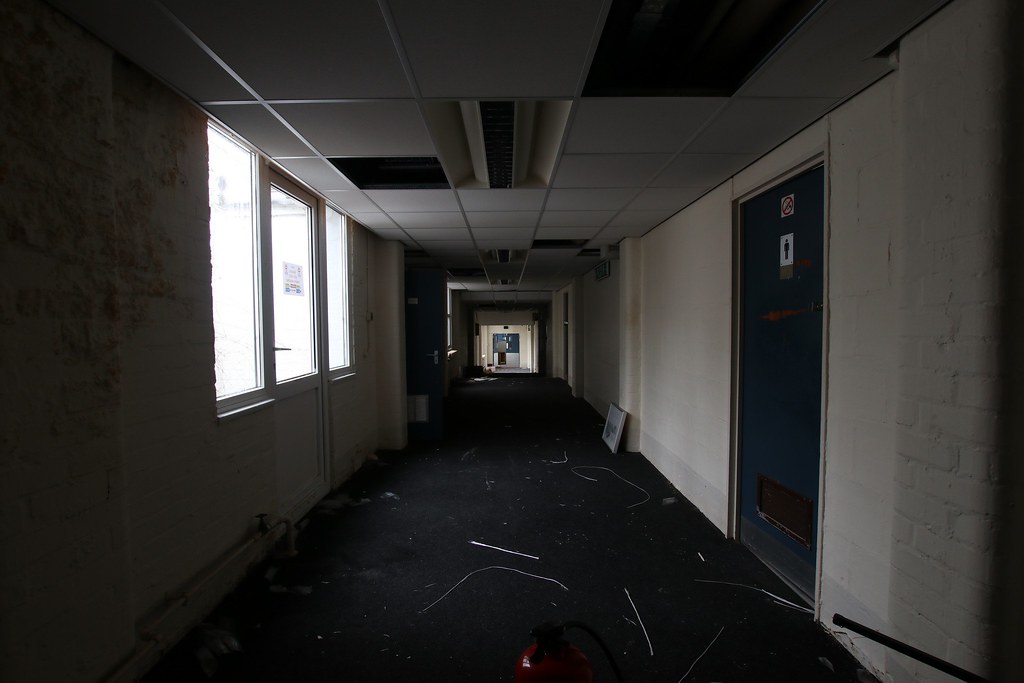 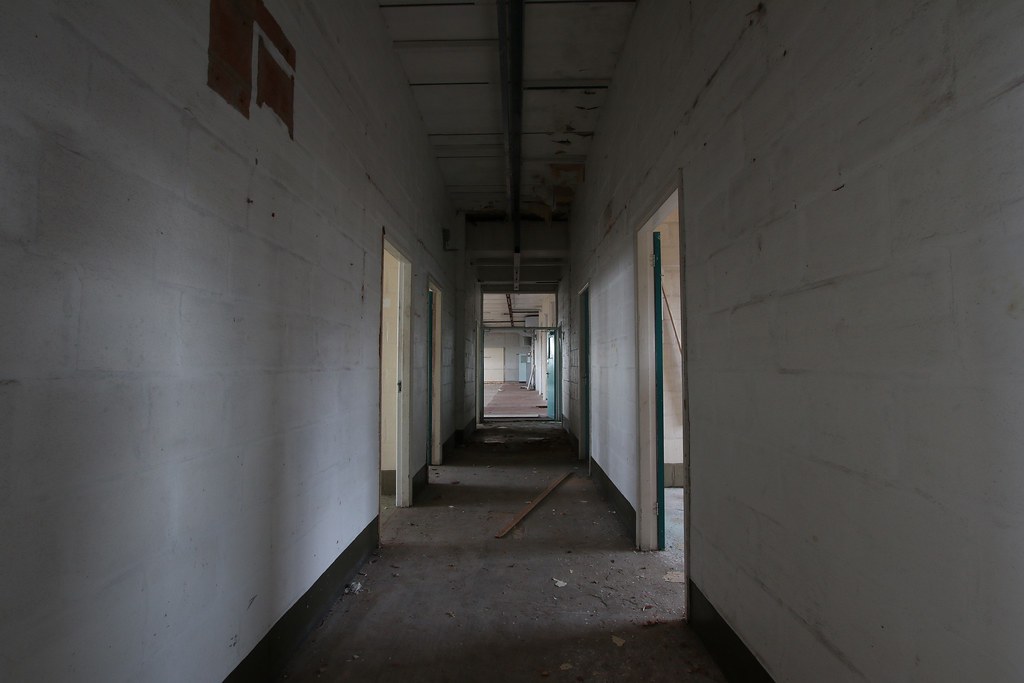 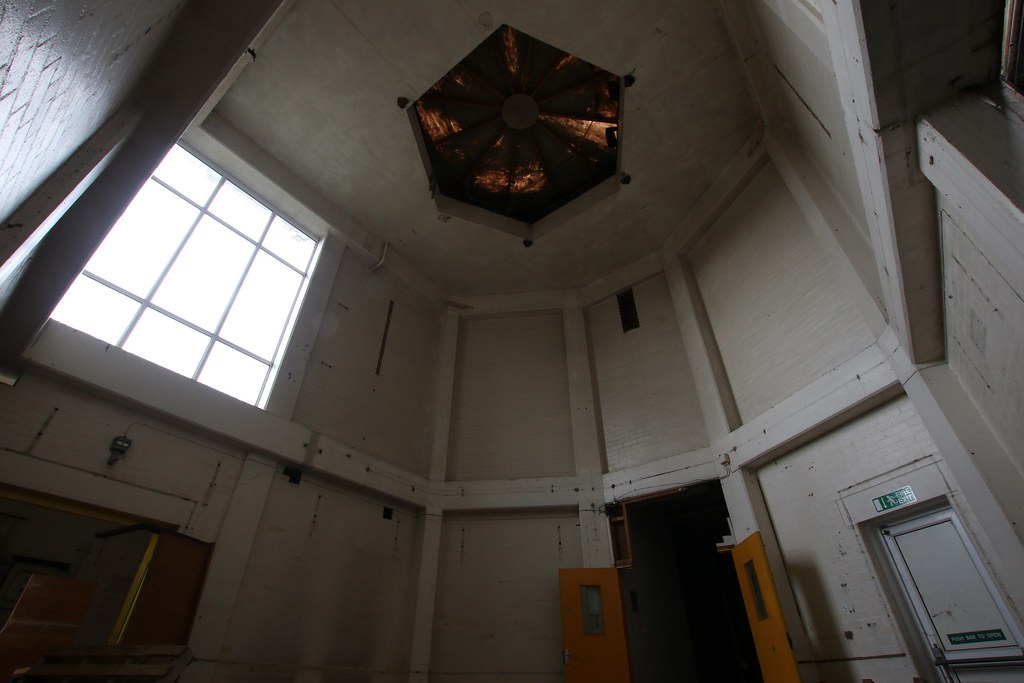 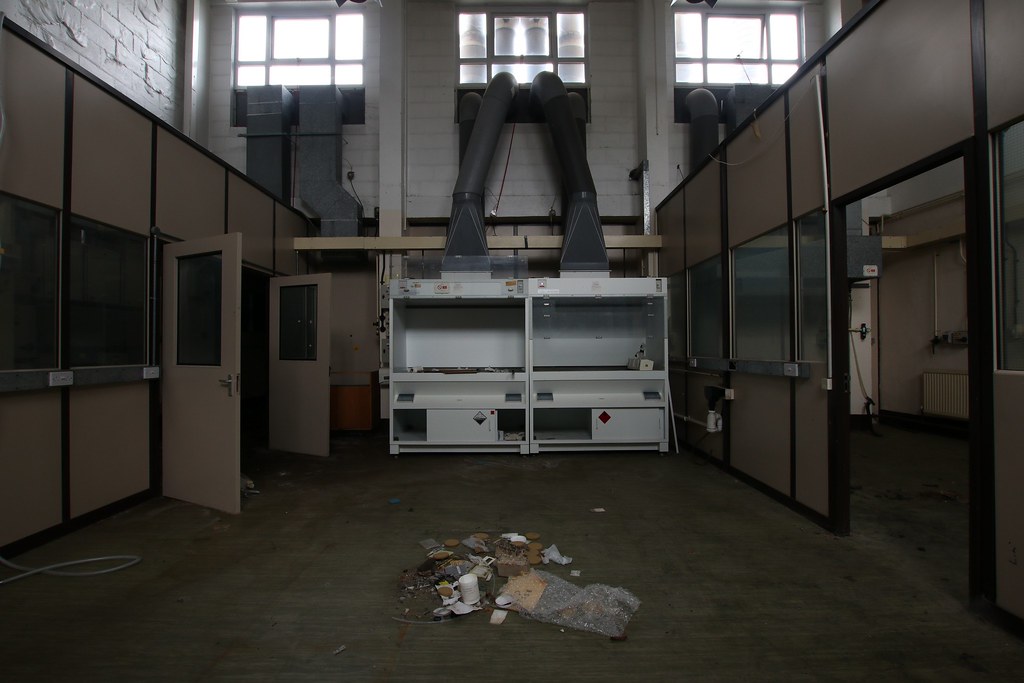 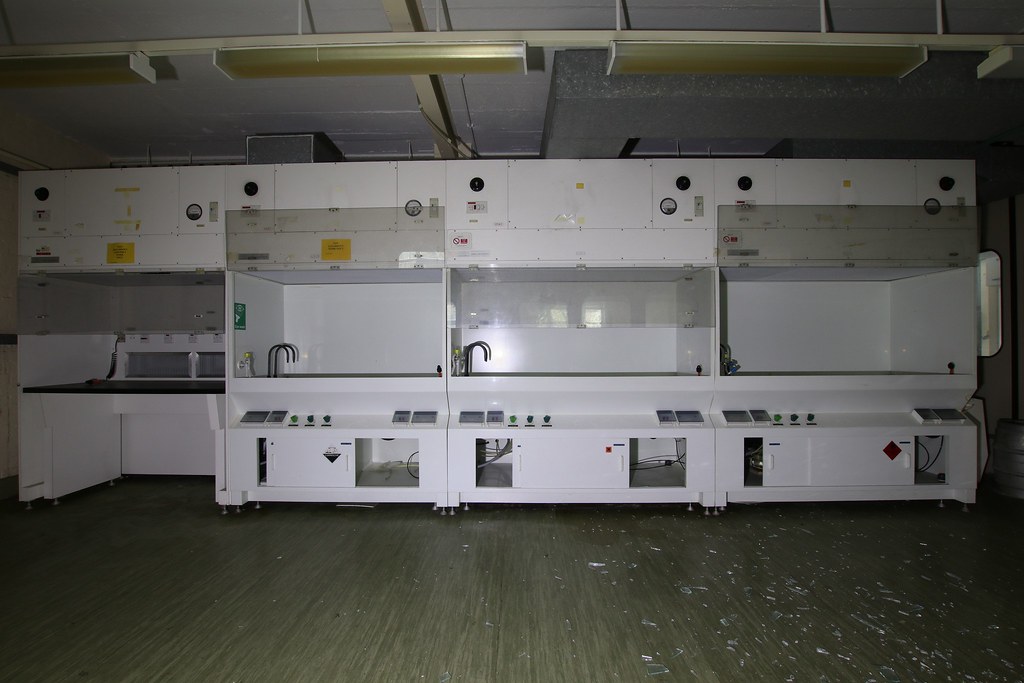 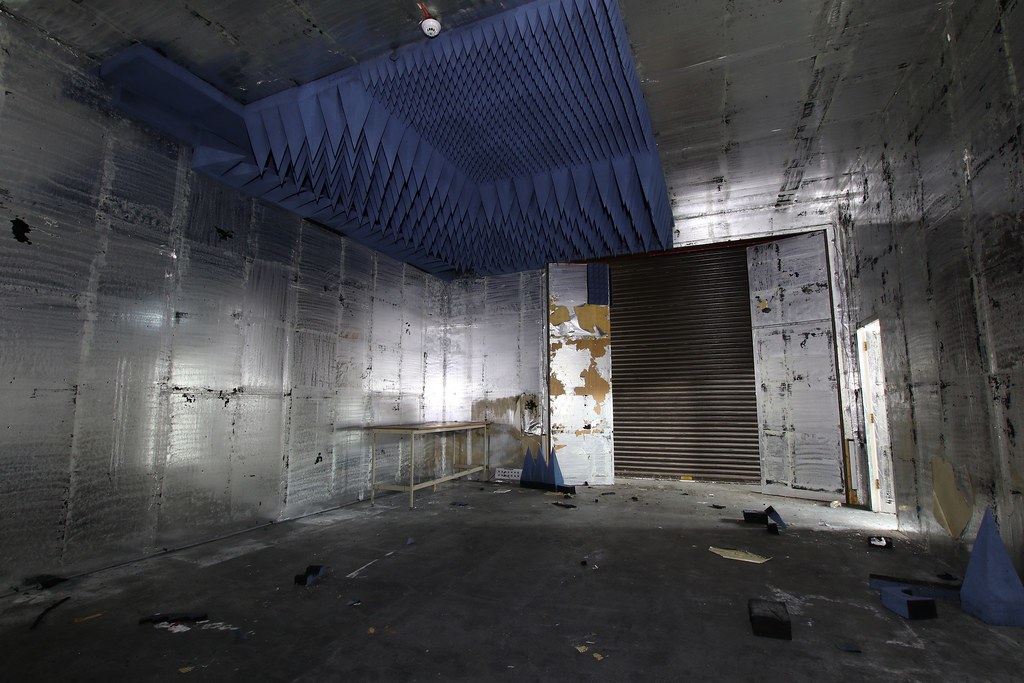 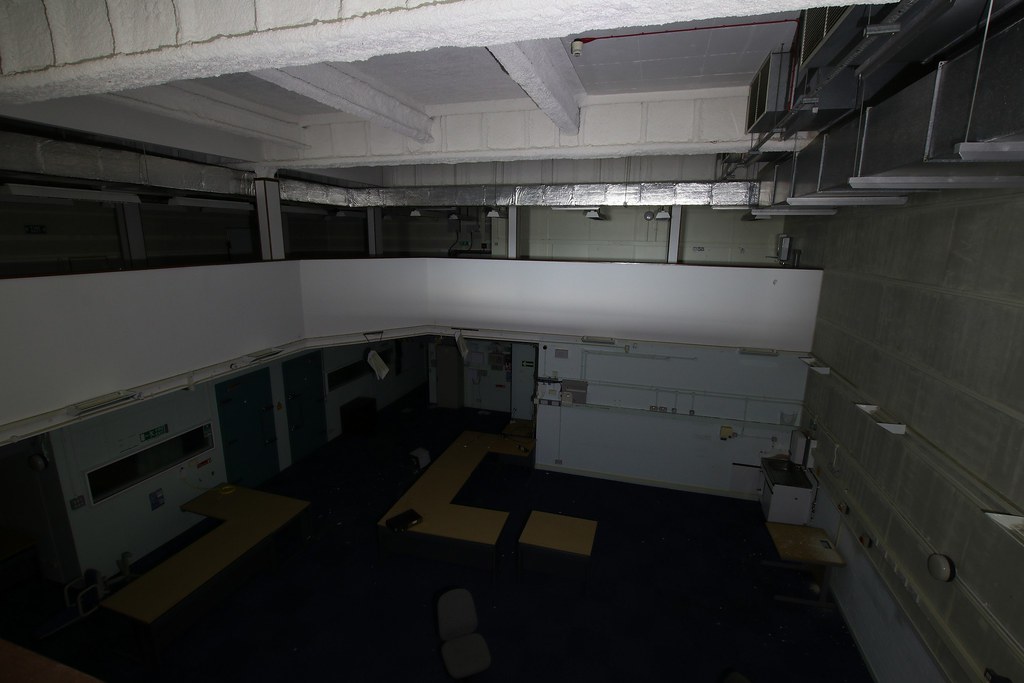 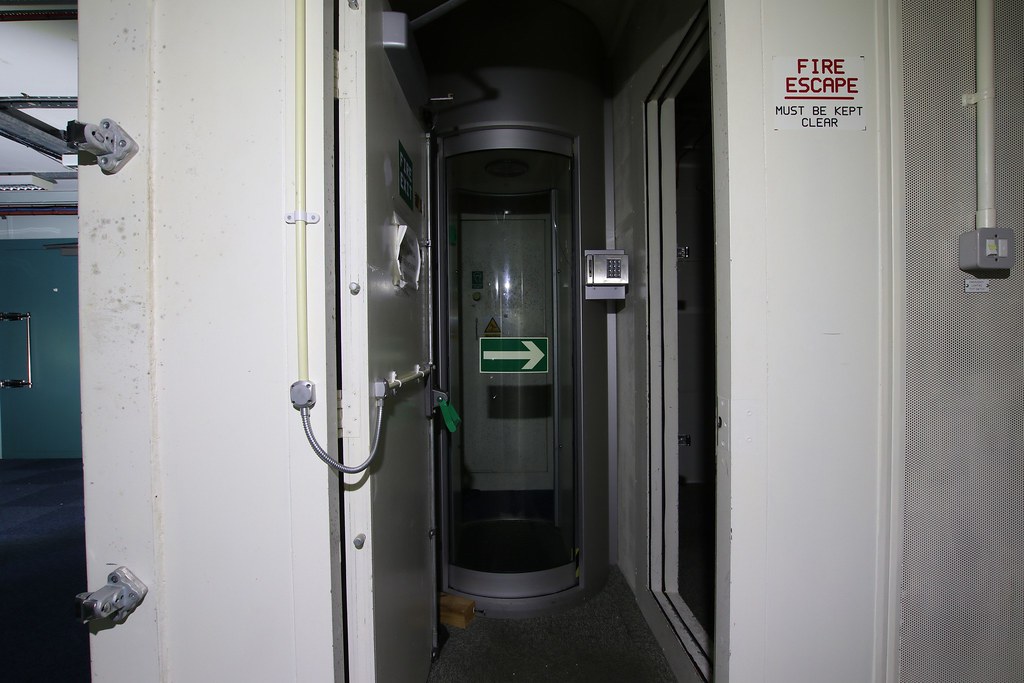 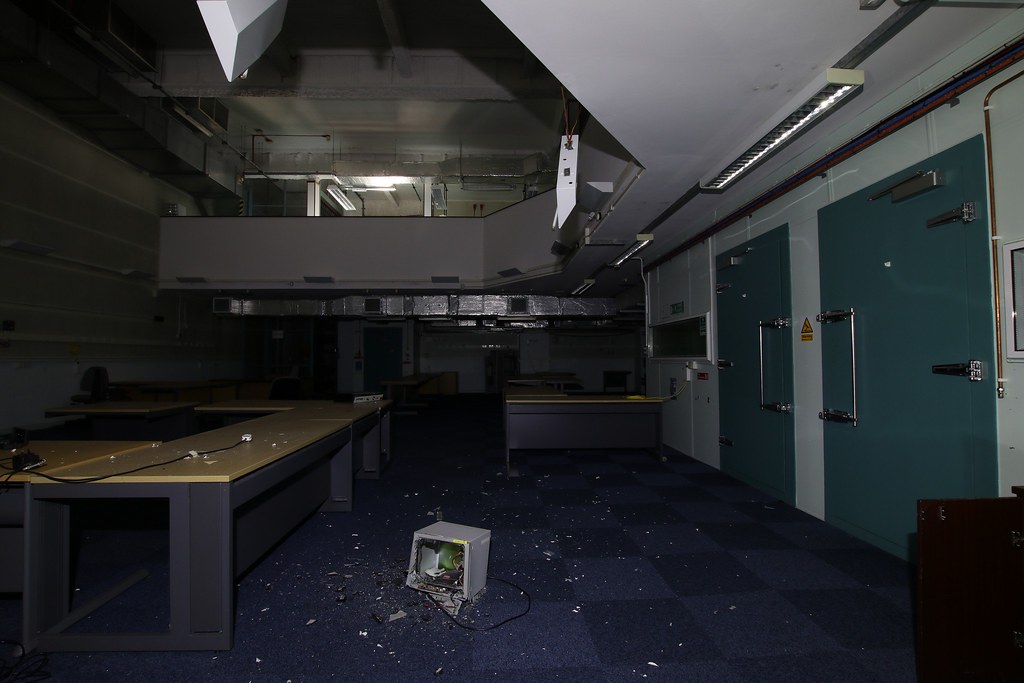 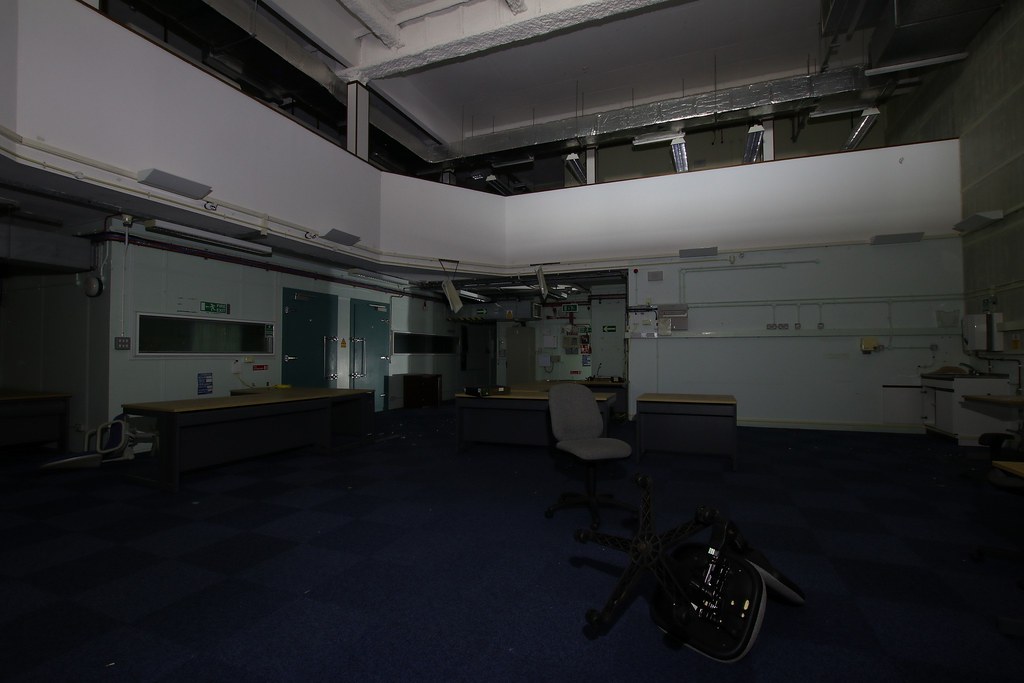 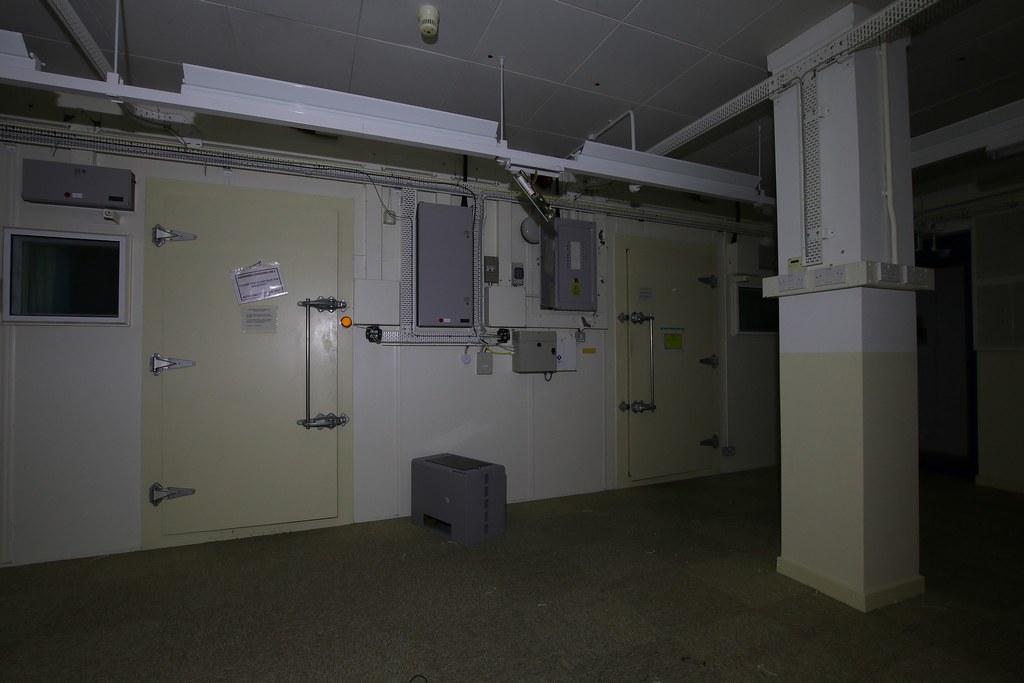 Very cool. I knew the one site is now housing, but I too thought this was most likely gone.

I have a photo somewhere taken in 1987 from the hills of the great big dish. Was that this same site?

I see somebody named one of the boilers.