It was a horrendously rainy and grey Halloween Morning that @Mookster and I toddled down to The South Coast to check out this former QiniteQ Research Facility. The weather really was dull and grey on this day; just a few days before Lockdown #2. Would this be our last 2020 Urbex? There is a possibility!

It was nice to be in another QiniteQ Facility; having done one back in March 2020. This one was far more decayed than the one in Malvern, and a bit of a derp by rights, though it was full of little photogenic gems. I enjoyed it!

Most of the damage was physical and natural; but almost no decay!

The site was a former defence research facility largely concerned with the development of Safety Systems for The Navy. A large number of the experiments and tests carried out here revolved around the effects of high pressures on both animal and consenting human participants, and went further developed 'safe escape strategies' for submariners forced to leave their vessels underwater quickly.

Goats were used as test subjects as their internal physiology was supposedly very similar to humans when it comes to the lungs and tissues etc. These goats were kept on site and subjected to high pressure tests inside a large Hyperbaric Chamber which was once installed in the centre of one of the larger buildings.

Those that didn't make it were then taken across the site to a Clinical Laboratory building where dissections and examinations wouldtake place.

Some tests were also performed on consenting human subjects in two large deep trial Dive Pools located in two of the buildings.
In 2007 animal rights activists campaigned to get QinetiQ to stop the use of animals in the experiments, and this did prove successful. Alvestoke closed down in 2011 and all the equipment was transferred to a new site in Haslar where similar research and development still takes place.

There was a abundance of fake blood and what not in one of the buildings, so I'm sure some "YouTube Stars" made a very "Creepy" Halloween Video for all to see! 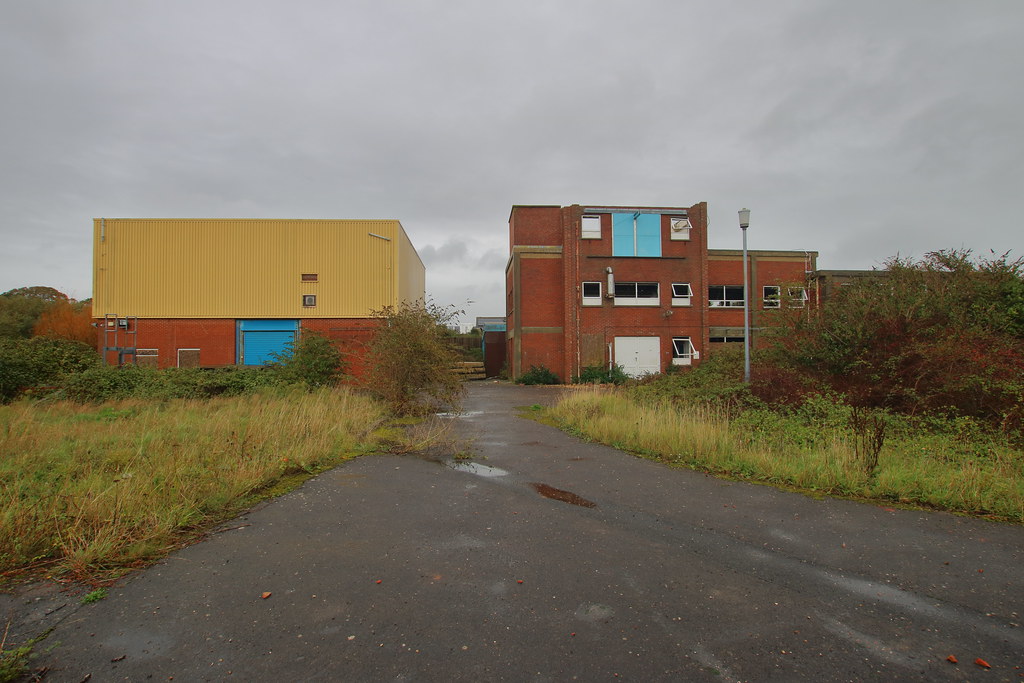 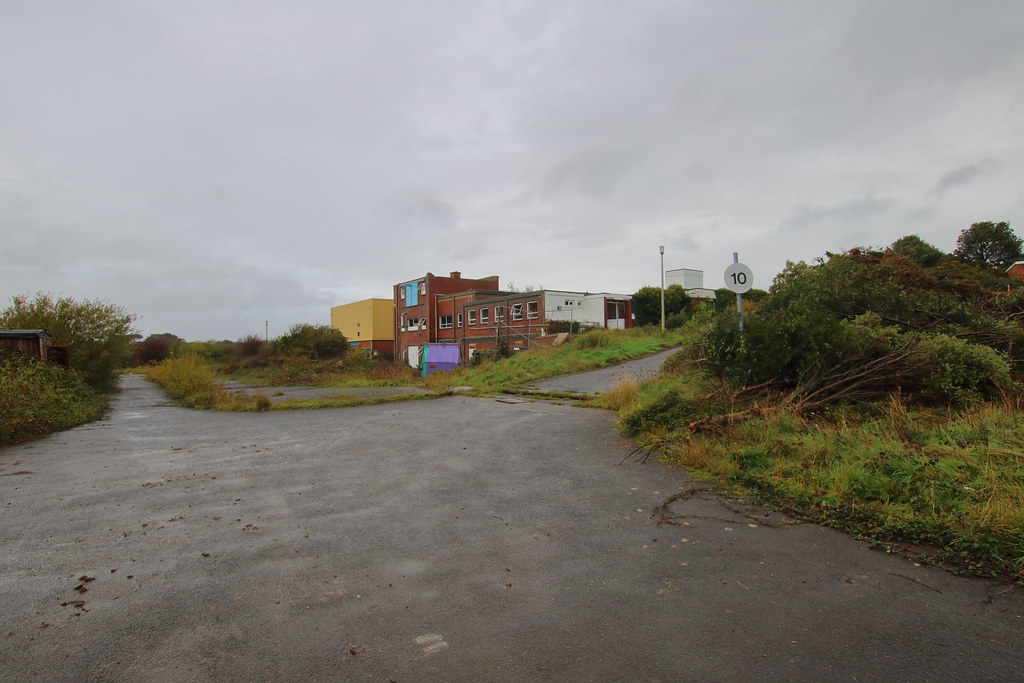 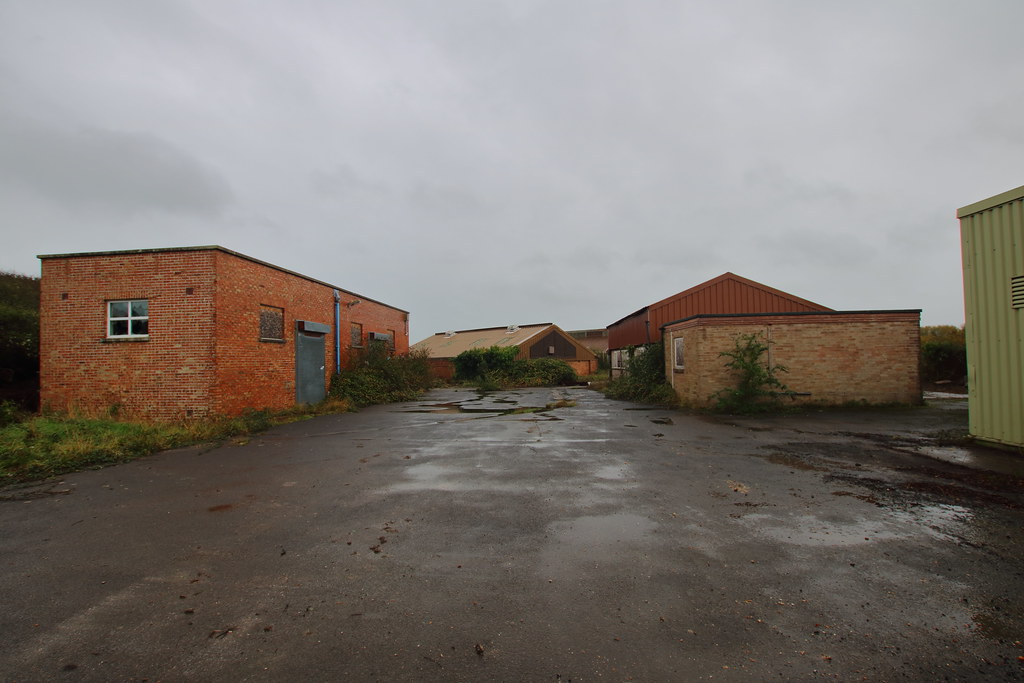 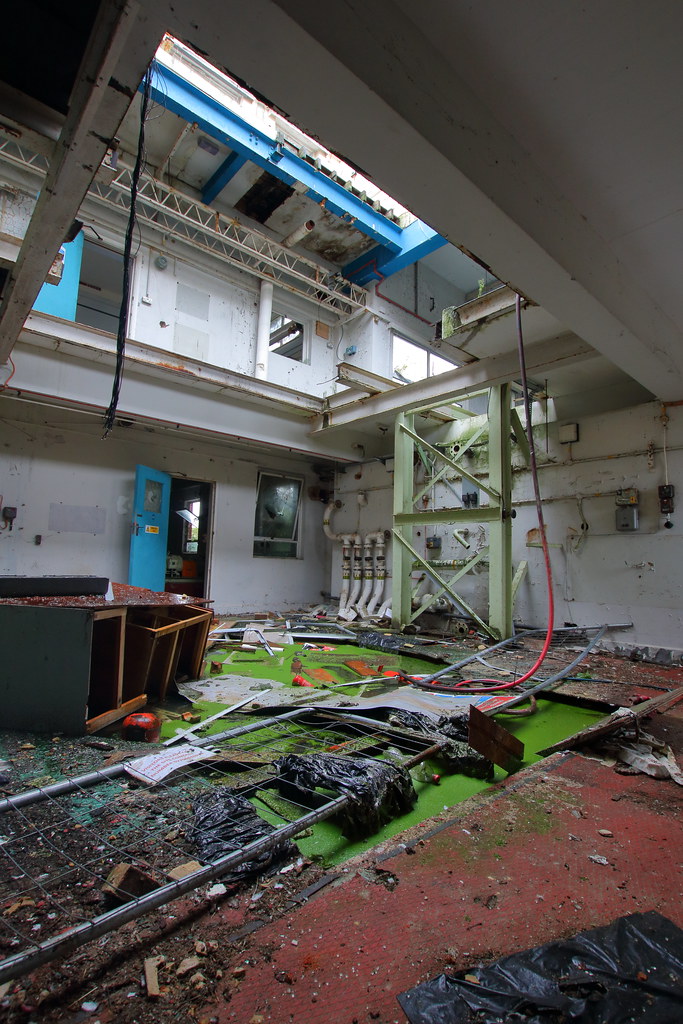 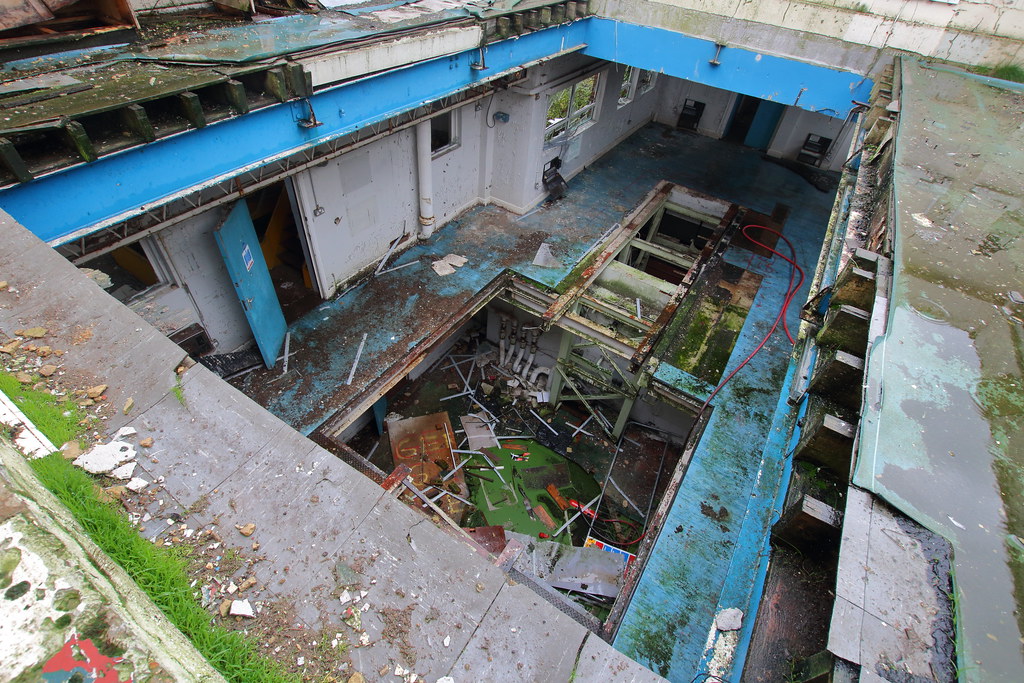 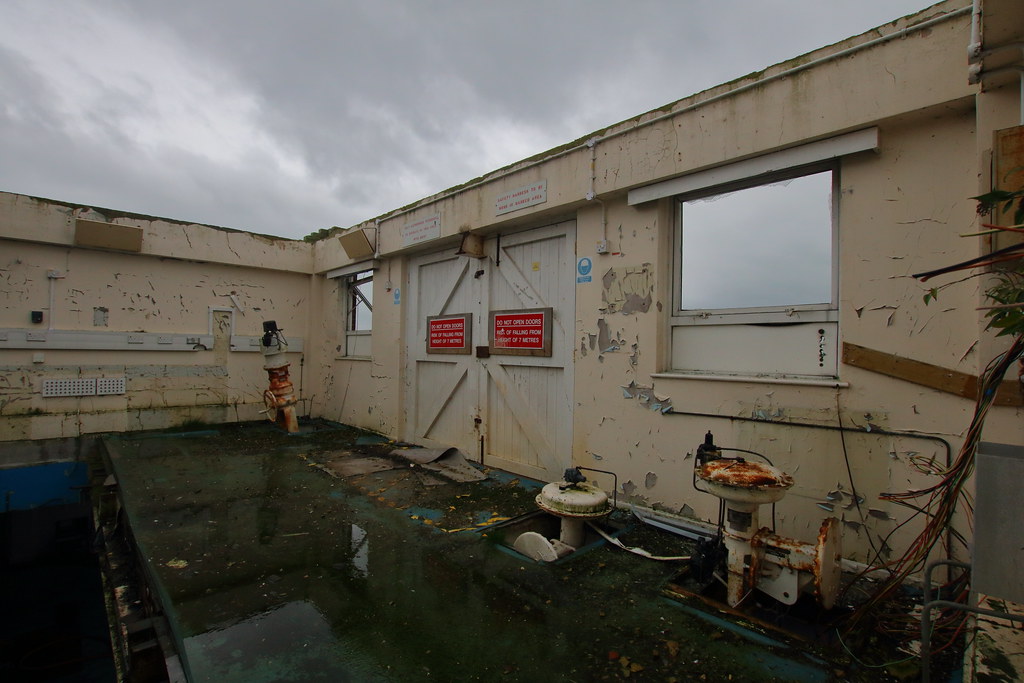 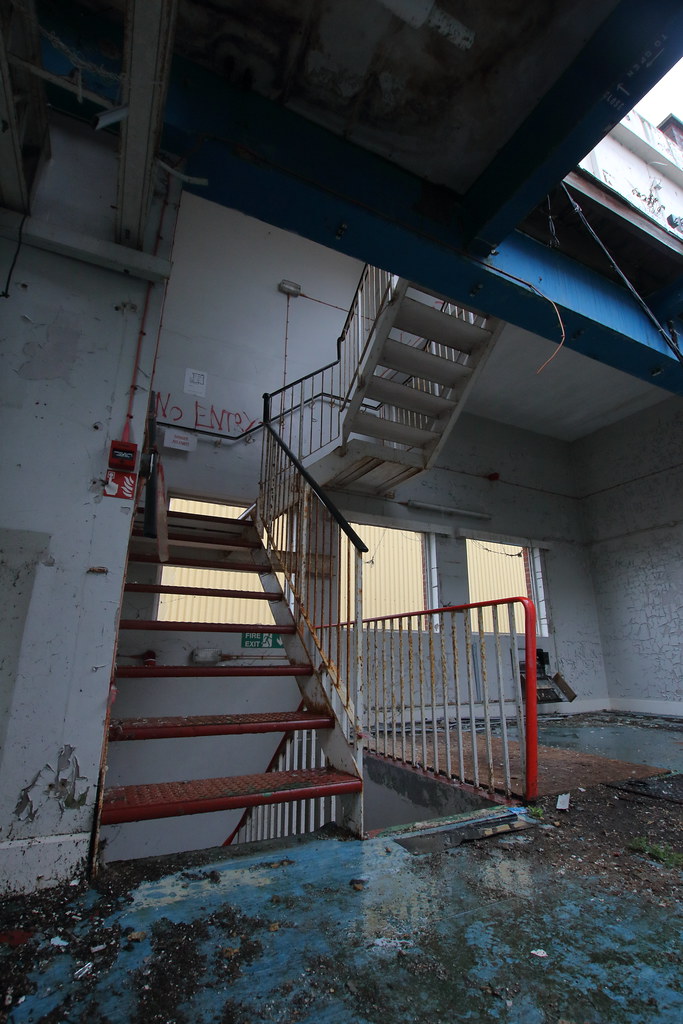 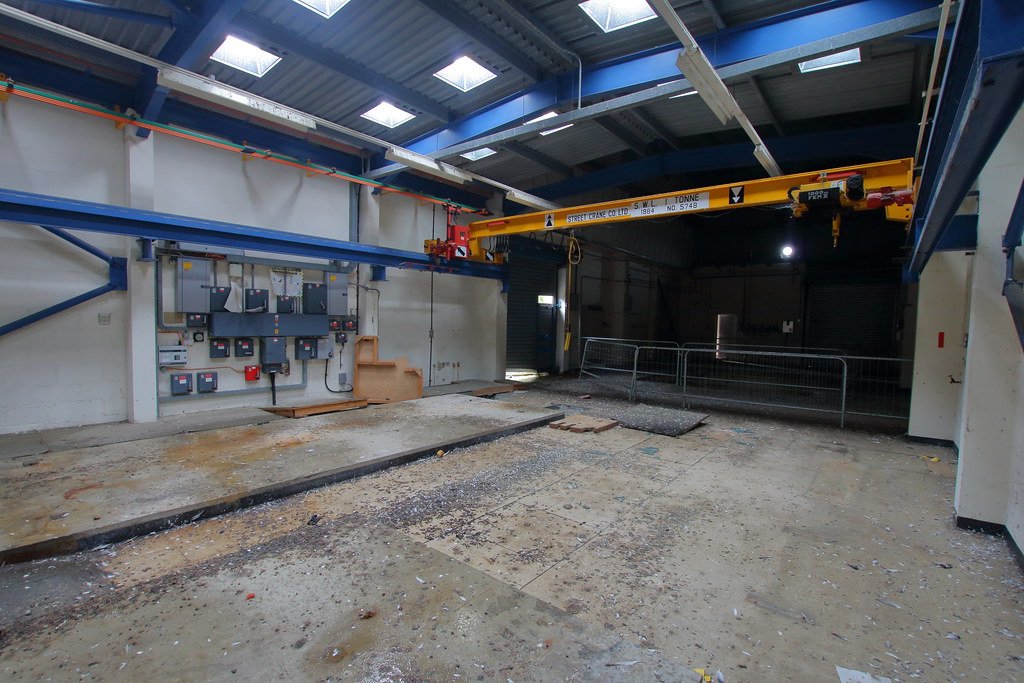 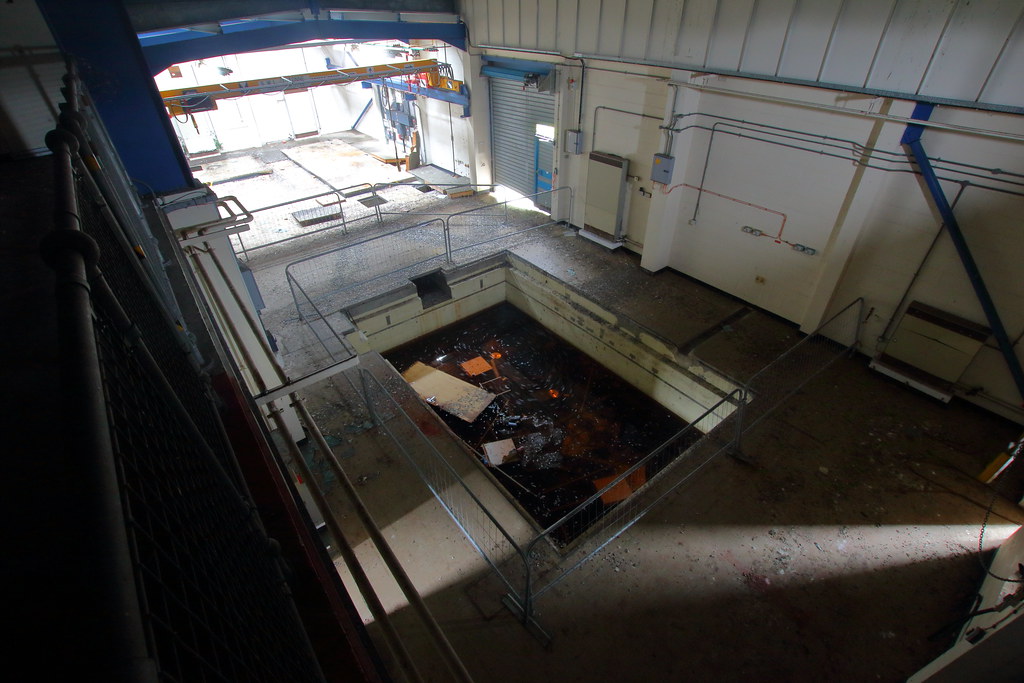 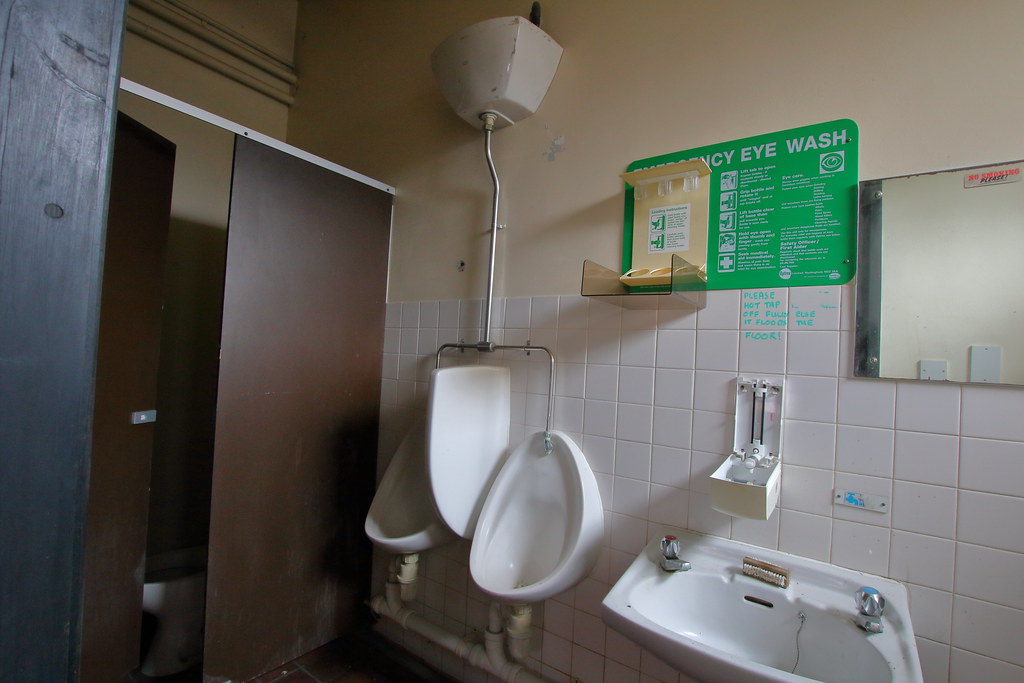 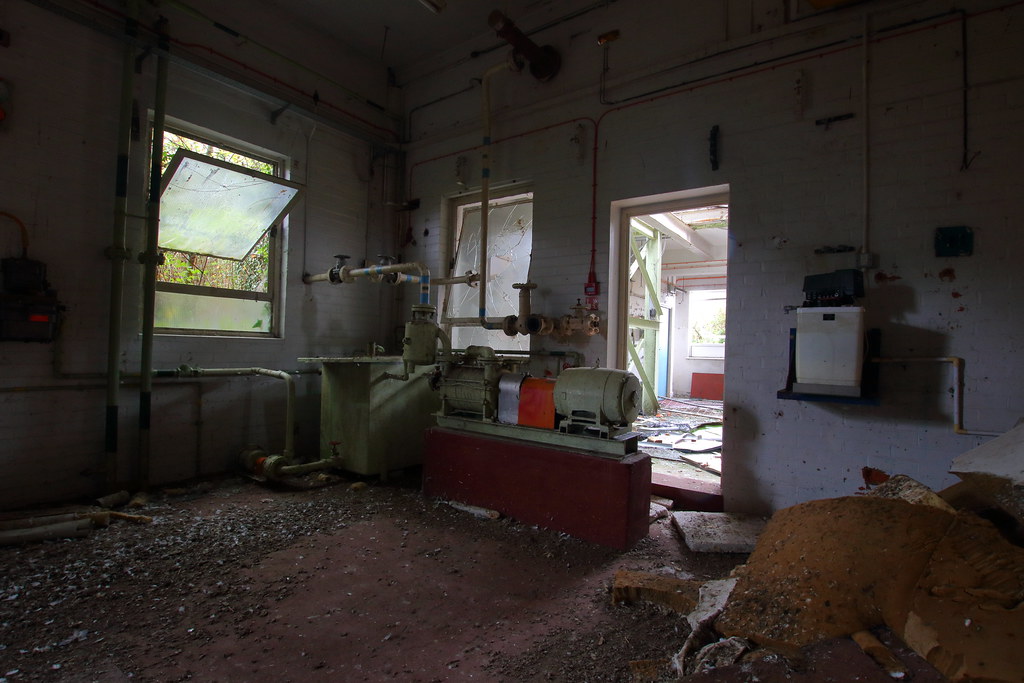 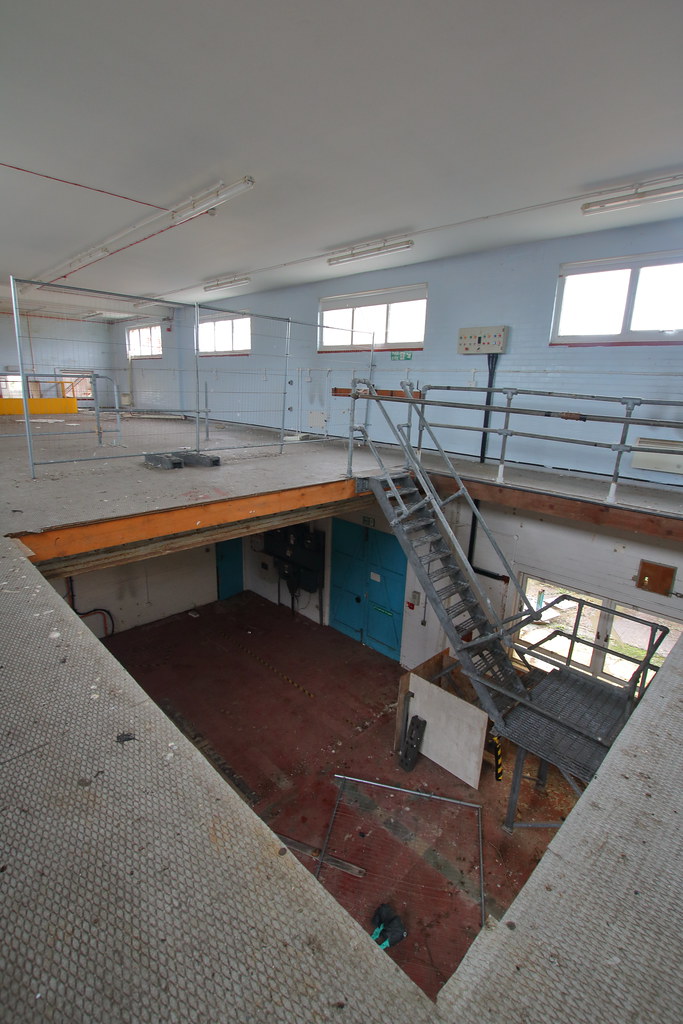 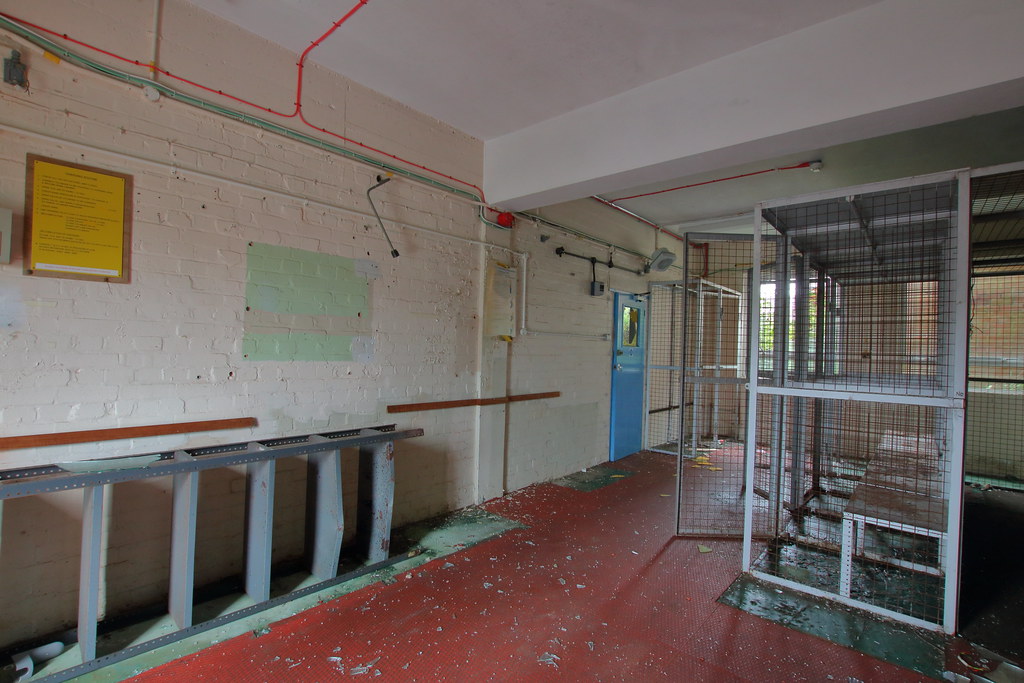 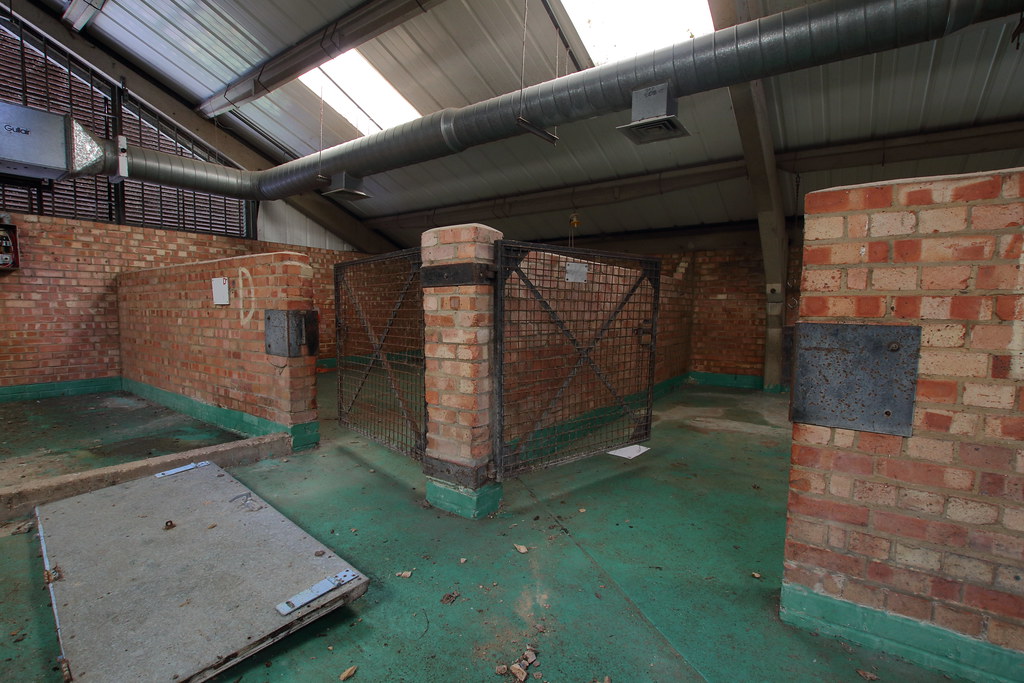 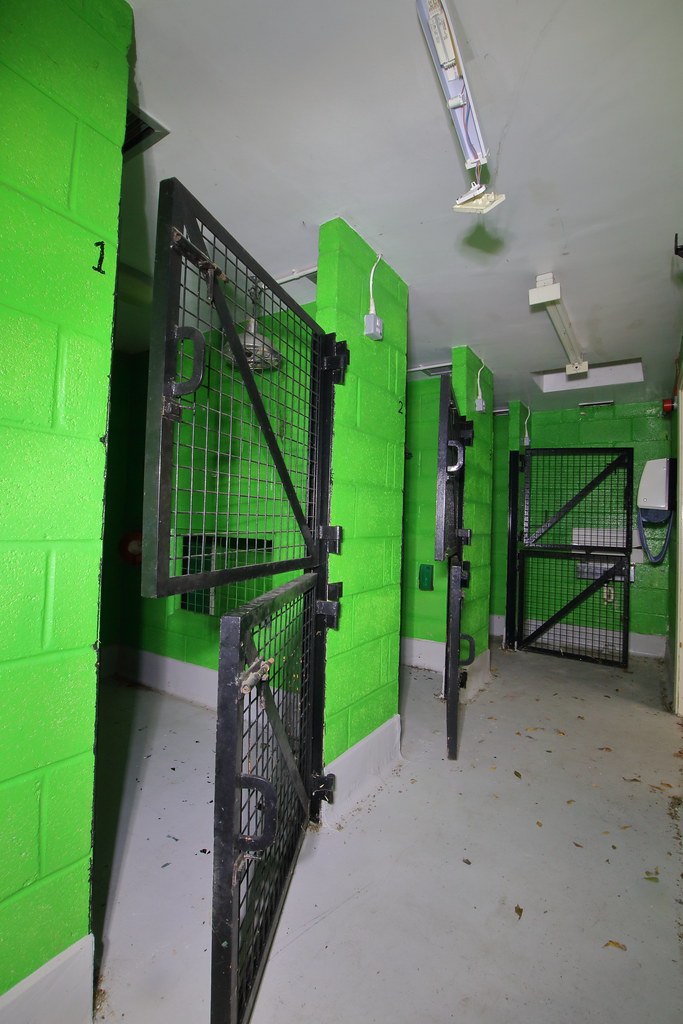 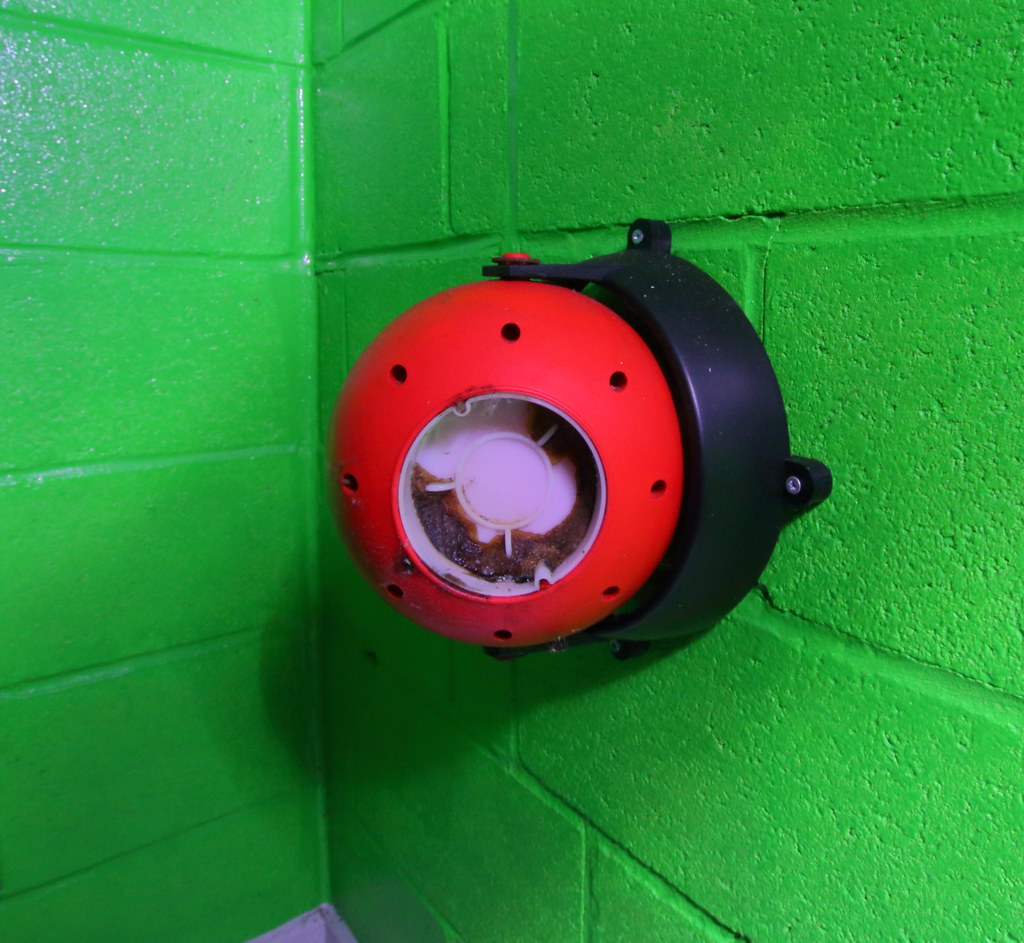 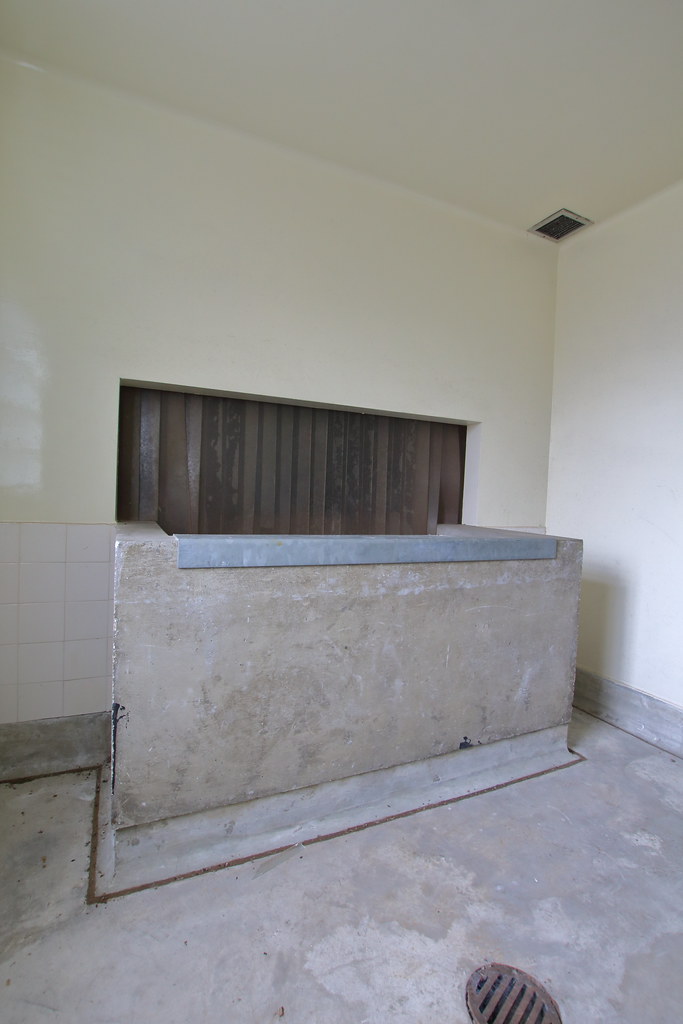 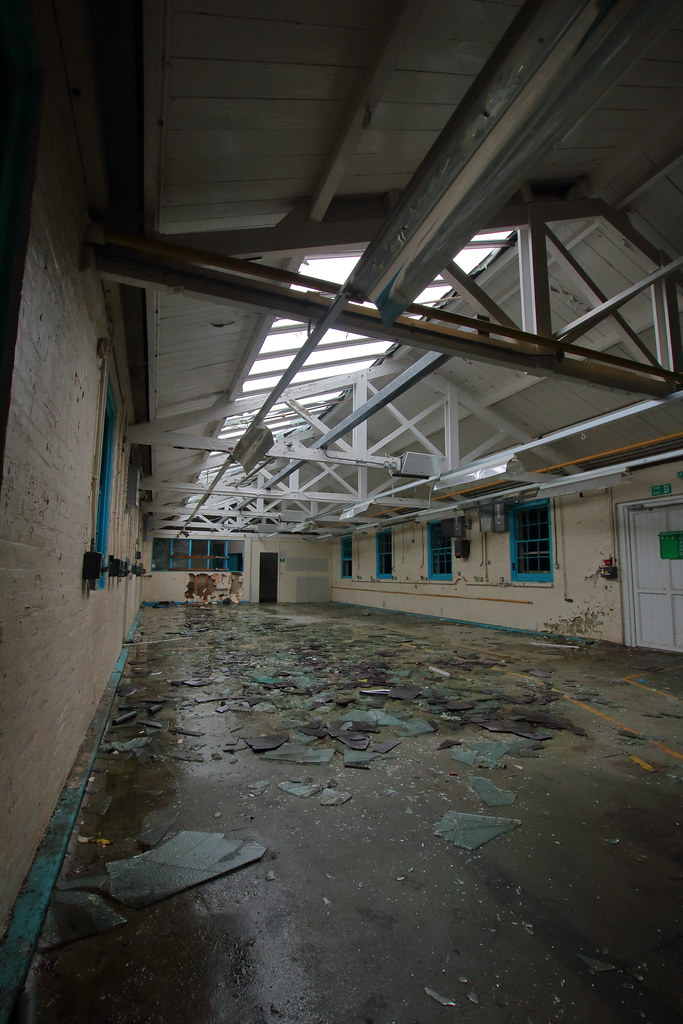 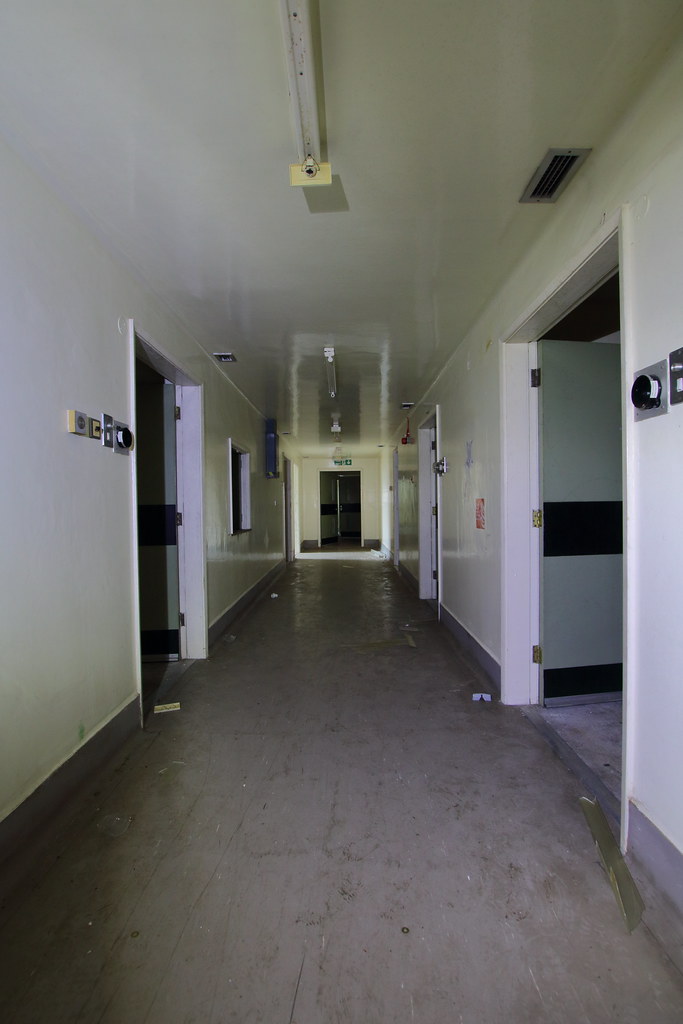 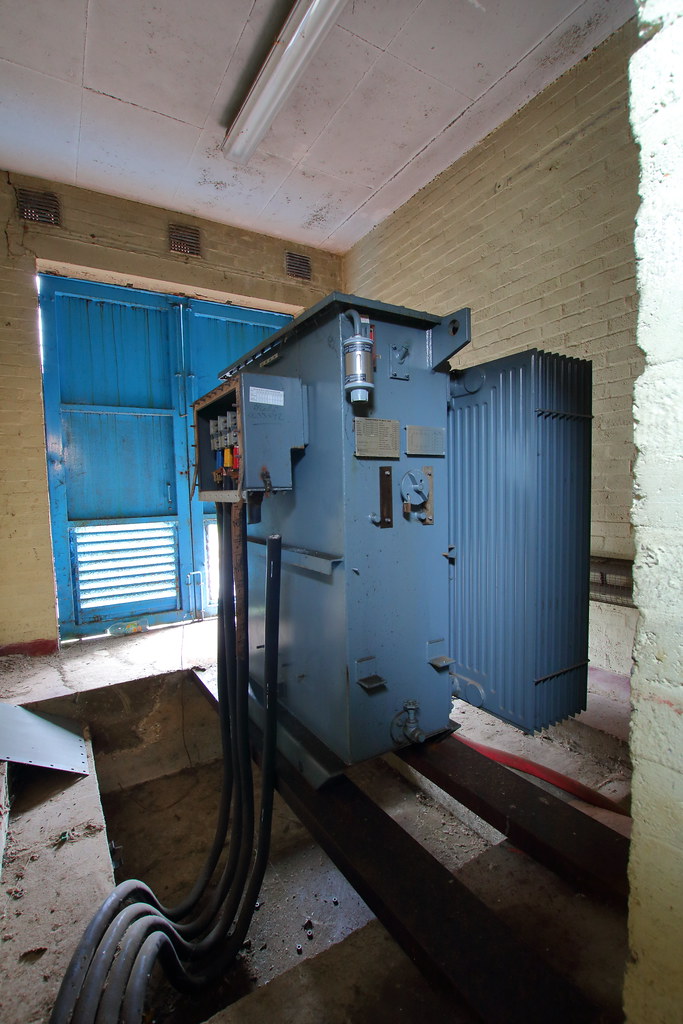 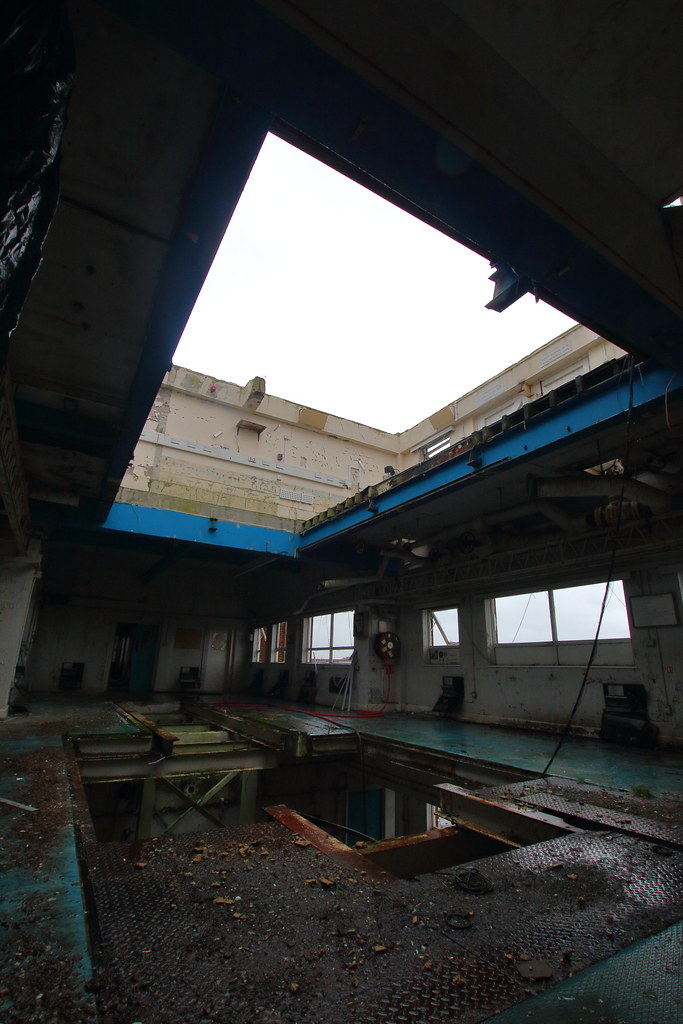 What a lovely place.

Nice shots! I've been checking this place put occasionally and planned to take a look this week!
If you're down this way again, give us a shout as I'd be up for some joint explores.
I'm a little cautious going to some of these places alone...