Now here is a funny thing, for quite some time I had thought that RAF Driffield 'Staxton Wold site' was near Scarborough, and whilst I could not square up the photos in peoples reports to the google image of RAF Staxton Wold, I thought 'hey, it's still worth a try'. It was only a chance conversation with a work colleague that I found out that RAF Staxton Wold, and RAF Driffield 'Staxton Wold site' are two very different places. The one I had my eye on near Scarborough is very much live, and had I attempted a recce there, I no doubt would have ended up with a free trip to a camp near the border with Cuba, that does a nice line in hoods and orange boiler suits! Phew! lucky exploration faux paus avoided!

So, with my facts finally straight, I headed to RAF Driffield, 'Staxton Wold Site' or as it has also been called 'Alamein baracks'.

Many have visited and reported, but I felt that since I only live up the road, it would be rude not to pay the place some attention. What I found was a trashed, but actually quite charming site, worthy of a few more visits. Before you ask, I did not get a photo of the English Electric Lightening painting, for very valid reasons which will become clear shortly.

The site started off in 1918, when a small airfield and an assortment of wooden huts was built, this was then abandoned and it was not until the early 1930's that the site was selected for the RAFs expansion scheme with construction beginning in 1935. When the airfield opened in 1936 it became home for a number of bomber squadrons, and from 1938 notably the 77 and 102 squadrons.

During WW11 an interesting fact I unearthed was that the RAF used bombers from this site to drop over 6 million propaganda leaflets over Warsaw, made a change from bombs I guess. On the 15th August 1950 approximately 50 Junkers JU 88 bombers aricraft attacked the base causing extensive damage to the airfield, but more tragically 13 military and 1 civilian fatalities. In 1943 3 new concrete runways were built, thus was the significance of the site in German bombing raids.

Following the end of WW11 the site became a training airfield, but reverted back to an active fighter station in 1955, eventually becoming home to 98 squadron, and equipped with 3 Douglas Thor nuclear missiles, which had an astonishing range of 1,750 miles, just within reach of Moscow.

By 1977 the Army took over the site, renaming it 'Alamein Barracks', and by the early 1980s the runways were all removed, and in a great example of recycling, the hardcore was used in the construction of the Driffield bypass. When the Army moved out due to the expansion of RAF Leconfield for driver training purposes the RAF once more took over the site in 1992 renaming it to RAF Driffield 'Staxton Wold site', (and thus beginning a period of confusion for myself which could have ended so wrongly hahahha!)

The site finally closed in 1996, thus drawing to a close 60 years of service.

On with the photos:

Site from the air: 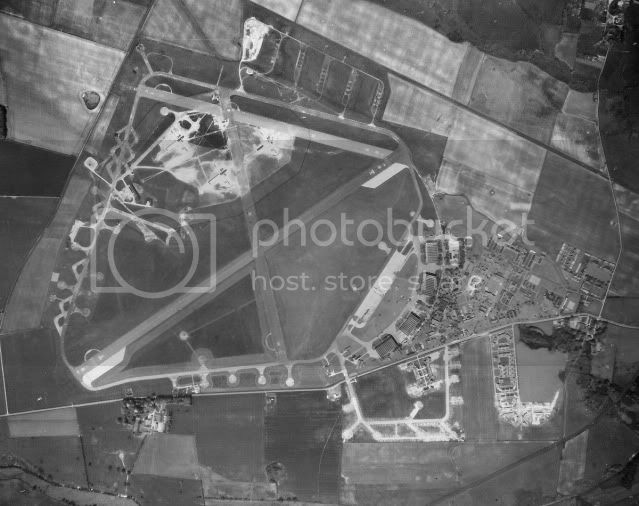 First building I came to, totally trashed by the chavs, but some really nice light filtering through: 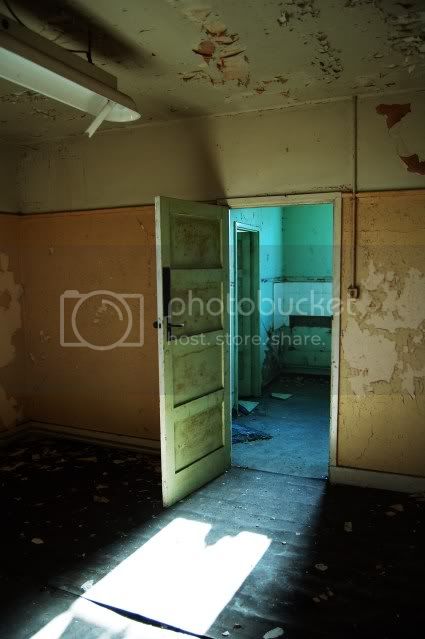 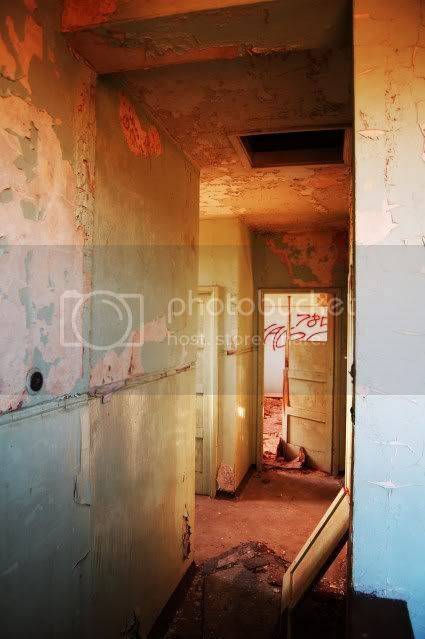 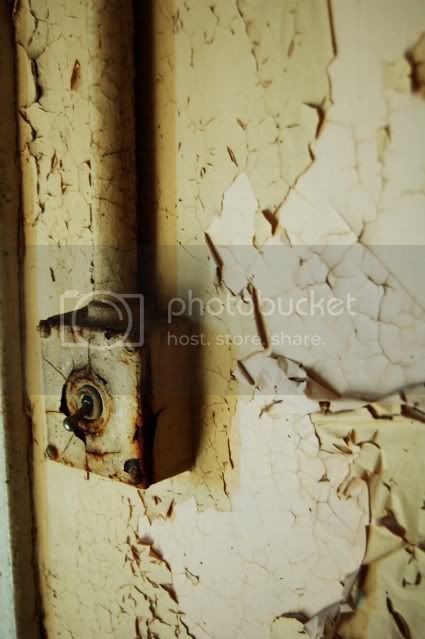 All the accomodation buildings had these units, I quite like them 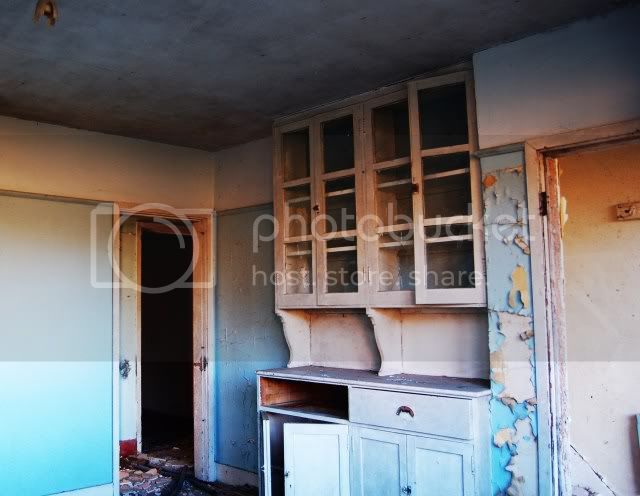 Some great light this morning: 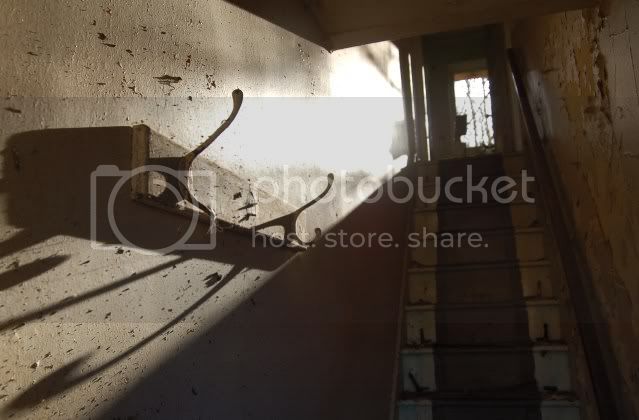 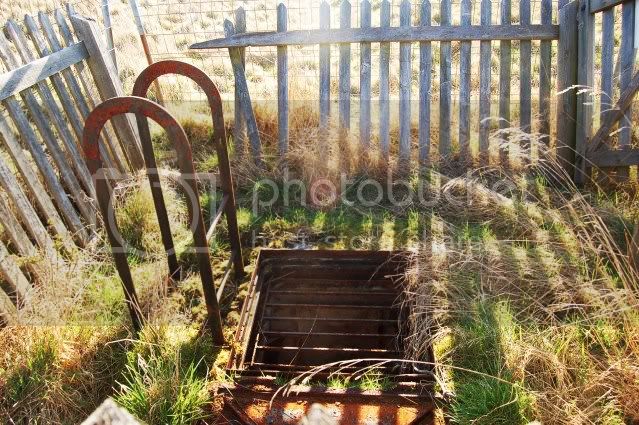 Many of the doors were bust open, this was one of the surviving few 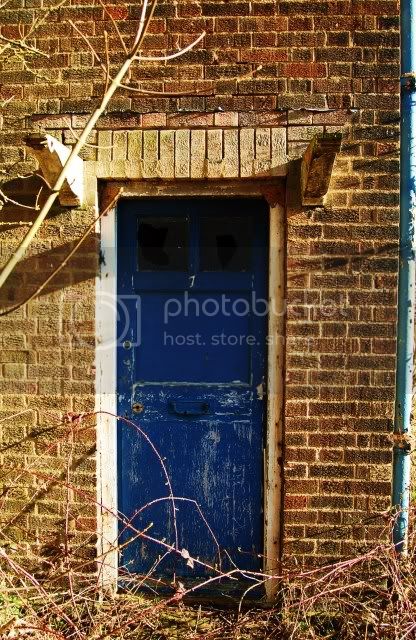 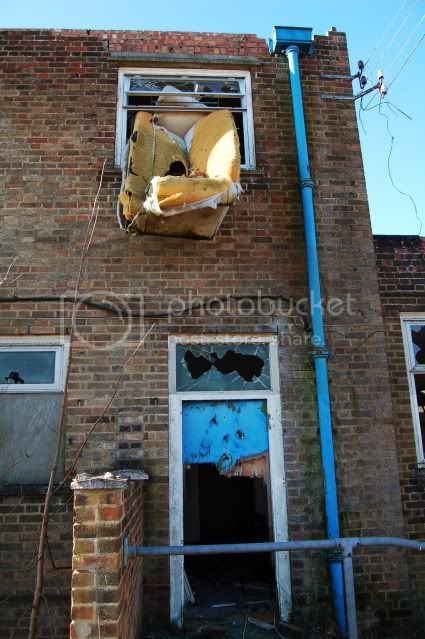 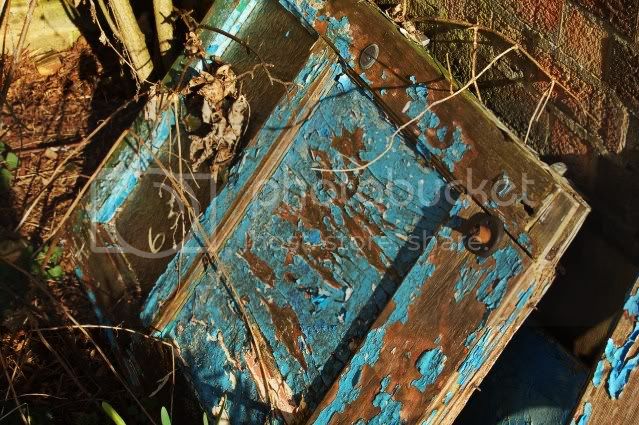 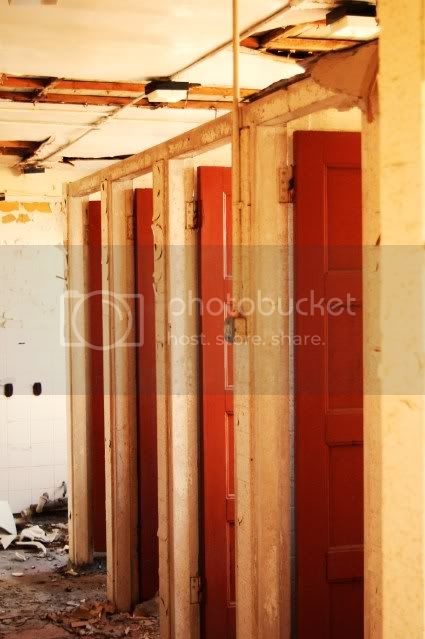 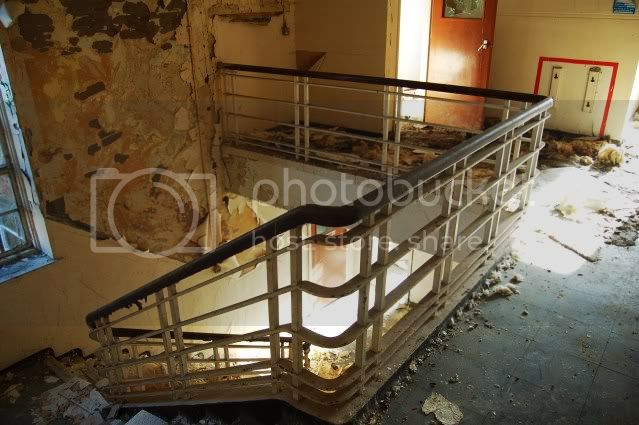 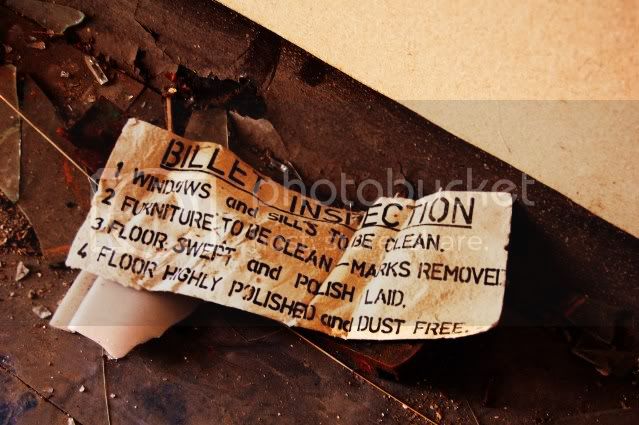 Alternative view of the stage: 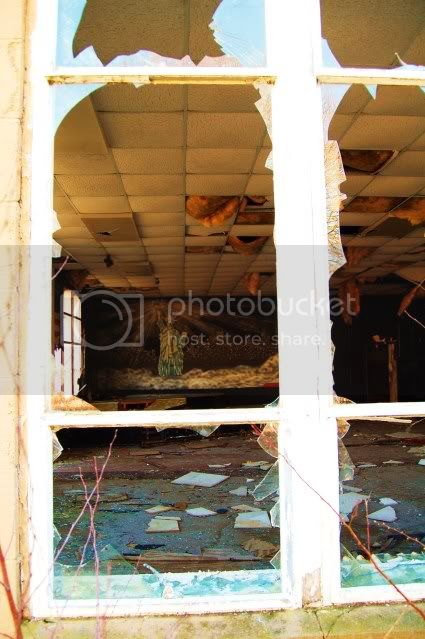 Like this shot, the blinds and the radiator with the tree outside: 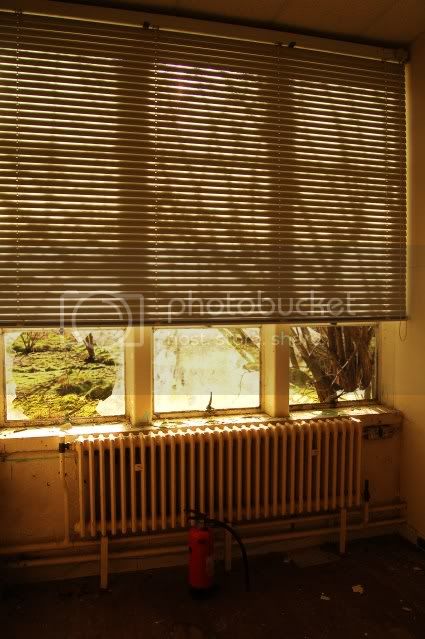 Shame the makers plate had gone, I like those: 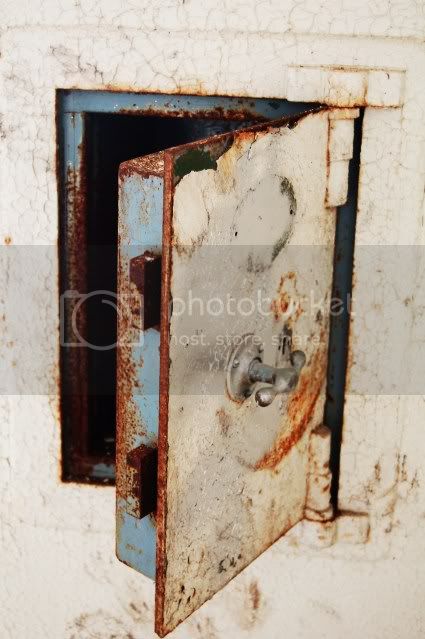 My way or the highway: 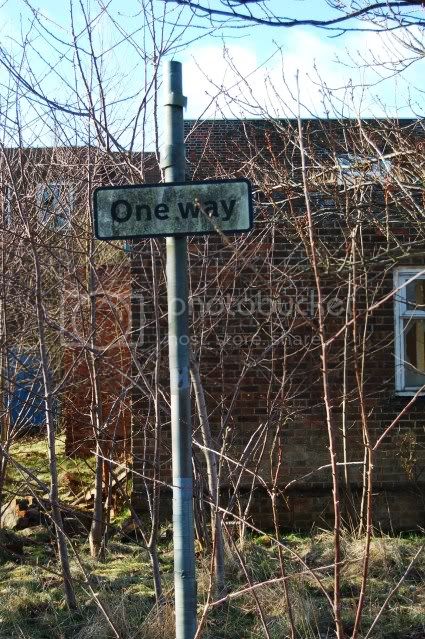 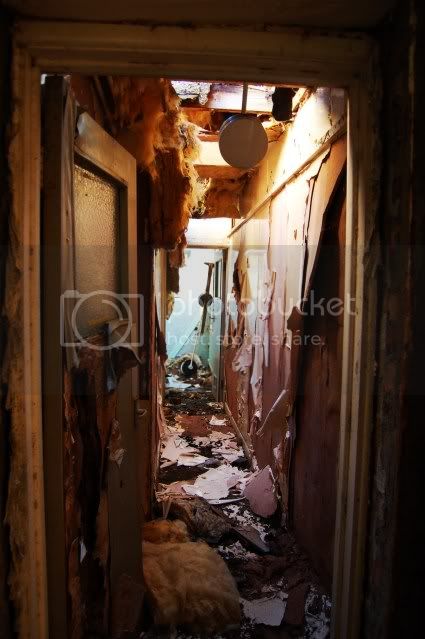 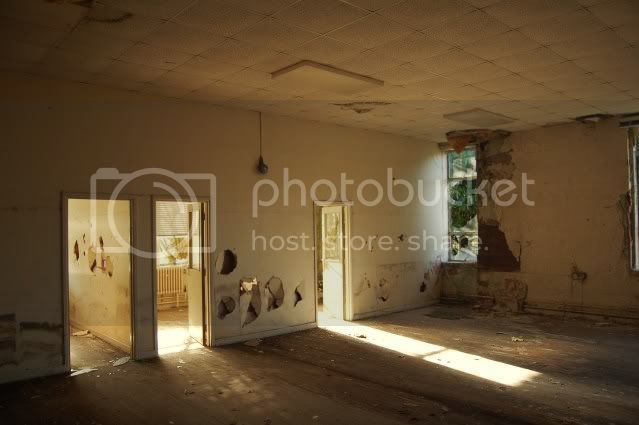 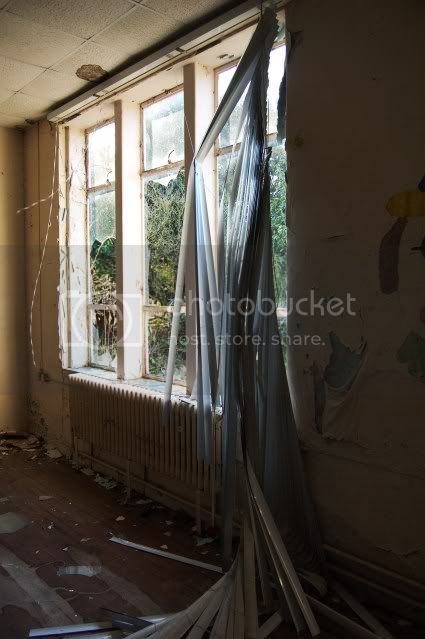 So, it was around here that my 'fat ninja' skills failed me completely, when on an explore you the last thing you want to meet is either a smack head, or the 'anti exploration' chapter of the Hells Angels, or in the case of a military base anyone in army uniform. As I stepped out of a door right in front of me were 30 soldiers in best dress in the middle of a square bash. One of them raised an eyebrow at me, fortunately the little man at the front shouting a lot did not turn round, I slowly reversed and headed for home! So, no English Electric Lightening picture this time, perhaps I will get it during round 2 in a few weeks or so!

Last one from me, cheerio! 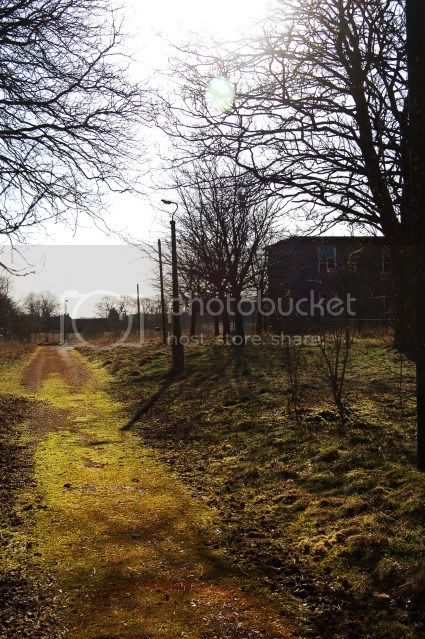 EEK on the finding 30 soldiers when you came out the door.

I like the pics with the sunlight shining through, the deco stairs, and the blinds and radiator shot. I like them all, I love military sites.

Chuckle at your write-up, TK. Looks like the possibility of the infamous camp was present at both places!

It looks a lot more trashed since the last time I saw a report from there. Fabulous pics, though...love the light and the colours.

Good report and shots. I like the bit about bumping into the army on the explore.
Last edited: Mar 28, 2010

Thanks all, it was quite a relaxed wander until I bumped into the army dudes hahahaha! At least it is better than the fella with the rifle I met when I visited Newbridge quarry

Wonderful photos,it looks like a great place.I wish I could do proper justice to some of the interiors I have take pictures of,you put me to shame.
Bumping into shotgun weilding drunken farmers scares me enough let alone the army.
When I was on Preddanack RAF base we bumped into an army guy sorting out a load of armored vests,surrounded by boxes of what I imagined were some kind of explosives.He looked up completey nonplussed,I asked him in a manner that surprised even myself by virtue of it's calmness,if we could look at the planes,his reply with equal calm,was"I don't see who will mind,but there will be some exercises a bit latter on this afternoon,so probably not good to still be around when they start"
Some times you just meet the right people!
While I deplore vandalism of any kind,there is that special breed of vandal with a bent for the defiance of gravity,I speak of the hanging sofa,I came across a gravity defying fridge a while back,that you can see on my post entitled: The motel of dereliction.
Oh well enough of my jabbering.
Enjoyed the photos,cheers.