This is a bit of a poignant one for me.

Between 2009 and 2011 I made around a dozen trips to RAF Upper Heyford in order to explore and photograph it's vast array of abandoned buildings spread across what was once one of the largest air bases in the country. Vacated by the USAF and abandoned since 1994, most of the buildings were in remarkably good condition and there was always so much to see you never knew exactly what you'd get into.

I made many trips here, with many different people. On my first visit I met someone who has become one of my best friends. On my second visit I was introduced to someone who would later become a significant part of my life for a while (sadly it didn't last ), I had my first encounter with police after waltzing out the site right in front of security who called over the police from the active police station on site. I nearly killed myself getting into the hospital incinerator building (and was one of only three people I know of to see inside) and I was lucky enough to see a couple of buildings - with permission - that as far as I know was the only time they were ever opened up for photographers. But above all it was just a really nice place to wander around, the majority of the site was very easy to get into and you could spend hours getting lost amid the streets marked by American street signs and fire hydrants. I made my last visit to the main base in the late summer of 2011 and plans were announced for the redevelopment of the site a year or so later. Demolition of the communal areas of the base began back in the summer of 2013 and it seems continued relentlessly. Now there is an enormous faceless new housing estate where much of one side of the base once stood, it was a shock to the system to see just how much has been levelled and redeveloped.

However one little pocket has largely escaped - for now. The former school/police training buildings to the far north of the airfield are mostly still there, their position the furthest away from the core of the development has no doubt spared them. Slowly however the new houses and facilities are getting closer and I was told by my friend who knows someone working on site that they will be coming down early next year.

This was my chance to say a farewell to the biggest abandonment Oxfordshire would ever have and a place that holds an extremely special place in my heart. Compared to five+ years ago it was a real faff to get on site as a lot of the fencing has been replaced but after a long search we found a way in and from there it was plain sailing. Once inside the memories started returning as I recognised different areas and I was very surprised at how little it had changed, bar a little more graffiti. There was even an 'exit' sign dangling in front of a door exactly the same as it had been back in 2011. After an hour or so of wandering around in the weak December afternoon sun I said my final goodbye to Upper Heyford, and I was on my way home. 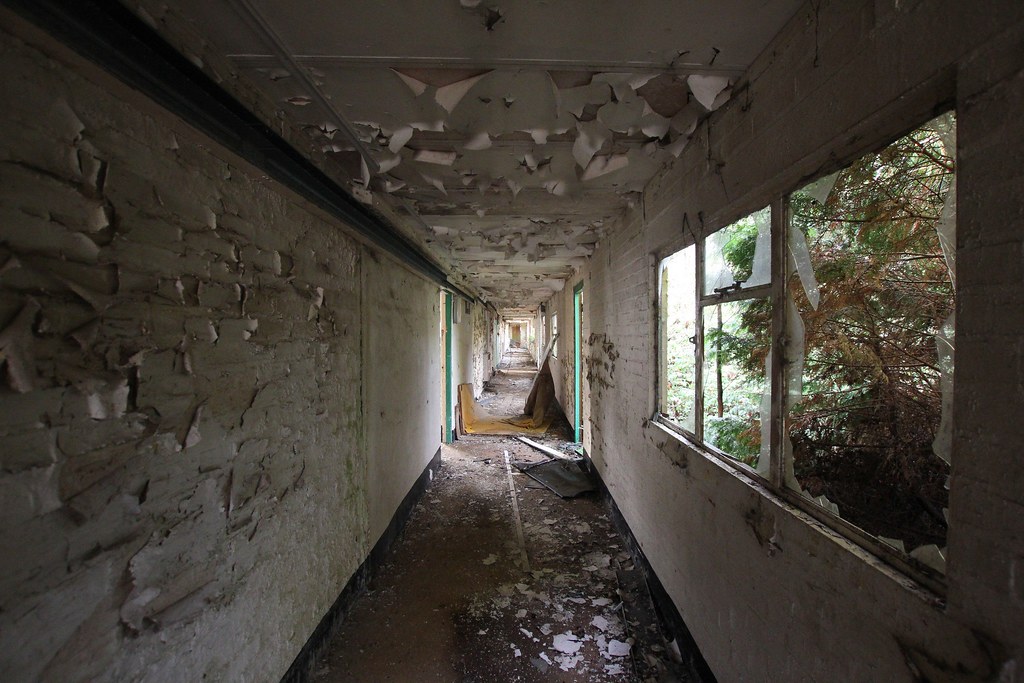 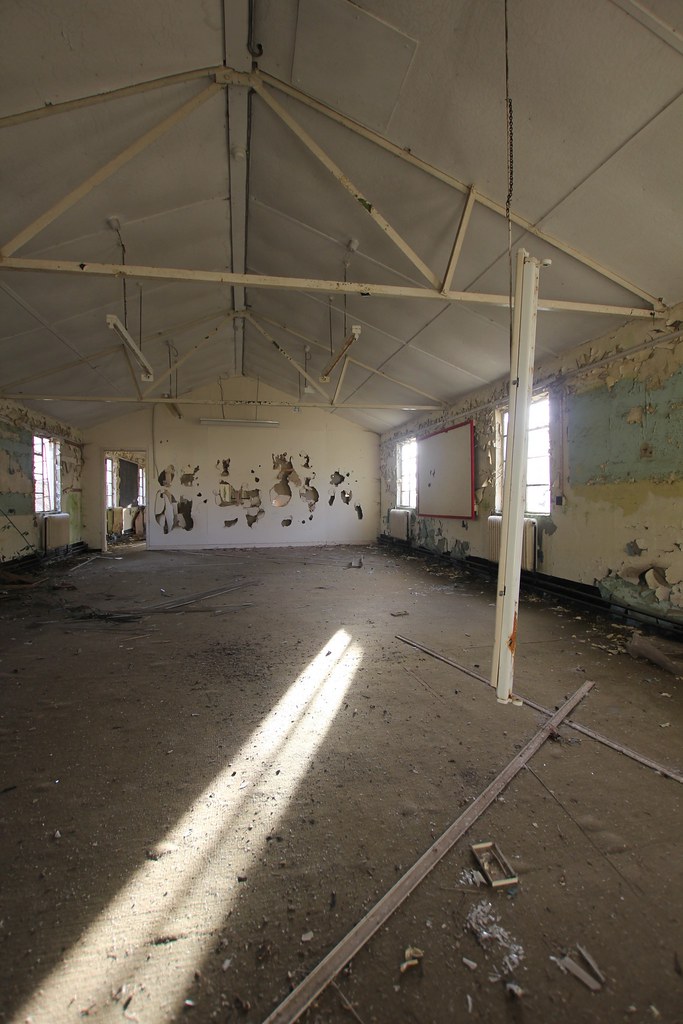 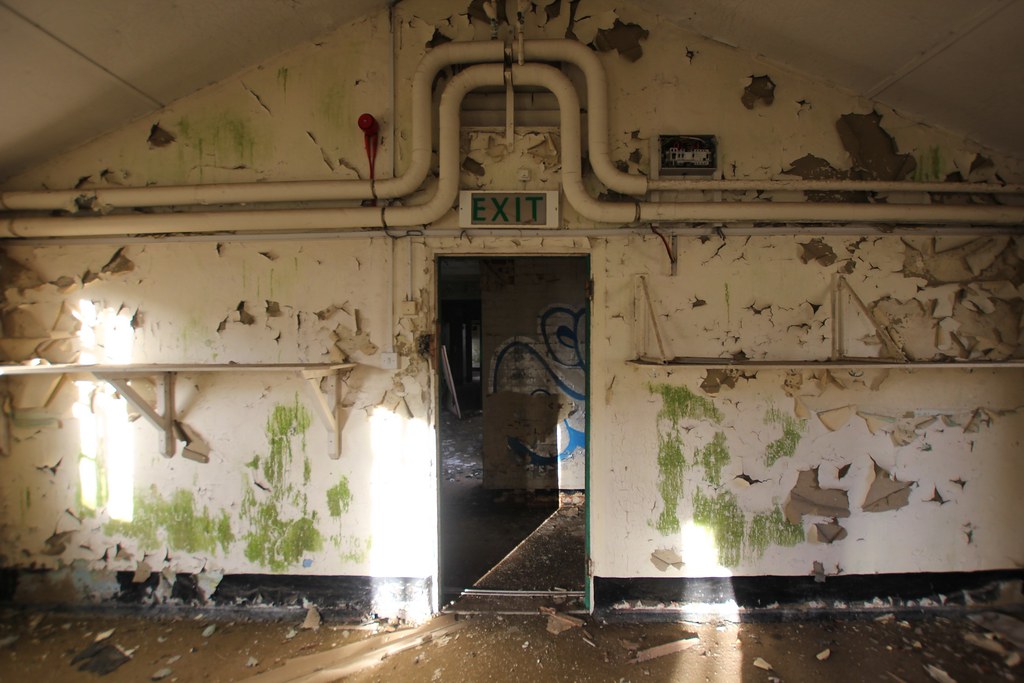 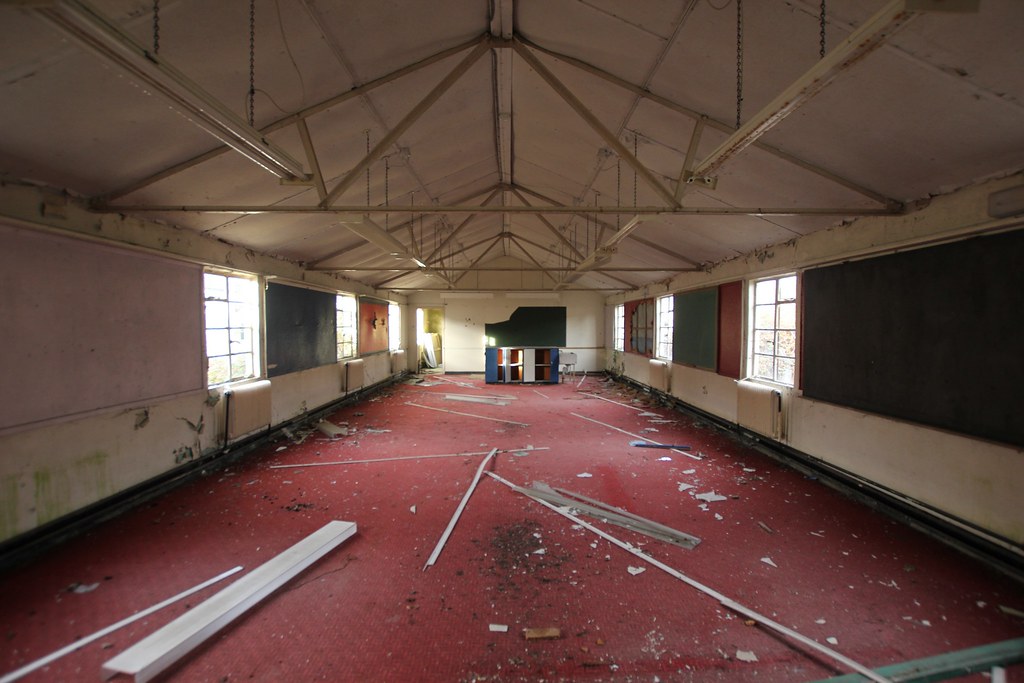 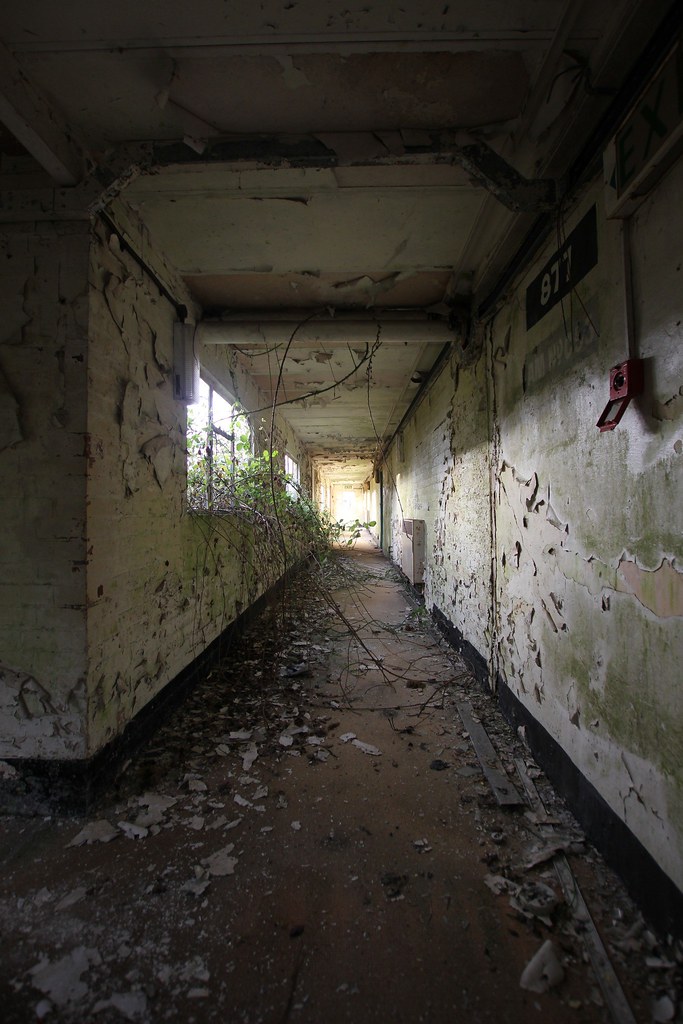 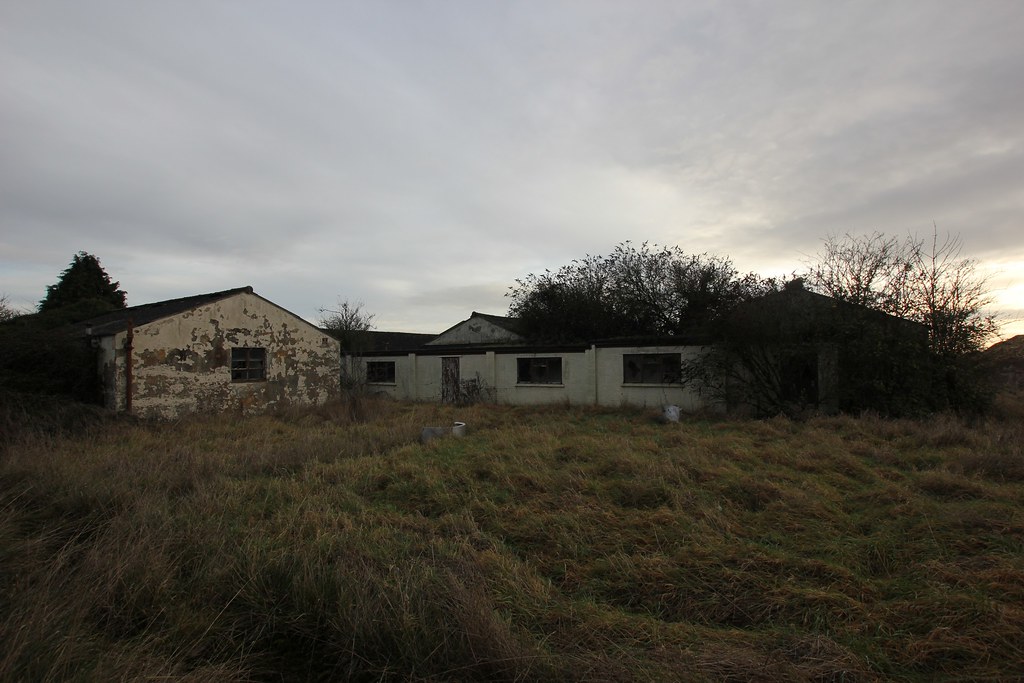 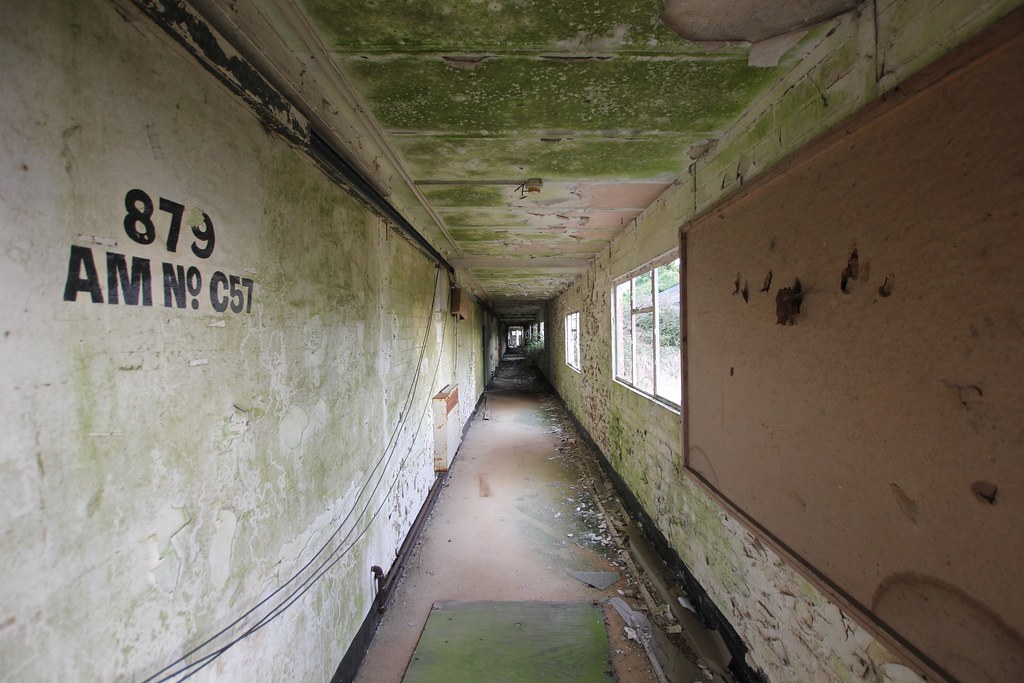 The exit sign which hadn't moved for over five years... 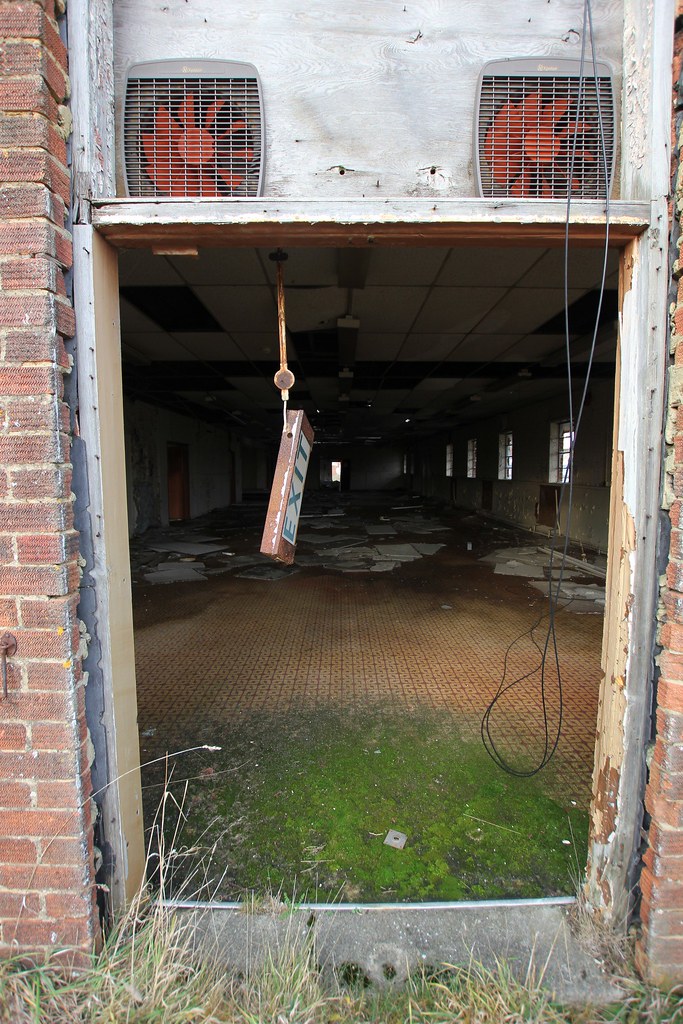 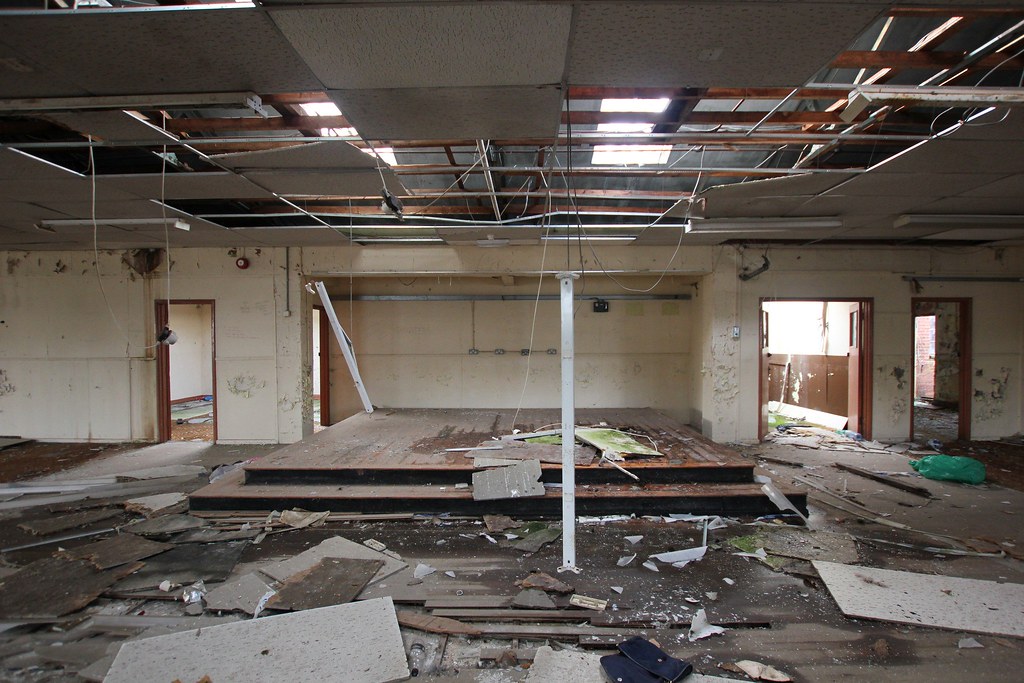 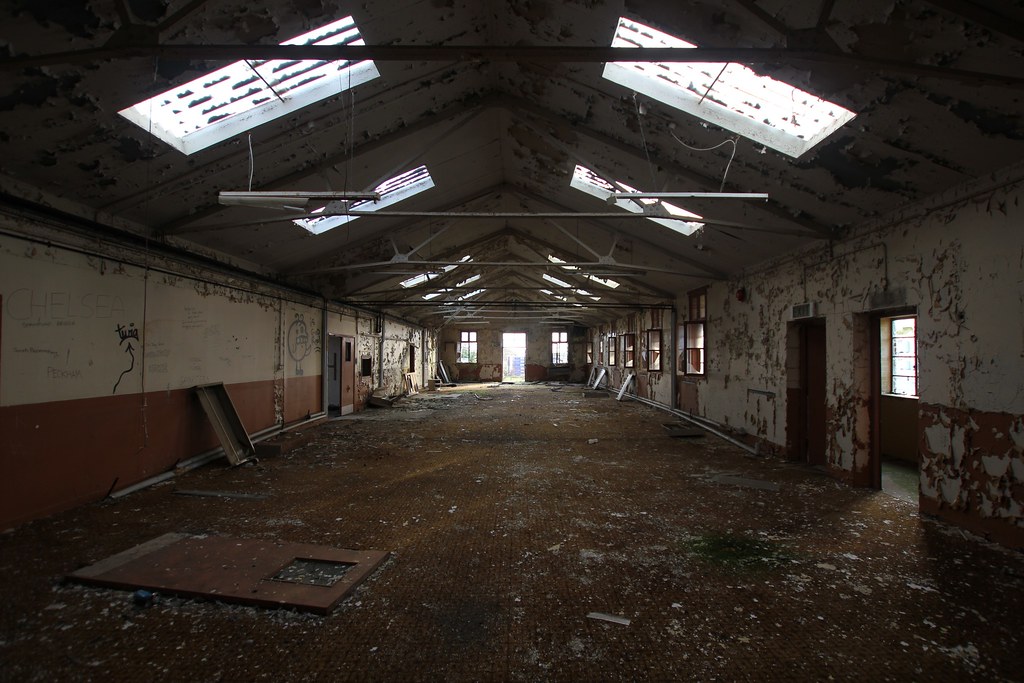 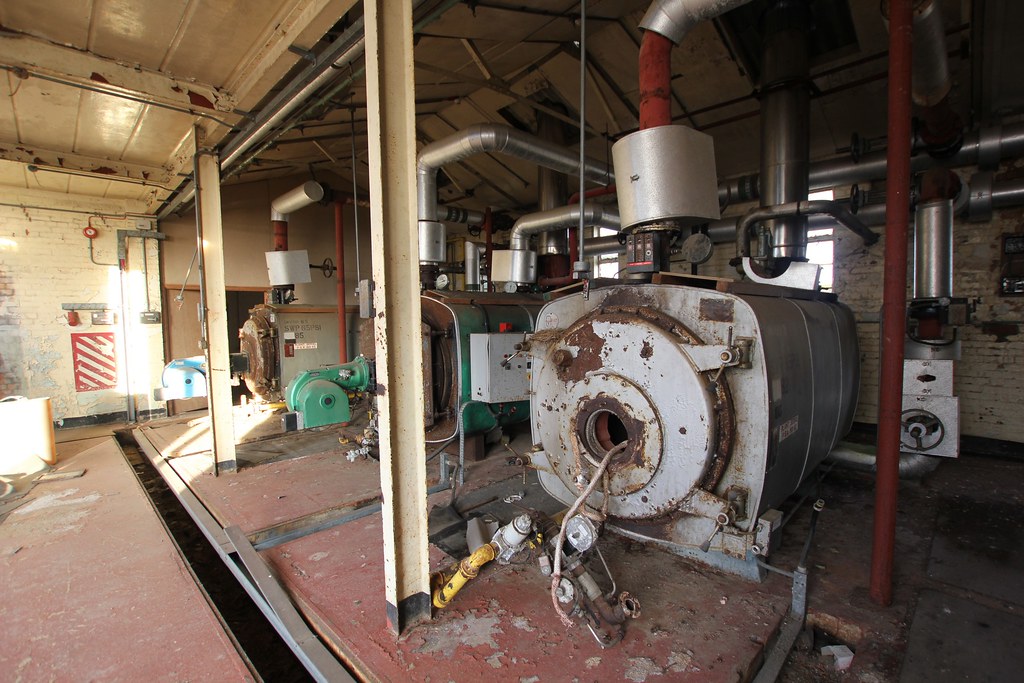 The legendary indoor beach volleyball court which, bar a small fire at one end has been practically unchanged in five years. It got badly hit by taggers in 2011, who decided to focus their scribbles on this one building and didn't touch the rest of the base... 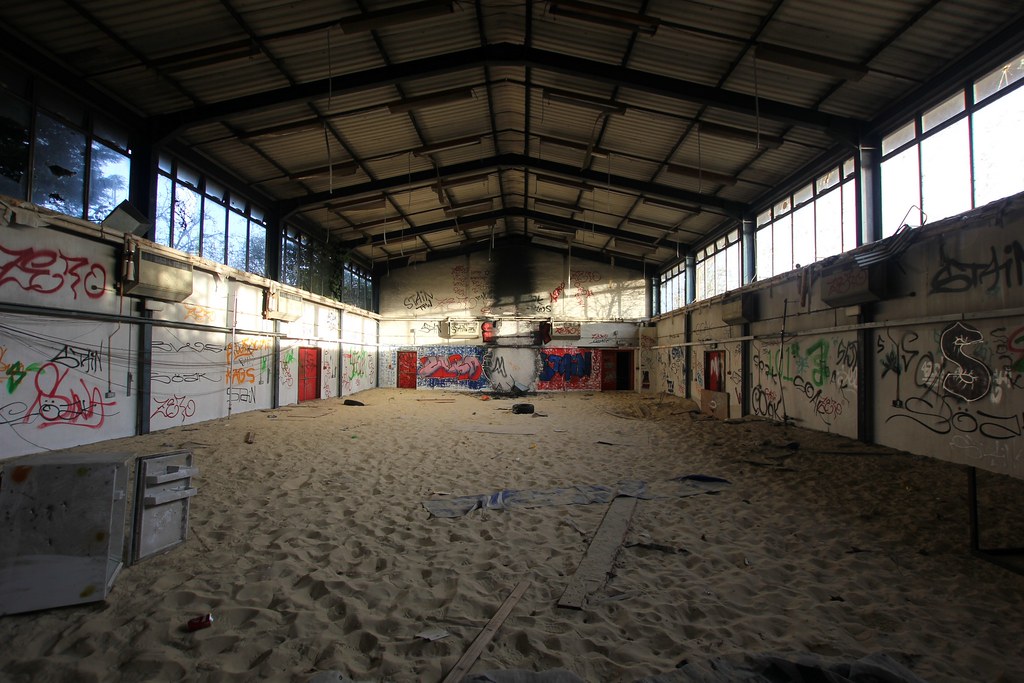 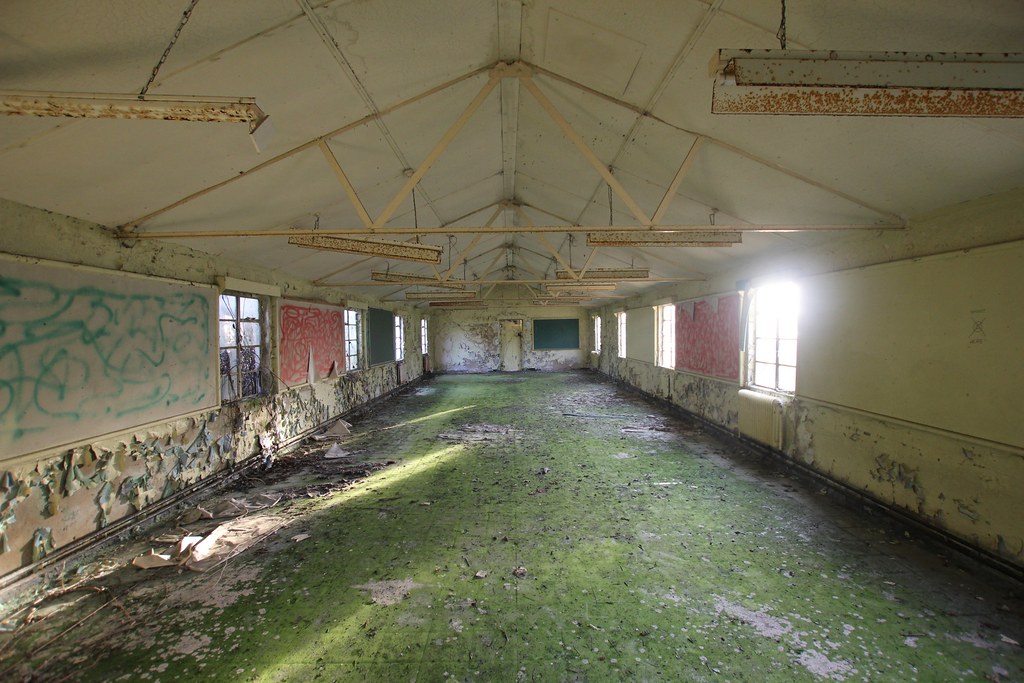 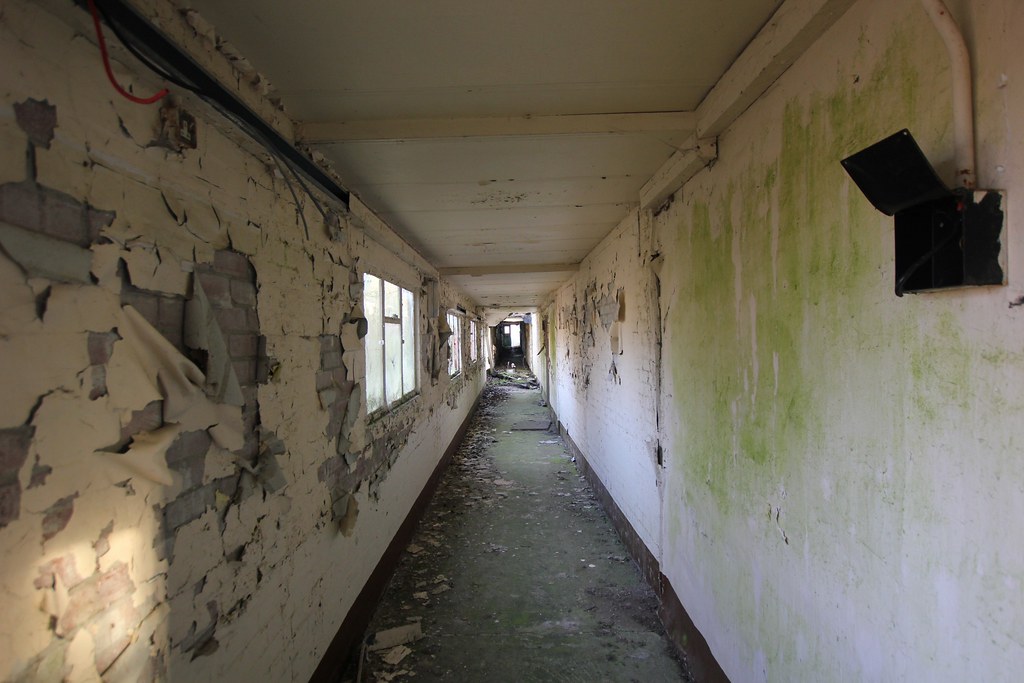 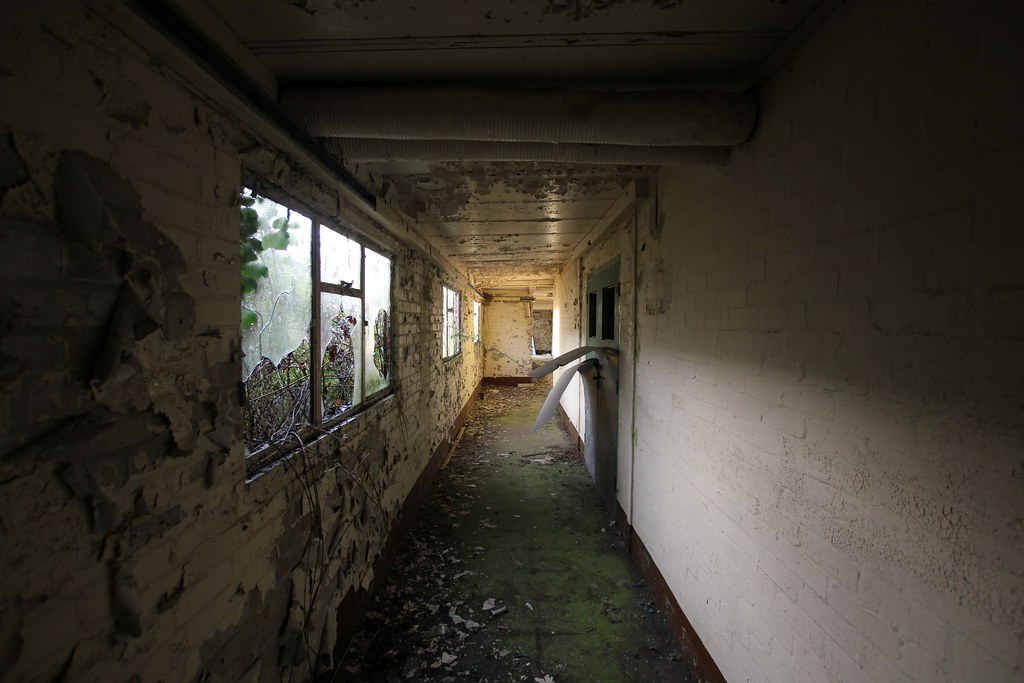 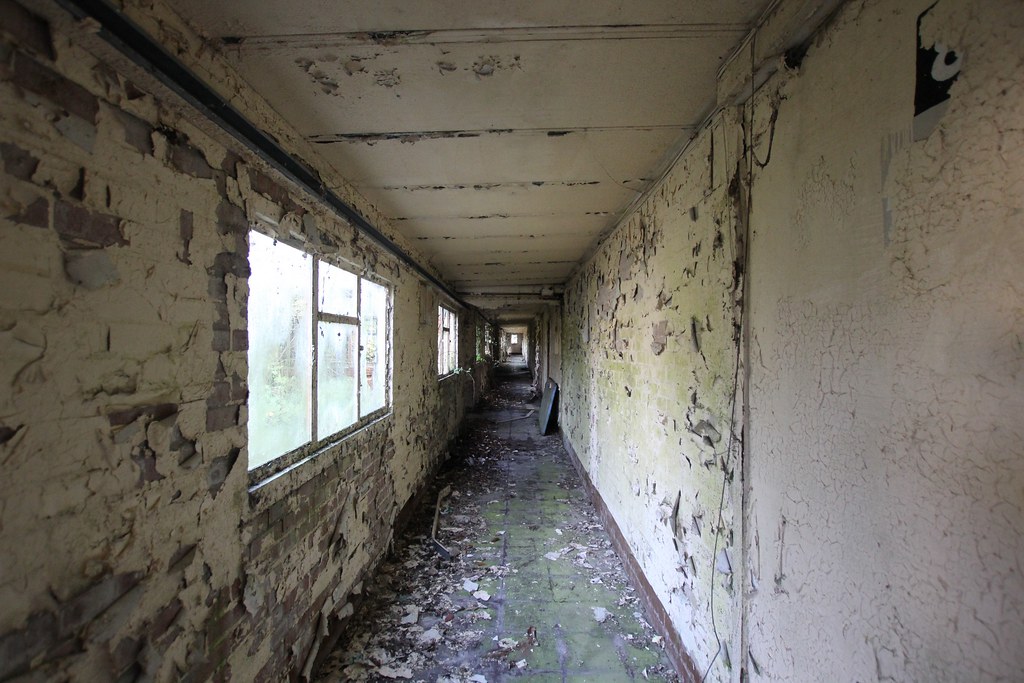 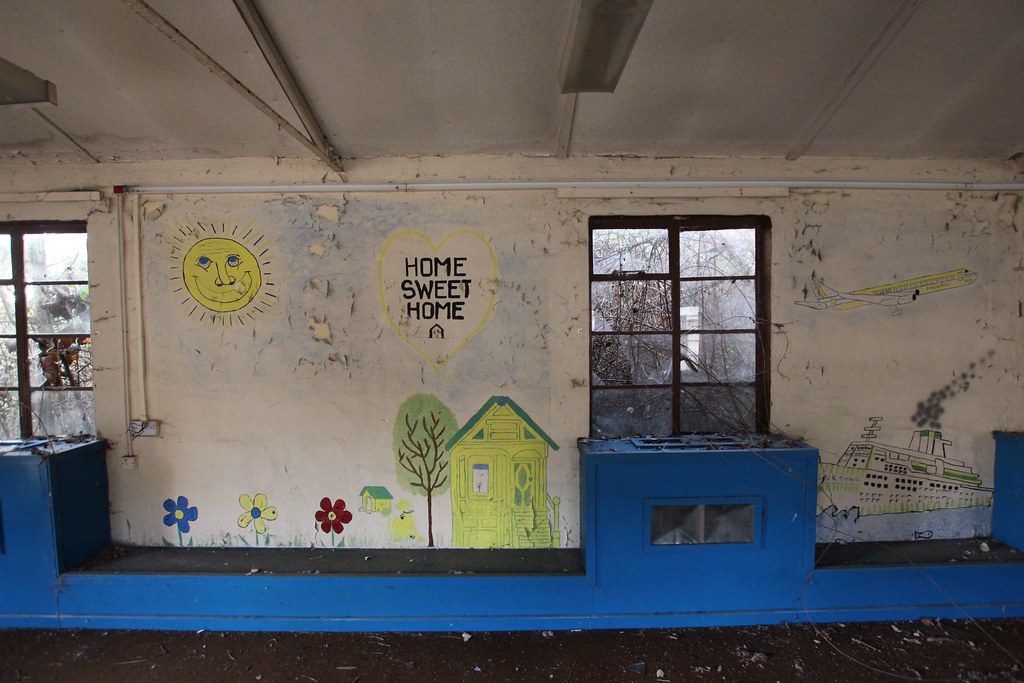 And just before we left, I found one of the chalkboards...

This is when it really hit home, all the personal history I have from this place. All the friendships (and more) that came out of it, all the good times and laughs on gorgeous sunny days wandering the halls. Whilst I had been revelling in the memories that were coming back whilst walking around, I hadn't felt the massive pangs of nostalgia which I had gotten instantly when I revisited Hellingly last year until this point, when I saw my name written by my friend almost five and a half years ago, the day I damn near killed myself getting into the hospital incinerator building. 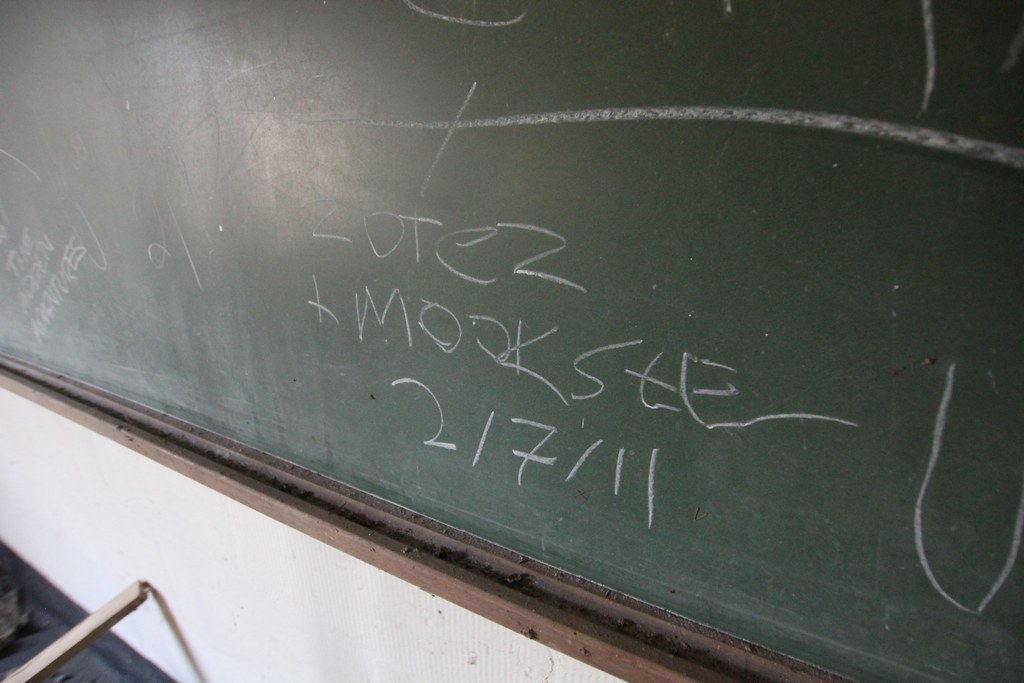 Thanks for reading, it's a lot more wordy than most of my posts but this place has always given me a lot to say...

Straight to the naughty step Mook, Loved it, Thanks

cant beleive its still standing !
volleyball court was cool before it got tagged

MD said:
cant beleive its still standing !
volleyball court was cool before it got tagged
Click to expand...

This is pretty much the last bit left of the Upper Heyford we knew, the rest of the place has become a horrible housing estate. I remember the Volleyball court when it had no graffiti in it as well, good times.
You must log in or register to reply here.