Hi All
It`s been a long time - so it`s road trip time with Fluffy, our first port of call (See what I did there - port get it, oh well never mind) was the former Royal navel stores depot in Milford Heaven (Newton Noyes).

The depot was opened in 1939 just ready for the pesky Germans, it was an underground magazine depot used to store sea mine for the fleet, it had it`s own railway network and pier to help with loading, the site also has a number of rail feed underground magazines (the sexy bits).
The depot was finally closed down in 1989 then went through various owners the last being Gulf oils who ain`t too keen on you been there. 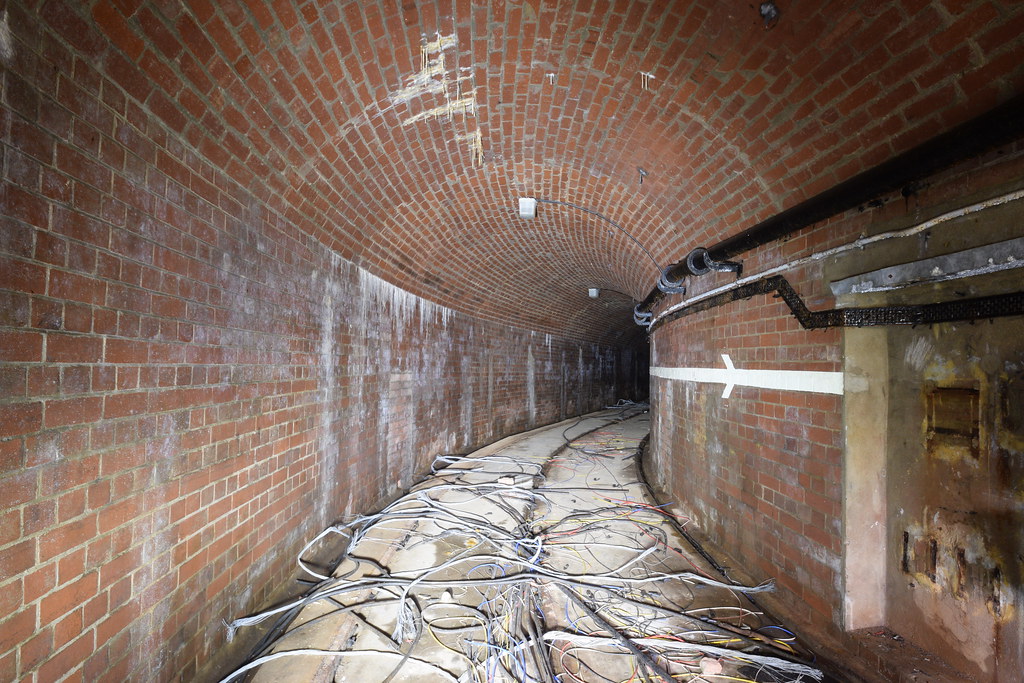 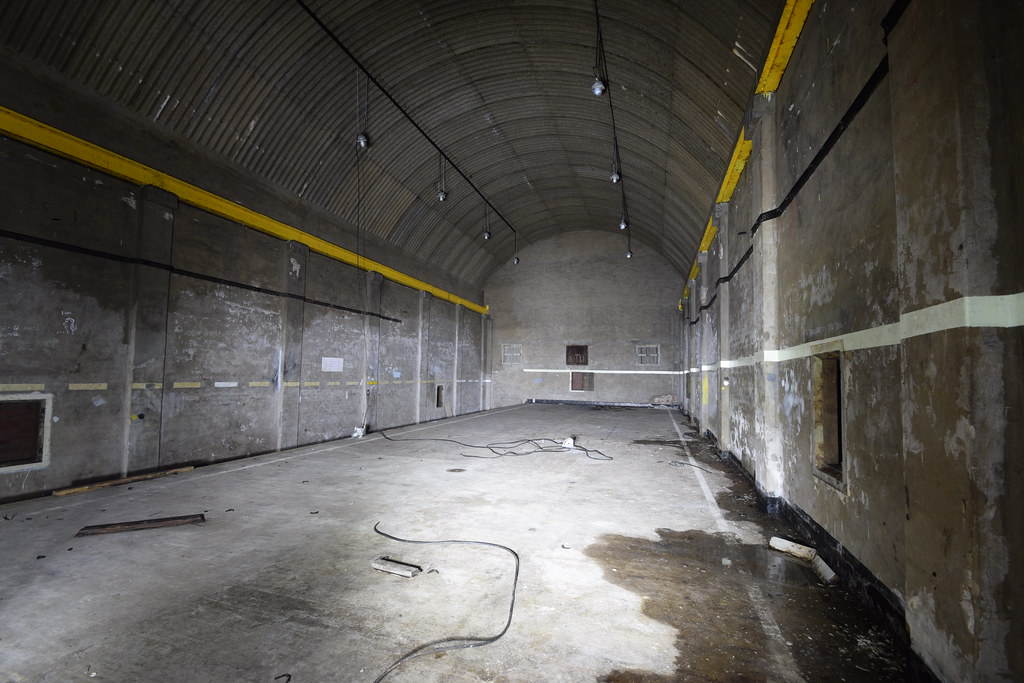 The 4 magazines we went in to are all just a little different.

Some things never change too much, although built in the mid 1930`s the magazines still feature a "shifting lobby" - one side is the danger side and the other the "safe" side. 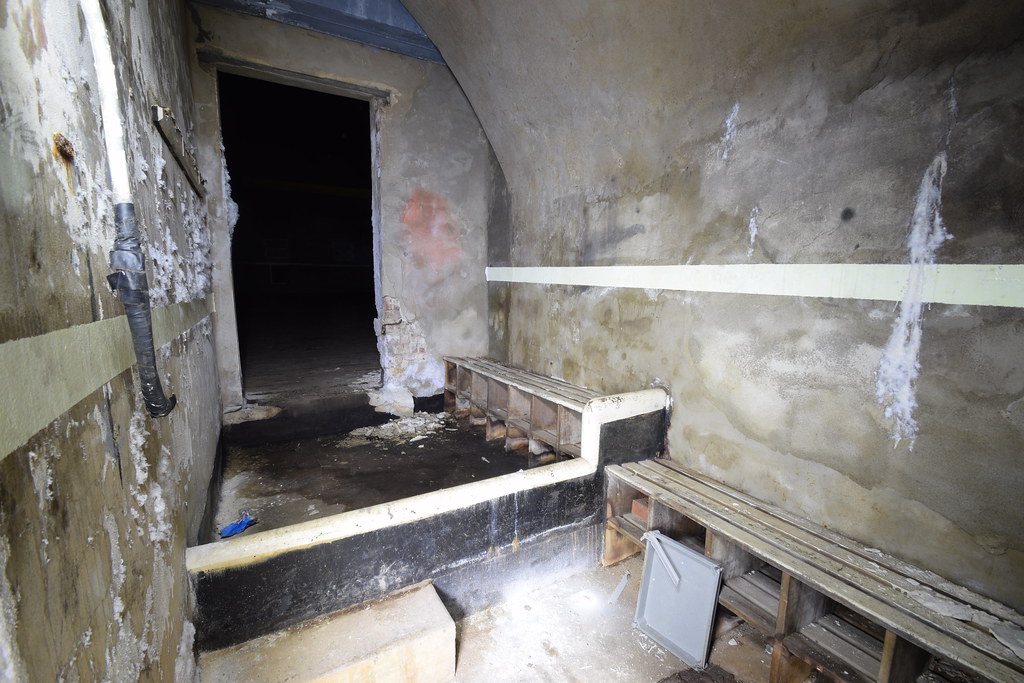 Only one of the magazines still has it`s gantry crane still in place. 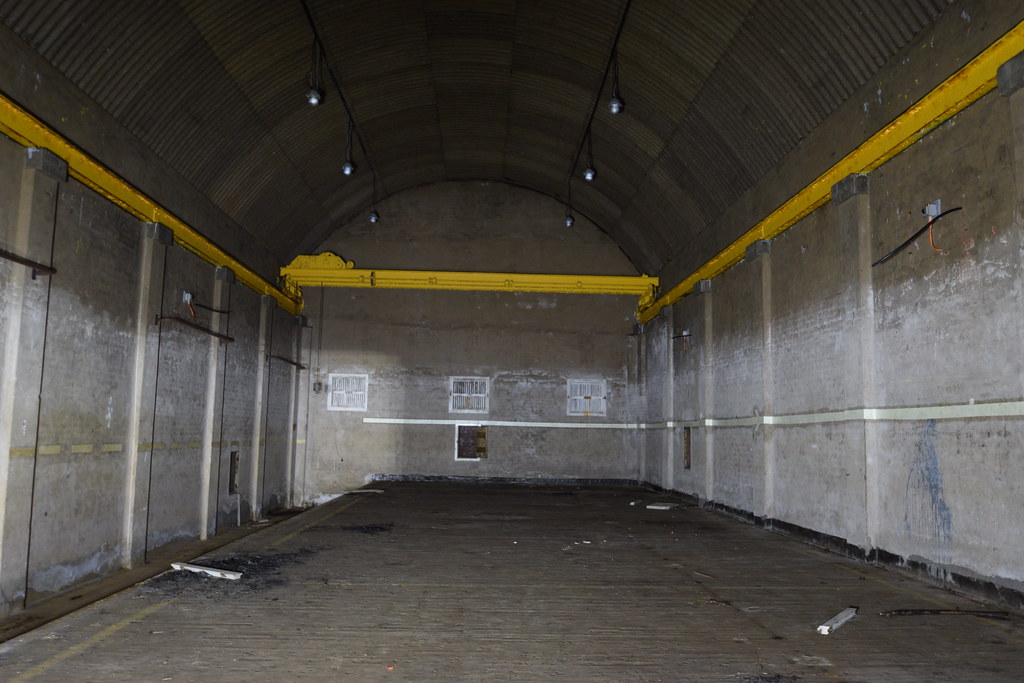 Time for some arty tunnel shots. 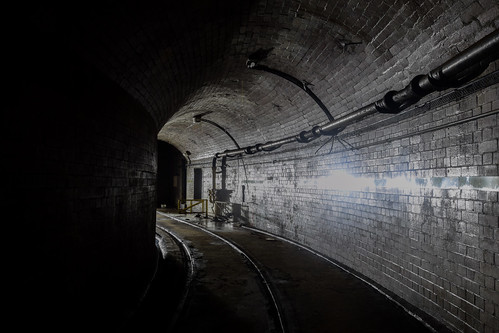 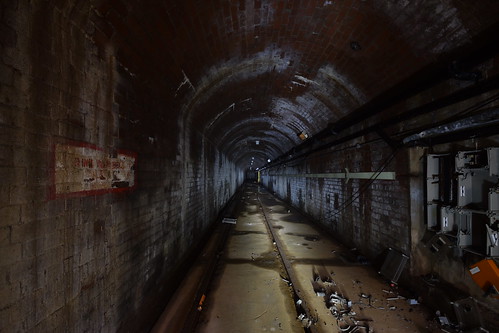 Each of the tunnel has some form of fire fighting gear in them, not painted red but yellow, we sort of guessed the yellow cages are for folded hoses. 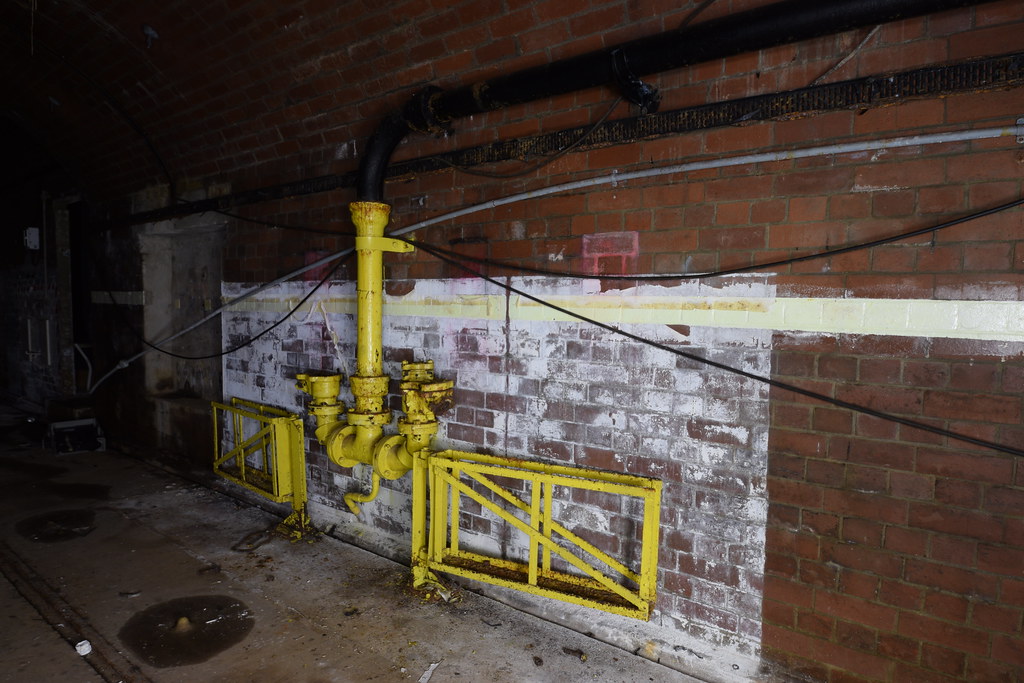 Right that will do for Milford Heaven, cheers for looking guys, all comments are most welcome.
There are a few more shots over on my FlickR site so head on over too:-

The anticipation mounted as we left the car .... the locals looked at us with mounting suspicion, they knew ... !! As we headed in to the boggy grasslands we passed a farm building with, ominously, a Bofors gun sat pointing towards us as a warning !! We knew this place was worrying - we'd seen the videos, security on standby, armed police with dogs lurking in every bush just waiting to pounce - this was not for the faint hearted. As we neared the fence line i swallowed hard as a military helicopter roared over our heads - had we been rumbled ? We lay low for a minute or so until the buzz of its rotors had faded. Now we headed straight for the 10 foot high unpenatrable fence hopeing above hope for a missing strand of barbed wire our feet continually getting snagged on the intense brambles, blood was now starting to pour. Then we saw it, the sign warning of untold tortures ahead should we be foolish enough to pass beyond the boundary fence. We stopped dead in our tracks and debated whether we should abort ..... deciding this was probably gonna be our only attempt we pressed gallantly on. With the skills of a ninja we scaled the electric fence dodging the razor wire and searchlights ..... We were in .... Now we only had security to worry about ........ !!
F

OK kiddies - i was only jesting with you !! The moral of this story is "Dont believe everything you see on youtube" Some people like to "big up" their explores !!
PS great shots Oldage this was a top notch explore thanx for being the chauffeur. !!
Last edited: Mar 15, 2020