Throughout the late 1930's and early 1940's there was a mass growth and interest in the UK for aircraft both in commercial and military usage, accelerated by the ongoing world war. It didn't take too long the realise that for the development of technologies there would need to be somewhere for the development to take place.

Set up as the National Experimental Establishment it was originally planned for the already existing Farnborough site to take up the role as the testing facility. It was later decided that the site would be based in Bedforshire, making use of the existing RAF Thurleigh airfield and basing the wind tunnels and other facilities at the Twinwood farm.

Construction began in 1947 to convert the airfield with works such as the runway extension taking place with the windtunnels starting to appear in 1946 with most construction work running into the late 1950's. The sites housed four windunnels, 3ft x 3ft, 3ft x 4ft, 13ft x 9ft and 8ft x 8ft, a runway and control tower along with the accompanying structures. 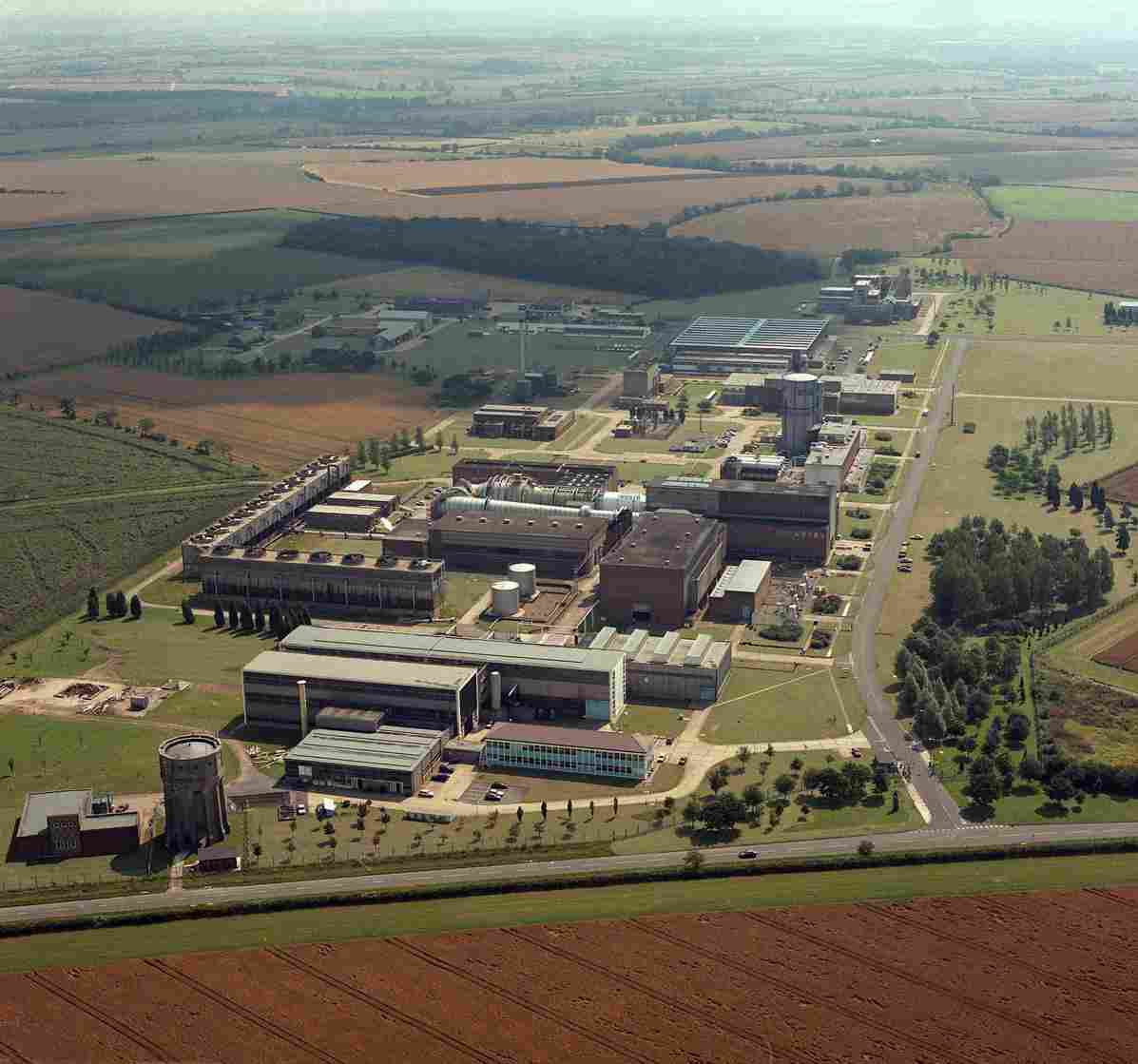 Today the 13 x 9 tunnel is still in active use, with RedBull employing the tunnel in development of F1 racing cars

The tunnels saw heavy usage in the years to come working on almost all Aircraft projects in the UK and some worldwide. Mainly due to the vast knowledge of those employed and advanced facilities which the site provided quoted as being "the finest research and development establishment outside the U.S.A." by Author Percy in his book of RAE bedford.

The early 70's saw a team of high speed researchers relocated, from Teddington whilst the laboratories were rebuilt, to RAE bedford. 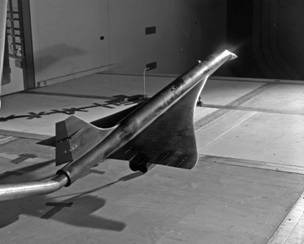 The wind tunnels saw development of aircraft such as the Concorde as well as the Hawker Siddeley Harrier as well as military rockets and weapons.

Systems such as Tactical Landing Guidance, MADGE (Microwave Aircraft Digital Guidance Equipment), Area Navigation and Flight management, Vertical Take-Off and Landing (VTOL) which all have links to their development at the airfield.

As of 1994 thurleigh airfield no longer served the RAE and has since become a storage ground for recalled cars.

The windtunnels have become part of the Twinwoods estate with some being re purposed for industrial usage and other (as mentioned) being re used for leisure or different forms of research. The other building have sat vacant with parts of the tunnels being demolished.

So, where to start.

I'll begin the report sometime back in Spring 2019. After having failed the main 8x8 windtuneel we had been left empty handed and thus decided to give the former Thurleigh control tower a try, following a lengthy walk in the rain we made it and after some questionable climbing we were in.
​
Ground Floor 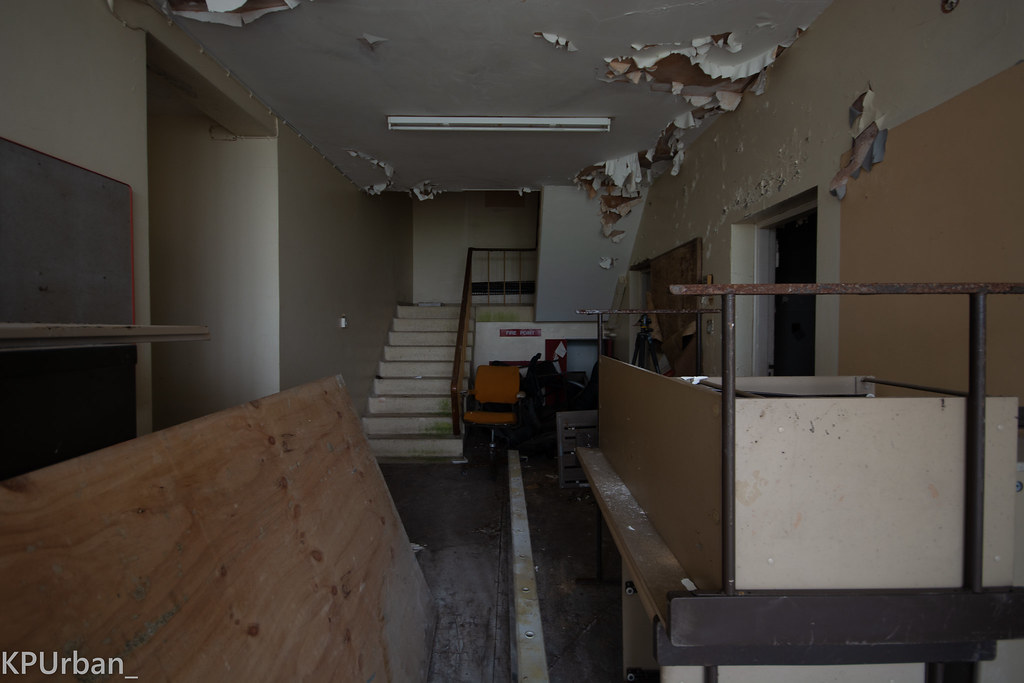 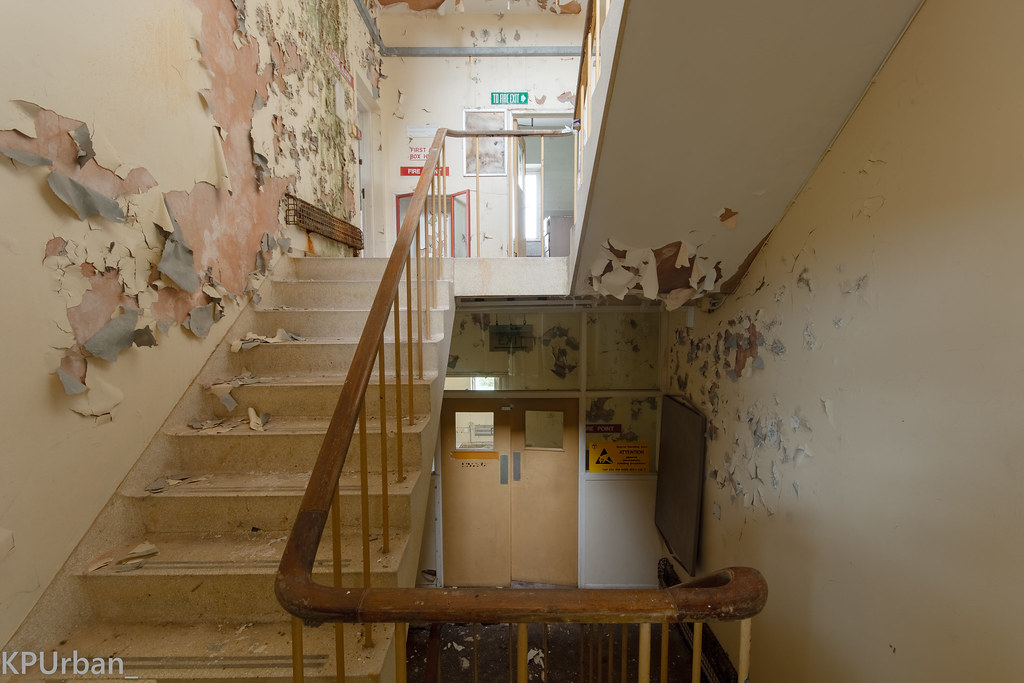 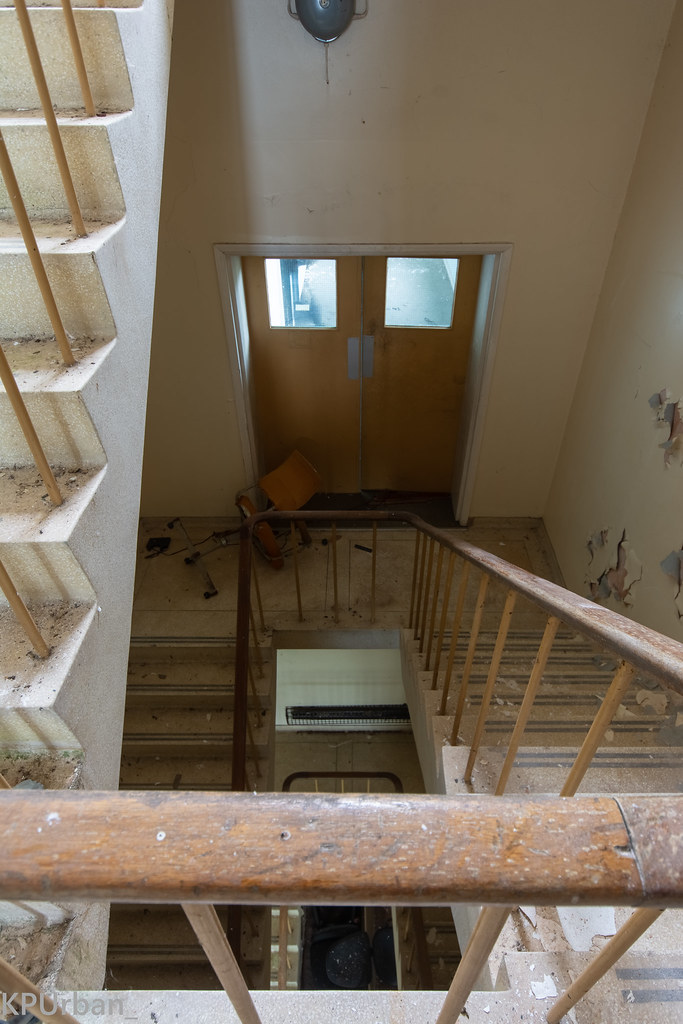 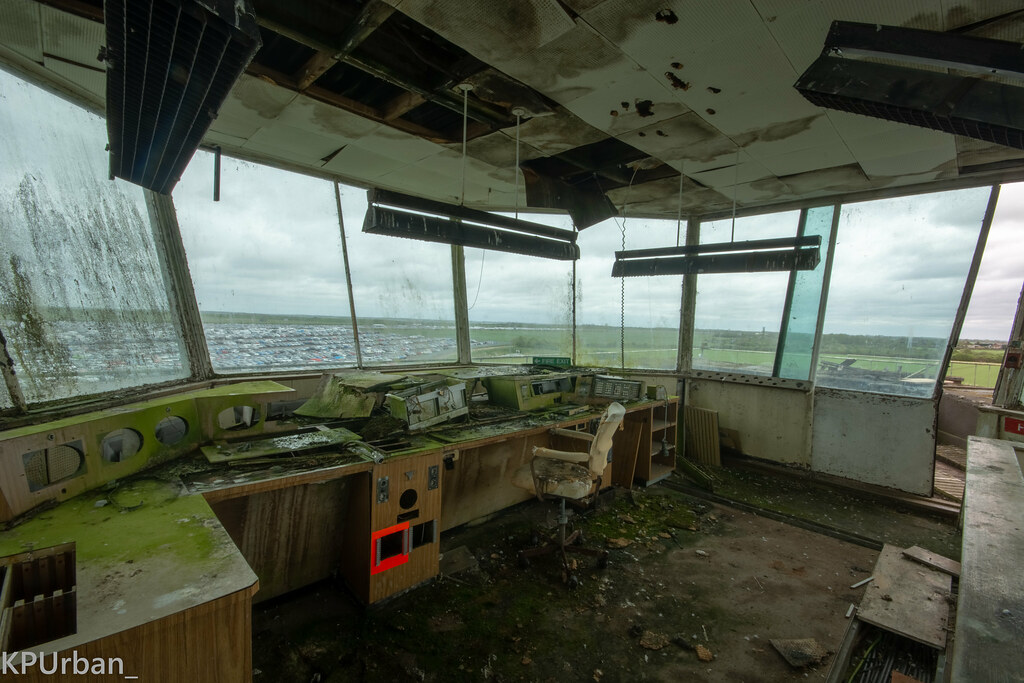 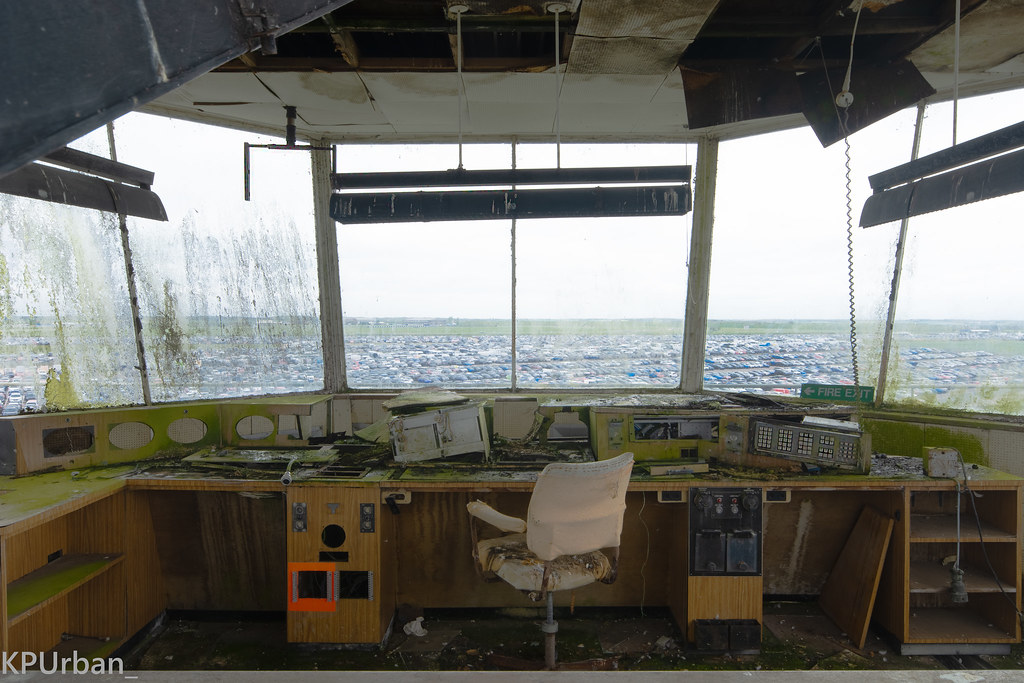 The 3x3 Lab
For this part of the report I take us back to January, our first attempt of the infamous site. It had been a rather long travel and after a tight squeeze and climb we had found our way into the 3x3 Laboratory. This building is the most decayed of the 4 in this report and perhaps the most empty. Once in and set up thngs went to crap as my D5100 decided that it would rather be an expensive paperweight than a camera. So I was left with no choice but to use a friends.

I assume there might have been a turbine here? 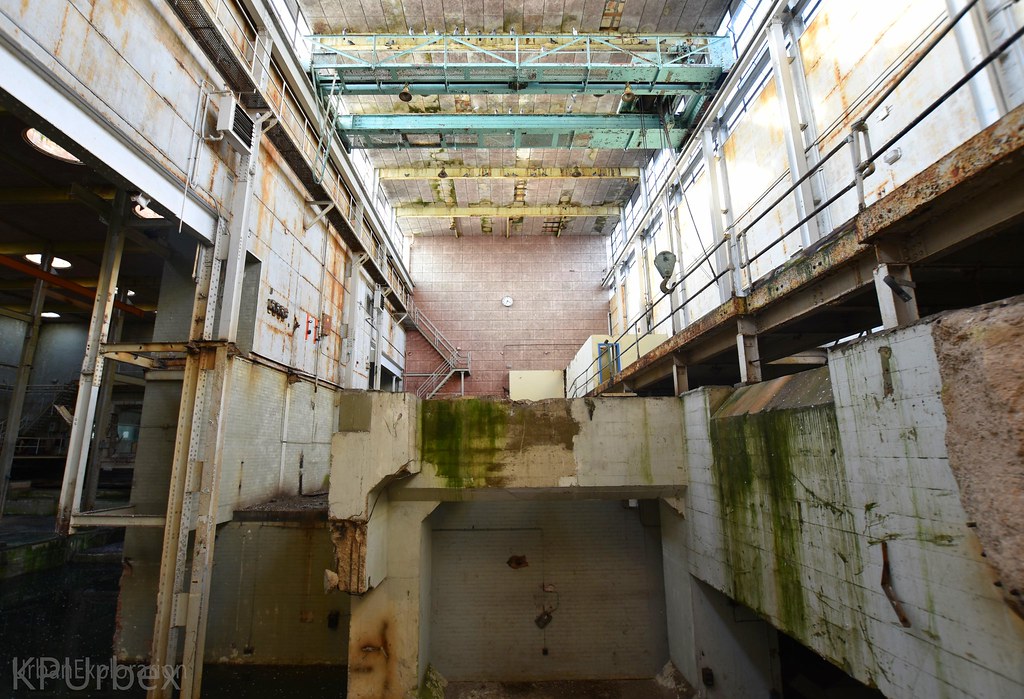 Putting it into scale. 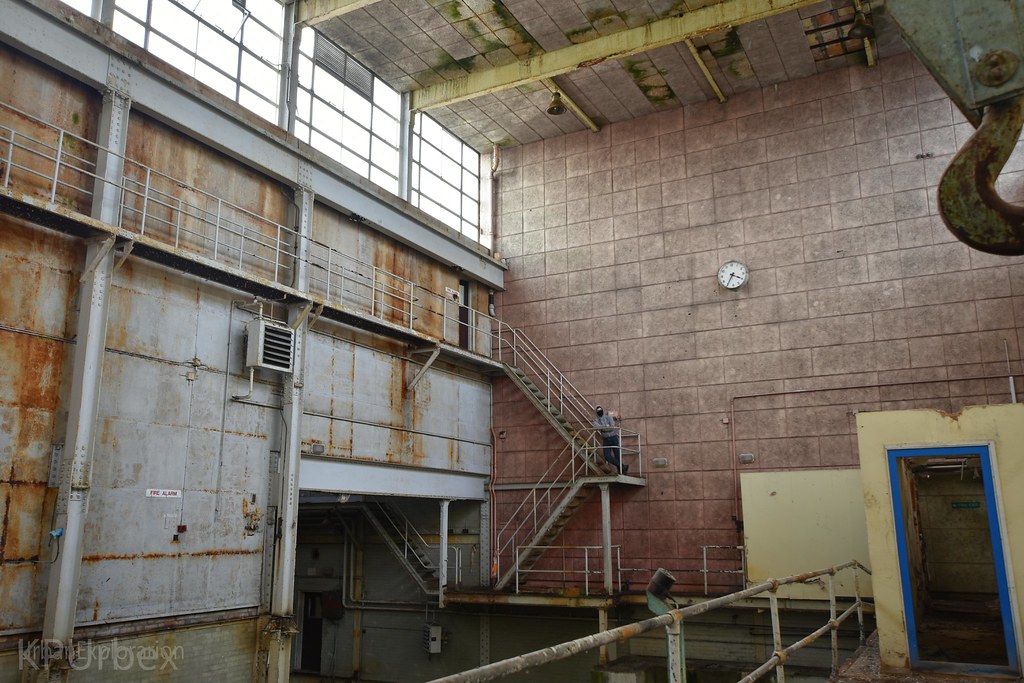 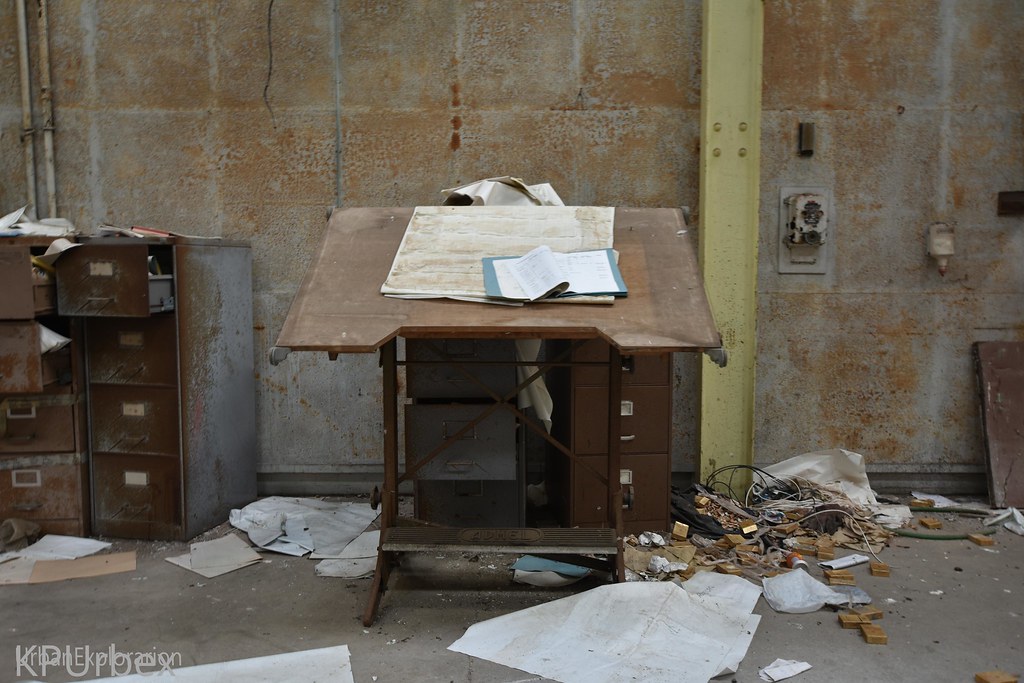 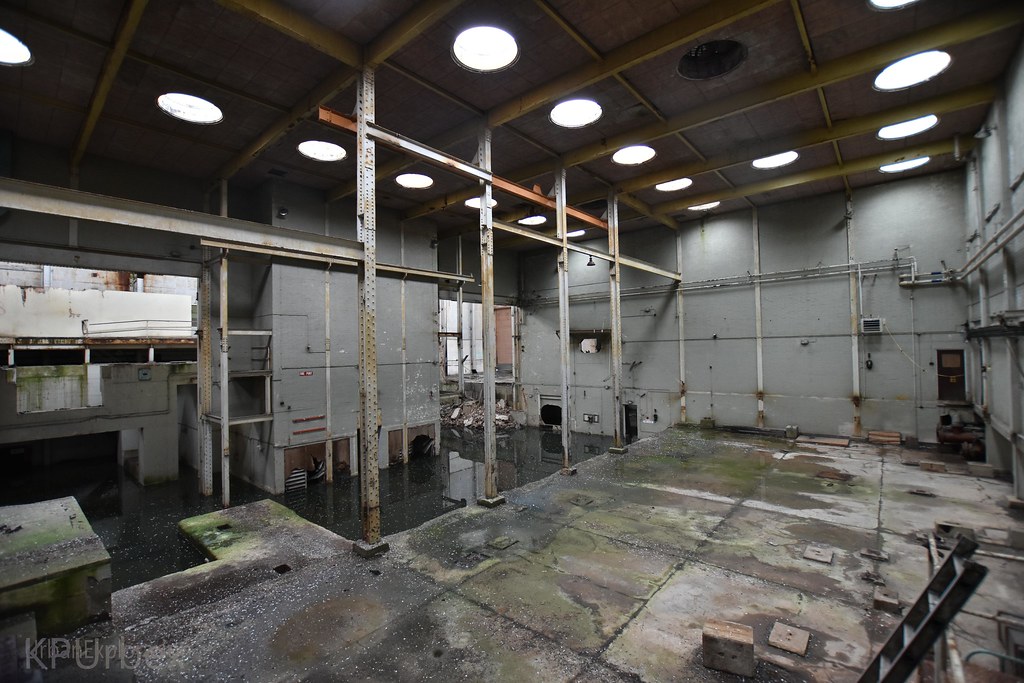 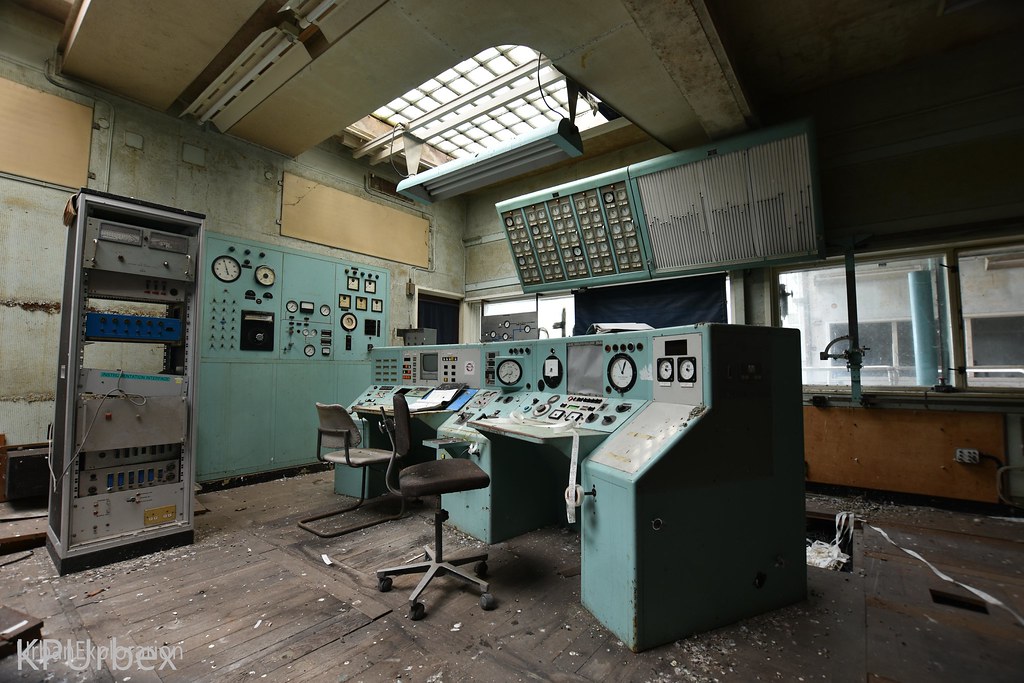 The Cooling Fans
Now, September 2019. Due to the nature of the sites size it was likely that it would have to produce its own power to supply the power hungry equipment inside, I assume these fans would have had some relation in this.

This was one of the eight or so fans so one photo should be enough. 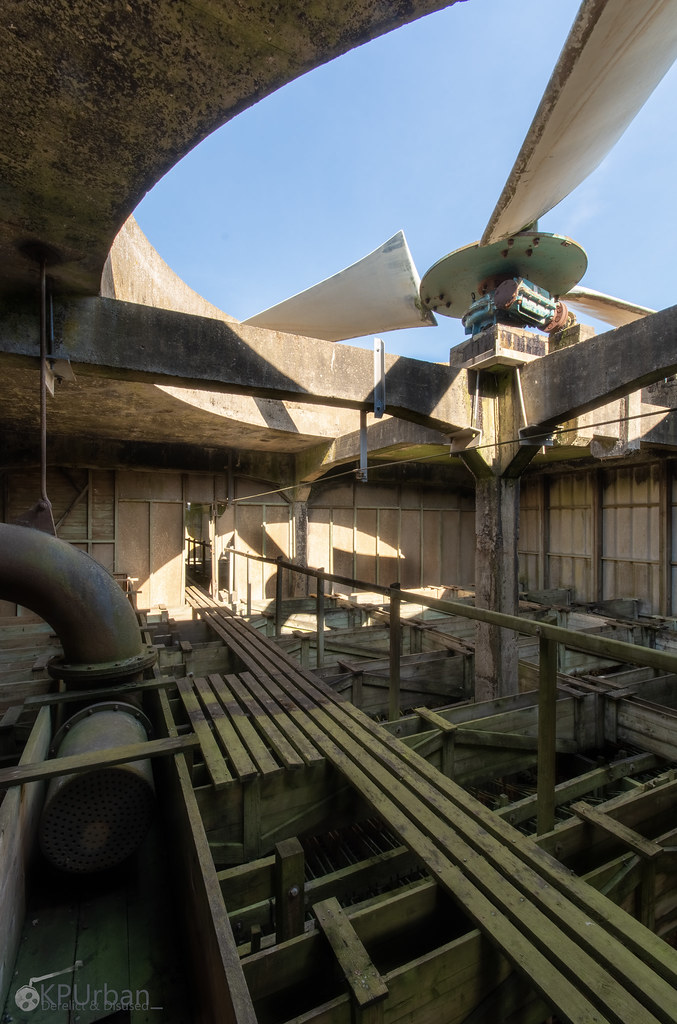 The 8x8 Lab
The final structure on this report is the big one 2 control rooms and some interesting features.

Part of the tunnel 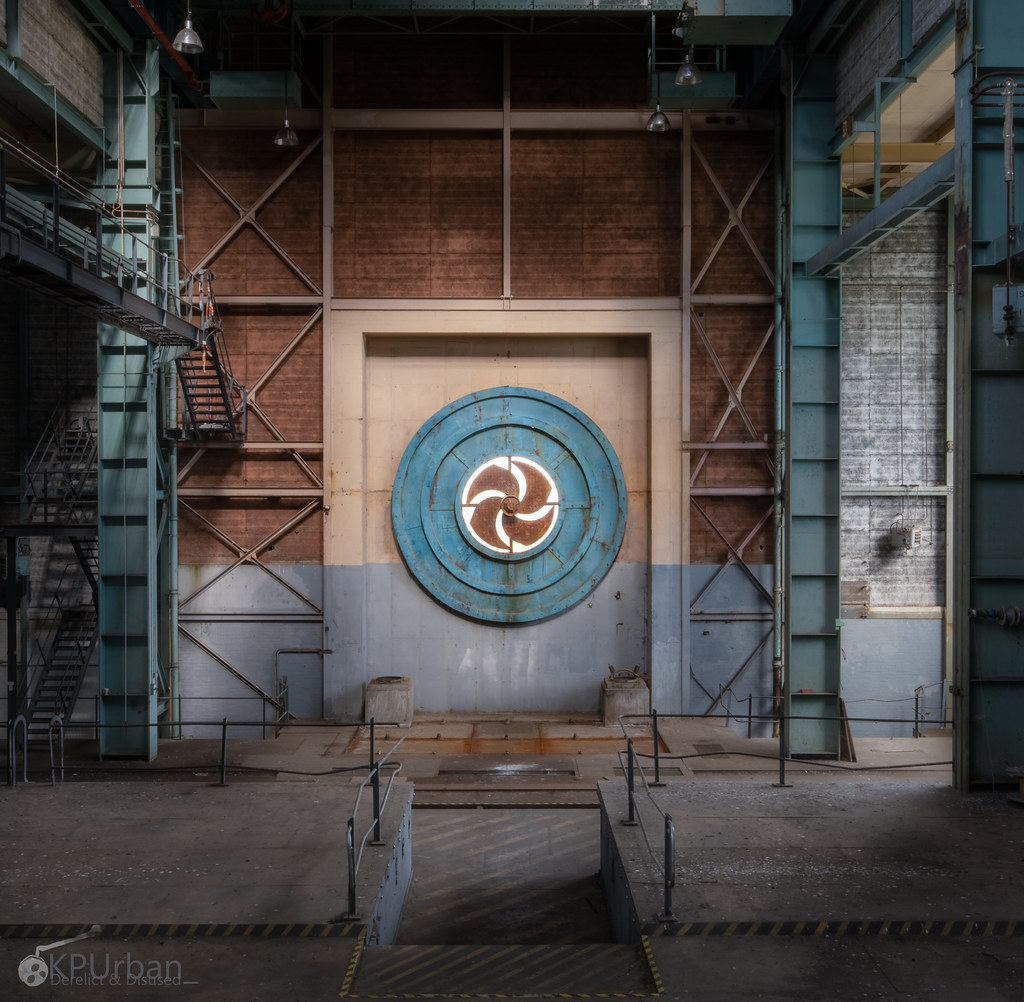 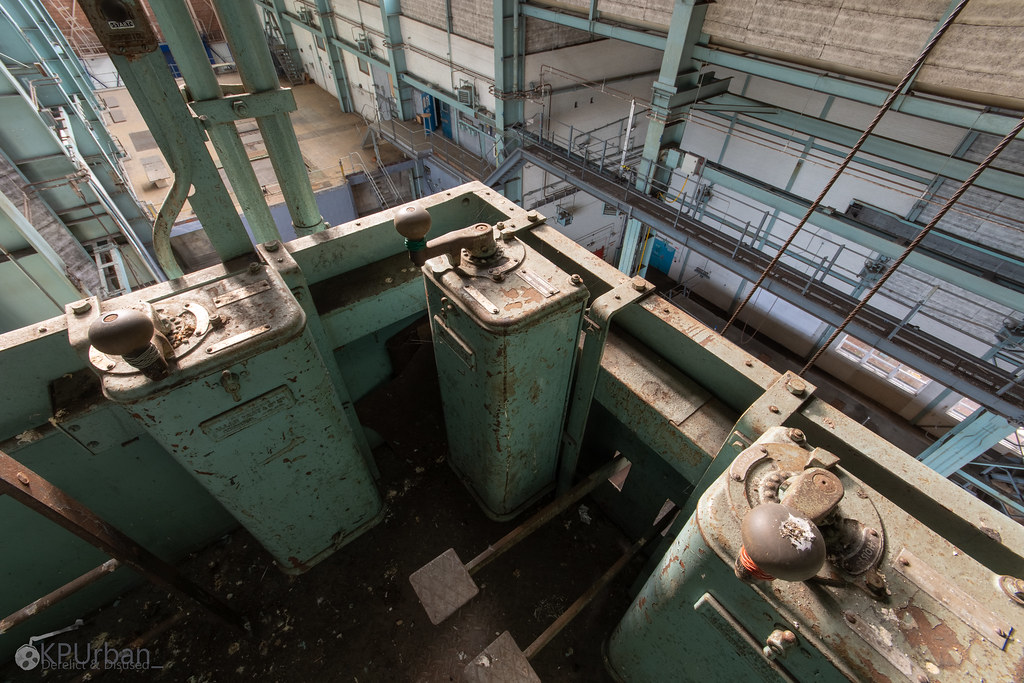 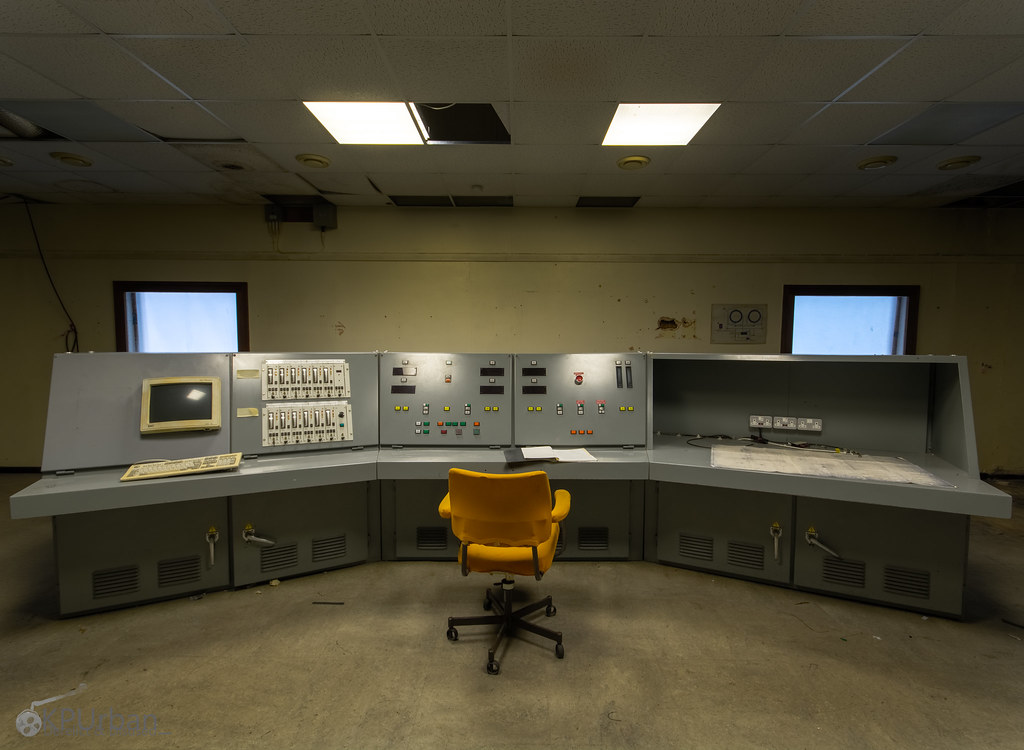 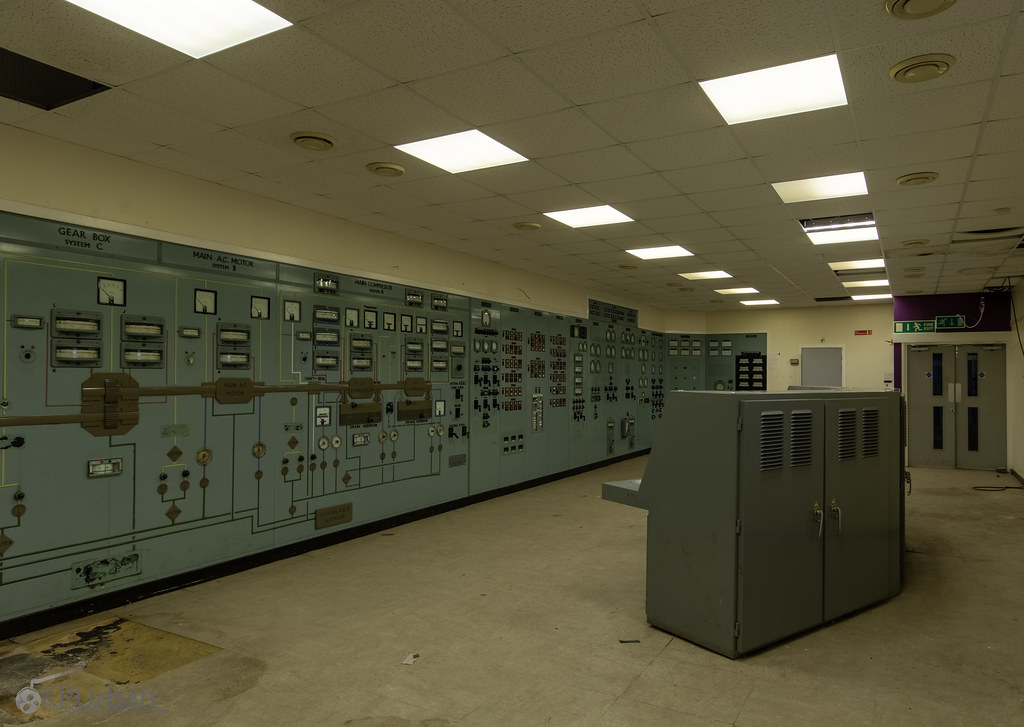 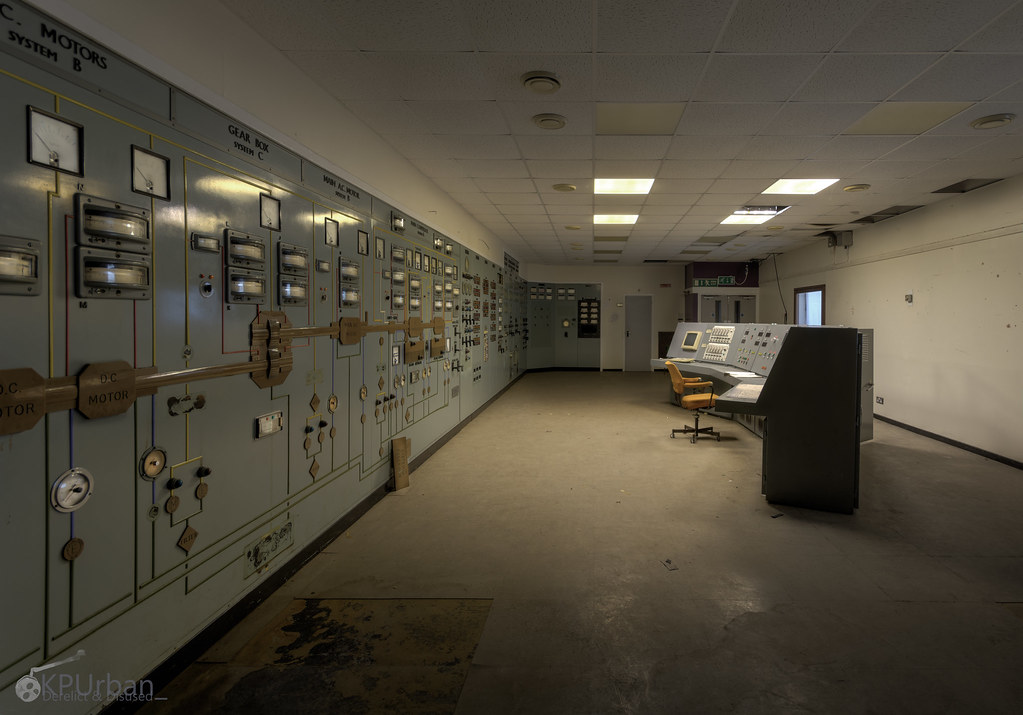 The Other Control Room 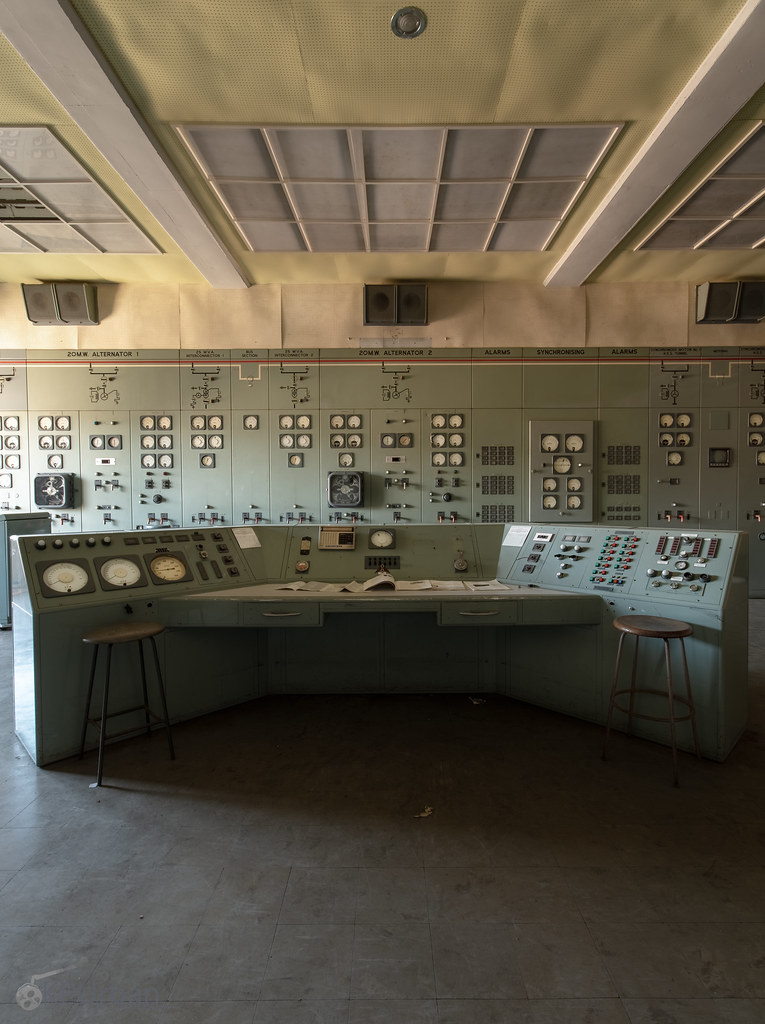 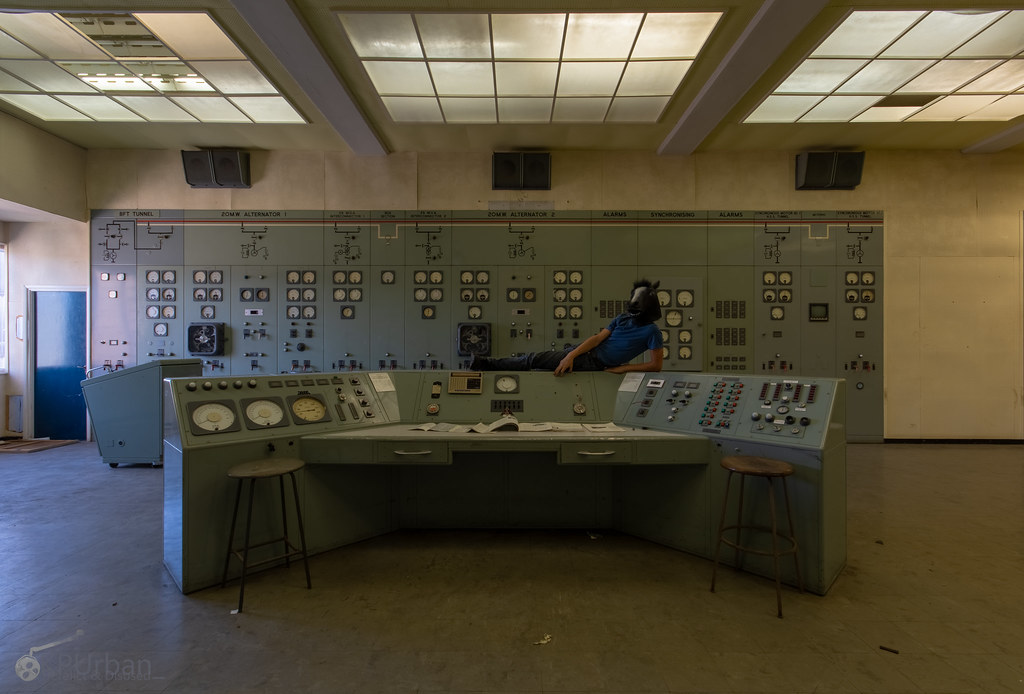 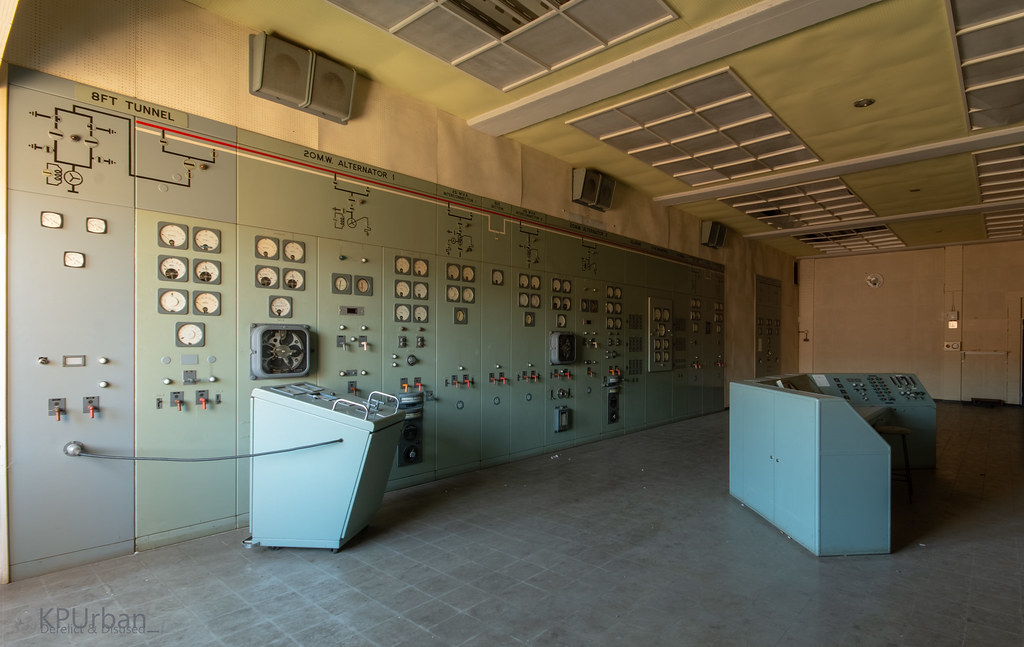 A nice set of images. My favourite shots has to be of the control panels, all those dials, buttons and guages.

Good to see you still horsin around KP. Great shots

One of the few places I'd still like to get to at some point, great stuff KP

One of the few places I'd still like to get to at some point, great stuff KP
Click to expand...

Go whilst you can! Worth the effort.

Thanks man! Love this place, some of the best UK control rooms since Barrington.

Hugh Jorgan said:
A nice set of images. My favourite shots has to be of the control panels, all those dials, buttons and guages.
Click to expand...

Some serious control room stuff here, still have a few close up shots waiting to be edited.

Lets hope those control panels and desks get saved. It happens - The Scottish Mining Museum has a good one in their 'Big Stuff' shed.
Must have been busy places those - the arms race and aircraft development saw some serious improvements in such a relatively short time.

This isn't too far from Cardington, where I managed to get some good pictures of the airship sheds when I visited in 2006.

Sausage said:
Lets hope those control panels and desks get saved. It happens - The Scottish Mining Museum has a good one in their 'Big Stuff' shed.
Must have been busy places those - the arms race and aircraft development saw some serious improvements in such a relatively short time.
Click to expand...

Would love replace one of my walls with one, with all the switches wired up to random stuff. Hopefully they find a new home.

Richard Davies said:
This isn't too far from Cardington, where I managed to get some good pictures of the airship sheds when I visited in 2006.
Click to expand...

They're not too far away, I think them shed are being used now.
N

I used to work here in the late 1980s. I started my career on the Tunnel Site and left when I became self employed. I later took on a contract working on the Airfield Site for about 1 year. These photos bring back quite a few memories of both sites.