Having just looked at some of the photos from here from seven ish years ago it's quite incredible how much it's changed! From a relatively un-decayed building full of stuff to a cleared out but very nicely decayed structure, although sadly a lot of twerps with spraycans have also gotten in and made a fair mess of a large part of it.

I had been planning on going here the day after a meet in Bristol on Saturday night all week, but it was whilst I was sat in the pub on the Saturday evening that I had a brainwave. I asked my mate whether he'd mind just going straight there from when I arrived back in Oxford and he agreed...so a silly plan was formed. Landie dropped me back in Oxford at about 12.30am and after a quick 'comfort break' at home and making sure to pack the torch I'd forgotten to take with me on the Saturday, I rolled out the house to meet my other friend at about 1am or thereabouts. It all seemed like a grand idea on paper, get to the hospital nice and early, have a little kip and spend the early morning light exploring the site.

I think I had underestimated how utterly shattered I was, however! We pulled up outside at around 4.15am, a whole hour before sunrise and I went for a little recce to see what the state of play was. I remembered what Brewtal had told me earlier in the week about access so I made sure to check both possibilities, by which time it was around 4.45am and we were getting impatient. We decided to just do it, the light was slowly increasing enough to be able to see almost well enough and we made our entry before having a little chill in the front reception room until it got light enough to start shooting. I think my mate actually fell asleep whilst I just sat there in a sleep-deprived daze listening to the building.

Anyway we had a good couple of hours of shooting in here in total peace as the sun came up, it was nice to explore a large British hospital again as it's been a while since I last did a sizeable one over here.

In 1890, it moved to this new general hospital building opened overlooking Radnor Park and was again re-named, this time to the Victoria Hospital. It served the town and borough of Folkestone and 1910 was when it became the Royal Victoria Hospital.

By the 1970s, all services were being scaled down and in 1979 when the new William Harvey Hospital opened in neighbouring town Ashford most were then transferred there. The Royal Victoria then became a centre for geriatric, stroke rehabilitation, eye surgery and GP patients.

In 2005/6 the last remaining wards closed and the old Victorian building has been standing there since.
Click to expand... 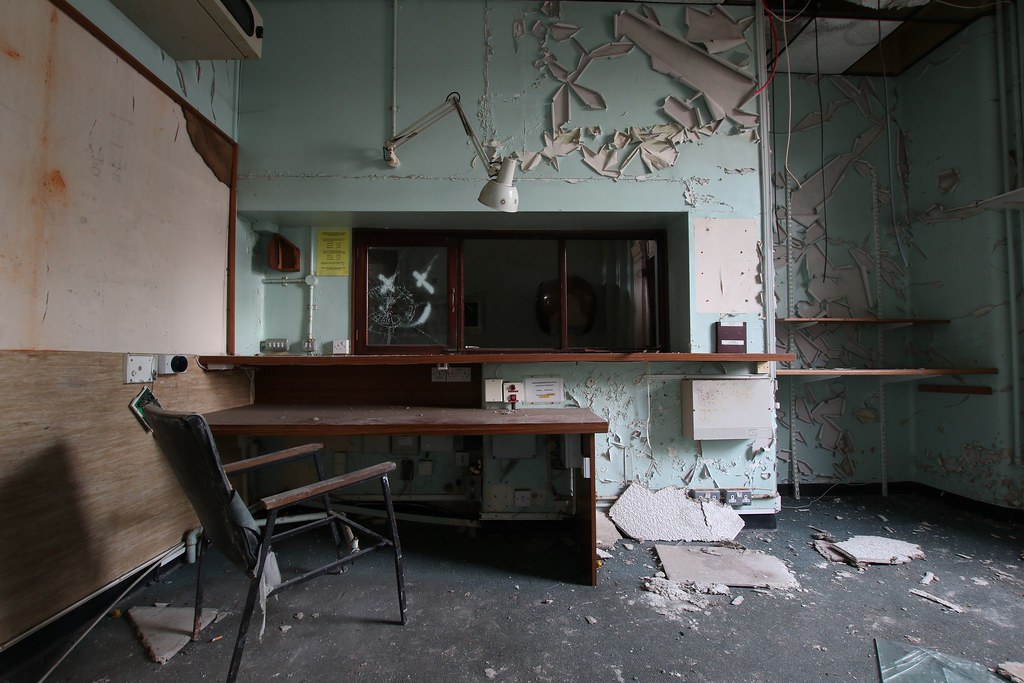 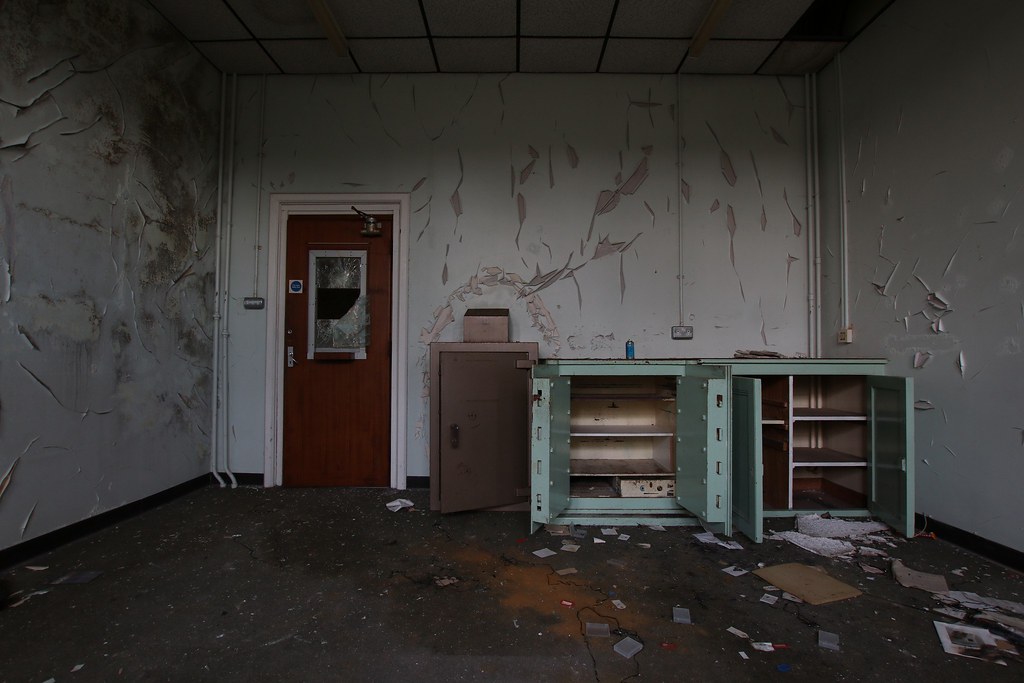 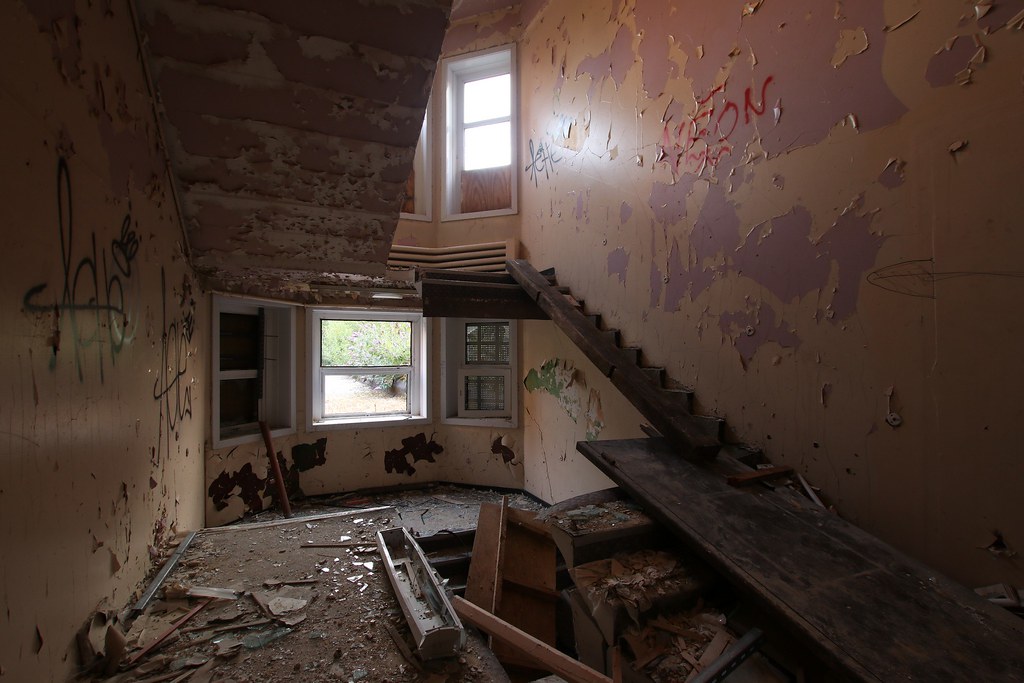 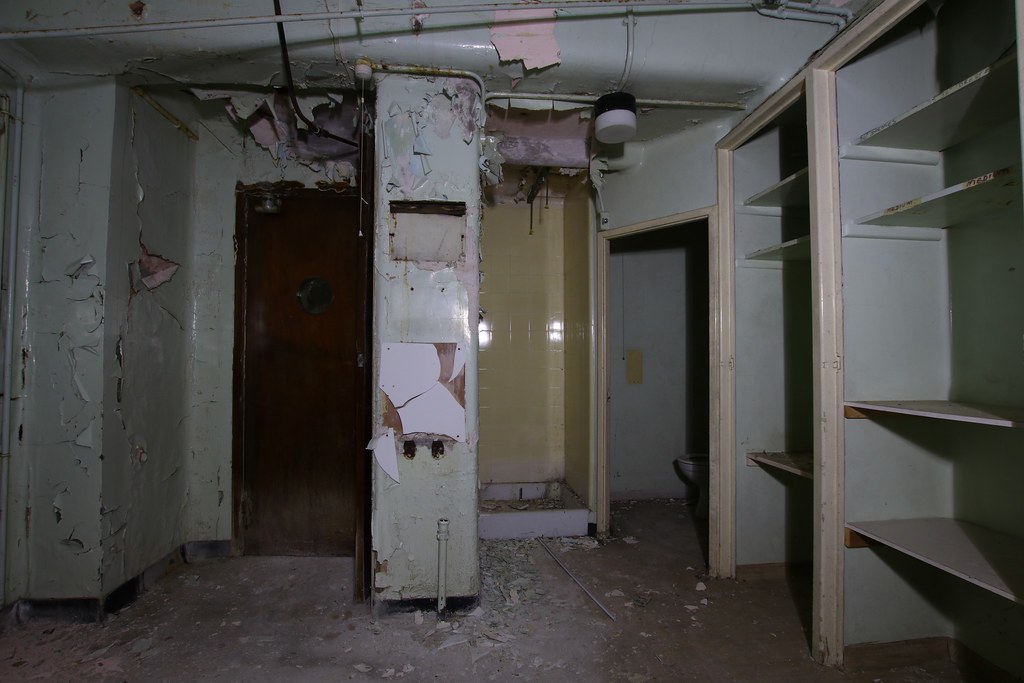 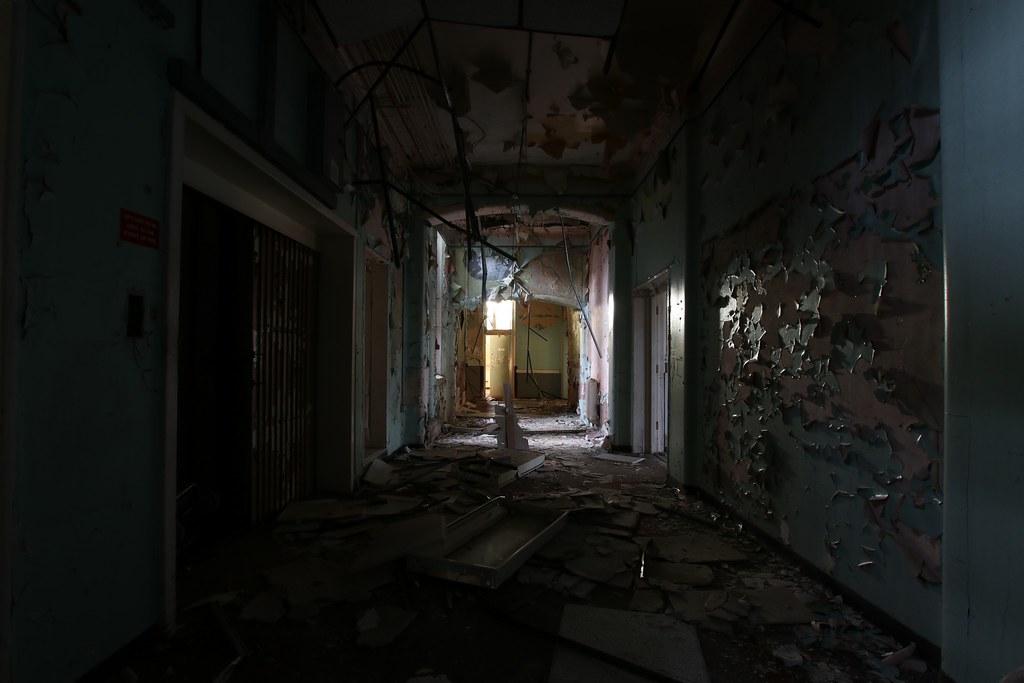 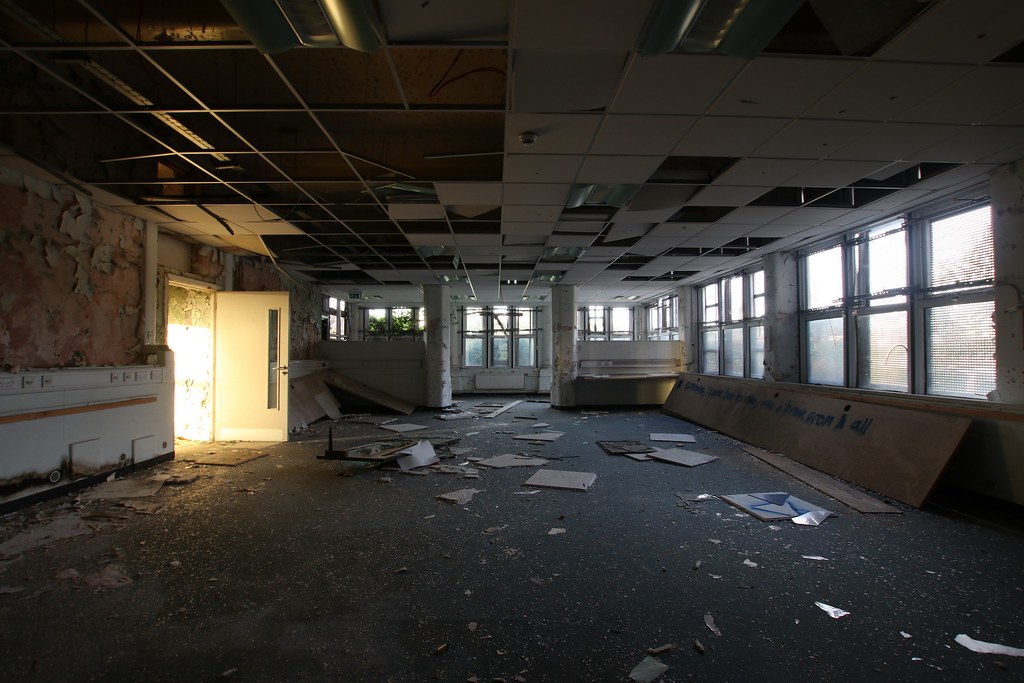 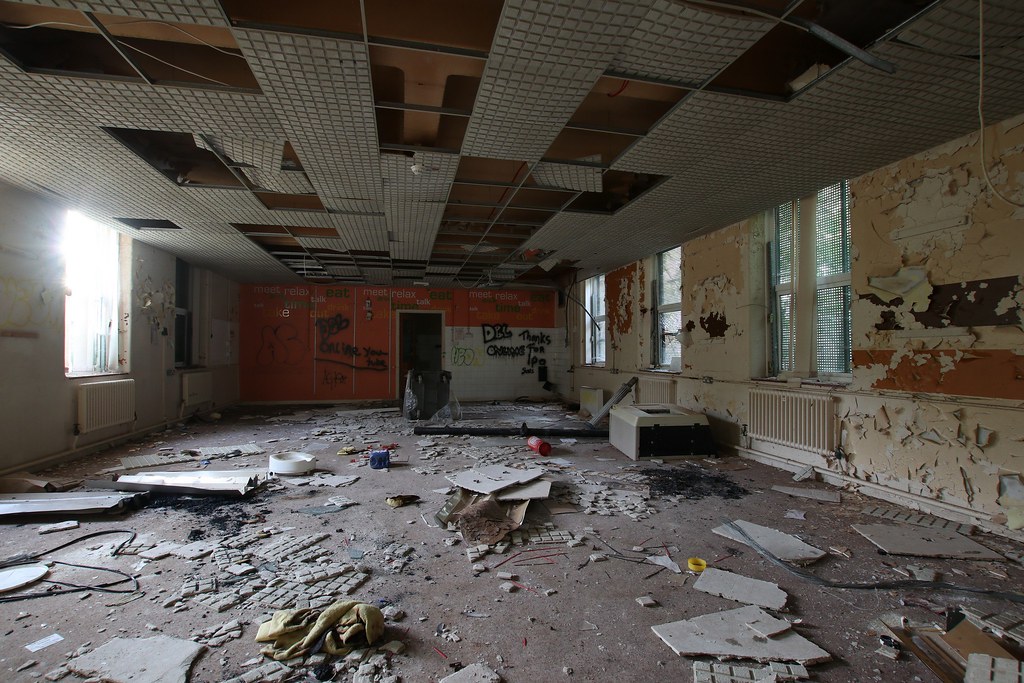 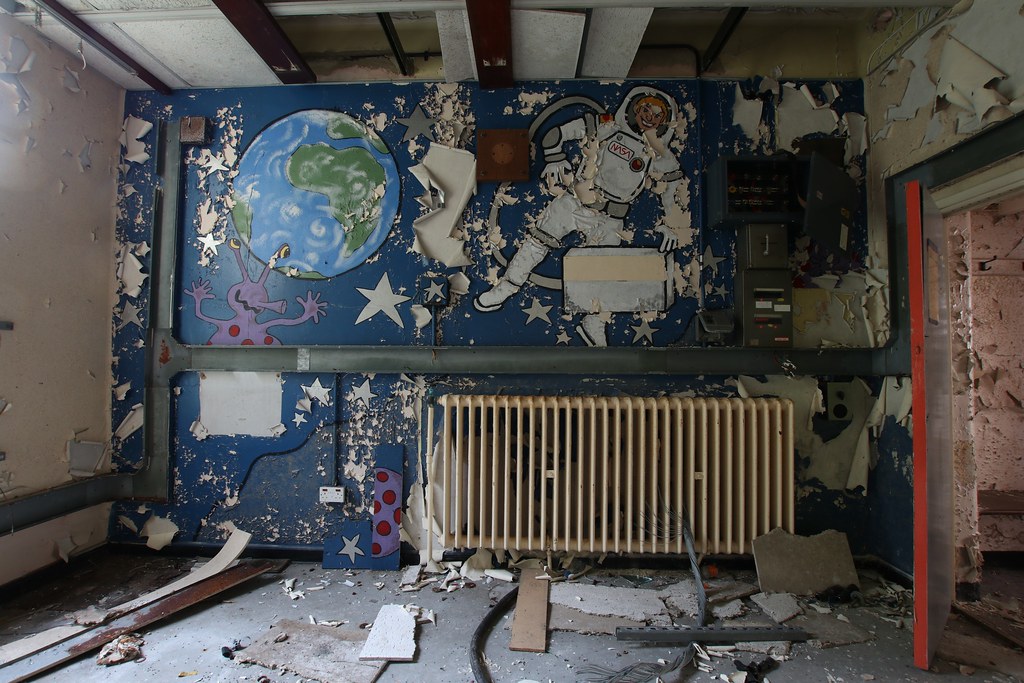 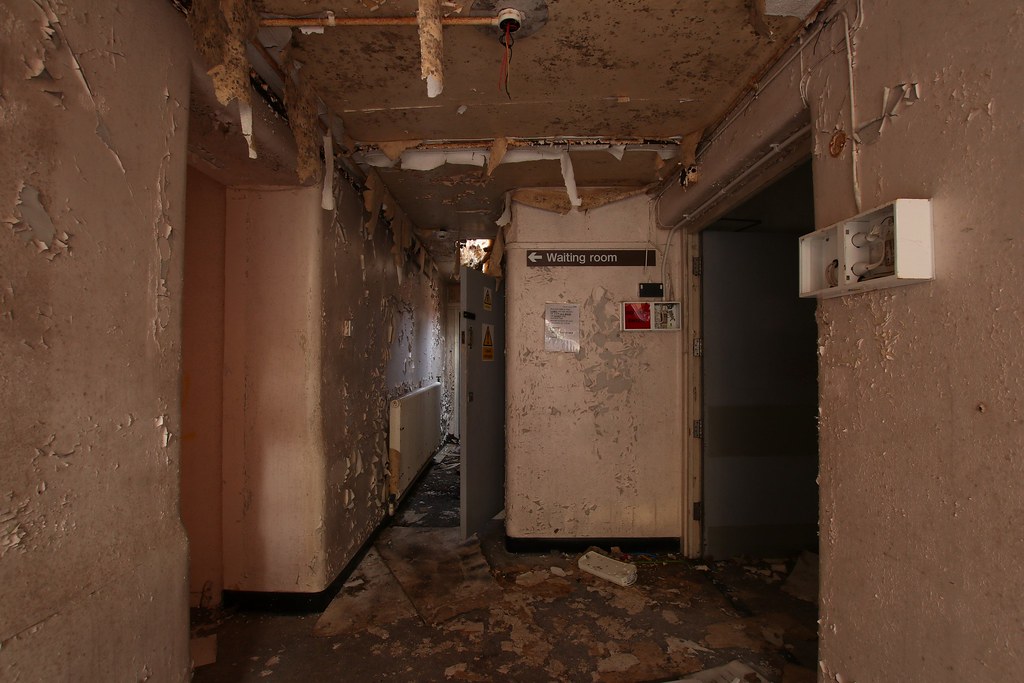 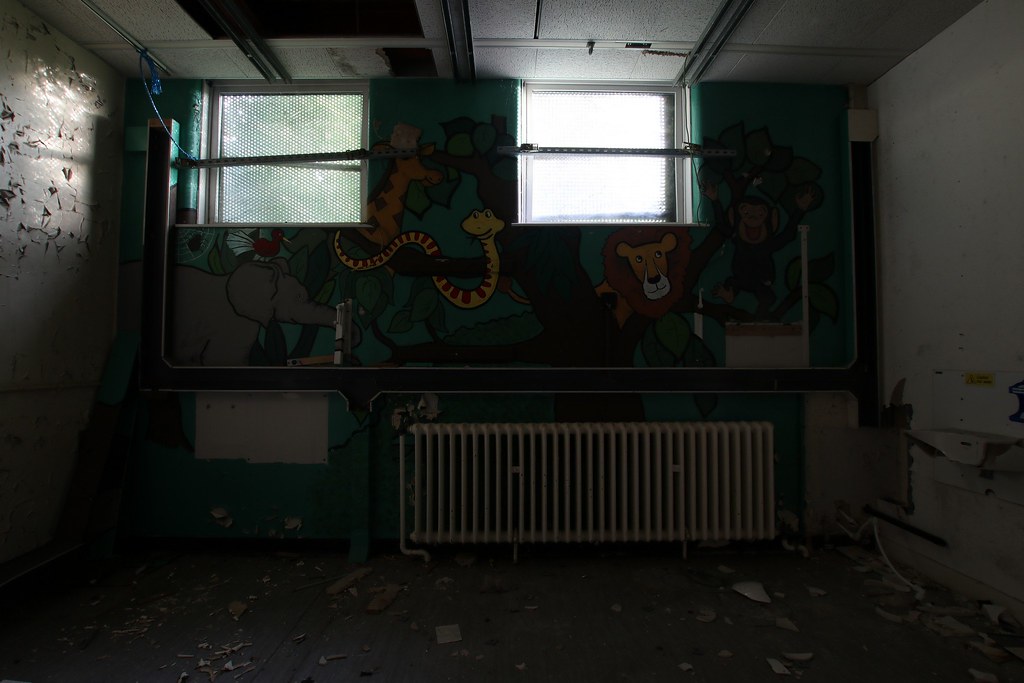 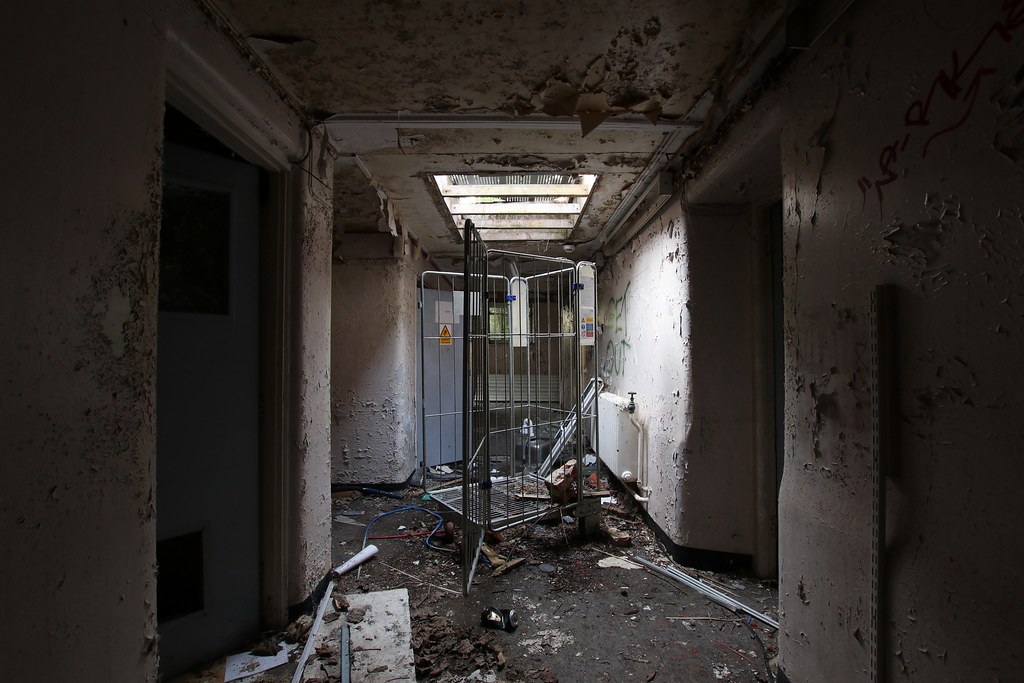 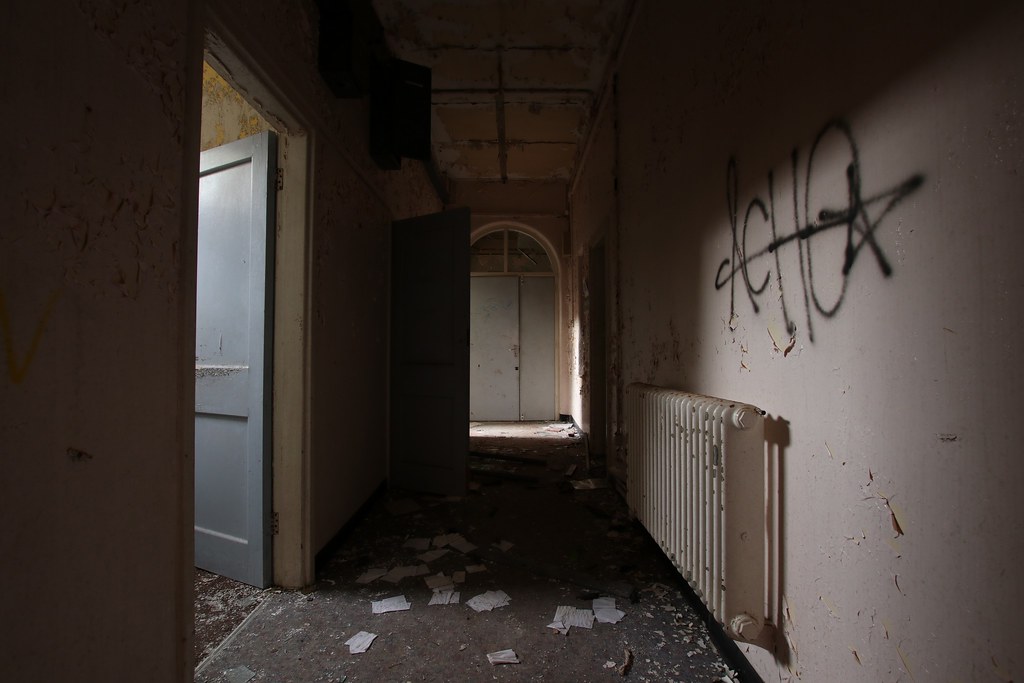 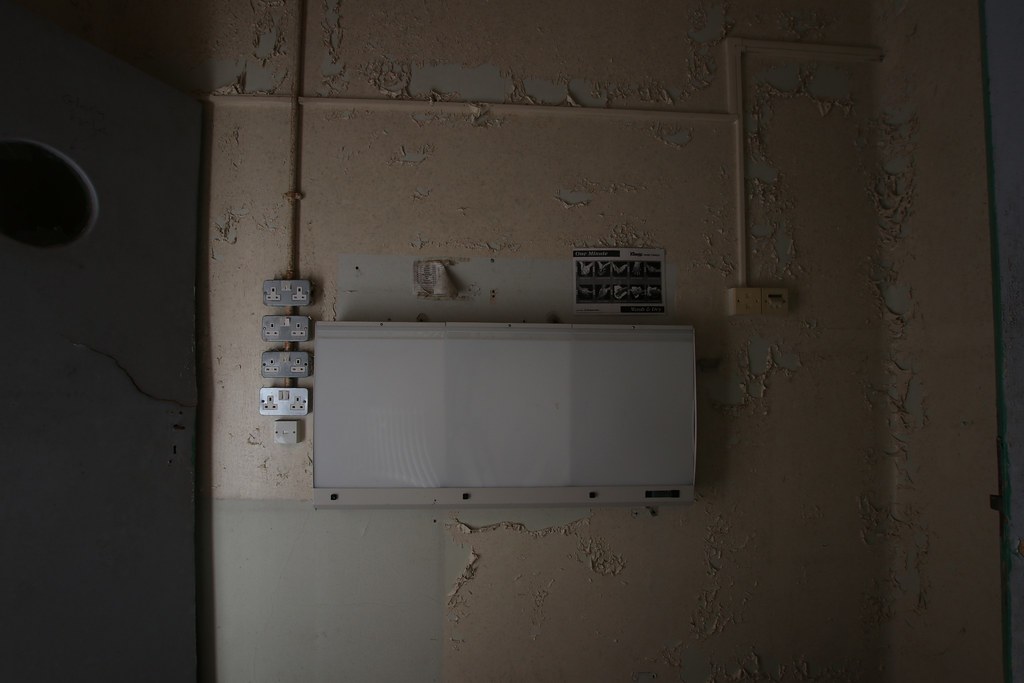 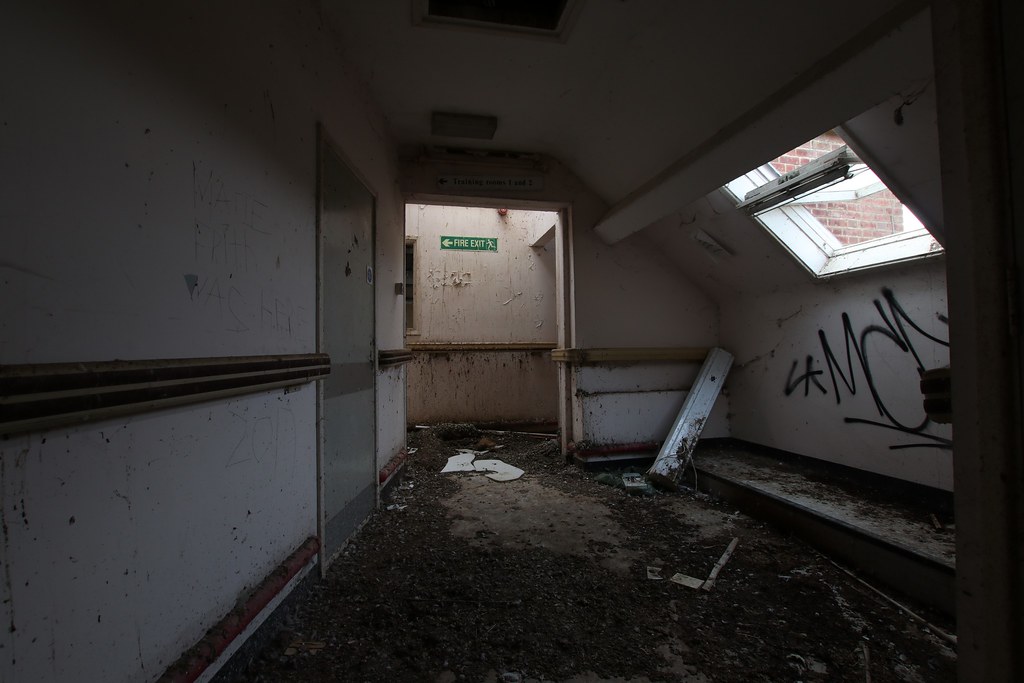 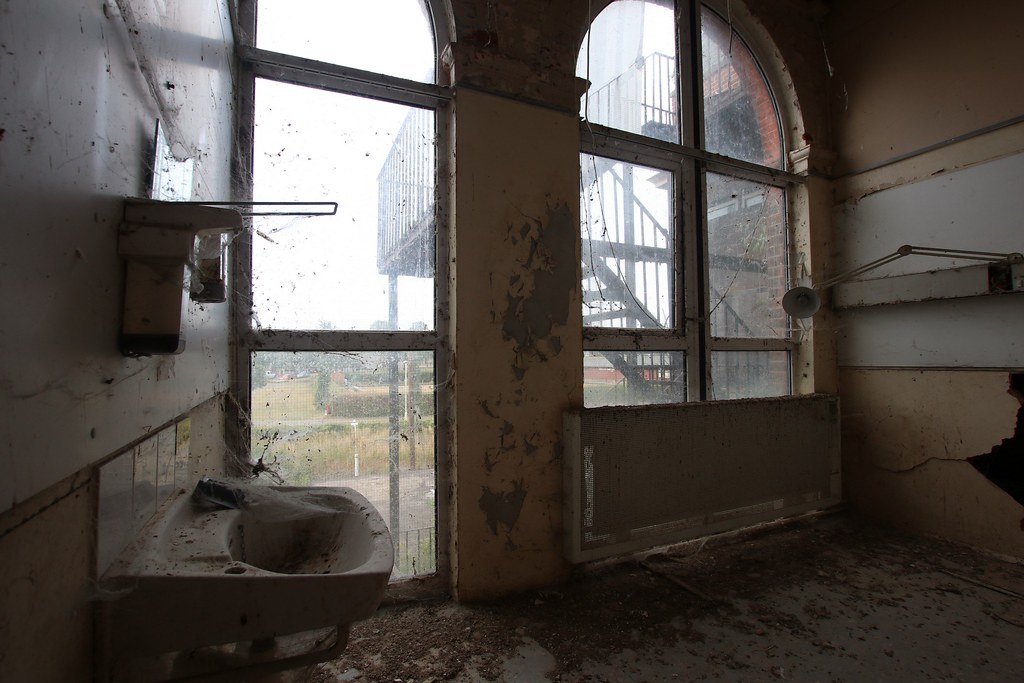 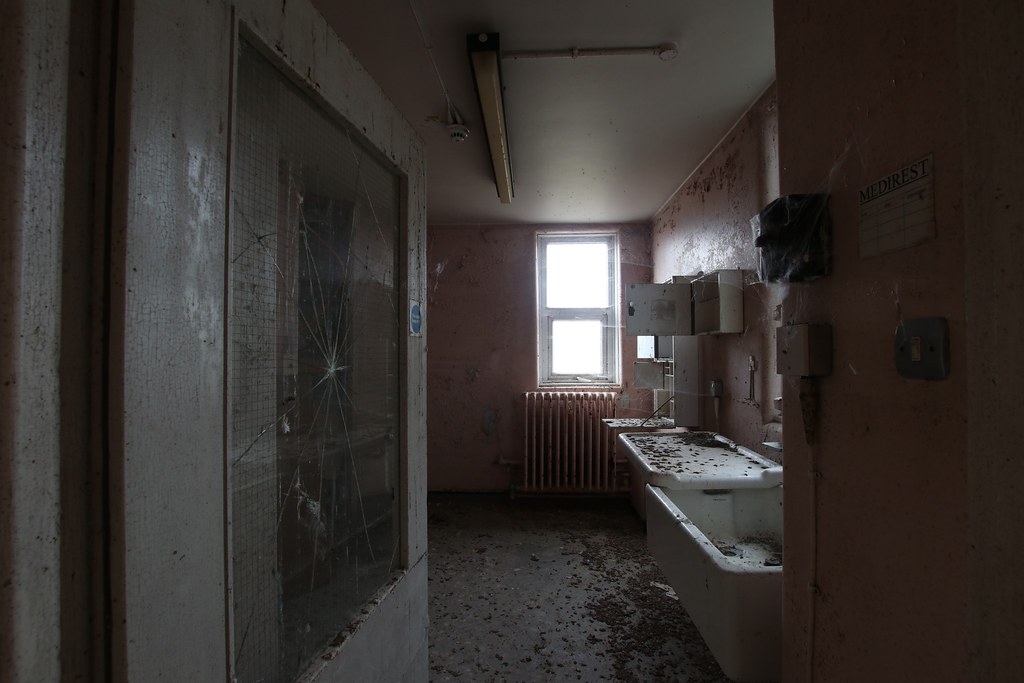 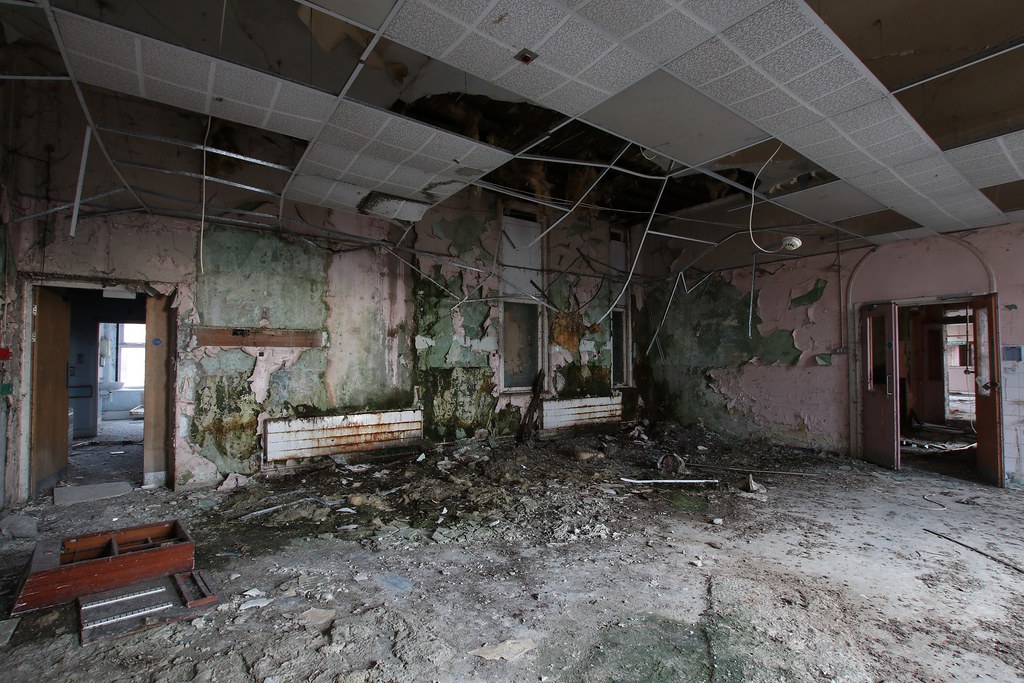 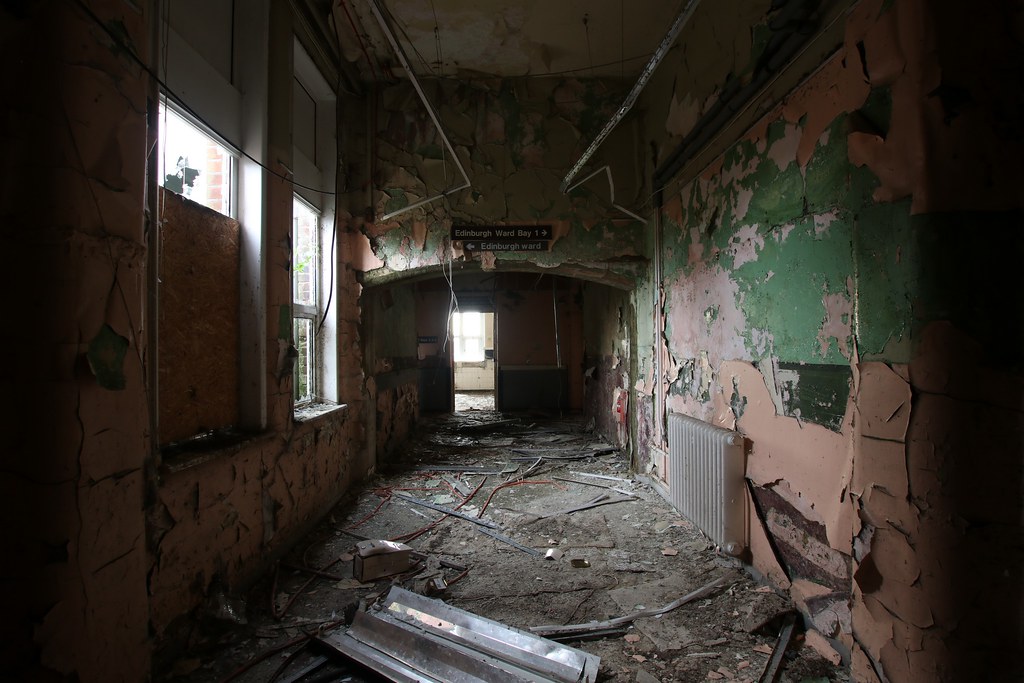 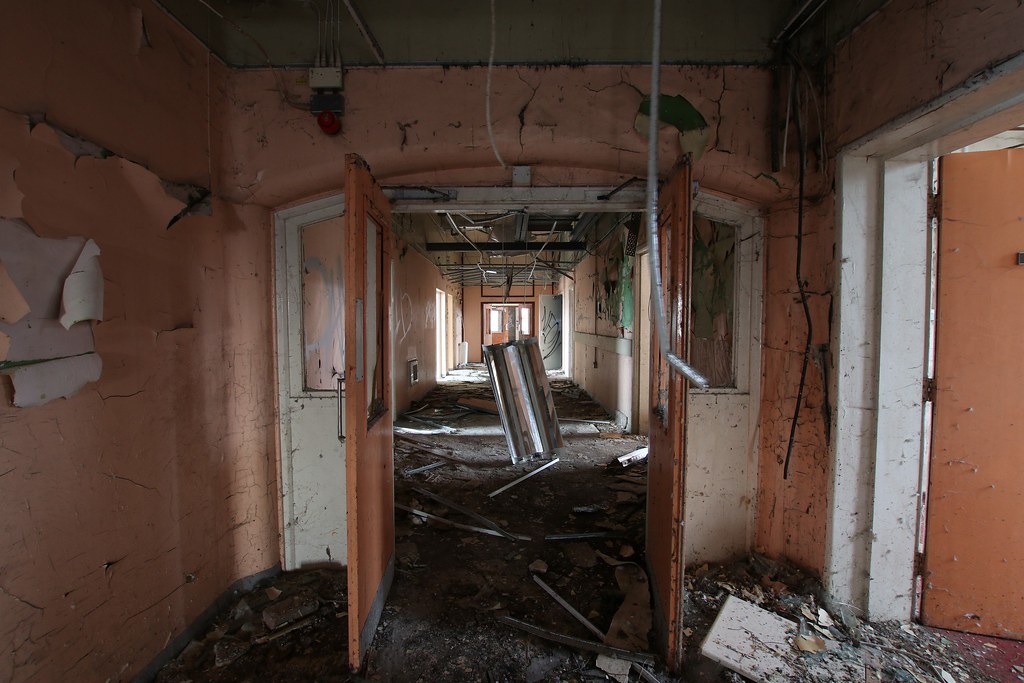 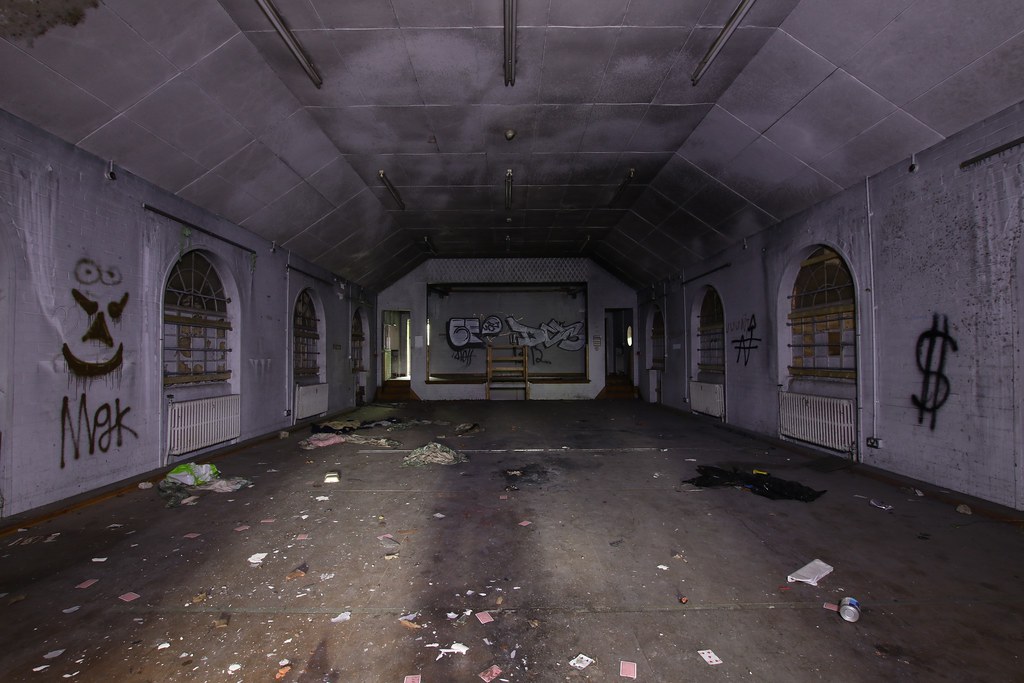 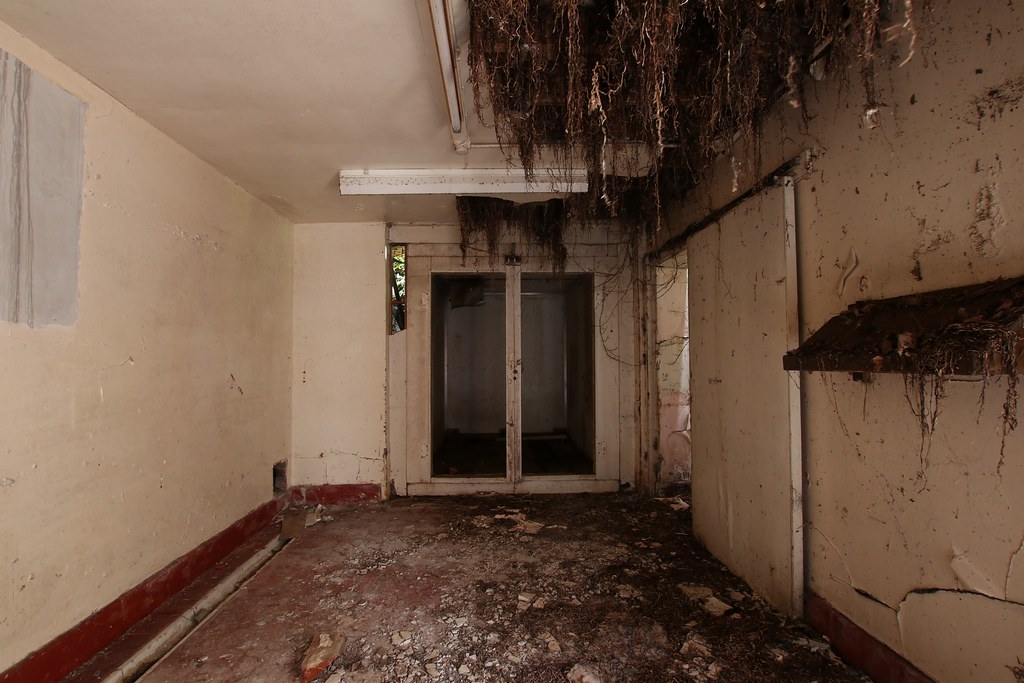 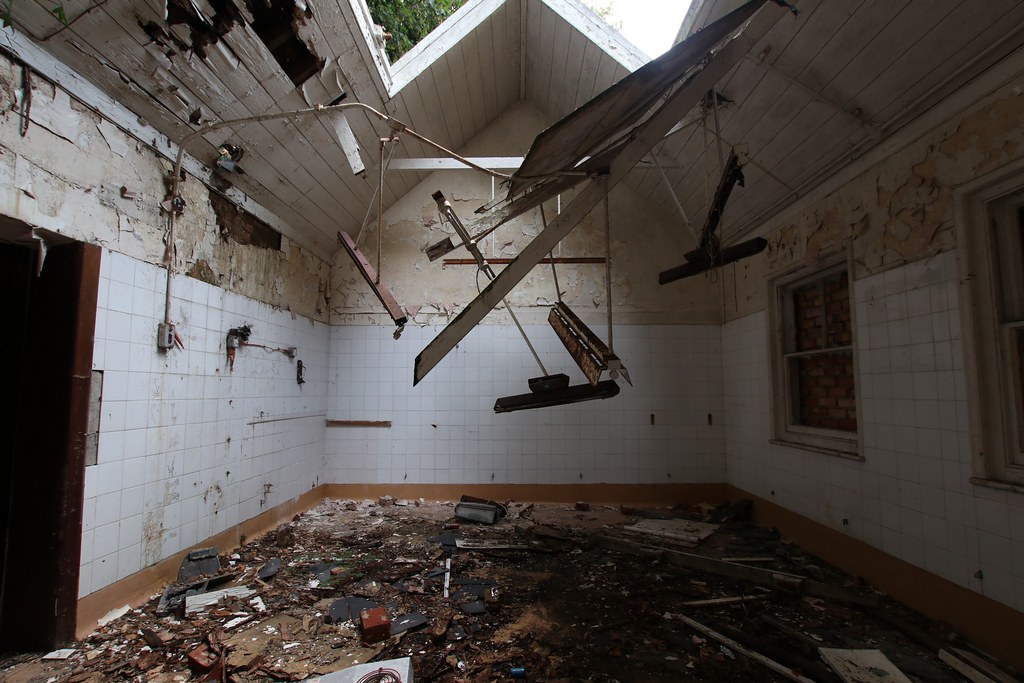 Nice one mate so glad I went to give this a look now thinking it was long gone..we just went for the first way in we could find as we had no info at all.decay is so nice here

Still some photogenic parts to see by the looks of it, nice one mookster!

Cheers guys, it is a nice one for sure if you can look past the tagged up bits - the lower ground floor level has been totally ruined by them.

Stunning decay in that place, might be worth a visit.

The walk in access everyone used has been ridiculously well sealed up now, proper overkill - however there may be another way in if you look hard enough.
You must log in or register to reply here.