This was a totally unexpected success on a recent trip to the Peak District, one of my favourite areas of the country. I'd stumbled across it on Google Maps and pinned it as a 'go and see' as I had no information about the place at all, and much to my surprise we managed to find access into it.

Servo Computer Services (also known as Phoenix I.T.) is located in an old manor house, formerly known as Darley Lodge, on the outskirts of Matlock. They were a computer systems and software development company and occupied the site until a few years back when the company was wound up, it's now listed as dormant on Companies House. At one time the property also included a modern annexe and a workshop extension built onto the rear of the manor house. Frontier Estates Ltd. want to build a 78 bed carehome on site, which will involve renovating Darley Lodge into seven apartments. In preparation for this the modern annexe and workshops have been demolished, leaving only Darley Lodge standing, however development appears to have stalled over access concerns owing to the very busy road it's situated on and lack of adequate pedestrian access.

The real disappointment here is that the company had fitted security roller shutters to every single bloody window, which were all securely locked. Even the lovely bay windows had been cut off by the blasted shutters, so the inside of the property was mostly incredibly dark. Of course as it was used as offices, it had mostly been horrifically modernised inside however it still retained a few features including a nice original staircase as well as some decent decay in a couple of parts. Still, it was a great feeling to have a totally unexpected success, even if it wasn't the most inspiring place internally. 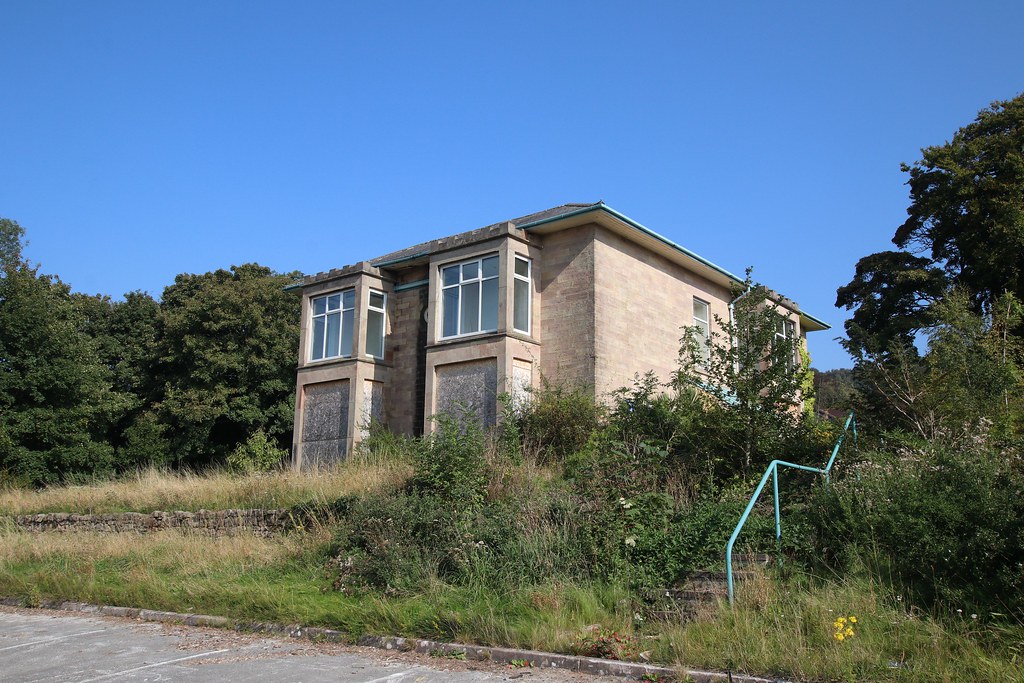 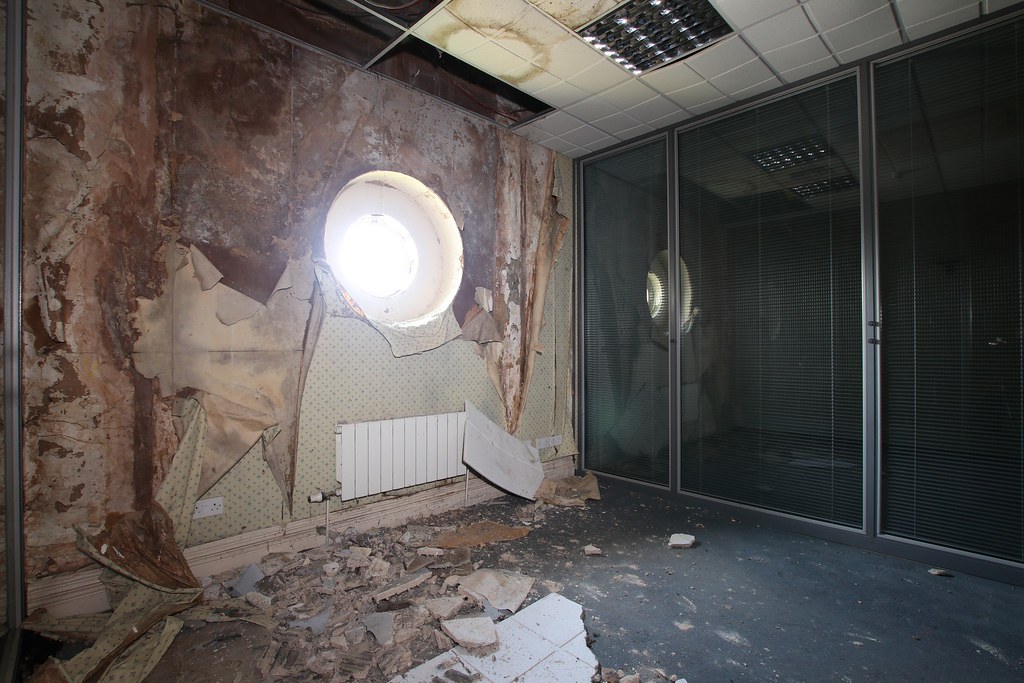 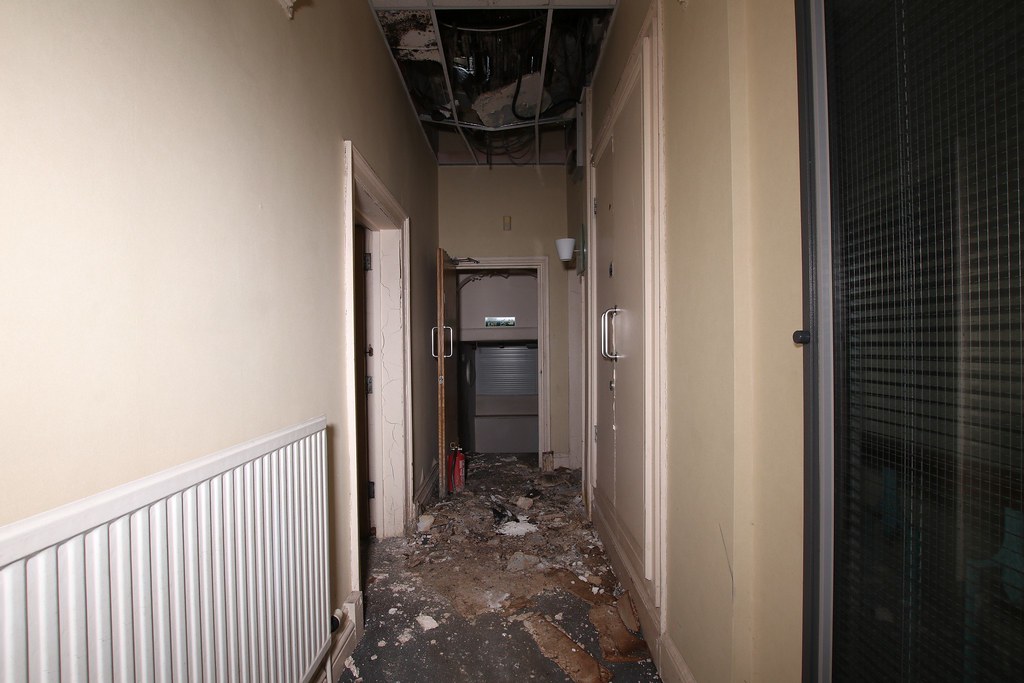 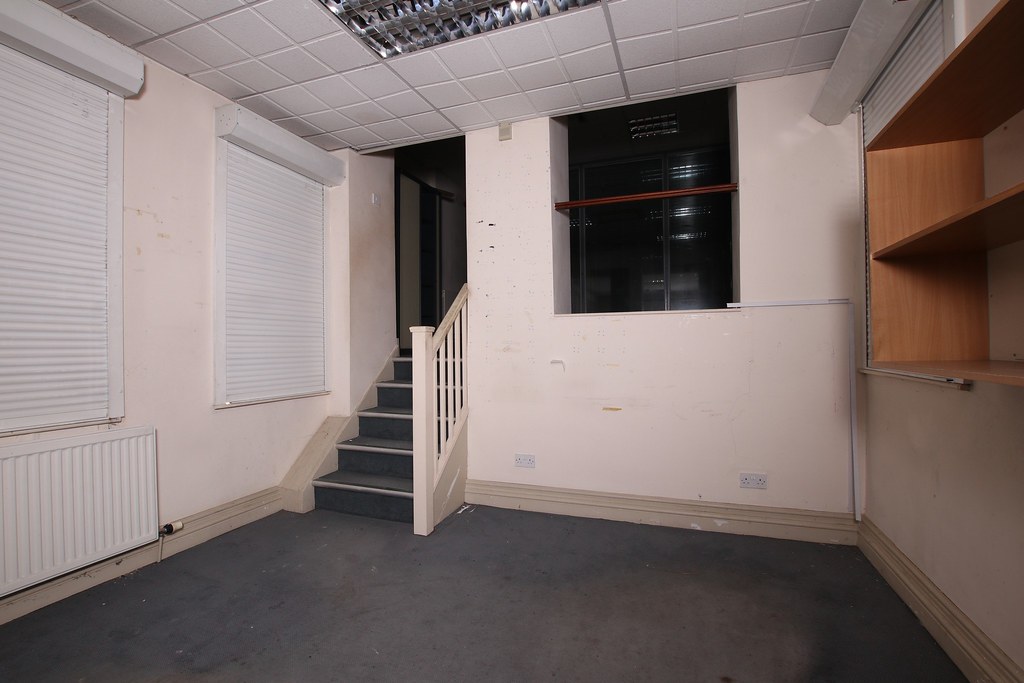 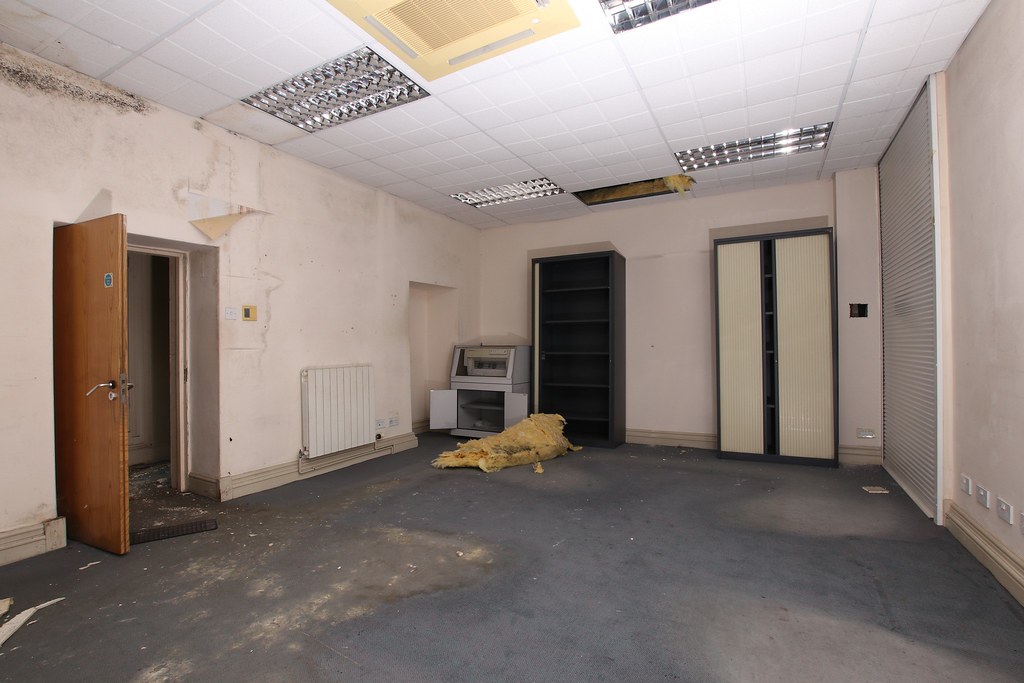 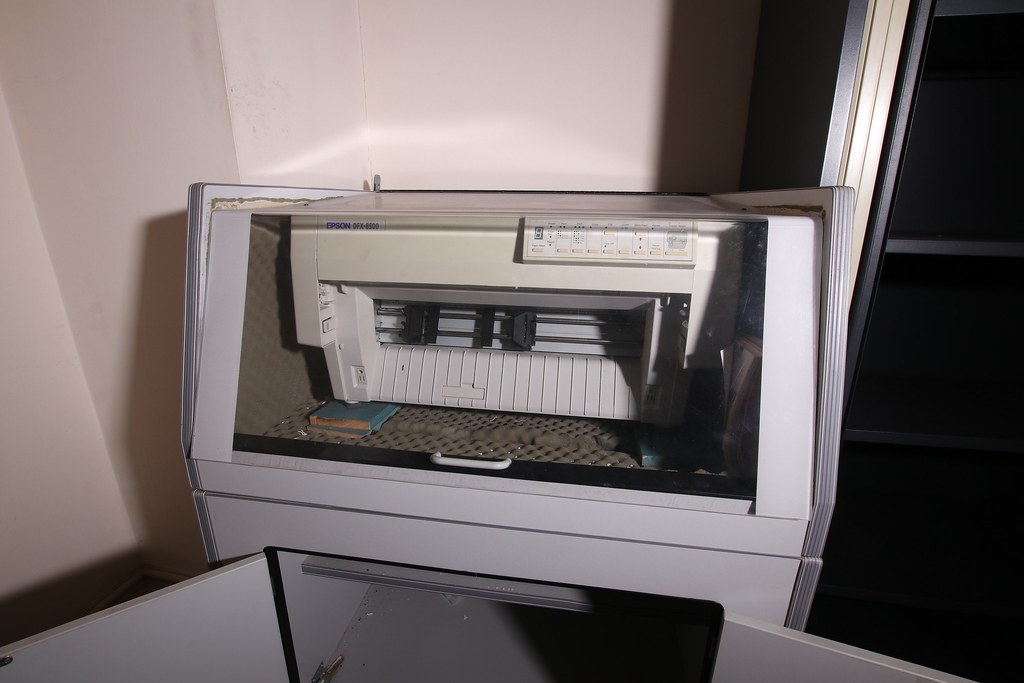 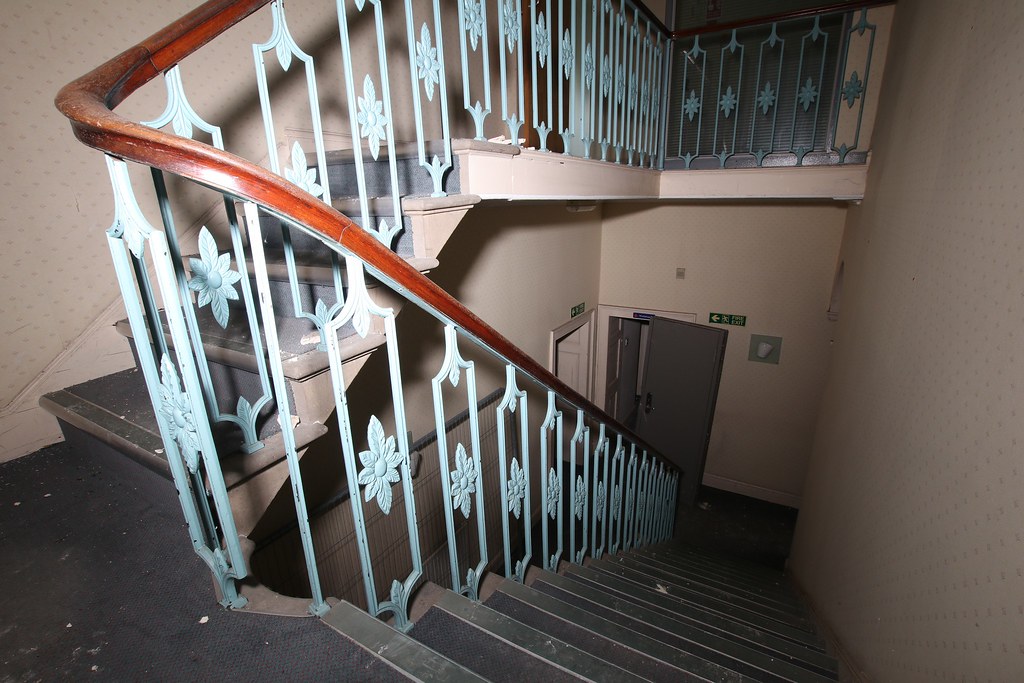 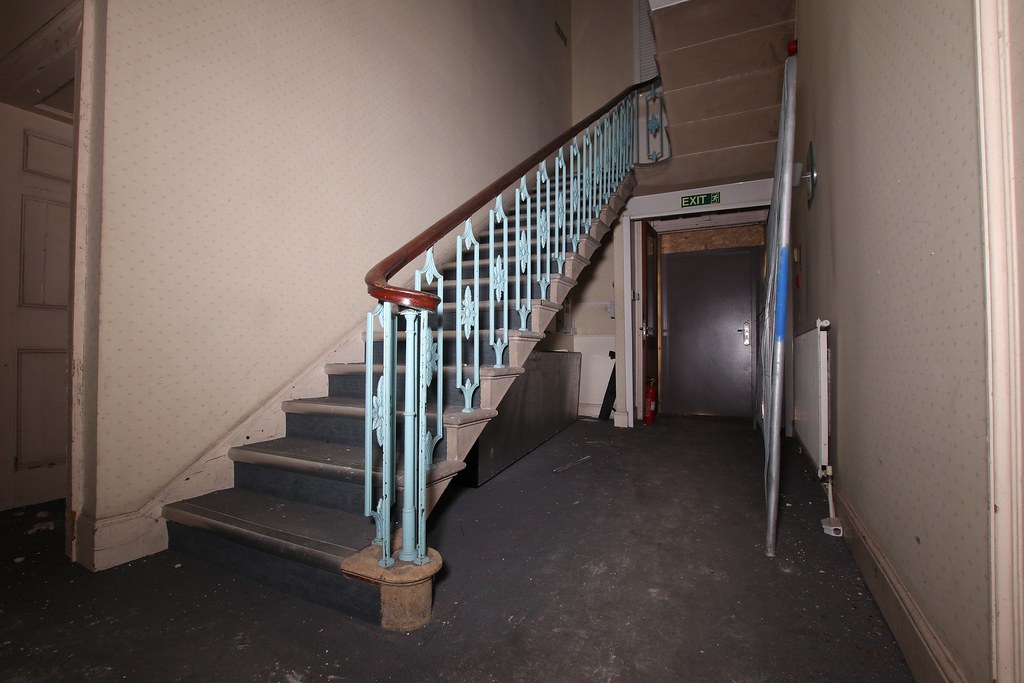 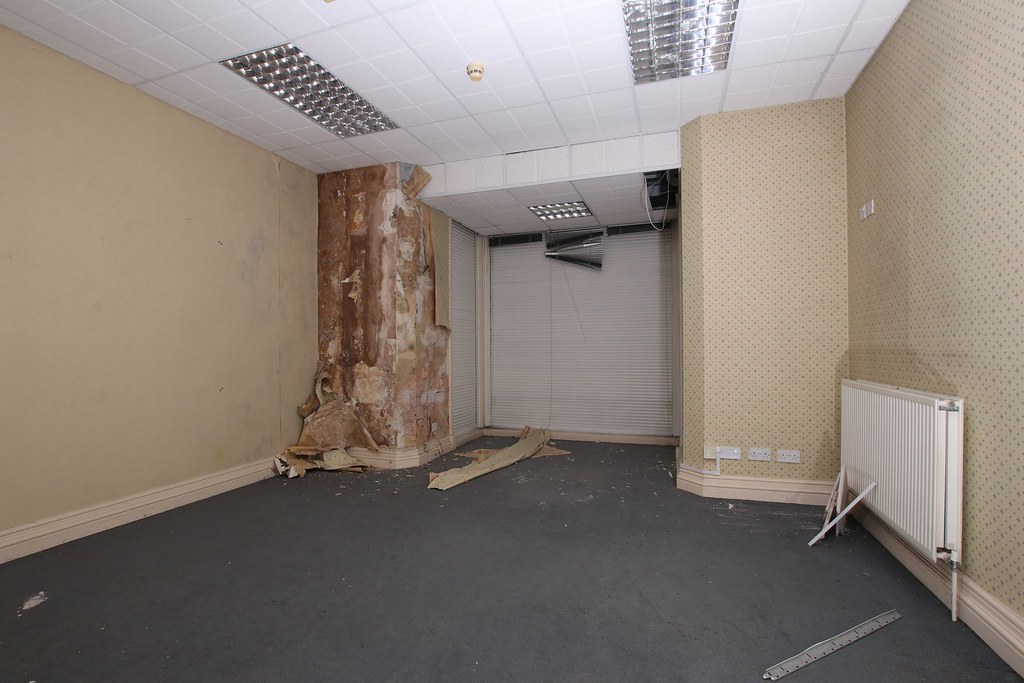 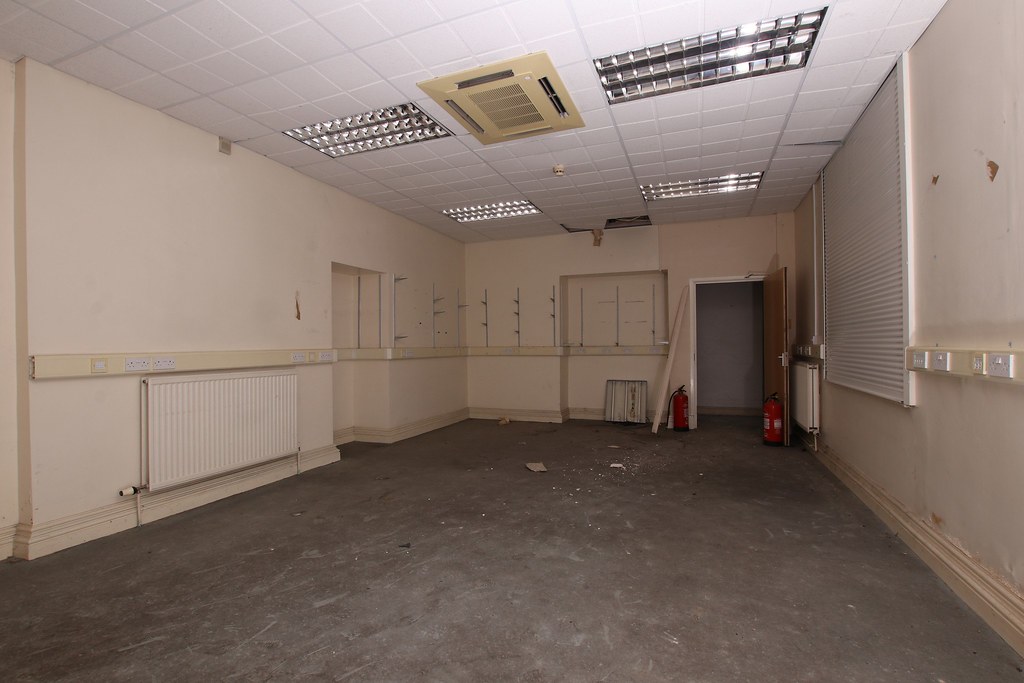 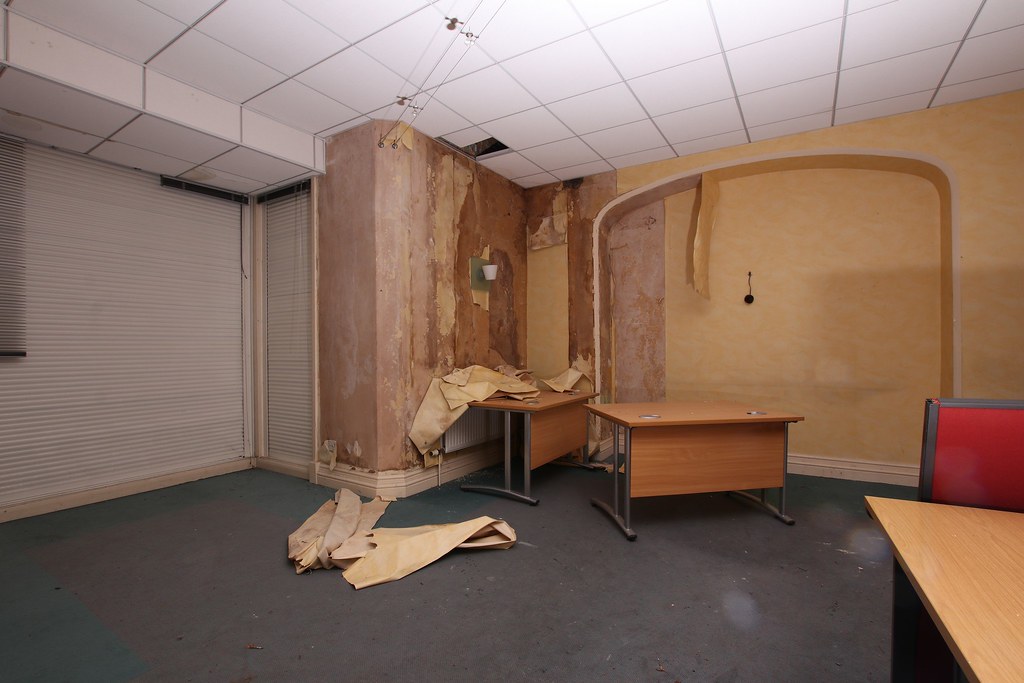 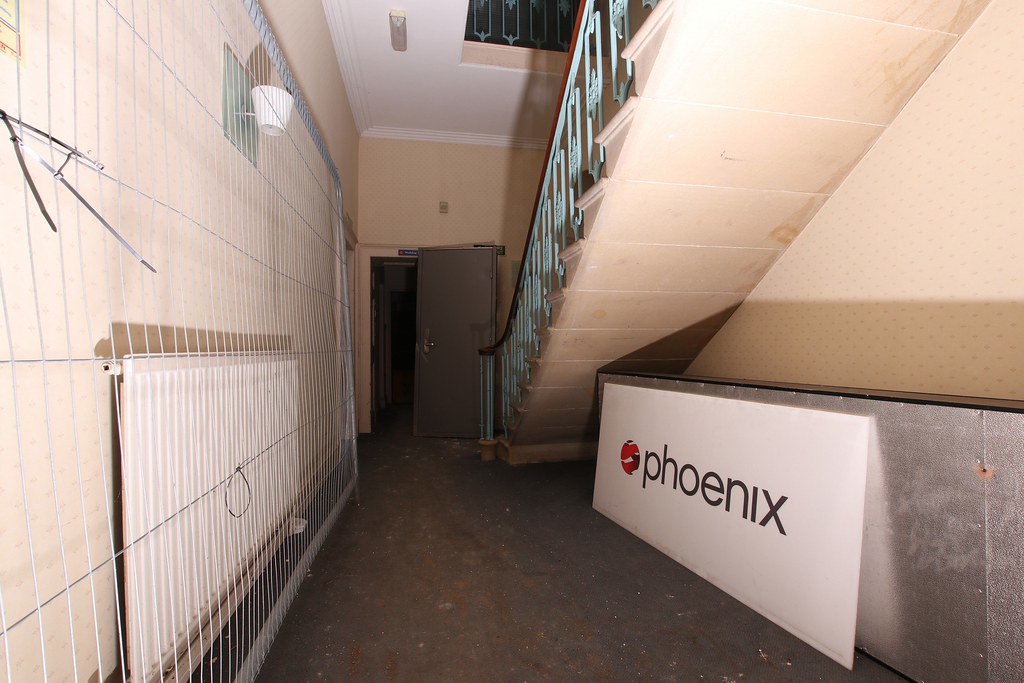 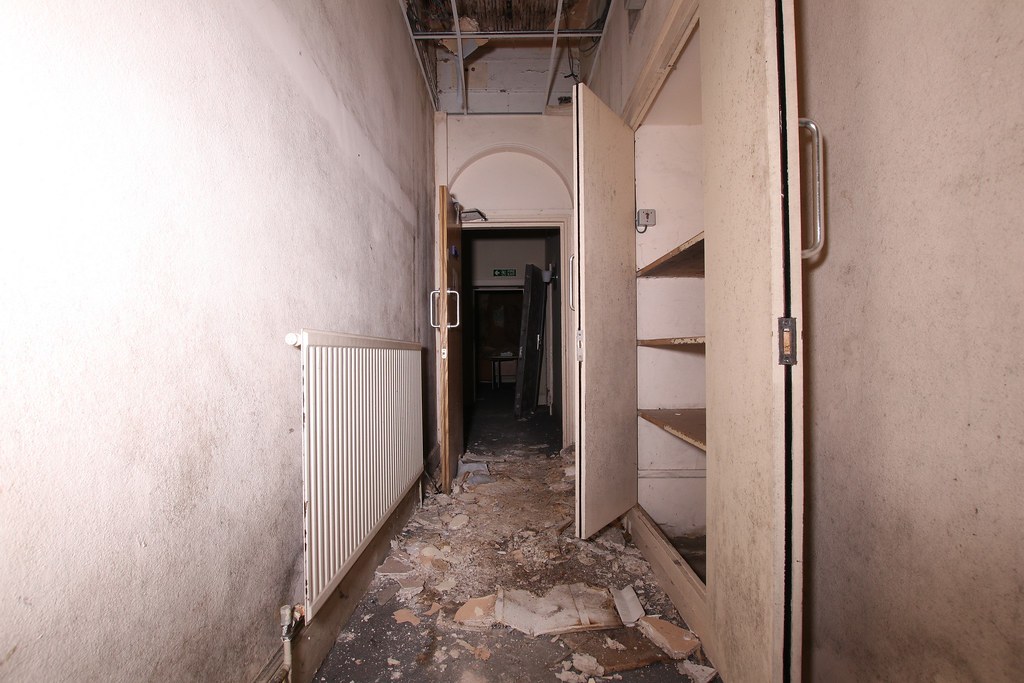 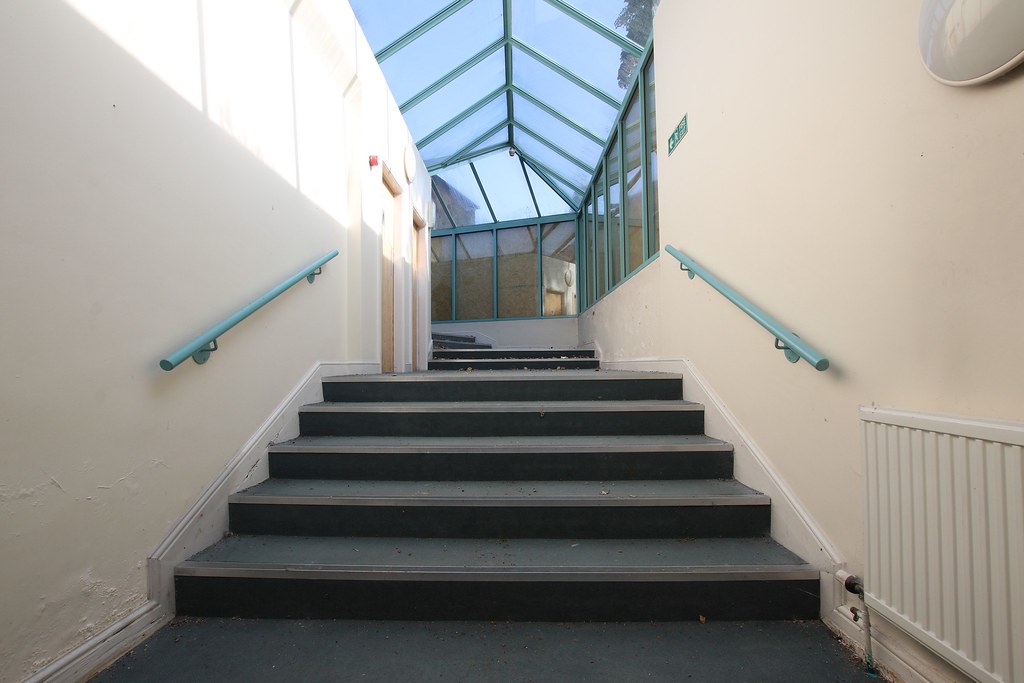 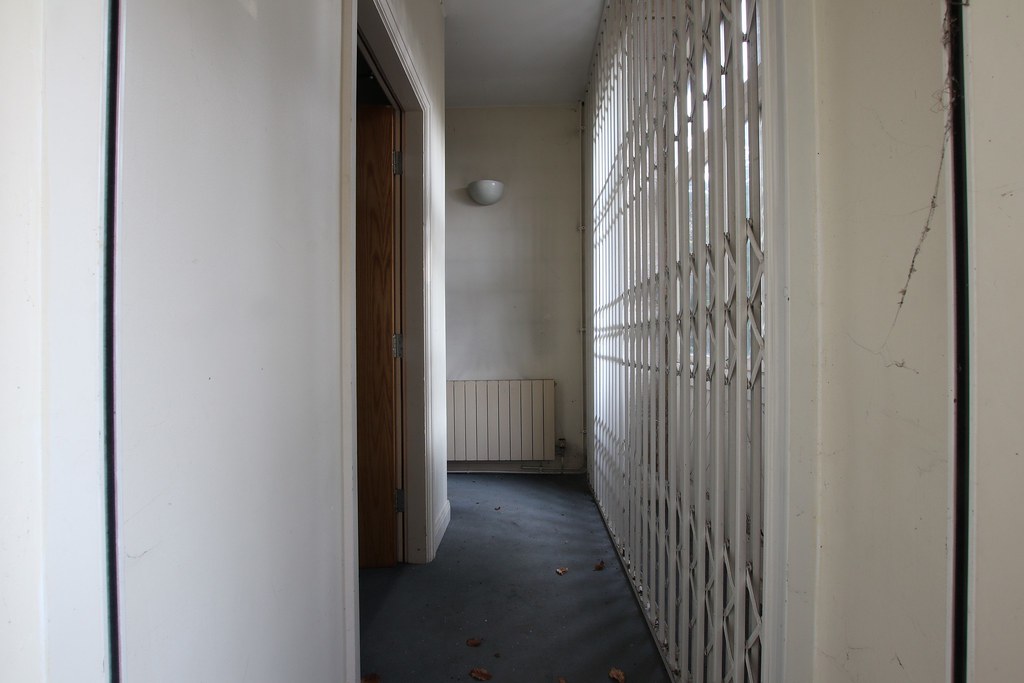 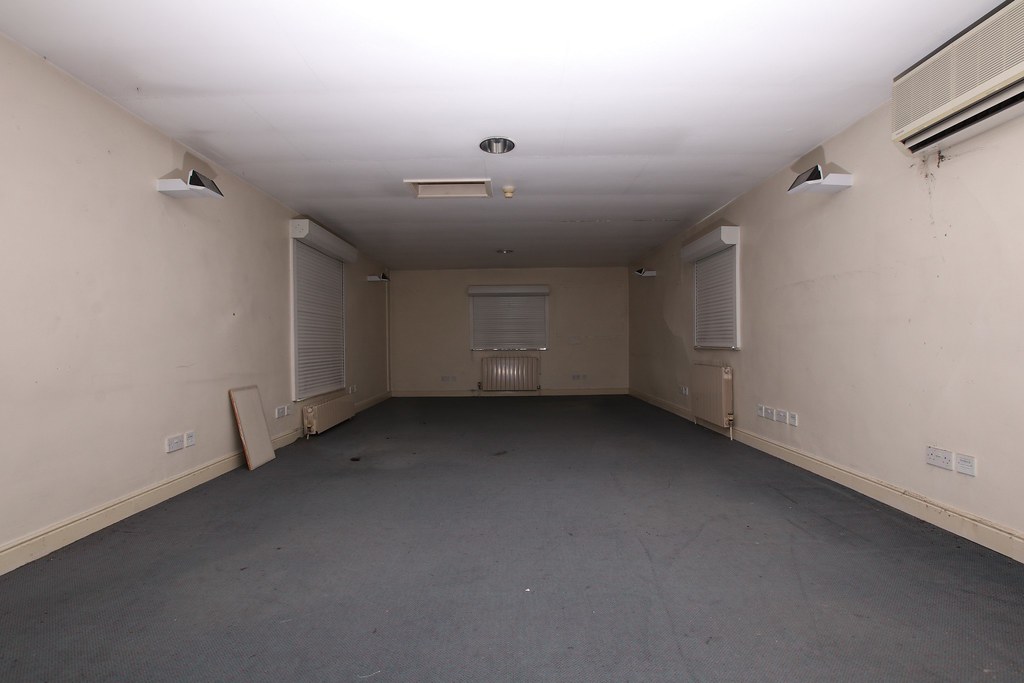 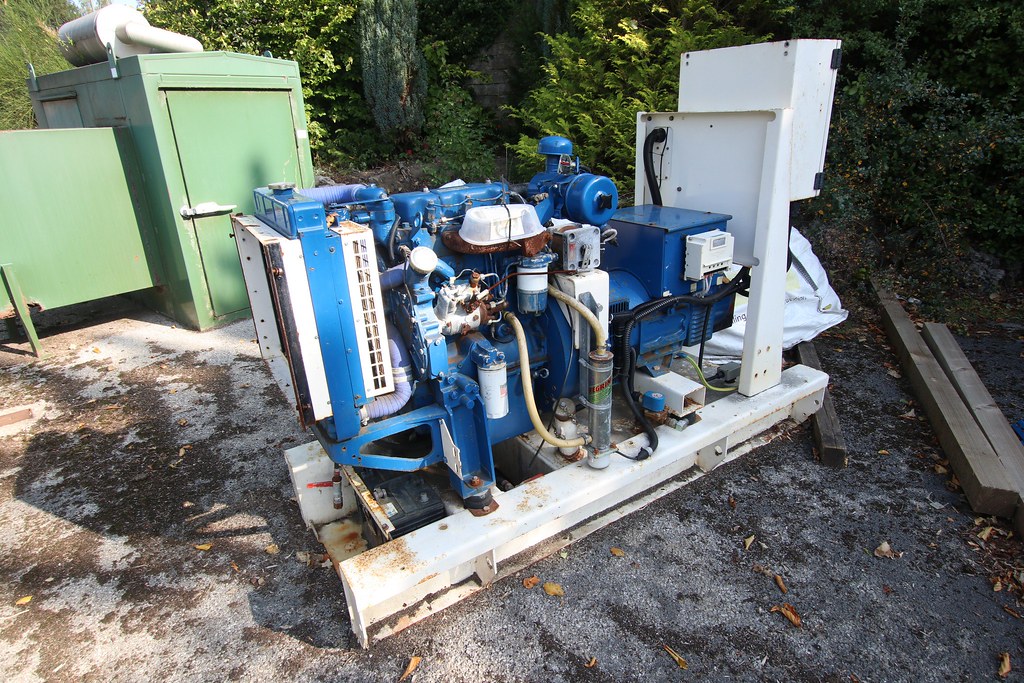 Wow, I used to work for Servo\Phoenix as a project engineer about 4 years aod so used to go to this office regularly.

Phoenix got brought out by a company call Daisy about 6 years ago.

Strange seeing the office in such a state

One of the weirdest job interviews of my working life took place here in the 1980s I think - I didn't take the job. About all I remember is the stair cases with the lovely ironwork. Nice work!
H

What a shame the workshop annexe was demolished. From a historical point of view, there may have been more of interest there than in the main building. The wooden handrail – with the gorgeous spiralled bottom section – reminds me of the one to the main staircase my principal childhood home, what is now Bossell House – part of Bossell Park, Buckfastleigh, Devon. In the 1950s my parents owned Bossell – as it then was called – running it as a guest house. The 1880 house had three acres of grounds, a stable block and large kitchen garden. Externally the house is very much as it was when I lived there, but the interior – ten bedrooms and the usual ground floor rooms – and the stable block are now flats. And other housing was built in the grounds. It is still worth a visit for anyone interested in the history of the town. The family that built it – the Hamlyns, who had Lancashire connections – built the woollen mills in Buckfastleigh. First photo as it was in the 1950s, second in 2009.

Hi, A bit late joining this post but does anyone have any pictures of the house before it became offices? I used to stay here when I was a child but sadly have no photos. I'd love to see some, interior or exterior. Or know of any links with the history of the property?
J

How do you get in? Is it easy? I'm a local urbexer wanting to try and get in, especially for that glass roof!
J

robsterwebb said:
Wow, I used to work for Servo\Phoenix as a project engineer about 4 years aod so used to go to this office regularly.

Phoenix got brought out by a company call Daisy about 6 years ago.

Strange seeing the office in such a state
Click to expand...