Good Afternoon all, after a lengthily spell of Covid Lockdowns and Restrictions, I am back and very happy too!

So after two successes in and around Canterbury; myself and @Dragon_Urbex retired nice and early after a Fish and Chip dinner, and went to sleep around 9pm for the next days outing. It was a big one, an old favourite from the urbex community, which given this is my 13th Exploring Year, I was amazed I hadn’t tried before.

If there was anything to break the rust from months of being dormant in urbex; owing to Covid-19 restrictions and lockdowns, it was this place which shut when I was just 1 year old!

My third new site and only fifth explore in the whole of 2021 (Adhering Corona rules in the spirit of everything) and by far the best and one of my all time favourite explores.

Big thanks to @Dragon_Urbex for organising this trip. I woke around 3:30am, and after a quick breakfast and some time to compose ourselves at such an early time; we clambered into my trusty Volvo 240 just before 5am and comfortably wafted our way on the 100 mile journey to the cement works.

Arriving at the location, we parked the car on the closest neighbourhood and made the killer climb up the worst hill I’ve walked up in a long time; and this was a public trail! Once we got into the old cavernous Chalk Quarry which would have supplied the factory its supply of chalk; we descended down a huge slope and made our way to the building.

After so many years exploring; I don’t really get adrenaline any more, even knowing that there are security patrols with dogs on this site, and that the no mans land between the building and the perimeter fence was huge; albeit well secluded in parts.

We got into a large open area and began ascending into the main part of the factory; first stop: the colossal hall with the Rotary Kilns in.

You have to have your wits about you in this building. It’s been abandoned for 30 years and some of the steel walkways have corroded so much that they are crumbling away. The drops range from about 30-100ft inside. I estimate the suspended 10 ft high kilns to be around 80 foot from the top, to the floor.

We landed in the main money shot area at around 7am; the morning light was finding its way in to the building via the glazing, and also the many holes in the roof; which created amazing streams and trails of light.

It felt wonderful standing there in this huge, decaying Cement Works. Just my kind of explore, Huge, Industrial and lots of Natural and Minimal Physical Decay.

We spent over five hours in this building taking it all in and photographing everything we could. Upon ascending into the next part of the building via an old conveyor tunnel, we spotted security and his dog walking past. We ducked in for a minute or two and then continued. It wasn’t until later that we were on the Ground Floor in an old Turbine Hall that we heard security whistling away as he walked past us with his dog; 4ft or so behind the wall which had windows all down the length! We sat tight for ten minutes and then worked our way back through the factory; getting a few free hand shots before making the journey back to the car.

All packed up, I decided to get a pano using my mobile from the cliff edge of the quarry. It was at this point Mr. Secca; about 500yds away decided to shout up at us “Oi! You’re not allowed up there!”. Politely we made our excuses we were leaving (all yelling across this quarry!) and he waved and got back into his car.

Still buzzing from exploring this. What a place!

Production on site begun in 1883; though the factory as it stands is much more modern, around the 1950s. The view of the 350ft by 10ft Vickers Armstrong Rotary Kilns is breathtaking as soon as you get inside.

The site closed in 1991 and has sat disused ever since; though the land is used and filming has taken place on site over the years for various films and TV Programmes. The site which was operated by various firms, including: Blue Circle and The Beeding Portland Cement Company (Which was founded in 1878) had an estimated output of around 550 tonnes per day. The site was bought by a developer in 1997, but still stands. 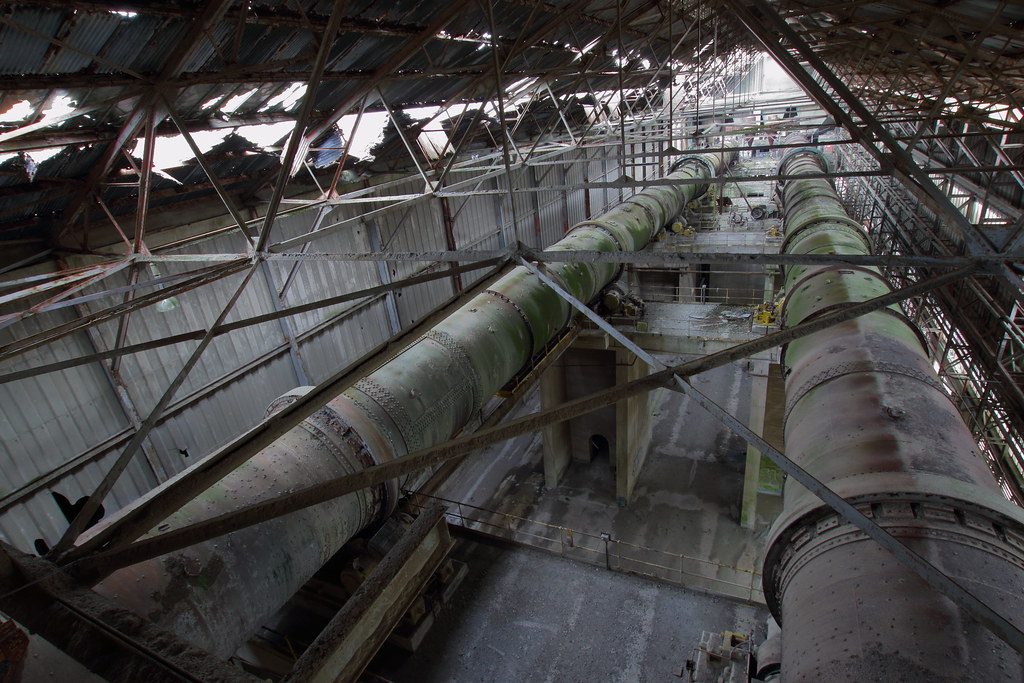 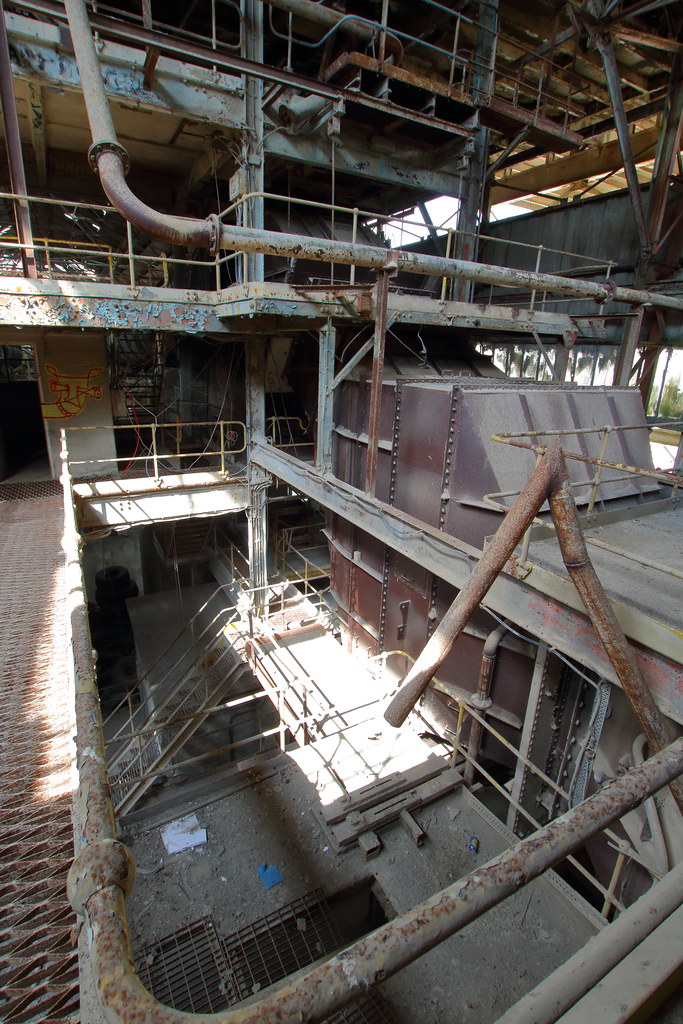 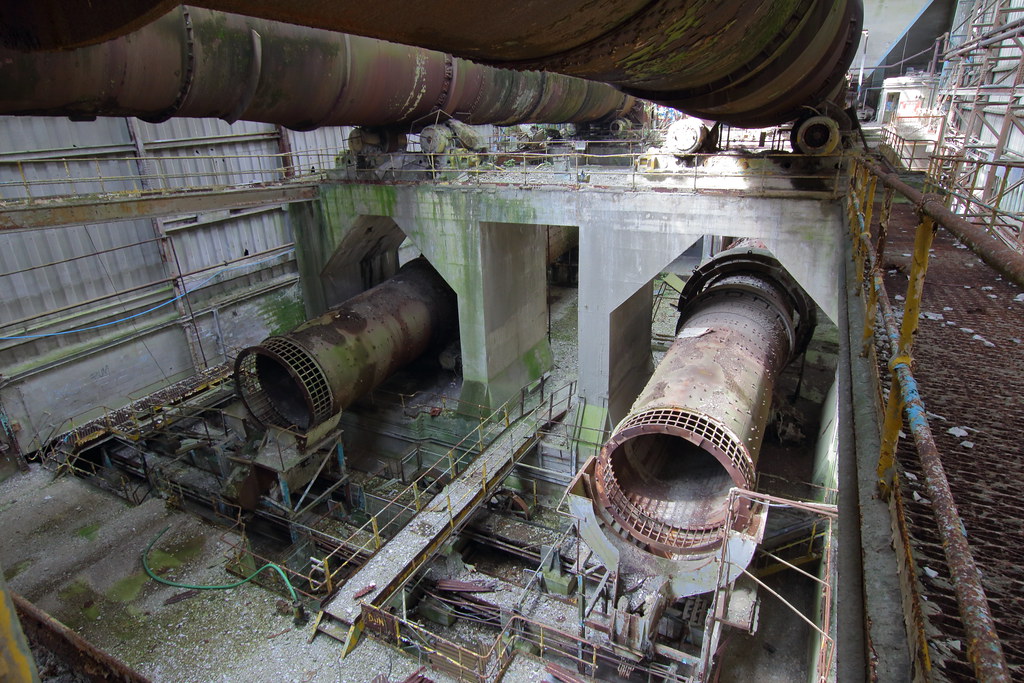 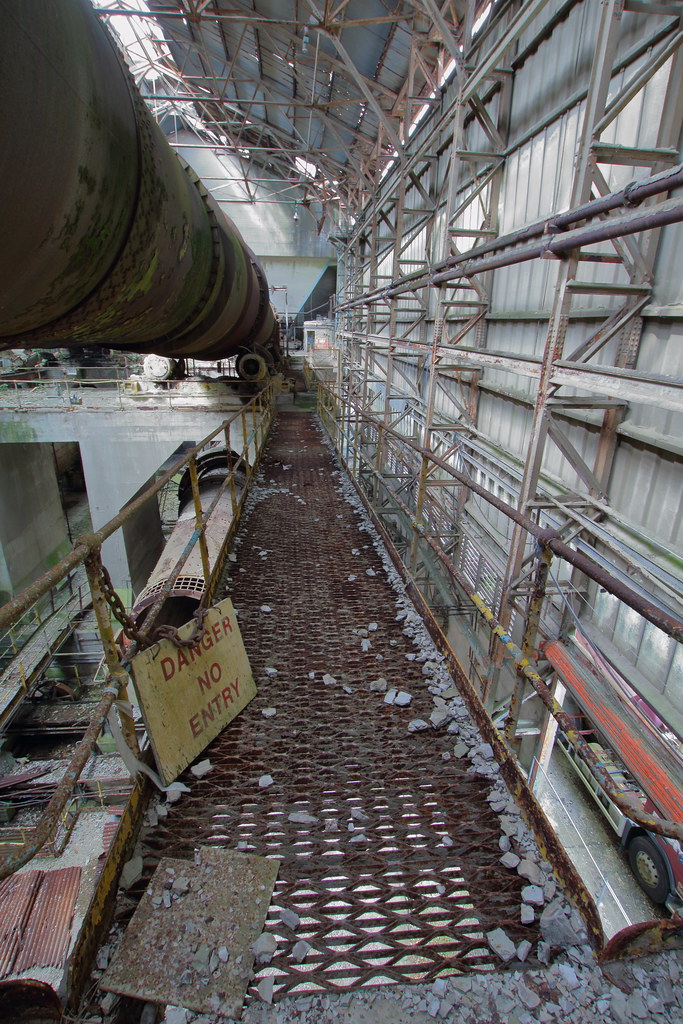 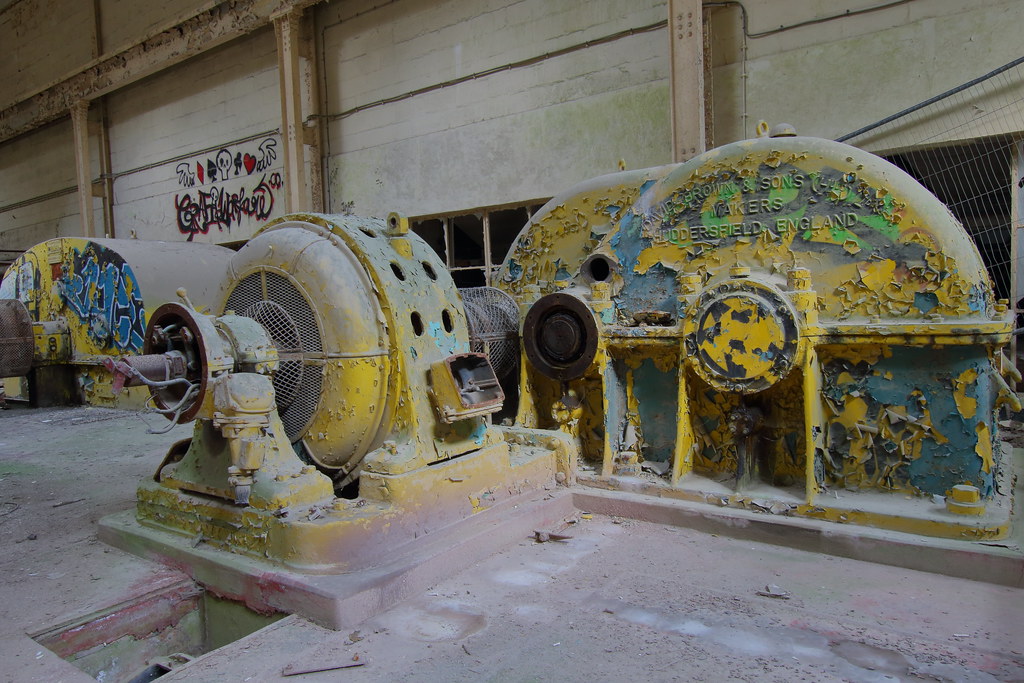 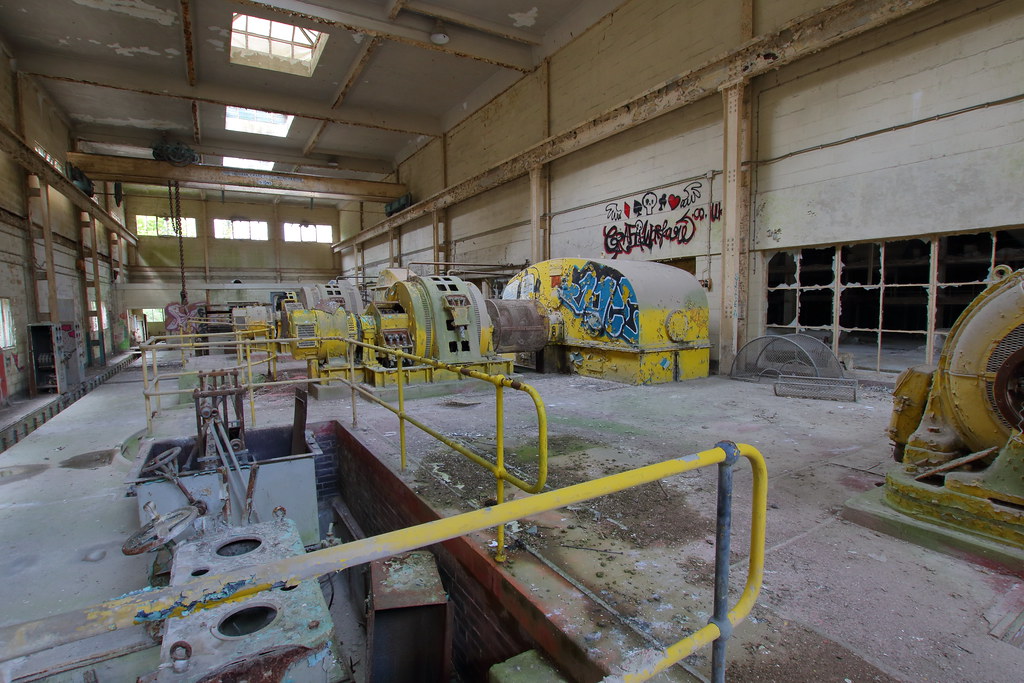 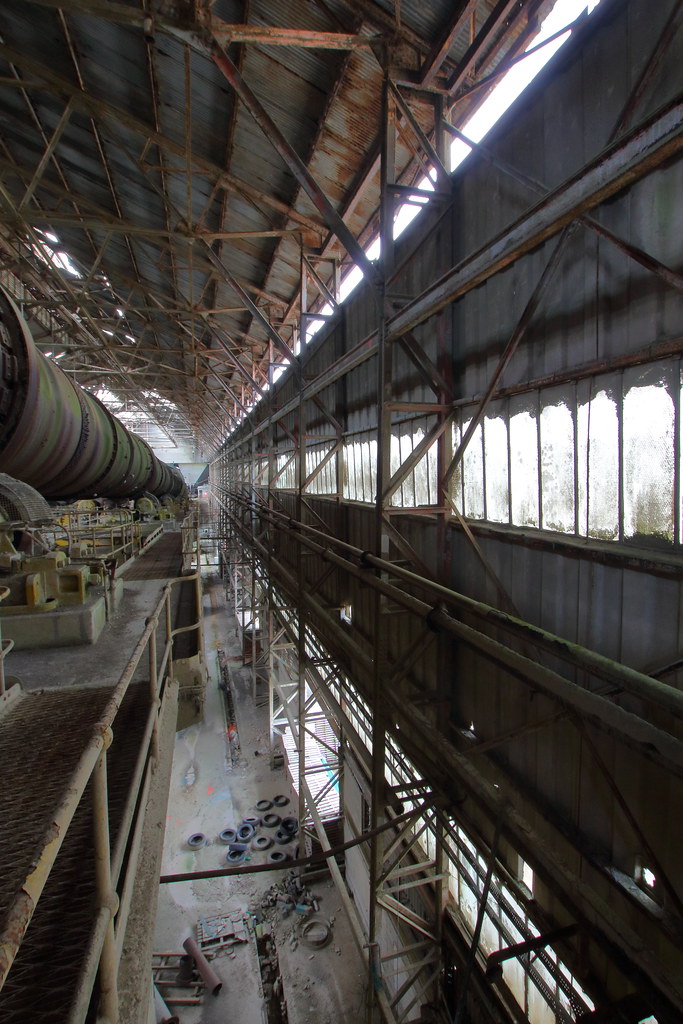 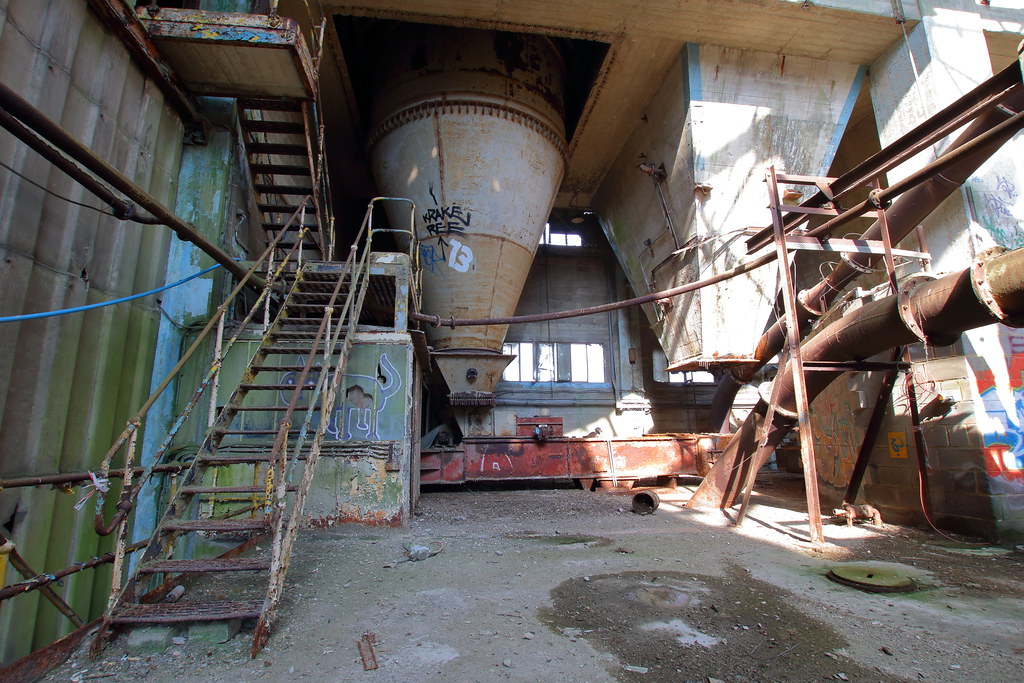 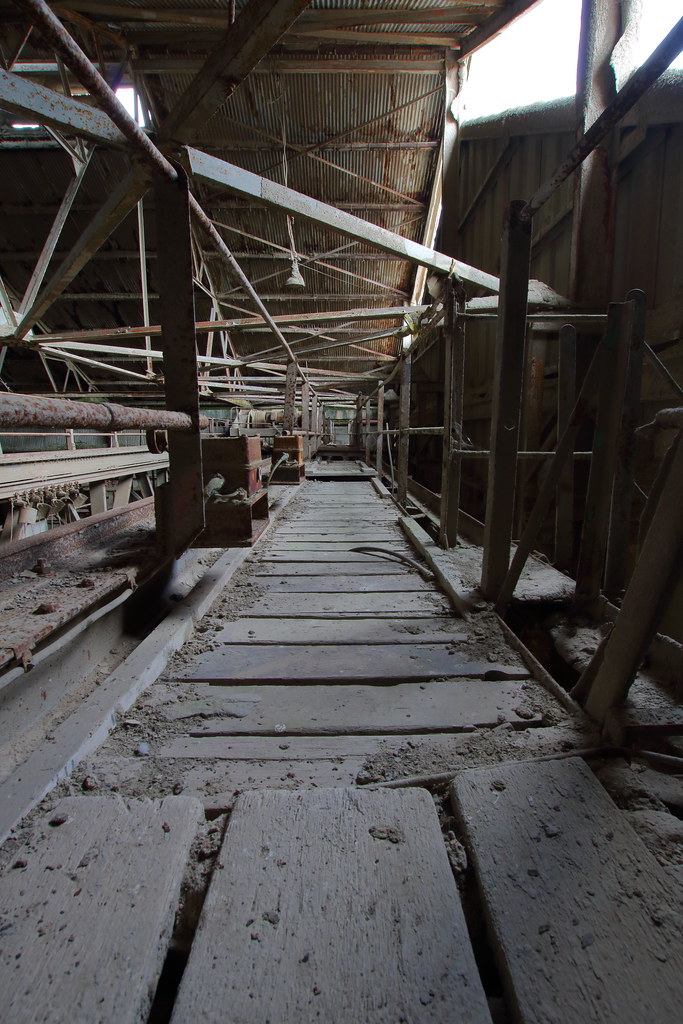 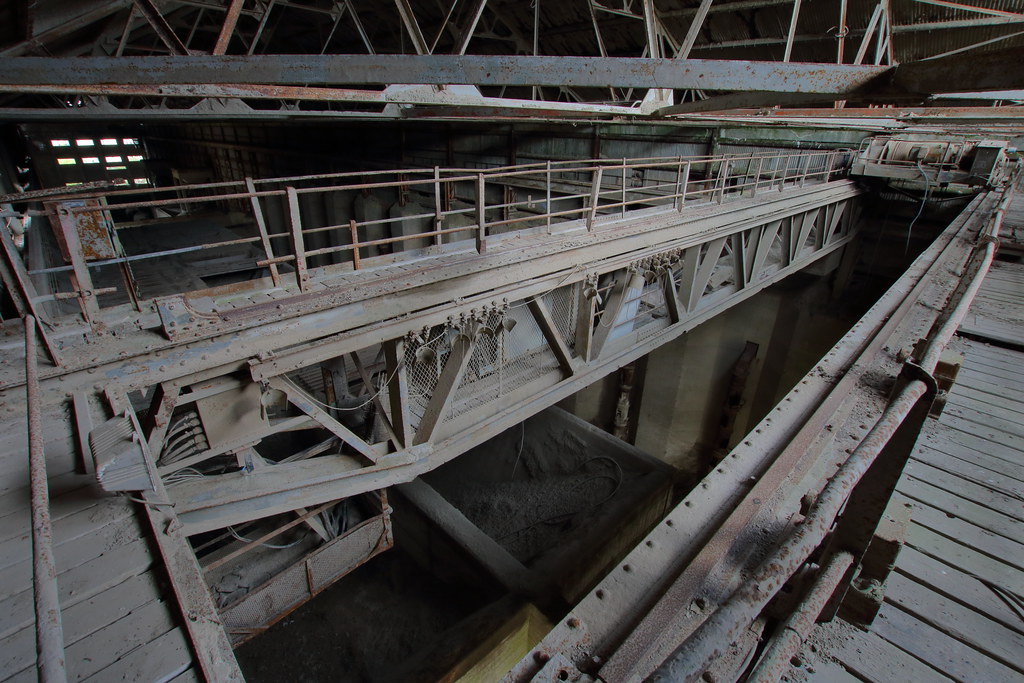 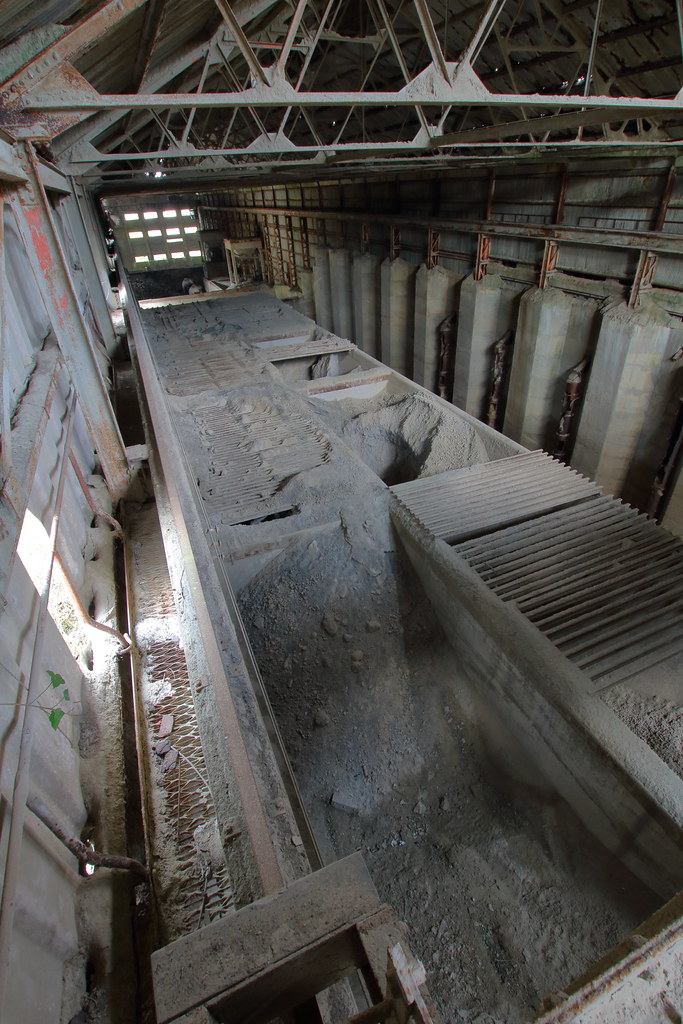 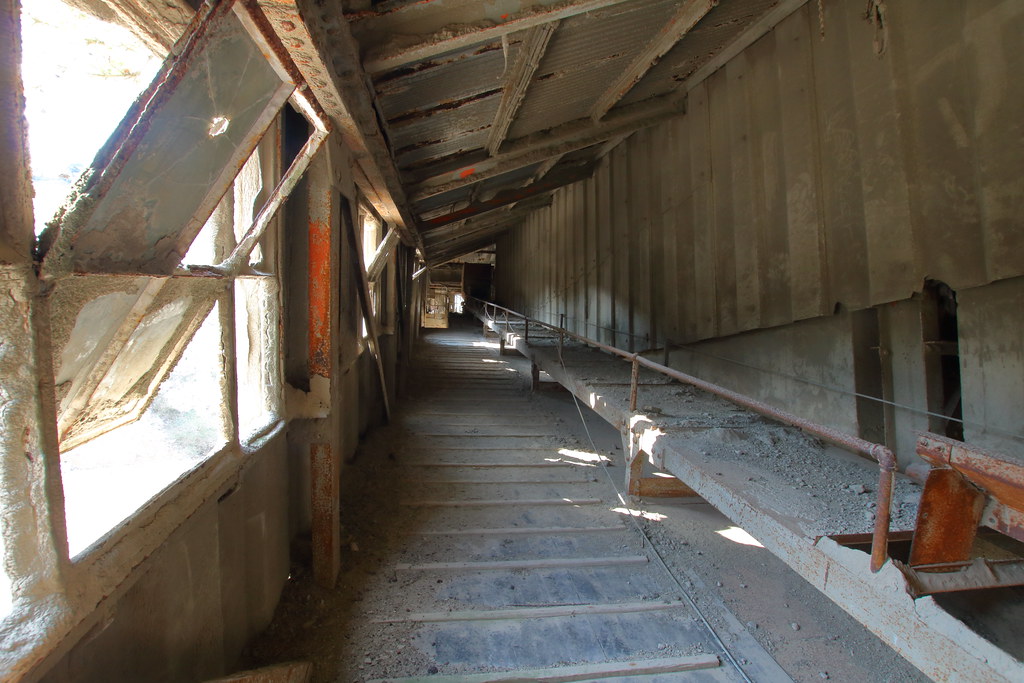 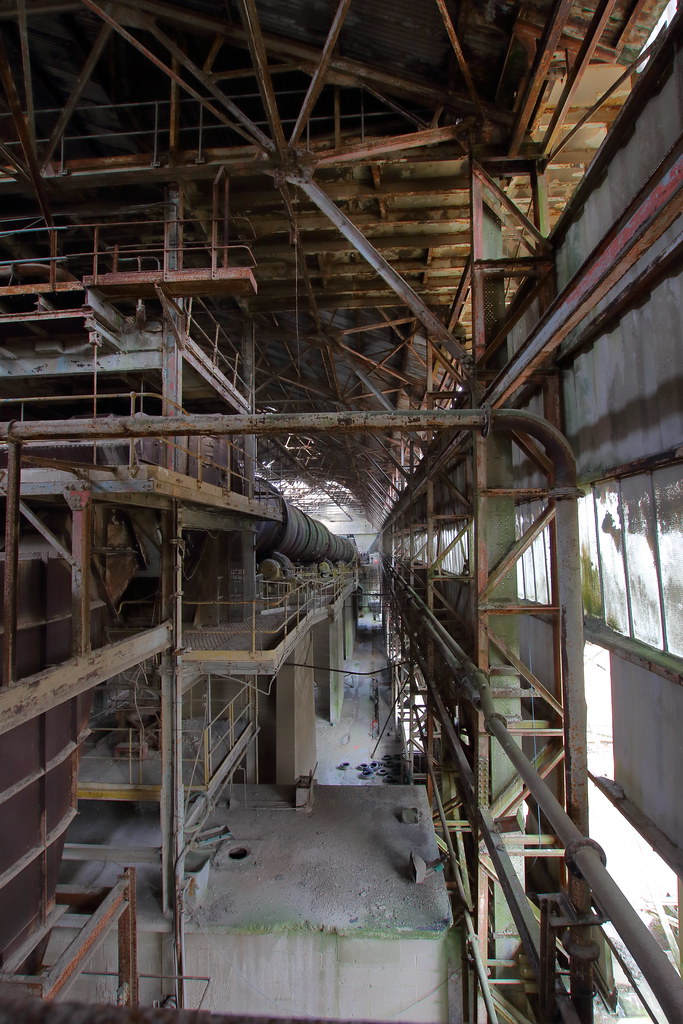 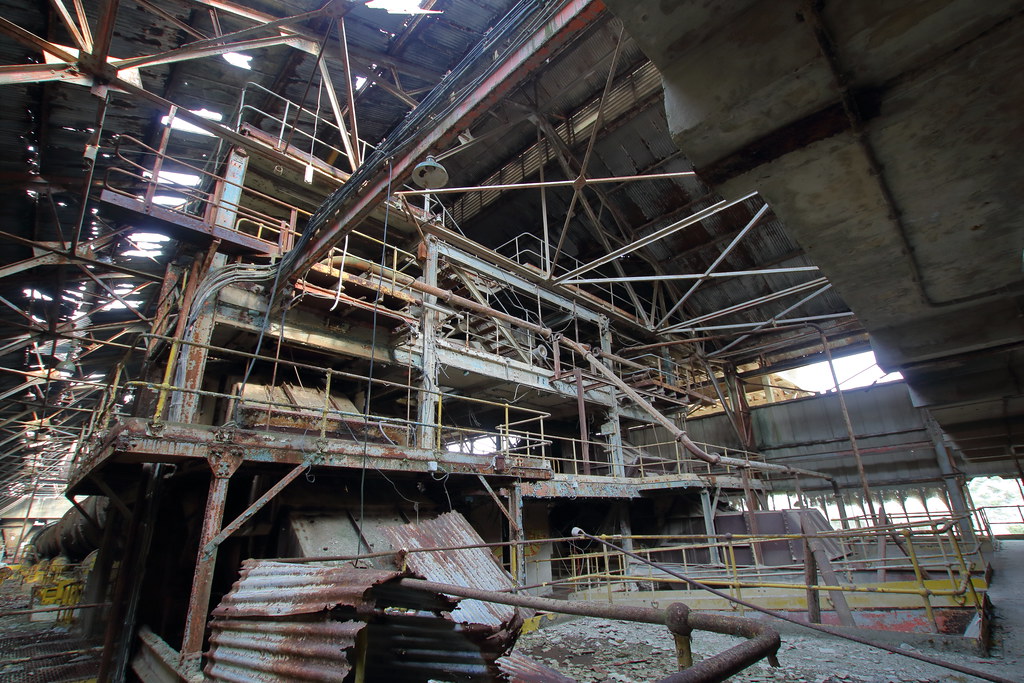 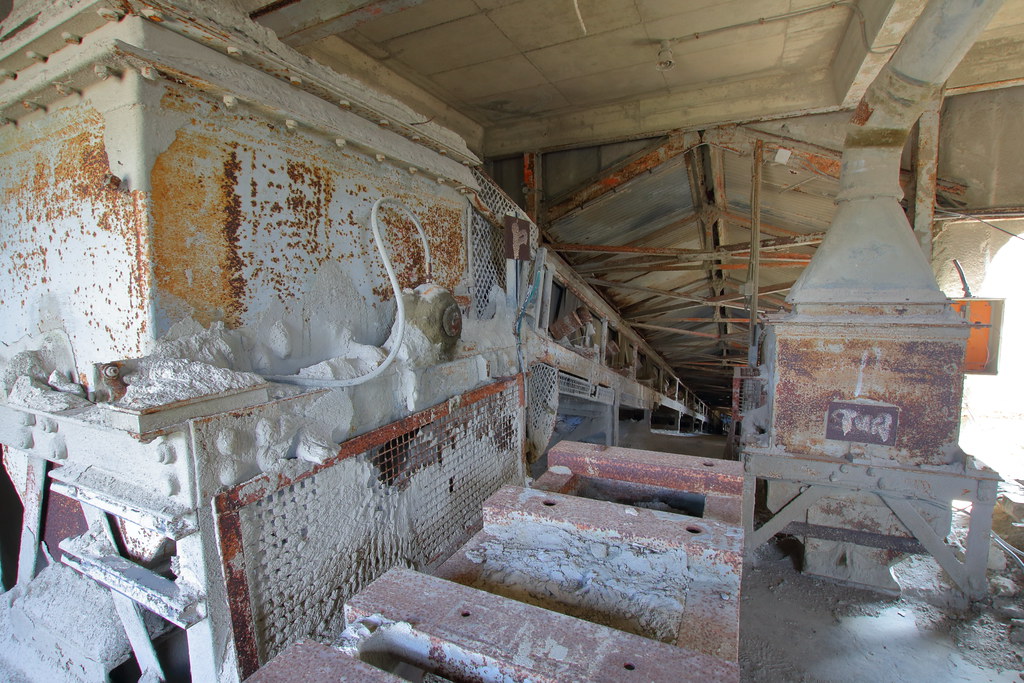 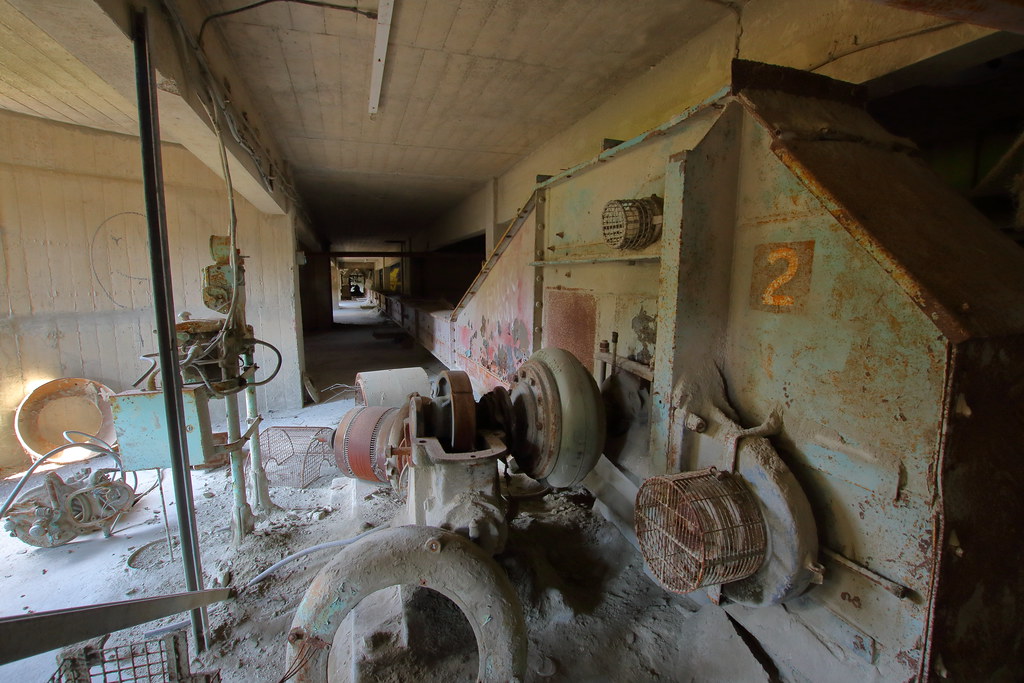 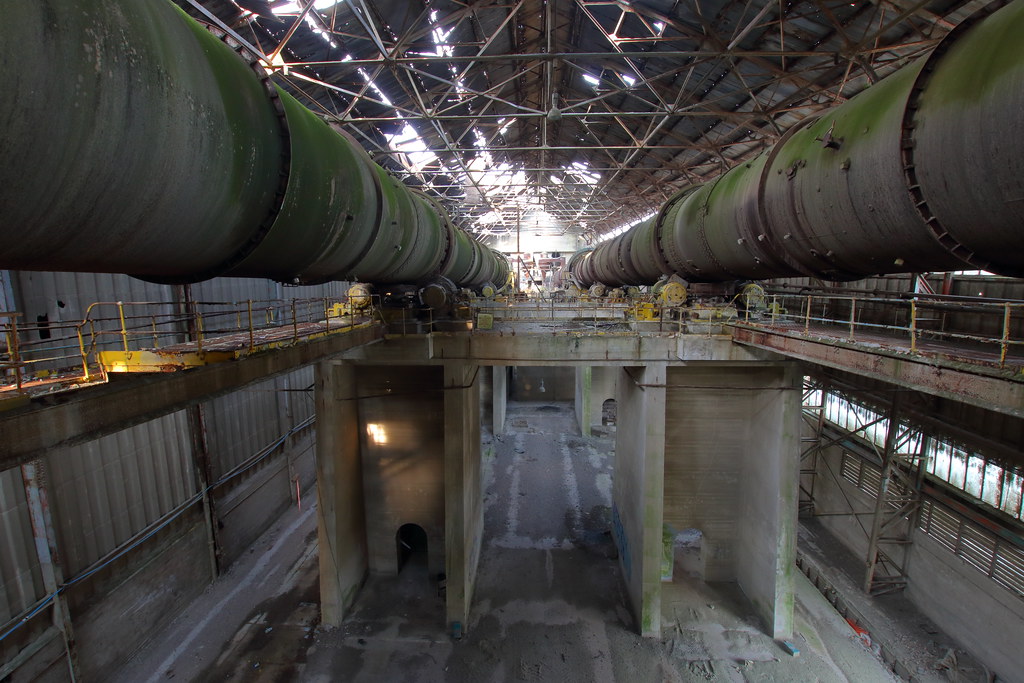 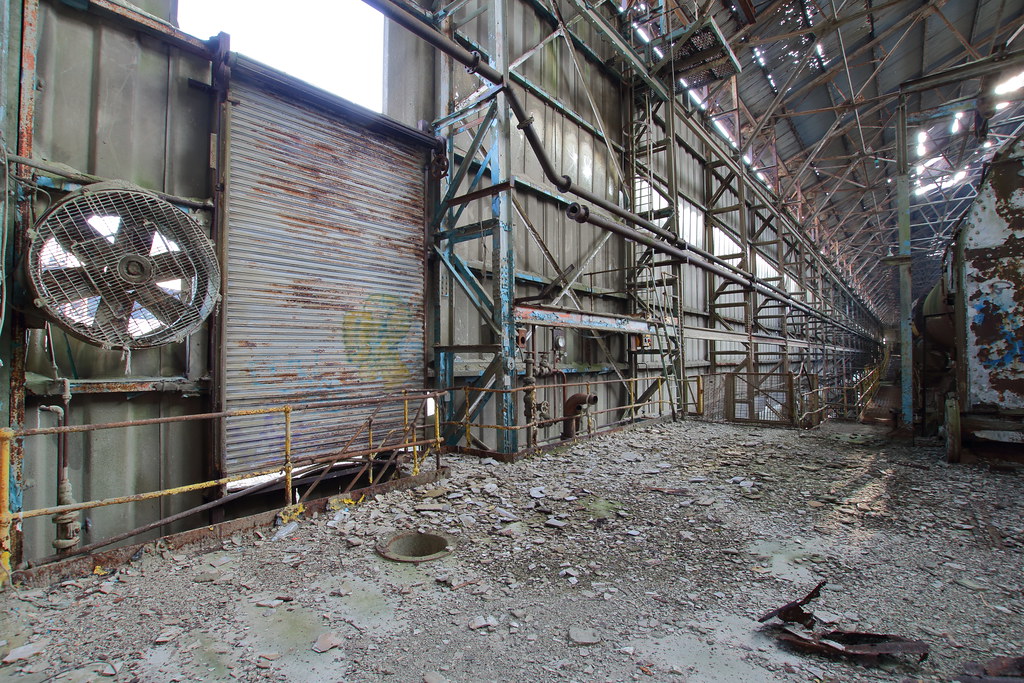 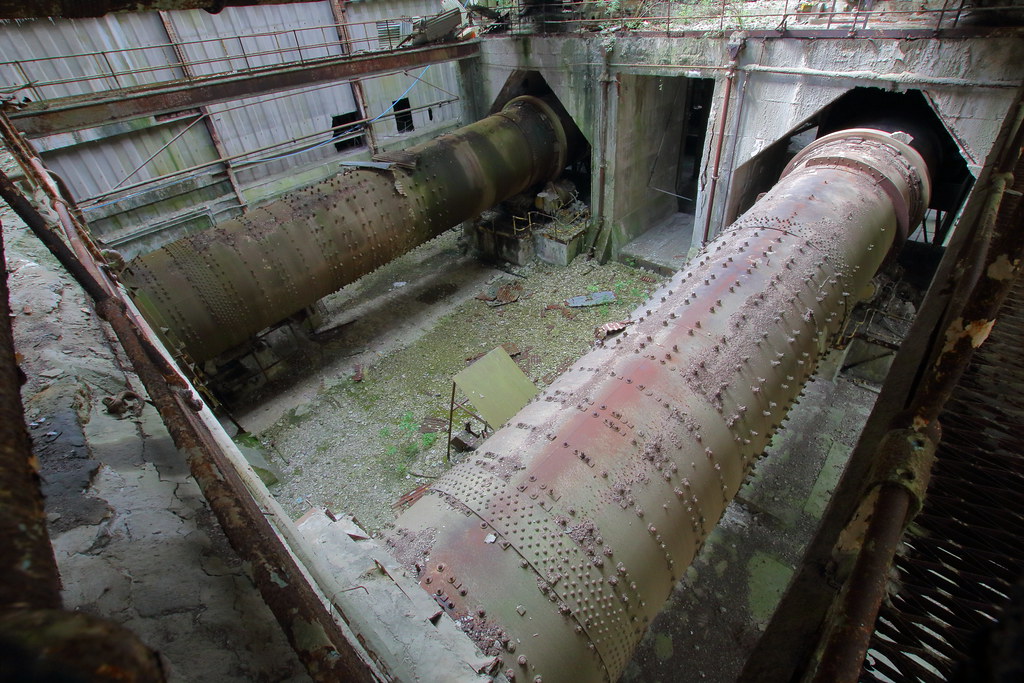 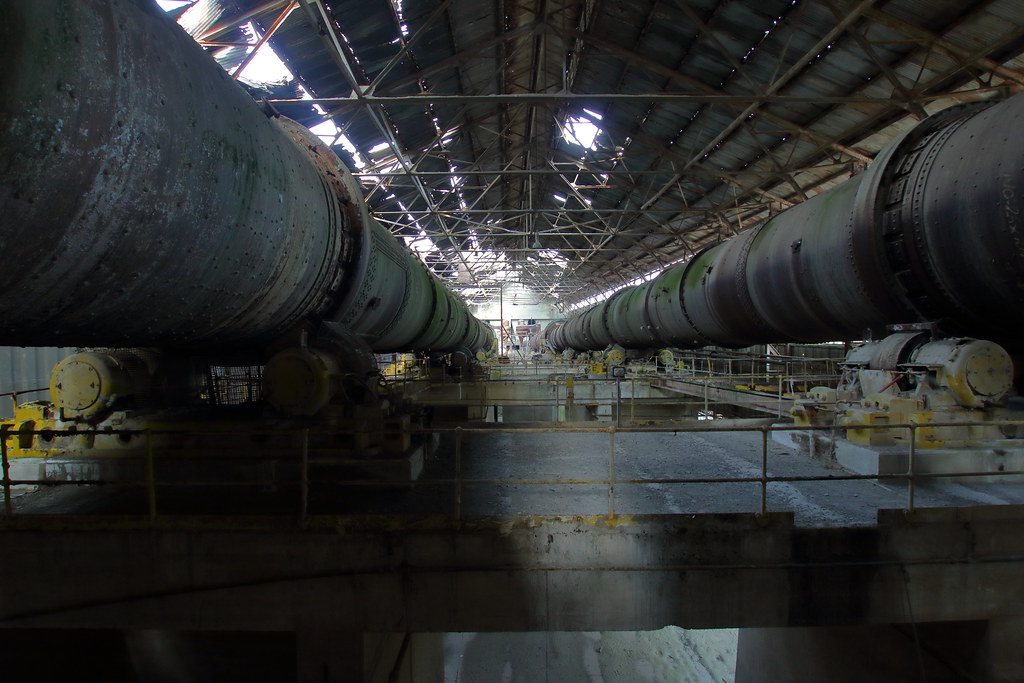 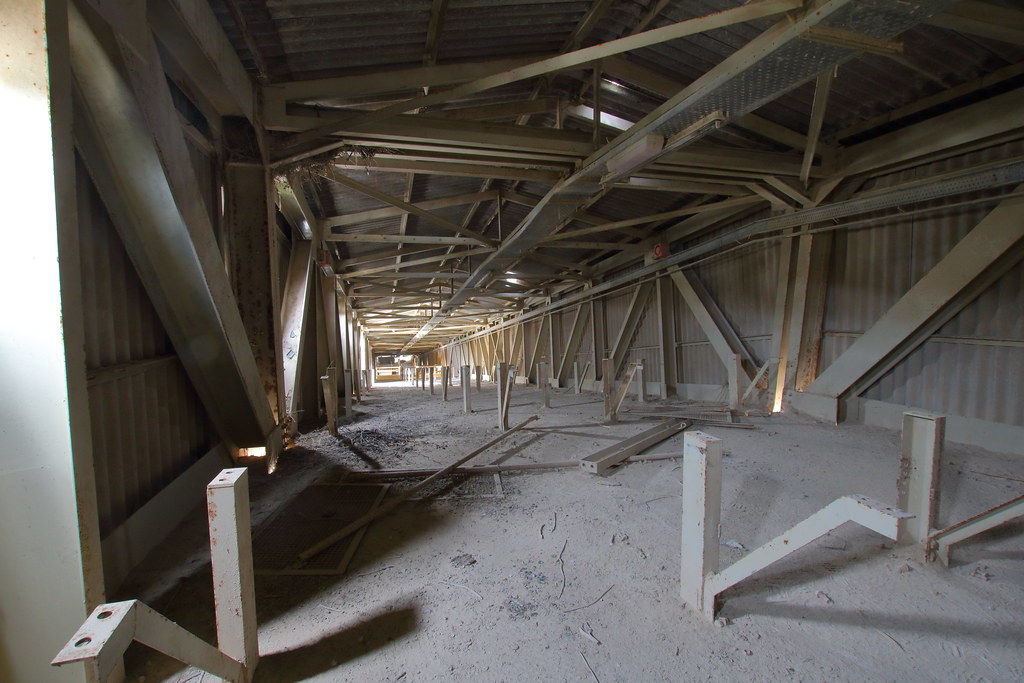 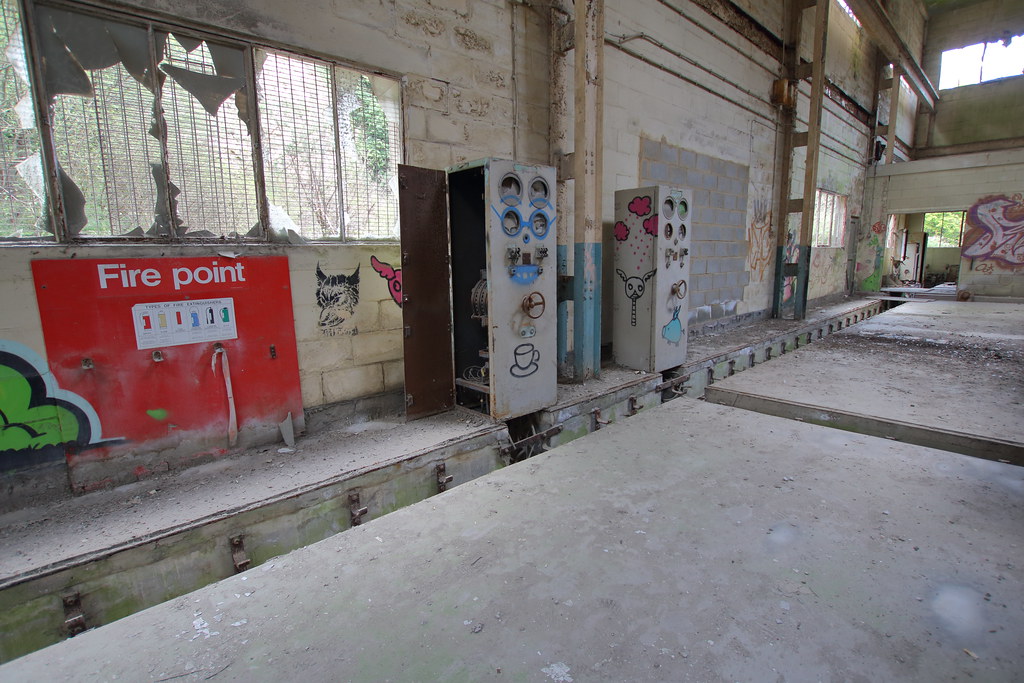 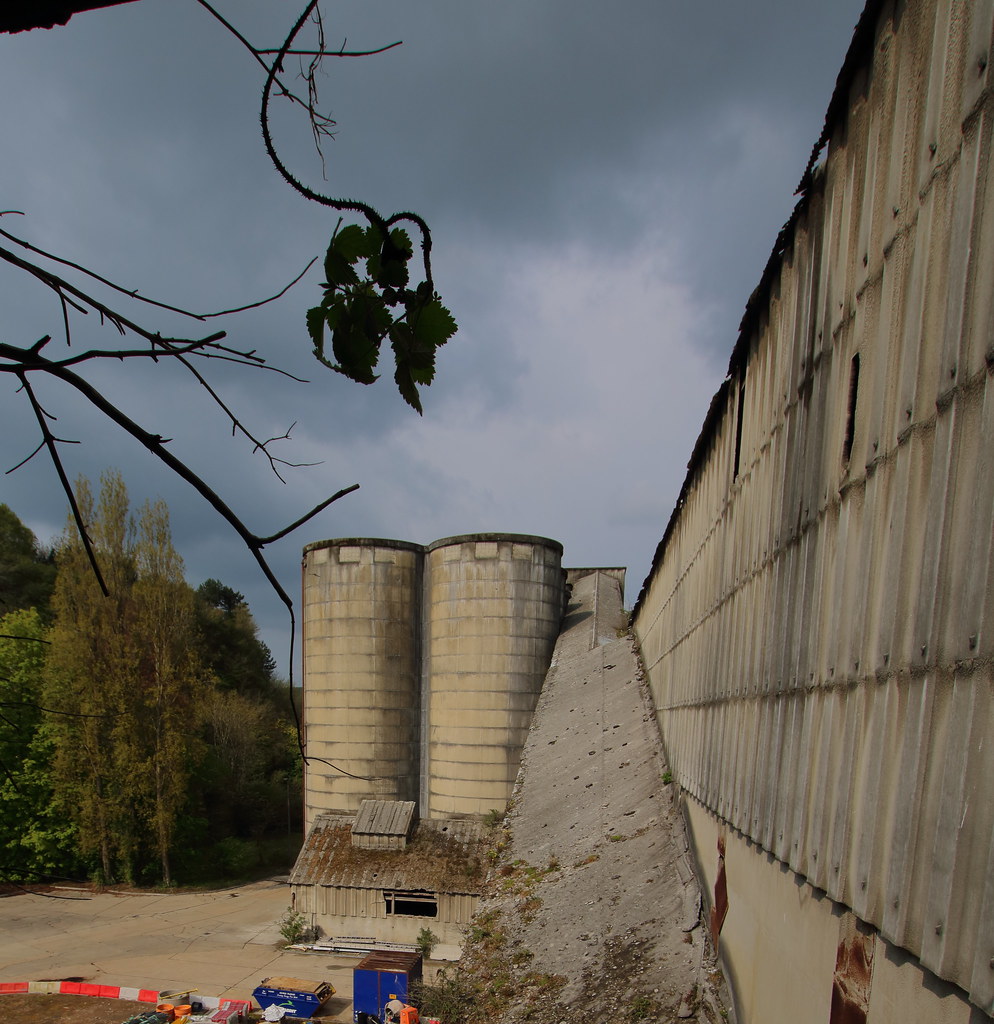 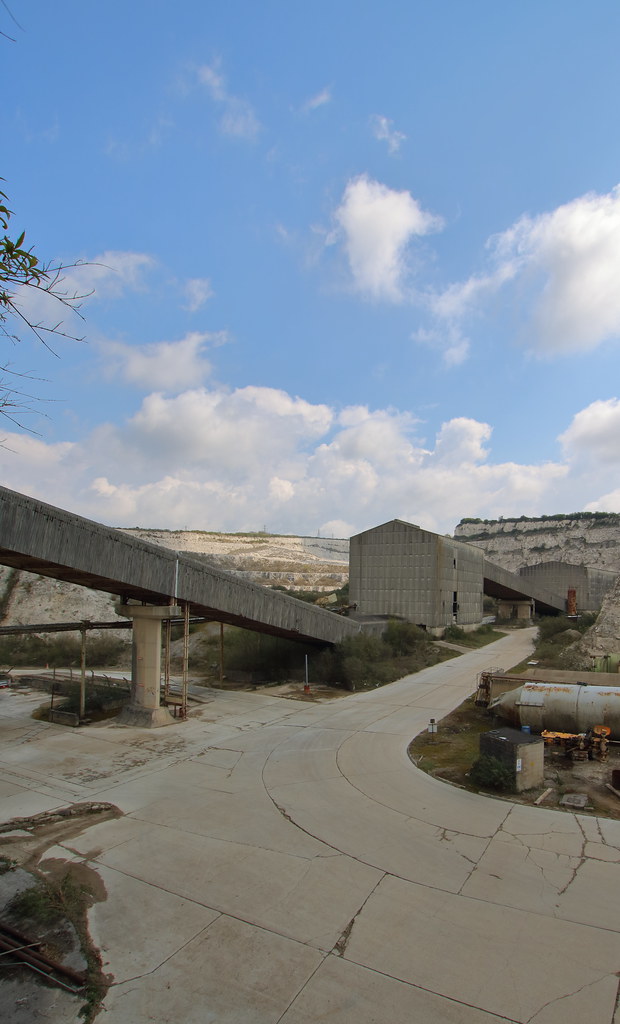 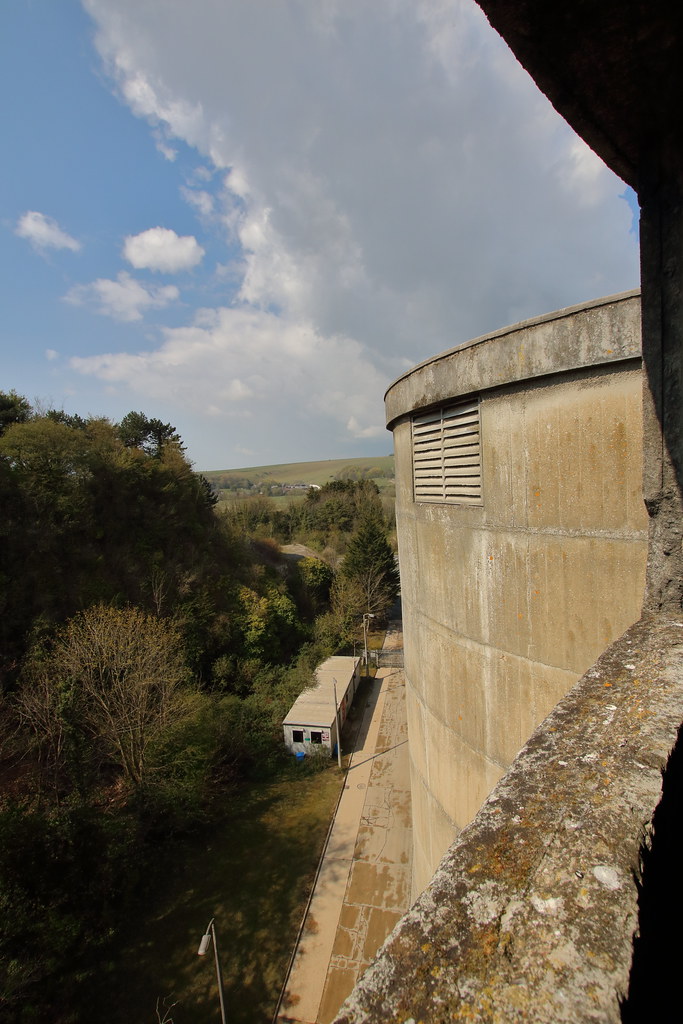 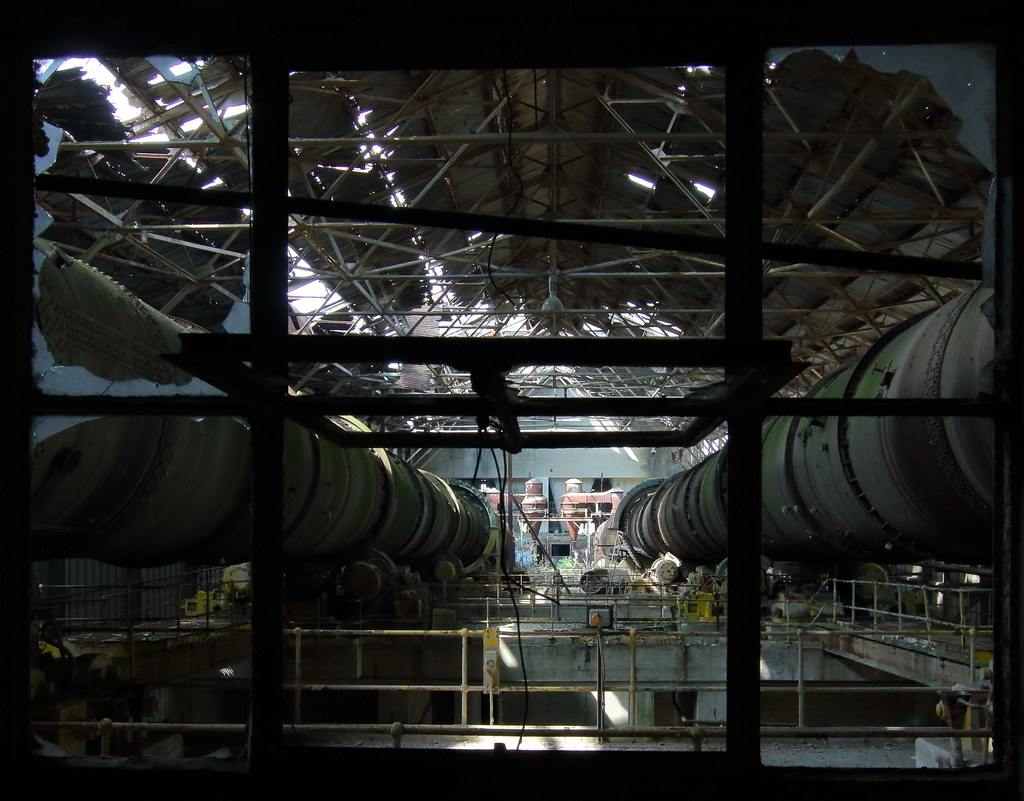 It was a wonderful day and we got back to the car around 12:30 after an amazing yet VERY dusty tour of an amazing site. @Dragon_Urbex, the lunatic, ran across the top of one of the kilns around 80 feet up in this concrete labyrinth. I have to say, I was very happy when he was back on terra-firma!!!

As Always, Thank You for your time. More Cement Dust At: 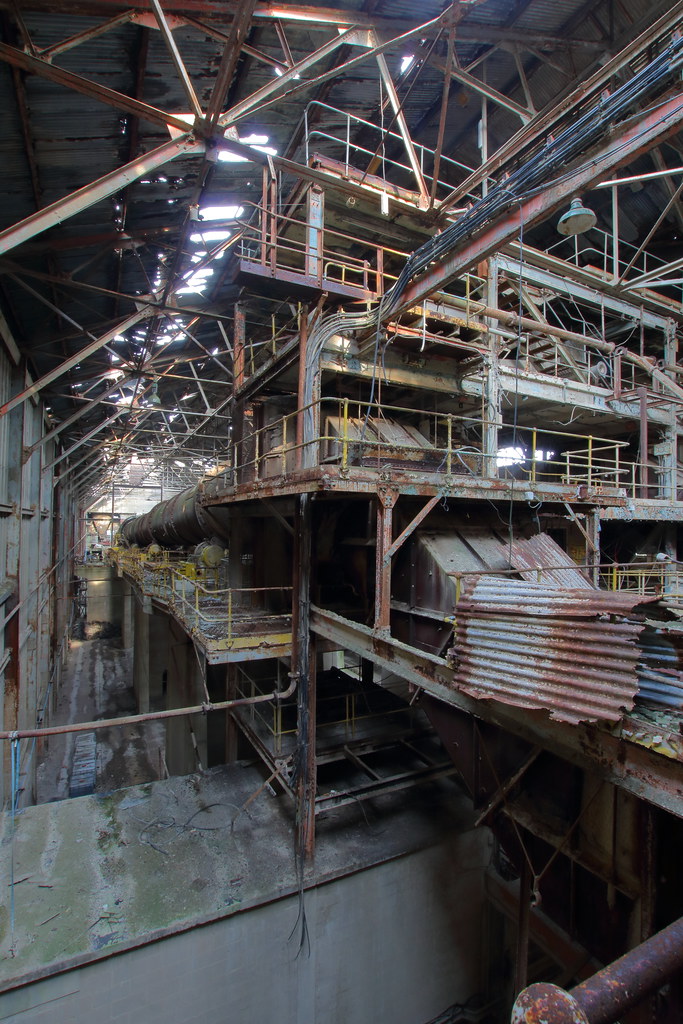