When staying in Blaenau, there are multiple possibilities in terms of mine/quarry exploration. There are the big sites (Maenoffren, Rhosydd, Cwmorthin etc) but there are also a number of smaller, lesser-know sites. I tend to do my exploring in the morning while my family are asleep but in Winter, with it getting light around 8am and the weather being, well, typically Welsh, I had less time to play with. Hence, one morning I decided to stay local and see what was literally stone’s throw from where we were staying. Not spectacular by any means but still part of the rich mining history of this wonderful neck of the woods.

Small Mines of the Crimea Pass. 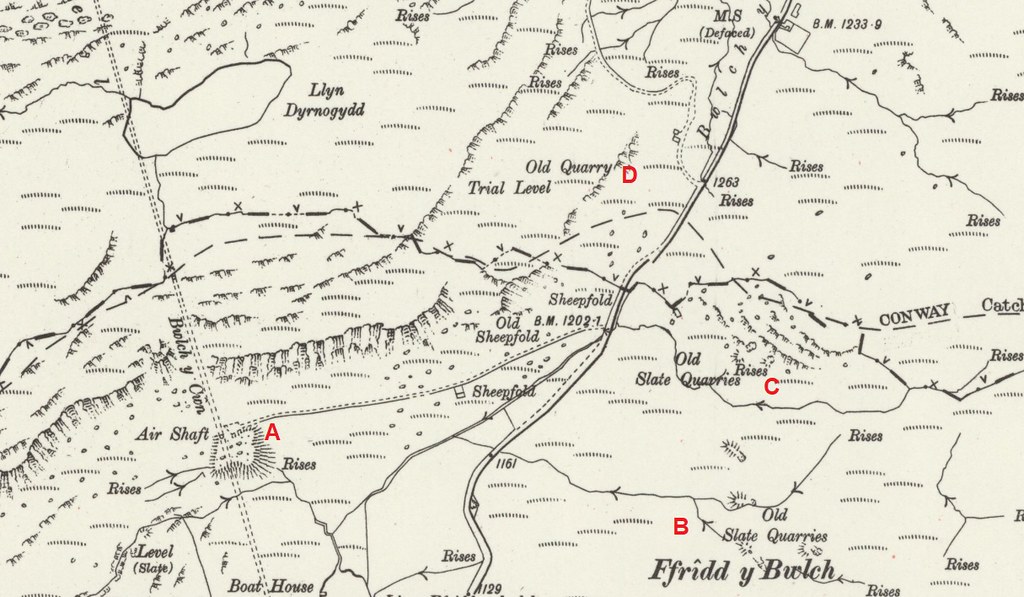 (A) Ffridd-y-bwlch slate mine
Can’ find a whole lot of info on this place. It’s easily accessed via a long path from the A470. The waste slate piles are sizeable but there is little in the way of evidence of where the waste has come from. There’s no visible adits or quarries, although to the west old maps indicate the presence of rises. The air shaft atop of the tip is for the three-mile long Bwlch-y-Cwm railway tunnel.

View from the miner’s track: 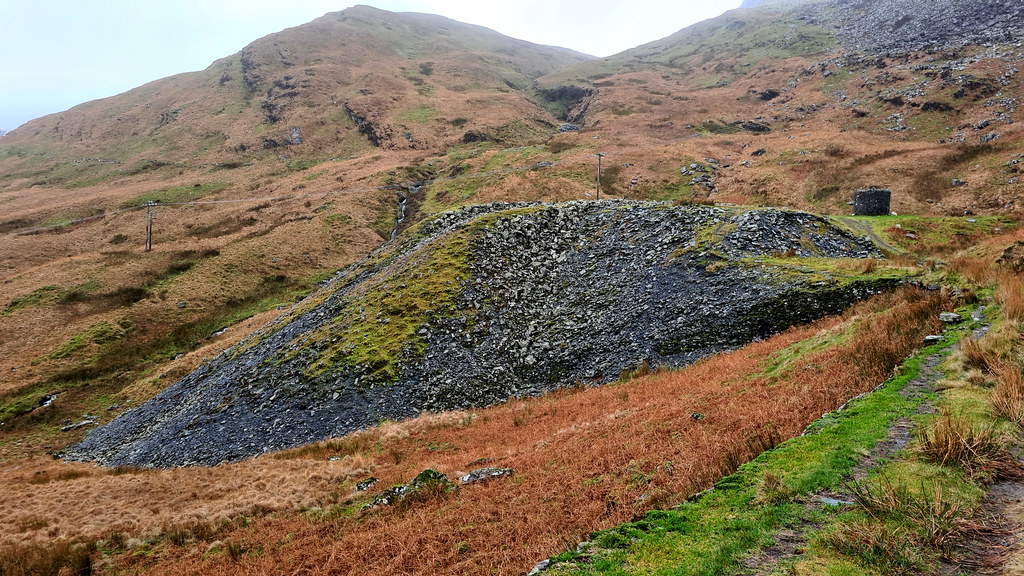 Close-up of the air shaft: 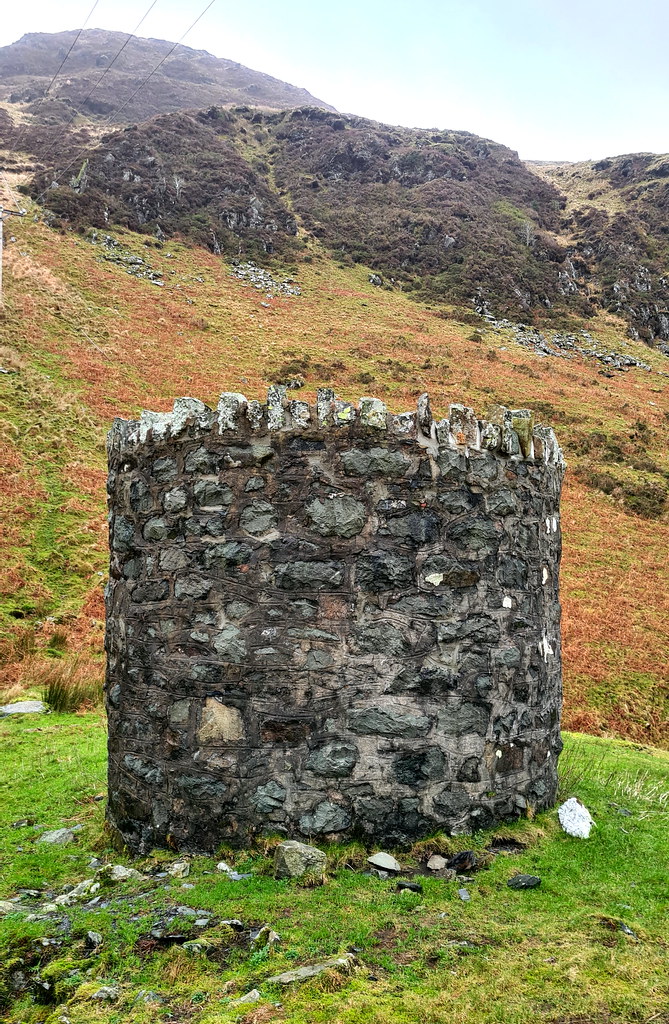 Looking over the waste tip towards the Llyn Fridd-y-bwlch reservoir: 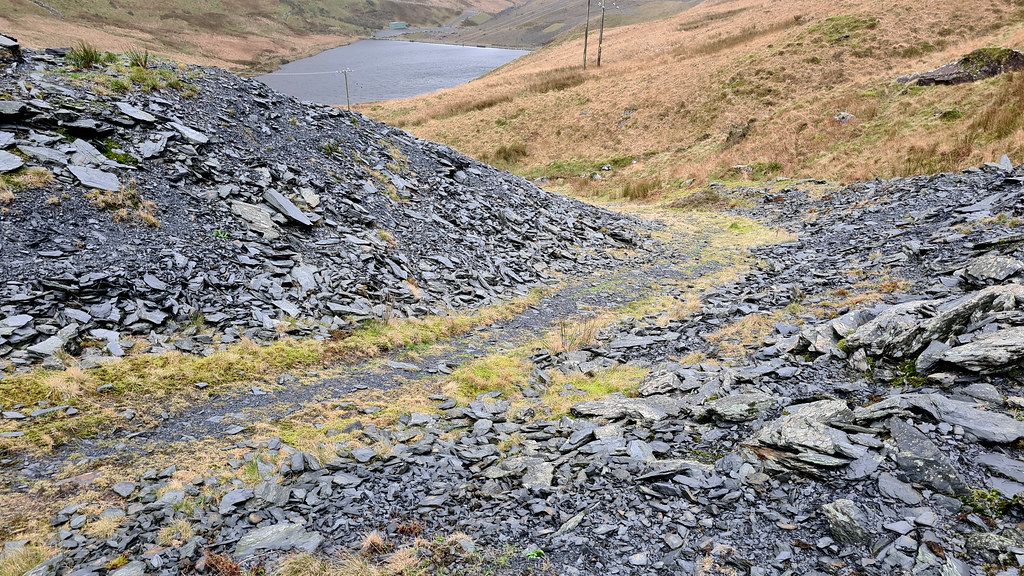 Some sort of anchoring block next to the air shaft: 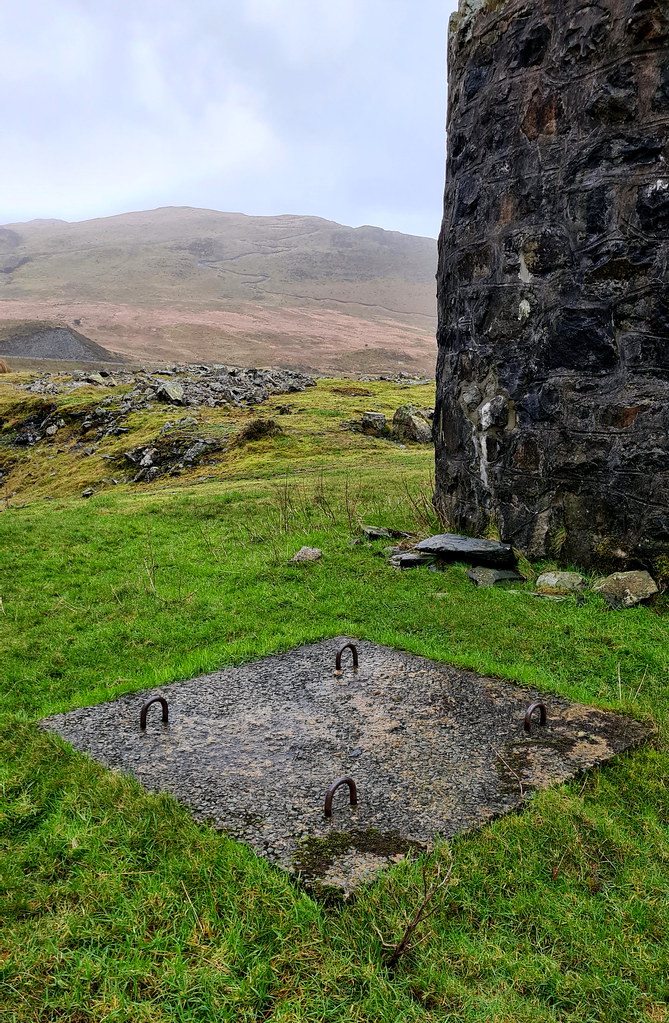 (B) Cloddfa Cribau slate mine
The two waste tips visible from the road looked hopefully initially. However, once I’d hiked up the service road there was little there apart from the tips themselves. From the looks of an 1880 O/S map they represented nothing more than a cluster of old slate quarries.

This was the only thing of interest I found: 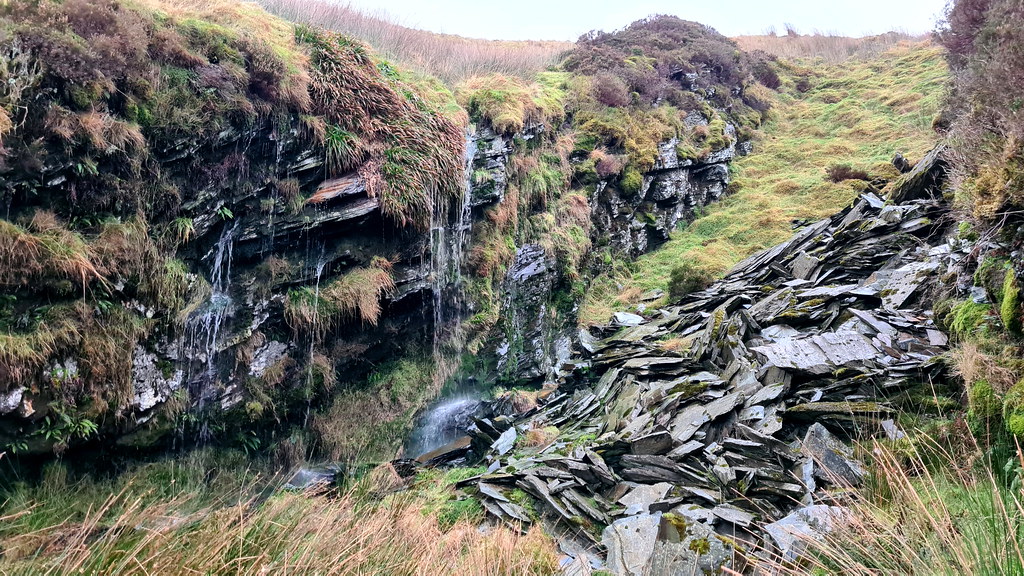 The view back down over the two waste tips over the A470: 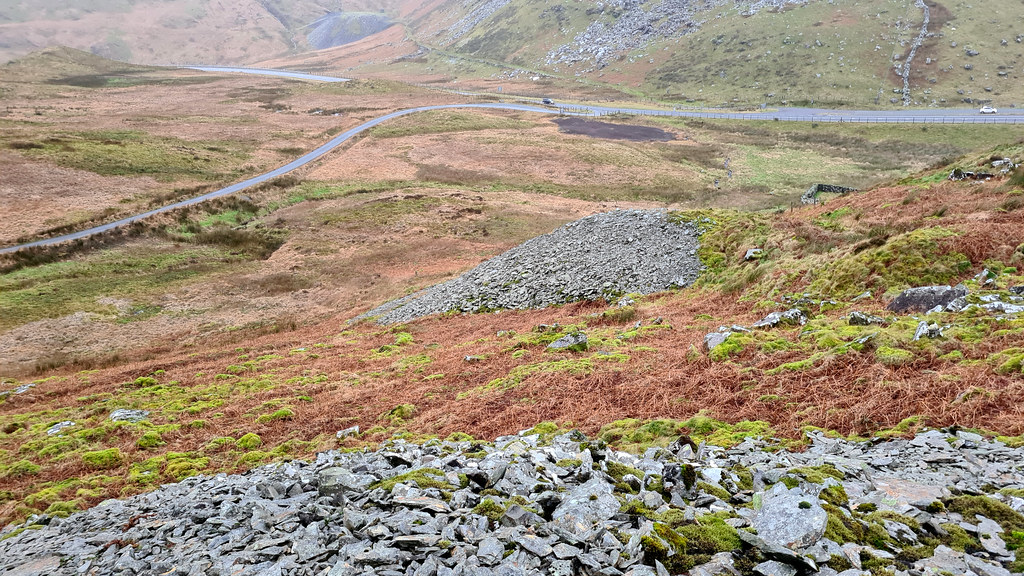 (c) Clogwyn Llwyd slate mine
This place looked more interesting. Behind a sizeable waste pile was situated a single adit. Sadly, as a learned earlier in the week, water levels are much higher in Winter, and having not packed my waders, most adits weren’t doable with just wellies. Shame as this looked like a nice little mine. 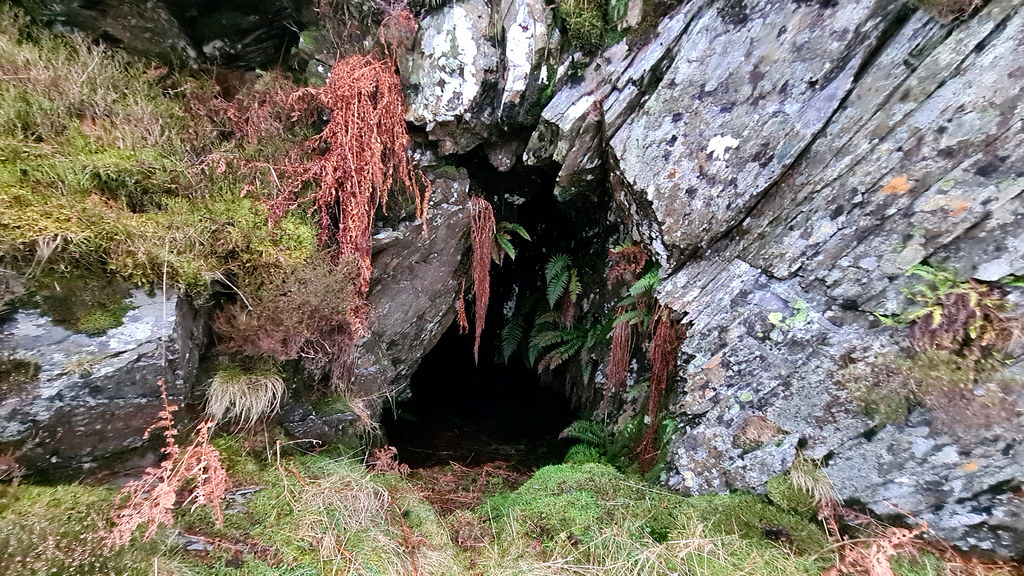 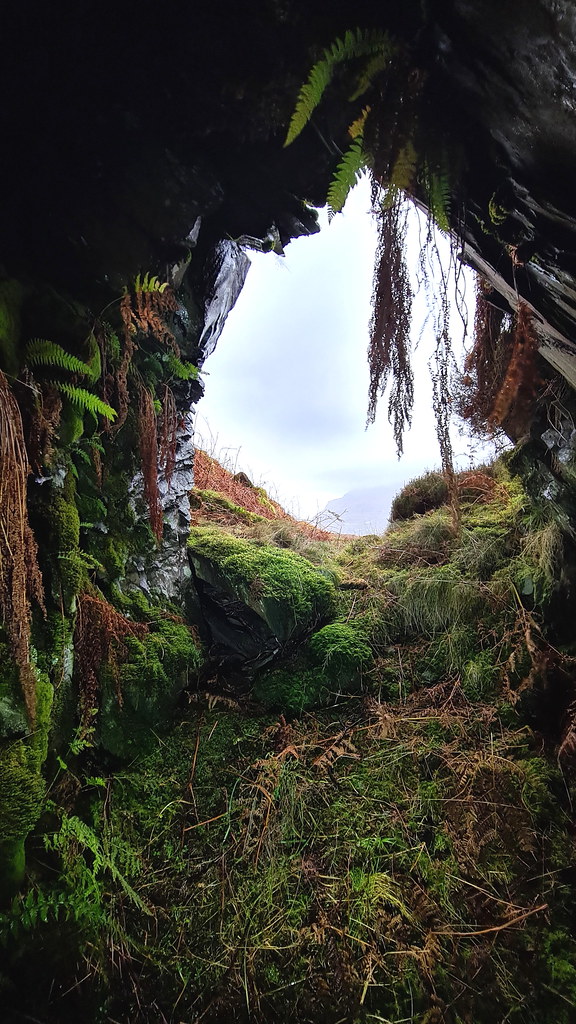 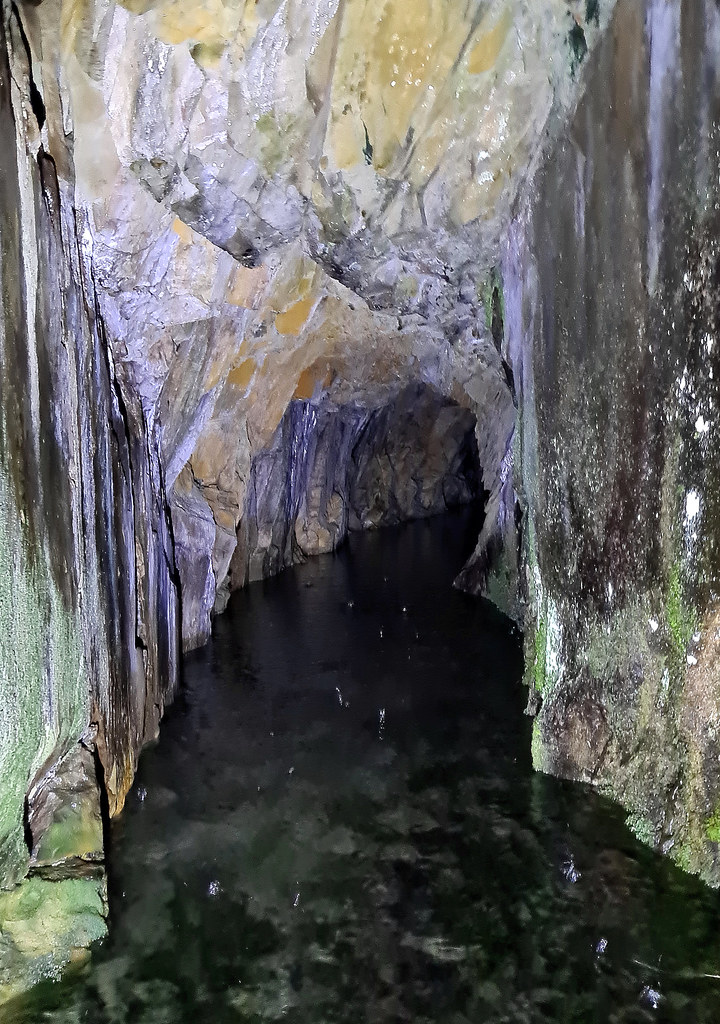 On the way back down, saw this strange patch of barren land. Once I got closer, I saw it was covered in what I thought initially to be the discarded horseshoes from Blaenau’s many pit-ponies. Subsequent research, however, has suggested they are a pile of old army boots, tipped by the US army boot repairing factory in Blaenau Market Hall during World War 2. 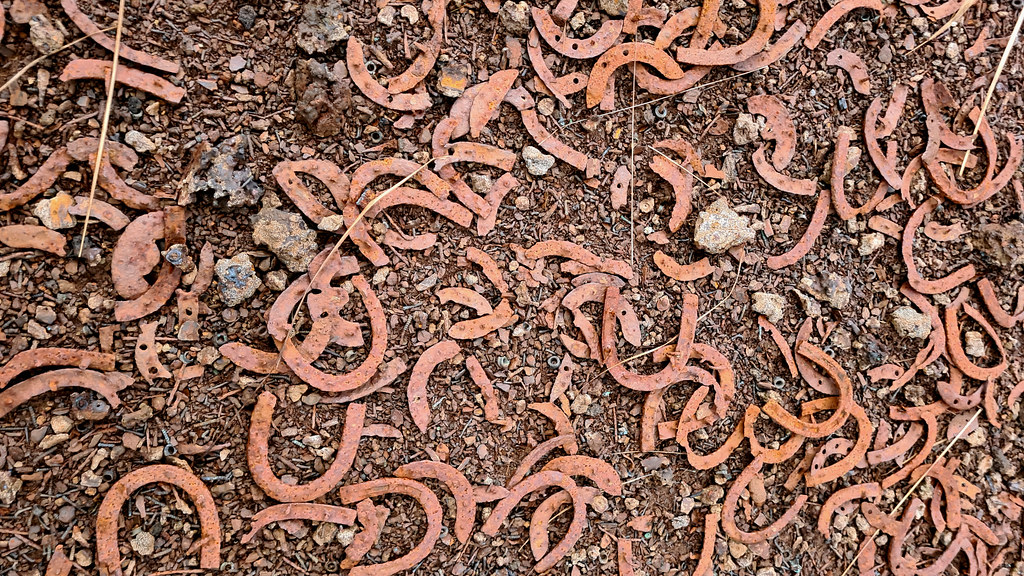 (D) Bwlch Gorddinian slate mine
Finally, was this promising looking adit I’d previously spotted from the road. Again, very little history on this place. In the end it turned out to be a short trial adit and apparently, up the hill above it somewhere was a more substantial adit which sadly I didn’t have time to look for.

View looking up to the waste tip: 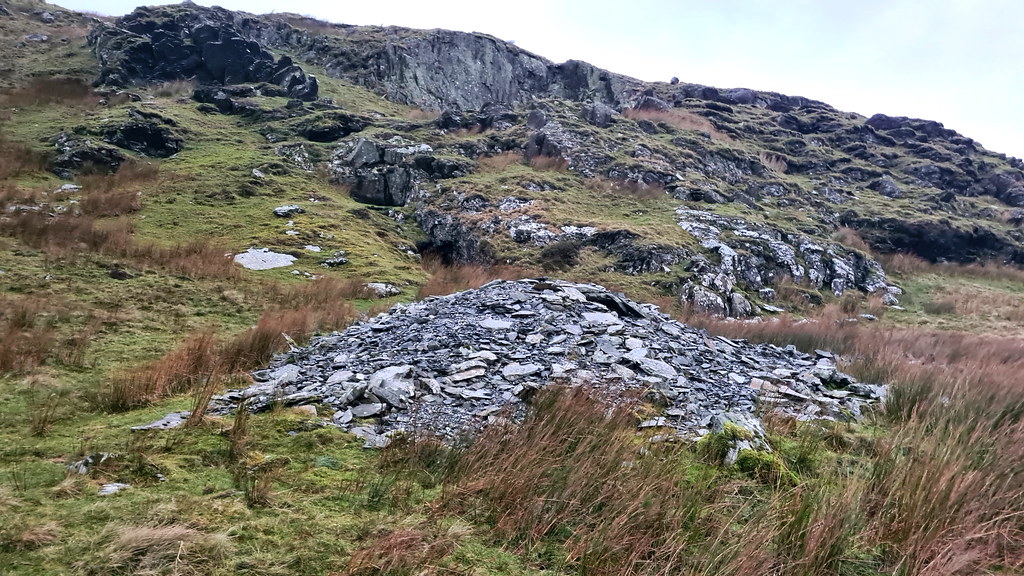 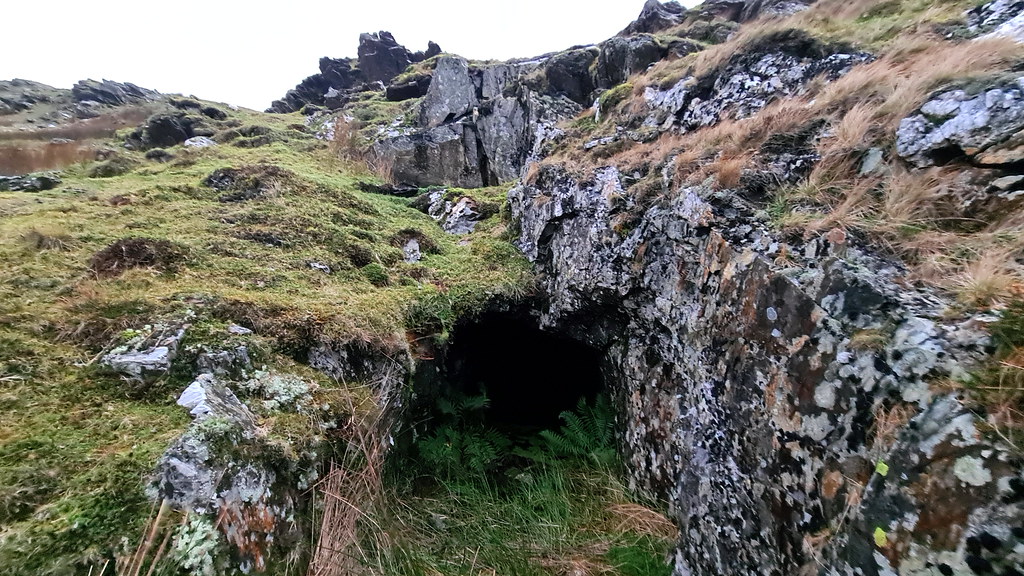 Looking back down to the A470: 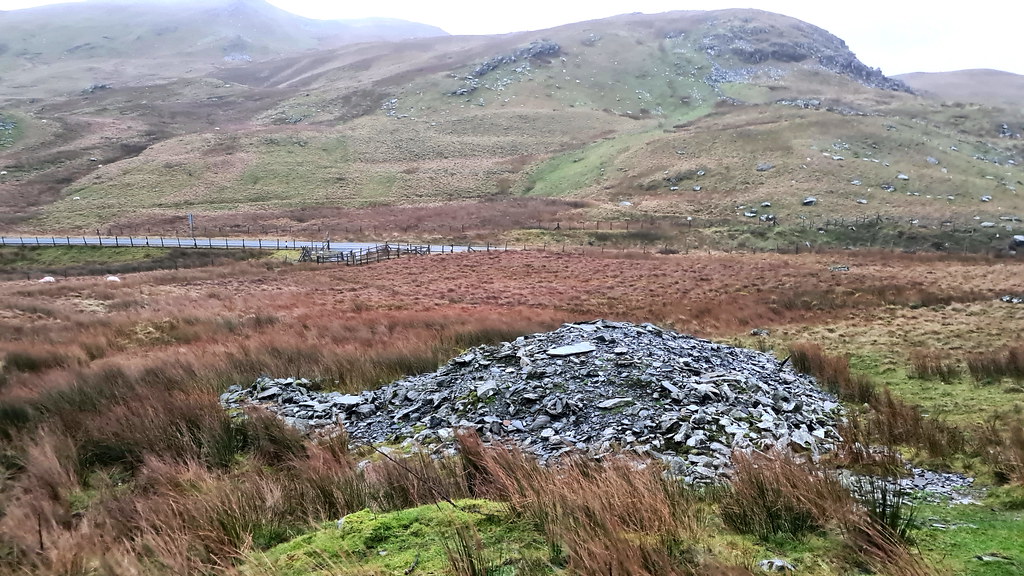 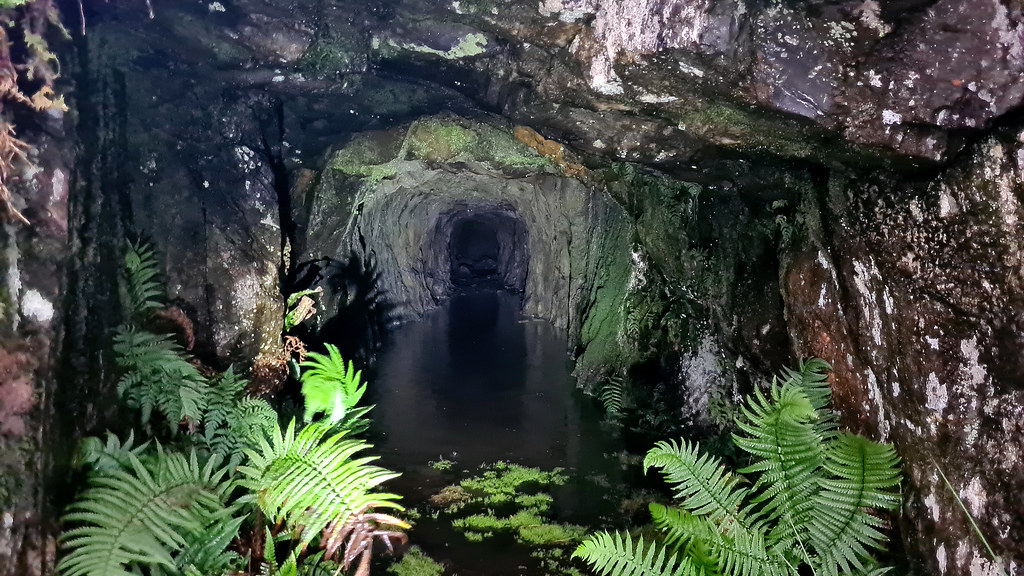 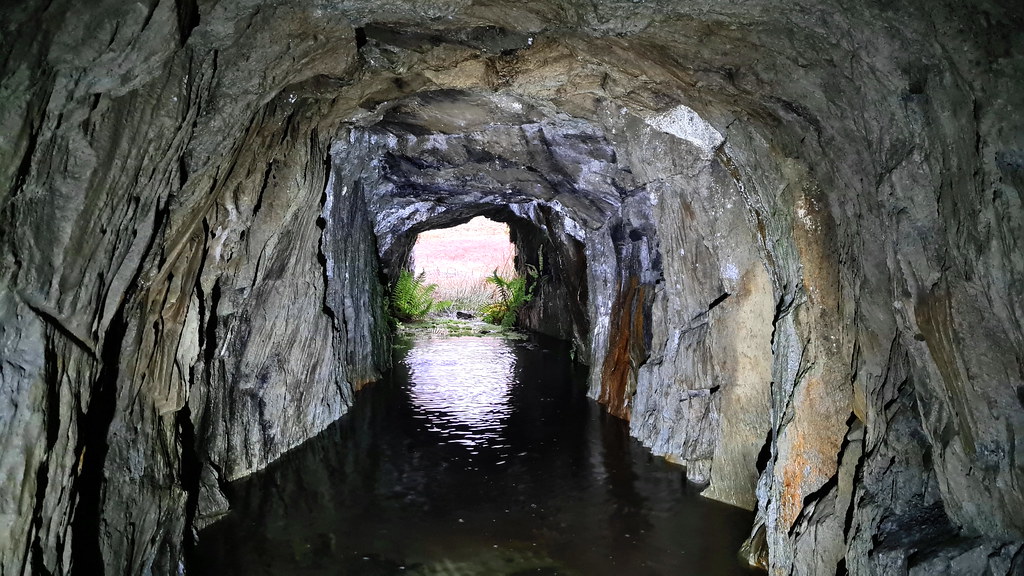 Then dries out before reaching a dead end: 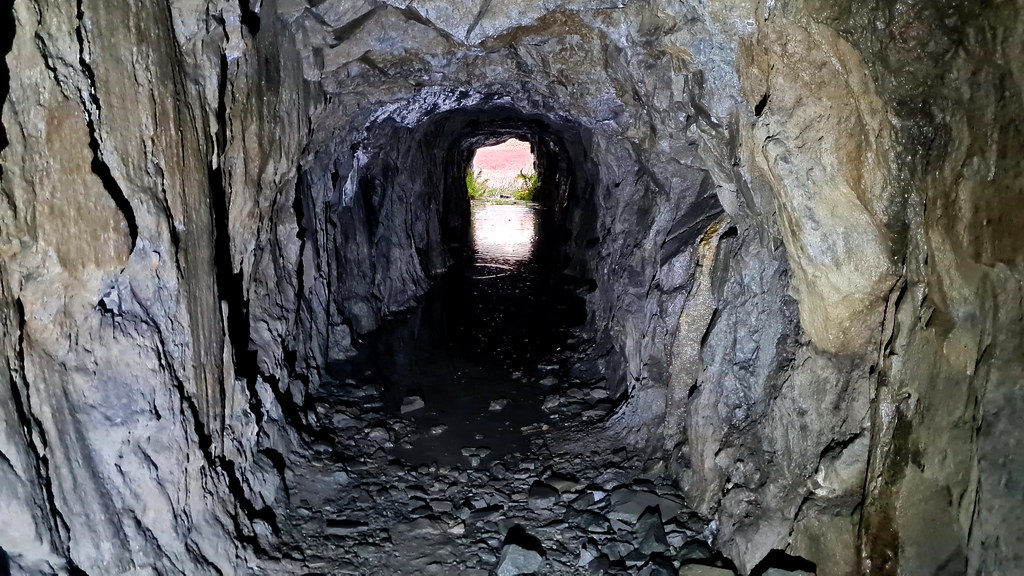 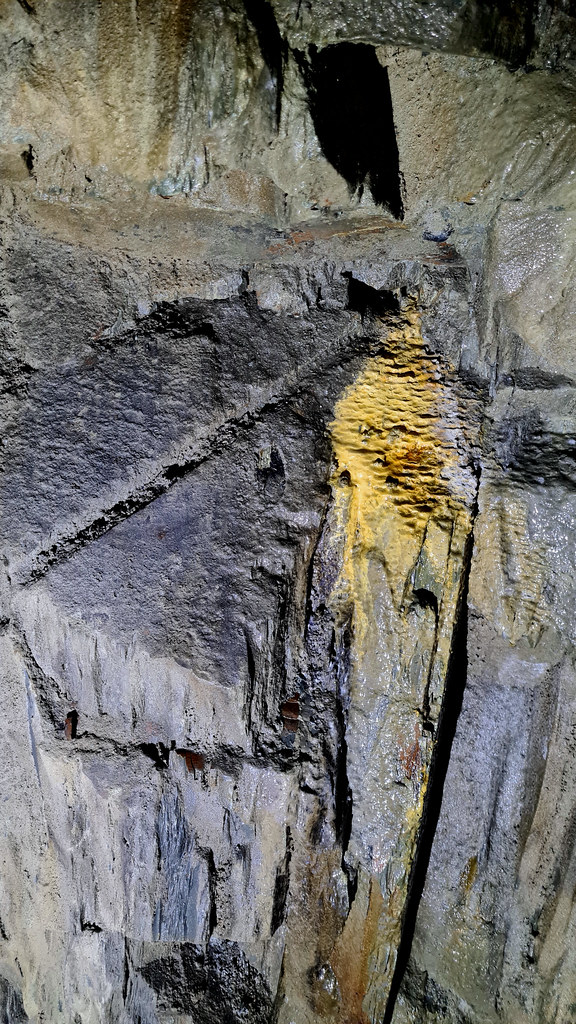 And a quick shot of the miner’s track above the A370 to the west that linked a number of the mines up in the Crimea valley: 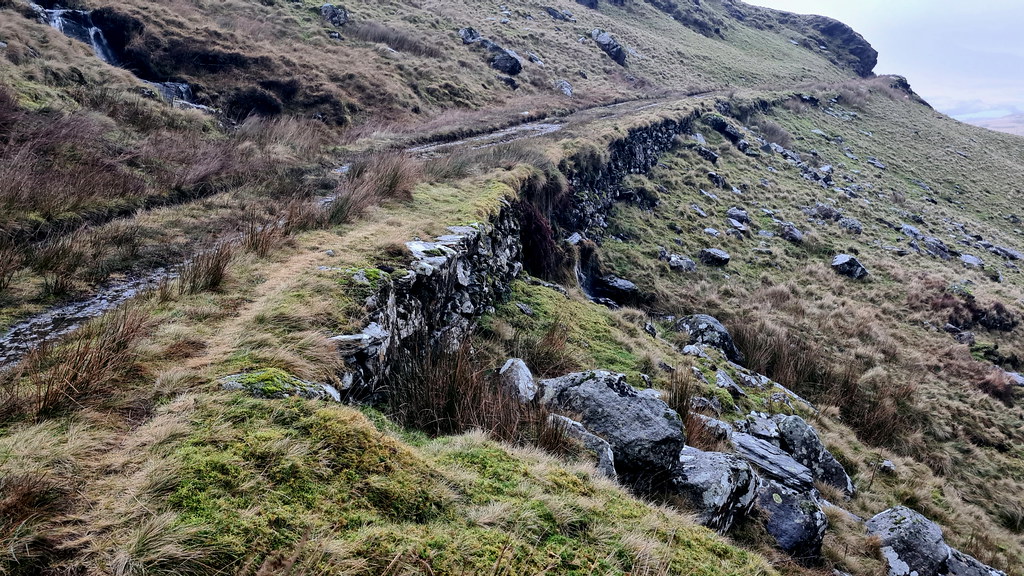 OK – that’s it for that one. Nothing too exciting but more interesting stuff to come!