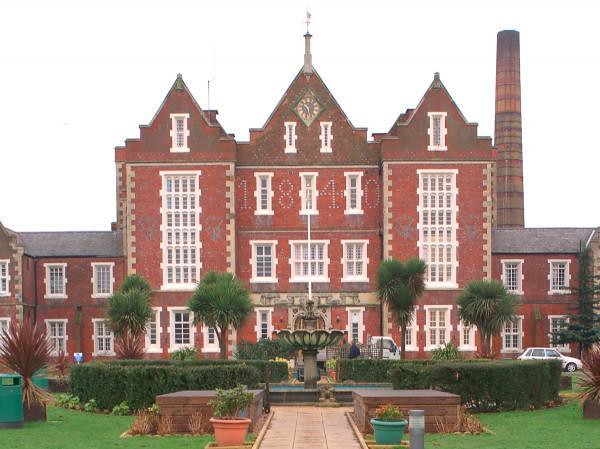 The hospital opened on 15 June 1841 as the Surrey County Pauper Lunatic Asylum. It received 299 patients, transferred from various private pauper asylums across Surrey. In the beginning, the asylum coped with every sort of clinical problem; specialist facilities developed gradually over time. The cottage hospital opened in 1872, and an infirmary block and operating theatre followed in 1881. Over the next 100 years, admission rates soared. Many were suffering the effects of poverty and alcoholism. And as more people moved away from agricultural life to city living, those with mental illness often became a burden their families could not support. In 1959, an act of parliament allowed the number of patients to be controlled and their needs matched to a specific type of treatment. From the 1960s onwards, the number of inpatients began to fall. This reflected changes in treatment, and changes in attitudes towards mental health. Springfield University Hospital remained open, but implemented changes. Now, there are fewer inpatient beds and the majority of services are provided in outpatient or community settings. 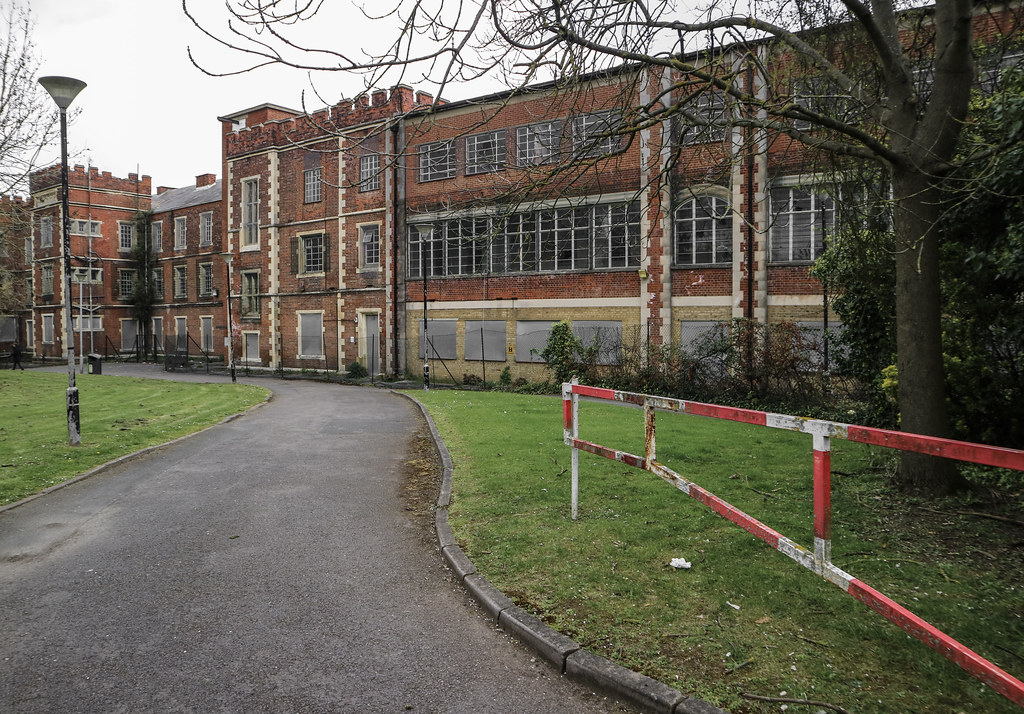 Arguably my favourite hospital I have ever explored. Myself and Reece first visited the complex due to helpful guidance from Olkka and his faithful ladder. Top man! Couldn't get in himself and leave the ladder upright and obvious for staff and passer-by's to walk past, so whilst we explored, he sat by a tree completing a crossword, aided by a pencil we found inside the building and threw to him. He even let us stay at his lovely place that evening, so I have to thank you again!

As for the internals of the structure, it was truly magnificent back then. The lack of attention it had received despite having public reports up from 2009 was unheard of these days, but allowed it to be naturally decaying and with many fascinating belongings left behind. The architecture, too, was classic asylum with the little glass arches above old doorways, tall corridors with no lack of daylight from imposing, detailed windows and a delightful dormitory hall with a arched wooden ceiling.

On our South England trip in 2020, it was a necessity to show an entirely new set of people the incredible hospital, now with new sections opened up with even more interest. This time, we were joined by @xplorer.x who I think had done it prior, KPUrban_, jtza, huyt.urb, DustySensorPhotography and Reece again. New defences, including PIRS on every door, alarmed scaffolding and a security response made it slightly trickier than before. However, especially with a large group so as the Summer sun lowered, myself and xplorer.x scouted out a route for the others, triggering an alarm unfortunately, therefore, having to wait out an initial response on the scaffolding covered roof, before the rest of the group joined us.

It was a little sad to see the tarps covering the windows meaning torchlight was required to see the interior beauty and the bay windows overlooking the gardens had been defeated, but the beds and items still remained inside. In addition, we progressed further into the more recently closed areas that still had power and a cleanliness about them. Myself and DustySensorPhotography went a little too far, almost having a close encounter with a worker before deciding that we were pushing our luck and left. 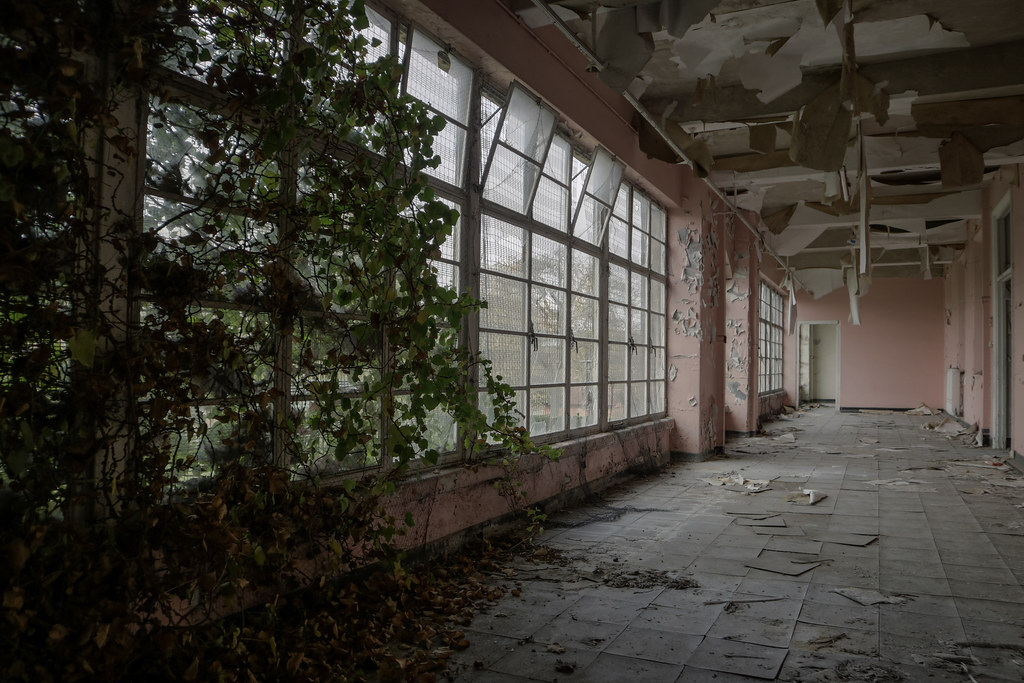 Starting with the iconic areas. 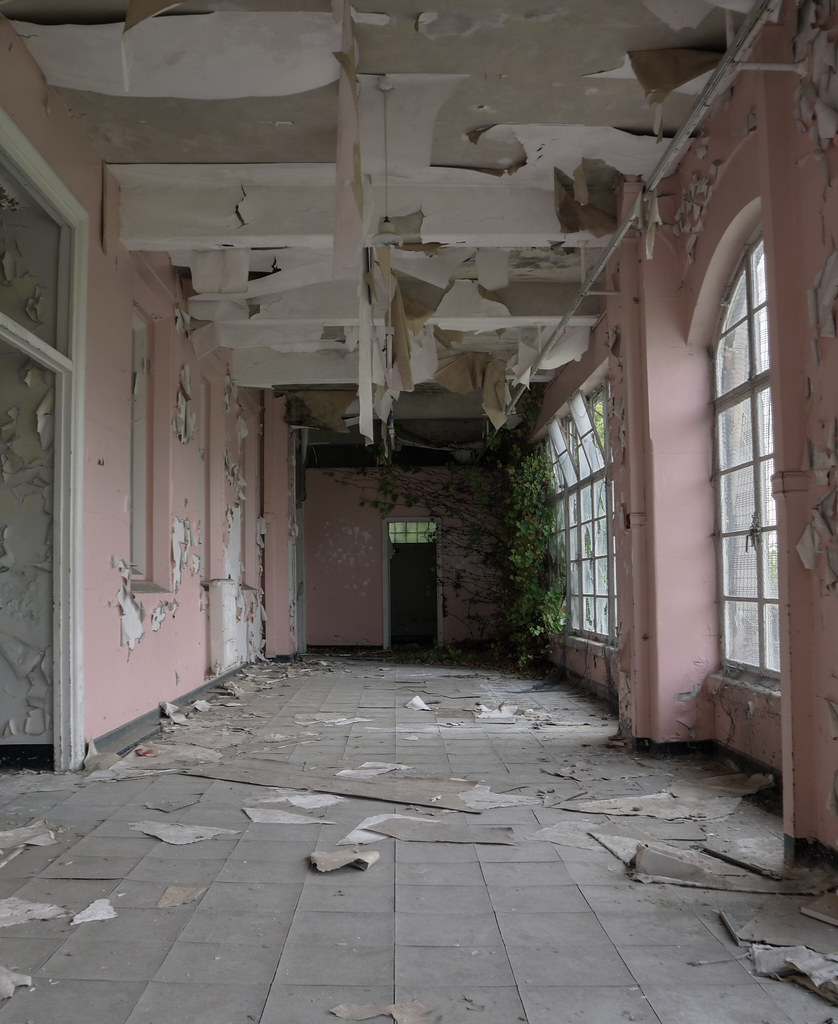 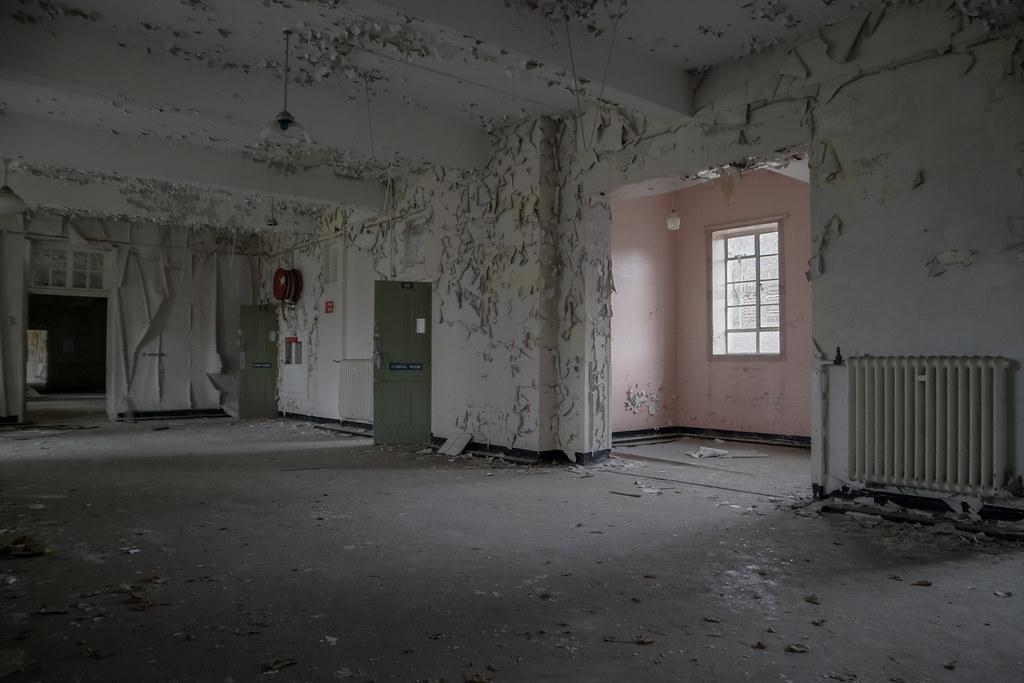 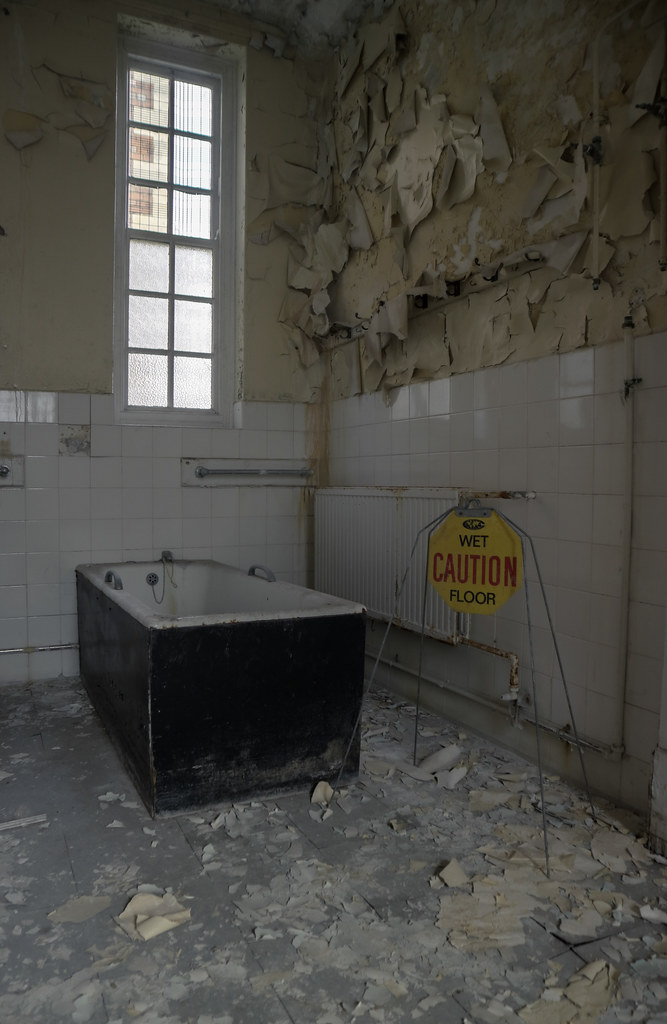 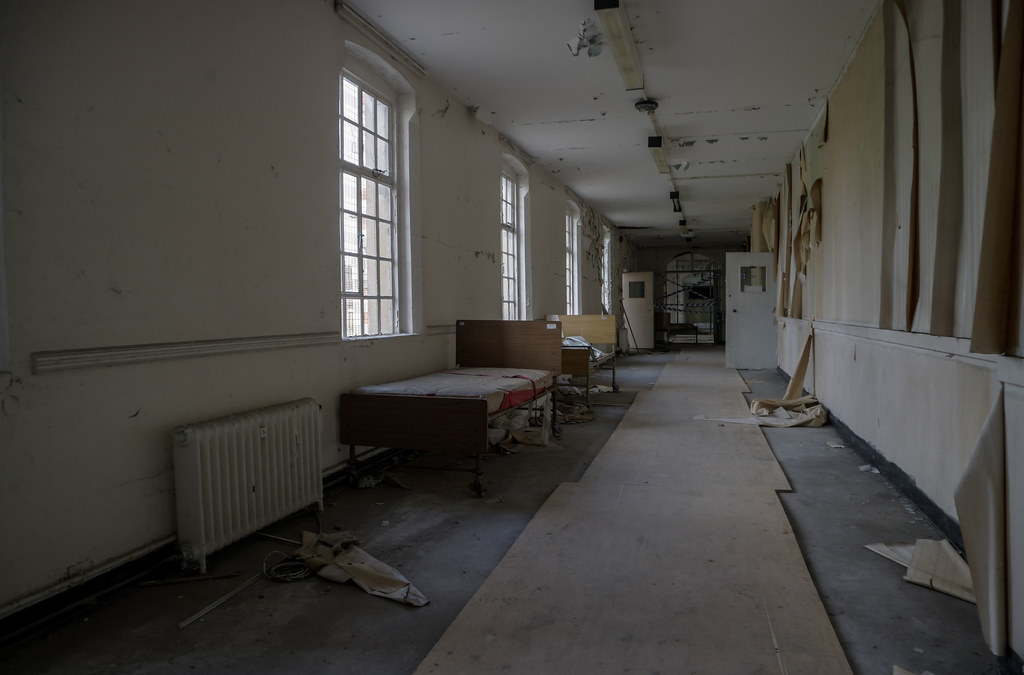 Beds dumped in the corridor. 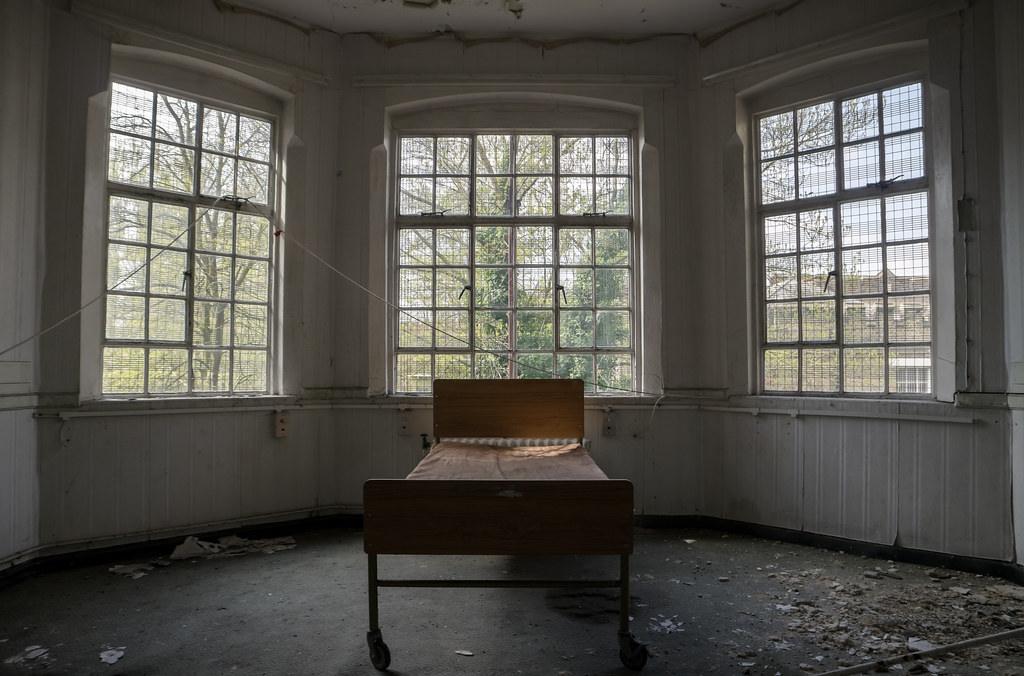 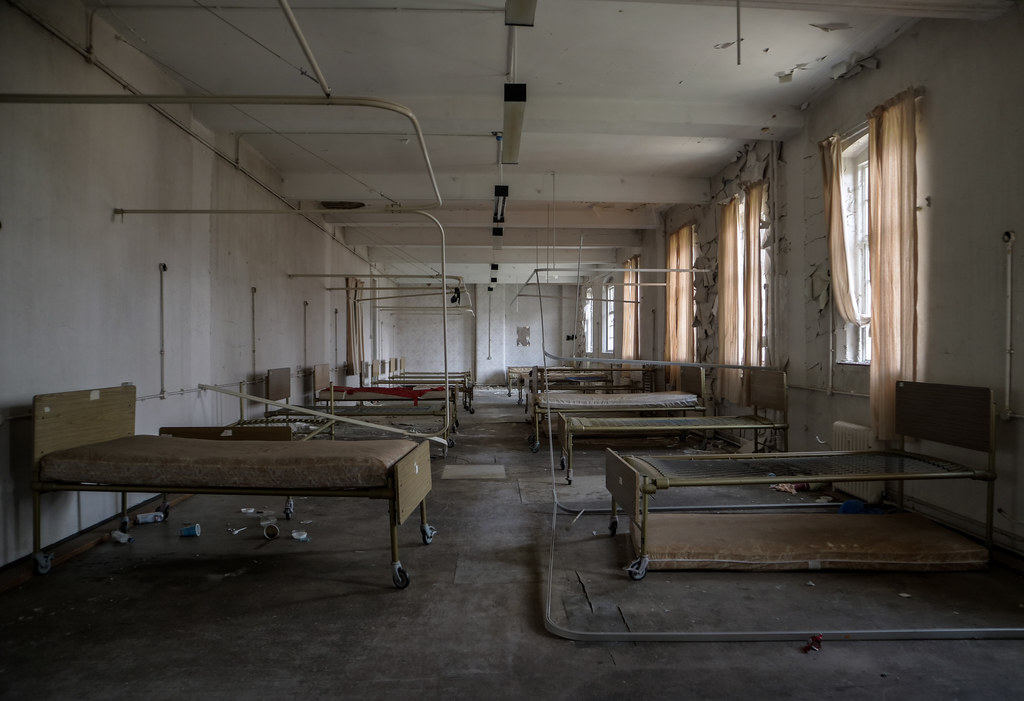 More beds in a ward. 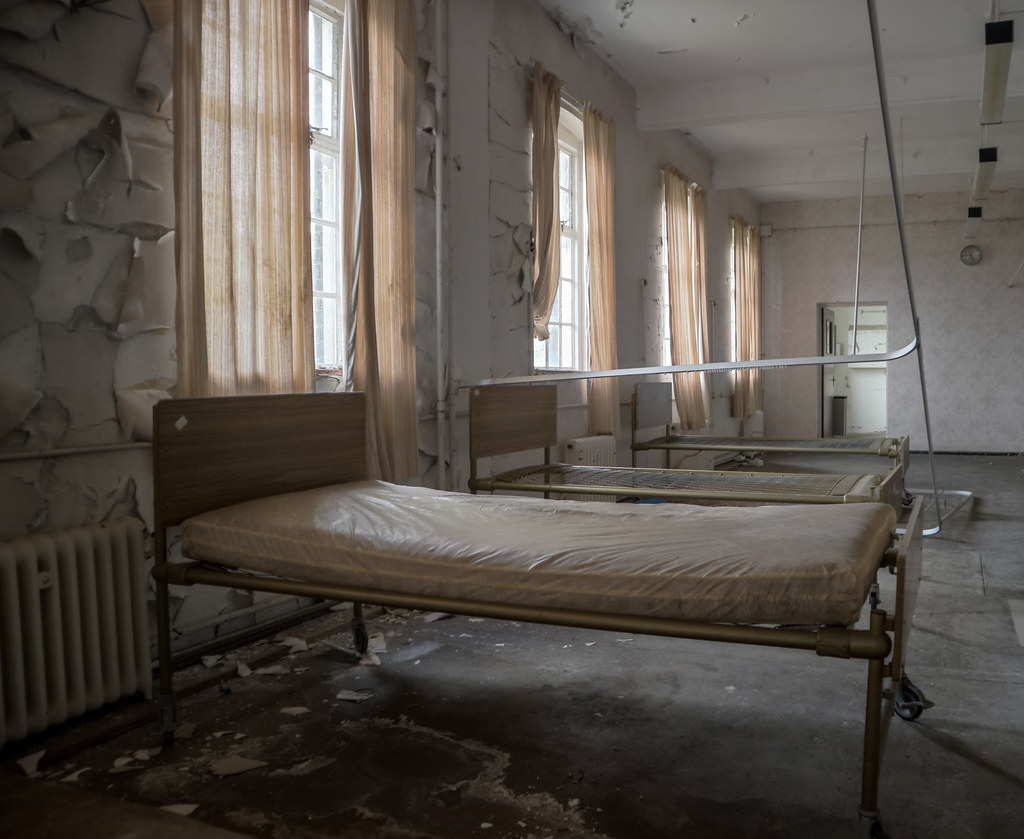 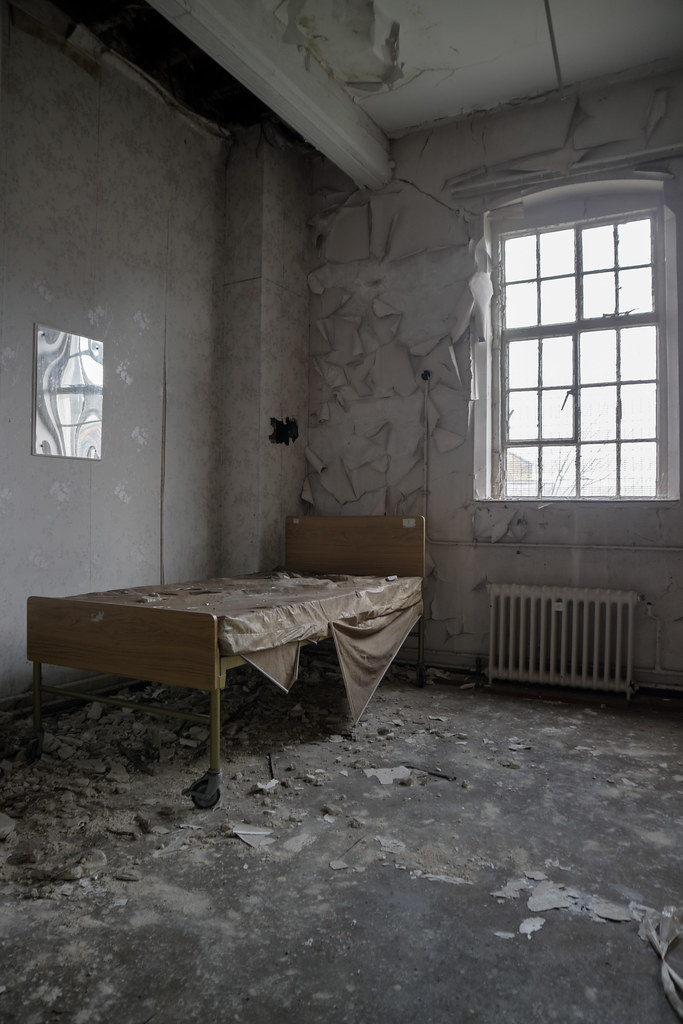 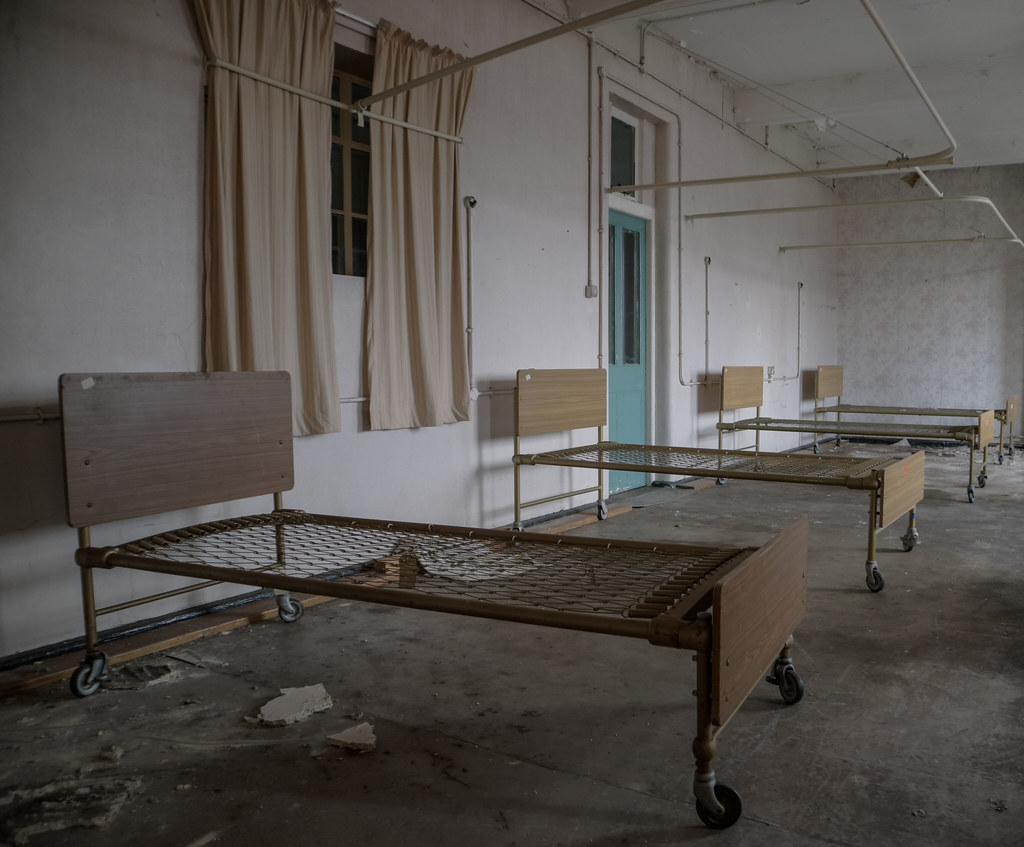 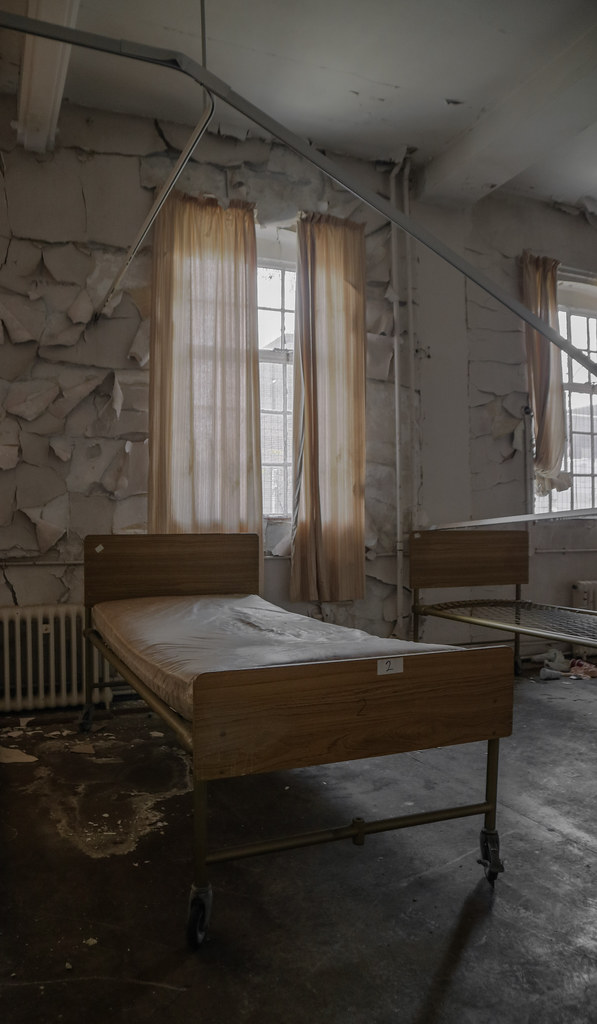 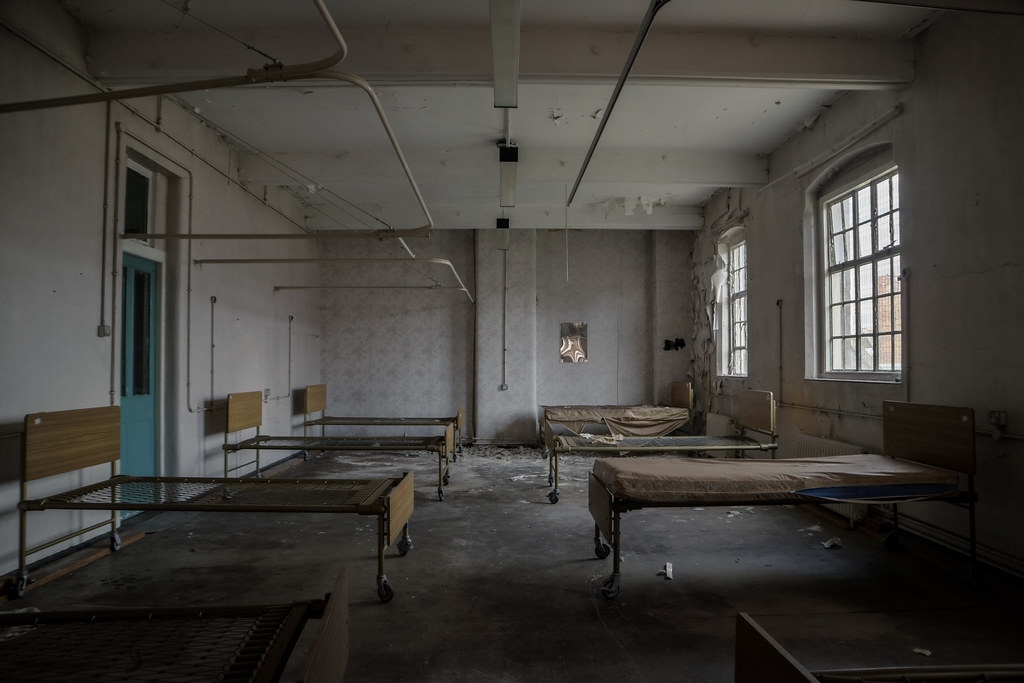 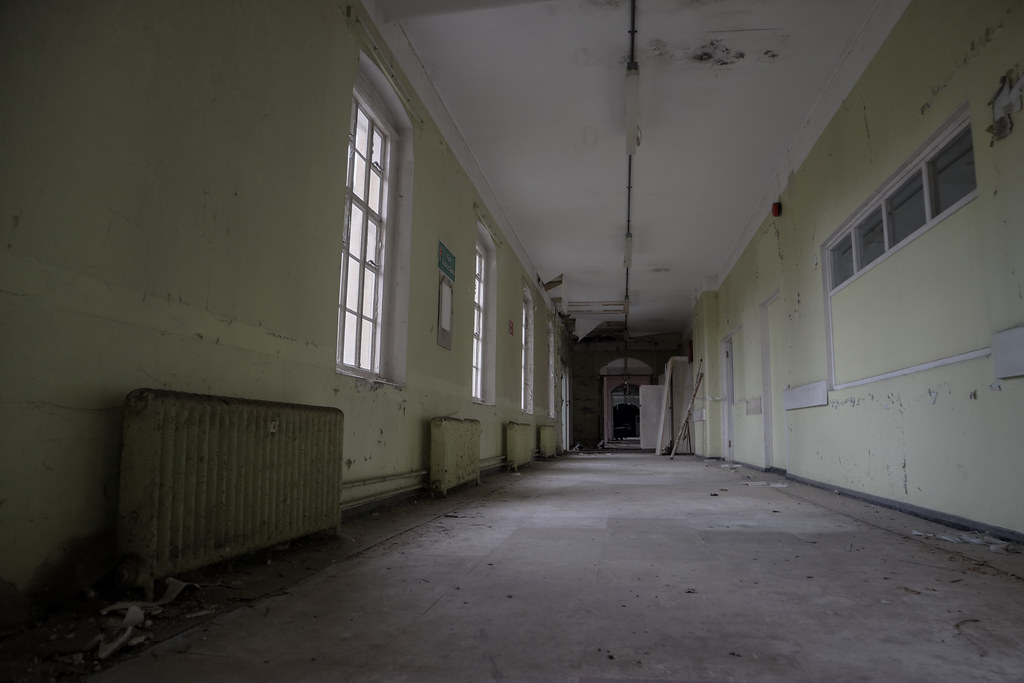 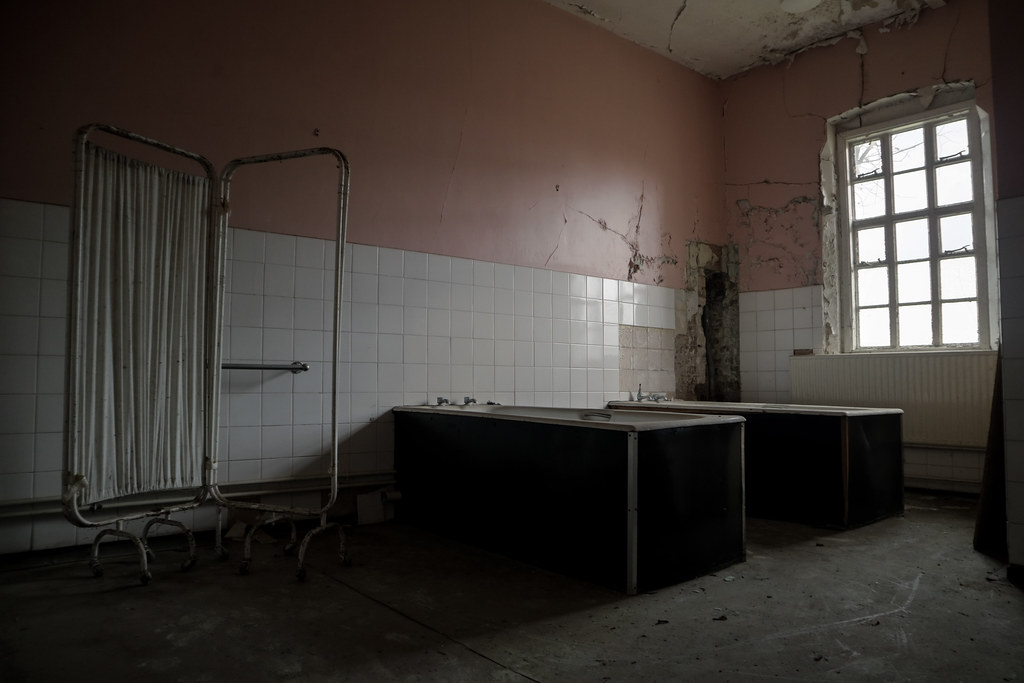 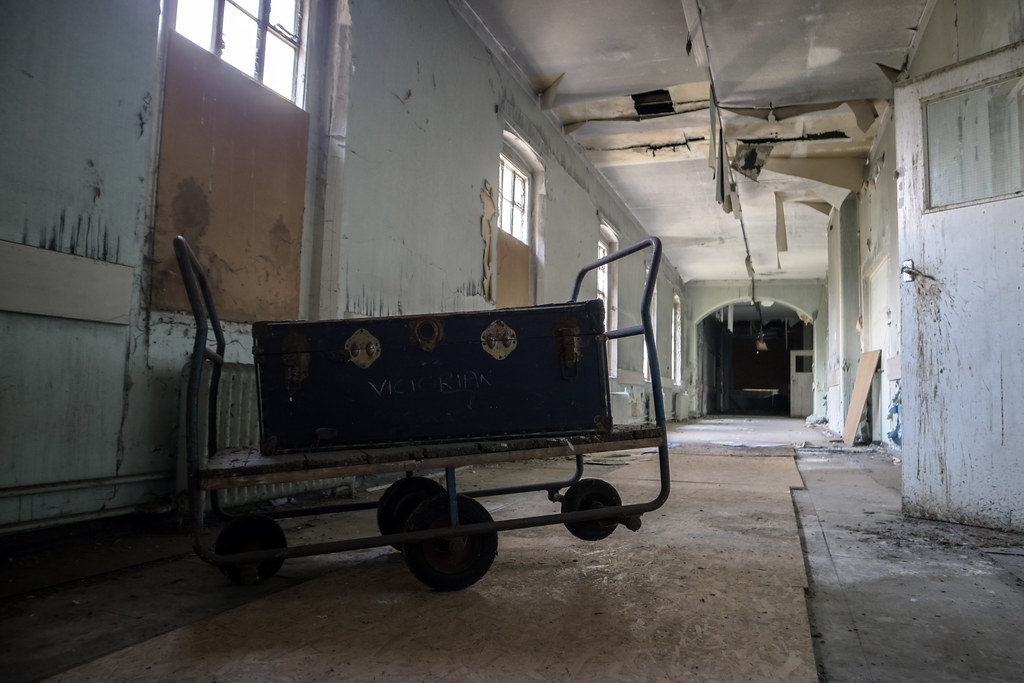 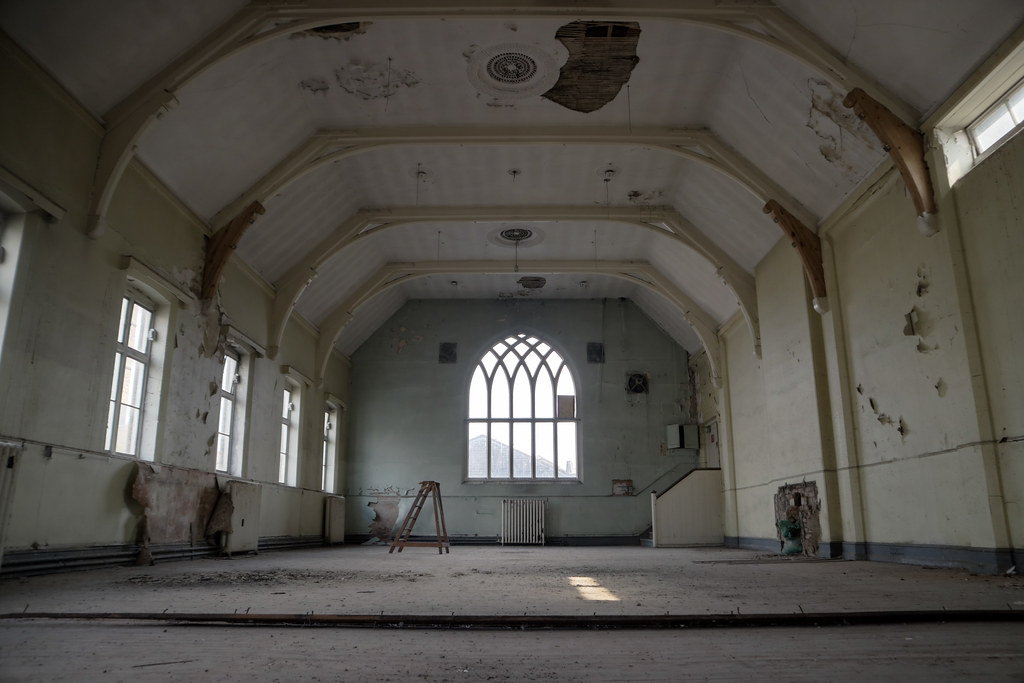 Inside the hall, which I believe is a dormitory. 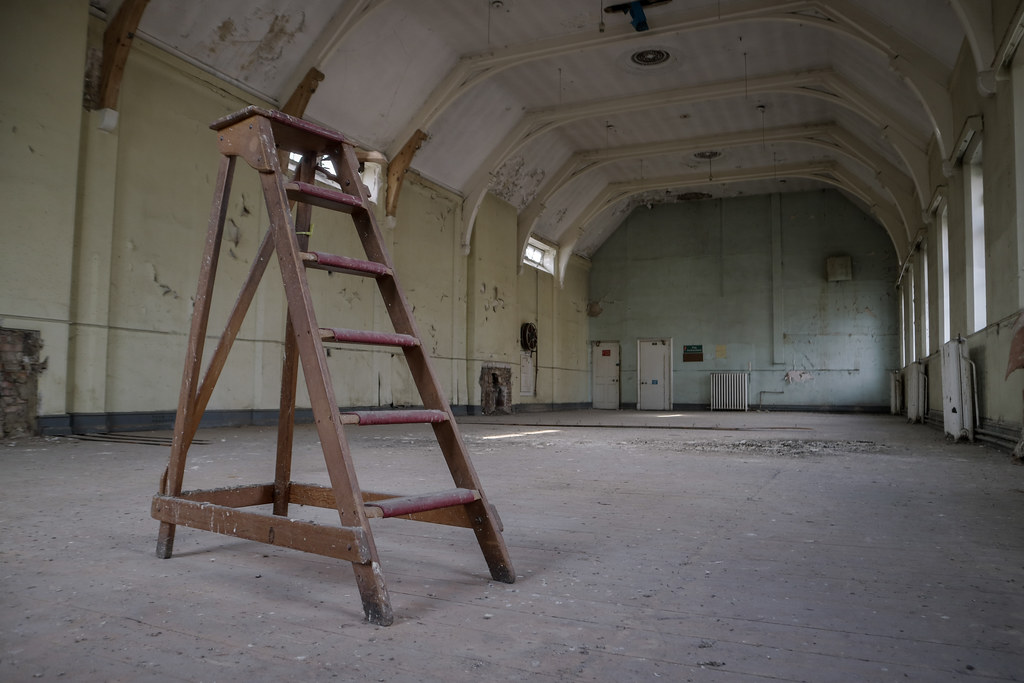 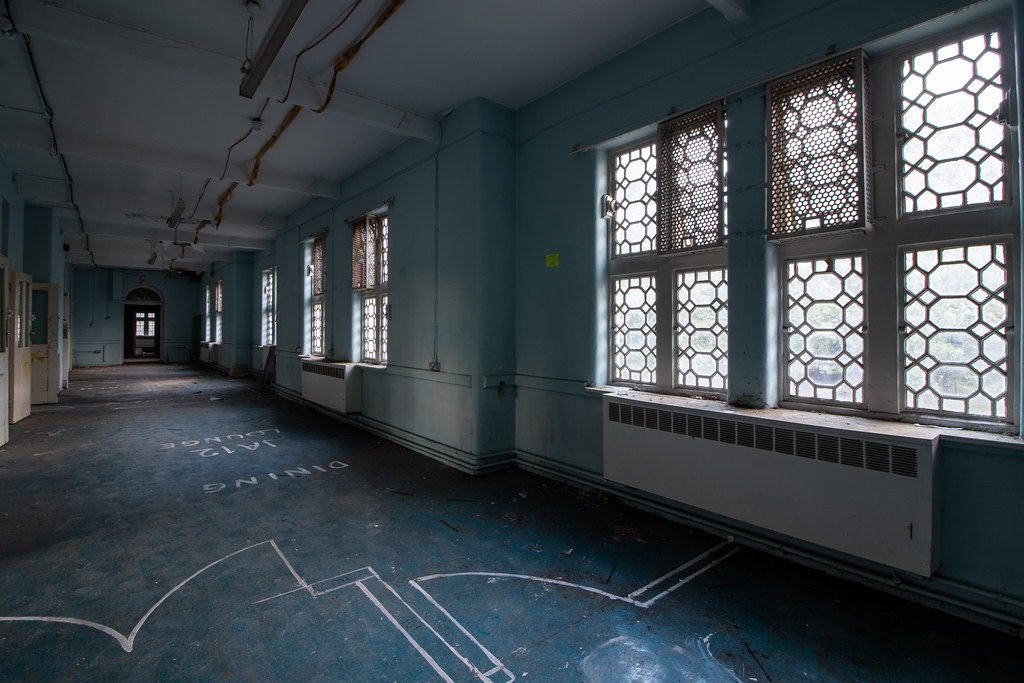 A few shots from the recently closed bit from 2020. 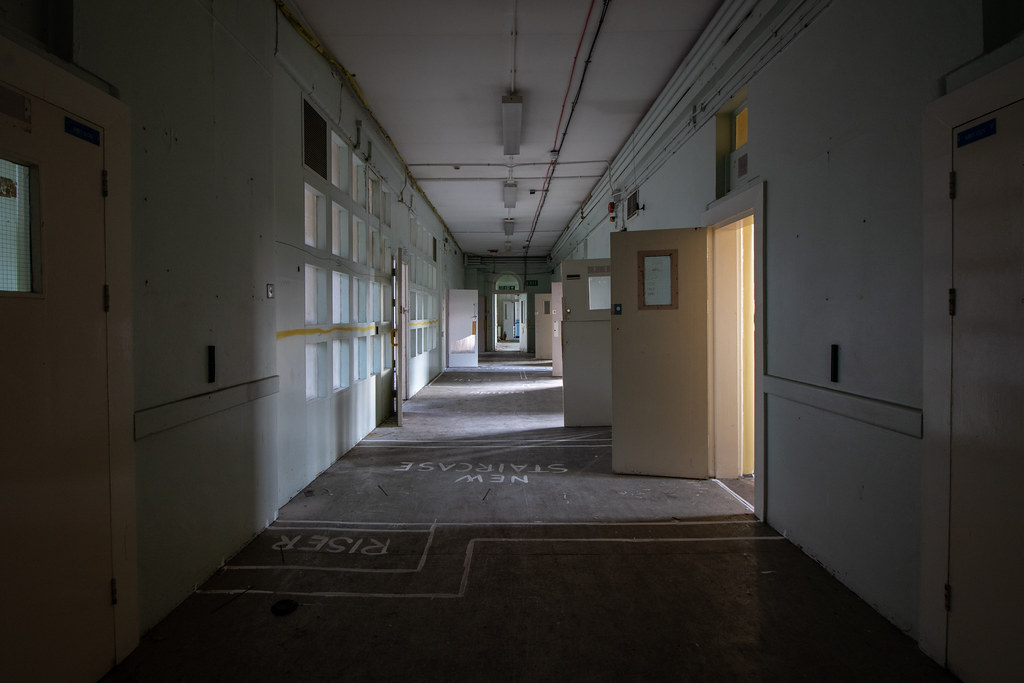 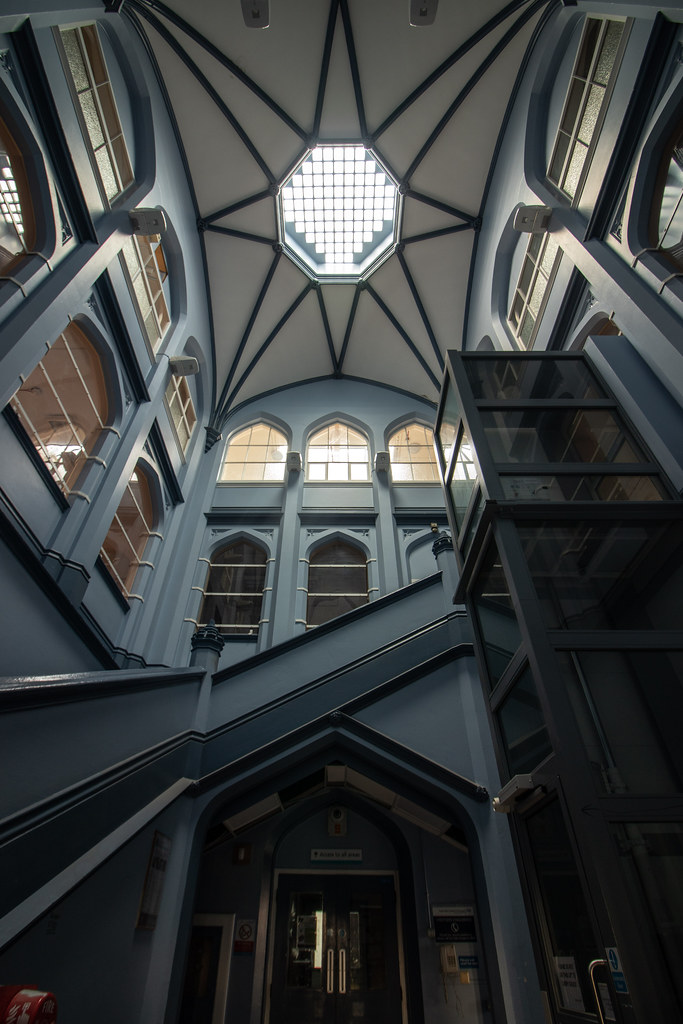 That's all for the photographs. Apologies that they aren't amazing - in Spring 2019, I tried to bracket for the first time so they're not the best. I quickly gave up due to laziness.

Here's the link to our documentary styled video we filmed at the abandoned hospital over two years. It covers the property's past, present and future through cinematics and narration: