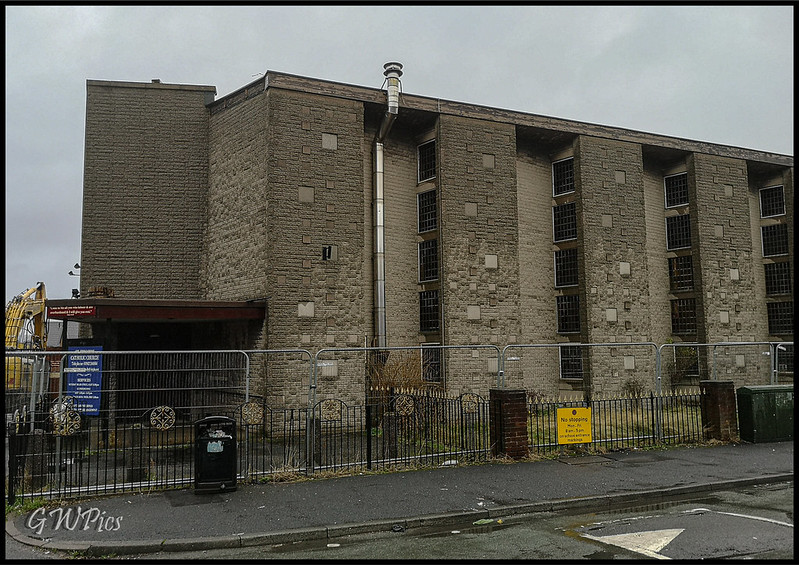 Yes this is / was a church despite its brutalist architecture.
St Edwards Catholic church in Newton was built in 1964 for £44,000, replacing the previous place of worship which was a converted public house.
Built with staggered side elevations to a ‘saw-tooth’ plan with large stained glass windows and an adjoining presbytery. The church suffered fire damage to the narthex and gallery areas in 2002 and were rebuilt featuring a new stained glass window with St George’s flag worked into the design. 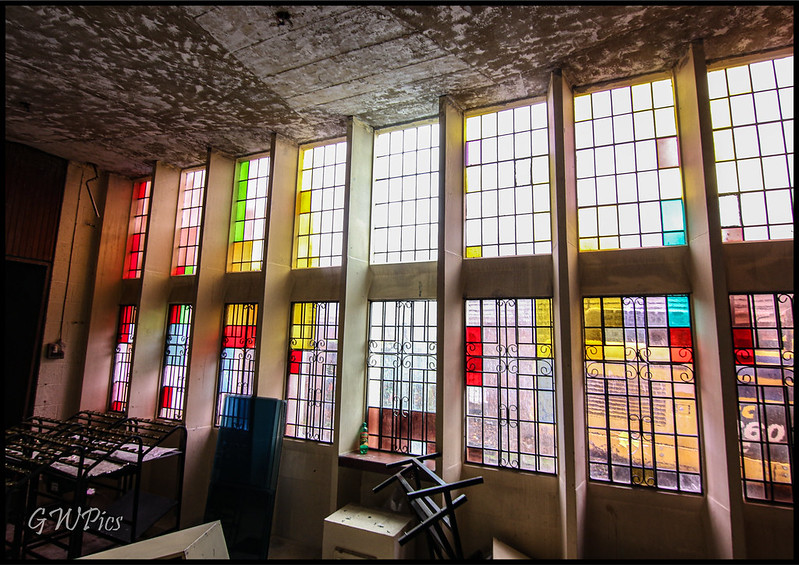 Services were last held at the contrasting buildings – the first a modern concrete structure, the other a more traditional red-brick building – in late 2017 after a major reorganisation.
A letter from the archbishop Malcolm McMahon was read to churchgoers at Mass about the closures, provoking anger and accusations of “betrayal” among congregations whose buildings were to be shut. 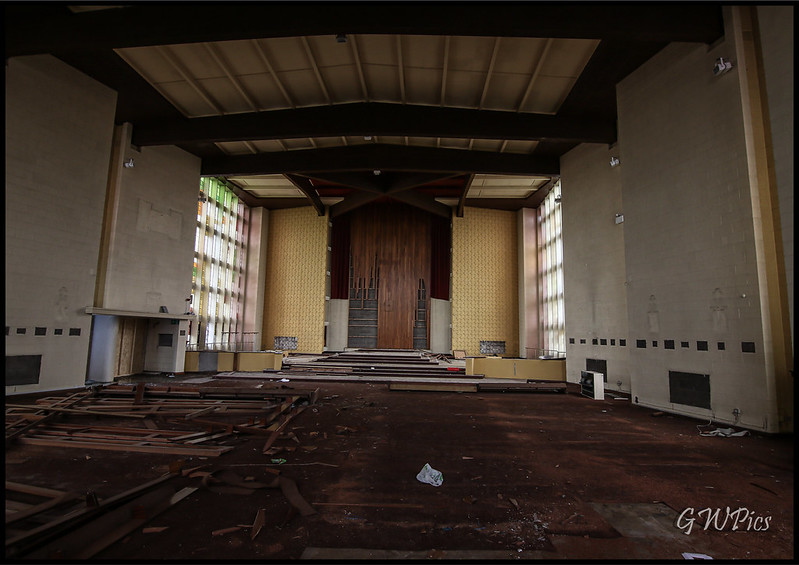 Really poor report this one, we arrived here by chance mid demo & only had minuets in here we figured after the angry locals shouts of "what are u 2 up to?" so this is all I have, but there wasnt much left to see anyway to be honest! 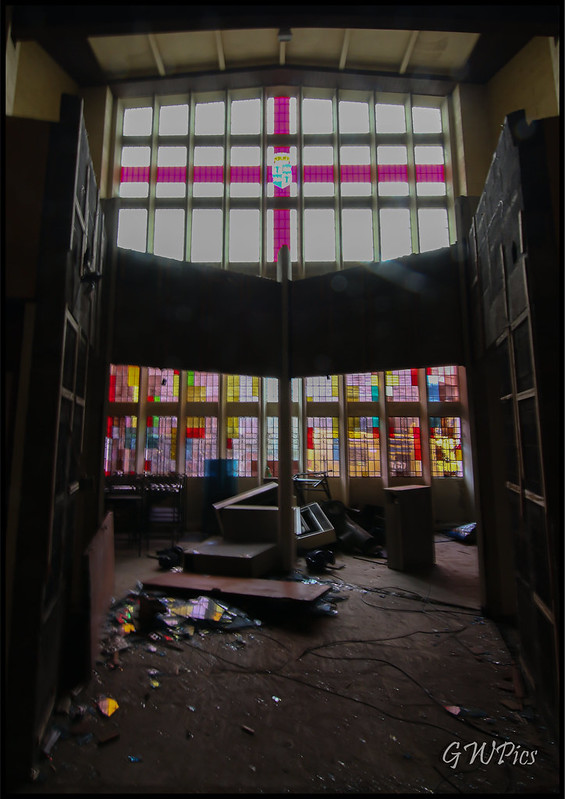 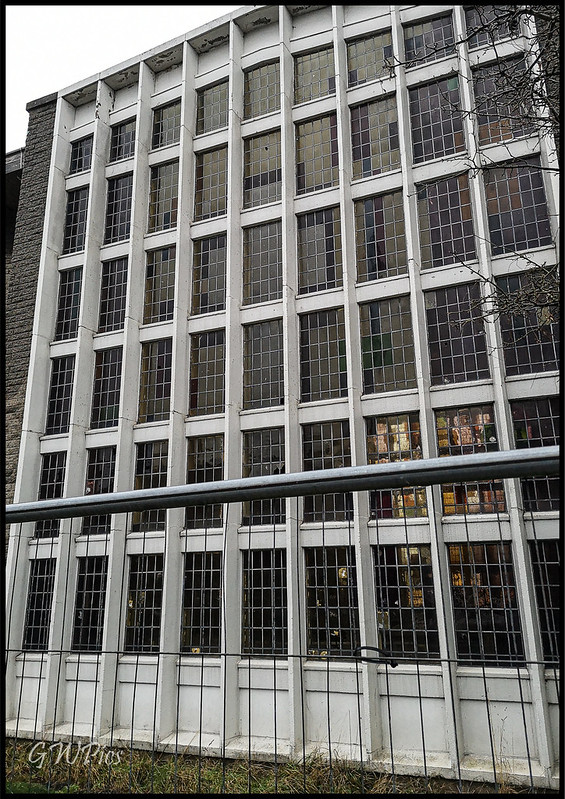 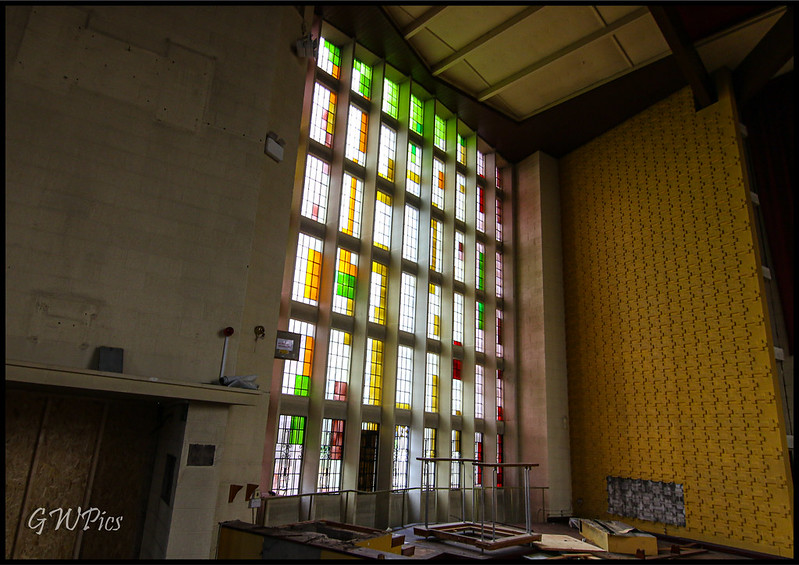 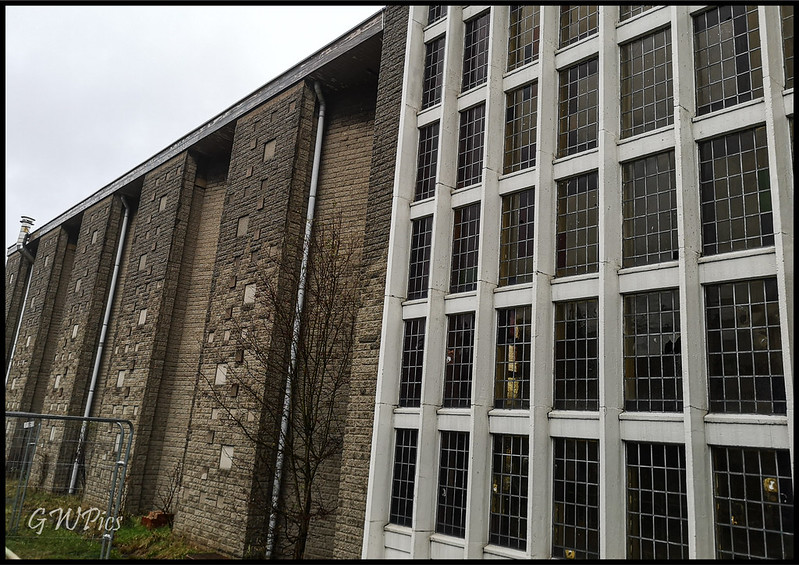 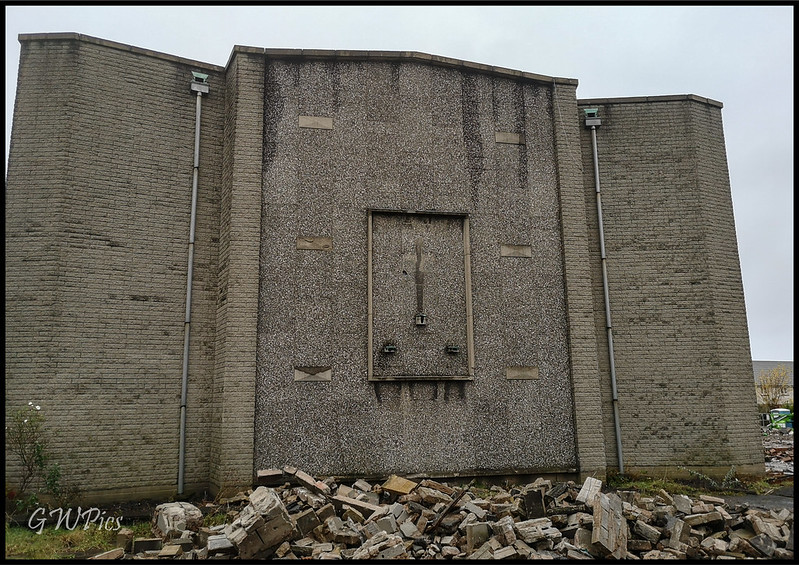 Those windows are beautiful!
H

Stealthstar79 said:
Those windows are beautiful!
Click to expand...

"Beauty is in the mind of the beholder". They remind me of a modern South American cathedral I once saw. Plenty of stained glass, but it left me cold.

Stealthstar79 said:
Those windows are beautiful!
Click to expand...

I like em too, shame they were not saved they could of been sold Im sure