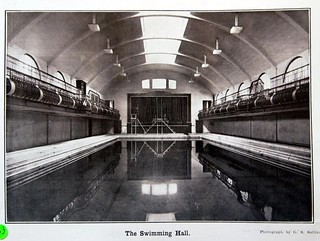 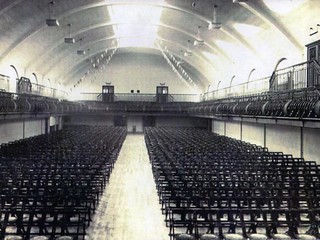 On the right - the baths in it's theatre period.

The leisure facility was opened on 9th June 1932, costing £10,000 to build and equip with swimming, slipper, Turkish and Russian baths. The pool was the first in England to be fitted with underwater lighting that would hope to prevent accidents, with 24 electrical lights lights along the sides. Unlike most swimming baths of the time, the changing facilities weren't around the pool but in separate areas near the entrance hall. During the Winter months, the pool was replaced with a maple floor allowing performances and film screenings to go ahead. A projection room (although empty) can be accessed on one side of the pool. Consequently, the baths was used as a venue for many performers including the Beatles in the 1960s, who charged £40 for their show. Due to structural concerns, the baths was closed in 2013 and is awaiting a buyer. 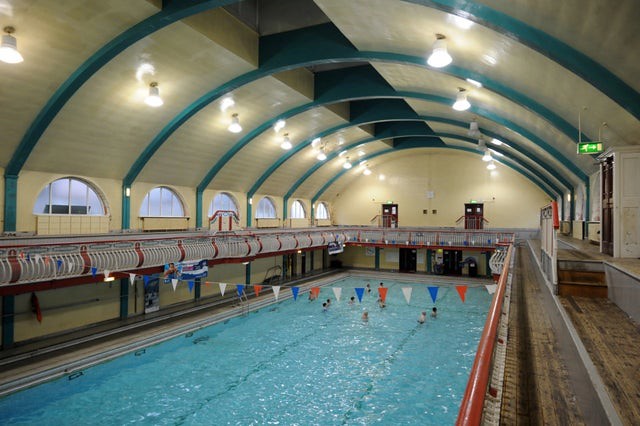 A colour photo of the pool.

Although it was pitch black inside and torches were running low, it was an interesting place with various pieces of rare architecture from different times. Plus, a rope swing had been crafted in the pool which was a nice addition. 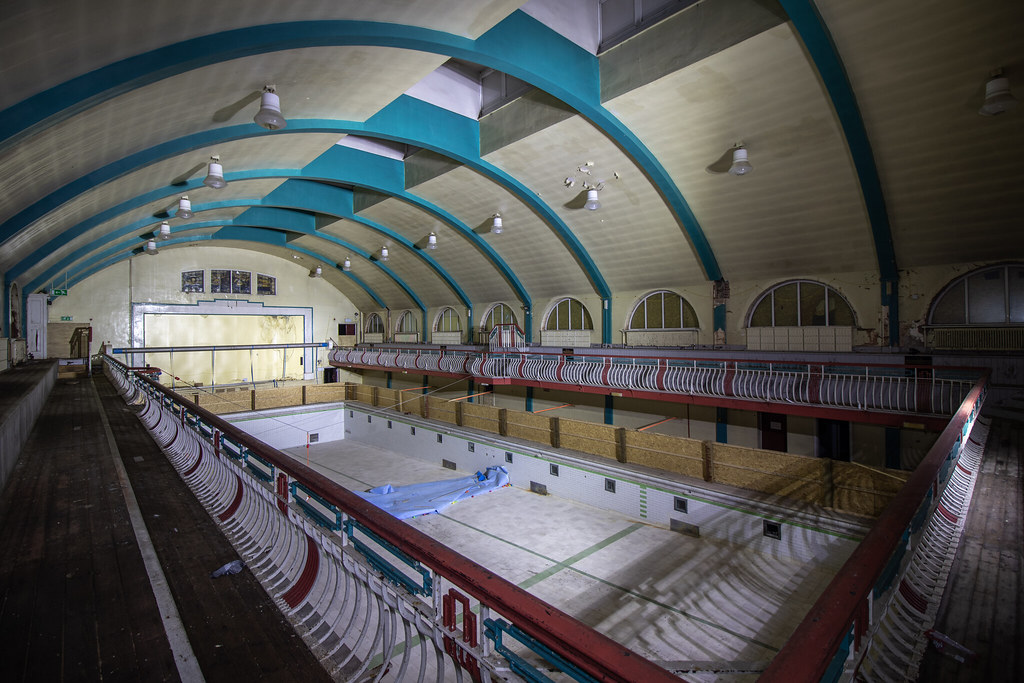 The main hall from the balcony. 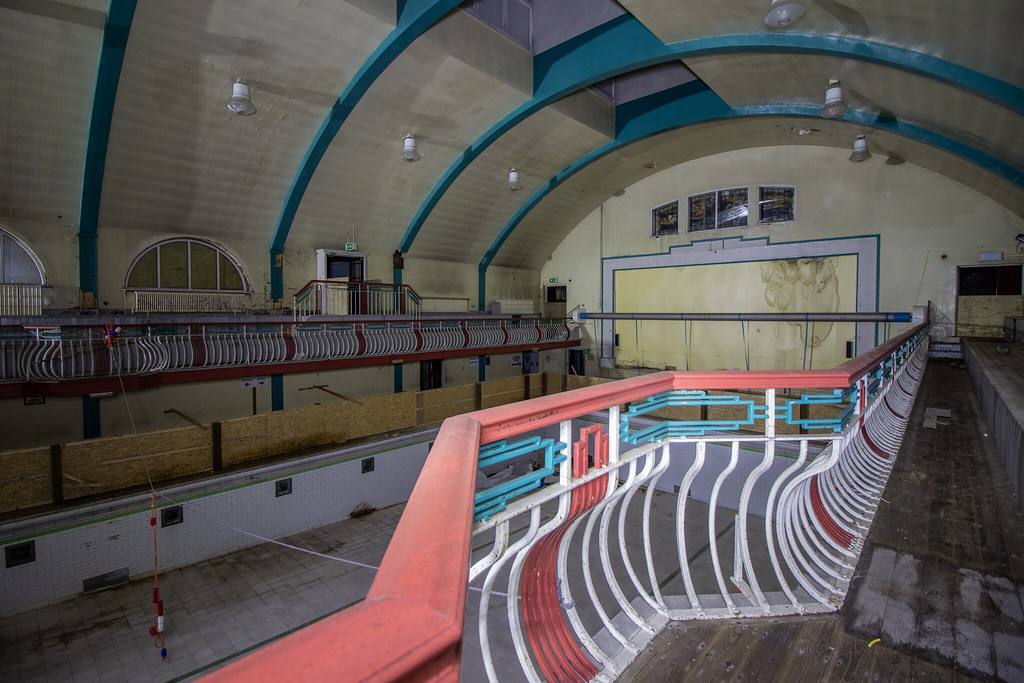 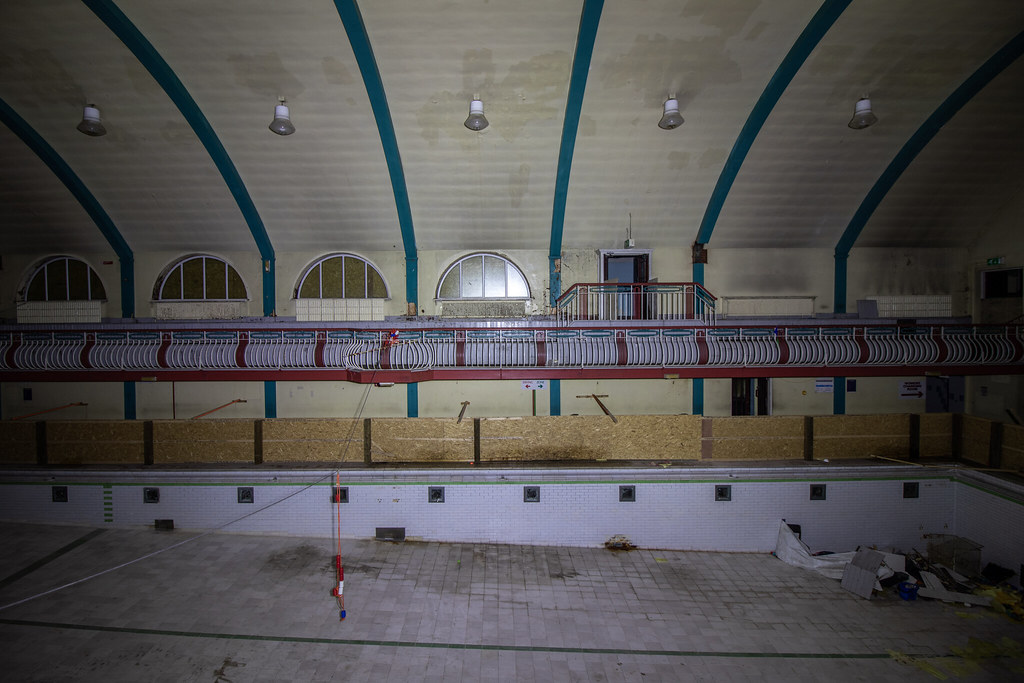 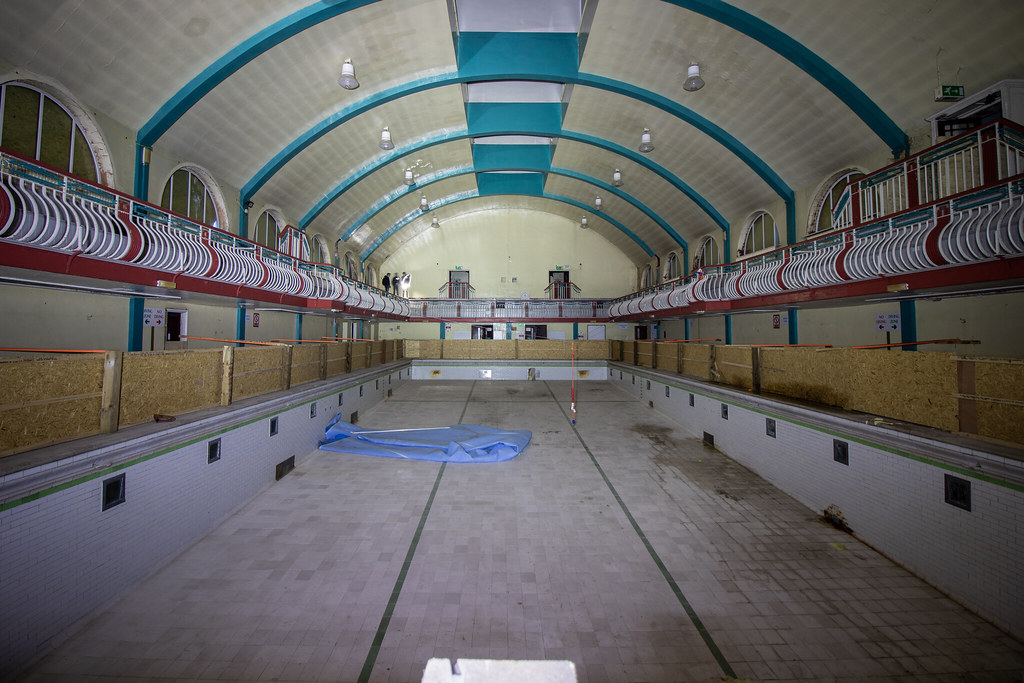 Looking back to the projector room side of the pool. Didn't get a shot of the room itself but it was totally bare. 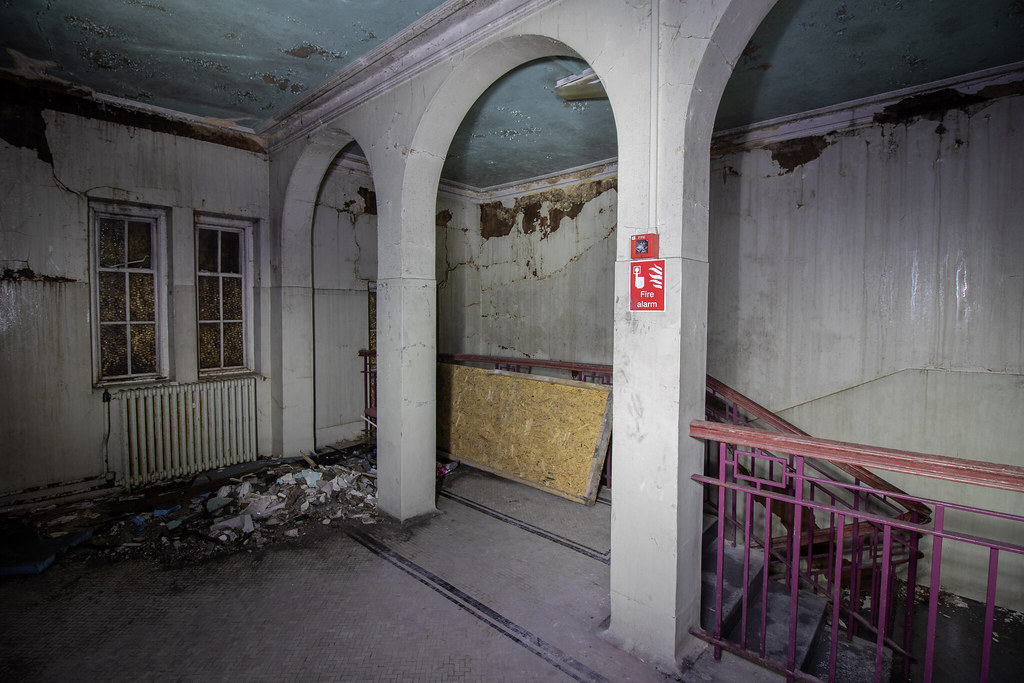 Nice arches above one of the three entrances to the building. 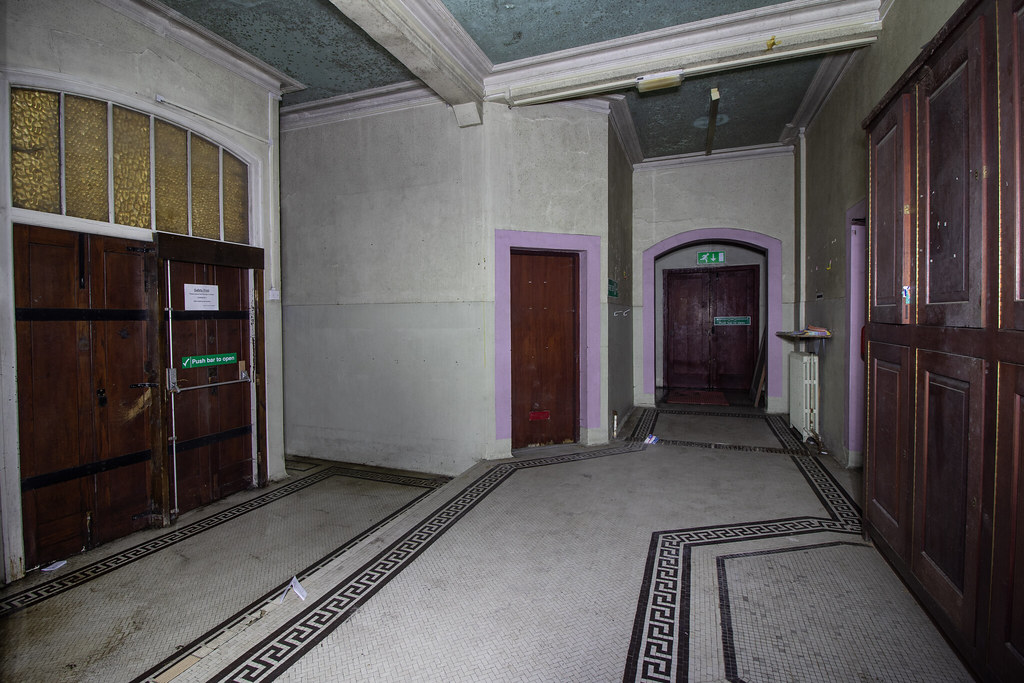 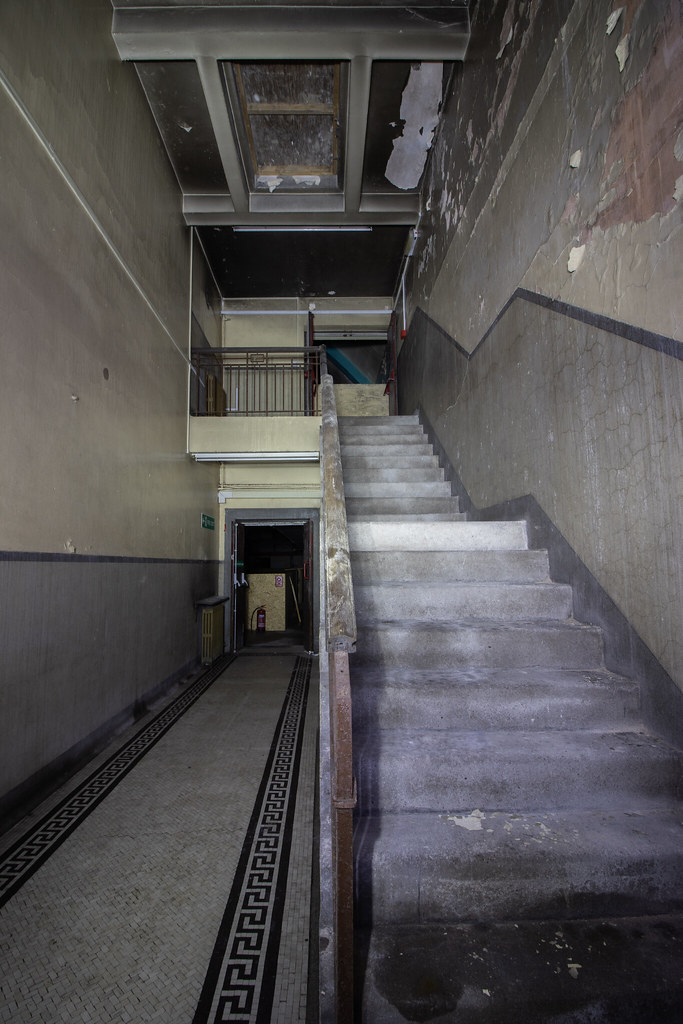 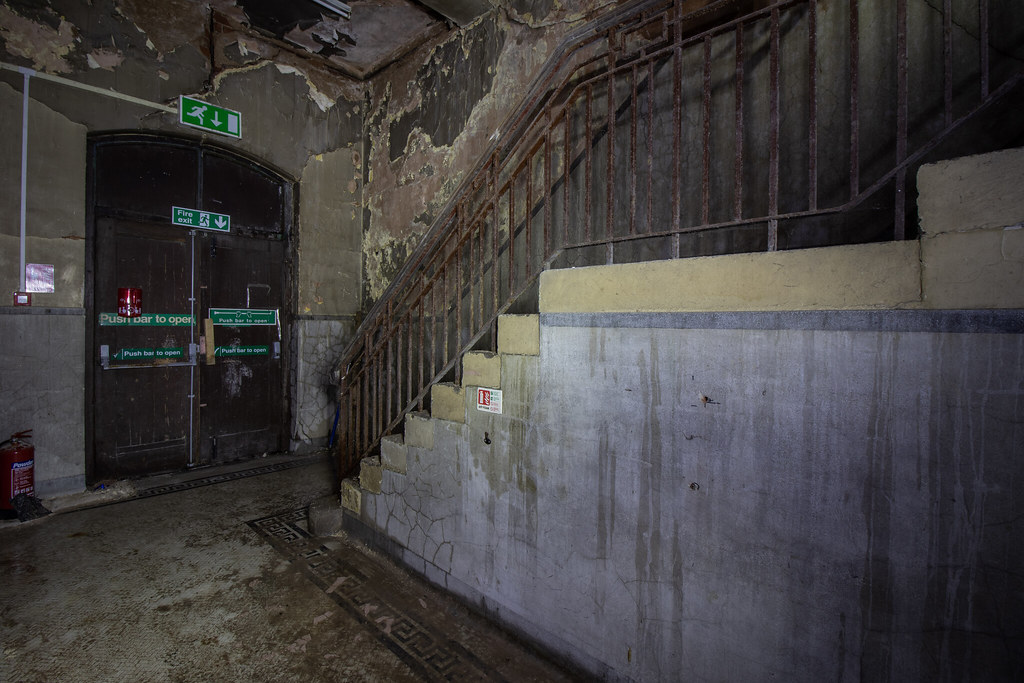 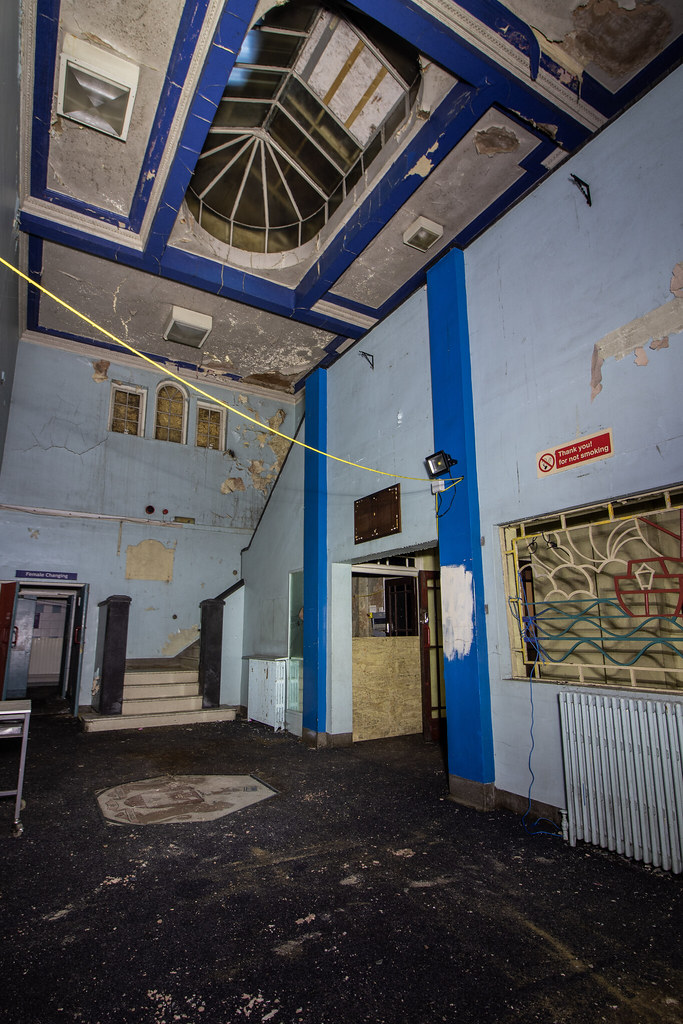 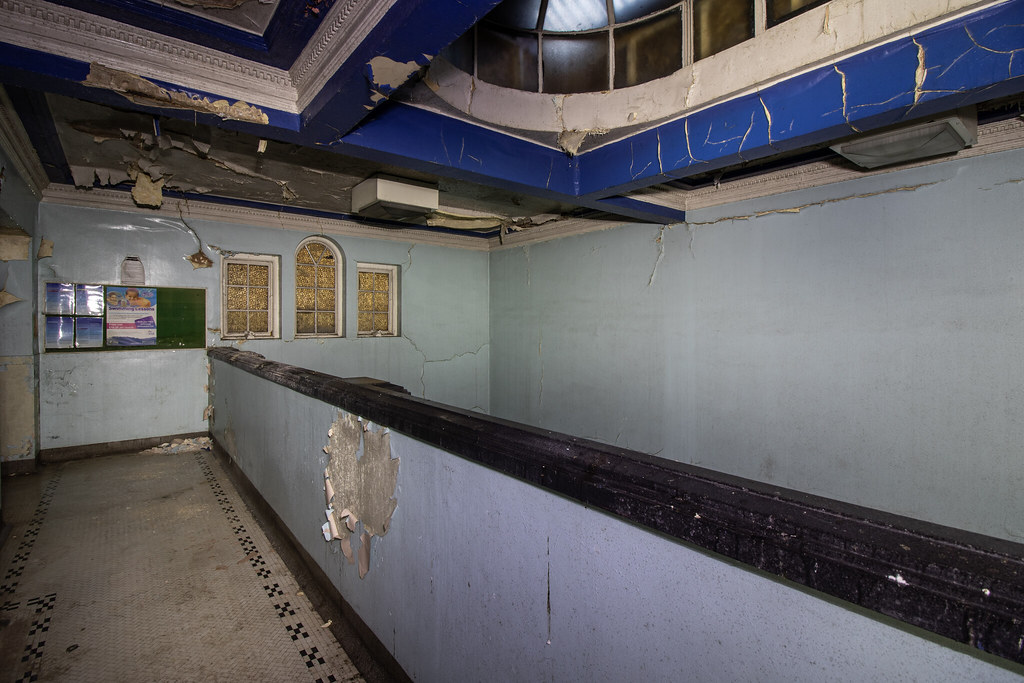 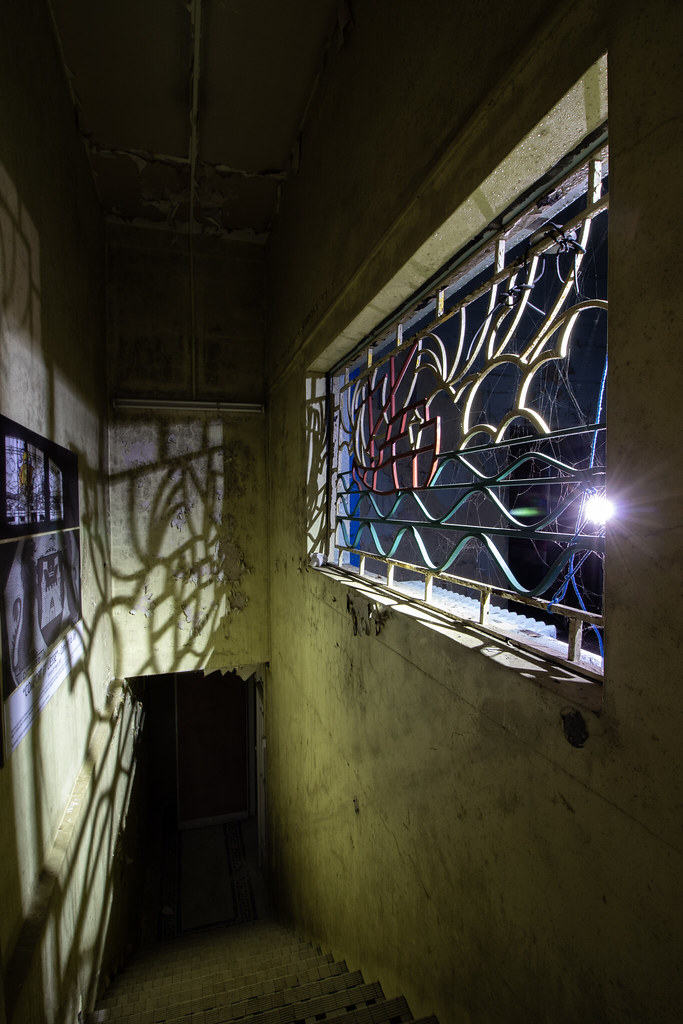 A nice Art Deco design, I believe showing a ship sailing during a storm. 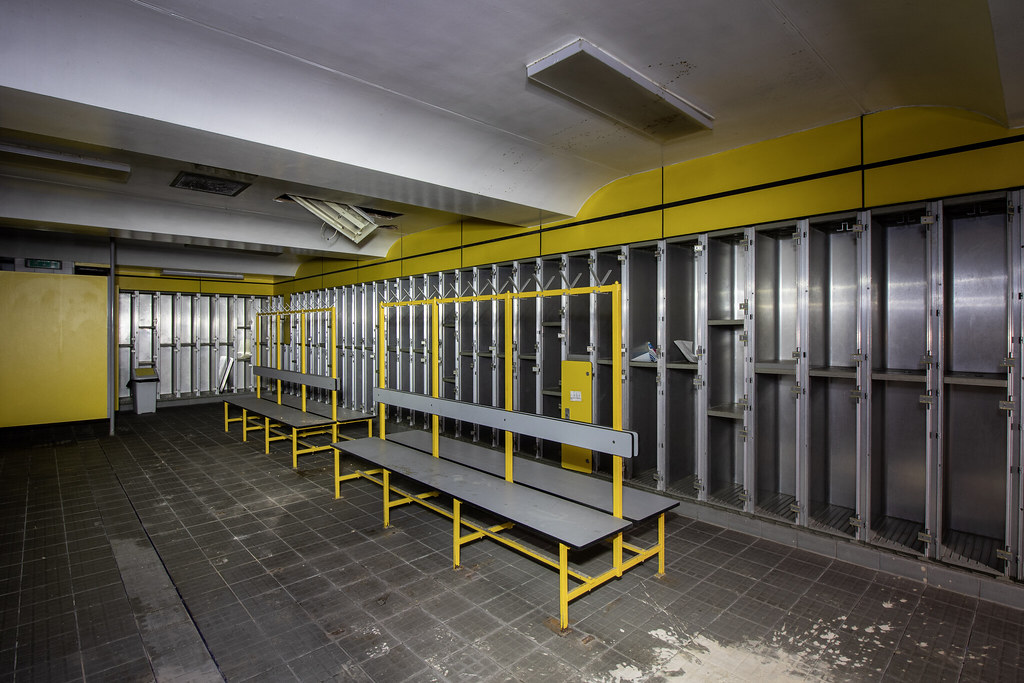 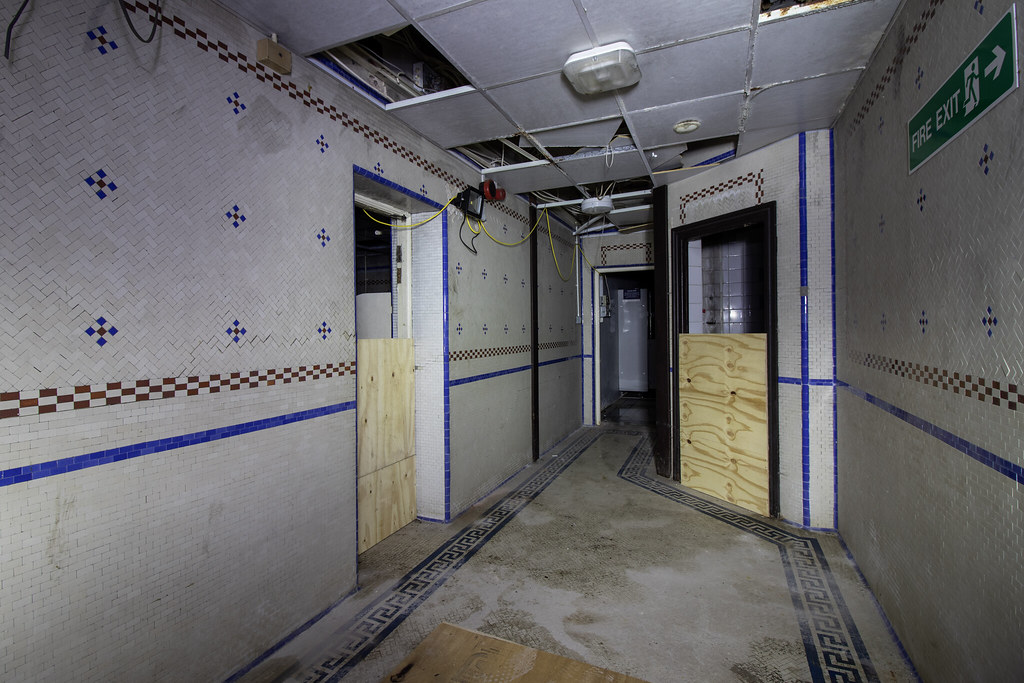 Turkish baths, one of three remaining in the country and probably the main reason it is Grade Two Listed. 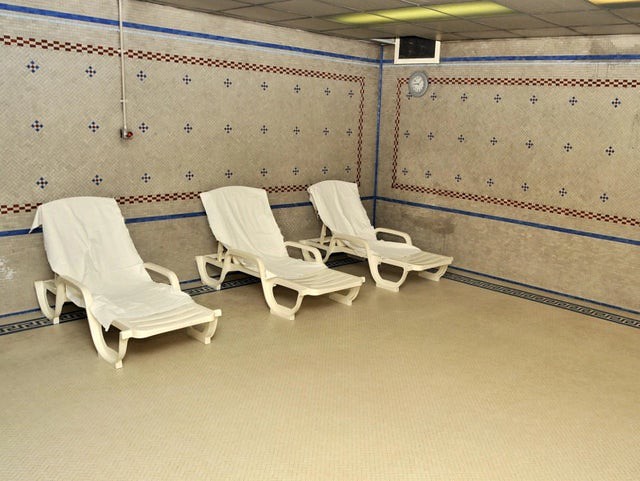 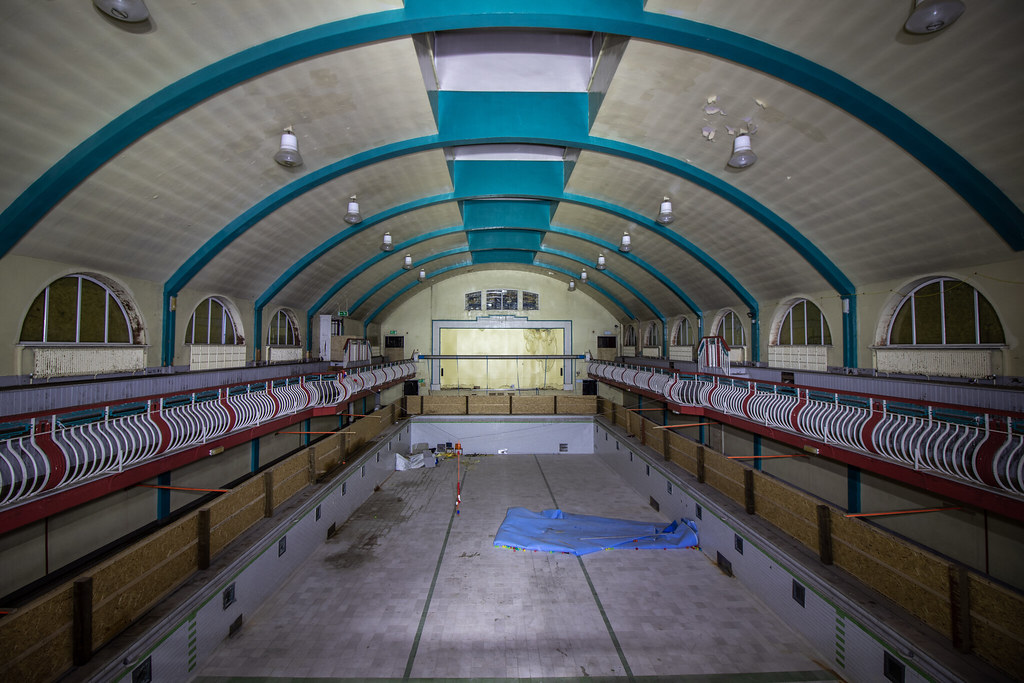 That's all for the photographs. Here is the link to our documentary styled video on the property. We cover it's past, present and future through cinematics and narration: