Revisiting this site to see the morgue slab as it has only presented itself to every explorer possible in the past months. 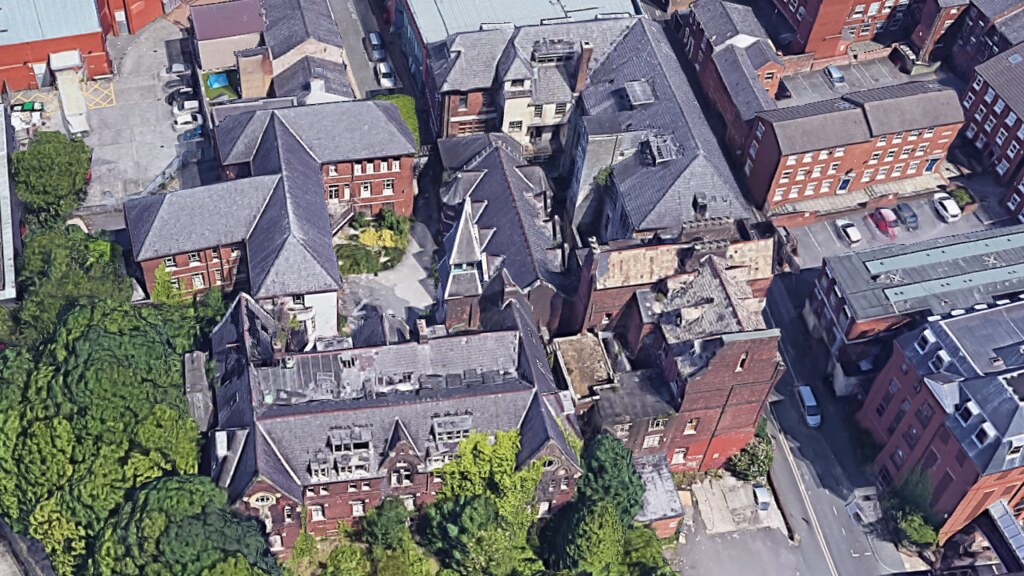 St Joseph's Orphanage was designed by architect R.W Hughes in the style of gothic architecture, which was typical of that particular era. The construction work was endowed by Maria Holland, a wealthy widow, who contributed a sum of 10,000 to achieve this. She wanted to care for the sick, at a time when Preston had the highest mortality rate in the UK. This was predominately due to inadequate housing and the poor working conditions in the local mills and factories. The orphanage was first officially opened in the September of 1872 and five years later it became St Joseph's Institute for the Sick & Poor. The hospital accommodated for around 25 patients and was run by the Sisters of Charity of Our Lady Mother of Mercy. Voluntary contributions funded the maintenance and general upkeep of the hospital and it was also the first provider of welfare to Roman Catholic girls in Preston.

In 1910 the hospital was granted its first operating theatre, as well as the chapel being built that same year. By 1933 a new wing was added and another in 1958 which was officiated by Princess Marina, the Duchess of Kent. During both world wars it served as a military hospital to treat wounded British and Dutch soldiers. One of St Joe's most famous patients was performer George Formby who died of a heart attack at the hospital in 1961. The hospital eventually closed its doors in 1982. It was then bought by its current owner who converted it into a care home until 2003. A year later in 2004, plans were proposed to convert the building into 82 flats with a grant of £2m but the redevelopment never seemed to happen. Presently 3 sections of the site are still classified as grade II listed and the building was recently featured on the Victorian Society's 'top most at risk historic buildings in the UK.'

Just going to get straight into it, I didn't take any externals just because I've took so many before, and you've probably seen them many times anyway. Therefore, we hopped inside and started searching for a newly discovered section. In the past few times we've been here since the last year, they had stayed decently on top of keeping it sealed. However, it seems they've given up again, as there have been noticeable fires on the left side top floor on the map, and the middle orphanage roof.

The majority of the building is very broken down but it still offers very photogenic situations and I think it always will, unless the entire structure burns to the ground, which isn't far from possible at this point. Therefore, we headed straight to the hospital, through the chapel that links the orphanage building to the ground floor wards. 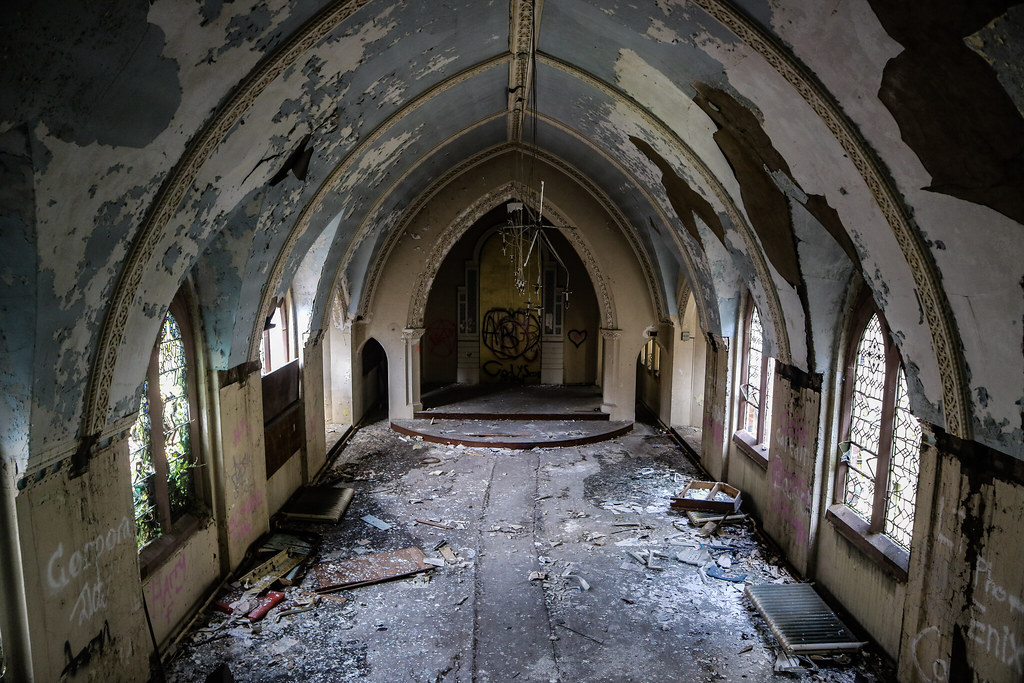 The lower floor of the hospital is where they stored all the furniture when they closed and there has always been a red wheelchair that has chilled on it, hence many people getting the same photo. I am a culprit. However, it was nowhere to be seen. 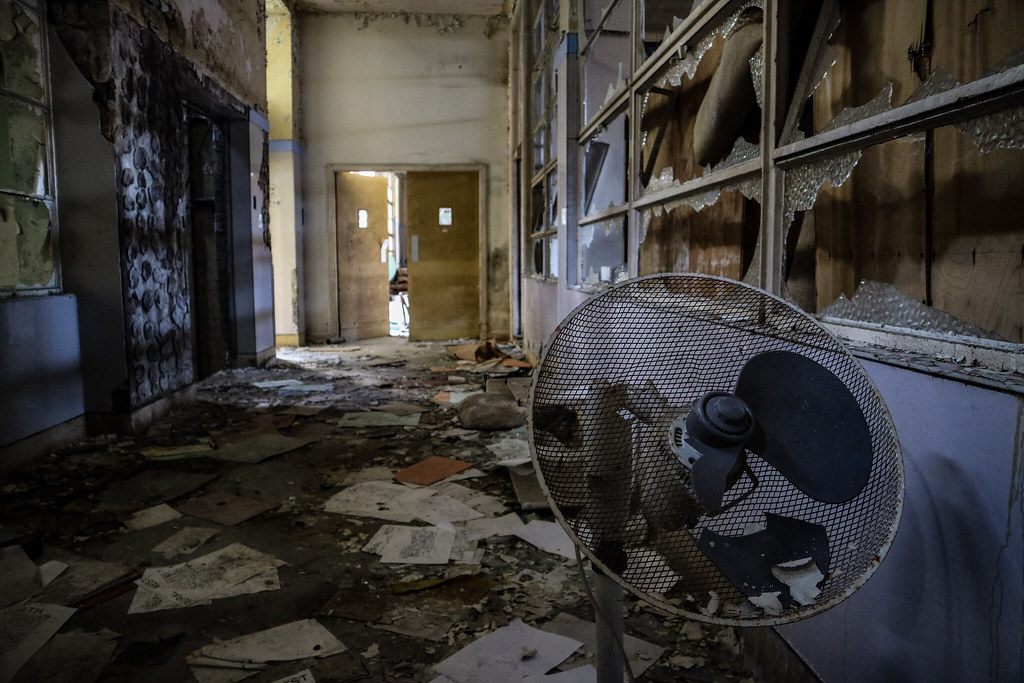 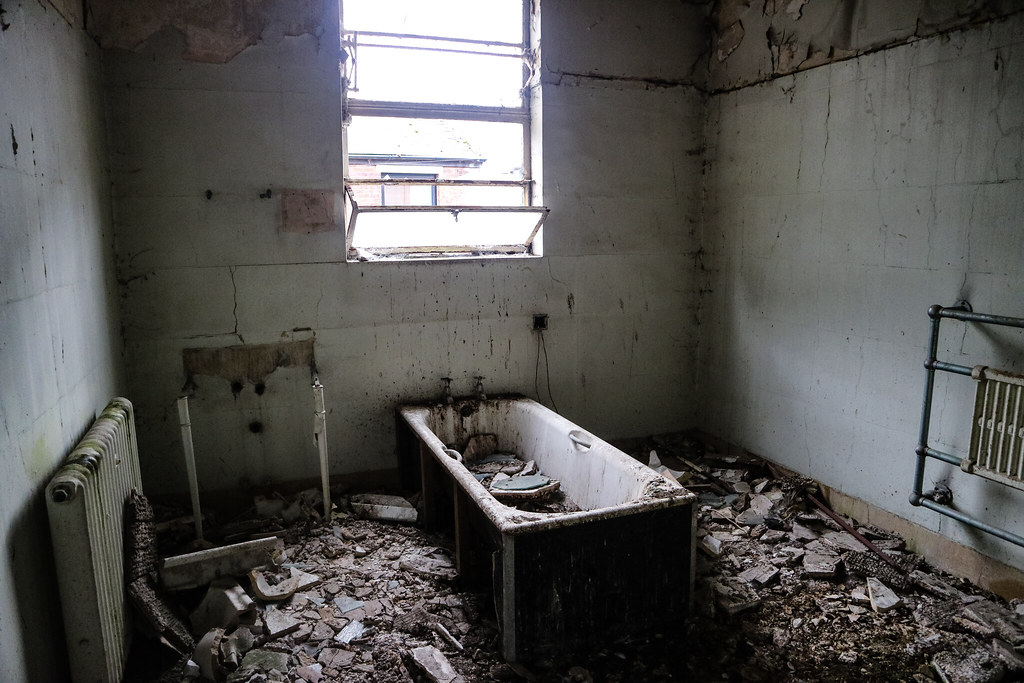 Upstairs to the operating lights, joined by a small room with a sink and an equipment steriliser. Then, higher to the attic ward, where we found a new piece of equipment I was yet to see. I believe this is a very old x-ray machine. Instantly, I thought this because of the screen but after some research I can determine that it was one from around the 1920s. Please correct me if you know. 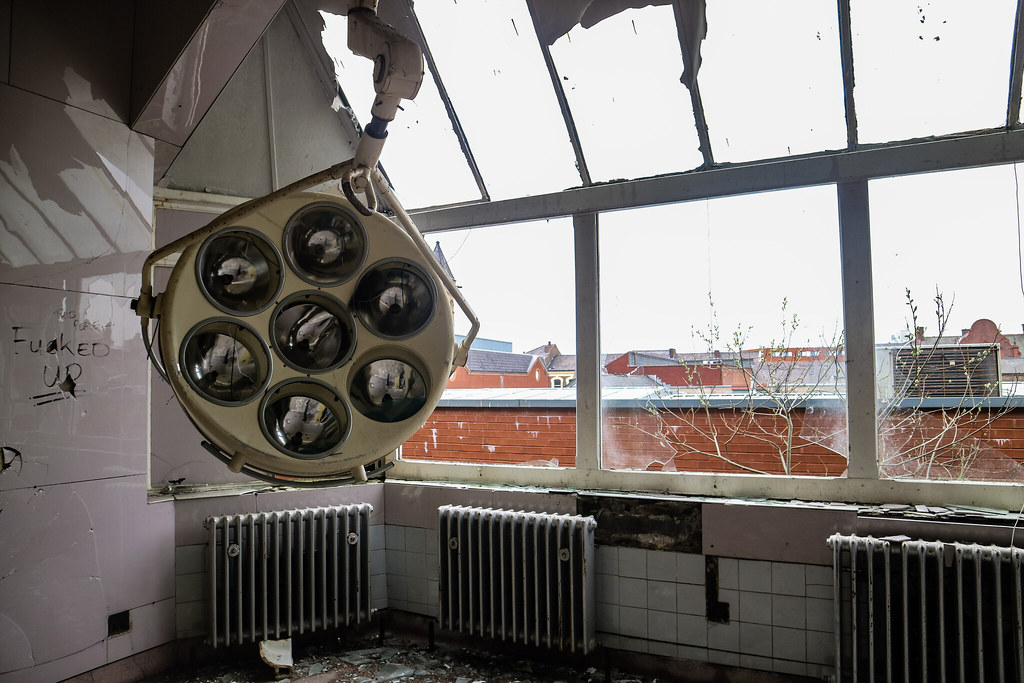 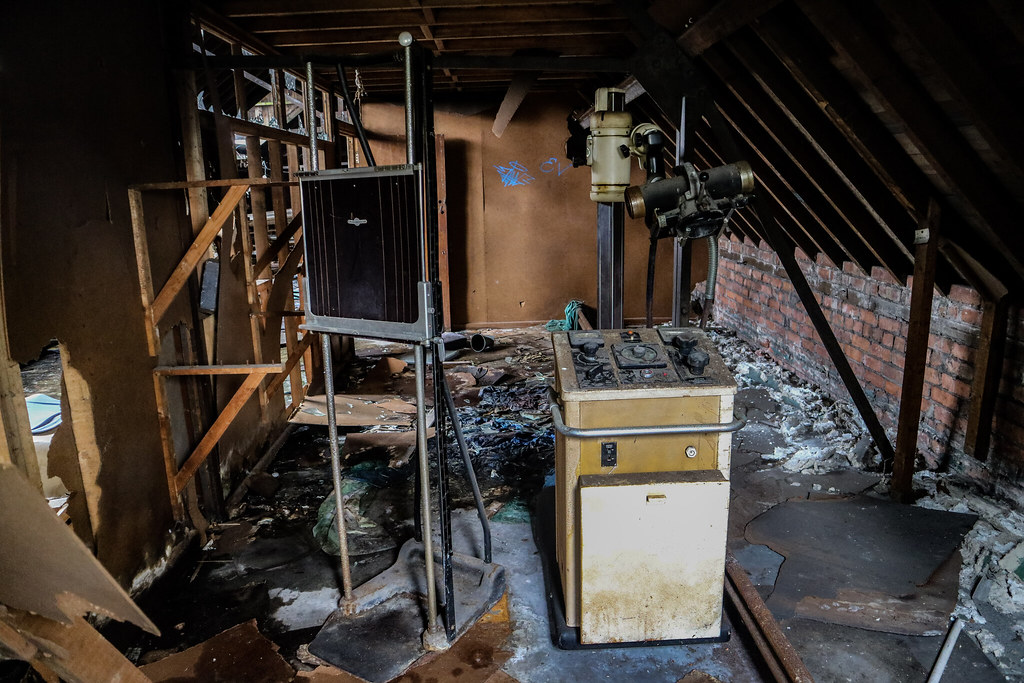 Finally, we found the porcelain morgue slab, which has been set up very nicely. Wish I had a wider lens to capture this better. 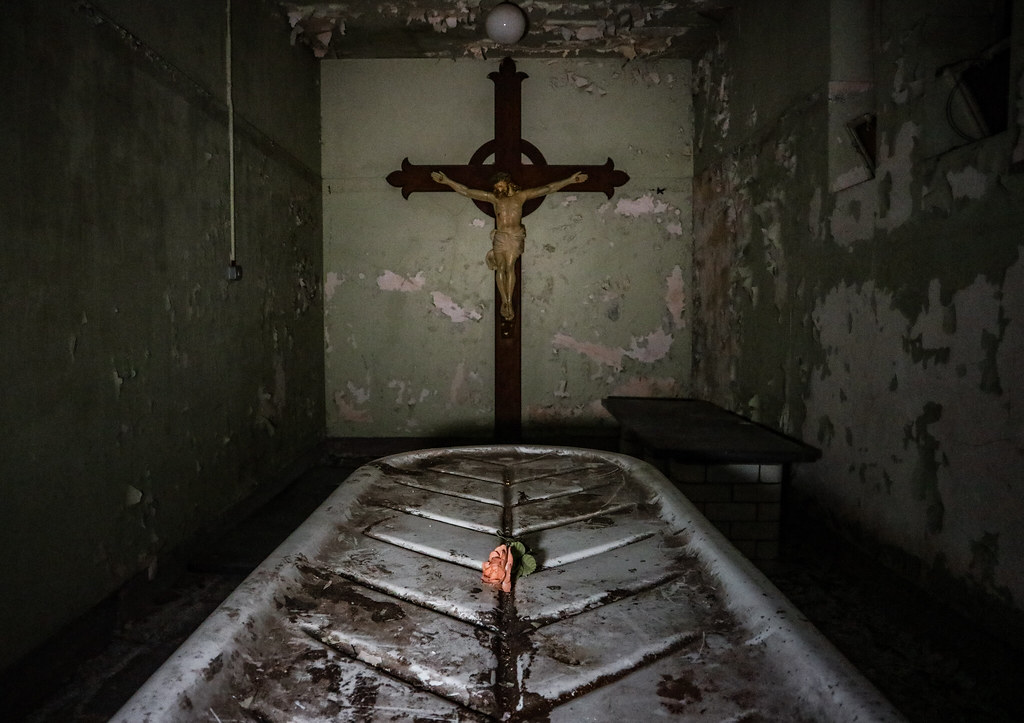 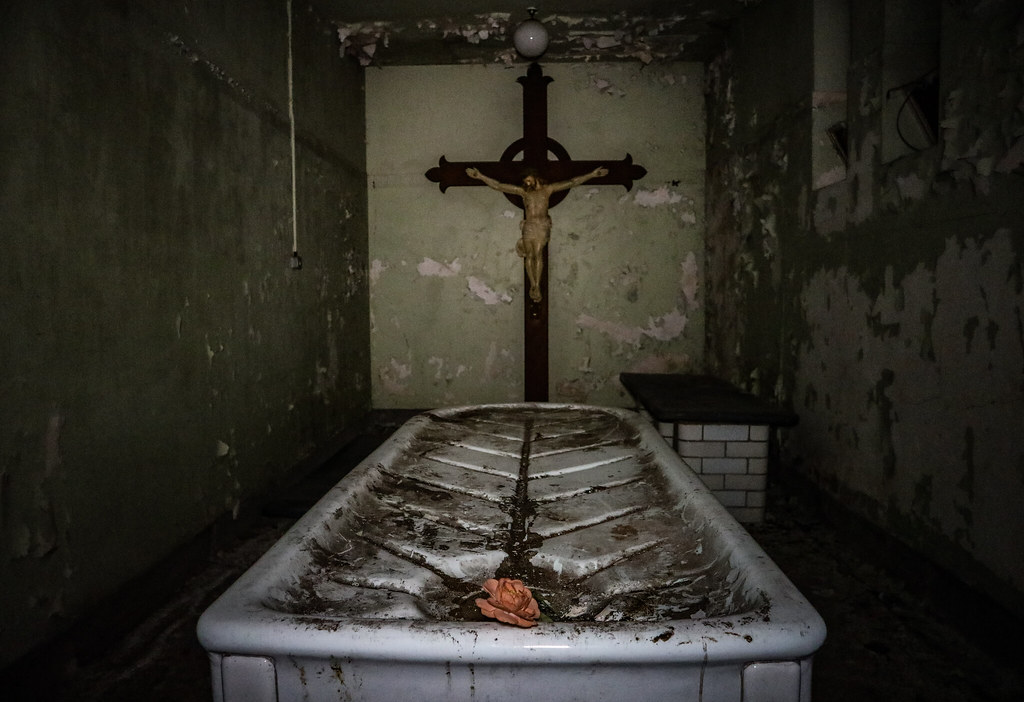 One quick one to finish and then we're off. Not often I see a slab, especially in my home town. 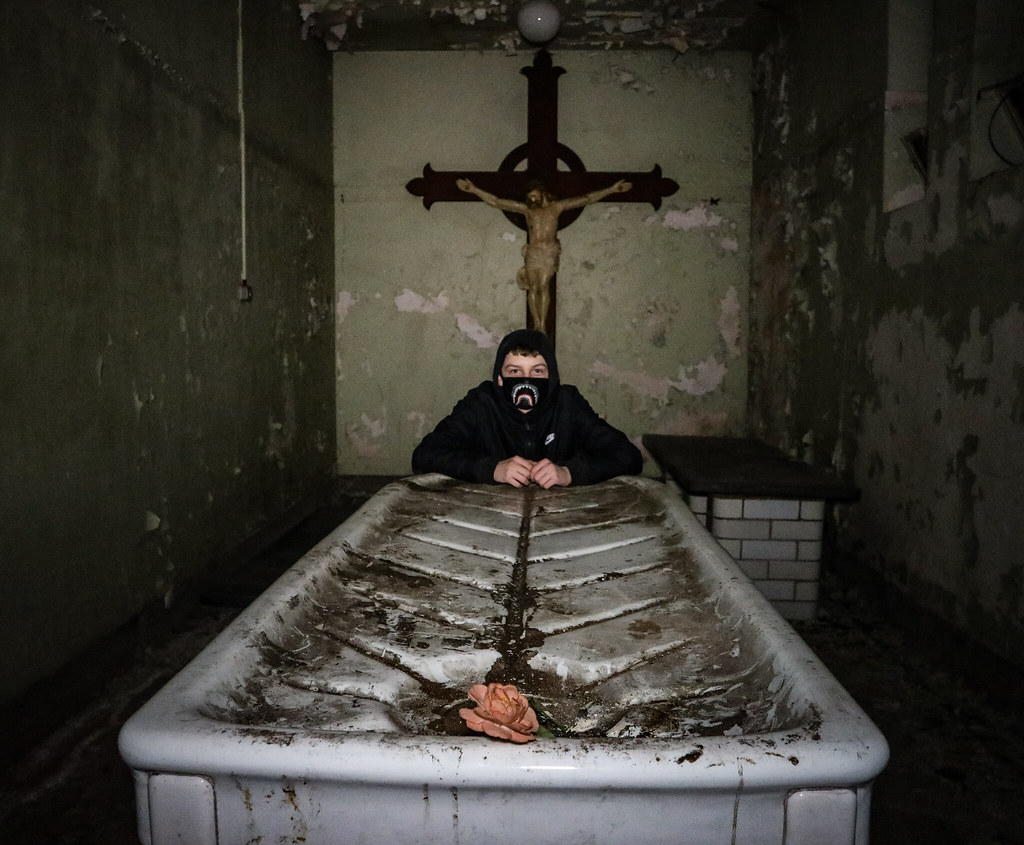 Here's my documentary styled video, which explores the building using cinematics and our perspective:

I do need to visit here soon

It has been very busy of late this place, well worth a mooch if you're nearby but by god it's the noisiest place I've ever been.
Top photy's and excellent report.
D

A morgue is just a room and fittings to be used to ascertain the cause of death - it has no connections with any sort or form of Religion. Whoever set up that rather sick and offensive tableau should return the Crucifix to the Chapel, where it belongs.

X-ray machines of the 20's and into the 60's all recorded the image on special photographic plates. The invention of sensitive X-ray detectors that would directly show on cathode ray and later types of viewer, made the old X-ray film recorders obsolete. Presuming the screen is a 'screen' and not just a film/plate holder, one must presume that the equipment has been modified over the years. Not something I would recommend playing around with!
U

Thanks for sharing mate, I thought that that cross had been setup by someone it looked very new. Would the x-ray emit radiation?
You must log in or register to reply here.