This was my first solo explore.

Sorry about the quality of the pictures, but I was tripod-and-torchless, so will be returning soon to go into the dark bits. It was a fun explore, but I was jumping at every noise as it’s right next to a police vehicle storage centre! 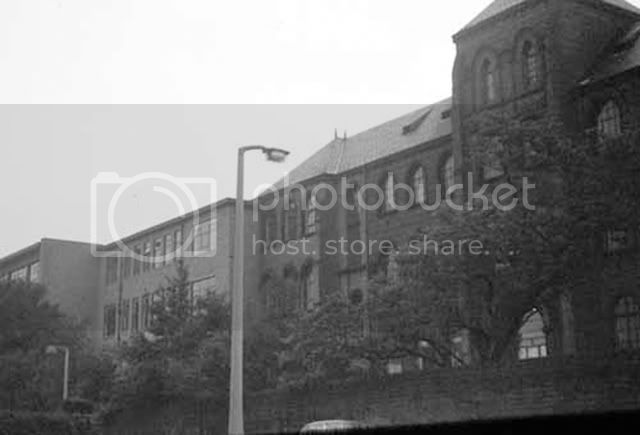 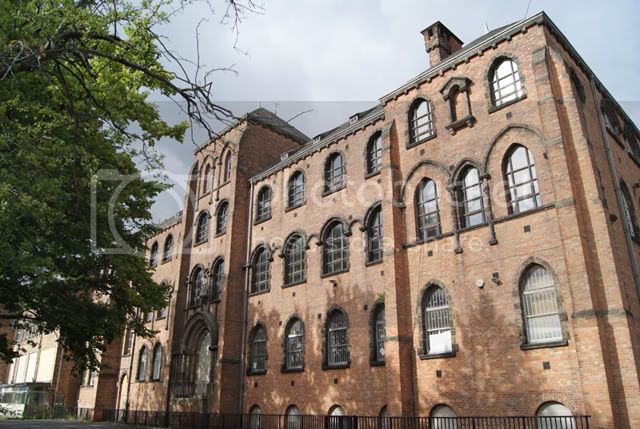 I came across this place a while back and was really interested when I did some research and saw some old reports on it. The sign outside the gates says Mount St. Mary’s Catholic High School, so that’s what I was doing my research on. As you can see from the pictures in this report, it doesn’t look much like a school. I figured it must be an old church that’s been converted into a school and will hopefully still have a big chapel in it. Once I got in I realised something was not quite right and upon doing some more research where I’d actually been was St. Michael’s College.


Archangel Michael above the main entrance. 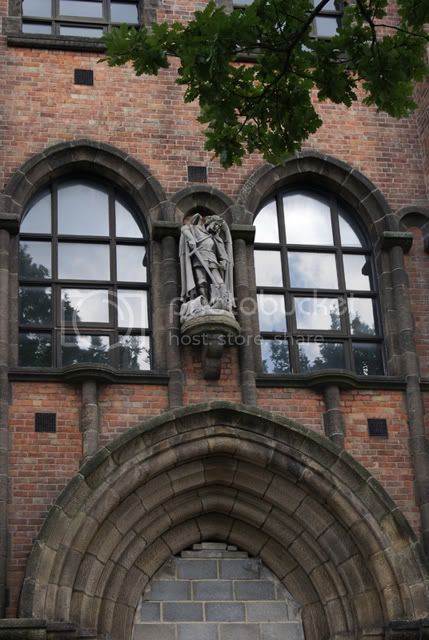 It opened as the Leeds Catholic College on 18th September 1905 and in 1906 acquired St. John's Lodge. A new building was constructed which opened at Easter 1909 and the old one became occupied by the Jesuit Community. The school became known as St. Michael's College in 1933.


A tech lab, that seems to be being used as a bathroom storage facility. 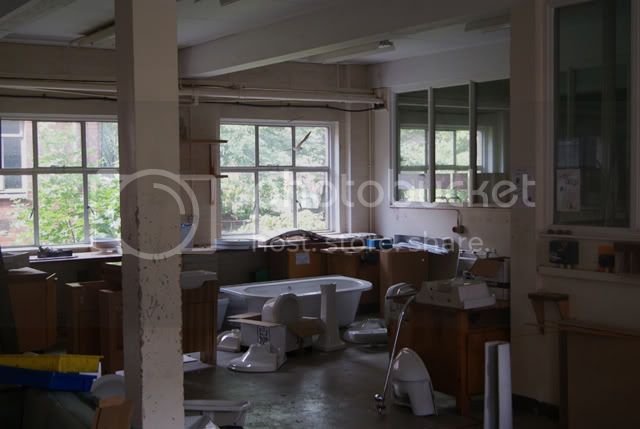 Wear goggles or else you will fall asleep on a pile of jam. 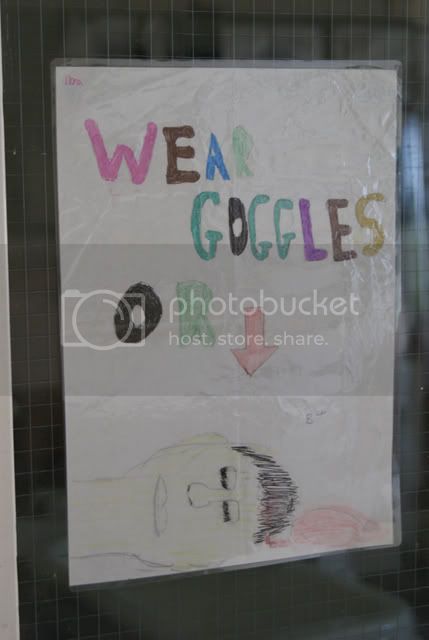 In 2005 the college merged with Mount St. Mary’s and was renamed as “Mount St. Mary’s West Site”, from 2005 no further pupils were enrolled and the remaing pupils continued to move up the years, St. Michael’s was closed in July 2008. St. George’s Crypt (a shelter for vulnerable people) moved to the site temporarily for 15 months in Feb 2009 whilst their site on Great George St. was being refurbished. 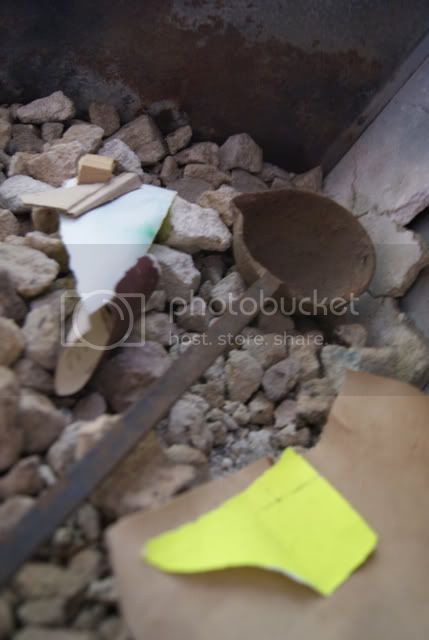 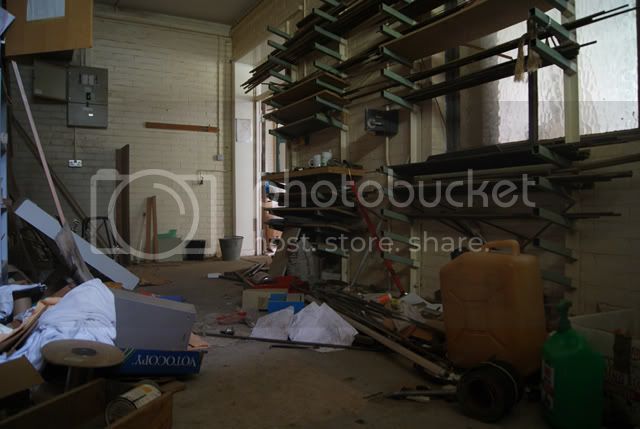 No wonder that net is messed up if they were using it for shotput practice, all the basketballs were downstairs. 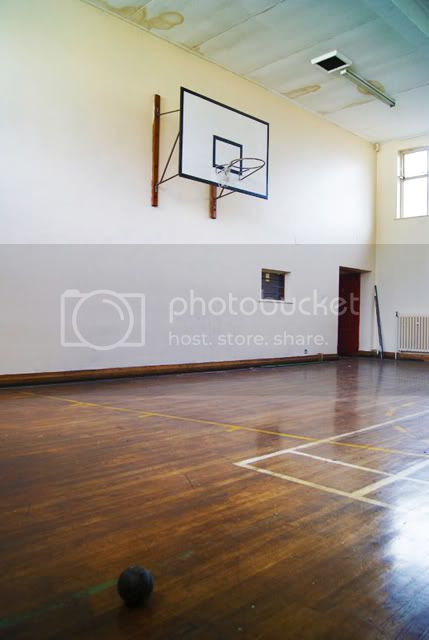 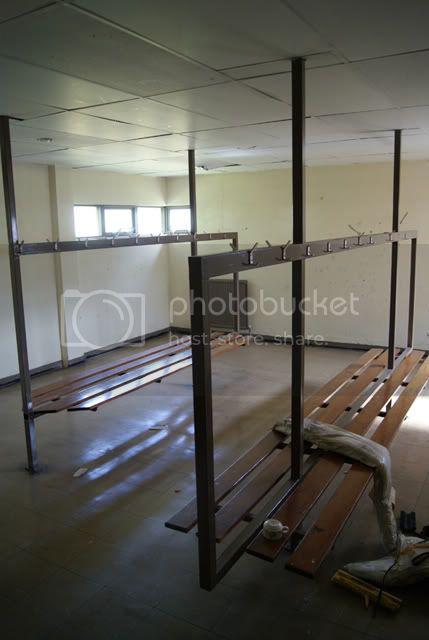 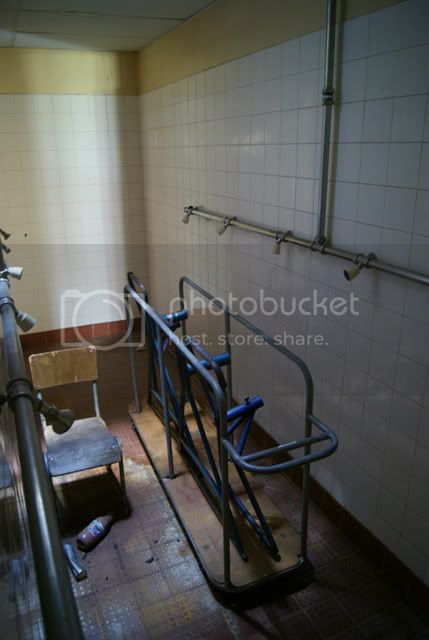 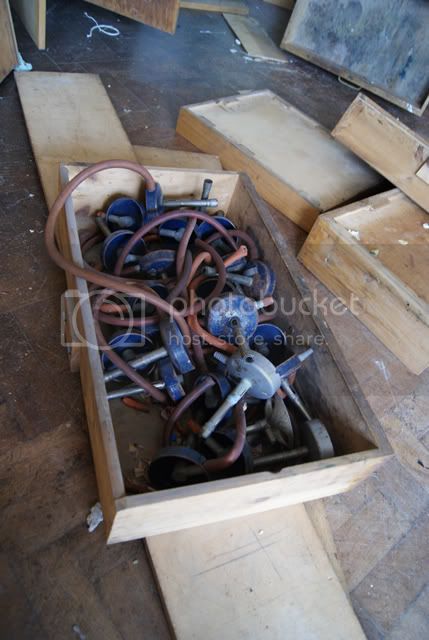 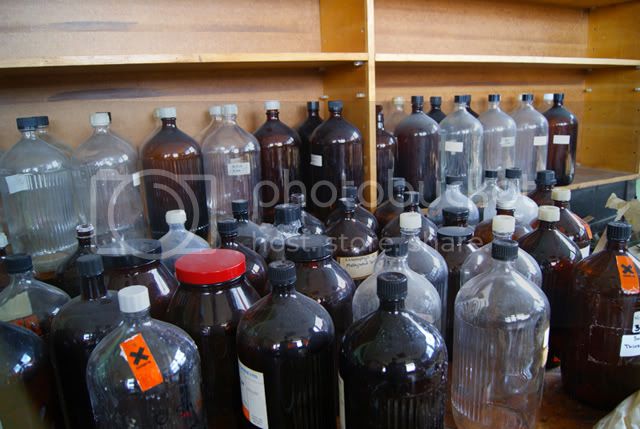 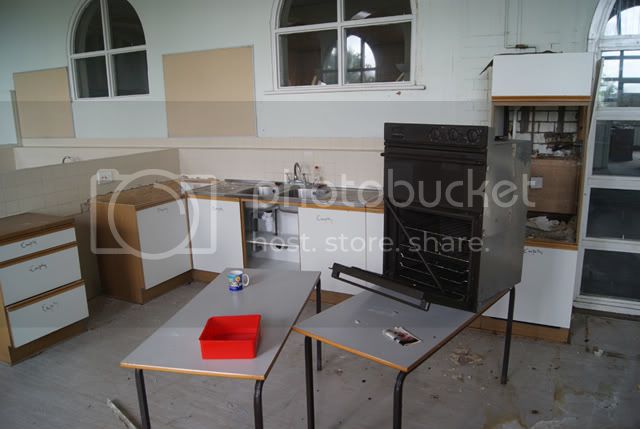 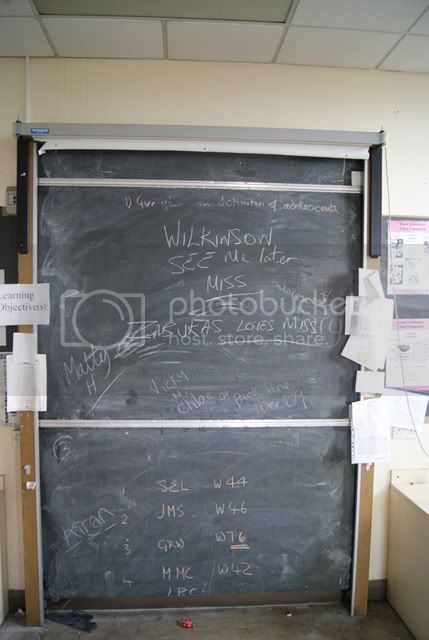 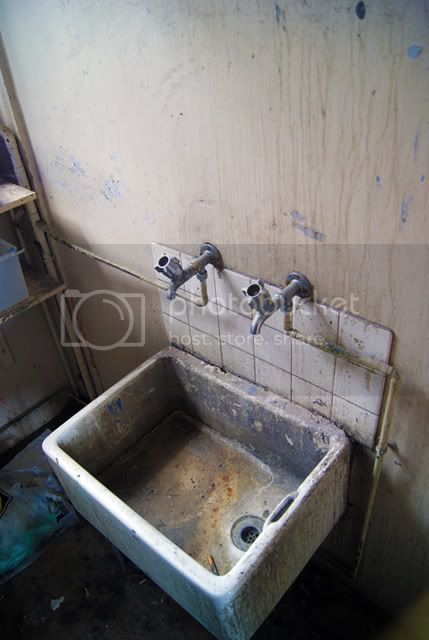 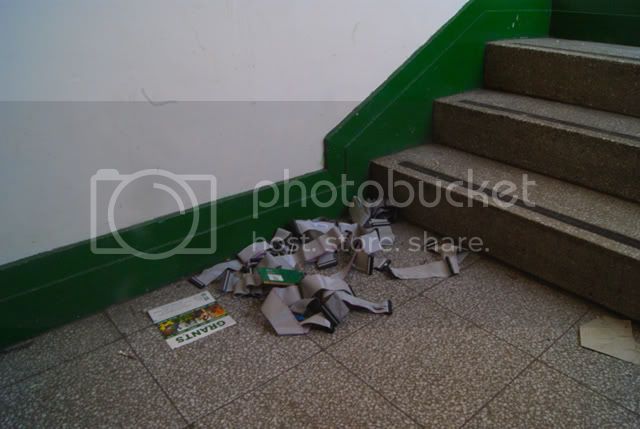 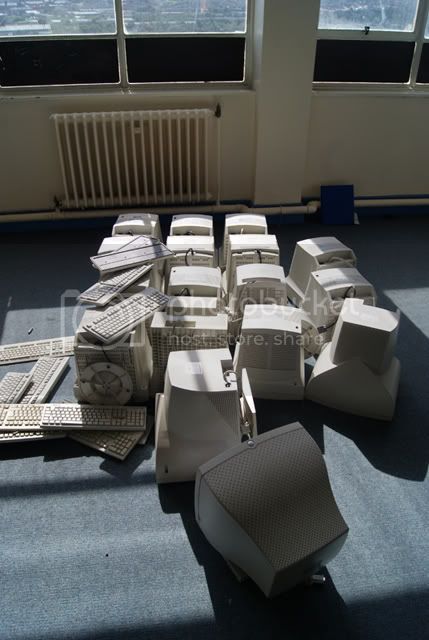 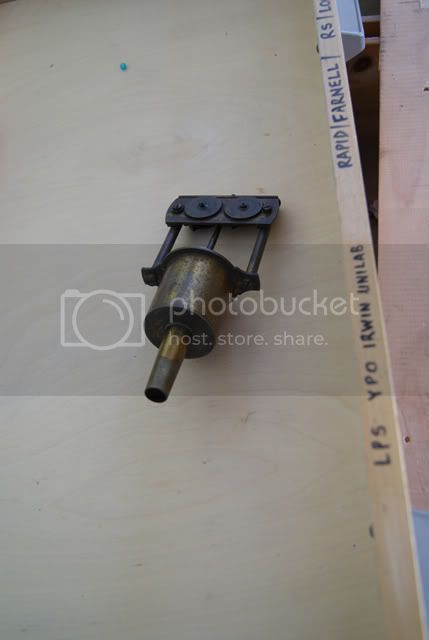 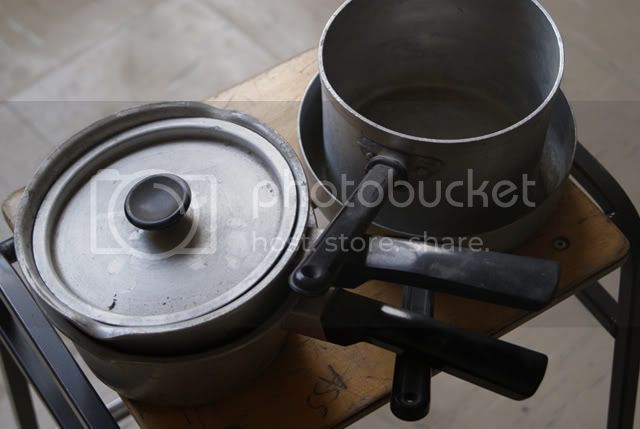 A school of losers. 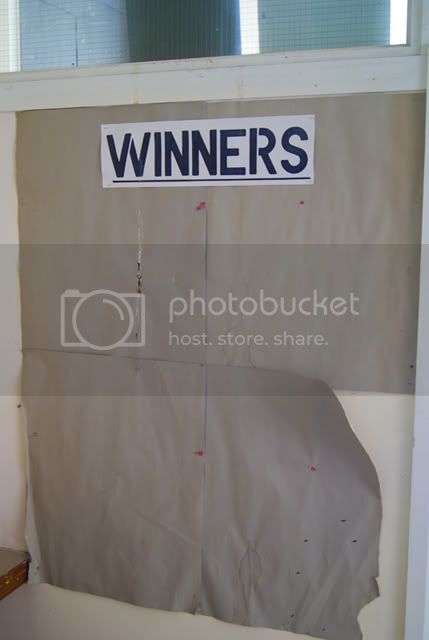 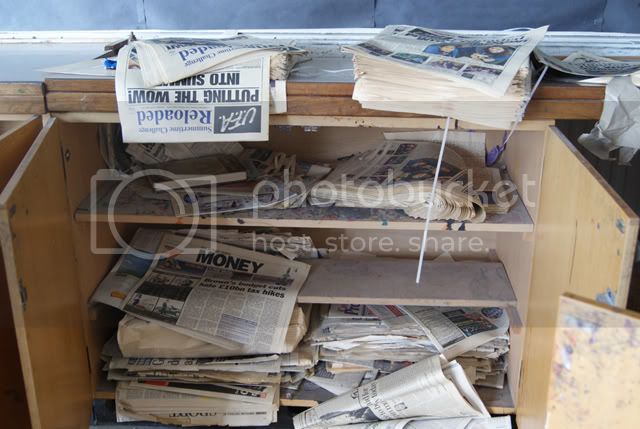 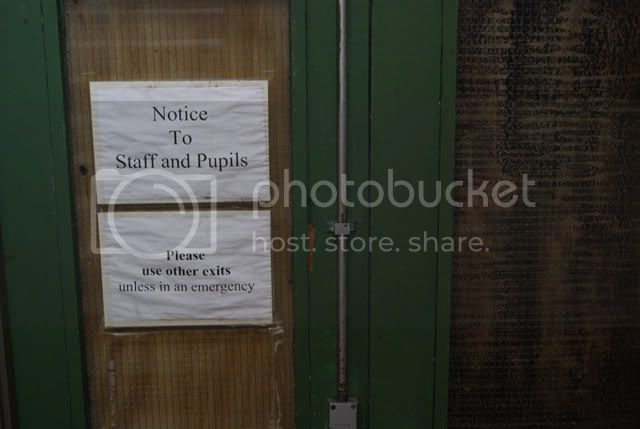 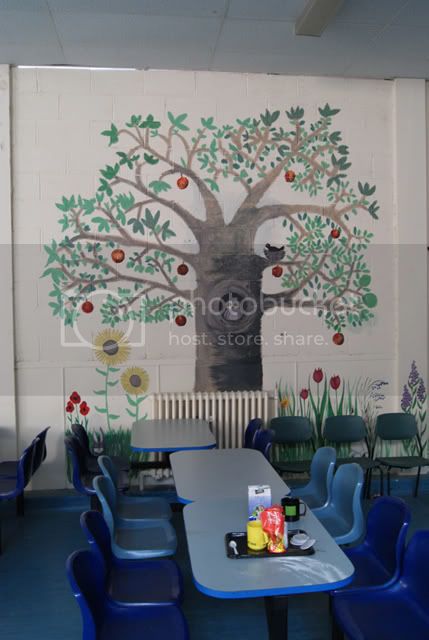 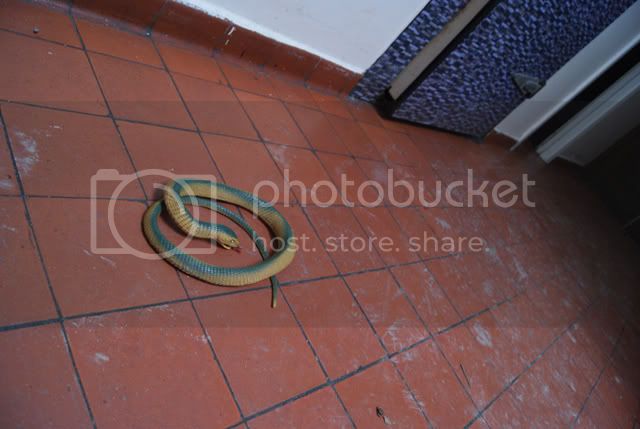 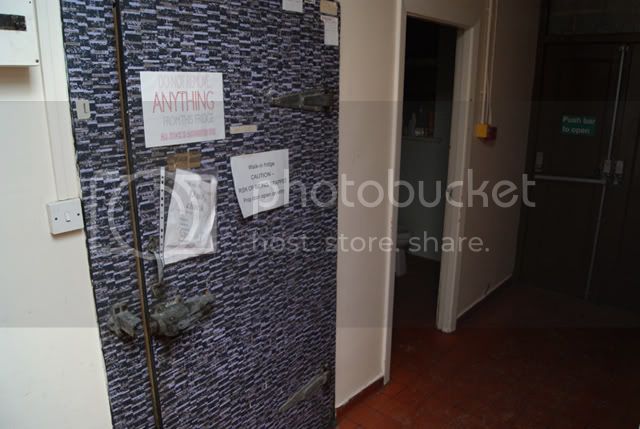 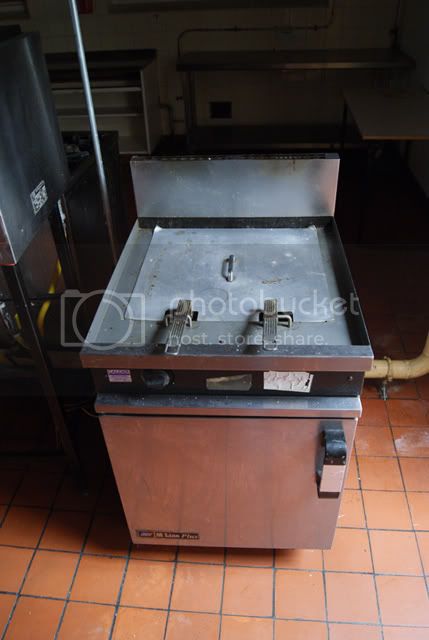 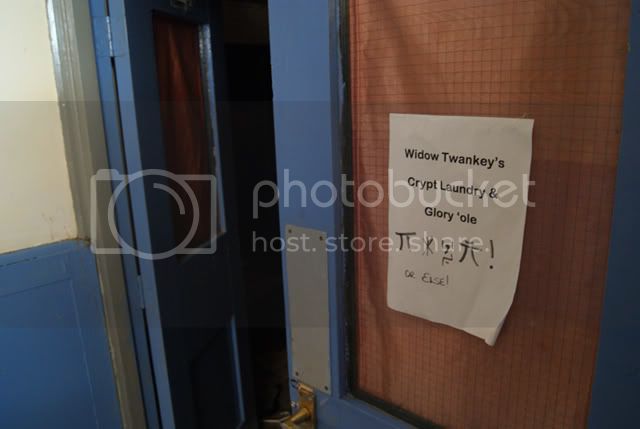 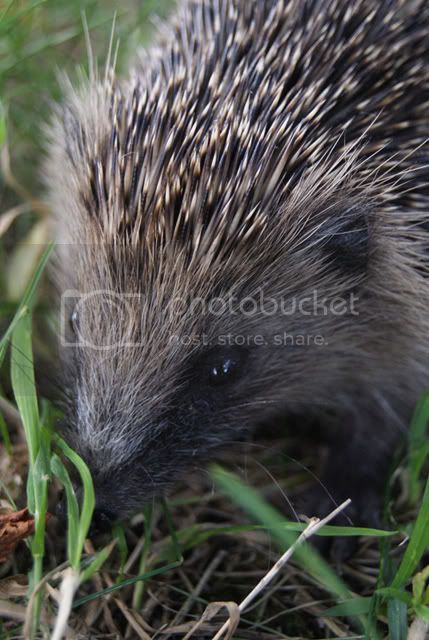 Great report that and good photo's, love the hedgehog
J

I went to this school from 2000. There was always a rumour that right at the very top of the school in the bit with the pointed roof...im guessing you know where i mean, that there was an old boxing ring and that a student died there...now im assuming this wasn't true you know rumours and all, but no-one ever saw up there and the only possible door was barricaded by a large cupboard. If oyu ever get chance to take any pics that would be great.

Heh, that would have been good, but I didn't see one! Unfortunately there isn't access atm, but I'll keep checking every now and then cos itss a great explore.
P

A great explore. Nice to see that the place is in good condition and not at all trashed. Those bunsen burners brought back some memories. Thanks.

I left this school in '92 and I loved the place. I always wanted to go back and remenisce, but as you mentioned, it ended up closing down and being annexed by St. George's Crypt. I didn't actually realise that was only a temporary thing so....hmmmmm.....Lol. Anyways, I always have memories of the long, dark, creepy hallways that stay with me to this day. Don't suppose you got any photos of those did you? May have to pay a visit myself.

Cheers, I'll have a look through my photos and see what i've got, I may have a couple, but as mentioned I didn't have a tripod when I went so they may be a bit blurry. I live quite nearby and since I went access has been blocked, I checked last weekend and its still a no go, I'll keep checking regularly as I'd love to go back in for another explore.

Thanks mate, much appreciated. The place means a hell of a lot to me. As you can see i'm new to this site so not really sure about the ins and outs of these things but if you happen to notice access i'd appreciate you letting me know via PM or whatever so I can check it out myself? Cheers anyway man = )

Yeah cool, like I said I'll keep checking, but security here seem pretty on it, when I went to check last weekend there was actually someone on site, and any access made seems to disappear within a couple of days, I think I was lucky to get in when I did.
V

I also went to this school, i was one of the last year groups in there before it shut down. I remember quite a few ways in to the school, I live nearby so i think i might try getting in sometime soon...

Cheers, yeah was a good explore. Security seem quite on it though, just breeze blocking any access, I keep checking back, but haven't been lucky since. Last time I spotted live security on site too