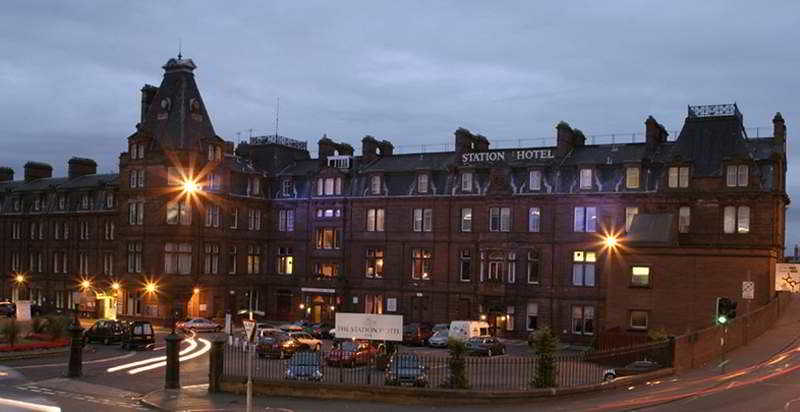 An old photo of the property in use.

Ayr's Station Hotel is a beautiful Victorian building in the middle of the town. The hotel attached to the station was originally opened by the Glasgow and South Western Railway in June 1866; and it became part of the British Transport Hotels (BTH) at nationalisation. Future President Woodrow Wilson stayed in the hotel during his cycling trip in Britain in 1899. It was sold by BTH in October 1951 and has changed ownership a number of times, having been owned by Stakis Hotels, Quality, and Swallow Hotels. Together with the railway station building, it is a category B listed building. The Station Hotel is currently derelict and is on the Buildings at Risk register for Scotland. Its poor condition had necessitated an exclusion zone that covered a portion of the station platforms and tracks.

This is easily the best hotel I've personally seen with a mixture of extreme decay, belongings remaining and wonderful Victorian architecture. Another like Imperial Grain Warehouse that has been lurking in the northern regions of my map since we were planning a trip in 2018, we decided to go for it on a weeklong visit to Scotland in late Summer. Despite the very public area the hotel is positioned in, we were able to enter without detection in the middle of the day and enjoyed a few hours walking through the repetitive corridors and bedrooms of the building. 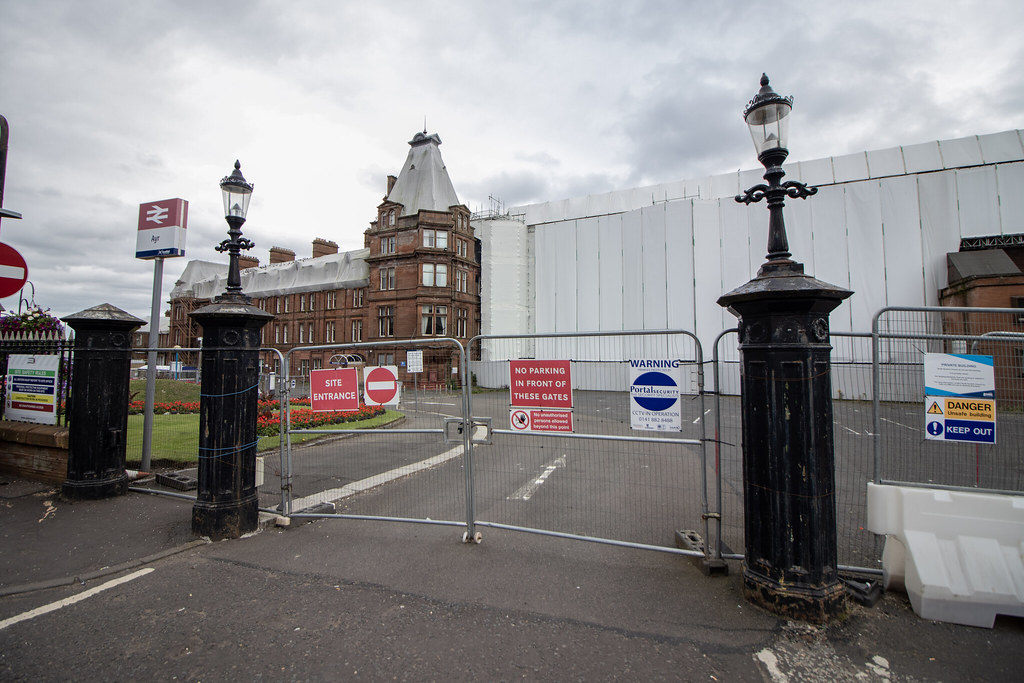 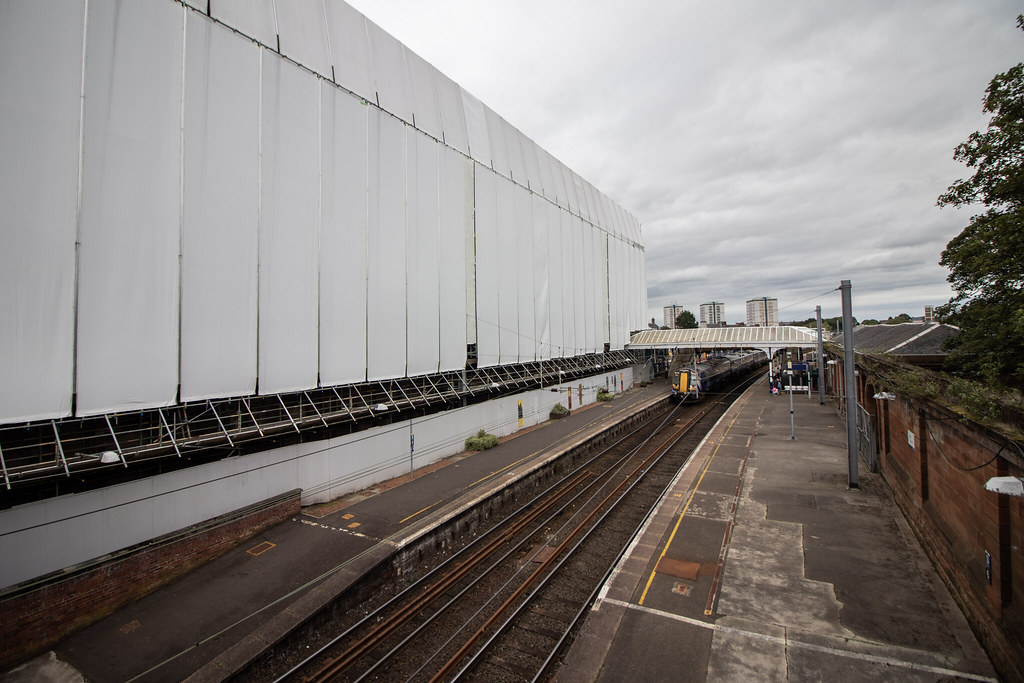 The hotel from the train station side.

I think the protective sheeting put a lot of people off, but as far as we could tell, nothing internally had changed. The external appearance has been supported in order to save passer-by's from falling debris. It's pretty shocking to be honest with the building's age and design, and I definitely didn't think the floors would be collapsing still inside the hotel but some of the water damage is the worst I have seen. 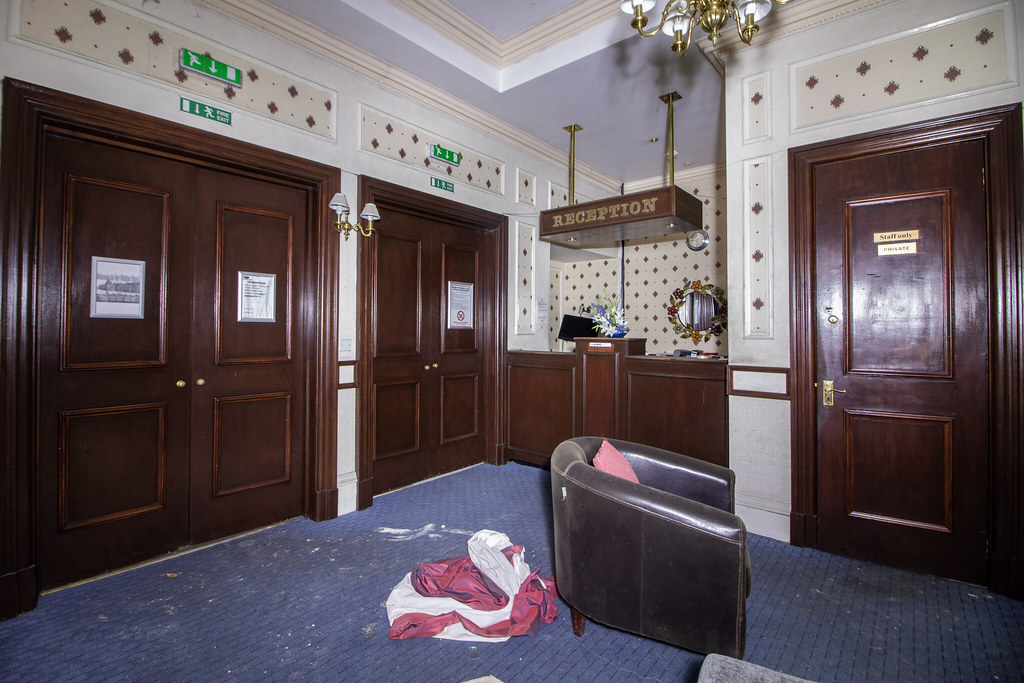 From downstairs to top, here is the reception with a lovely old sign. 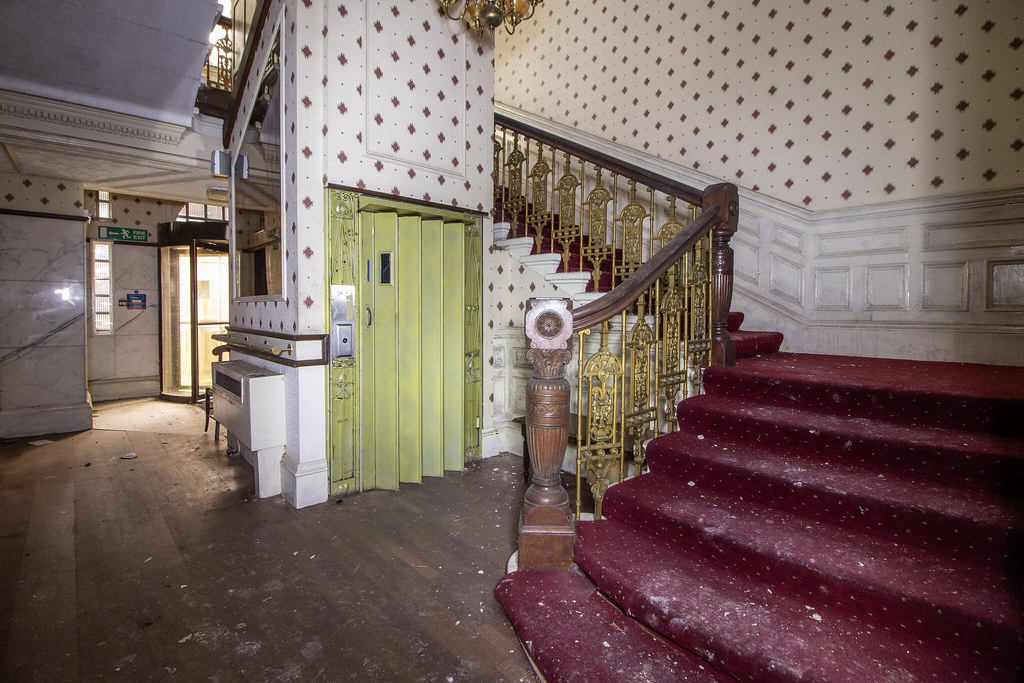 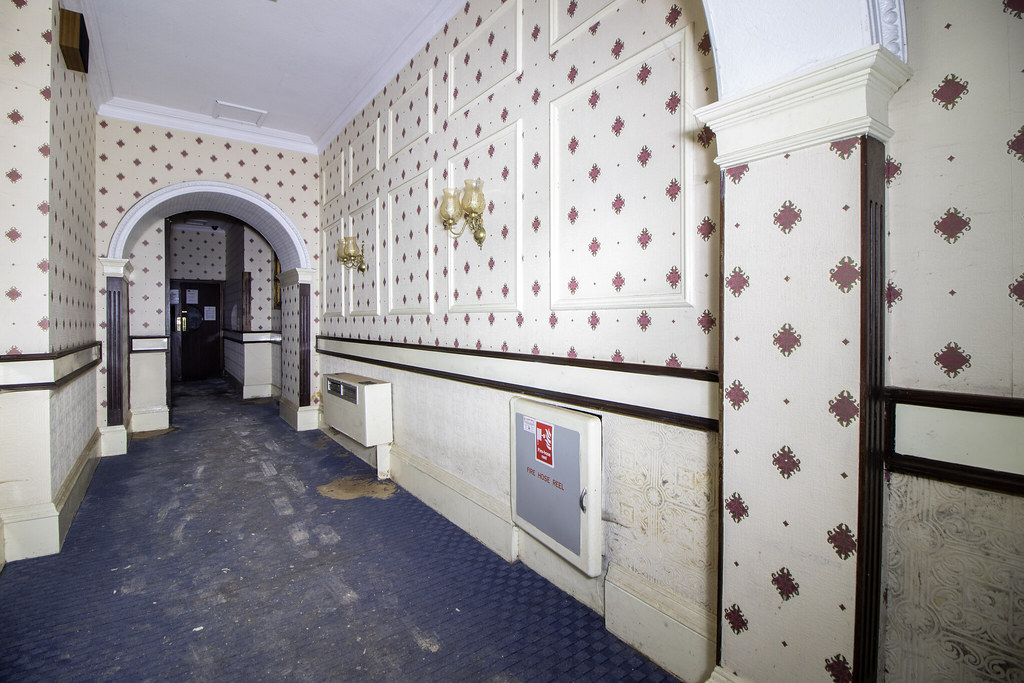 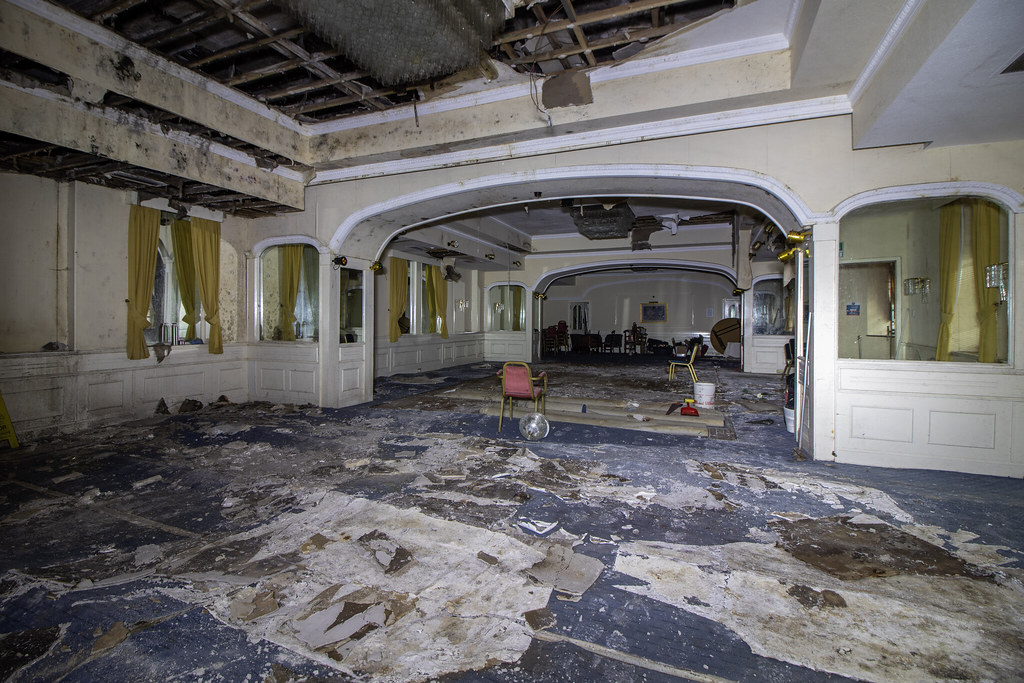 A downstairs function room. There was another bar down the other end of the corridor, but this had changed so drastically since prior reports. The entire ceiling had collapsed and there was a foot of water on the ground. 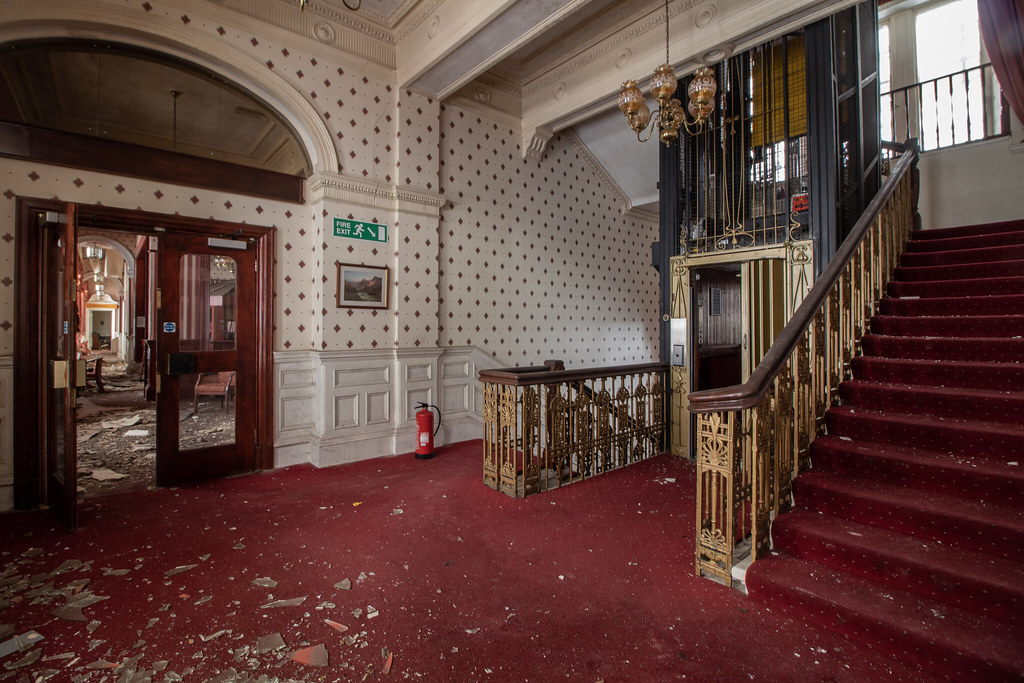 The first floor was easily the most interesting. At the entrance to the staircase, you could see a detailed lift shaft and ornate staircase. 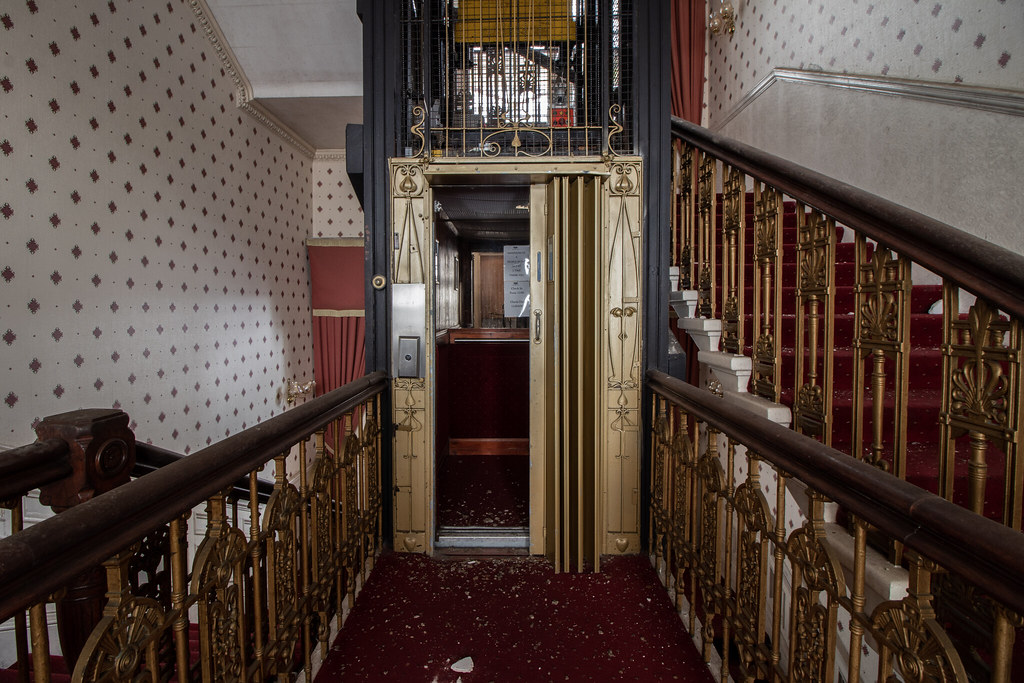 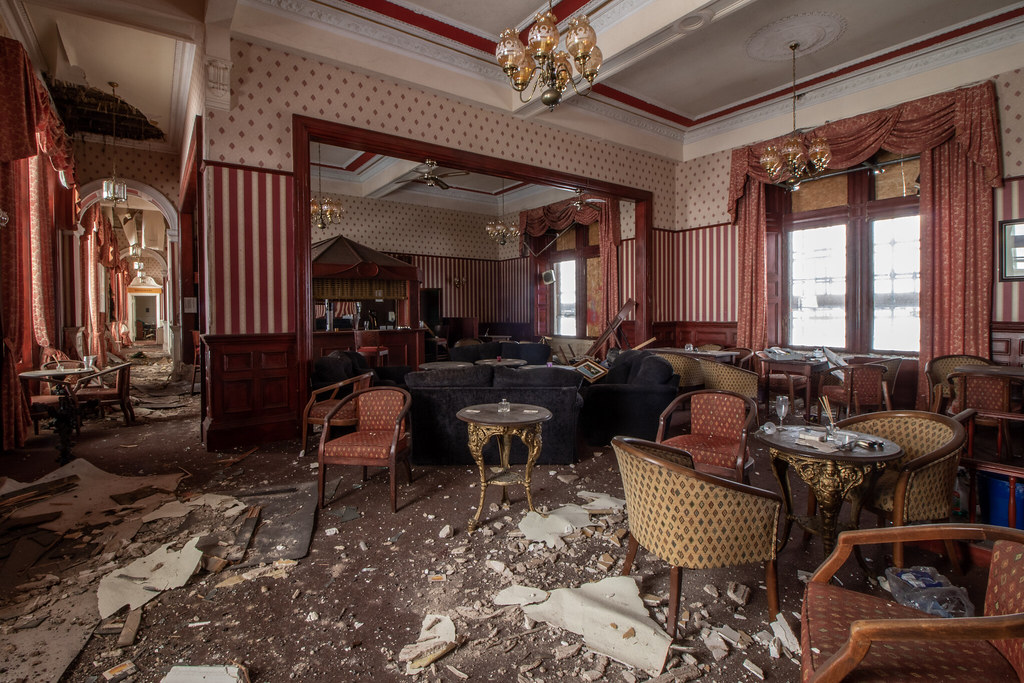 The hotel's main bar. It has been a bit more trashed but probably not recently. 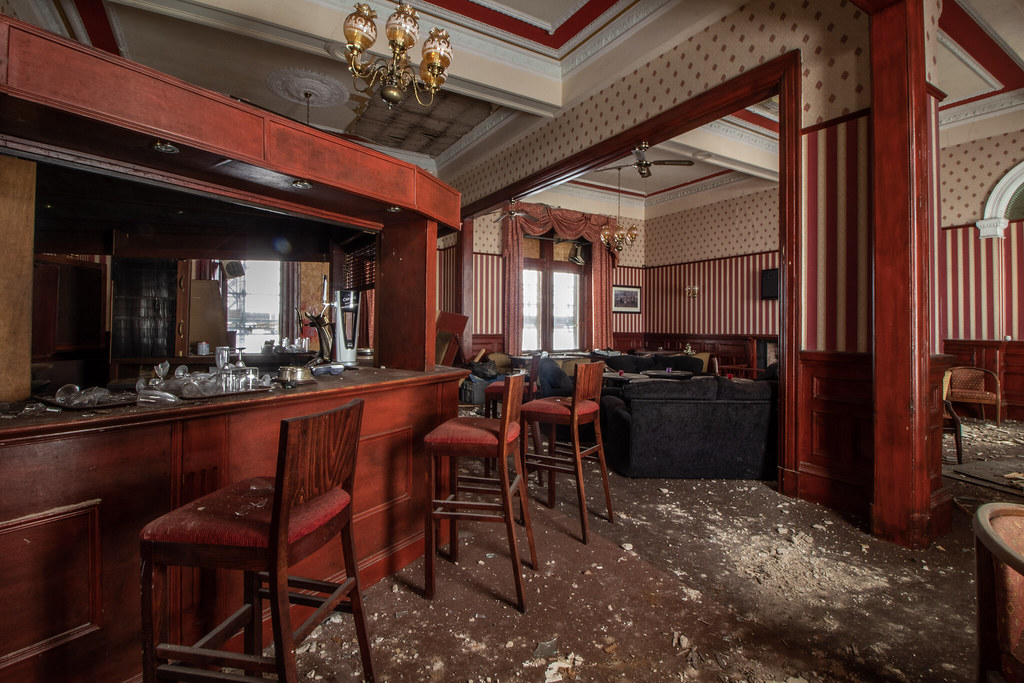 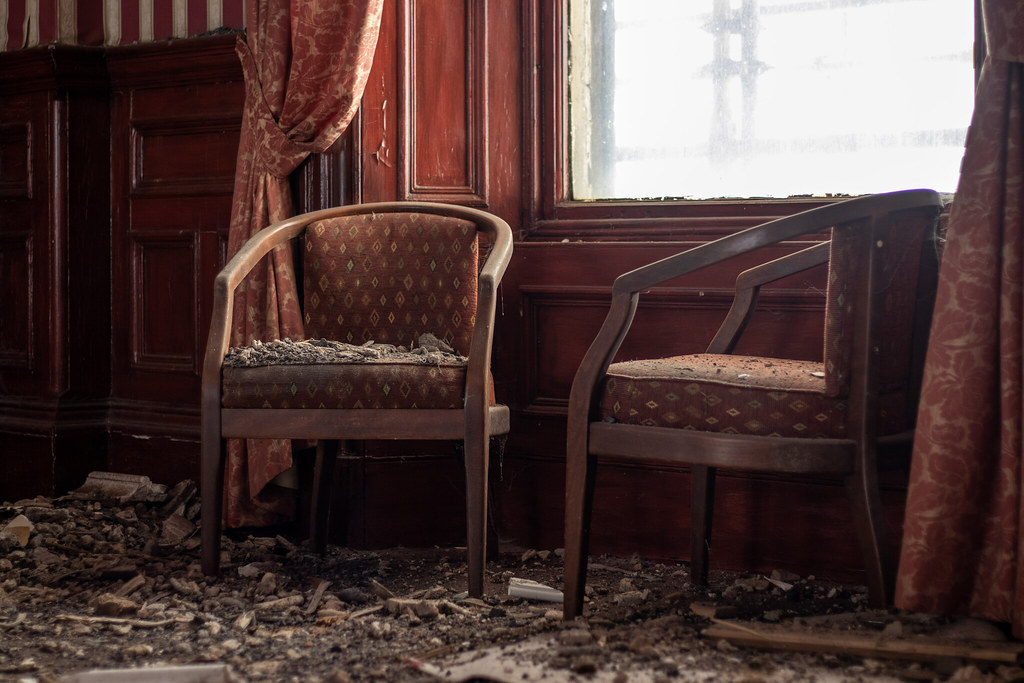 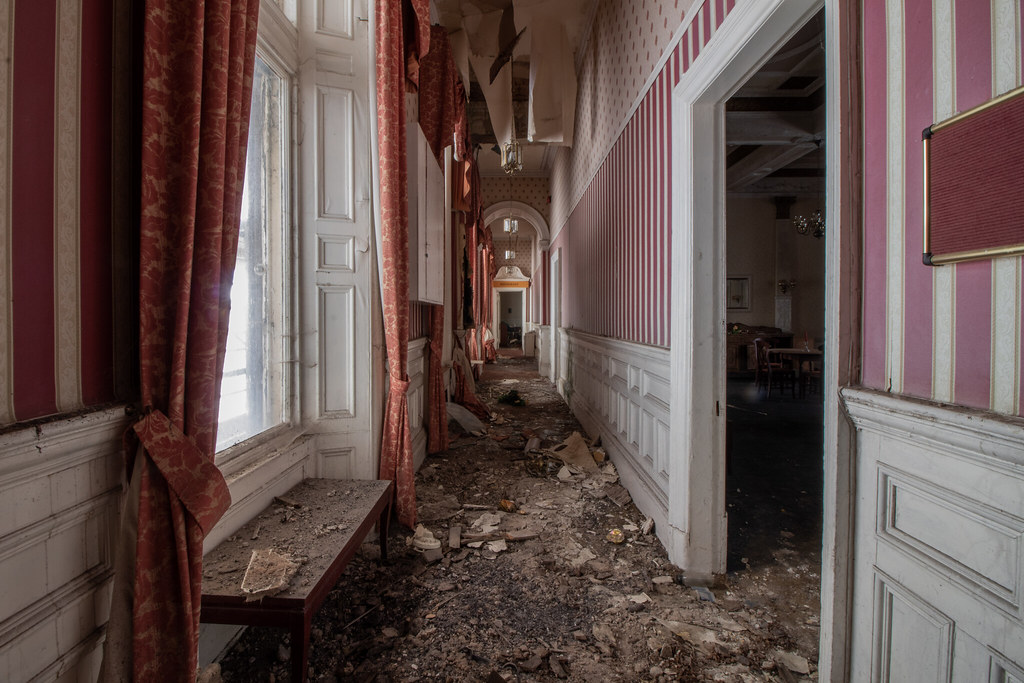 The awesome corridor heading past the Arran Suite to the restaurant and kitchens. 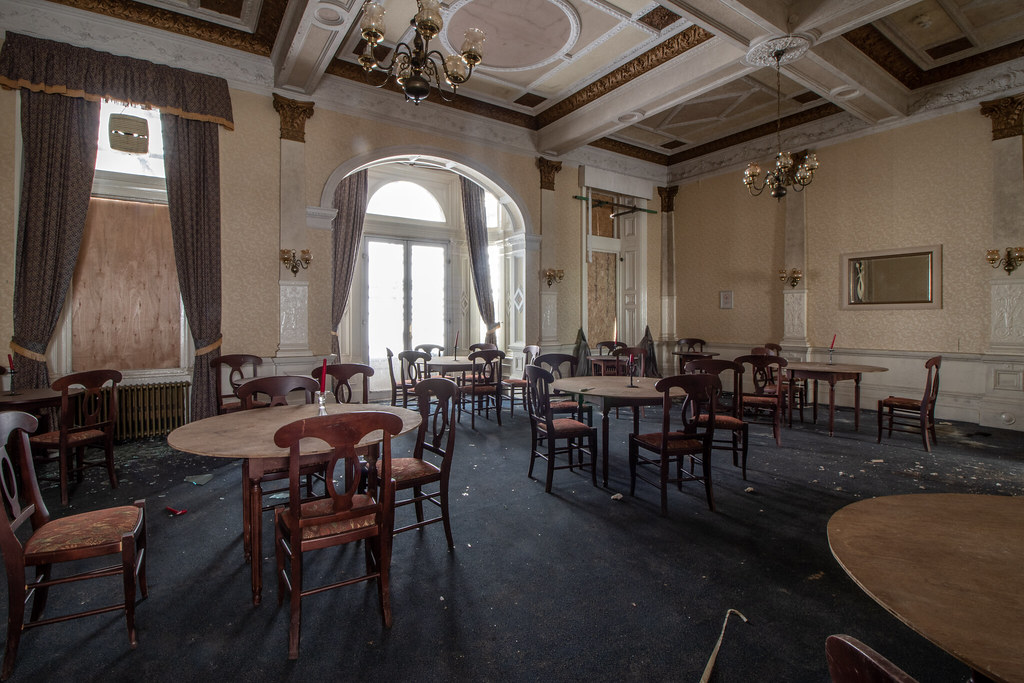 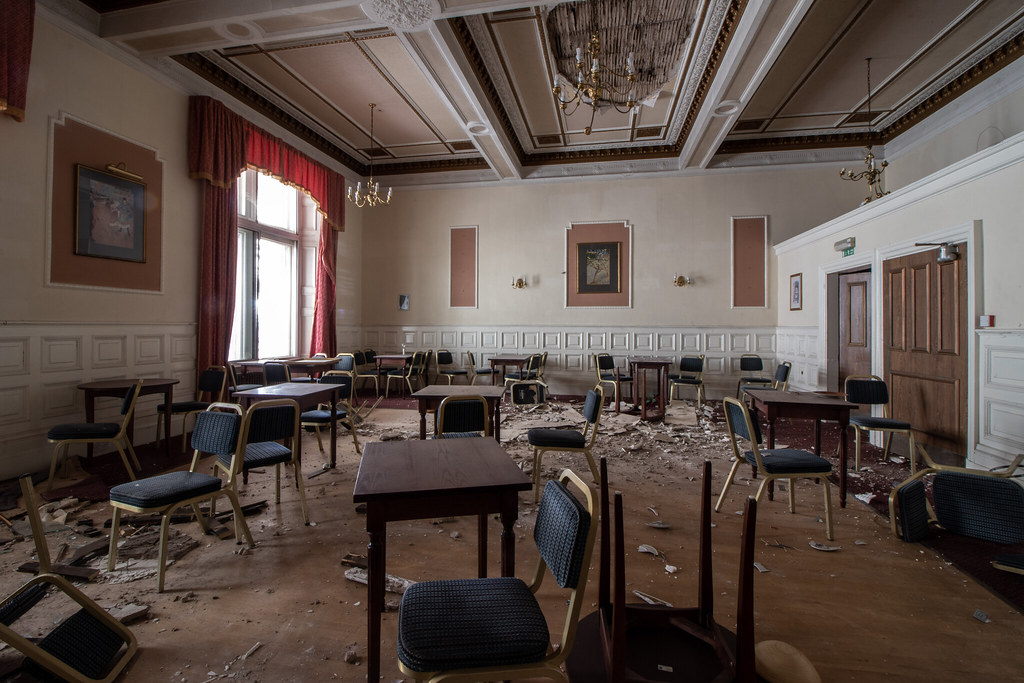 Restaurant. Each room had different but grand ceilings which I really liked. 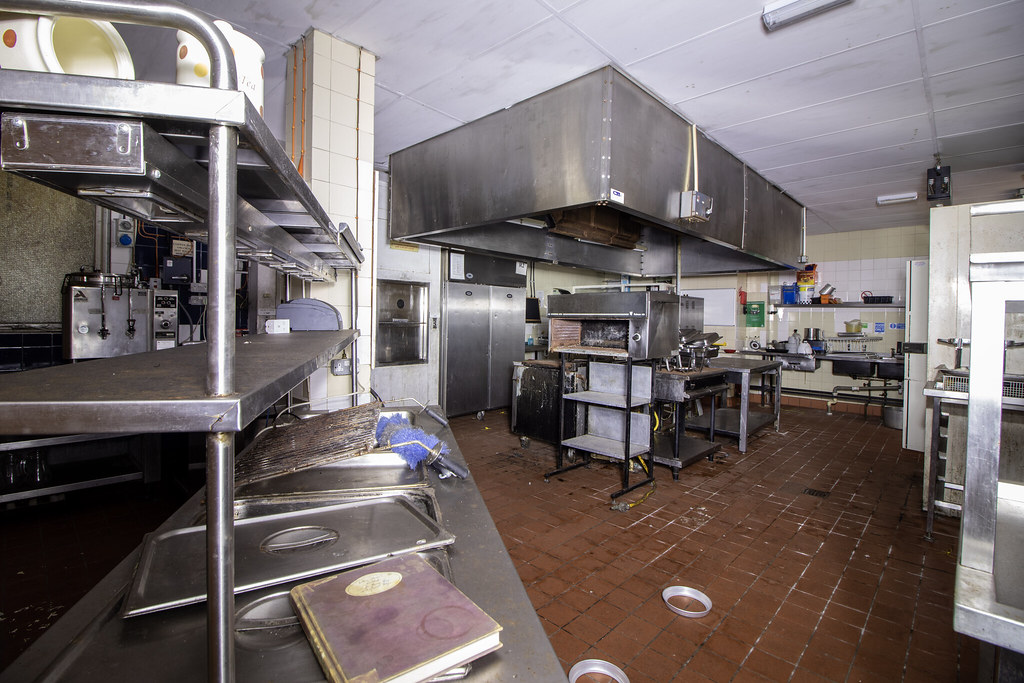 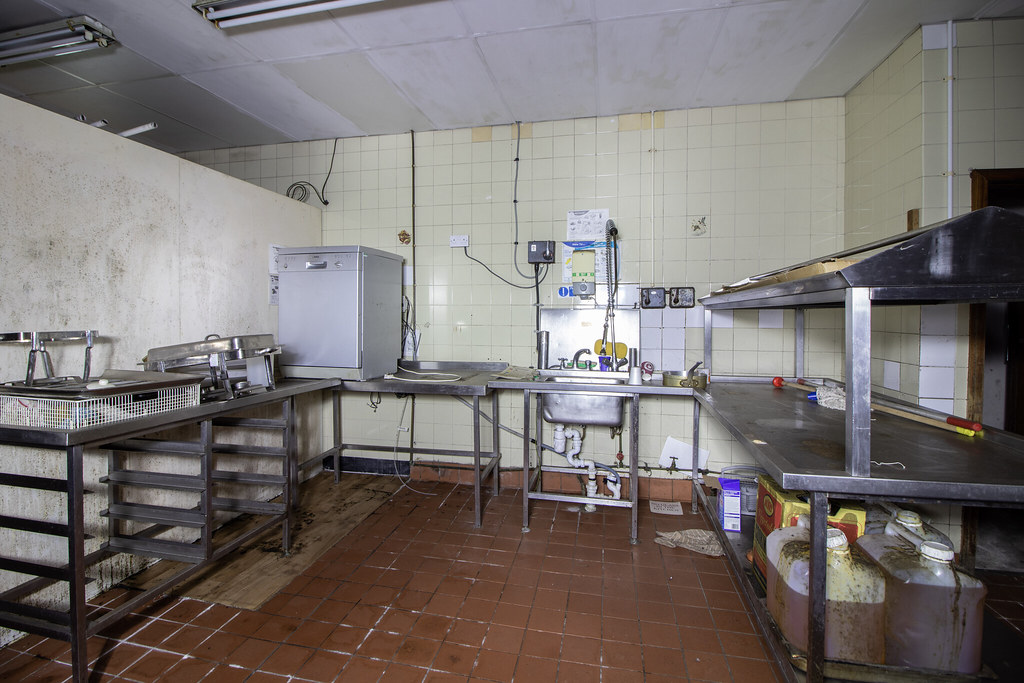 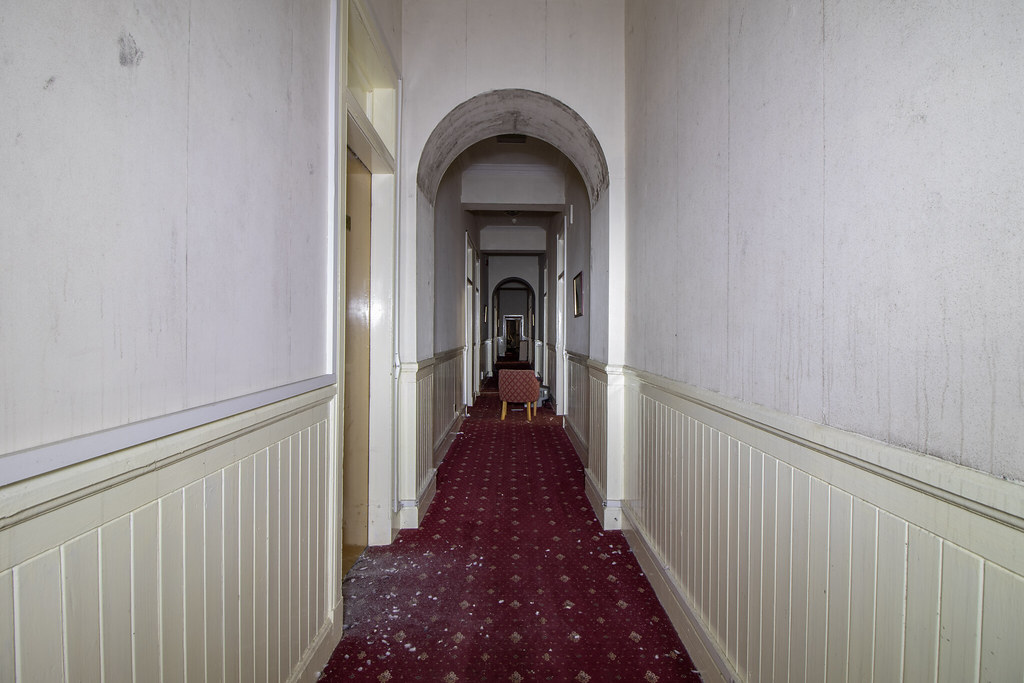 The upstairs rooms consist of staff and visitor bedrooms. It is very repetitive so here are a selective few shots. 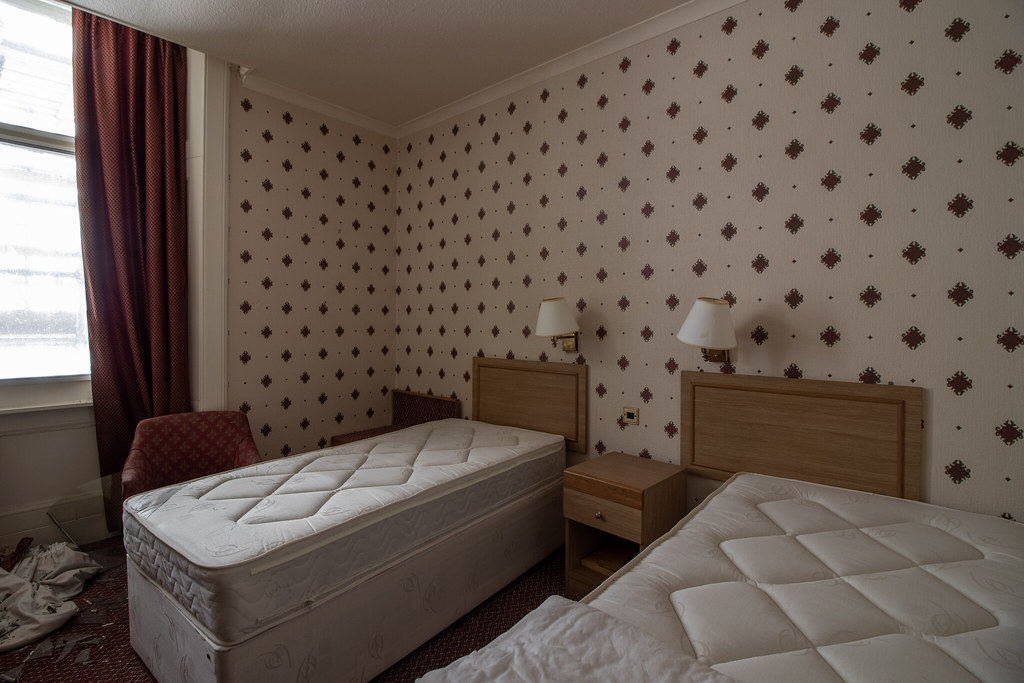 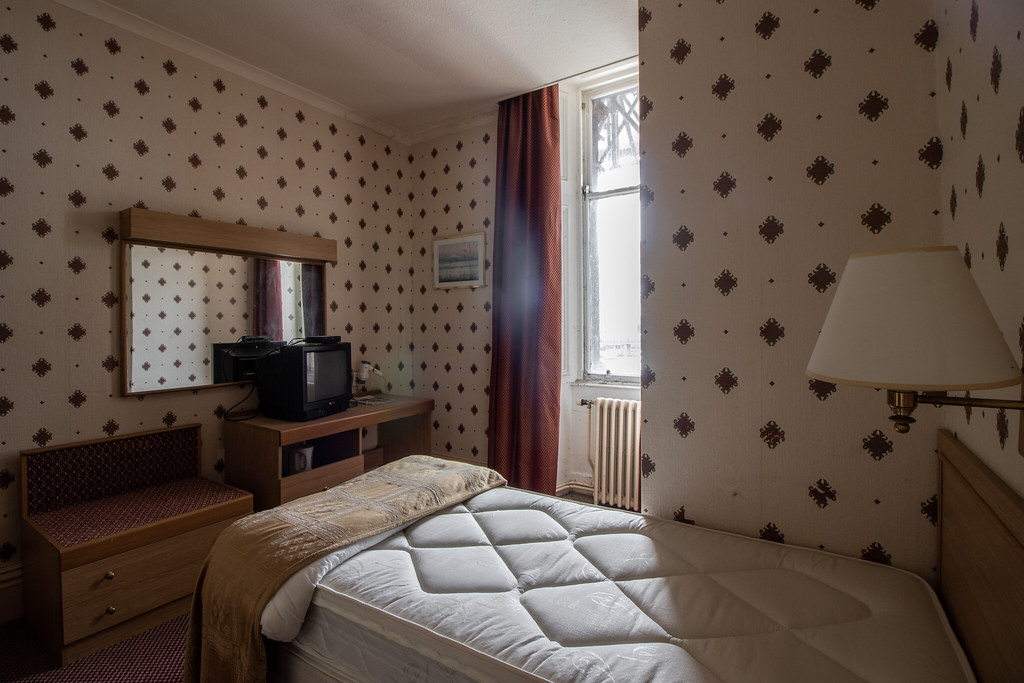 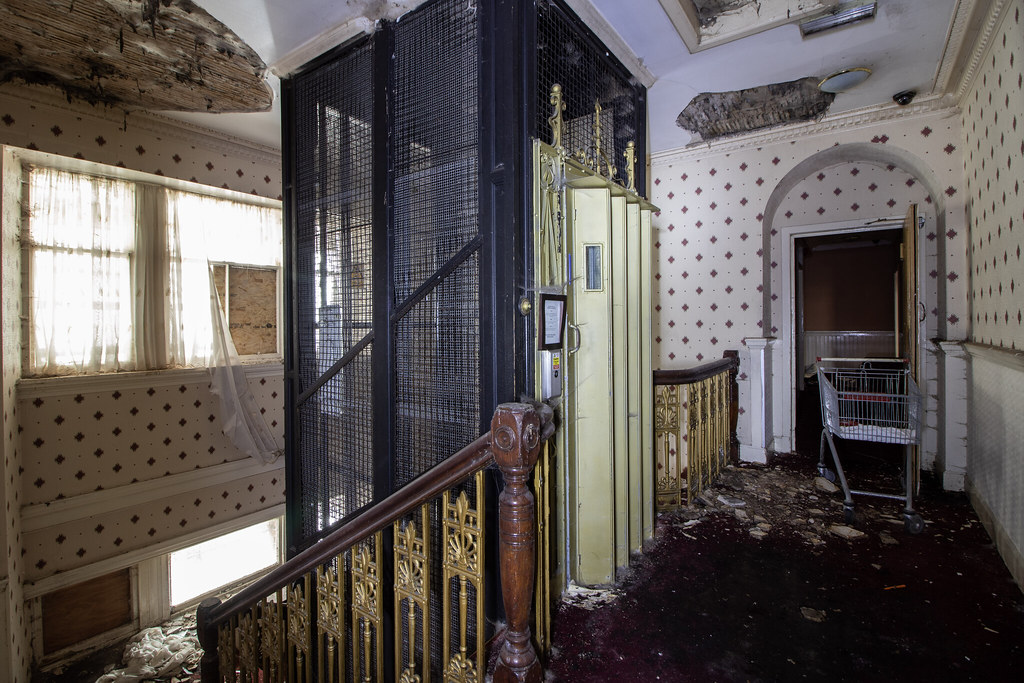 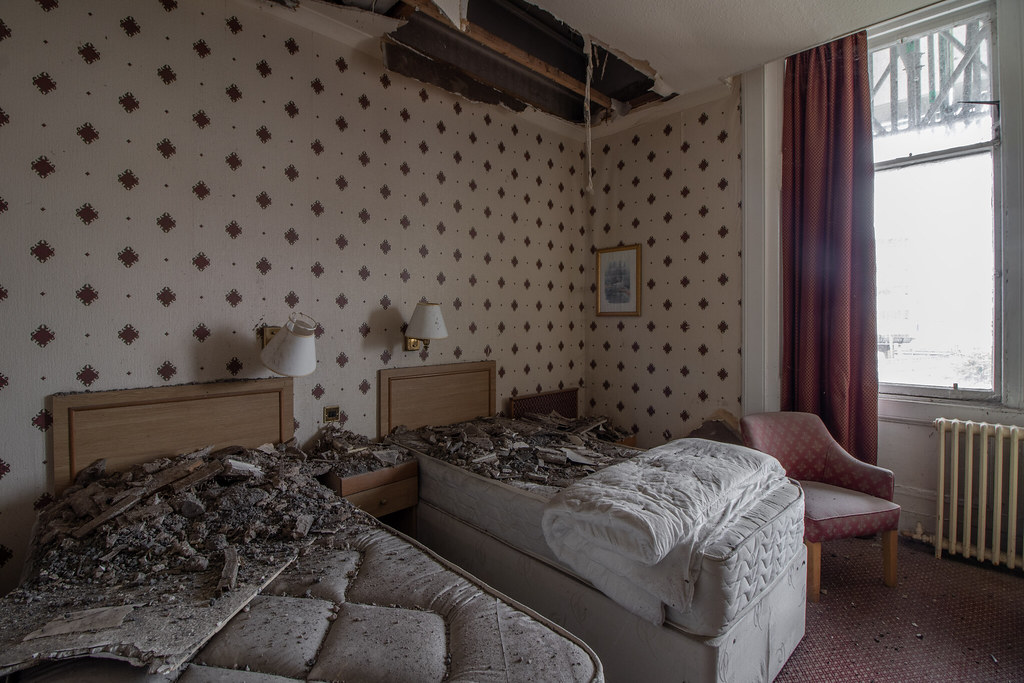 Here is the link to our documentary styled video on the hotel. We cover the building's past, present and future through cinematics and narration:

Fascinating! My father and I actually stayed there for a couple of nights when we took a trip on PS Waverley and then went over to Aran with the car. Good to see that lift again. It had manual doors and there was a constant loop recorded message playing inside the lift reminding users to close the doors on exit - because if you didn't it would remain on the floor you alighted in and prevent others from using it. Obviously funds must have been tight back then otherwise the lift would have been modernised. John

Here are the two photos I took of the interior back in 2003: 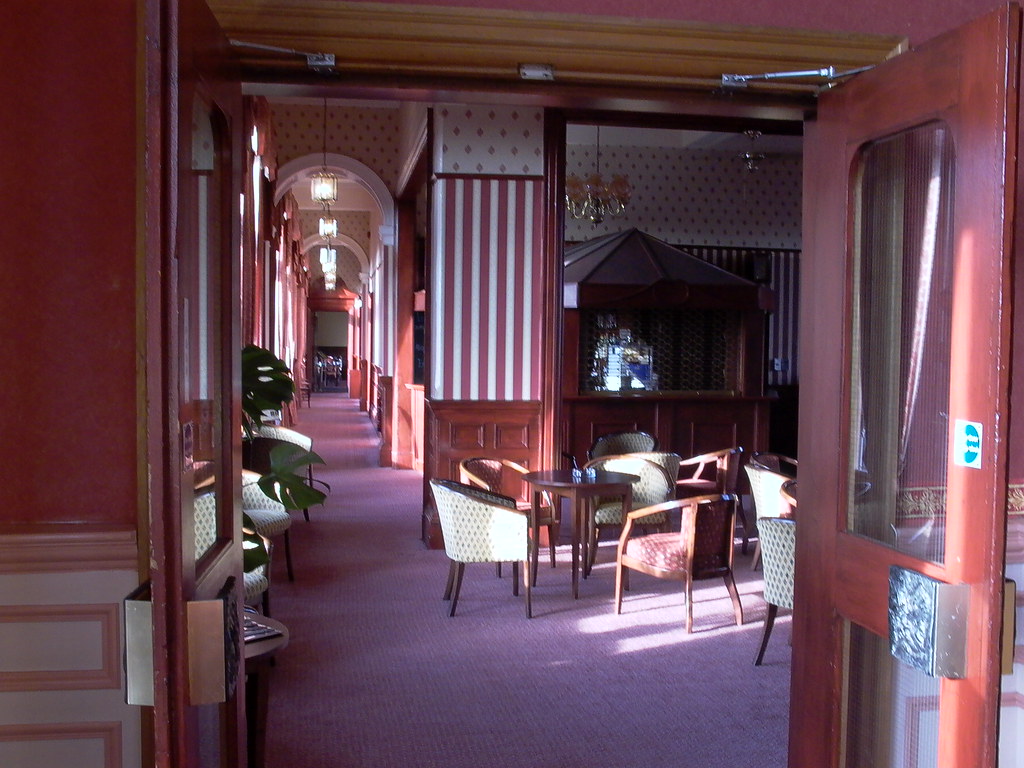 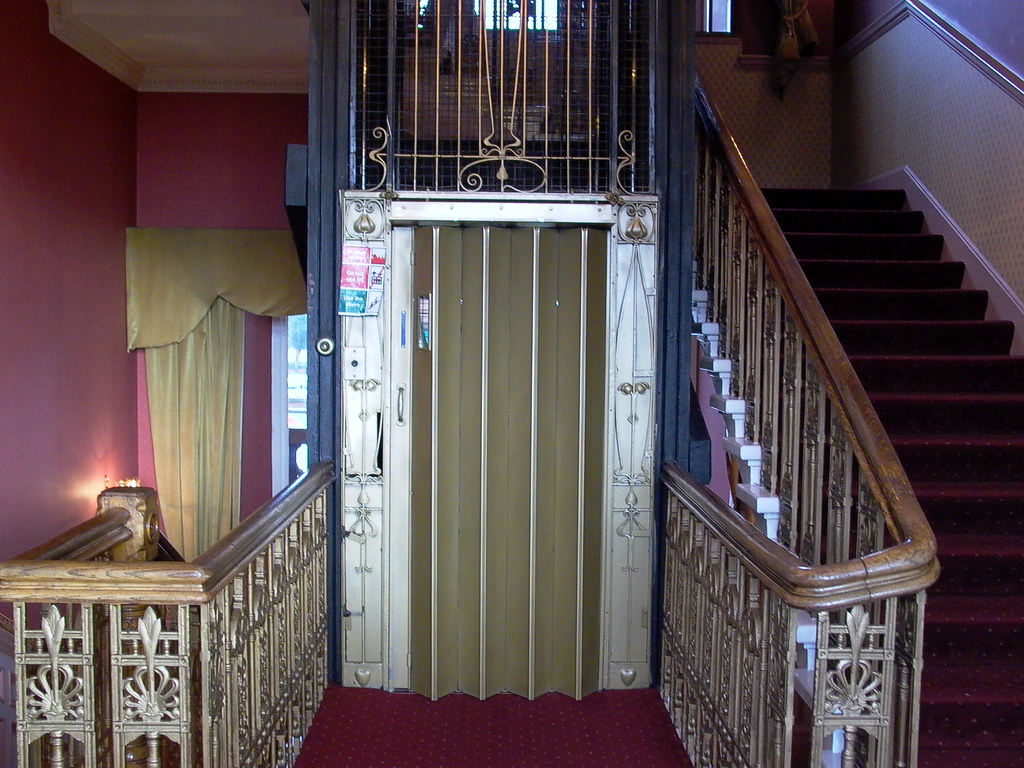