Couldn't find much history on this place, however this fire sustained severe fire damage during an arson attack that occured at the site in July 2017 resulting in most of the building being an open ruin. We guessed that the building was last used in 1990s/2000s.

During our explore we encountered that the site that the building occupies we discover that the building was extremely vegetated. The former driveway that used to lead to this once luxury had been taken over by plants, nettles, brambles, long grass, pushes, small trees and there was a large tree log that had fallen over. After surpassing the masses of overgrown land we had finally made it to the front of this house. Upon arrival we immediately enter the old house. Inside the building we see large amounts of decay and due to the 2017 fire see here for information about the fire there was no roof to the building and so meant that the building was to some extend outdoors with piles of bricks and rubble, upper floorboards turned into charcoal, staircase covered over with excessive amounts of rubble. Most of the rooms had fully opened up to the outside and were filled with mounds of rubble with pieces of old rusty and burnt furniture scattered across the floor.

Here are some of the pictures we took whilst inside and around the building: 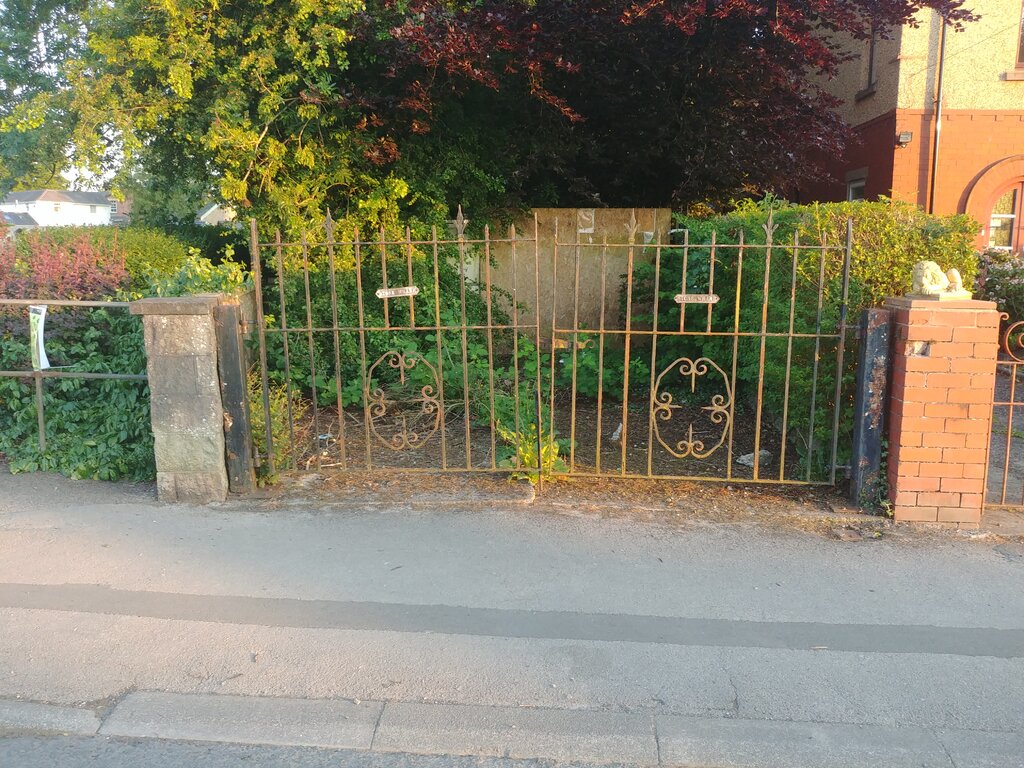 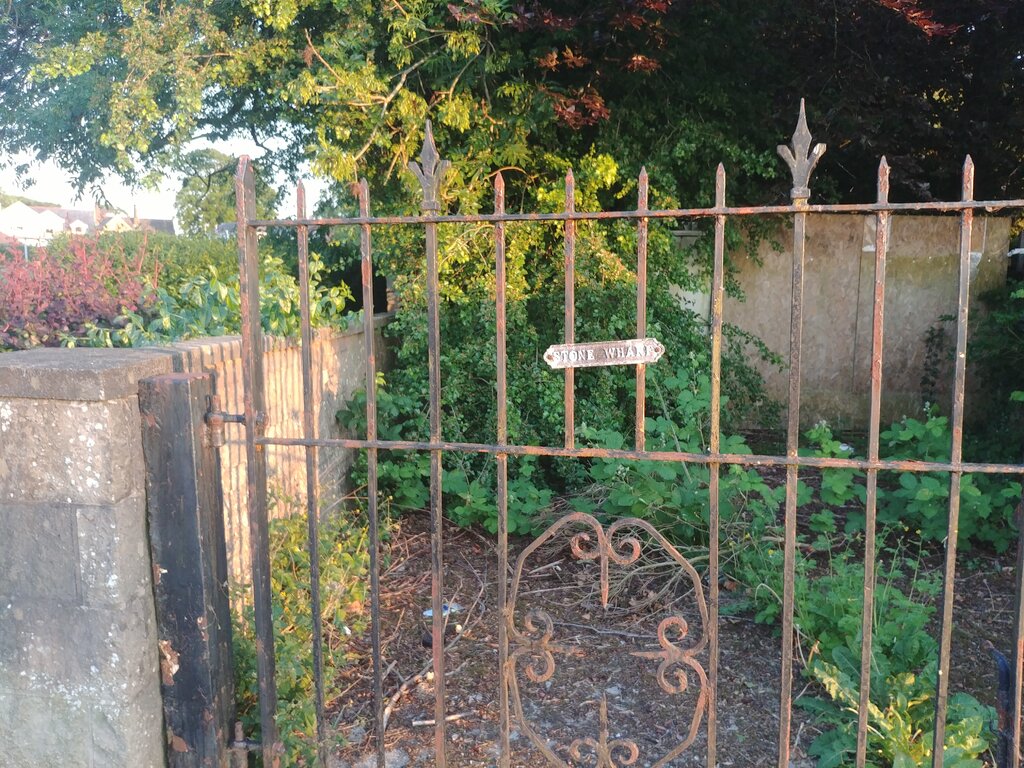 The former entrance to the property used durings its heyday with the "Stone Wharf" sign written on. 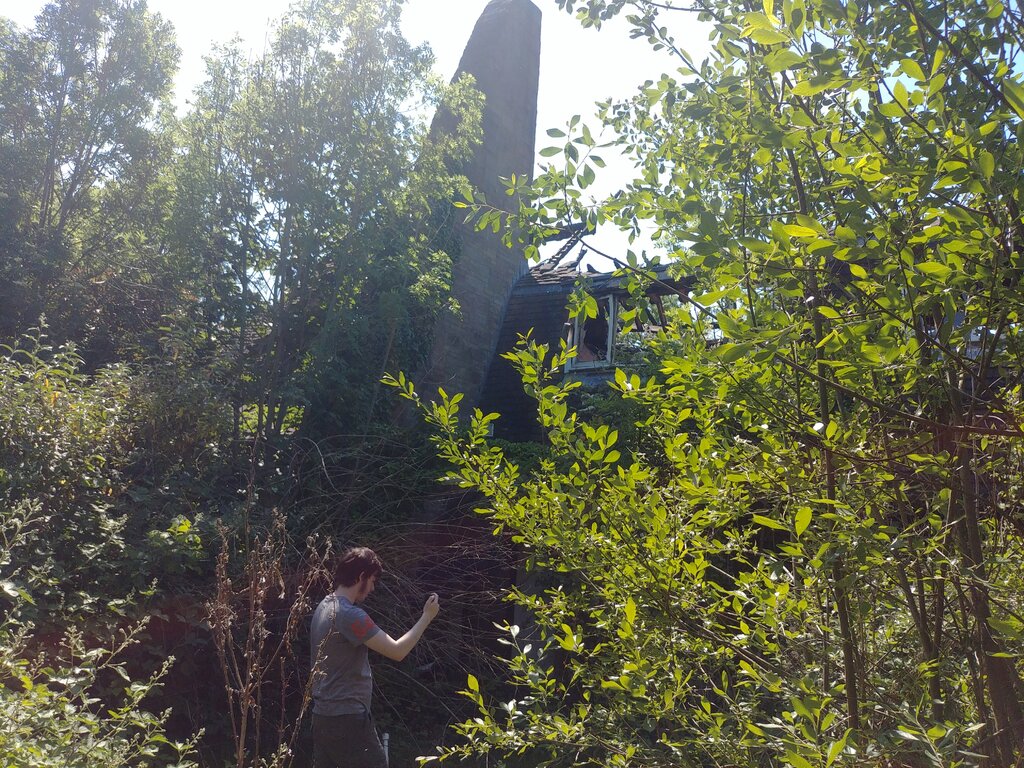 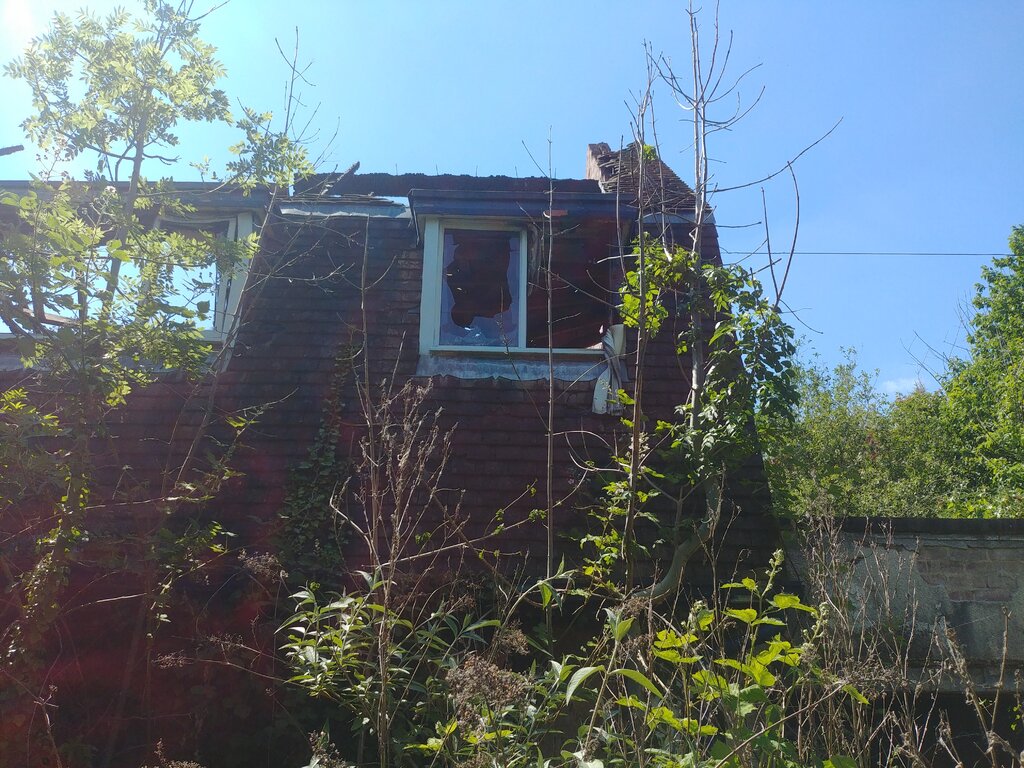 The front face of the once luxurious building. 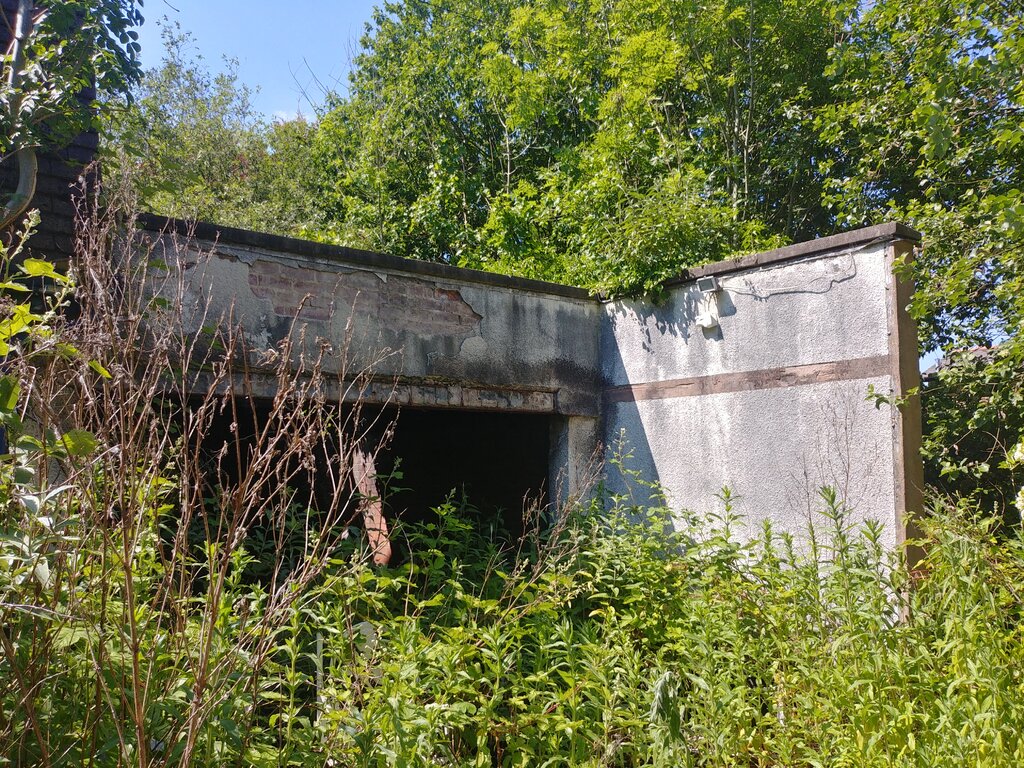 The excessively overgrown garage to the old house. 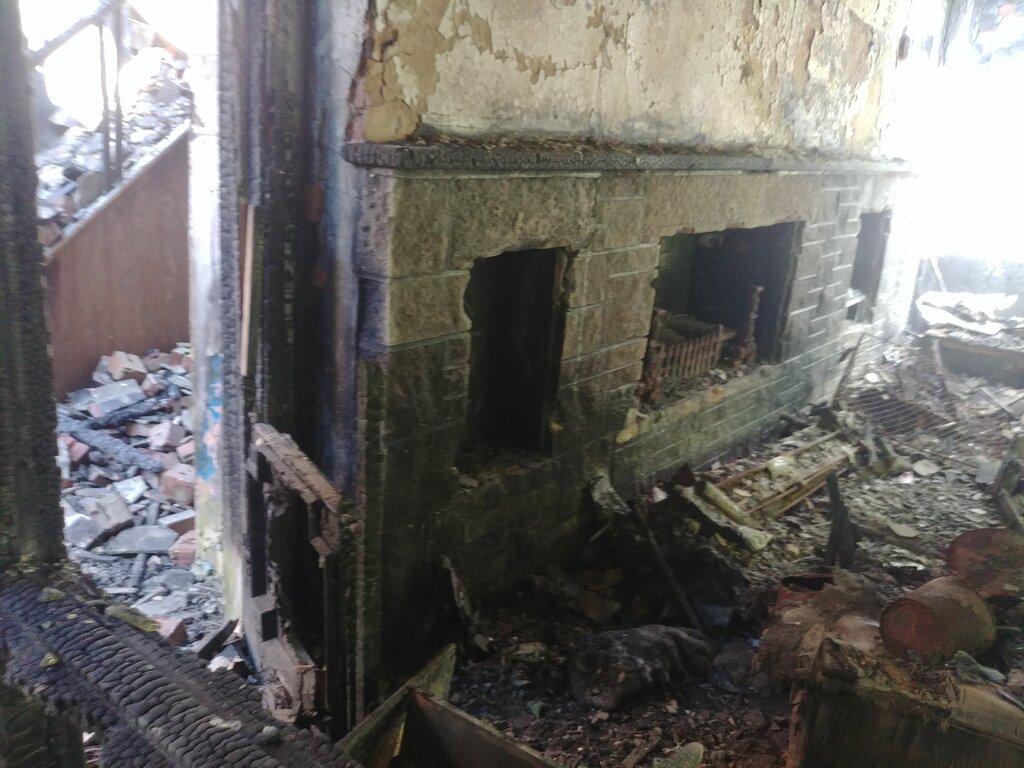 The old living room to the old house where a fireplace can be seen. We believed that the burnt wall in the bottom left of the photo was a wall that separated two walls that was burnt down by the 2017 fire. 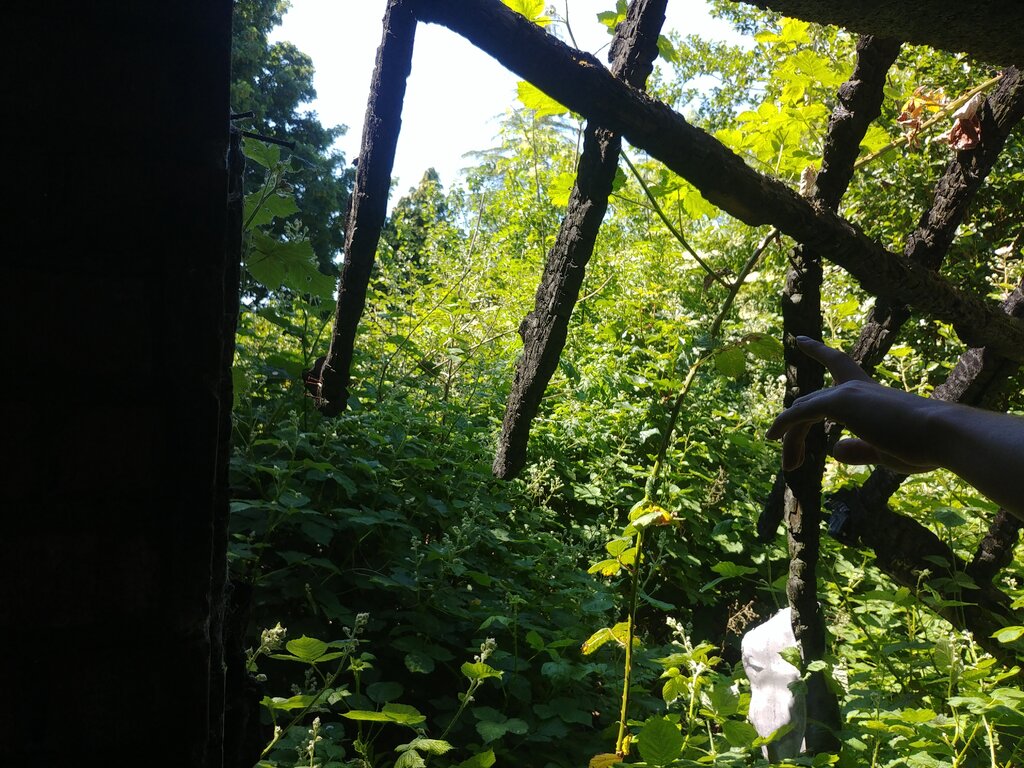 A burnt down part of the structure that leans over the vast overgrown garden. 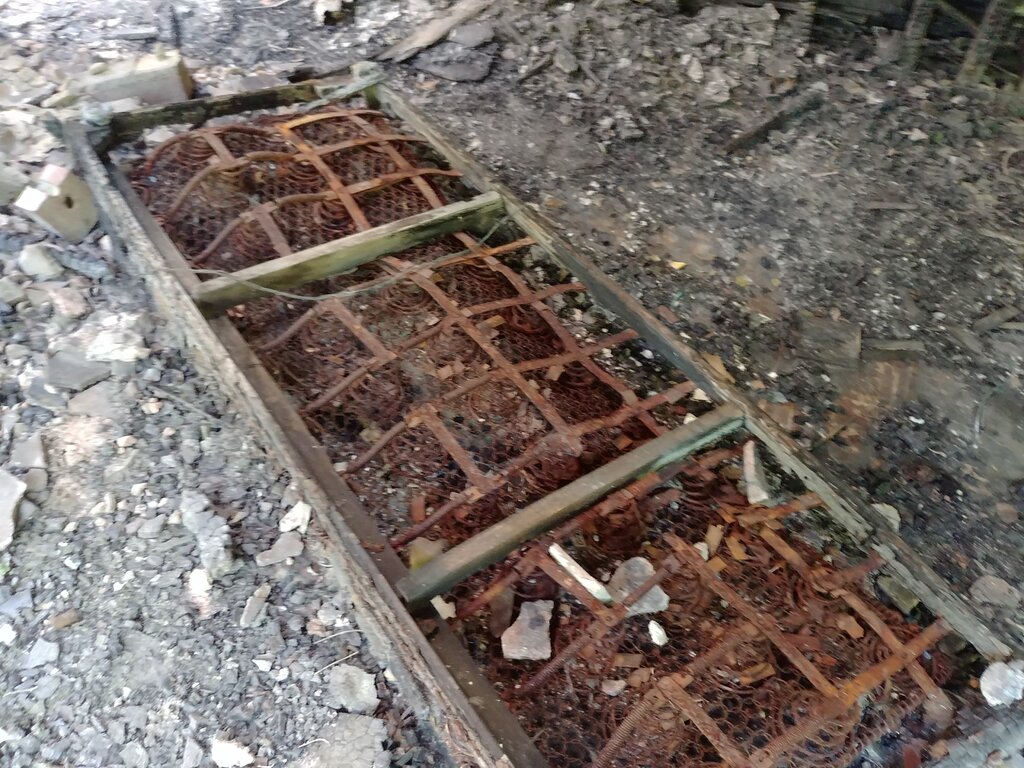 An old piece of furniture that lies in the remains of the old ruin. 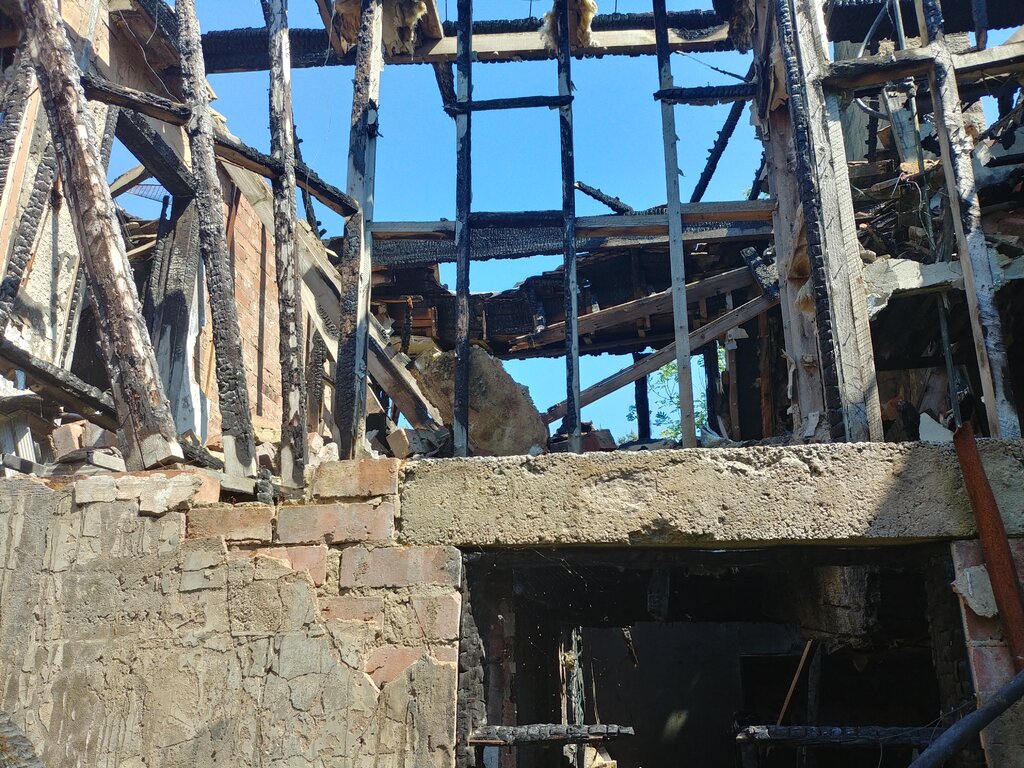 This picture was taken inside one of the old rooms that had become outdoors due to the walls and roof burning down during the fire. 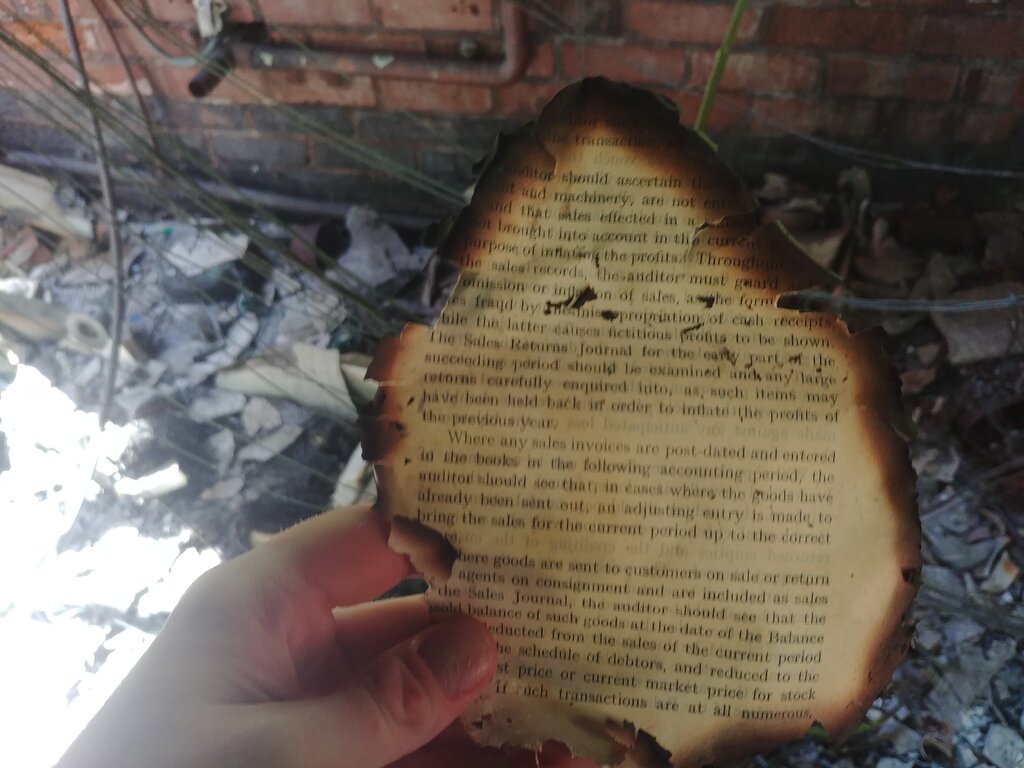 A page from an old book found in the garage that the edges burnt the book partially during the fire. 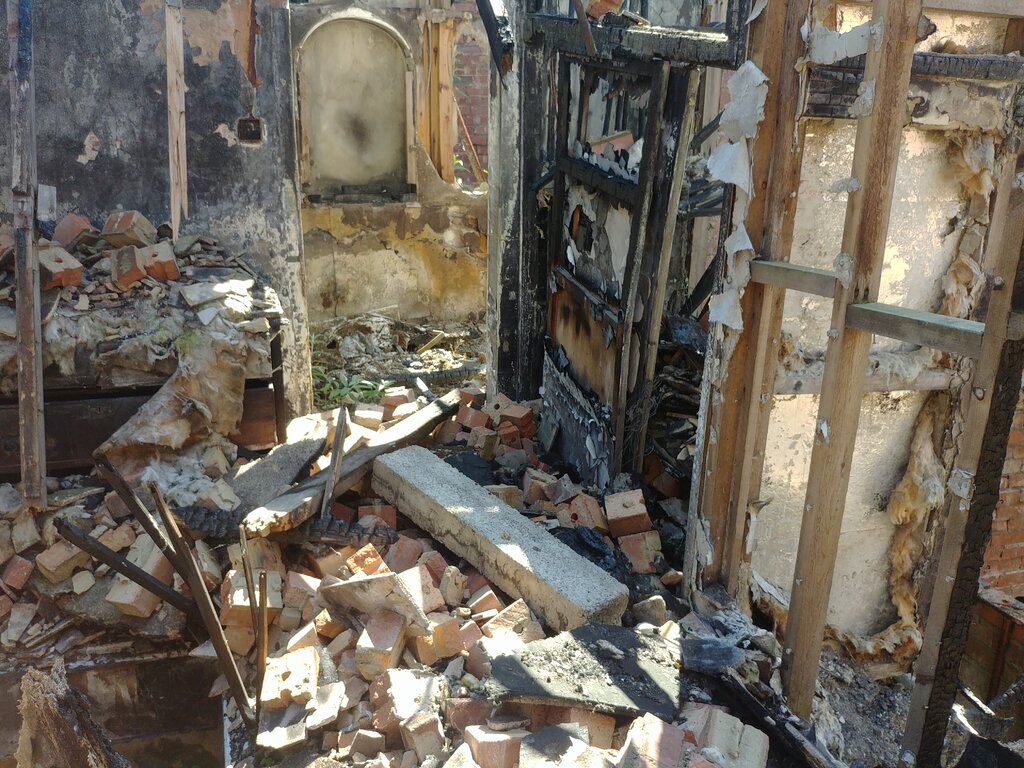 A glimpse of the very unstable upstairs of the old house. 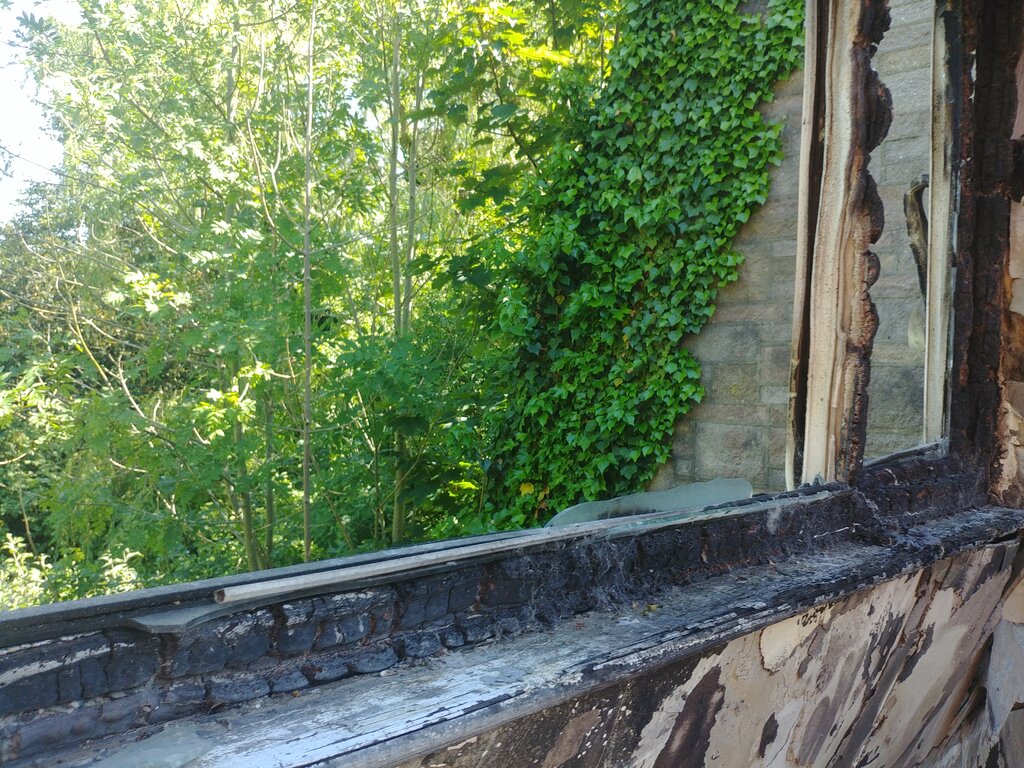 A view of the once proud top window of this house at the top of the very unstable staircase. 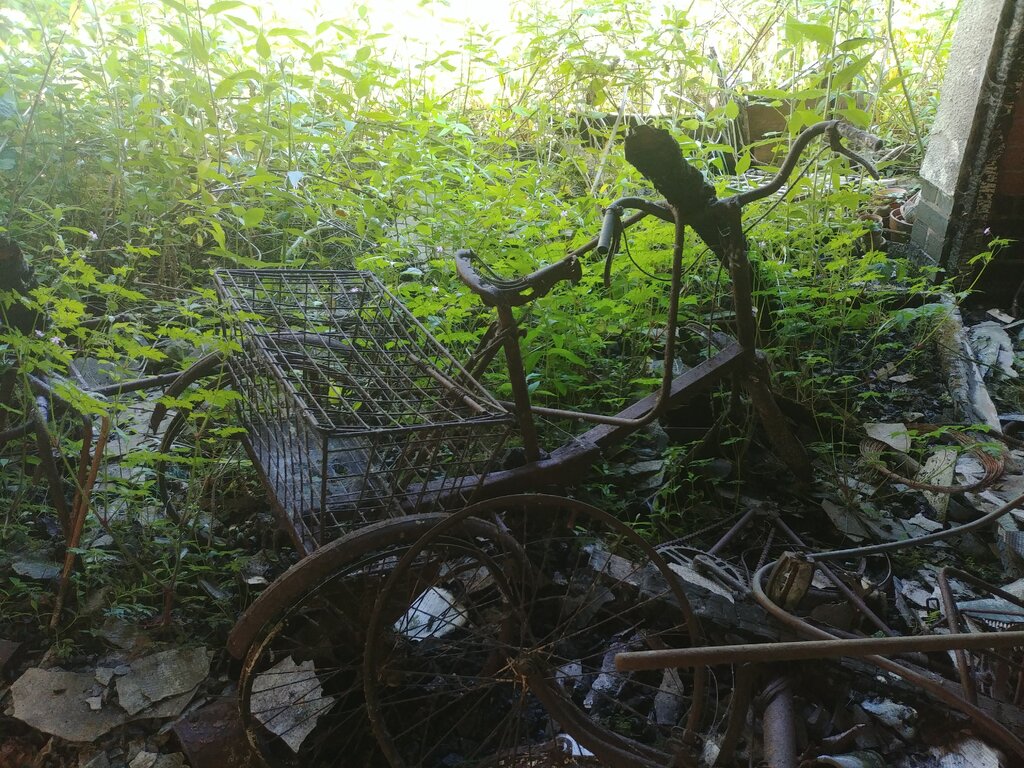 An old rusty bicycle found in the garage of the building that the previous owners left behind when they vacated the property. 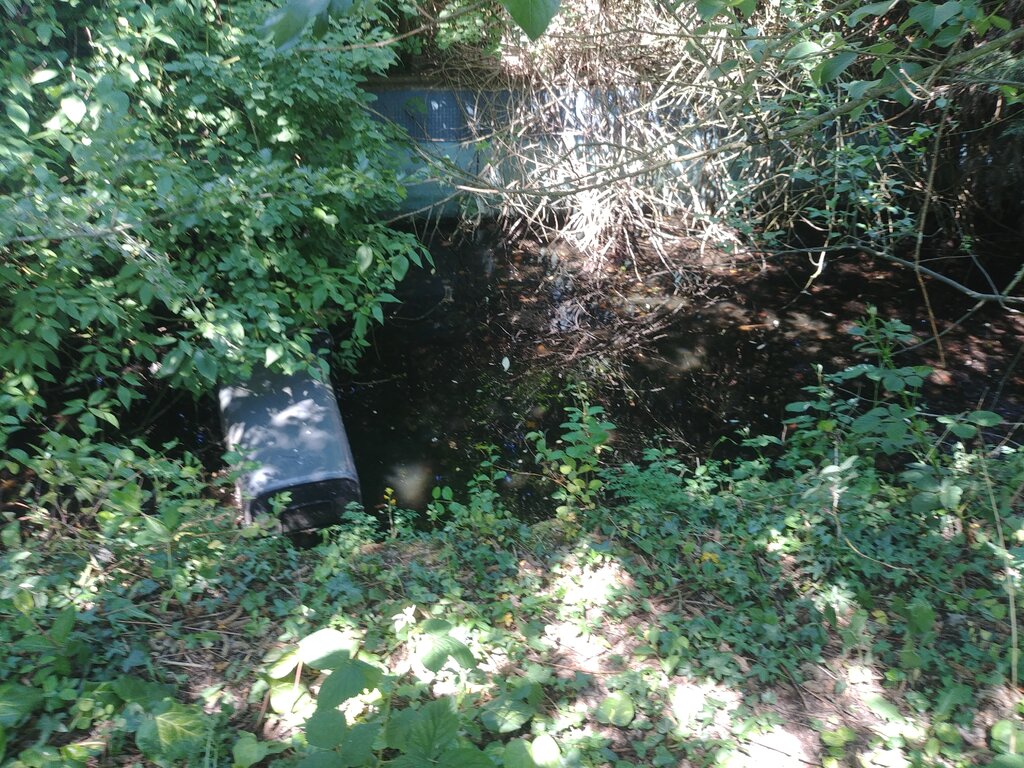 This body of water in this image is not a pond like it looks if you look carefully towards the back of the photo this is actually an old swimming pool as shown by the tiles at the back. 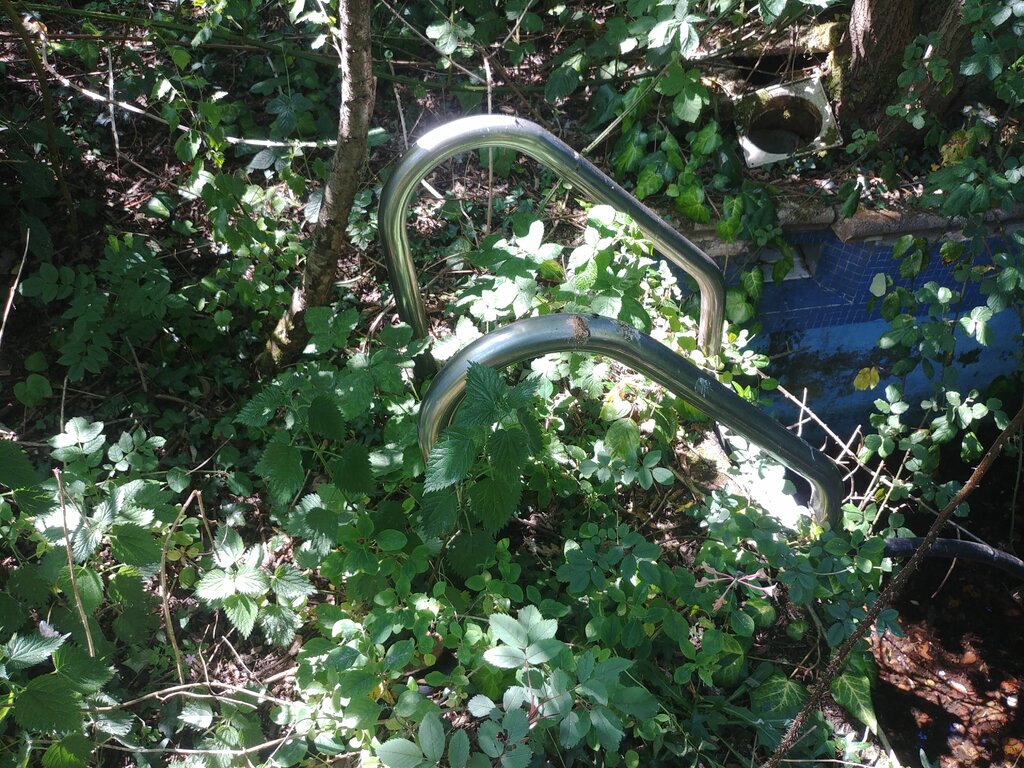 The old metal step ladder for the pool that nature has taken over as shown in the photo with a glimpse of the pool to the right.

That place is just a mess. Just goes to show how much devastation a fire can do.
F


You what?! This fire sustained severe fire damage?


Just winding you up