This one has been long in the making and a good way to end 2017. I've been to the newer bit more times than I care to admit, however the older bit had alluded me for a long time. After multiple visits and too many fails to count we finally managed it with a bit of good timing and dash of good luck.

I'd heard that it isn't going to be too long till the place is getting flattened so it was a bit of a now or never explore.

"In 1899, Sutton Cottage Hospital officially opened its doors to the public. At the time, the hospital housed just six beds, and operated from two semi-detached cottages in Bushy Road, Sutton.

As the population of Sutton grew, so too did the hospital. In 1902, the hospital moved to a new site, which consisted of four small wards, an administrative block and contained a total of 12 beds. It was at this point that the hospital became known as Sutton Hospital.

In 1930, the hospital began the expansion process again, this time with a purpose-built clinic at the current site. In 1931, the new hospital was officially opened. When the National Health Service (NHS) was implemented in 1948, the hospital was incorporated into the St Helier group. The hospital continued to receive support from voluntary activity and charitable organisations.

By 1950, further beds for inpatients were desperately needed and two further wards were added. Late in 1957, a new outpatients and pharmacy was added to the complex. By now, people were beginning to live longer and the increasing number of elderly people requiring care was putting added pressure on the hospital. A new geriatric rehabilitation unit was opened in 1959.

In 1983, a district day surgery unit was opened, meaning that patients could be treated and discharged within the same day. During 1990, the hospital underwent further improvements, and a work began on building an orthopaedic surgery. Patients first arrived for treatment here in January 1991."

>Block A is filled with half the pigeon population of Sutton and is truly vile. I might eventually get round to
doing it properly, but its not an appealing one!

>Block B is well decayed, but still has a quite a few things left inside and isn't too disgusting. The best one
IMO.

>Block C is very clean apart from a bit of graffiti but is empty and boring. We spent about 30 minutes in here
but the camera never came out the bag.


Block B is the only one worth doing really IMO. 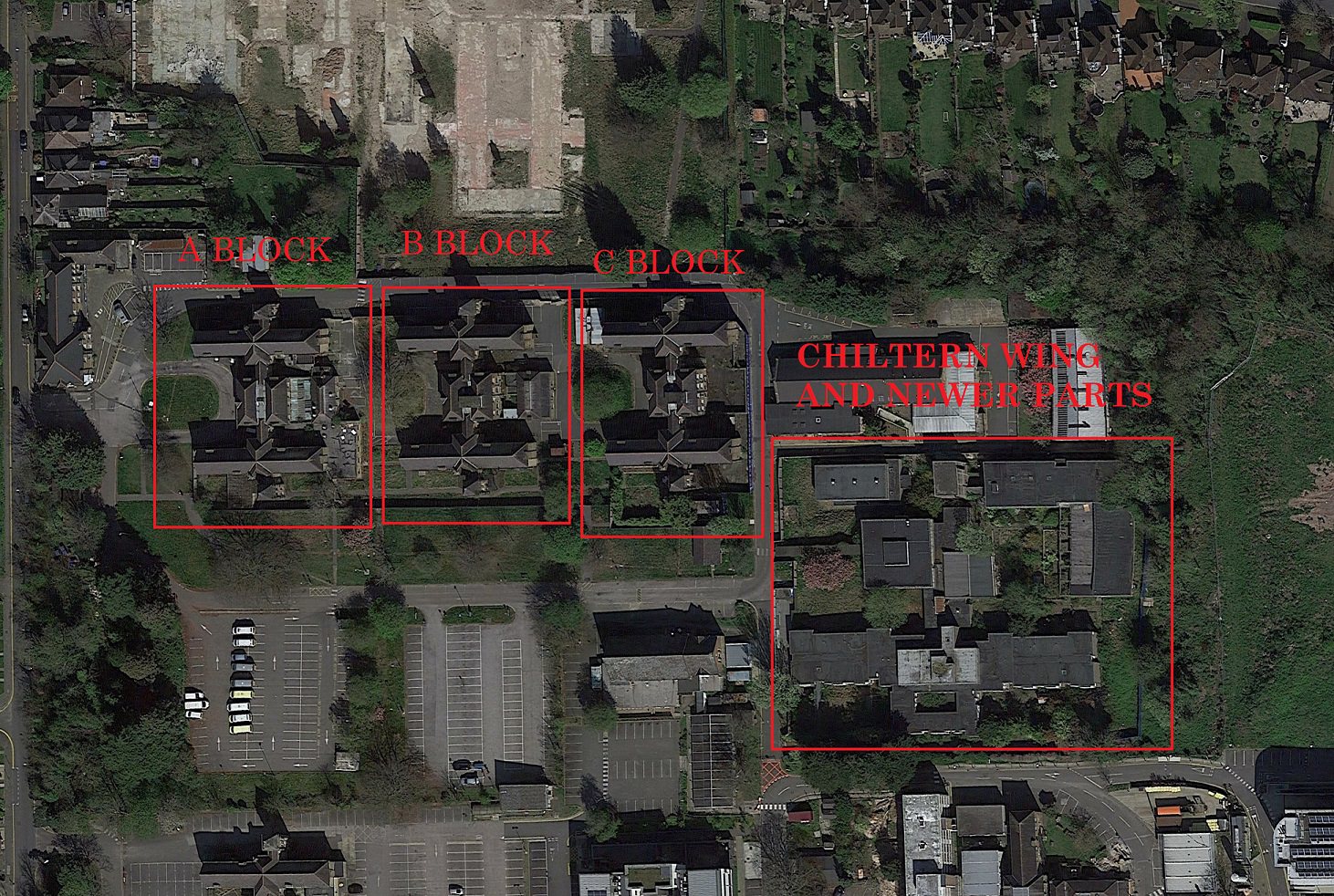 Visited with Brewtal and Prettyvacant71. A morning adventure that went without too many hiccups.

We nipped into Block C first but quickly realised it wasn't very interested and elected to go to Block B instead as I'd heard it was the 'best' bit.
Its got some fantastic decay but isn't totally trashed or smashed up. It's got a some nice original features still remaining.

You could see where they had cleared some of the pigeon droppings using large sheets, but there was still enough in certain parts to warrant breaking out the dust mask for a less pleasant areas.

A nice explore and a good end to a busy year of exploring. Hopefully 2018 brings more great explores! 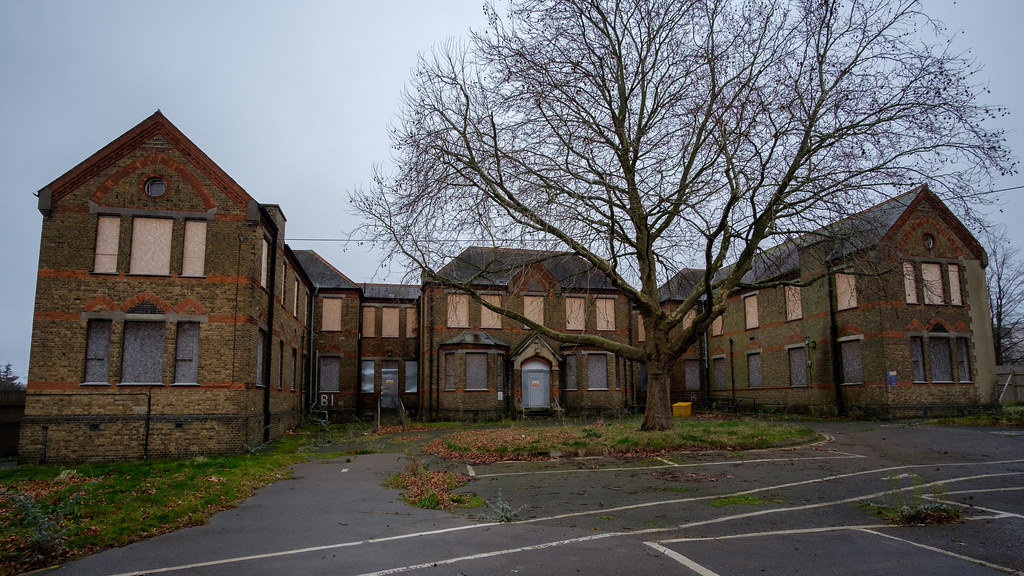 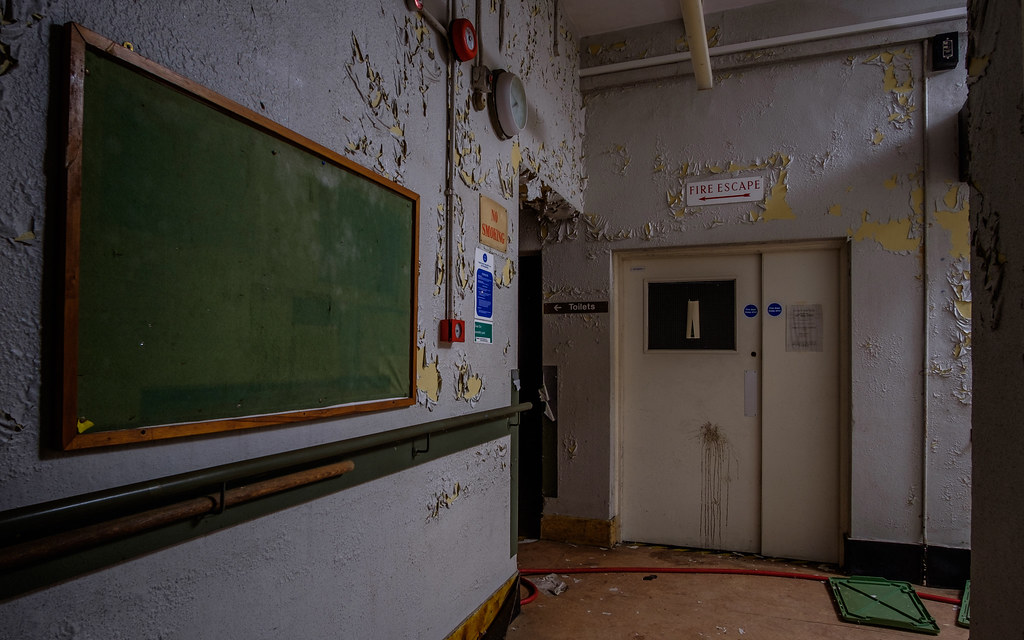 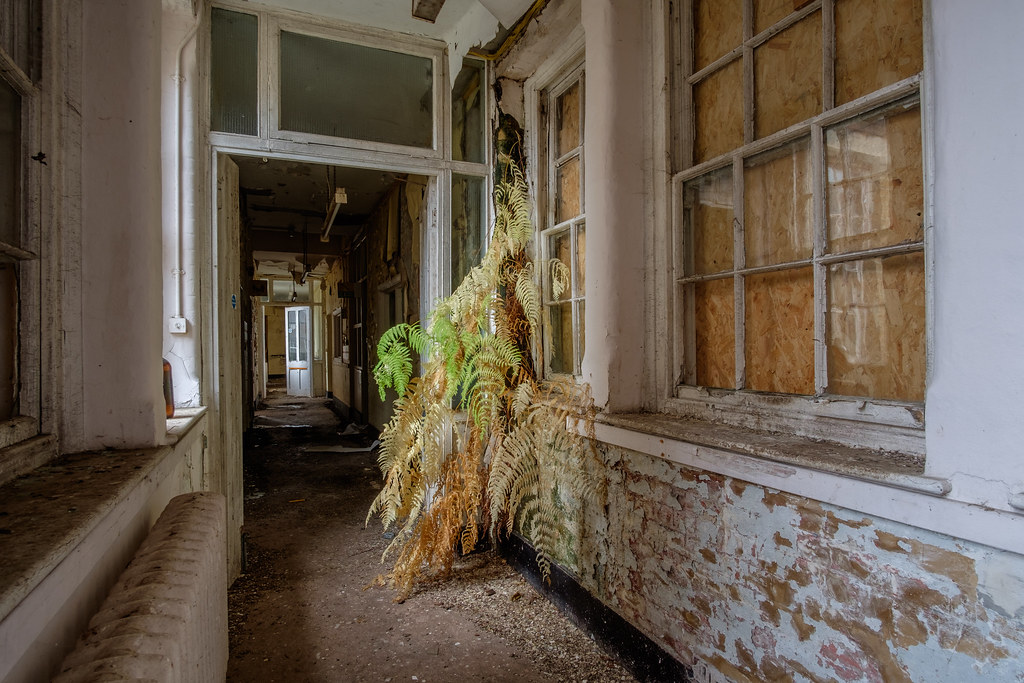 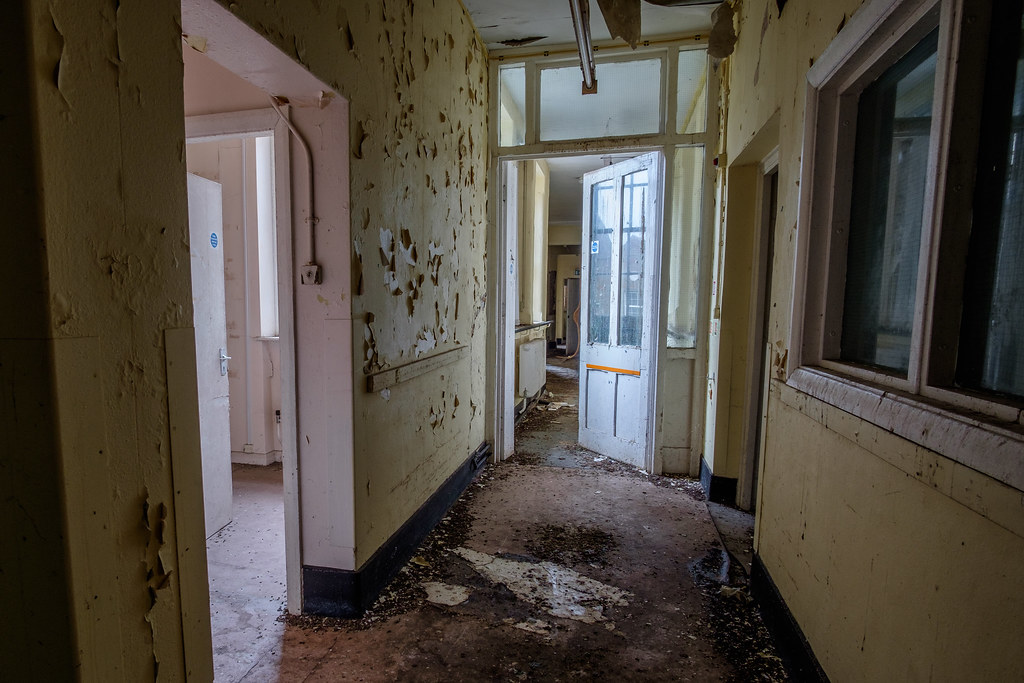 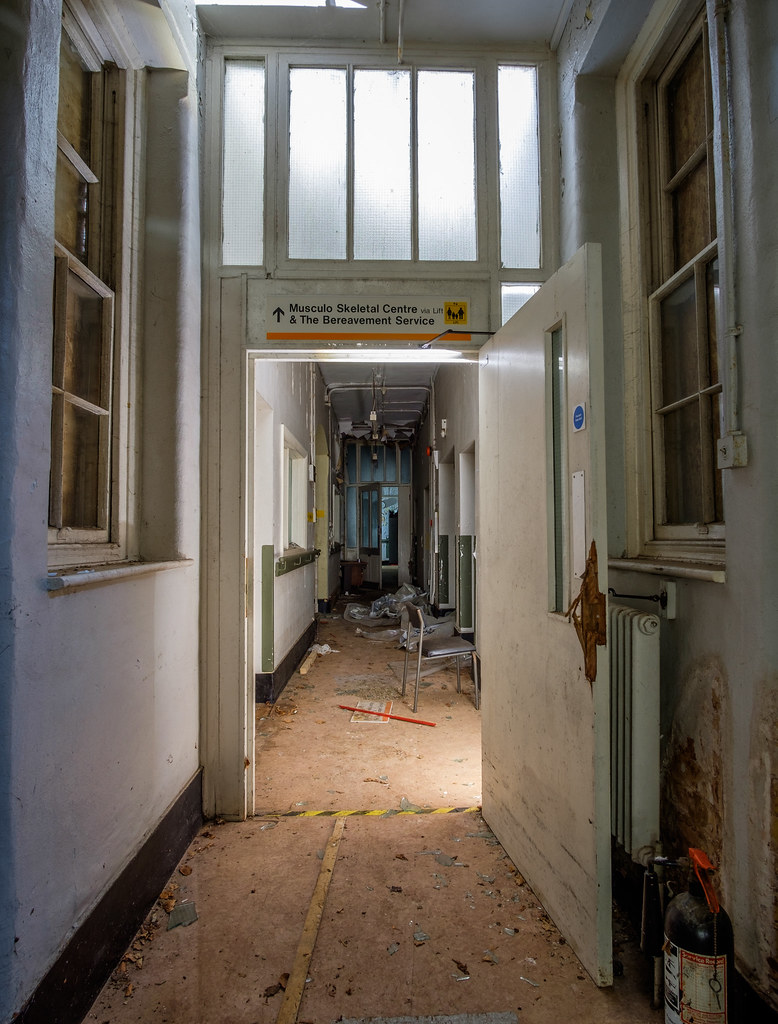 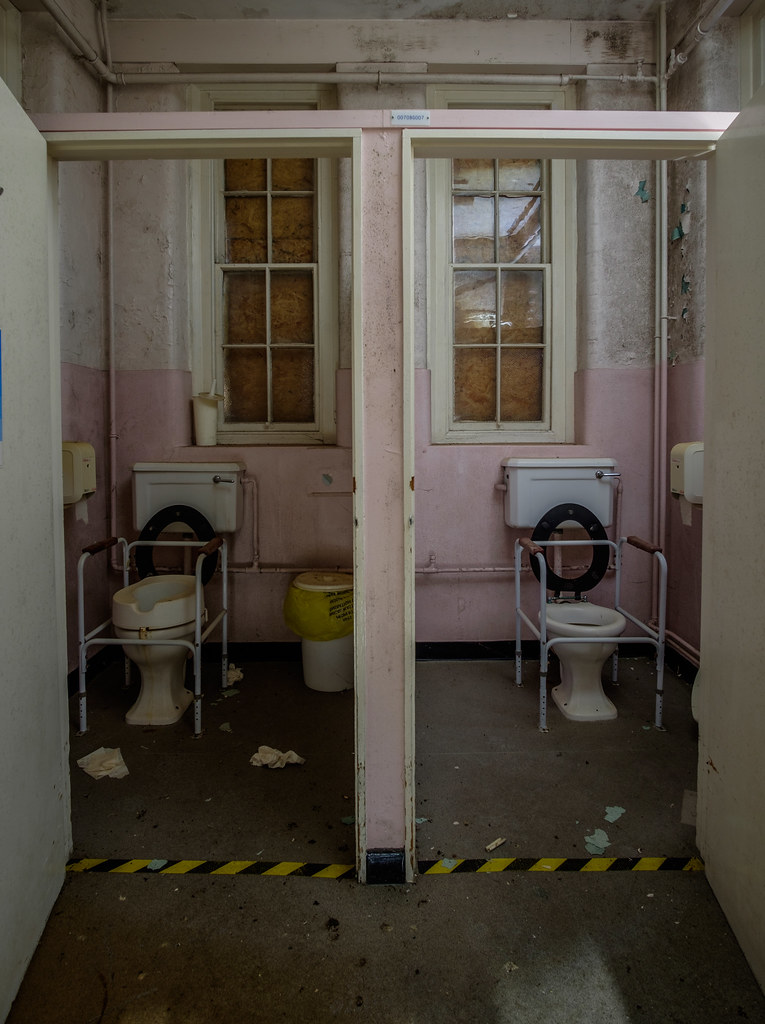 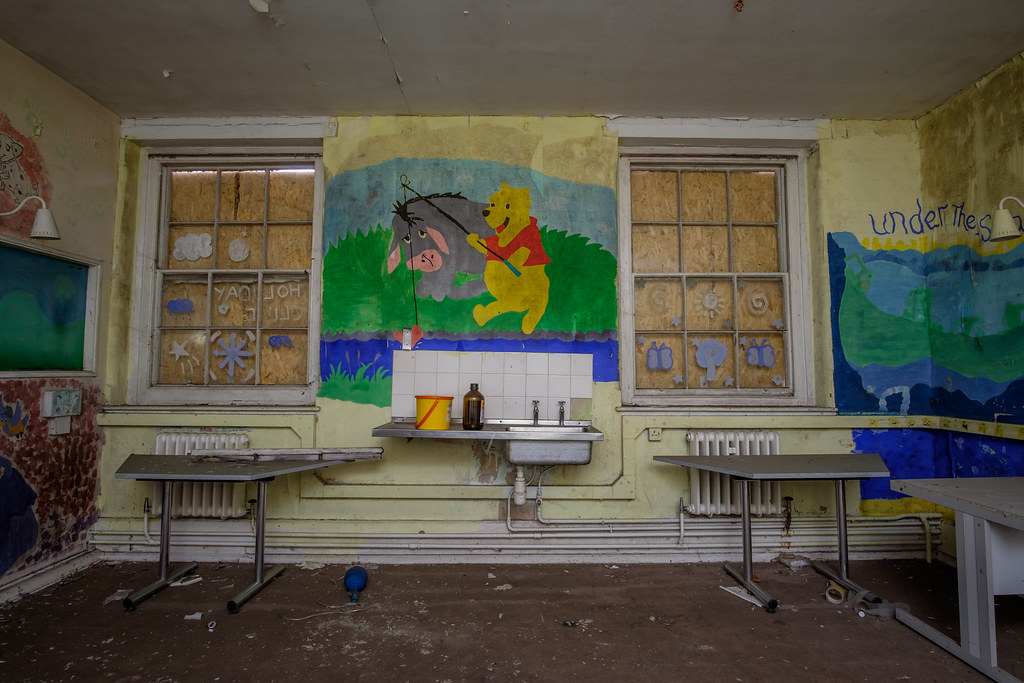 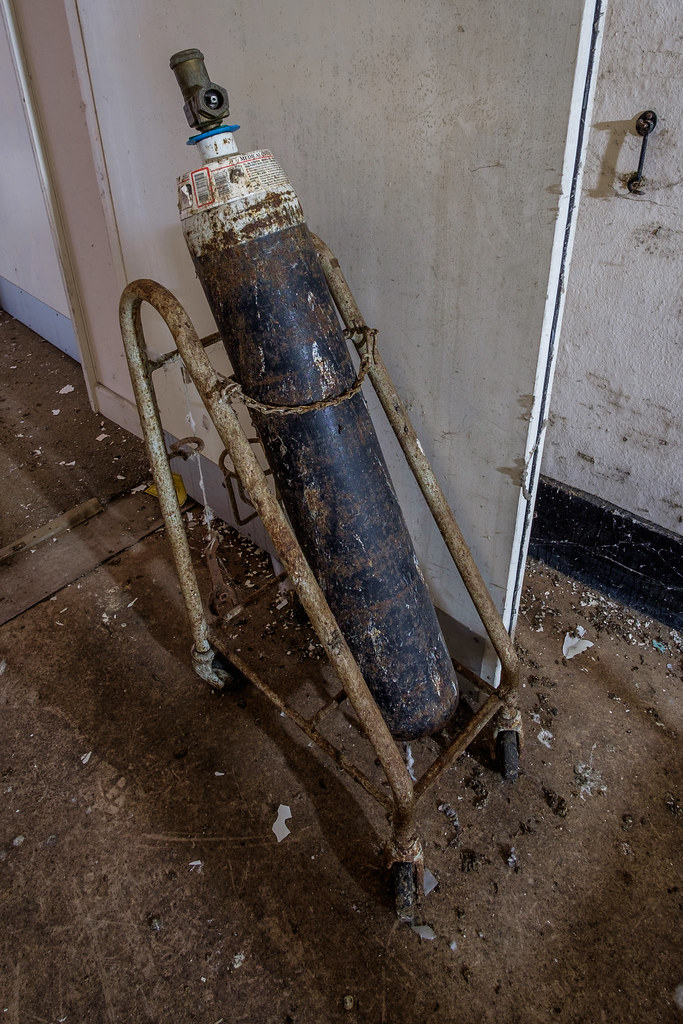 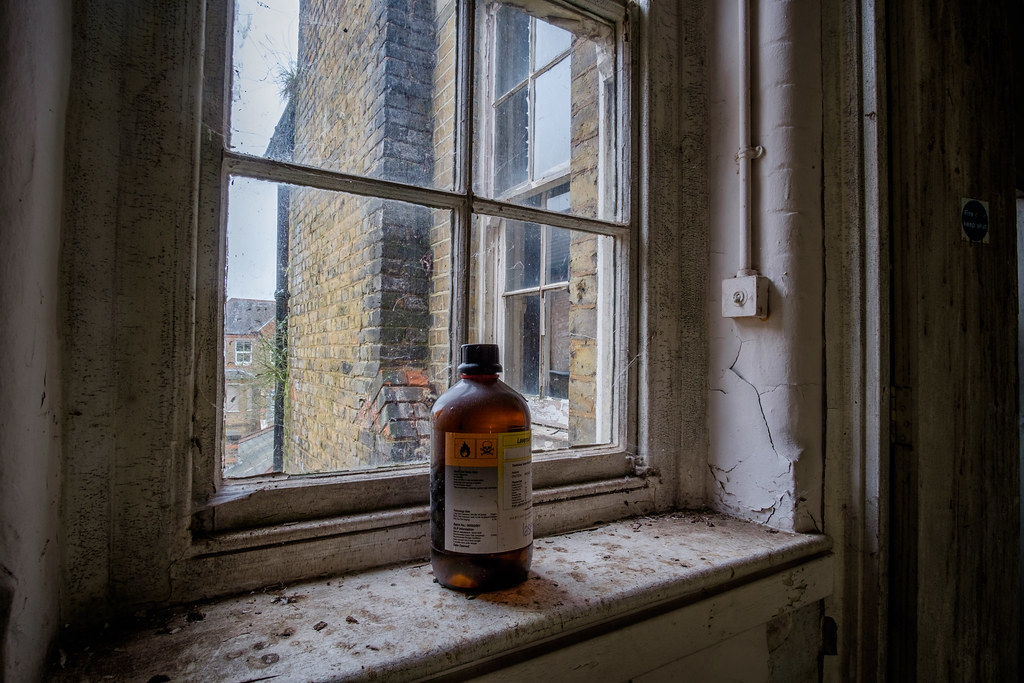 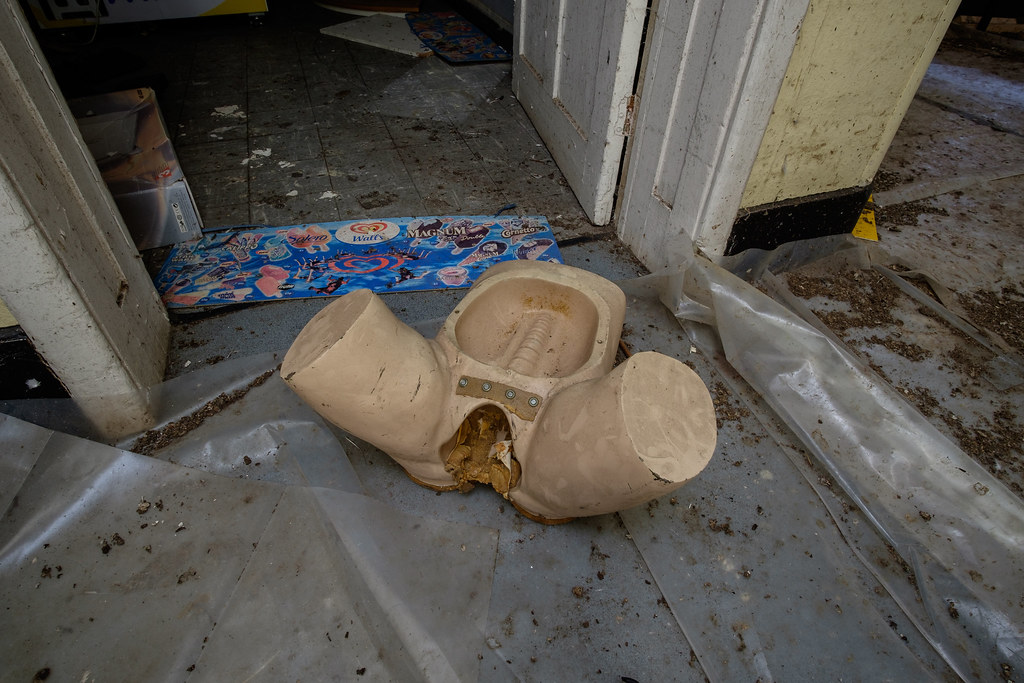 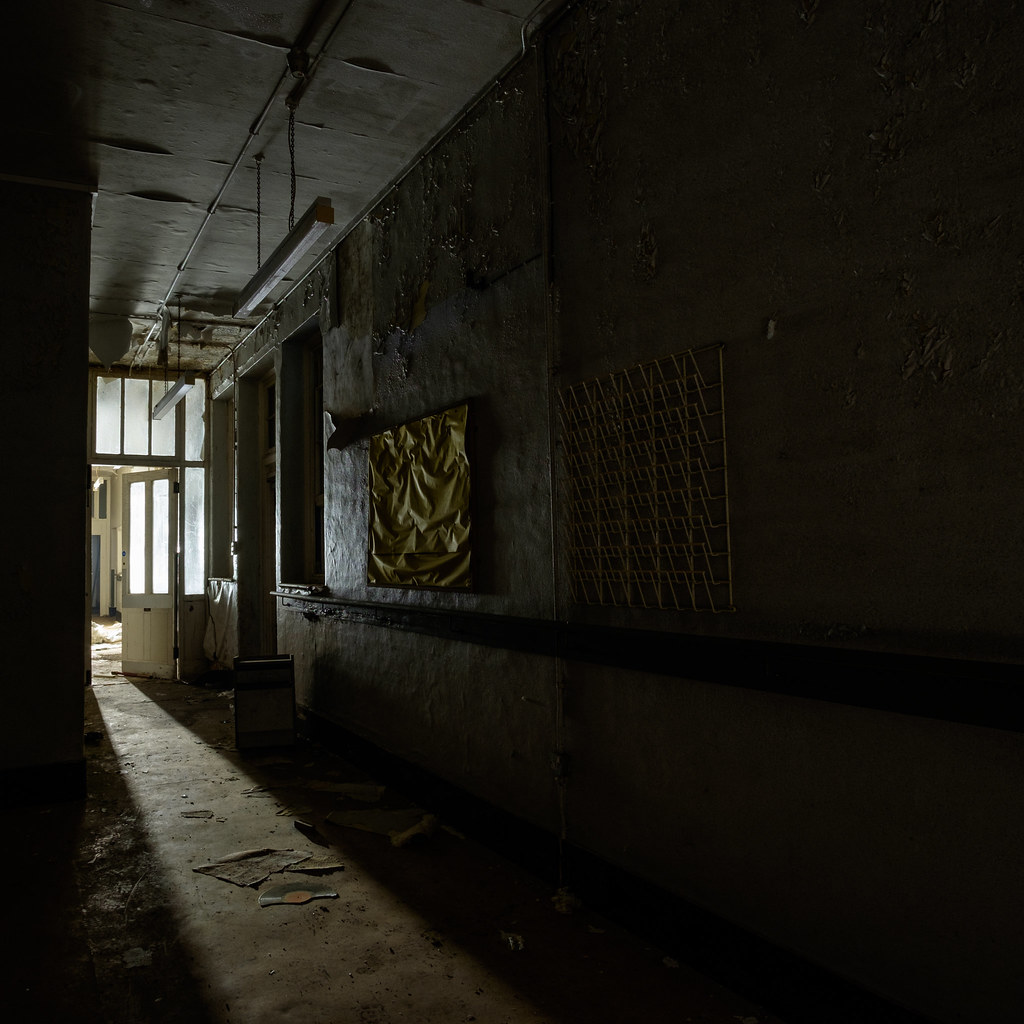 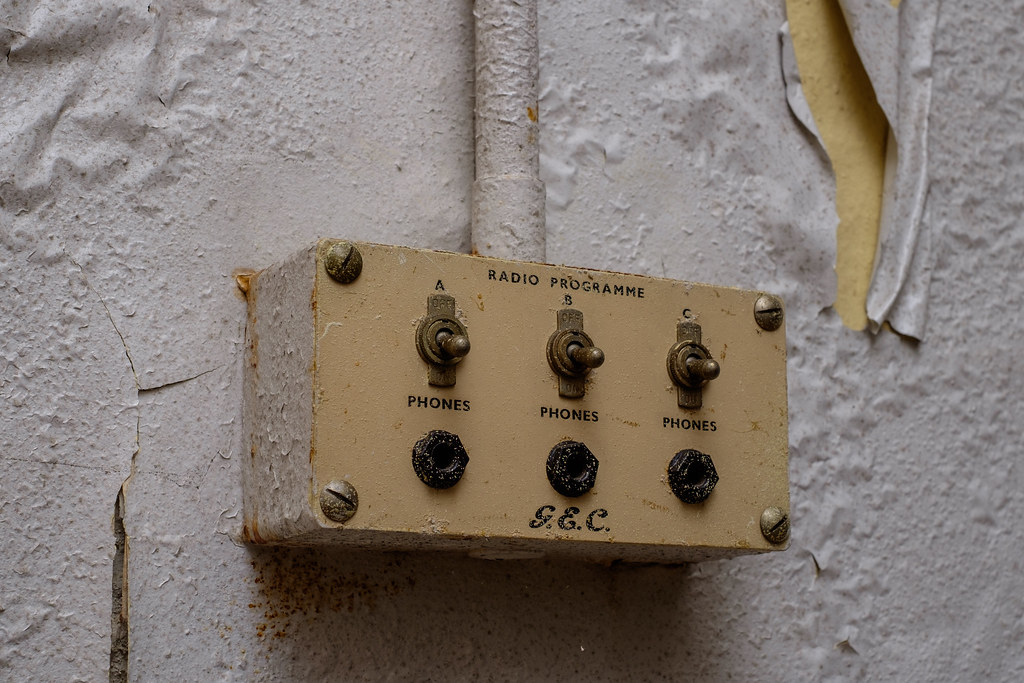 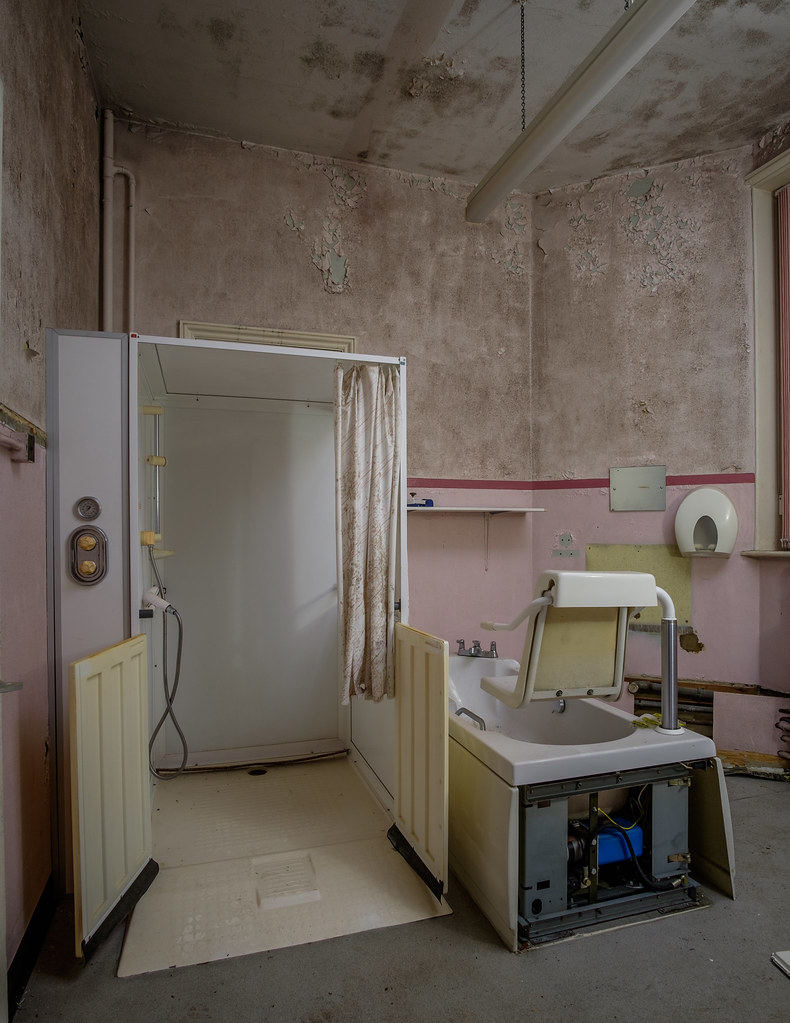 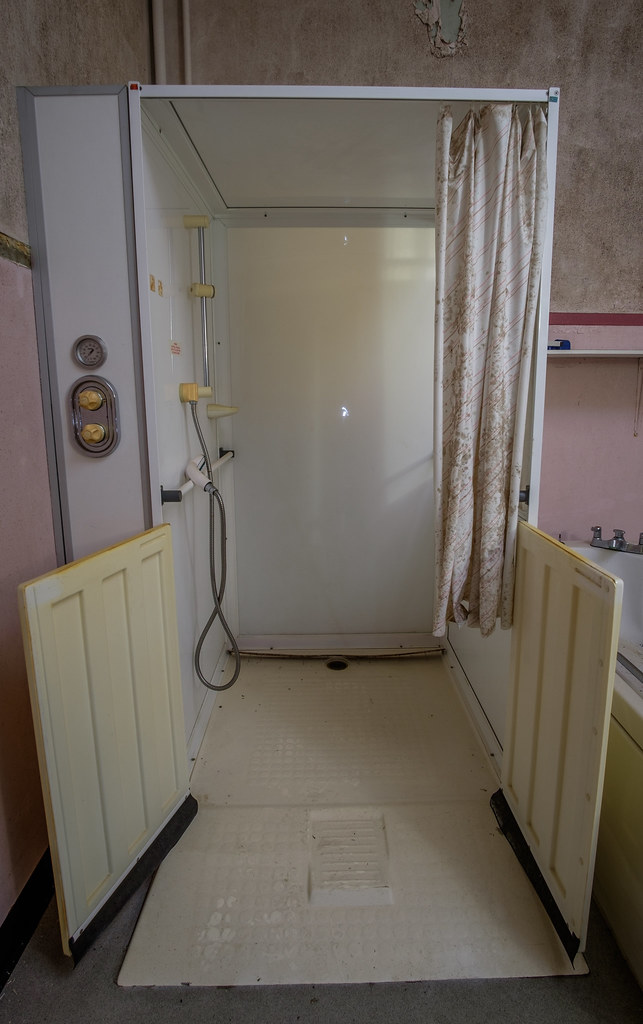 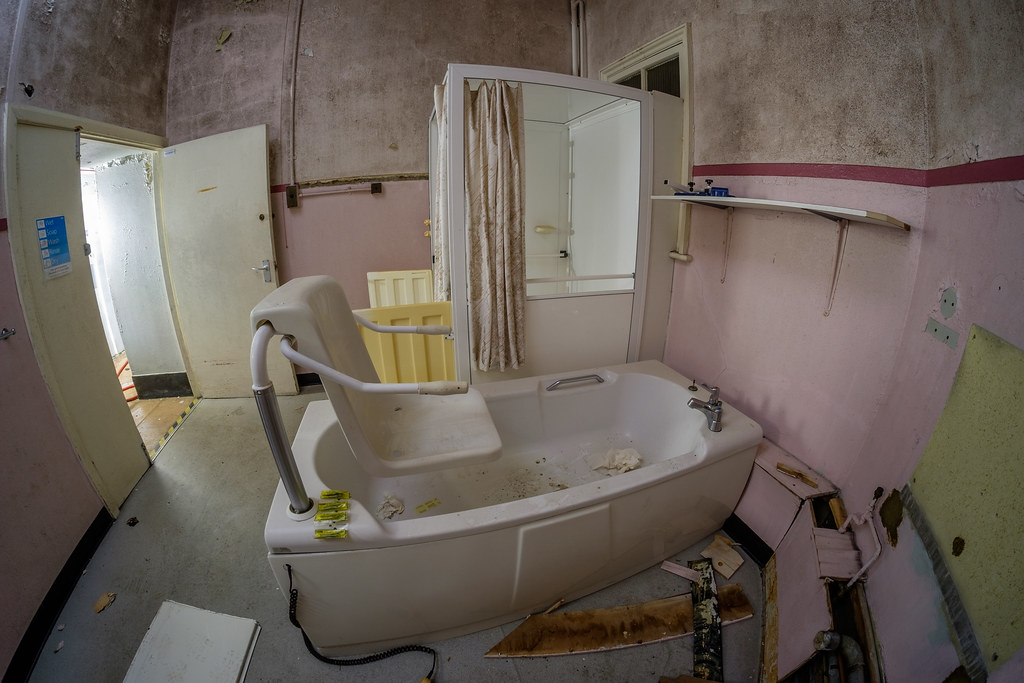 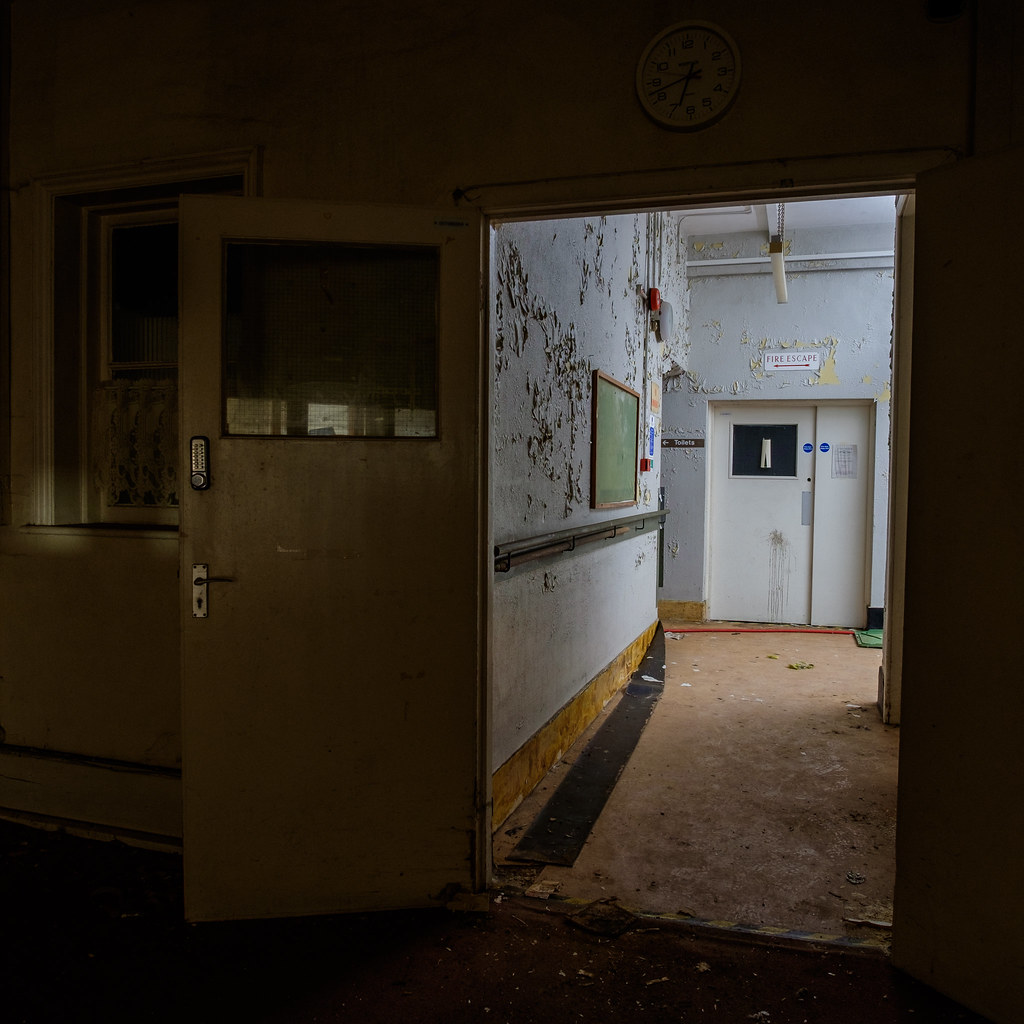 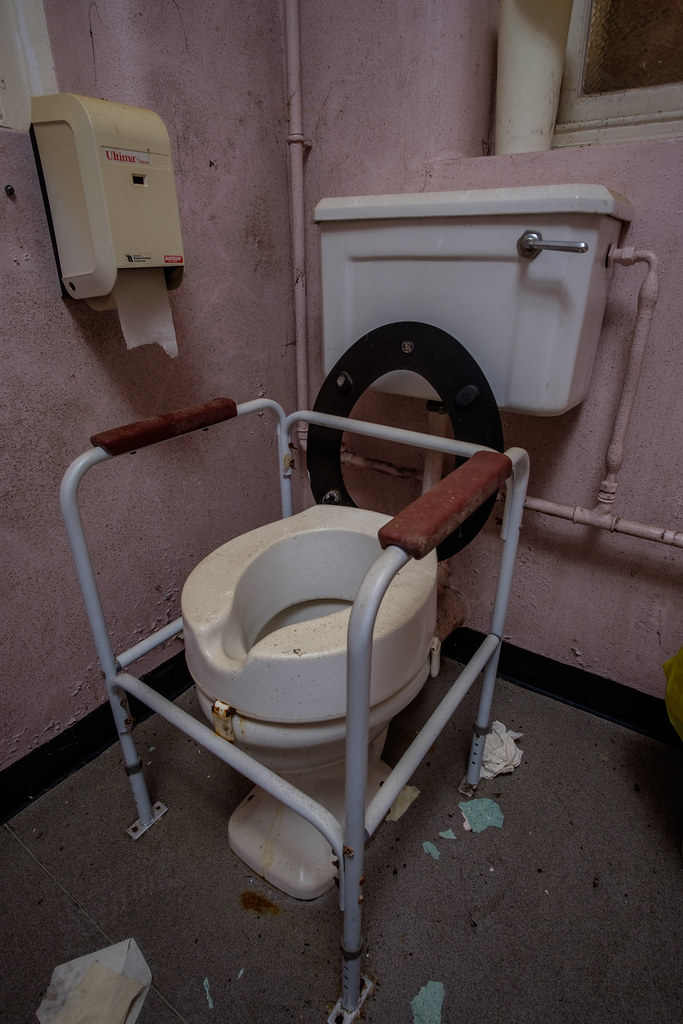 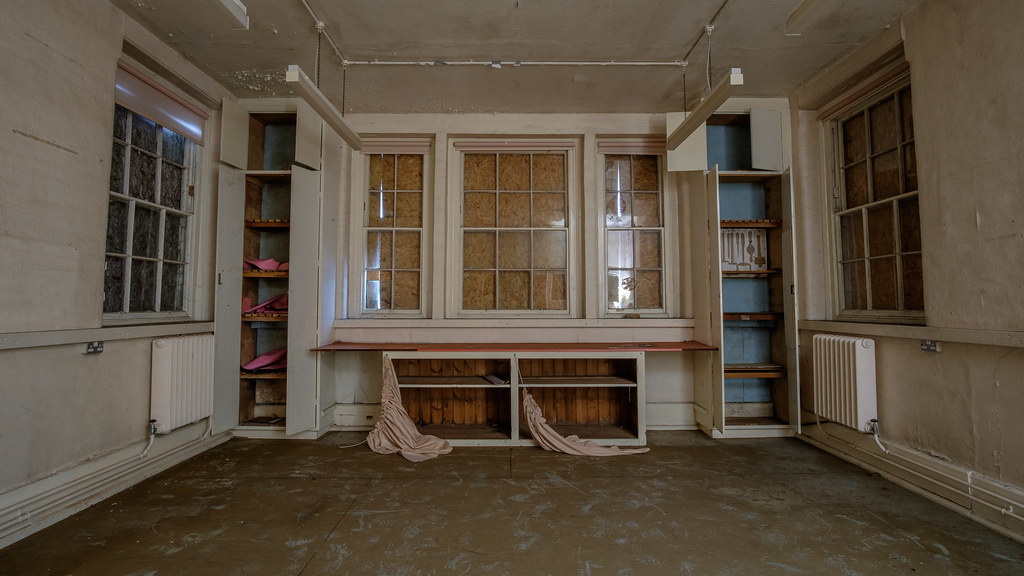 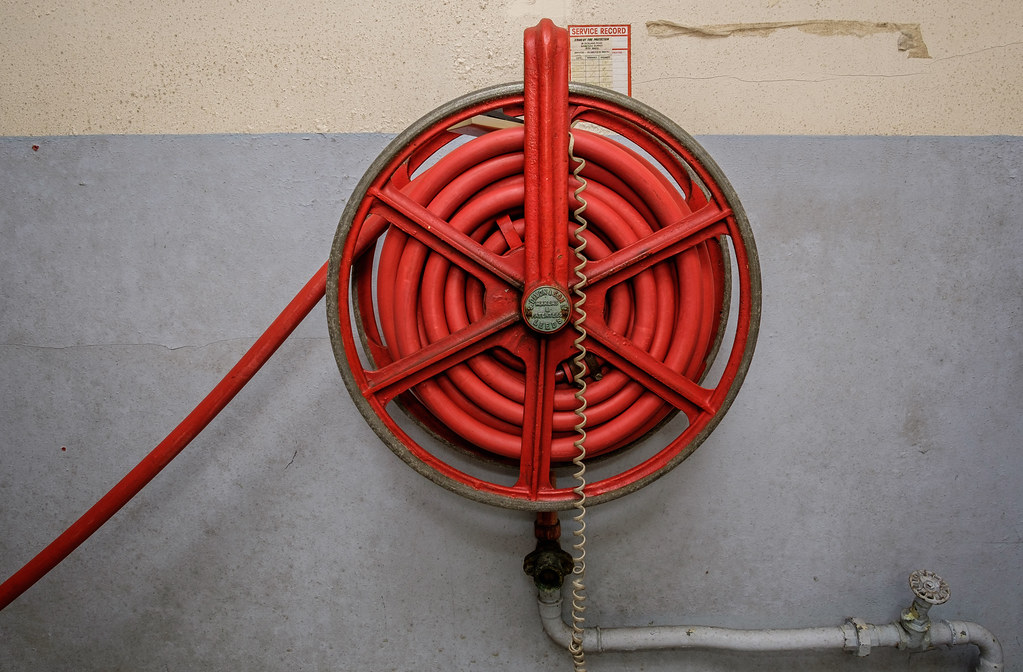 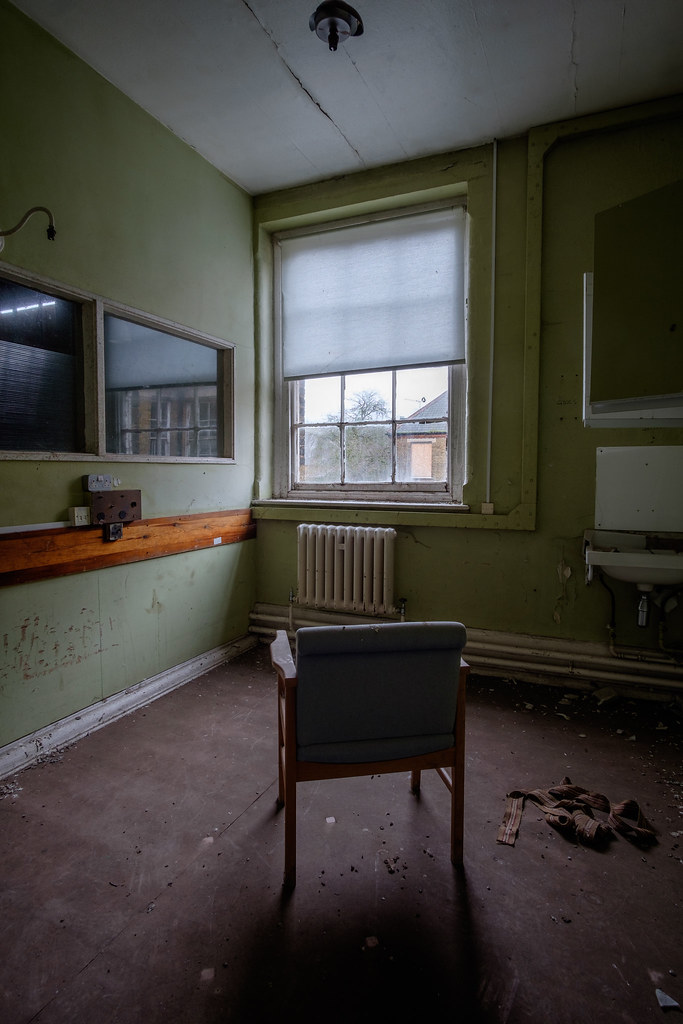 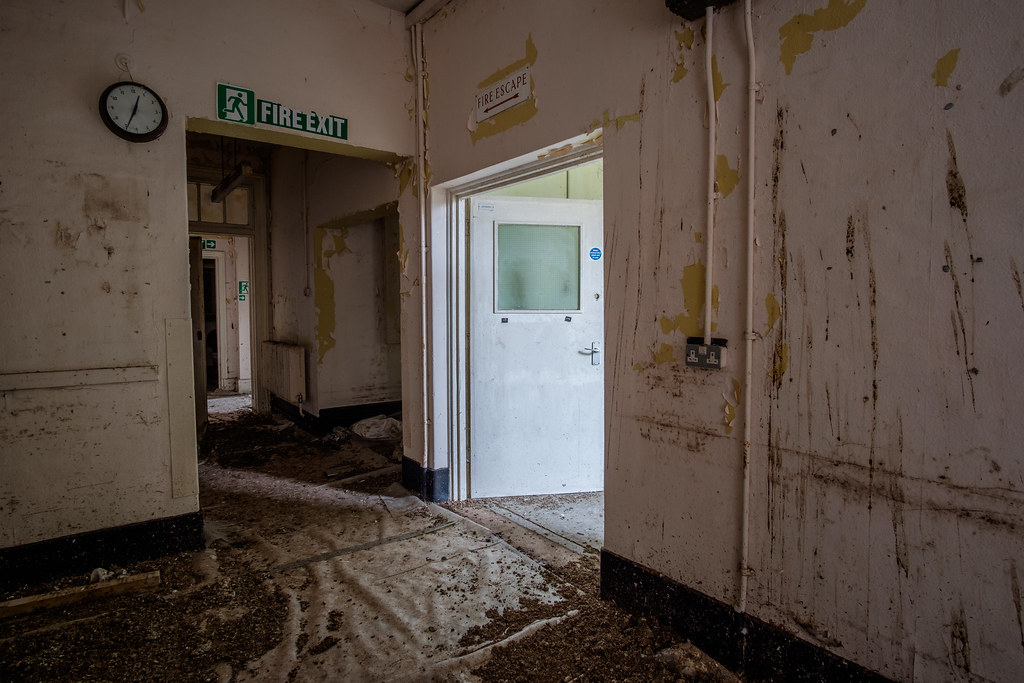 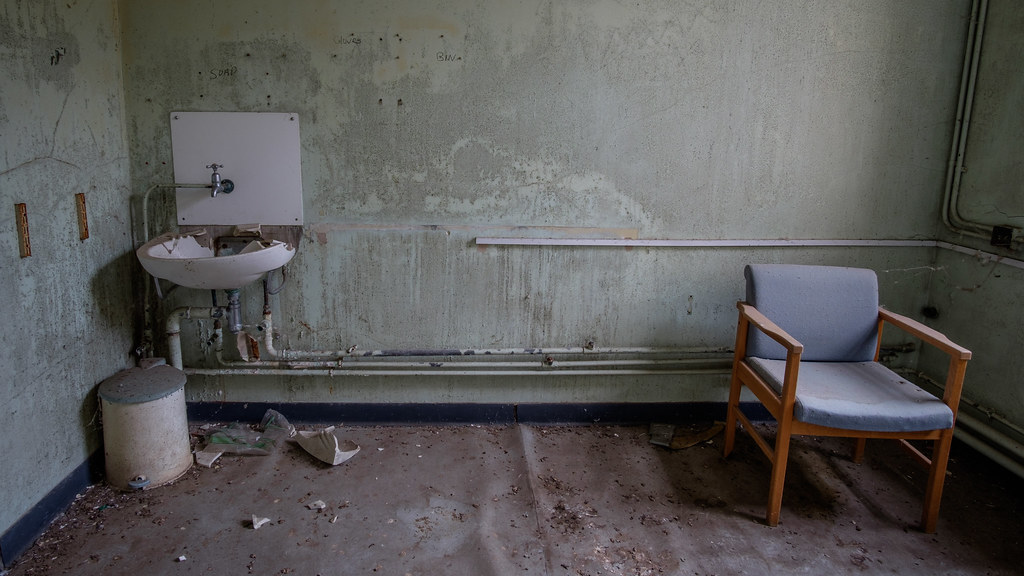 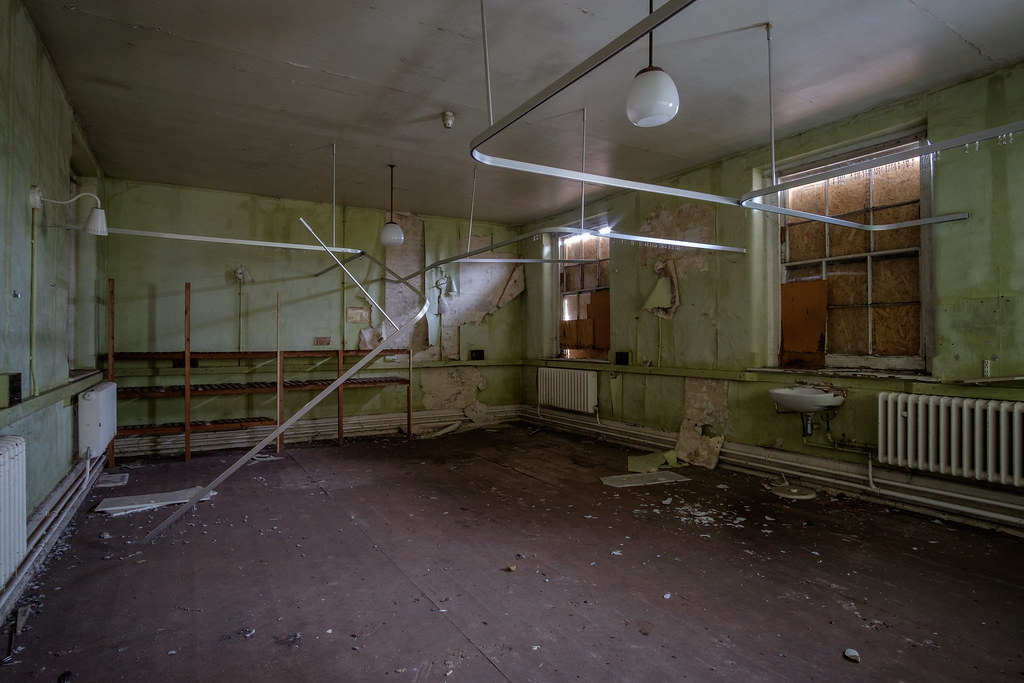 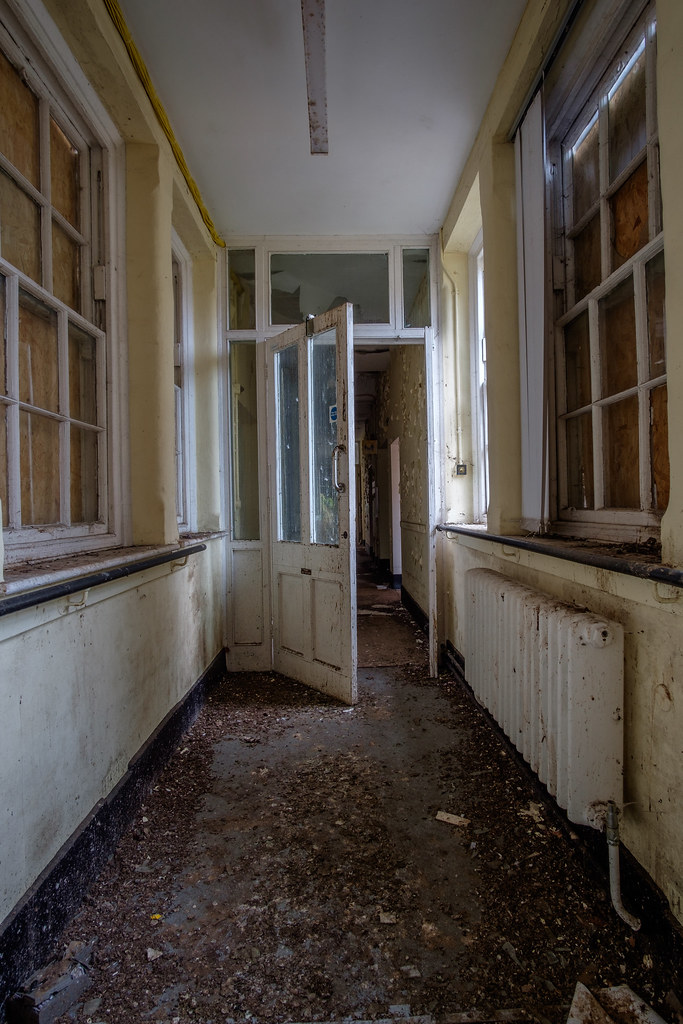 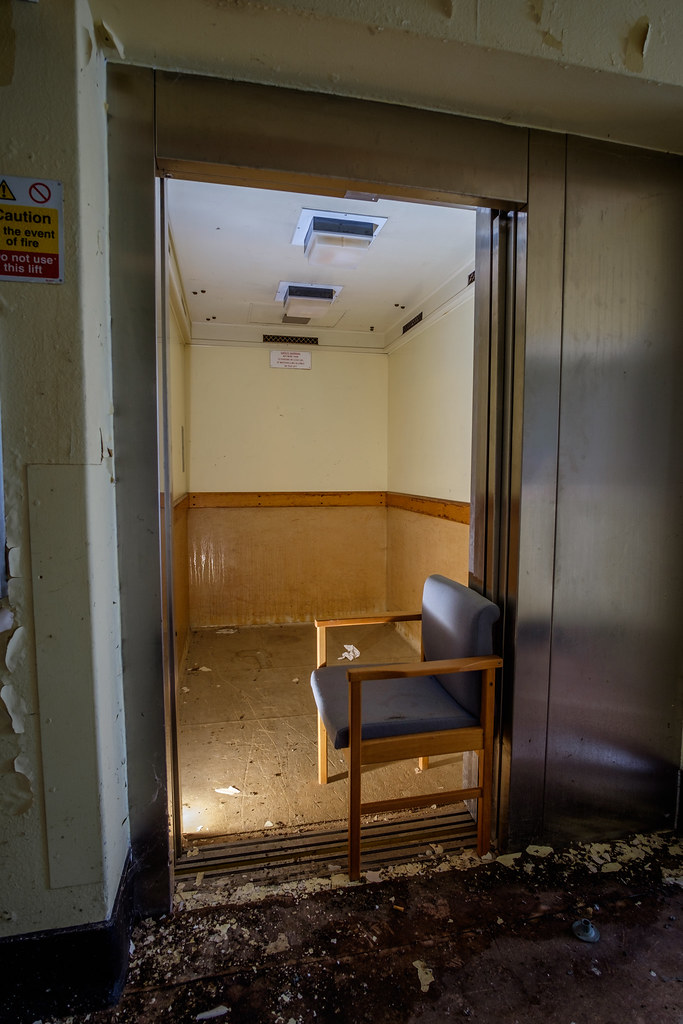 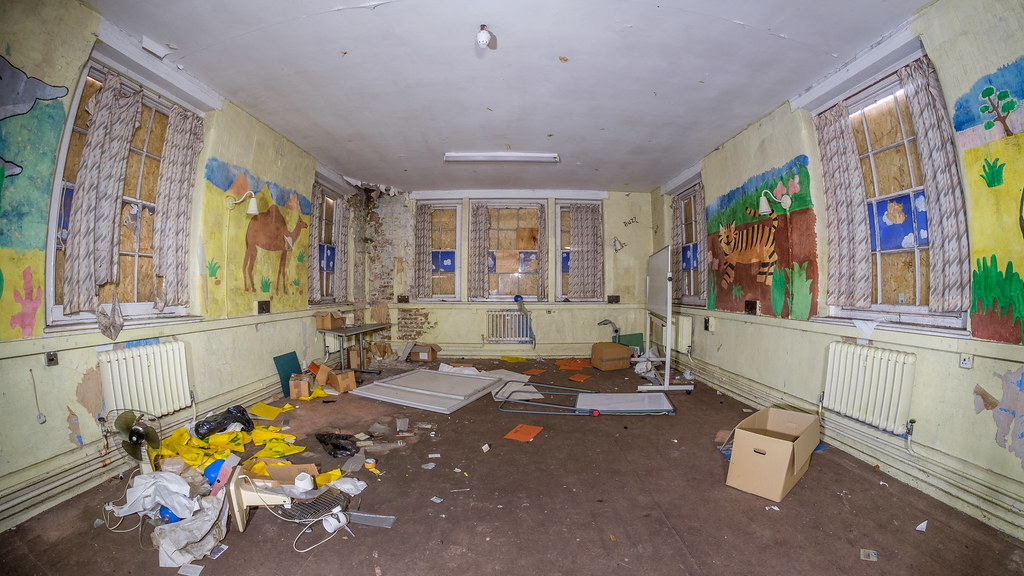 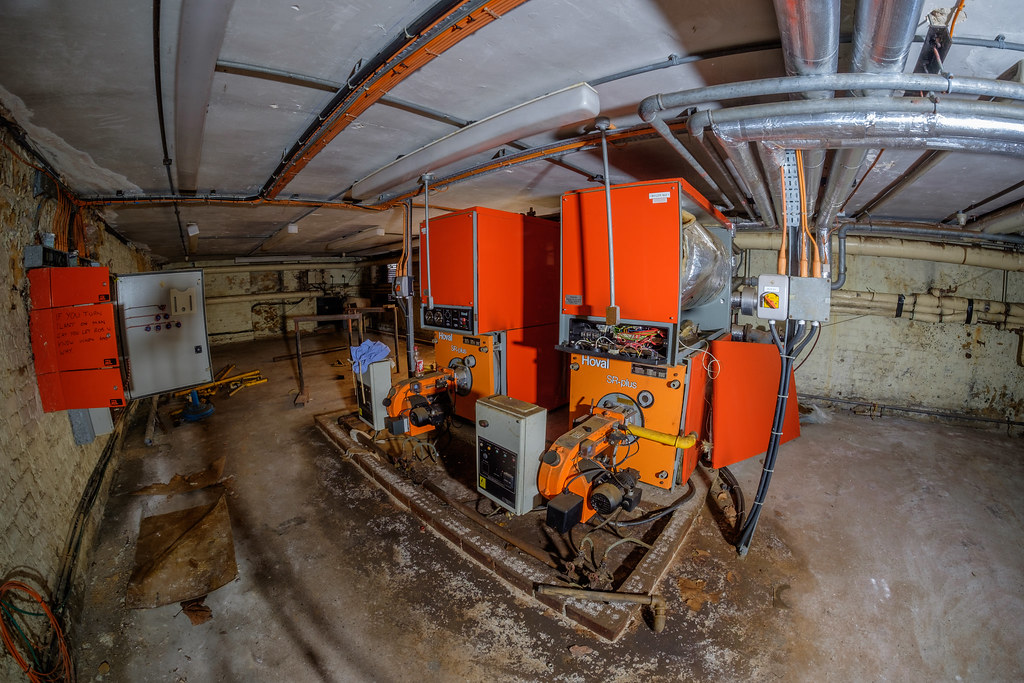 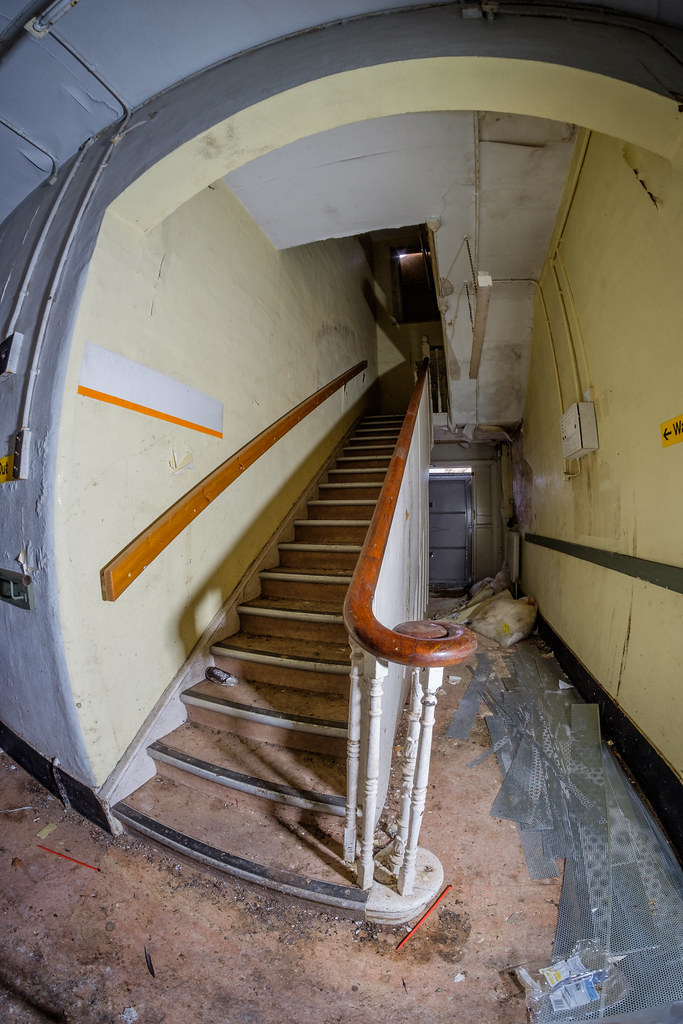 You got some great shots mate! That was a fun explore, well worth the silly o’clock start!

I see you are gradually weaning yourself off total 100% fisheye Grom lol they definitely have there place in capturing the whole room as you have here, but your other shots really do the explore more justice with picking out the little details like the switches, fire hose looks cool too, a great report and well lit as always

Nice detailed shots. The three way radio box I remember from the seventies as you used to get a choice of stations to listen to, Radio 1 or Radio 2 and Radio 4. That's it , no internet radio in them days.

We did have a walk past here but did not bother much as time was against us.deffo worth the persistence you guys put in.its so lively ain't it and some cracking moody shots

Looks well worth an explore!
B

Landie_Man said:
Looks well worth an explore!
Click to expand...

Go soon mate, demo is kicking off any time now!

You certainly got some nice shots there mate, looks nice
F

Oh damn, found this post again! So I saw this post about 6 months after, I decided with a couple of friends to go there. Yeeeah, ended the night in cuffs. I believe the place has been knocked down now? But on that night, I had bought additional lighting and a new lens for for DSLR and got some amazing footage of the place but the police made me delete it on the spot. They called me a burglar. Apparently someone had called the police because someone next door heard windows being smashed (there was 2 other groups there). Was an amazing spot though and the photos in this post are equally great!