Hey everyone, it's been a while! I don't post much since I don't get out too much, but I grabbed a friend with a car and visited a few places today! We went to Fairwood Hospital, Llanmorlais school, Dulais Rock Inn and this RAF club right here!

I've passed it a few times, but I recently noticed that the gate was open so I couldn't resist popping in for a nose. As you can see there's not really a lot left and it's in a bit of a sorry state. It's just sitting right there on a street, so I wouldn't be surprised if more people haven't been in there. There's actually two buildings right next to each other, with the neighbouring building being an old care home, which is also heavily derelict. Unfortunately I was unable to get to that one, so I tried to capture the RAF club as best as I could. Only the exterior is accessible, the place is practically collapsed in on itself inside and the front door is sealed.

I've been unable to find much on this place, so if anybody knows anything, please let me know! The most I could source was this quote on a photo of the building from flickr:
'As children, my brother, cousins and I used to go to the RAFA (Royal Air Force Association) club regularly ---- our fathers used to take us there, give us a bag of crisps and glass of shandy and send us outside to play in the garden (this being down about 4 steep flights of steps!). This is what used to be considered 'keeping the children out from underfoot' on Sunday mornings in the 1960s!

If it was raining, we were allowed to play inside, in the 'basement' (only 3 flights of stairs down, the property being on a steep hill) on a ping-pong table. And on special occasions we were allowed into the bar, which had a 'one armed bandit'. One one famous occasion, our grandmother was spending her sixpences on this machine and her knicker elastic broke! Not wanting to waste her money, and not knowing what else to do, she simply stepped out from her drawers and popped them neatly into her capacious handbag.

(My brother, who is here as I write, remembers the stairs as not being so steep, but that there were two one armed bandits! And he doesn't remember Nana's knickers, either.)

The 'Steward' for some time from the mid 1970s was Sid Beer, but in reality the place was run by his wife, the very capable Pat. The whole affair was overseen by that institution much loved in Wales: The Committee. One of our uncles became either president or chairman of this august body.

The main bar was to the left of the entrance, and straight ahead was a grand staircase which led up to a library and another bar which was only used on busy Saturday nights and special occasions. There was also a book exchange shelf - a precursor of Book Crossing.

The whole building gave the impression of having many more rooms, but we never saw these. It was in a rather upscale area, the Mayor of Swansea lived a couple of houses away. The synagogue was next door.

This building was probably the RAFA club from shortly after the war, until the 1990s when it began to shrink (though staying in the same building) and eventually closed at this location - and eventually altogether.'

Anyway, onto the photos, as I already said, the place is in a sorry state so there's not as much to see as other places but I felt it was worth uploading anyway because that's what this place is for! 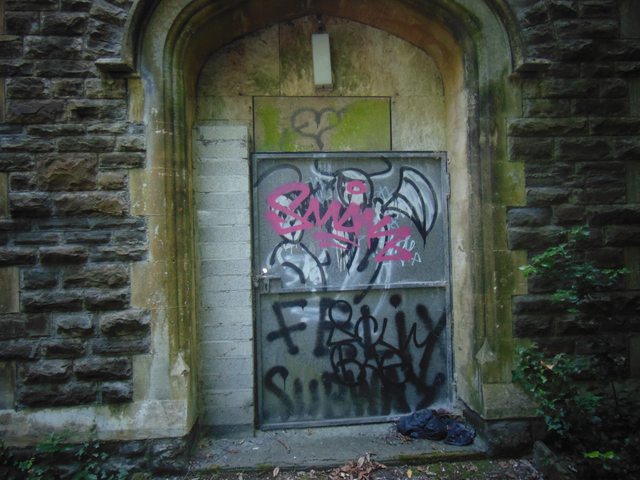 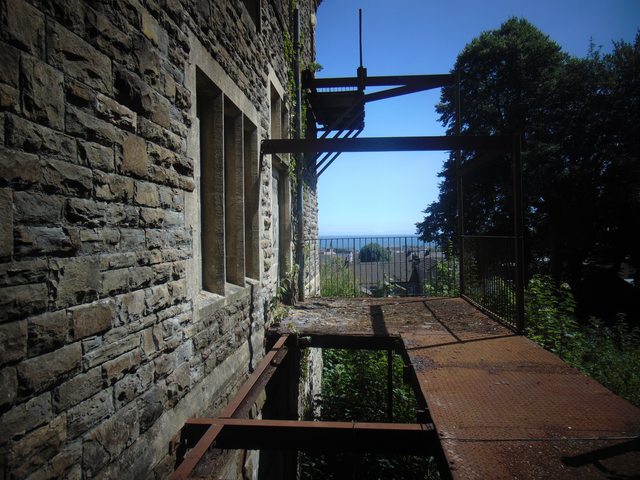 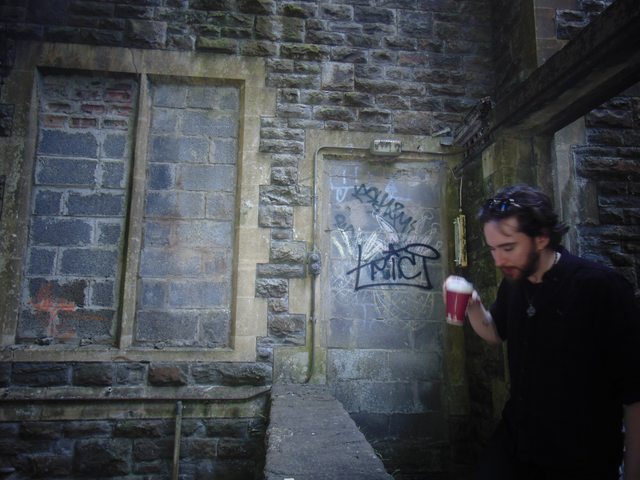 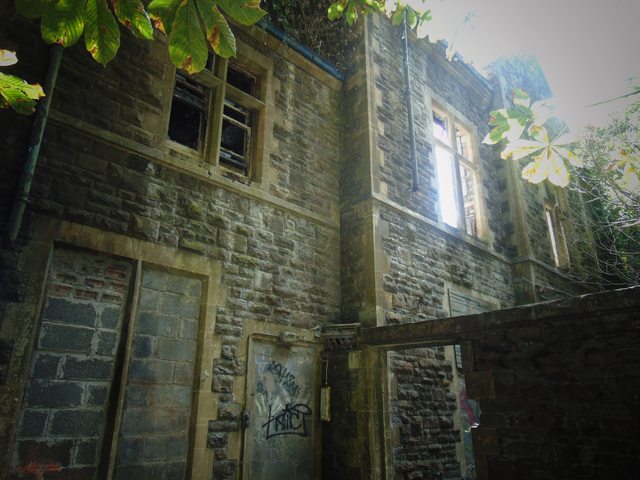 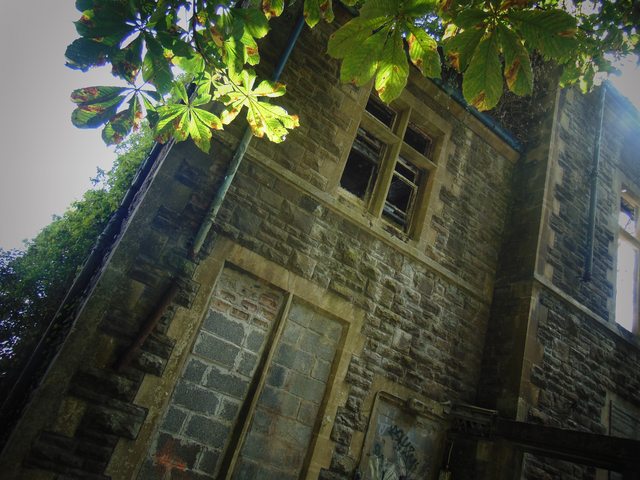 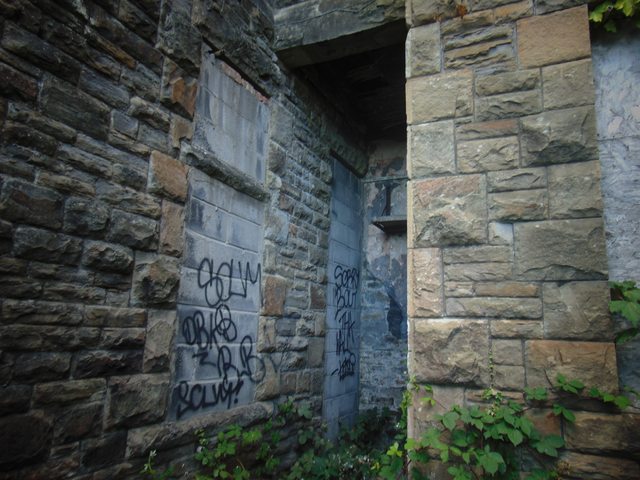 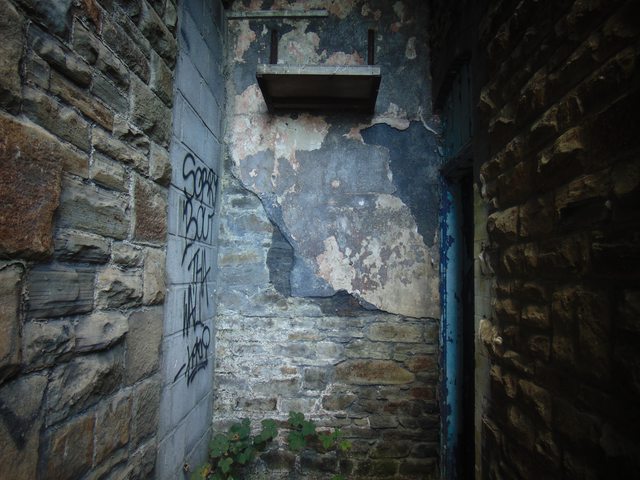 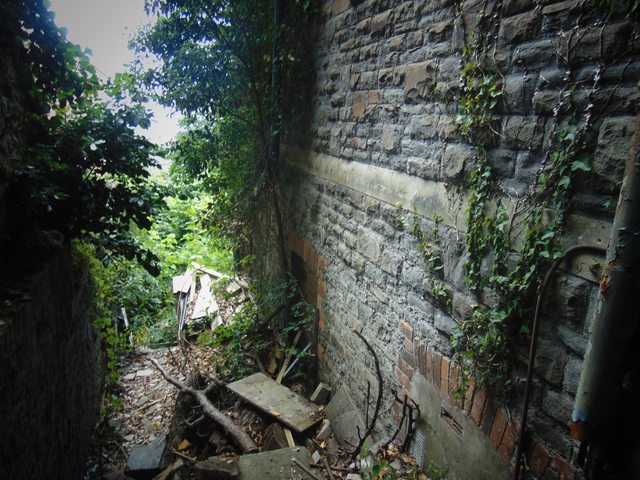 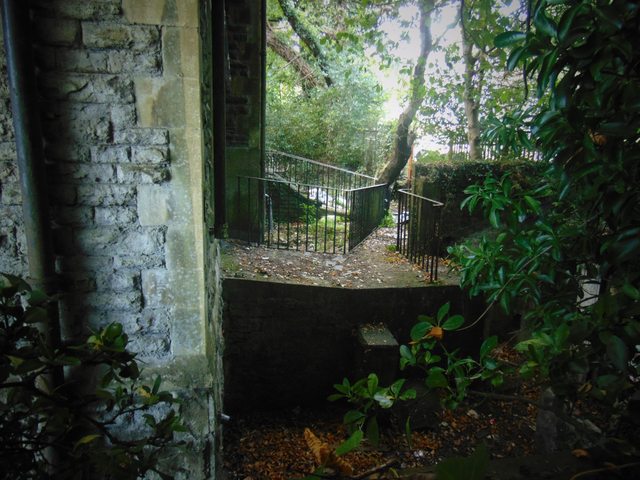