This one required an early start, but the morning adventure to The Kings Hall was worth the effort. Visited with Zombizza.

"Located in Southall, Middlesex, in the west of Greater London. The King’s Hall was built in 1916 and was designed by architect Sir Alfred Gelder of Hull. The King’s Hall building has a 3-storey red brick and stone facade. It was operated by the Uxbridge and Southall Wesleyan Mission and it was soon screening religious films.

By 1926, it was operating as a regular cinema, still managed by the Methodist church.

Started nice and early, and managed our entrance fairly incident free...if we don't count the massive tear in my trousers..

It's a pretty spectacular place with a wonderful blend of natural decay and marvelous original features/architecture. With little to no daylight, we decided to wonder round the back rooms while the sun came up before the spending too much time on the main attraction, the large auditorium.

The rooms around the back are a weird mix of new and old, some of them being more disgusting than others. One room was so pungent that I took 2 steps in before bailing out.
There was also one room that was filled with beds, old food packets and needles. Looked a few years old, but squatters for sure.
The larger rooms consisted of meeting rooms, prayer rooms and teaching rooms. All of them had funky wavy flooring where the wooden floor tiles had expanded with moisture.

Eventually the sun came up and the auditorium started to flood with the golden morning light.
After a few hours we left, although the exit was hilariously unsubtle. 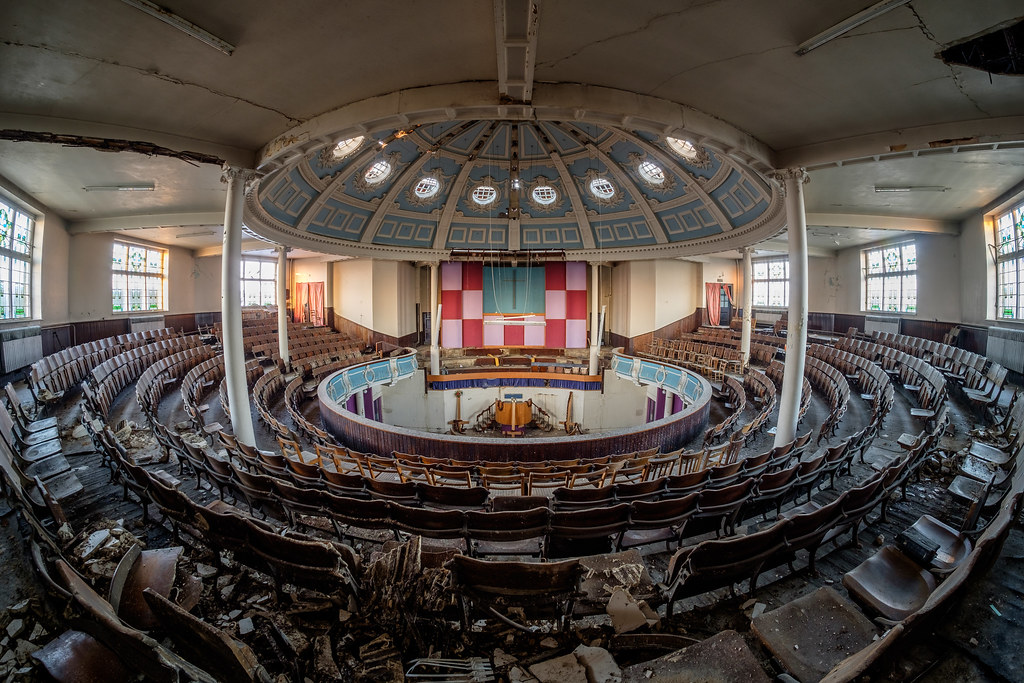 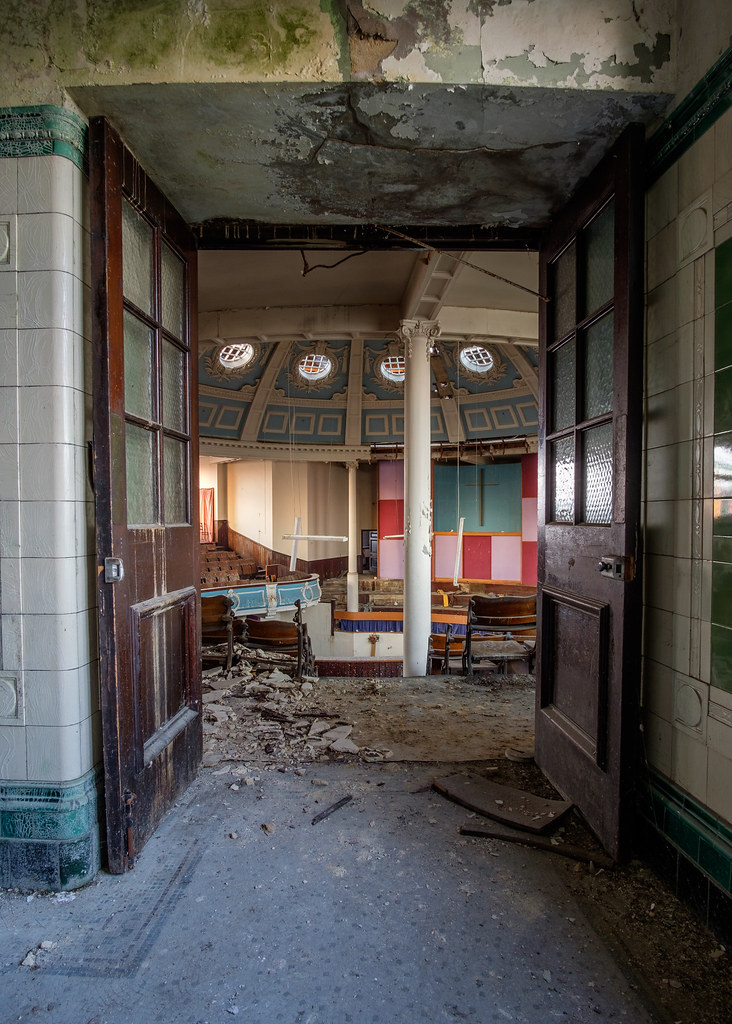 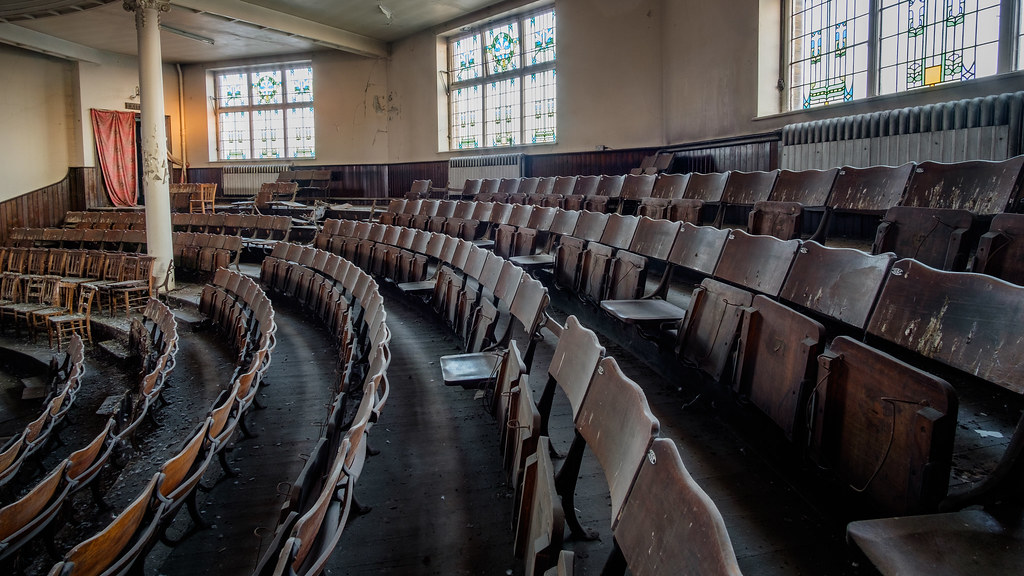 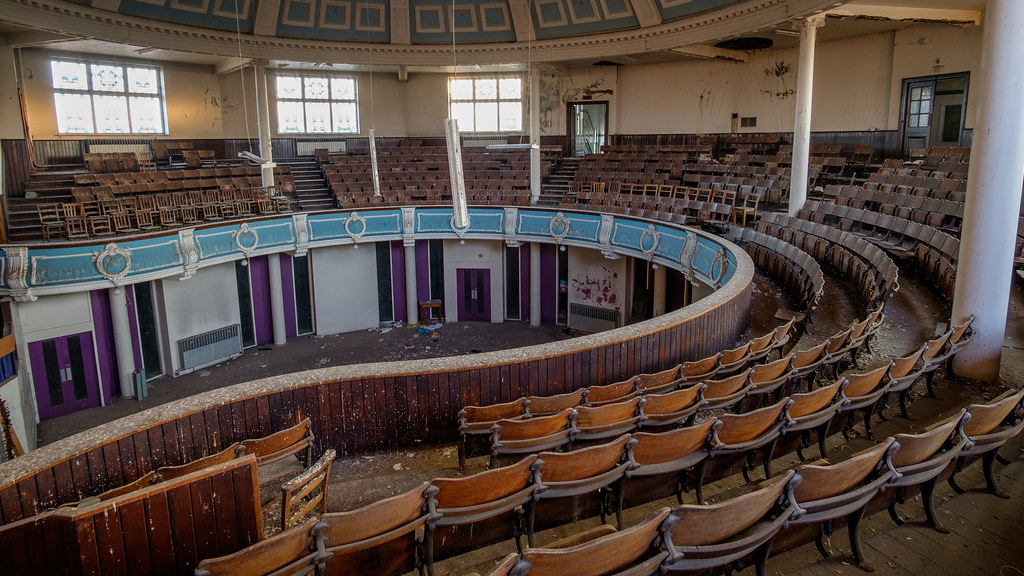 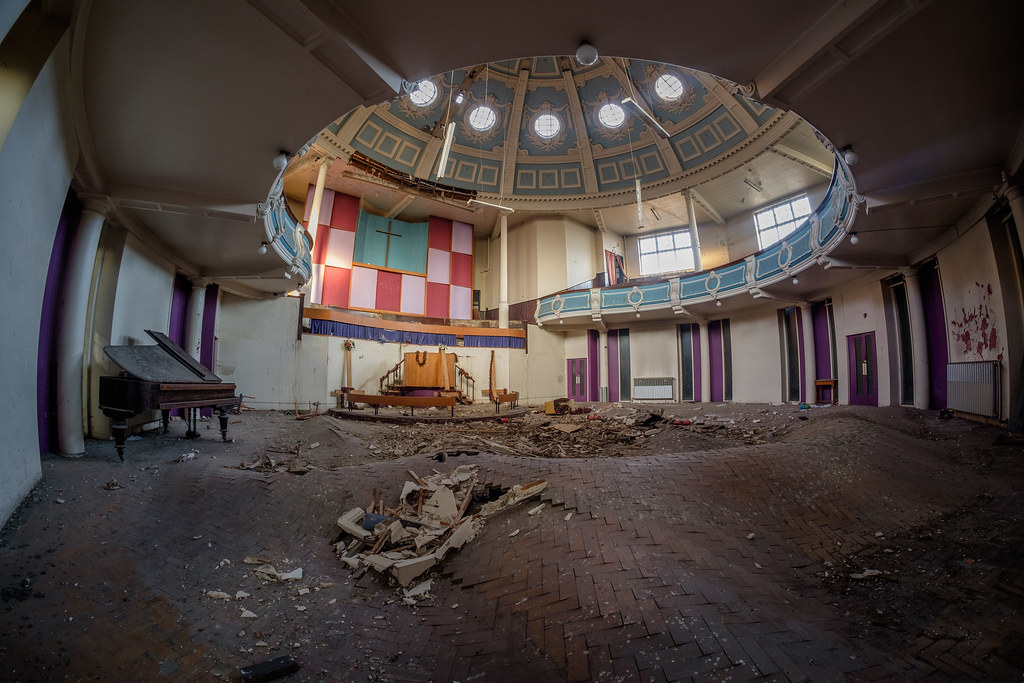 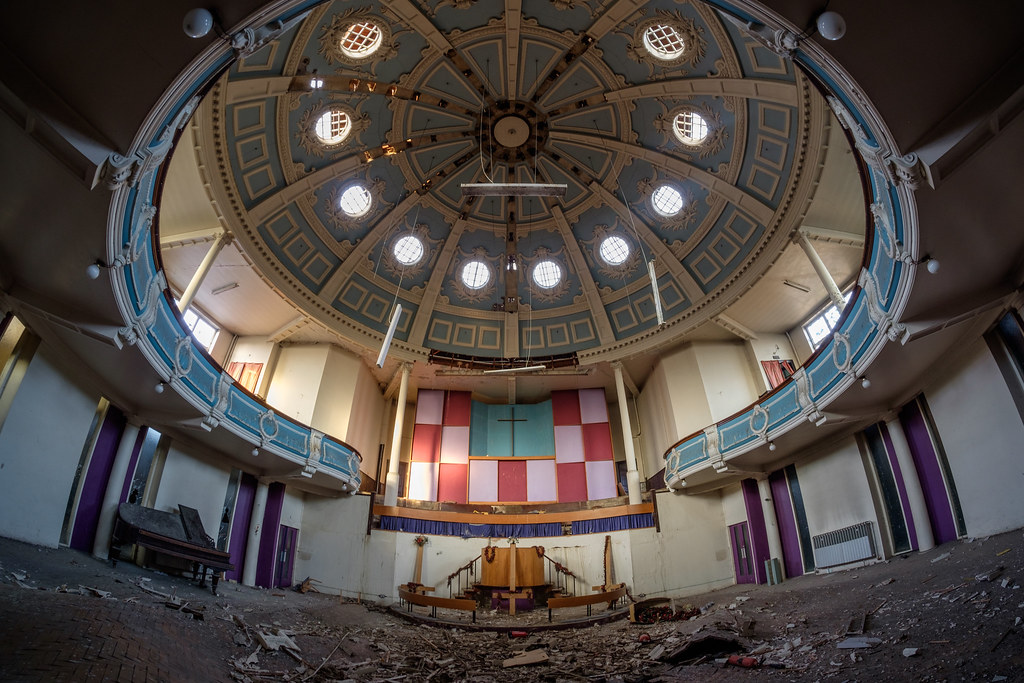 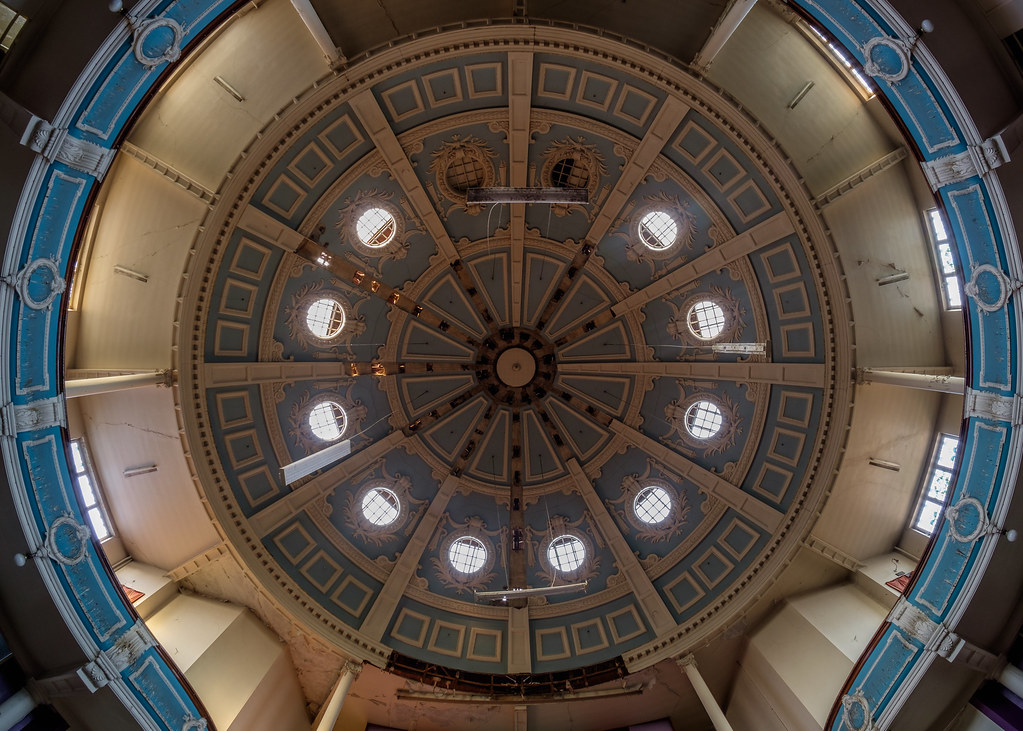 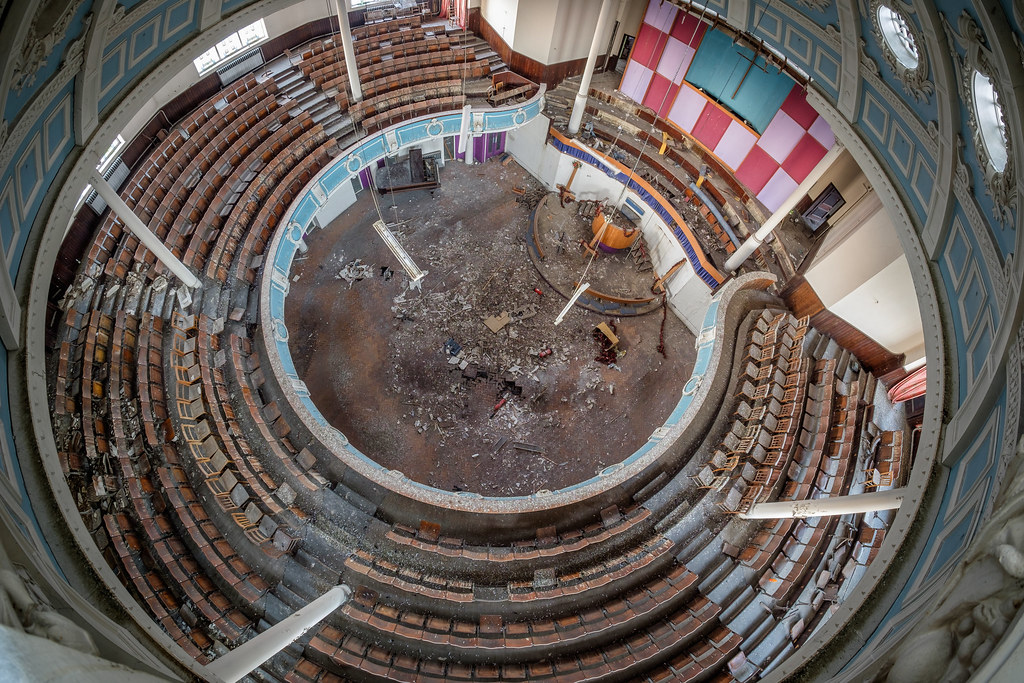 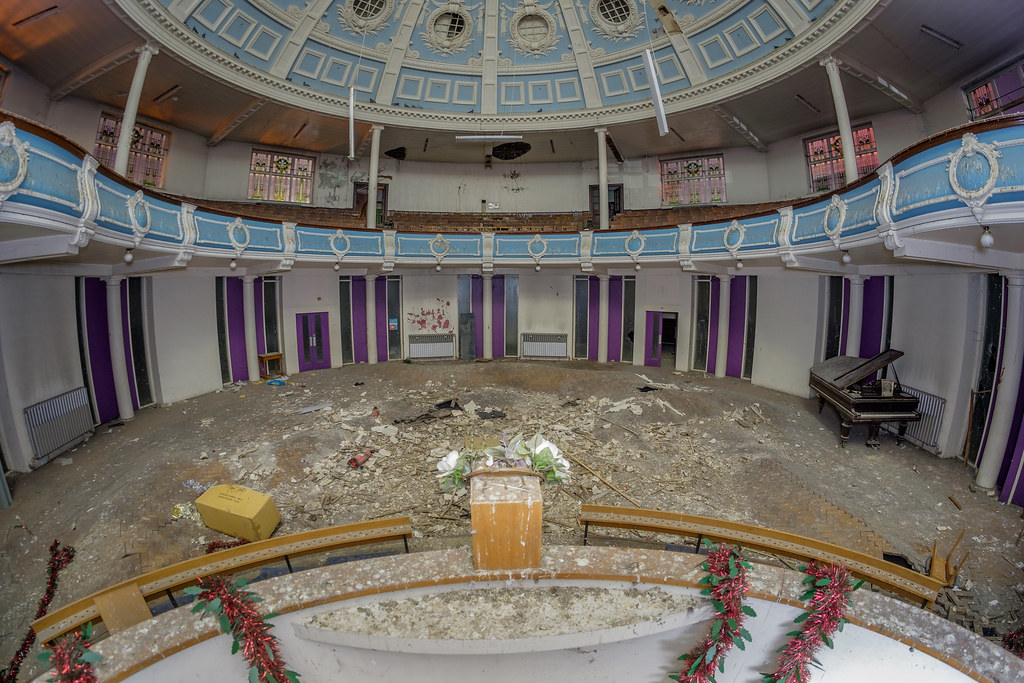 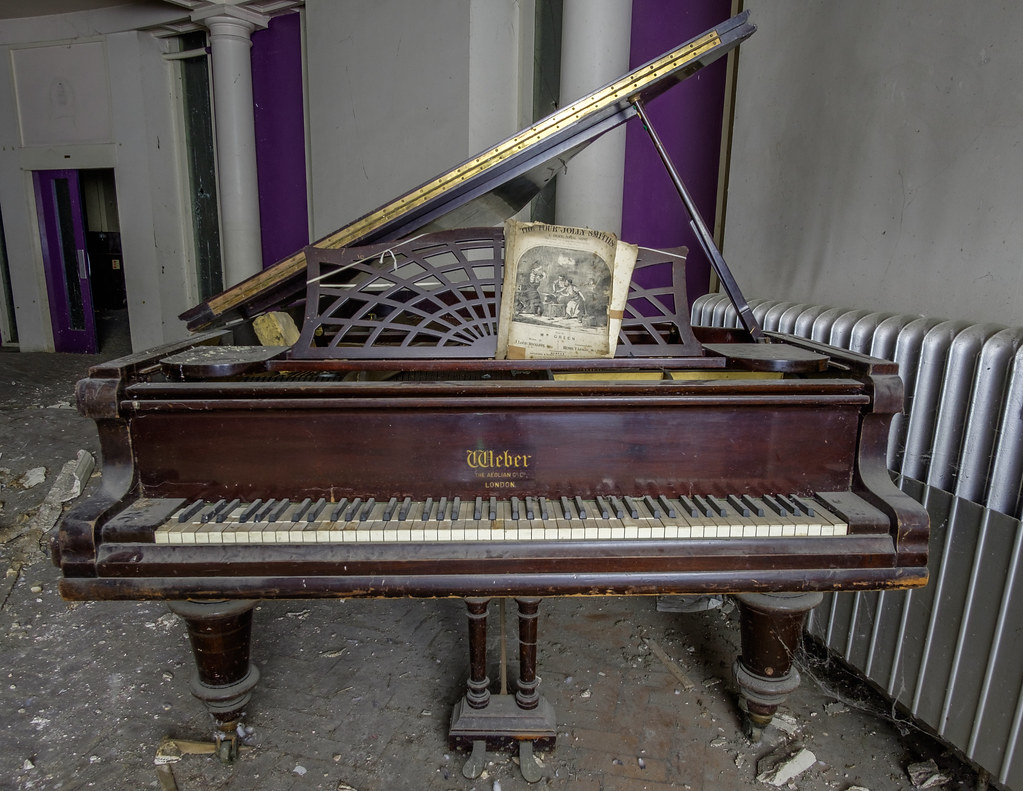 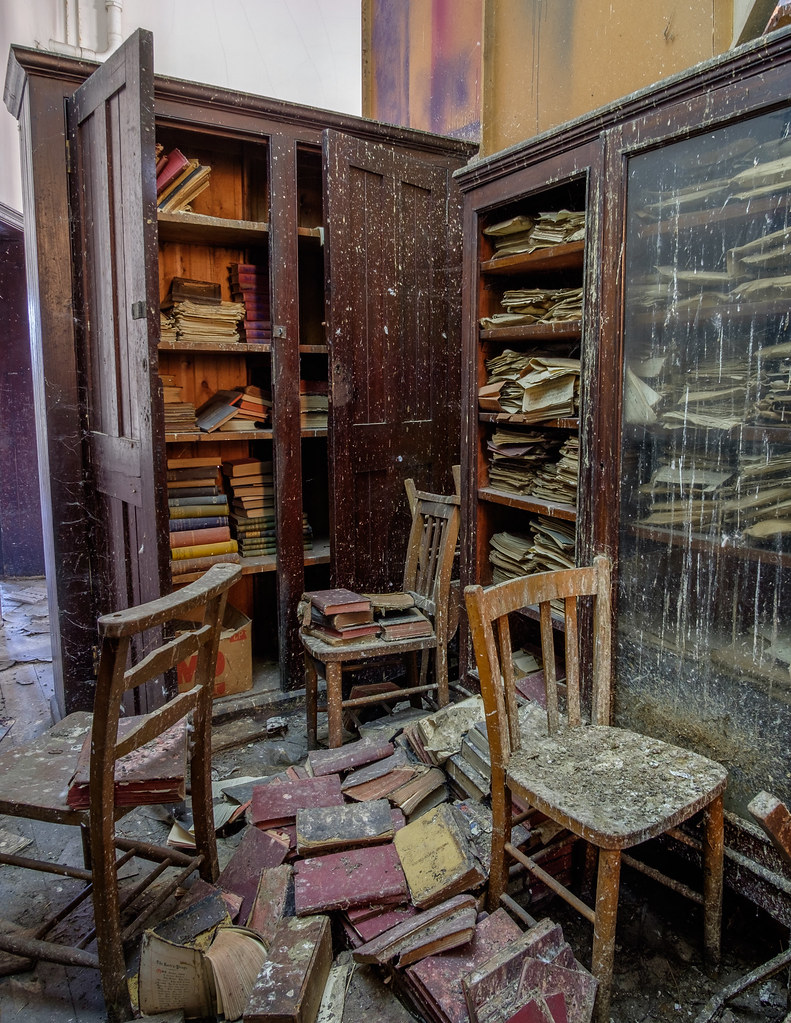 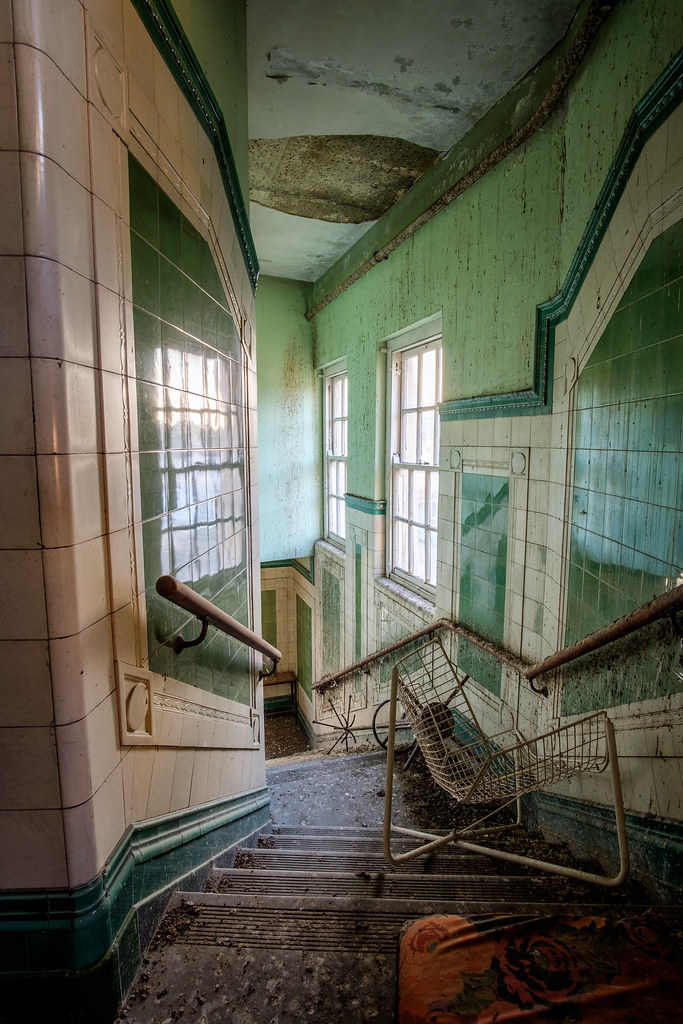 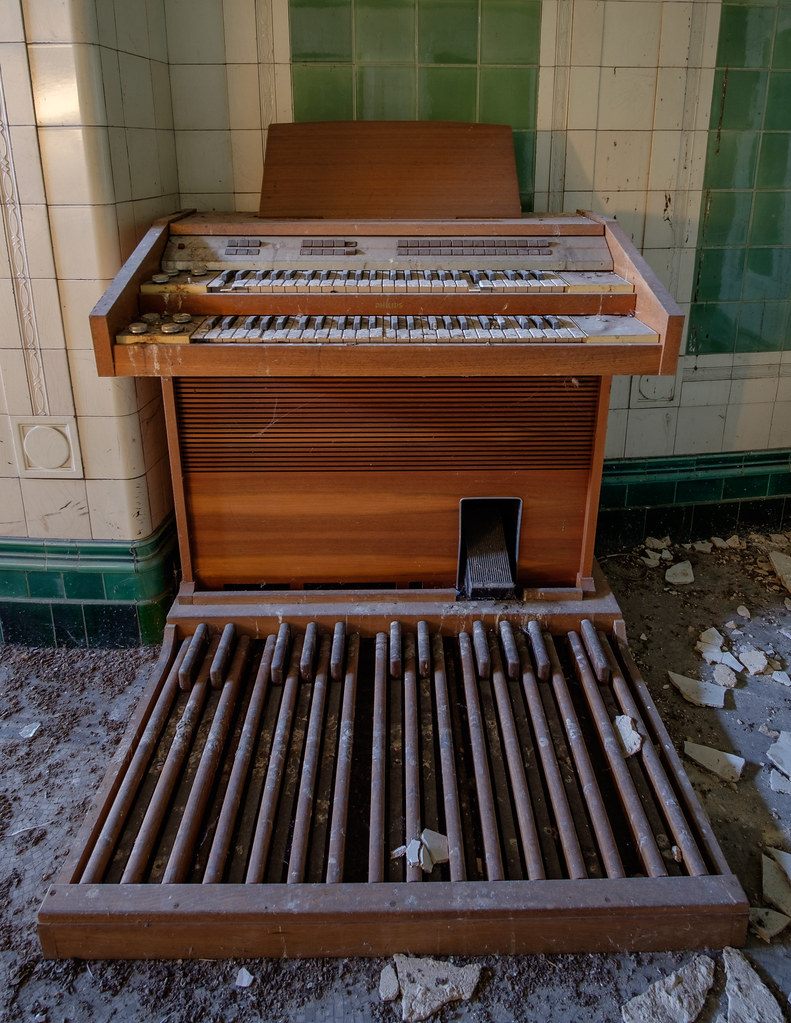 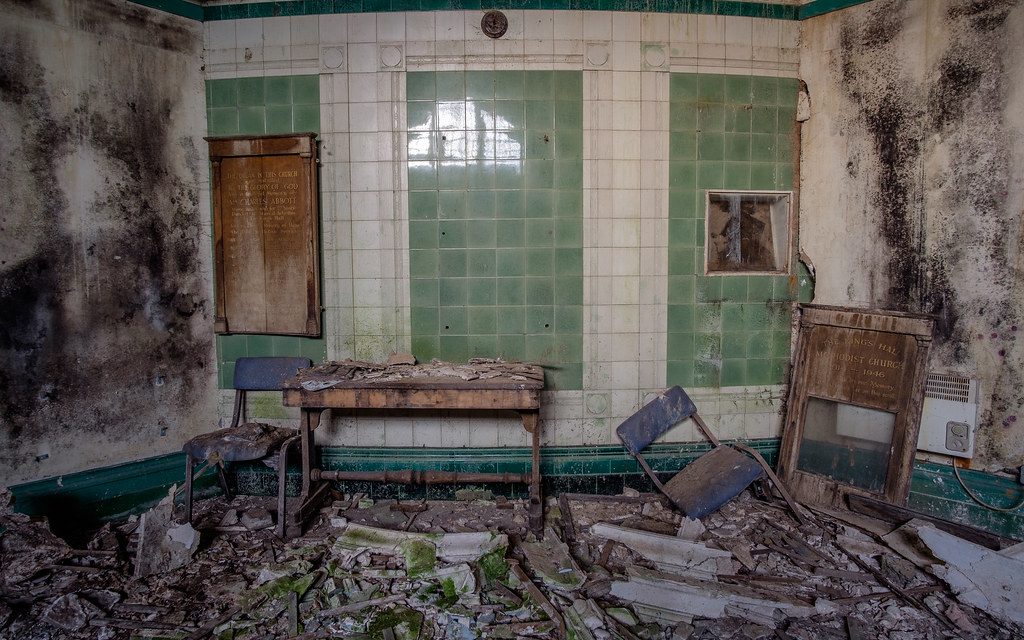 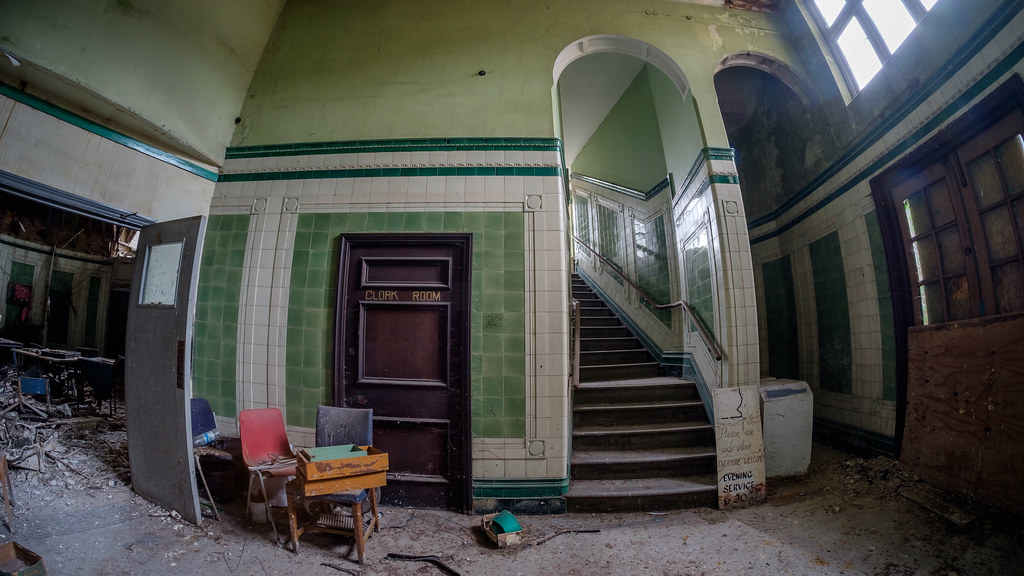 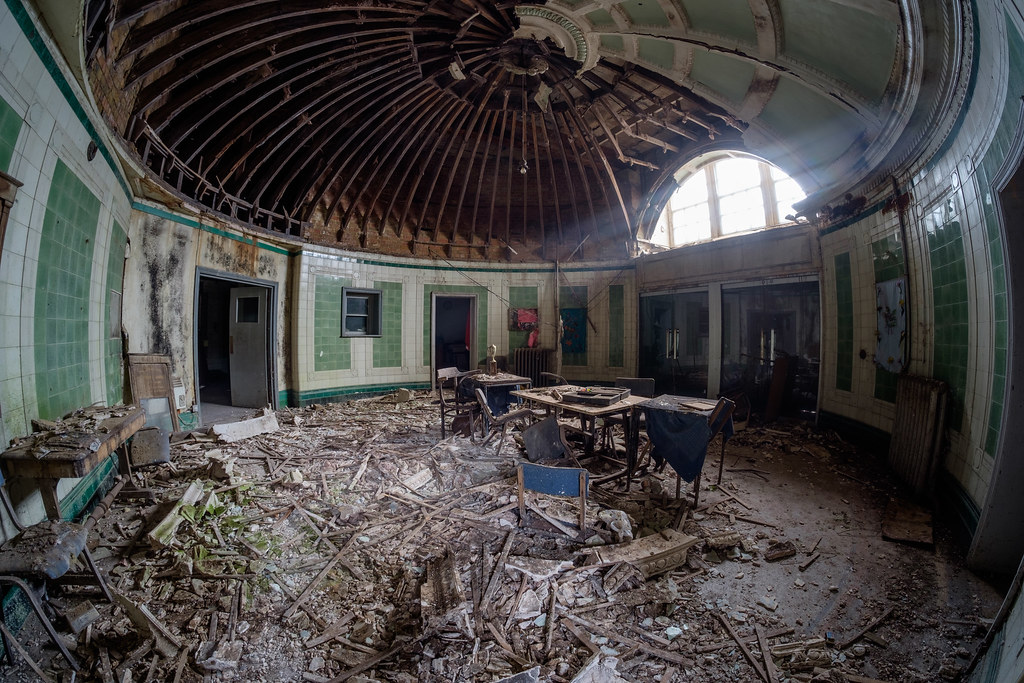 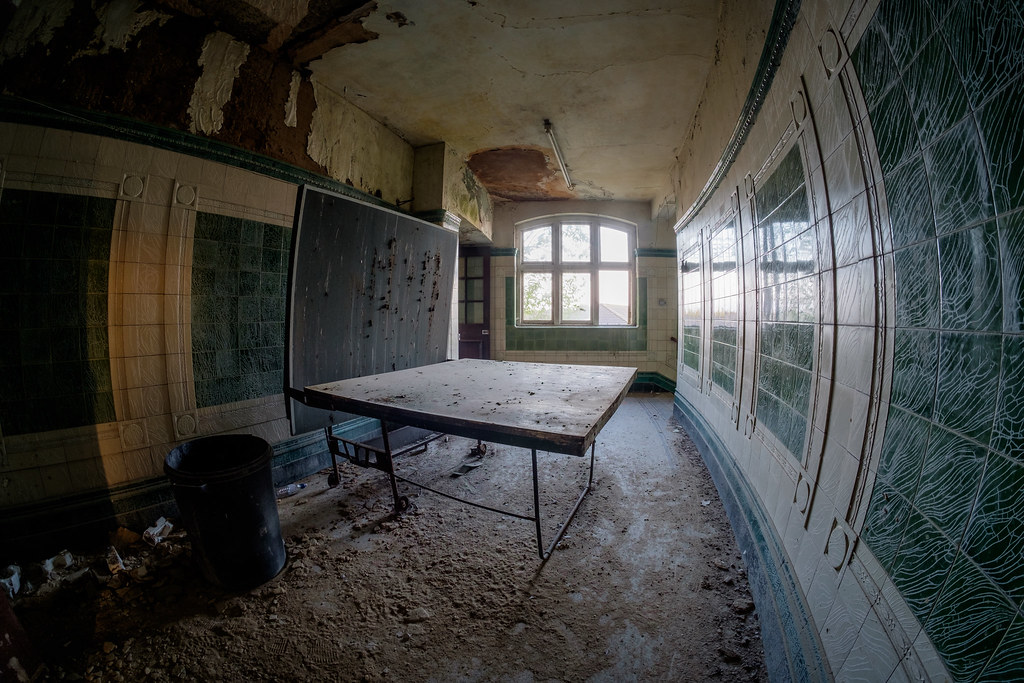 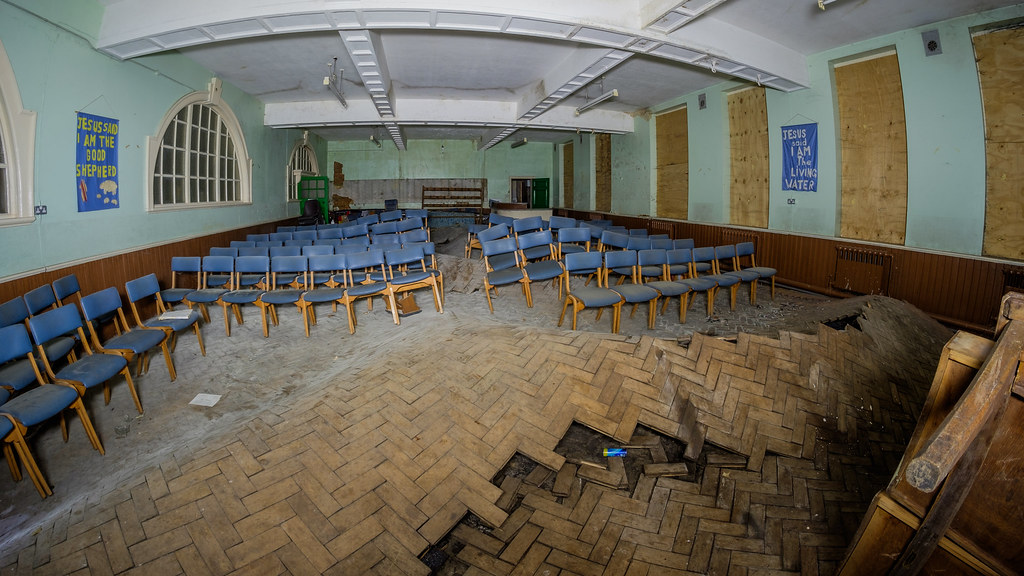 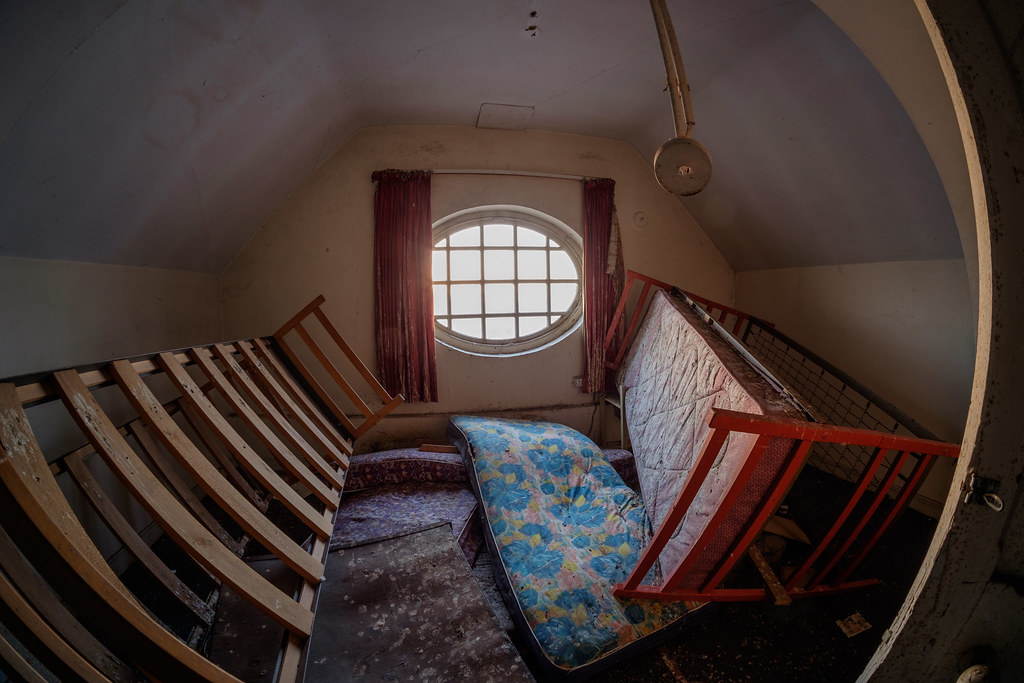 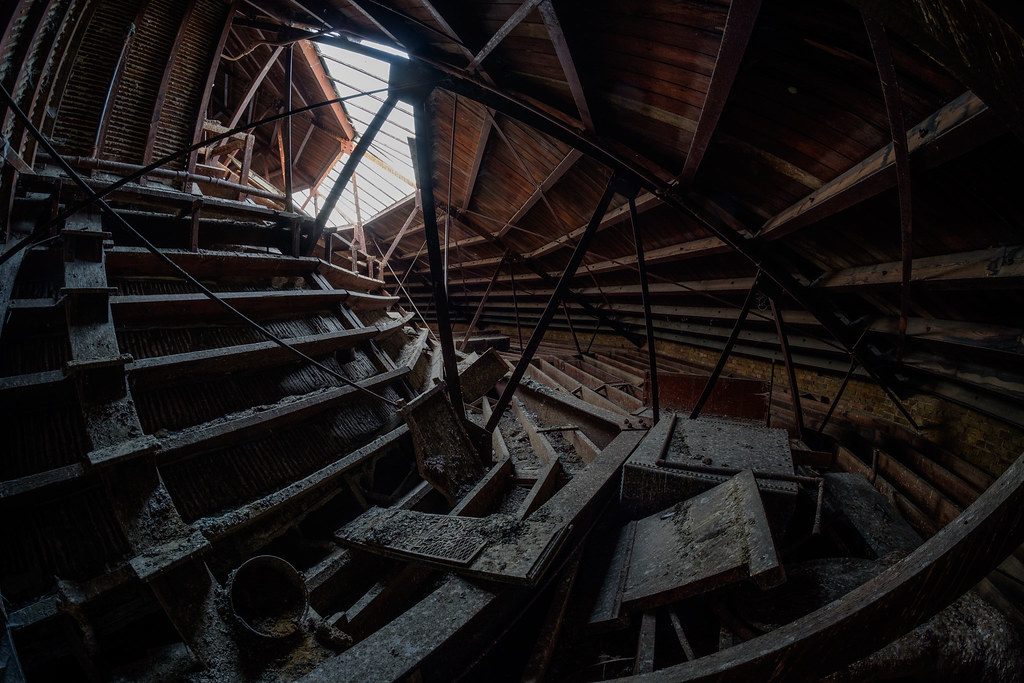 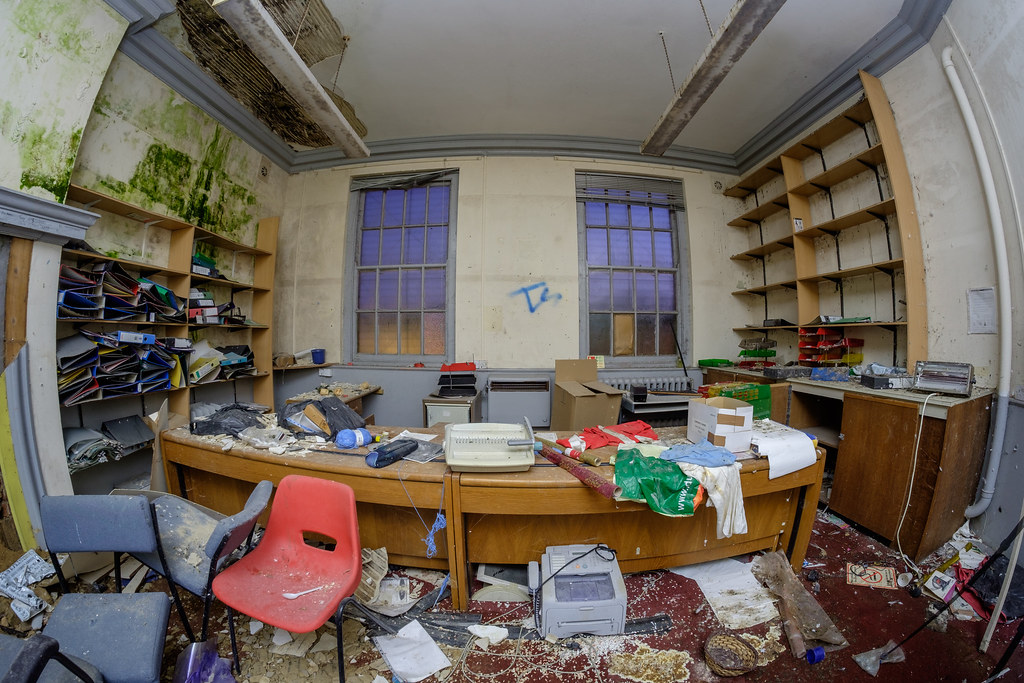 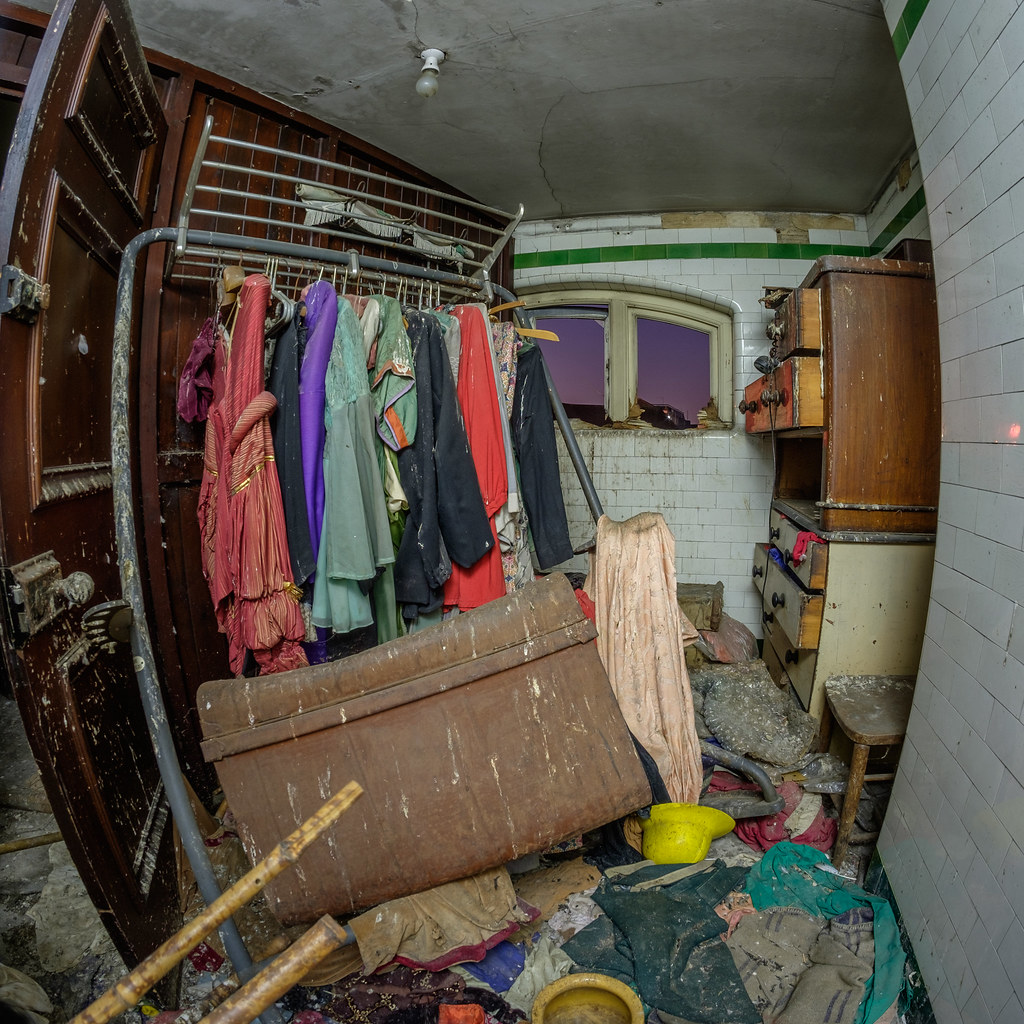 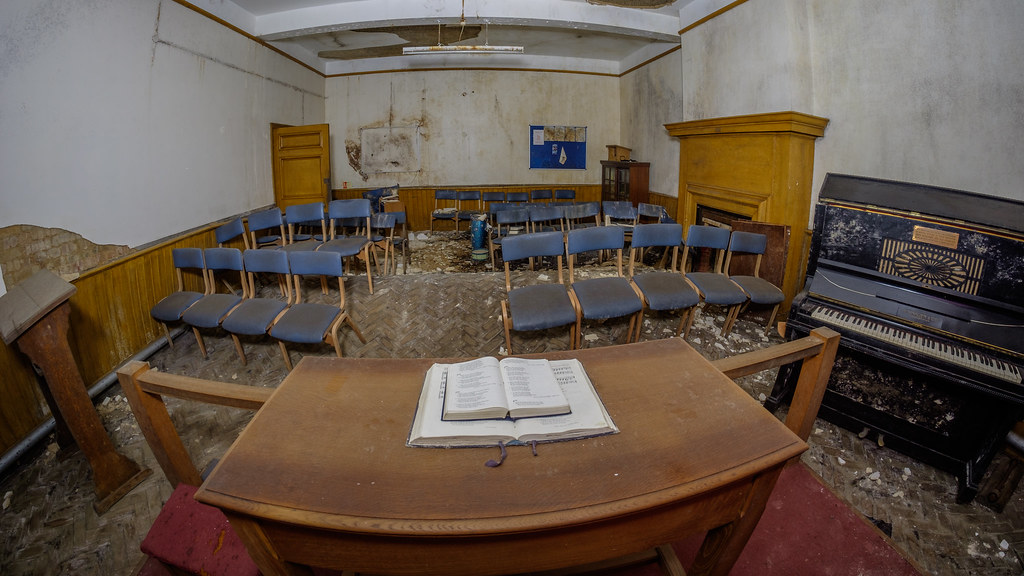 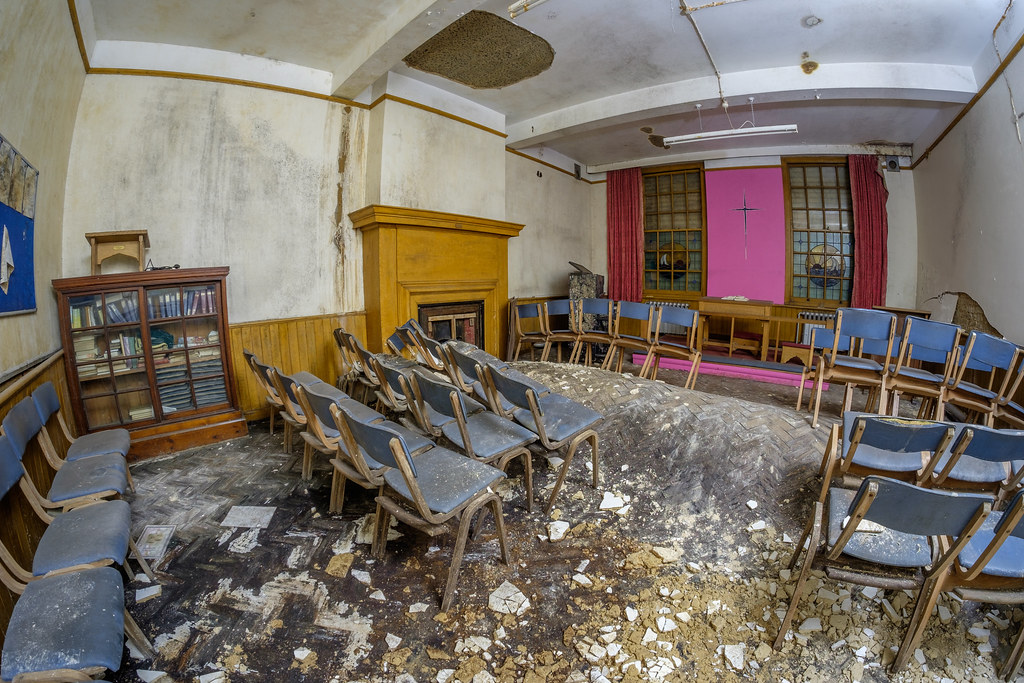 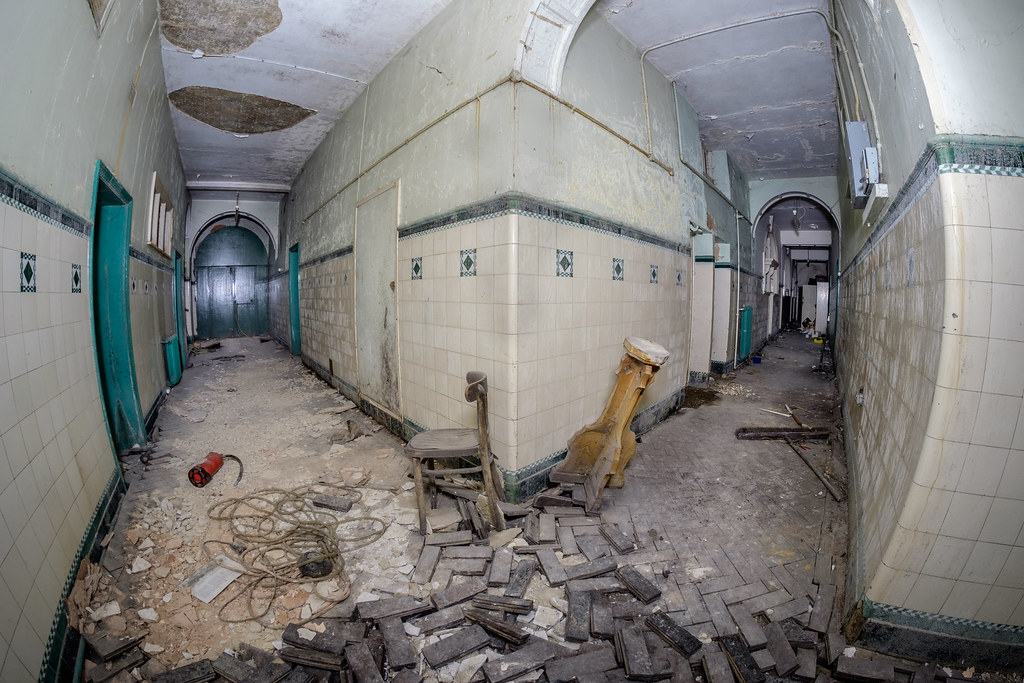 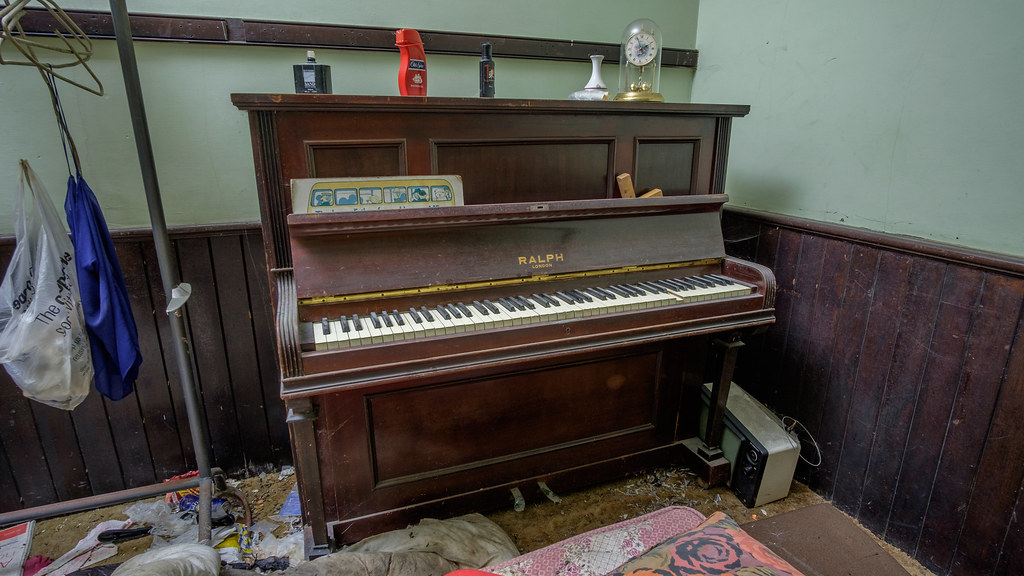 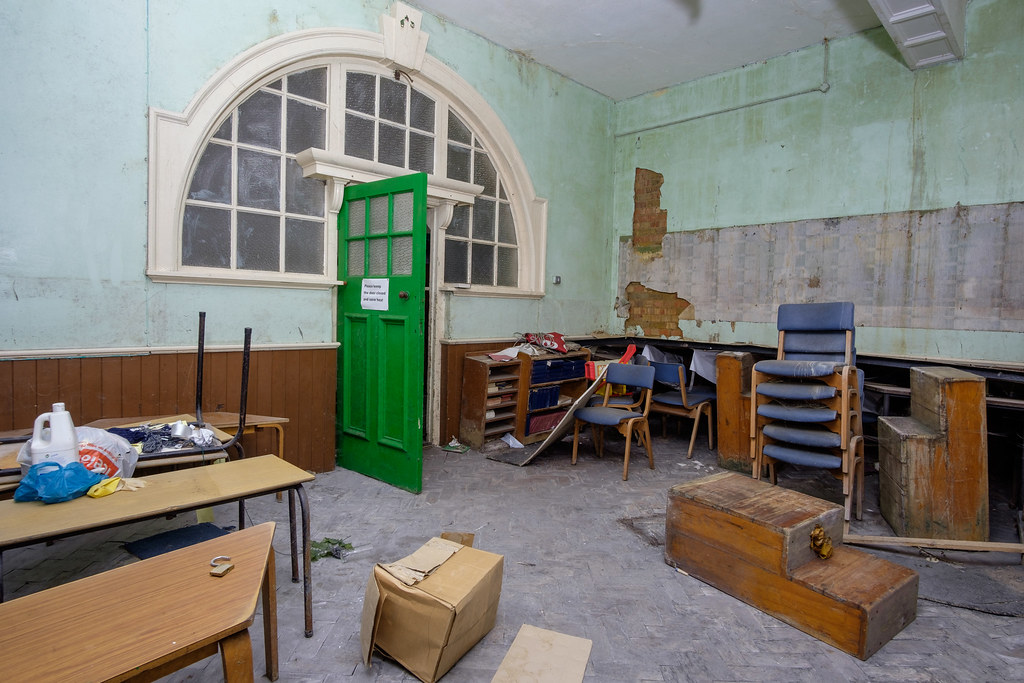 Cracking photos there. Thanks.

Nice photos, nice take on the place gromr. Shame about your trousers tho.

Absolutely gutted I couldn't make it along for this! Had to be done though. Cracking set of pics though mate, the first one is spot on.

It was a great place in its day, I was in the scouts up to 1958 we had camps each year great times.

Rod dewhurst said:
It was a great place in its day, I was in the scouts up to 1958 we had camps each year great times.
Click to expand...

It does look a lovely building this one
H

BikinGlynn said:
It does look a lovely building this one
Click to expand...

Another elegant building slowly deteriorating. Was that a drone shot looking down from inside the dome?