The Line Of Trains, Norfolk

Intro​
Sitting dormant on a line, awaiting preservation are a series of coaches ranging from MK2 coaches, Class 108 DMU as well as a Royal mail PCV coach.
Oh yeah, and a stoneblower.

History?
There's very little history i can gather for this as the line they're on as well as the stock them selves all have different origins and stories so I'll add some info on at the bottom of each photo.

The Explore
As most explores in Norfolk or anywhere in this region begin, it was in a field, whilst trying to avoid a number of cows and calves from turning us into a fine paste. Eventually we made it to the line and in front of us was a big yellow thing, later turning out to be a stone blower.

Now unfortunately I didn't get any external photos on the visit, as we were all too occupied trying to get into the coaches, which was quite a challenge. 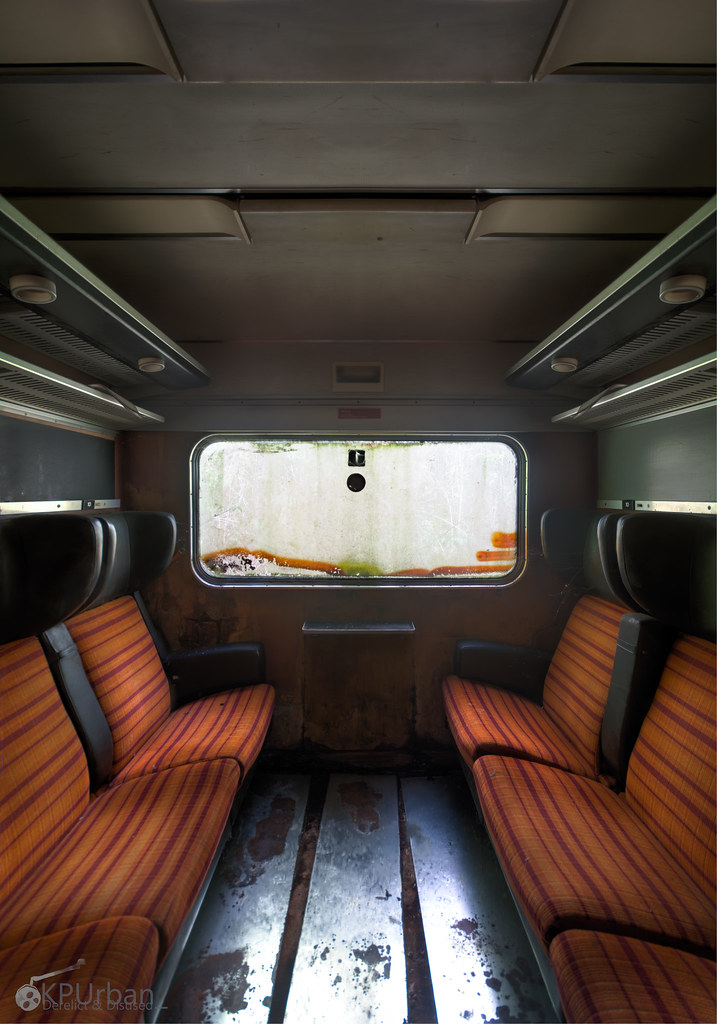 British Rail
This coach was mostly trashed inside and hence i only bothered with this one shot. As all the other compartments are empty. The coach appeared to be in the former BR Blue livery as a First class coach. 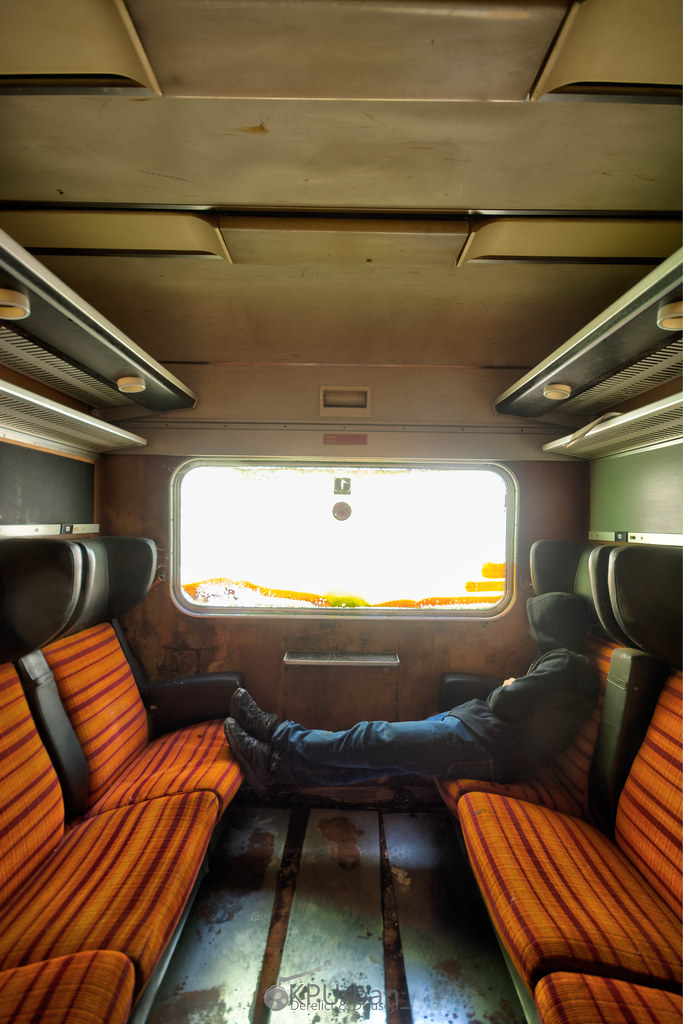 Feet Off The Seats

Anyway, Once out of that first coach we next found ourselves inside one of the driving coaches of a former br 108DMU. 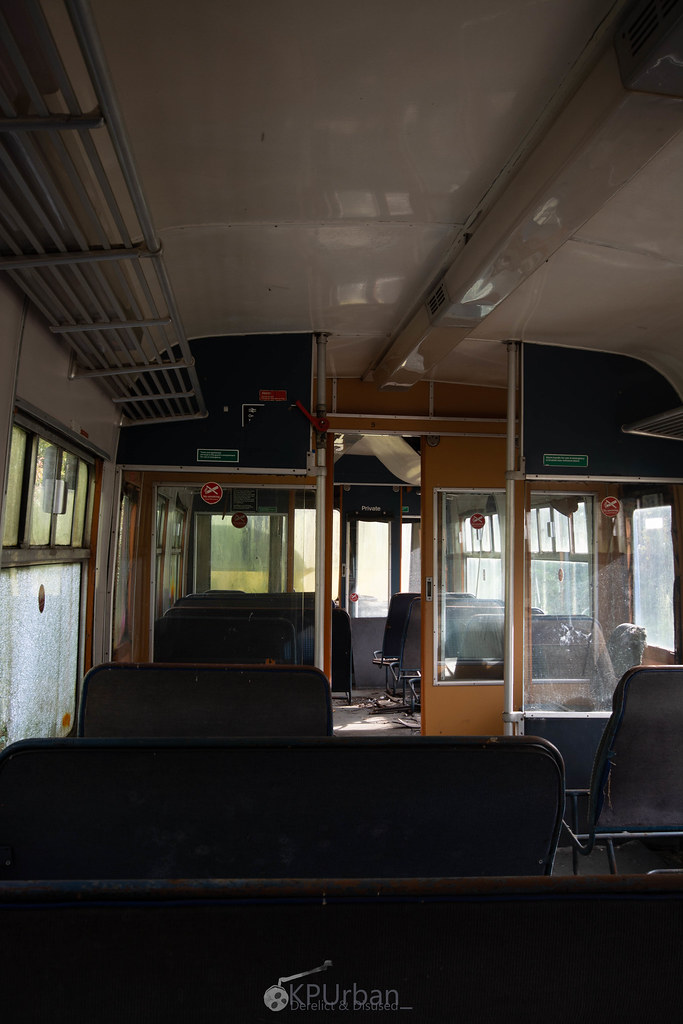 Cab
This unit was also in the Former network south east livery and would have operated in the eastern region when in operation before being preserved in the 90's.

Next up was a MK2b coach which appeared to have been either recently stored or had started to see work commence in an effort to get it running again. The coach it'self is in a BR Blue/Grey livery and has suffered no obvious graffiti attacks. 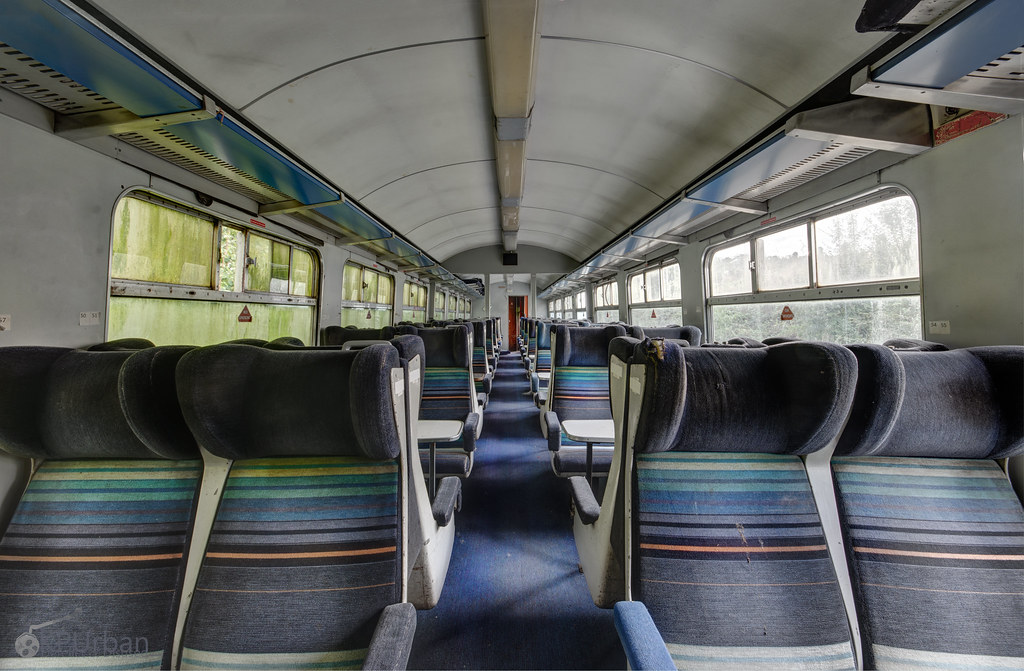 One the way out we stuck our heads into the stoneblower. 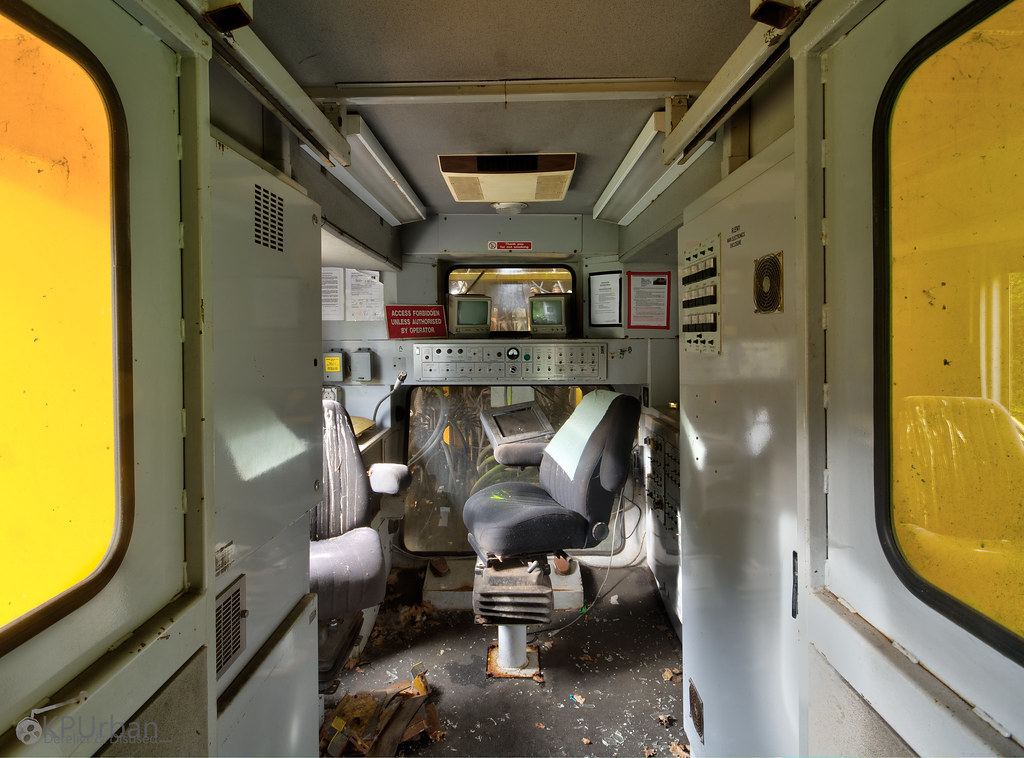 And with that we were out. Unfortunately the driving cab of the RoyalMail PCV was inaccessible but was still a good visit.

Thanks! Do love some good trains, plenty about just hard to get to...