I had been waiting to do this one for a month or so; but simply hadn't found the time to hop on the M40 and up to Brum.

It was a good opportunity to meet up with some explorers whom I have been chatting to for the best part of ten years or so and do an explore at the same time!

We arrived here mid morning one Sunday and once inside; the beauty of the place was revealed! I really loved this place.

Again though; it was full of the new age era of explorers; about a dozen of them, some videoing and some just shooting photos. It's rare you bump into a person on explores, but lately its been every explore. This one was flavour of the month back in the summer though!!

After the explore, we went to Costco for a cheap lunch in the canteen there and had a nice, chilled drive around the local area looking for other sites


The Hall, built between 1903 and 1904 by architects Ewan Harper and James Harper and the terracotta was made by Gibbs and Canning ltd of Tamworth, is situated at the northern end of Corporation Street in Birmingham.

The hall is a 3 storey red brick and terracotta building with Grade II Listing on it, with 2000 seats in the main halll over 30 additional rooms including 3 school halls.

This club's last event at the premises was "Flashback" in 2011. During its time as a Night Club 3 deaths were reported.

In 2018; Birmingham city council granted planning permission to convert it into a 147 room hotel costing £35 million.

Works have begun and are expected to be complete by 2020.

I just love the contrast between old and new here; with the older Methodists Hall and the big, modern buildings springing up around it.

There is a live part of the building and as we were there, a Gospel Band were practicing literally behind the wall; a strong scent of Jerk Chicken was filling the rooms of the abandoned part. 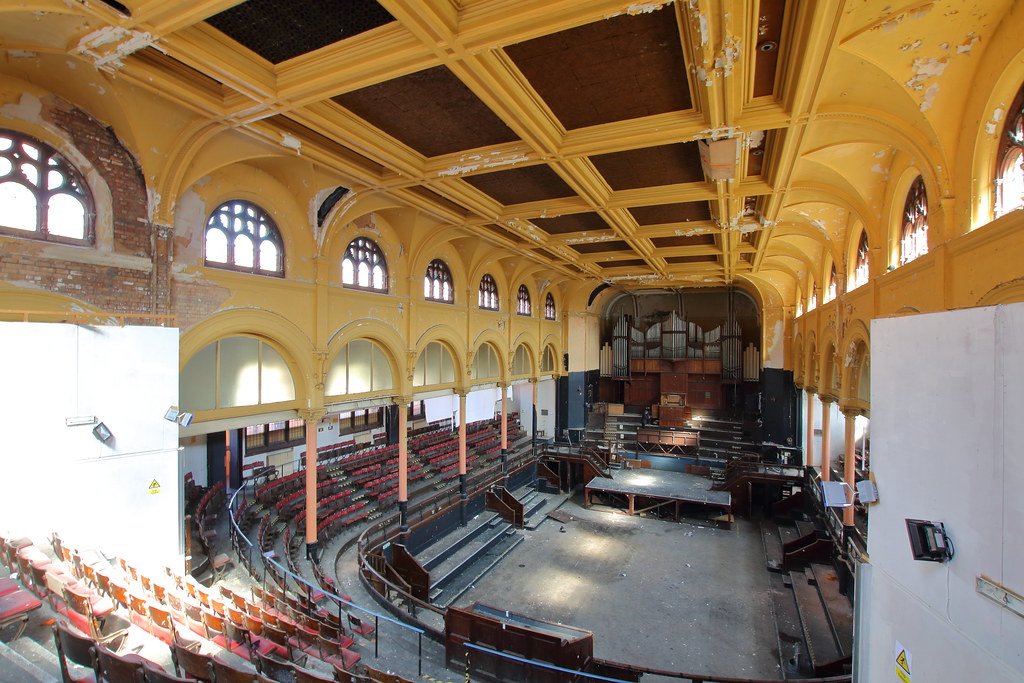 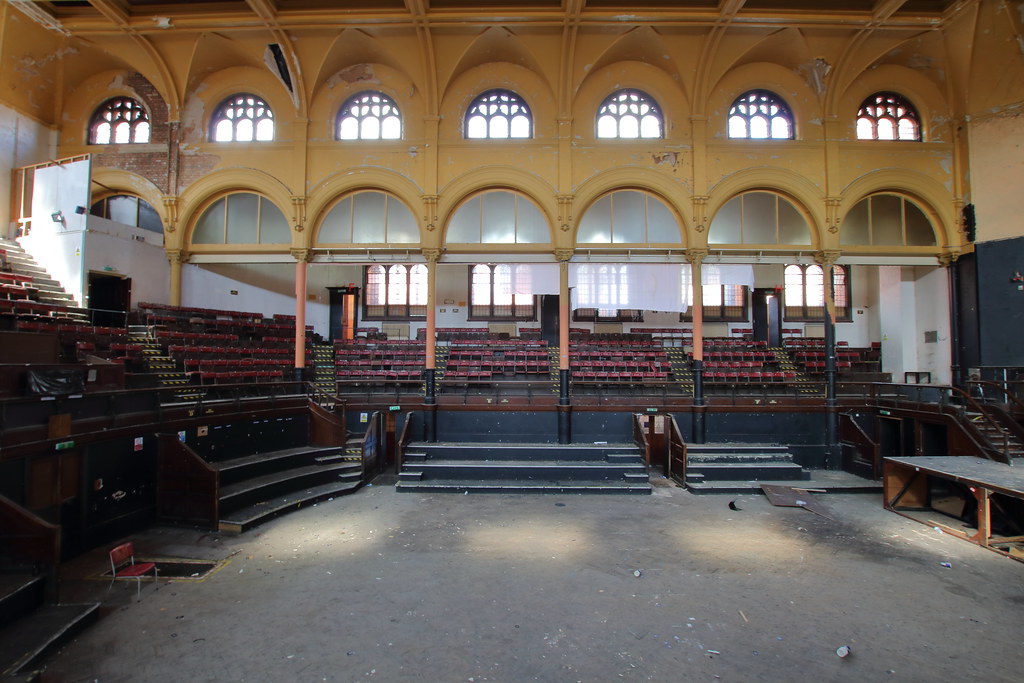 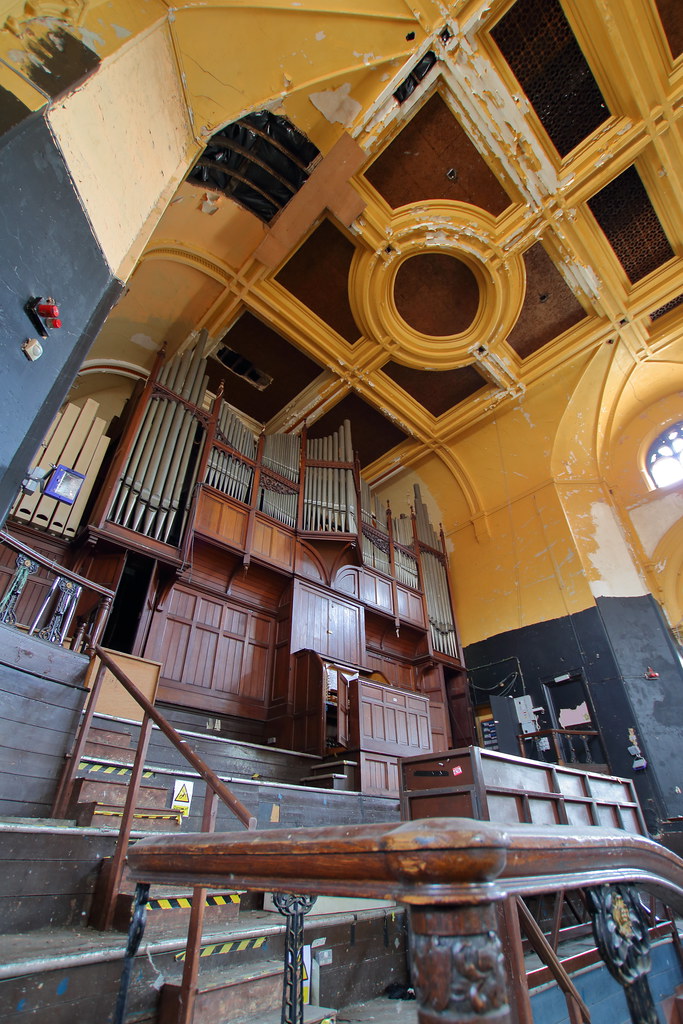 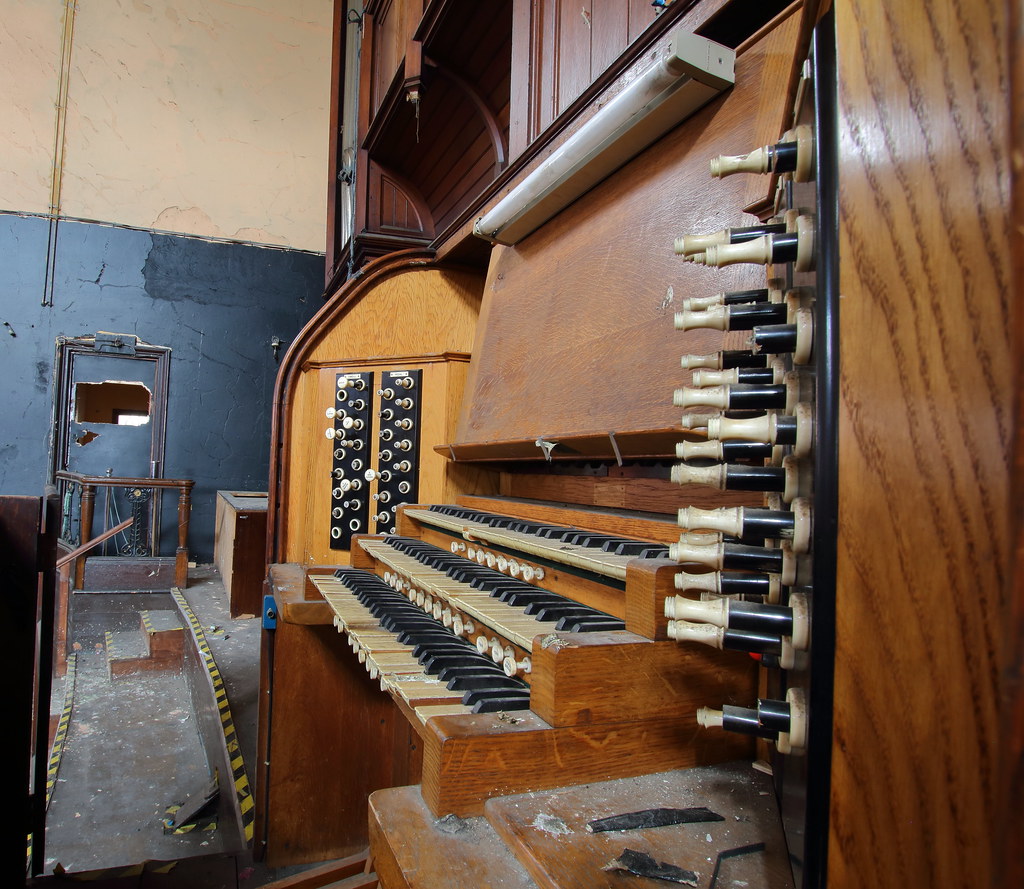 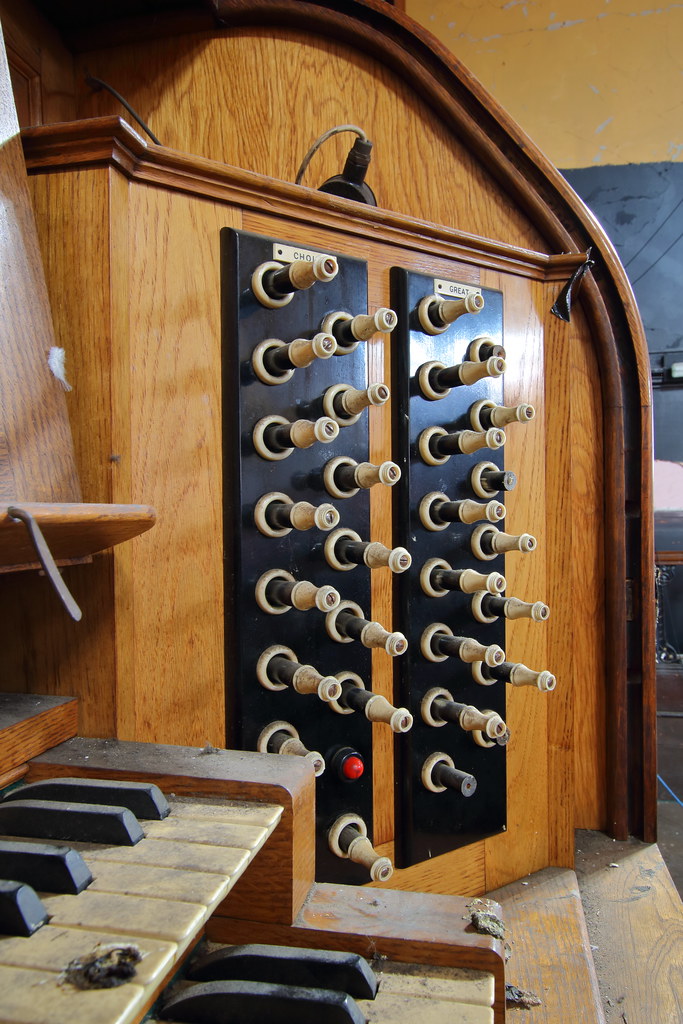 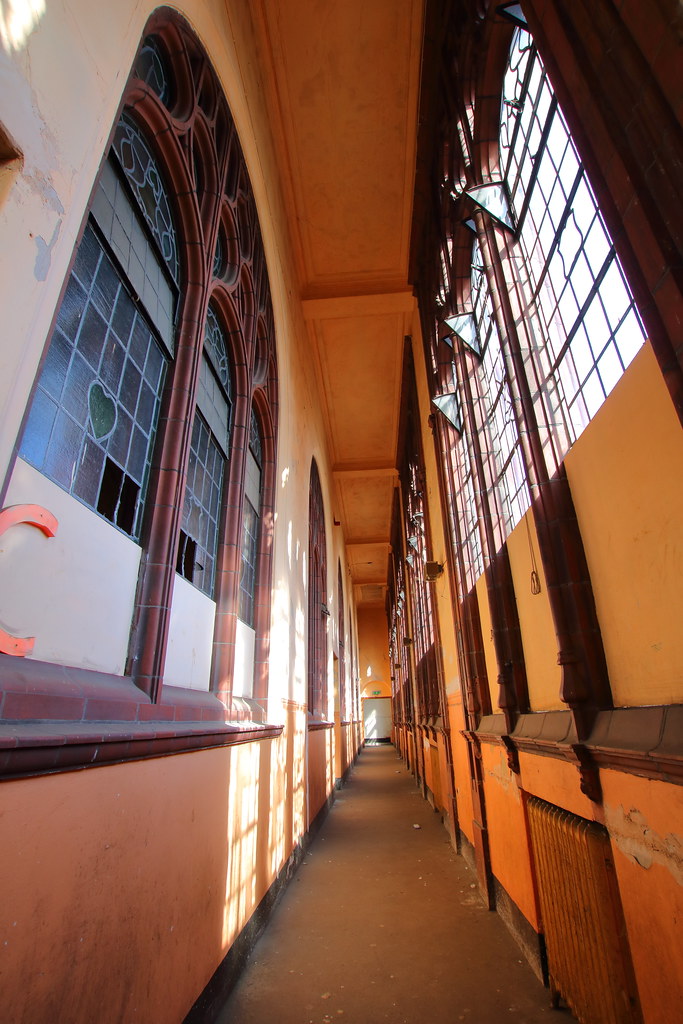 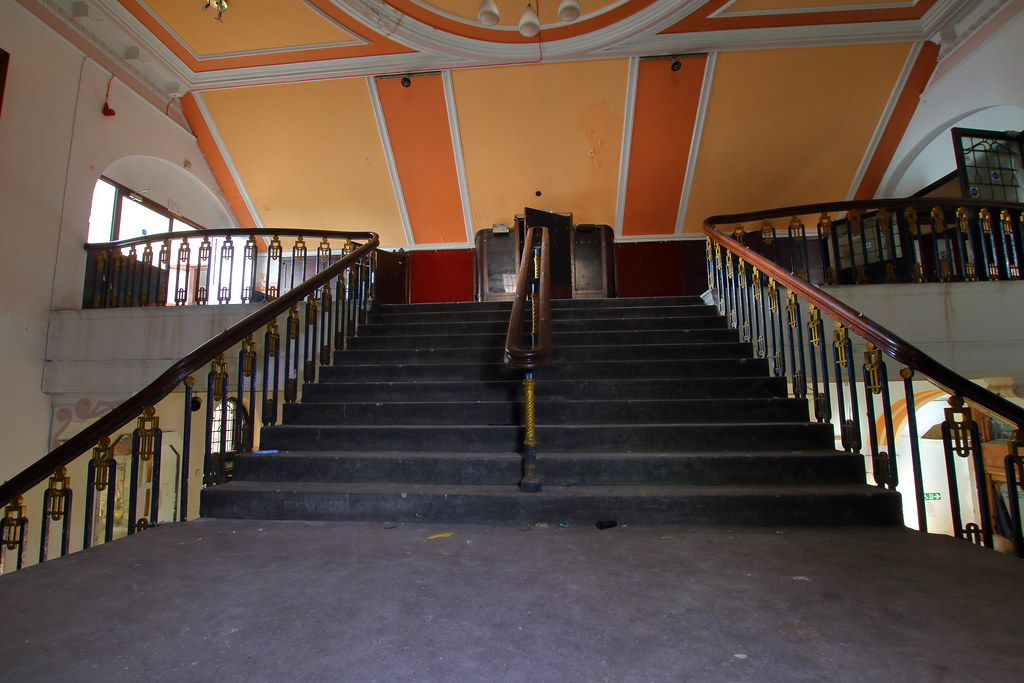 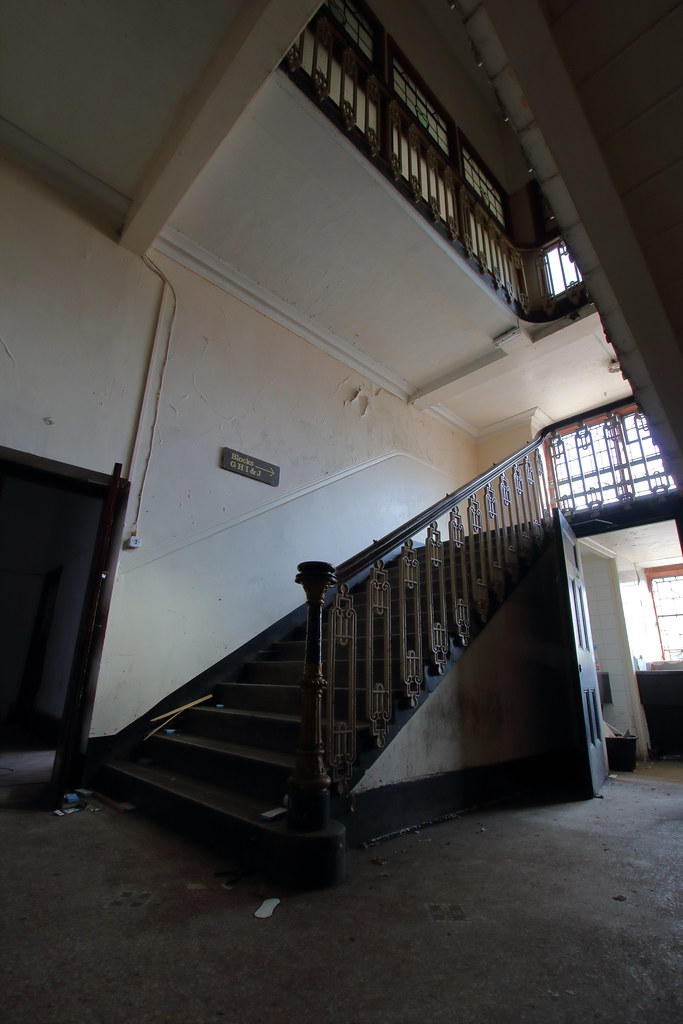 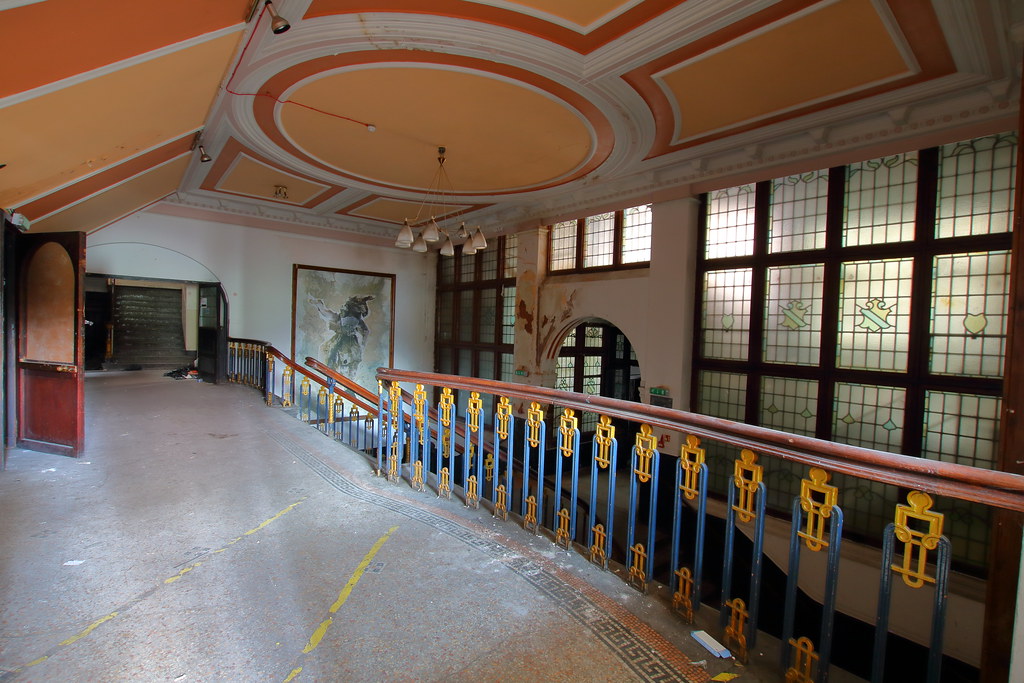 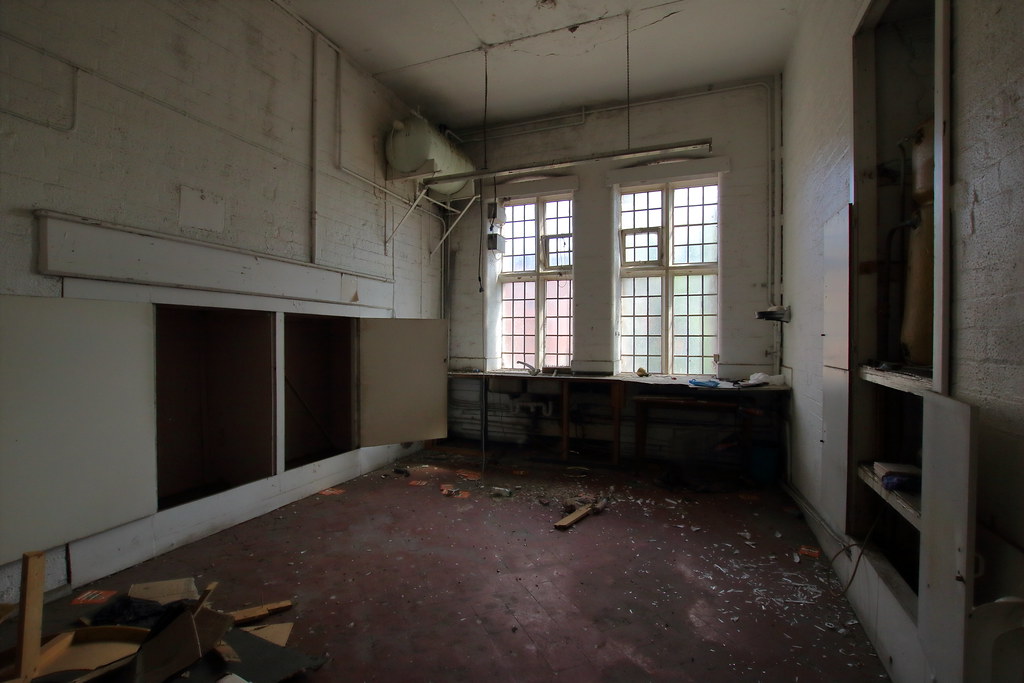 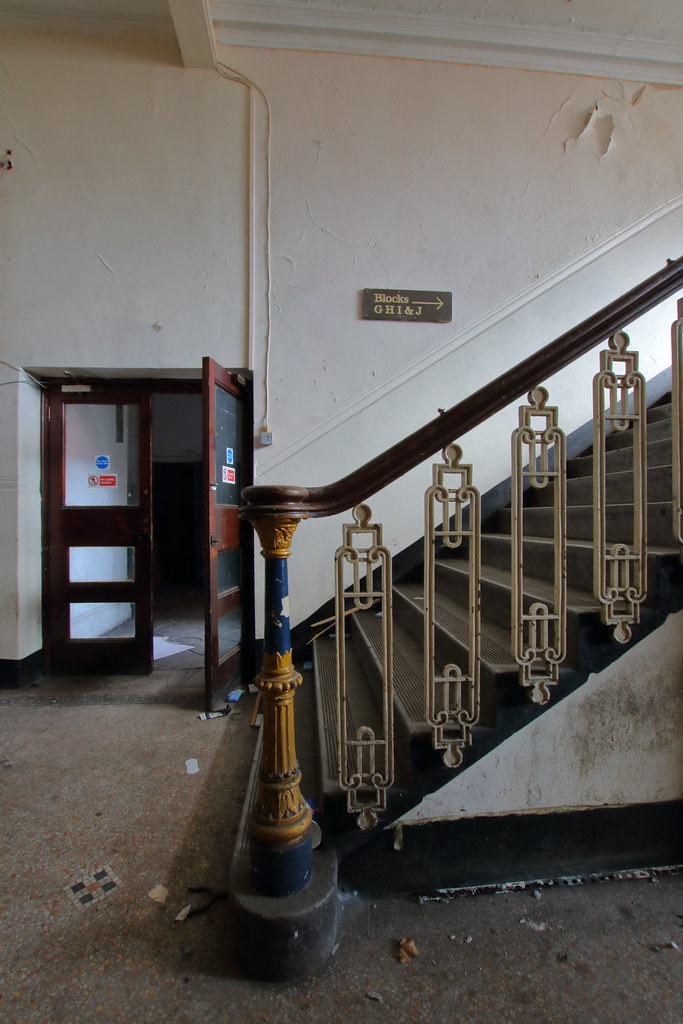 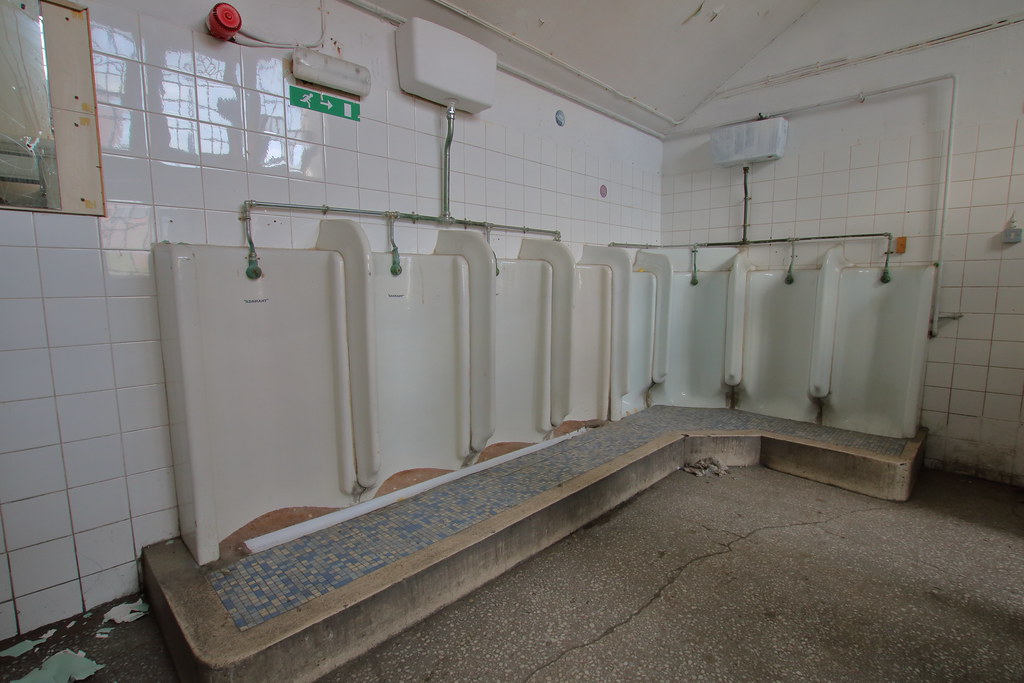 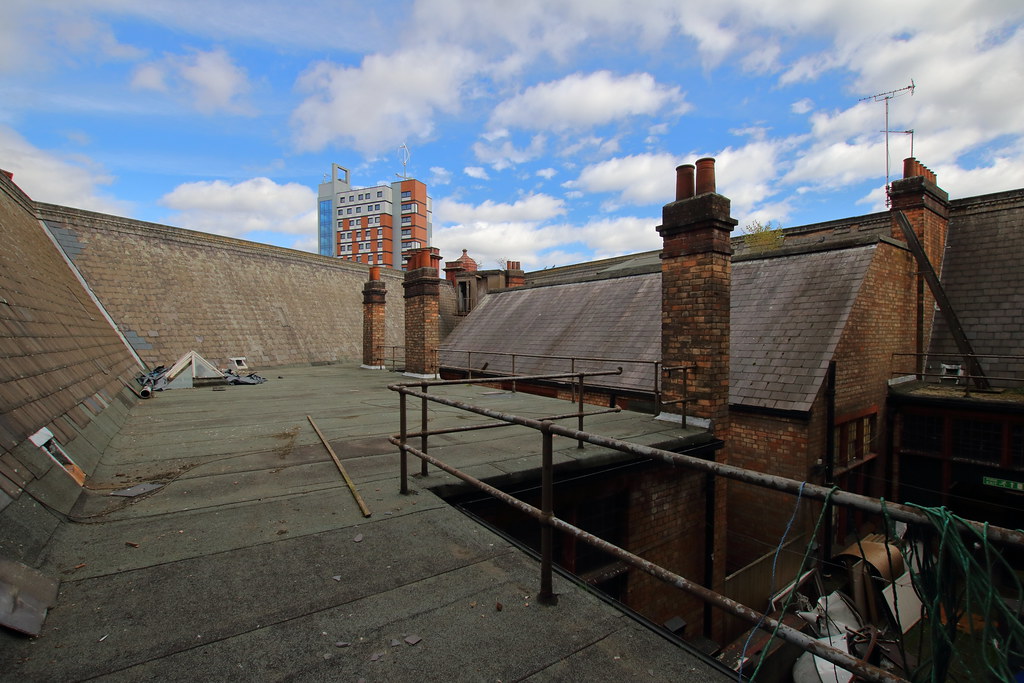 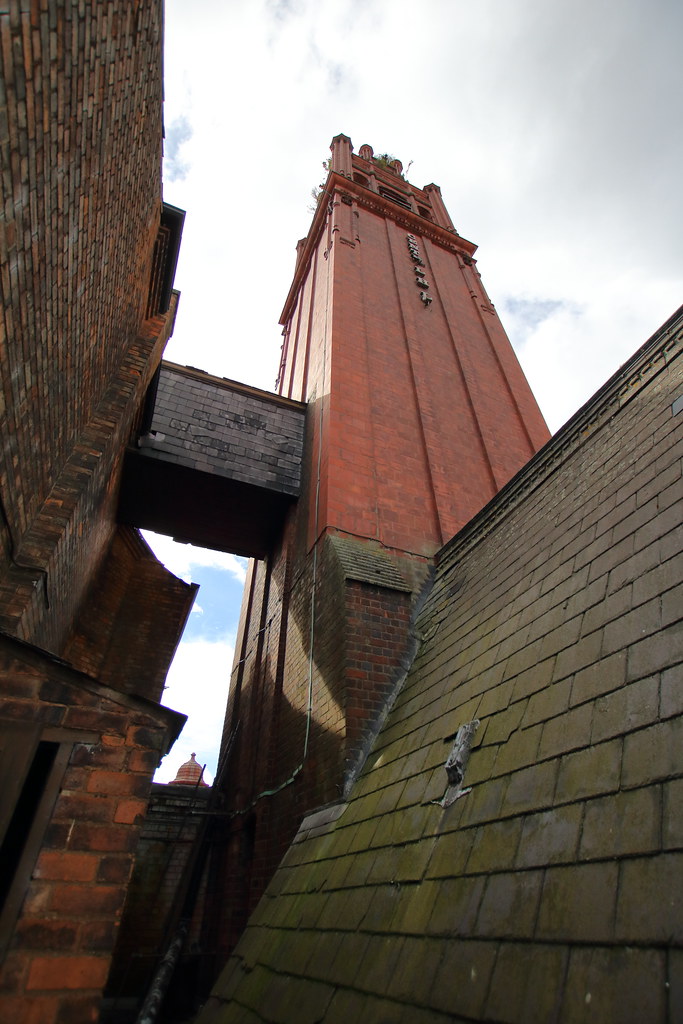 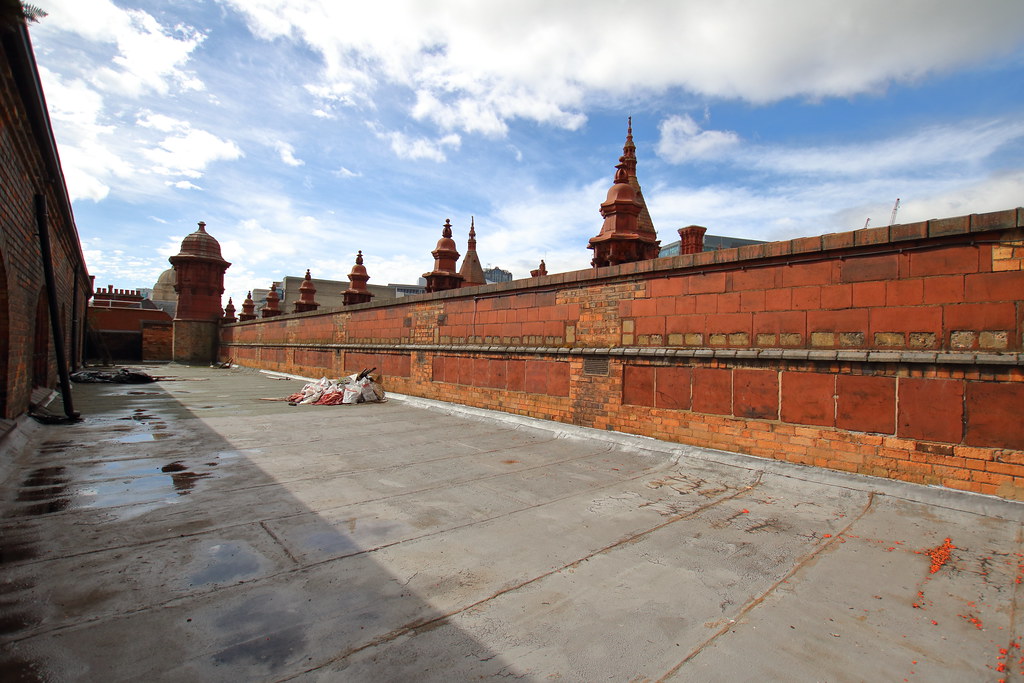 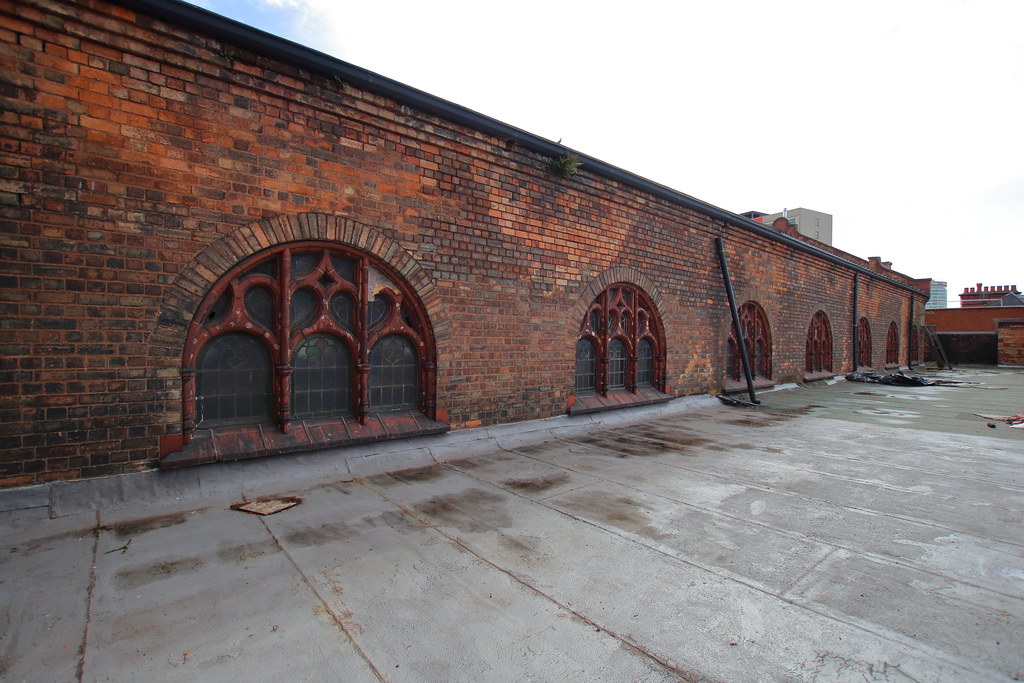 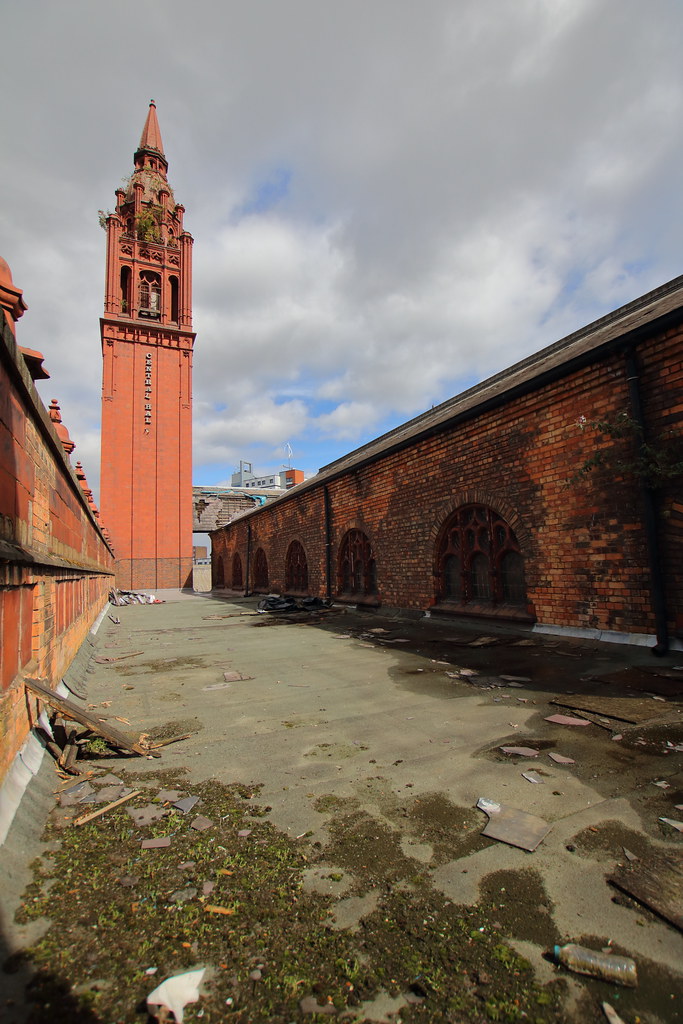 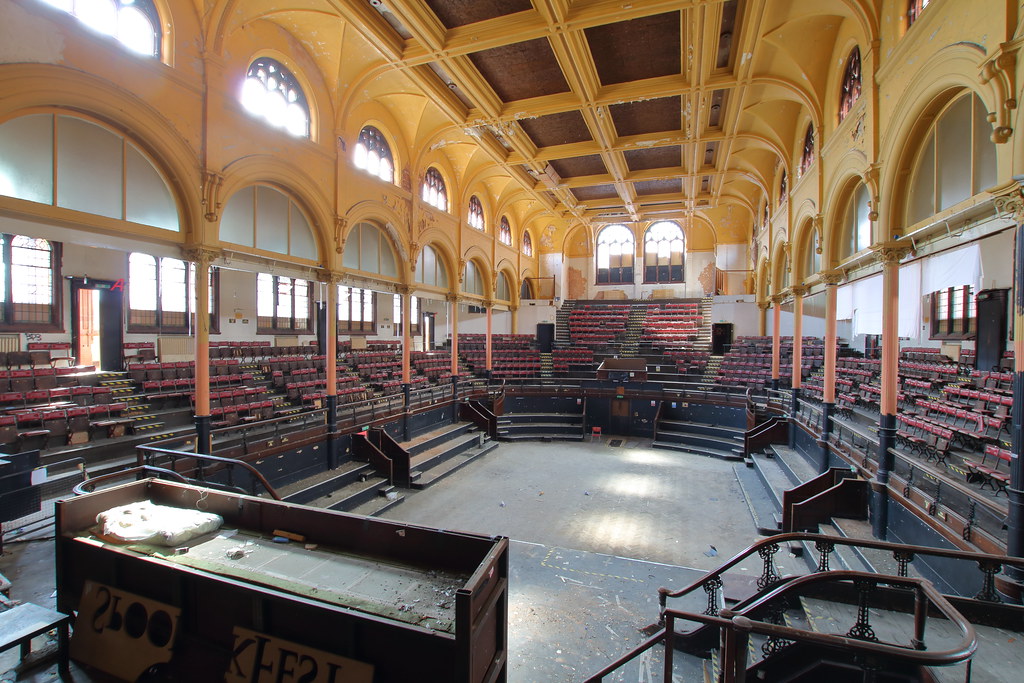 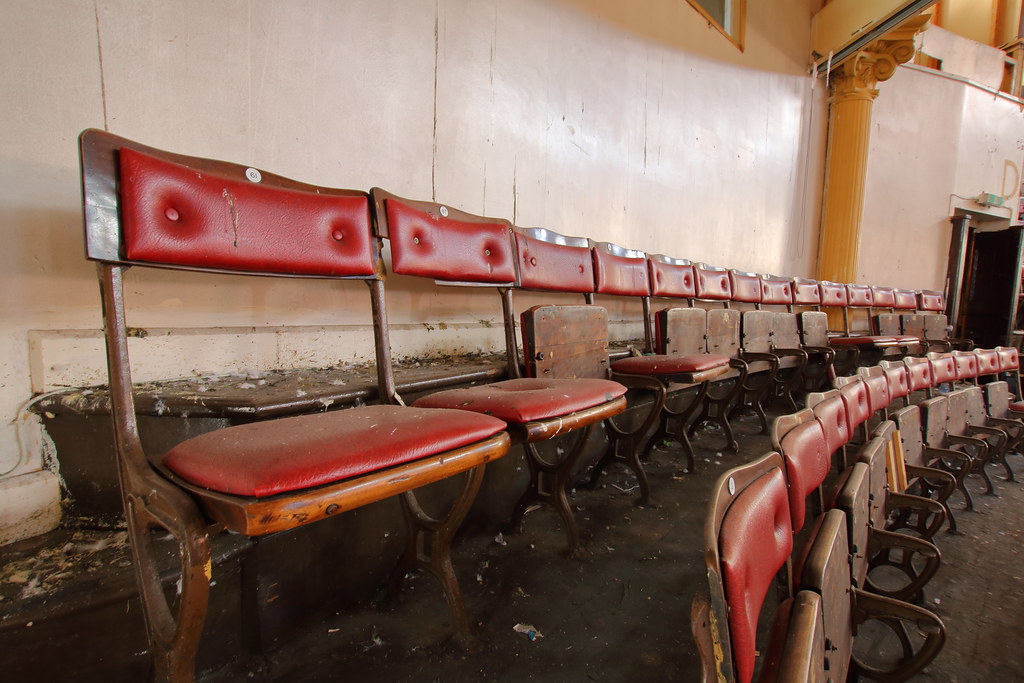 nice place that. have been needing to do it for a while.

KPUrbex said:
nice place that. have been needing to do it for a while.
Click to expand...

quite a way into renovation now

Loving the roof shots, bit different. Its one I would love to do!

The tower is a tease! Mind it's probably full of rotten wood and bird poop..

Massive building and quite pretty inside and out. Would love to see more of the mechanicals of the place if they still exist?
W

Nice one
I rather liked it here too and it was also busy then.
S

I see some arsehole has had all the Ivory stop knobs off the organ. Why people do this isn’t, sadly, a mystery to me. Some people will nick anything. That said...lovely explore and report. Thank you.

Love your roof shots, I didn't realise the tower had that little tiled connecting corridor, I like that! Sadly sum attention seeking, ego tripping wank stain also put shit tags around the organ sometime after your visit.

Jan 12, 2022
Jenal Urbex
J
B
"The Fawlty Towers of the North" - The New Kimberley Hotel Blackpool