Located on top of a cliffside, deep in one of the most beautiful national parks in Europe, lies an abandoned villa. Known by the locals as Objekt 99 (Object 99), this secluded and mysterious compound was one of the personal residences of the former Yugoslavian leader, Josip Broz Tito. Build by political prisoners in 1953 after the split between Yugoslavia and The Soviet Union on an area of more than 10 thousand sq meters (108 000 sq ft), the villa was a perfect hiding spot from which a war could be coordinated. 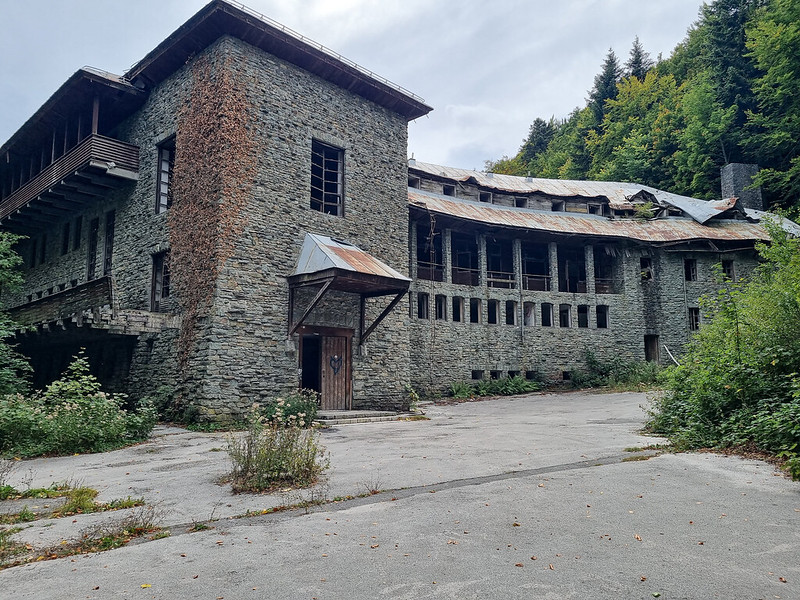 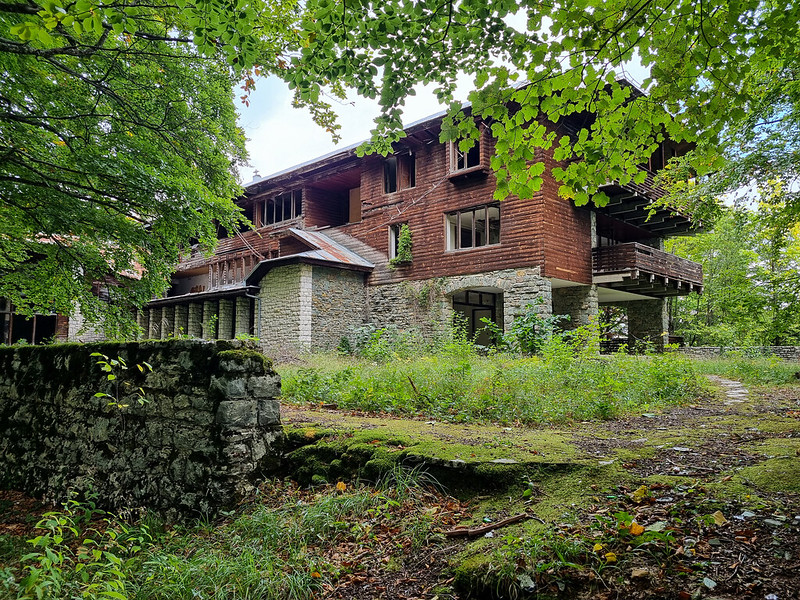 As the split between Yugoslavia and The Soviet Union became more pronounced, Tito feared that a Soviet invasion was imminent, so the whole country started preparing for war. Hidden in the basement behind a thin wall, there is a secret escape tunnel dug up through the rocky underground. In a case of emergency, Tito and his closest staff would break the thin wall and escape to the other end of the hill where a car would be waiting. 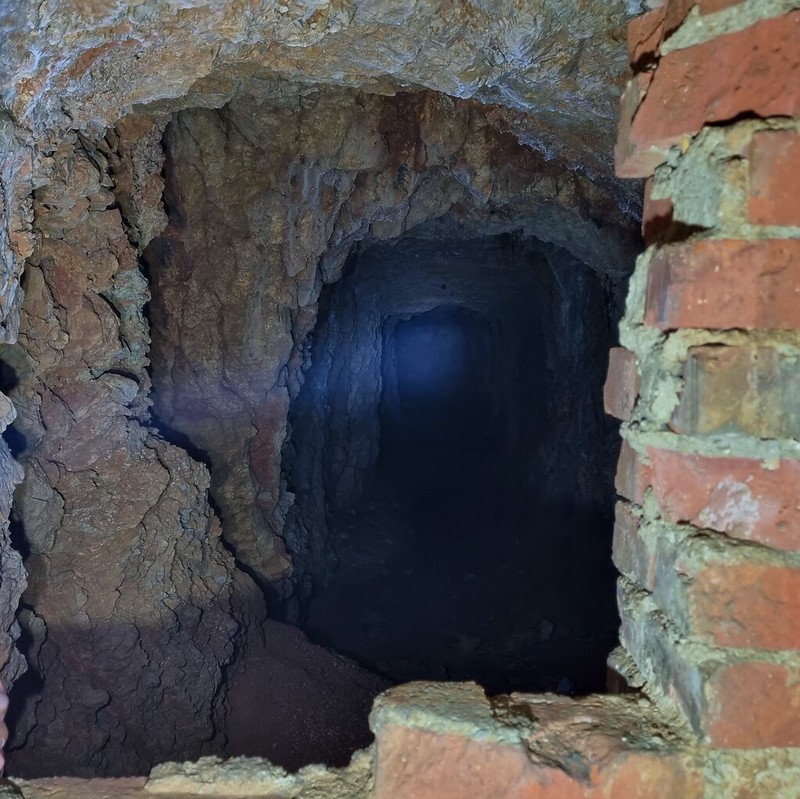 The villa was the most expensive single residence in the former Yugoslavia, hosting a cinema and bowling alley, with the interior covered in woodwork and marble stairs. Although Tito visited the residence only 5 or 6 times in his life, it was mostly used by Croatia's communist leaders for hosting wild parties and events. 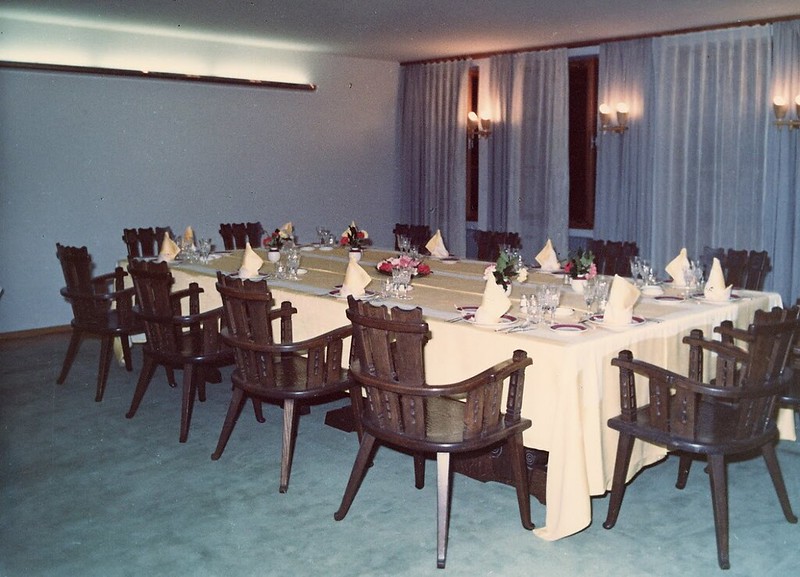 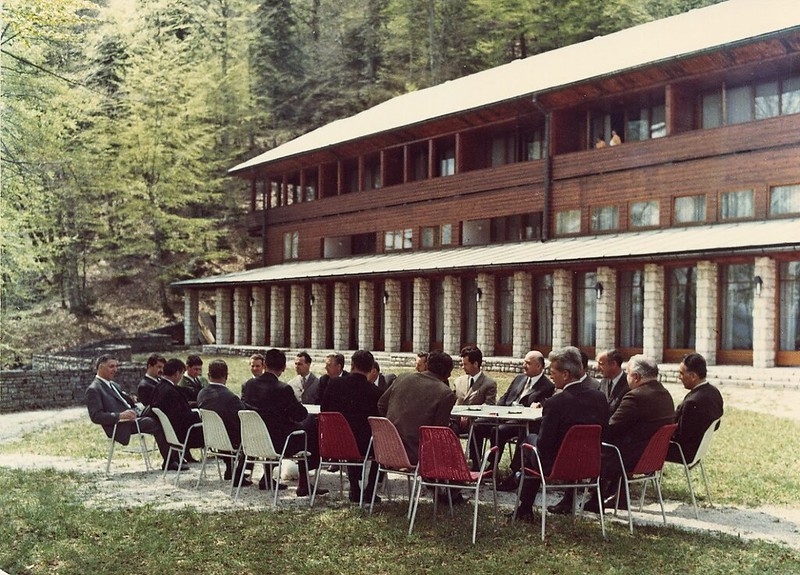 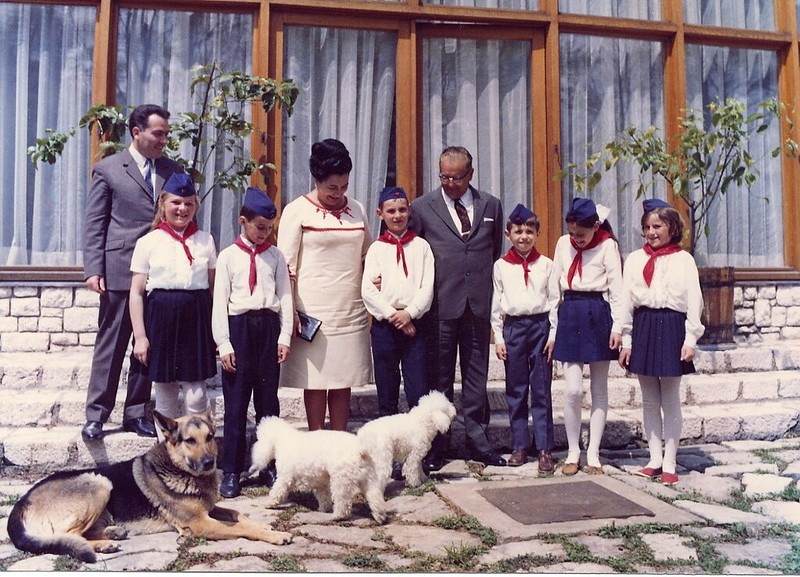 It had a closed central heating system with two boiler rooms. Water was pumped from a source deep in a canyon below the Villa. The left villa wing was made up of 4 apartments, of which the Presidential suite was the largest. It had its own balcony with a view of the entire national park and the 120 m (400 ft) abyss beneath. The right wing was composed of 20 apartments for housing all the guests who came to visit the residence. 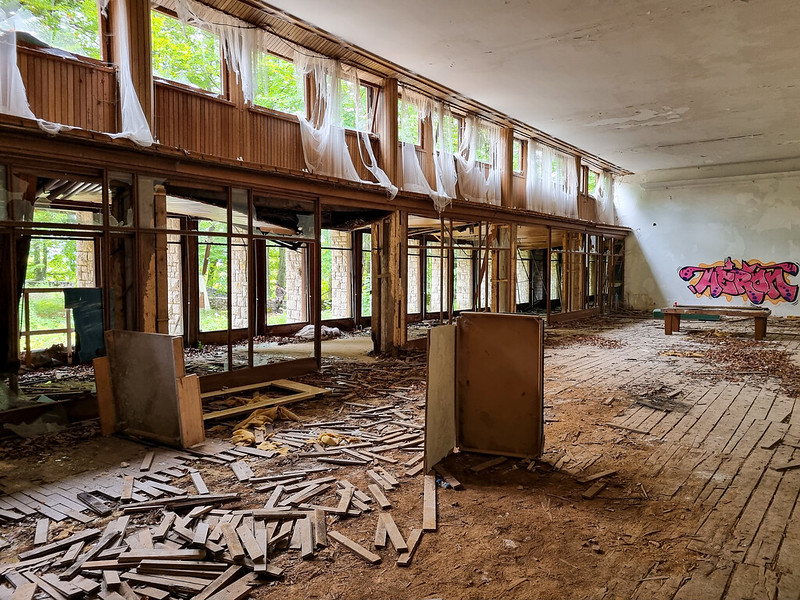 After the Yugoslav wars in the 90s, the villa was completely looted and left to the elements. If you are interested in the video exploration of the place, complete with the tunnel, you can check it out here:

During the Second World War, my father was stationed on Vis (an island in the Adriatic) which was Tito's war HQ. His campaign was directed from a cave that visitors can still go to. Unfortunately, I was not able to get there on my two visits to the island. (Infimity). The island is well worth a visit. I would love to go back there but as they say, age does not come by itself!
E

Great bit of history there. Facinating.

Does look another good explore that, would like to see more pics of that.

@Daglrock I was on Vis many years ago exploring just that, it has a whole maze of underground tunnels and bunkers, even an improvised military airfield. It's on our radar for future explorations. Your father must have great stories to tell about the island and WW2.

@BikinGlynn Sadly, these were the only ones, we are currently putting more time into photographing the places we visit.
Here is a photo of the marble stairs in a relatively decent state. 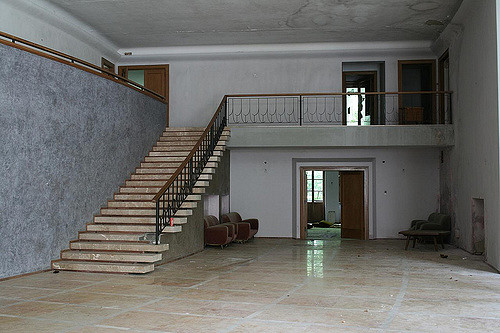 And of Tito after hunting (photo location - villa entrance): 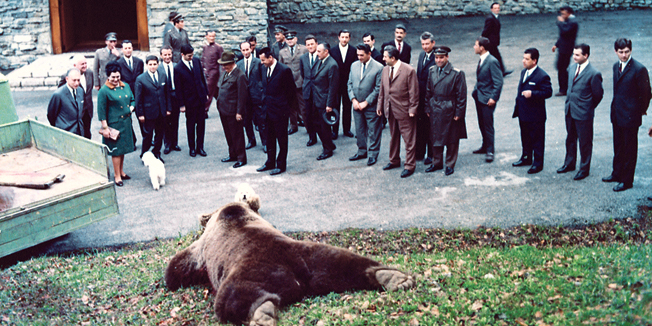 Thanks for your info. The airfield was built by hundreds of partisan troops (men and women) marching up and down on the chosen ground for days to flatten the ground enough for aircraft to land. For many years the Island was out of bounds to tourists because it was a naval base for the Croatian Navy Once it was opened up my mother went every year with a veterans group to honour both the Croatian and allied personal who gave their lives there. My father unfortunately died in 1948 when I was 26 months old from war wounds.
H

Daglrock - it may interest you to know that I used a 100 plus cattle to compact the earth dutring the construction of the Pelaneng airstrip, because it was imposssible to bring a roller to the site. Now abandoned, the airstrip was used prior and during the construction of the Katse Dam and tunnel for the first phase of the Lesotho Highlands Waster Project. The load bed from an old lorry was used to smooth the ground. See the attached photos.

Awesome stories, these are what history is really about, human endeavour, and using initiative to get a job done.
H

Sarah Waldock said:
Awesome stories, these are what history is really about, human endeavour, and using initiative to get a job done.
Click to expand...

Thanks, Sarah. It largely came from my ever punning mind and the proper roller being call a 'sheep's foot roller'. "Why not use sheep's feet?" I asked a table of AMICEs.

why not, indeed.... herds of sheep have been used to flatten land time out of mind.
H

Sarah Waldock said:
why not, indeed.... herds of sheep have been used to flatten land time out of mind.
Click to expand...

Part of the reason for calling it a 'sheep's foot' rolleer is that the pointed tips of sheep's feet dig in and compress the ground, more so than the flatter more rounded feet of other animals. The result is that rainwater does not then soak into the earth and penetrate it. The water then runs off across the surface and is lost, often causing soil erosion by creating gullies going as deep as bed rock. I also saw this in Lesotho, added to by repeated overgrazing by sheep and goats.

ouch, not good in dry regions. Fascinating, thank you
H

Nor in wet - I've attached photos showing soil erosion in the lowlands of Lesotho, where rain is not in short supply.

While Europeans are being castigated for just about anything they have done over the past 500 years, right from when Lesotho became a British protectorate (in 1884) a mixture of peaceful times, Christian missionaries, wages from the employment of Basotho in South Africa, improved farming practices, Western medical care, and food aid from South and overseas has resulted in an ever increasing population. A downside of this has been deforestation to provide wood for burning (for food cooking) and larger flocks of sheep and goats grazing wherever they can. Hence the likes of the dongas (deep, sheer sided gullies) in the photos.

A long paragraph to ask: should Africans have been left to their own fate? Who knows?

And as for India, we wiped out Suttee. It came back.
Along with the sort of interreligious violence our troops didn't allow. I am not with the 'Oh we are the cause of all the woes of the people we conquered' brigade; we were once conquered by the Romans, and Monty Python put the woes of being Roman very nicely in 'Life of Brian.'