Location
Down there somewhere

Status: Demolished in all but the facade

Recommended? : Yes if it was still there...

I loved this location! On the first floor of the front block were the public baths, literally a ceramic bath in it's own cubicle, really great to see! Then the main pool area itself was great, still with its supports in place from its last use when boarded over as a theatre/ballroom. Along with these areas there was also the somewhat more dilapidated boiler house out the back, changing rooms, a bar area, balcony/gallery seating, lots. Sadly it is now no more having been all but demolished, leaving only the facade/front block which is twinned with the still operational Town Hall building next door.

The stage still insitu, changing room cubicles on the right, viewed from the gallery: 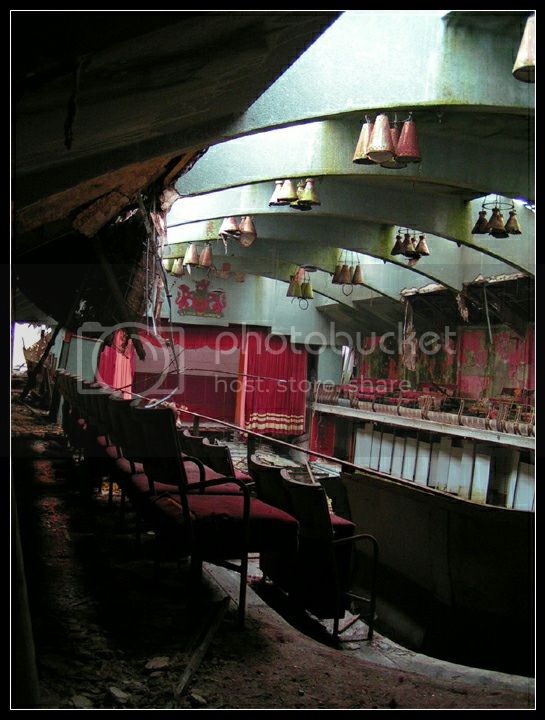 We went beginning december 2004 (sub-urban, nobodythere), and no work had started on it, but by the spring i think it was, 2005, someone posted up some pics on the darkplaces forum of the site looking buildingless. they might still be there in the now archived abandoned buildings section posts.

it was difficult to tell which bit had been demolished, but i think we deduced at the time they had demolished the smaller pool.

the new development on the site there will be the bernie grant centre, if it's not half built already. but short of going down there and having a look, i don't know what the site looks like now.

i can't get to the haringey website info either, and it says on their site that their electronic data was kept in a building at hemel hempstead, which closed because of the nearby fire. but that would be where to look when it's back up.

sorry not much help, best i can do at the moment.