So here it is, the final explore I managed to squeeze in during my adventures last month.

This narrowly missed out on being my favourite spot of the trip, had I not seen so much amazing stuff beforehand this would have easily been up there.

Unlike the other state hospital/asylum I visited this one had the grounds turned over to a public park so getting on site was no big deal, however there were still active buildings as well as a security presence to contend with. We got into one of the buildings easily enough and headed straight for the tunnels to get to the better parts.

The decay in this place is incredible and covers all the different stages from not much at all, through tagged up mess to full on collapsed areas. Imagine areas of Denbigh Asylum around 2010/2011, but multiply the risk of falling through a floor by about ten. It has some of the most dangerously lethal floors I've ever seen - parts you have to walk over right next to fallen through areas, a whole corridor with the floor bowing down alarmingly in the middle which you have to tiptoe along the very edge of to pass safely. There are other hospitals out there with obviously dangerous falling in floors but the floors here are more dangerous because of the rotten areas that haven't fallen yet, you don't know if one minute you'll be walking along fine and the next your foot (or more!) will disappear through a rotten patch.

We had spent a couple of hours inside and I was loving it, but then we decided to try and get into the auditorium which is where it all began to unravel. Heading back into the tunnels my friend who has been here probably four or five times said it would be easy, but he proceeded to get us hopelessly lost and disorientated, going round and round in circles down the same tunnels over and over again, popping up in other buildings, everything except the auditorium. I was at the end of my tether as after almost two hours of utterly pointless, fruitless running around we had got precisely nowhere and accomplished nothing except getting wet and filthy and covered in asbestos from the pipes. They eventually threw in the towel as I was on the verge of snapping and just walking off, it was my last day of exploring over there and naturally I wanted to try and fit as much in as I could whereas they could quite easily come back another day.

In an ironic twist we struck out at every single location we tried after this one, so this was indeed the final place on my sixth American adventure. 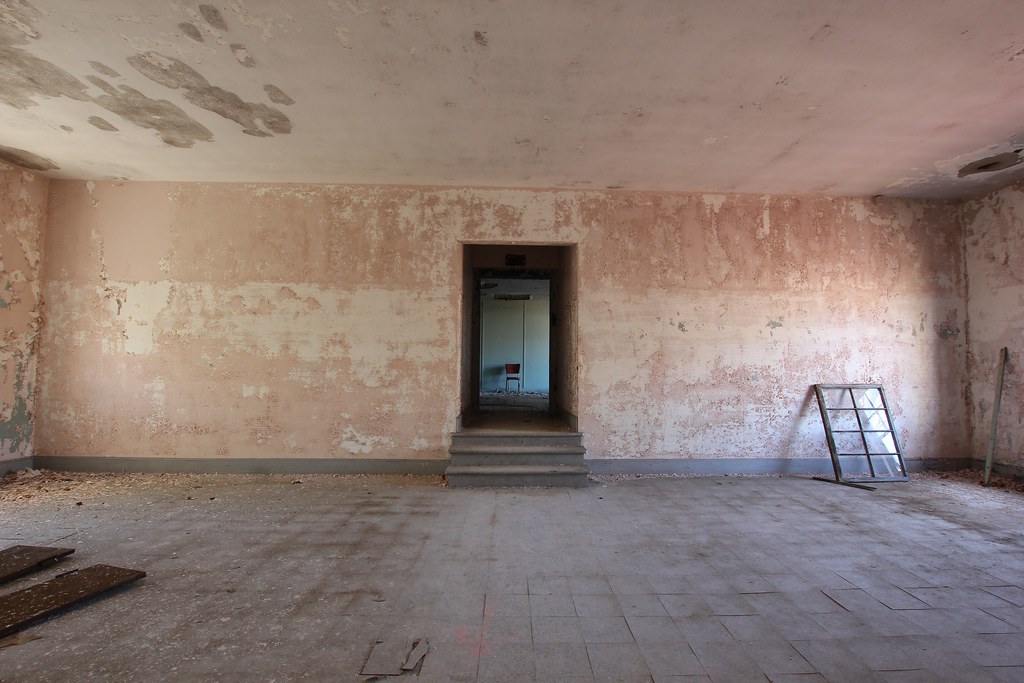 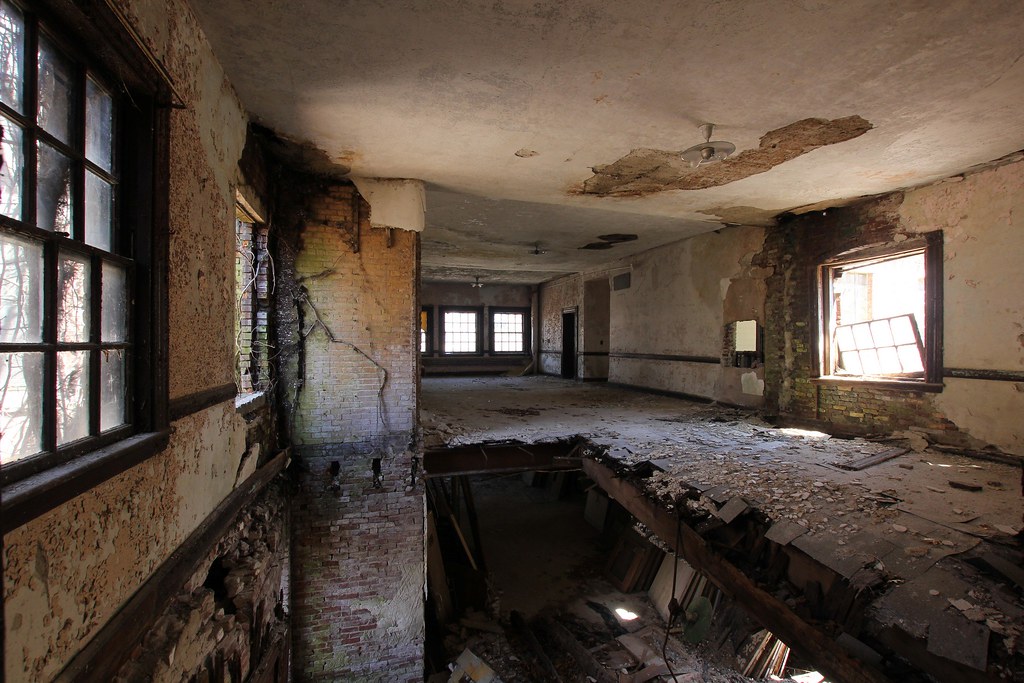 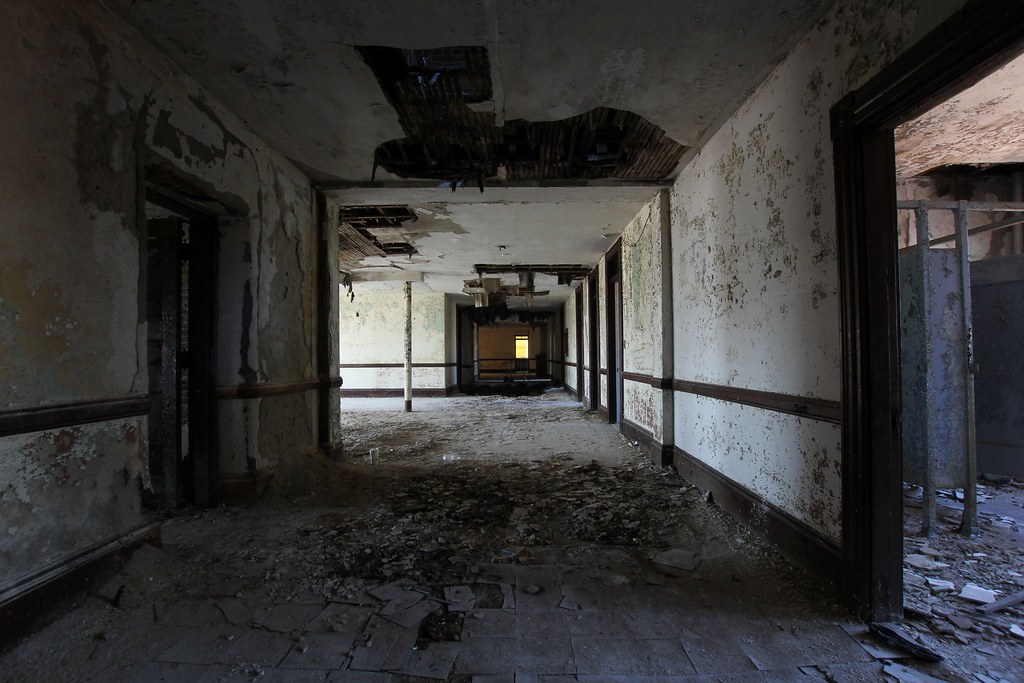 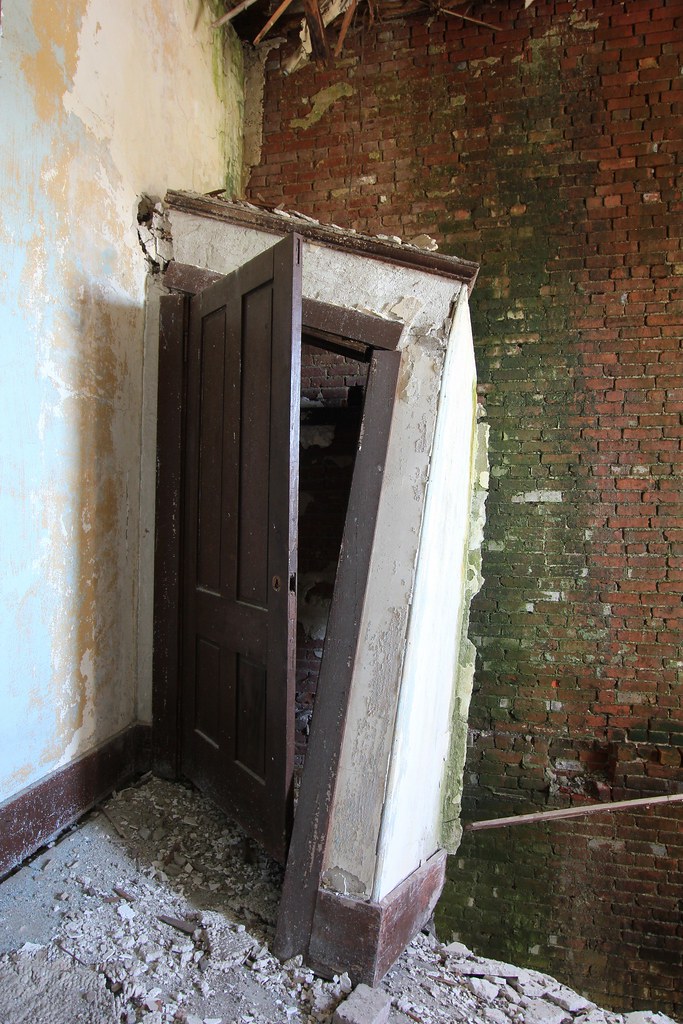 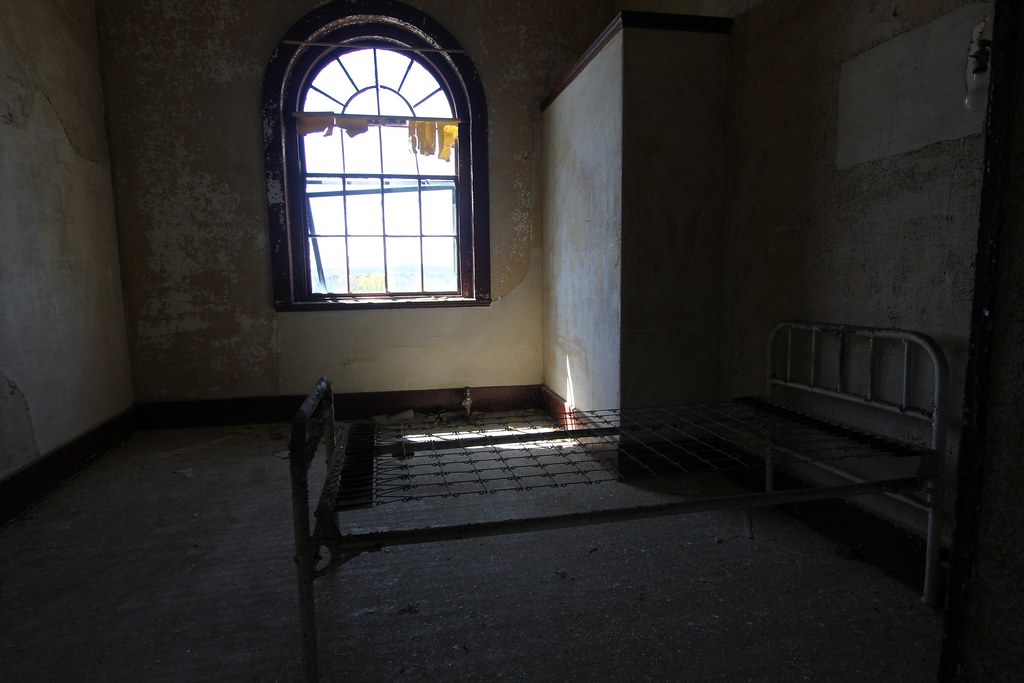 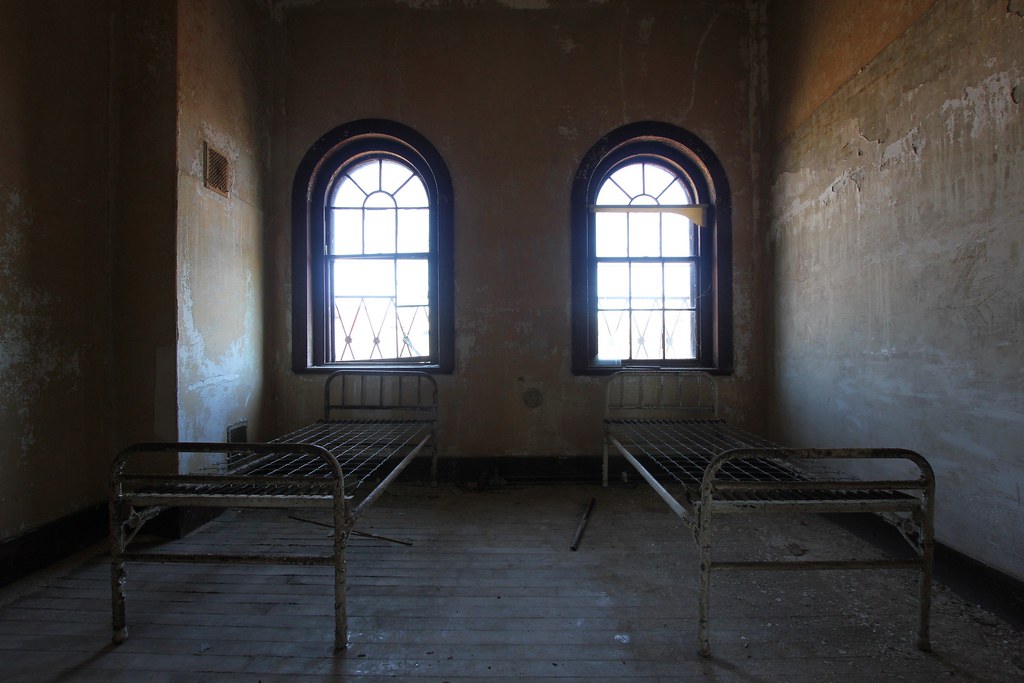 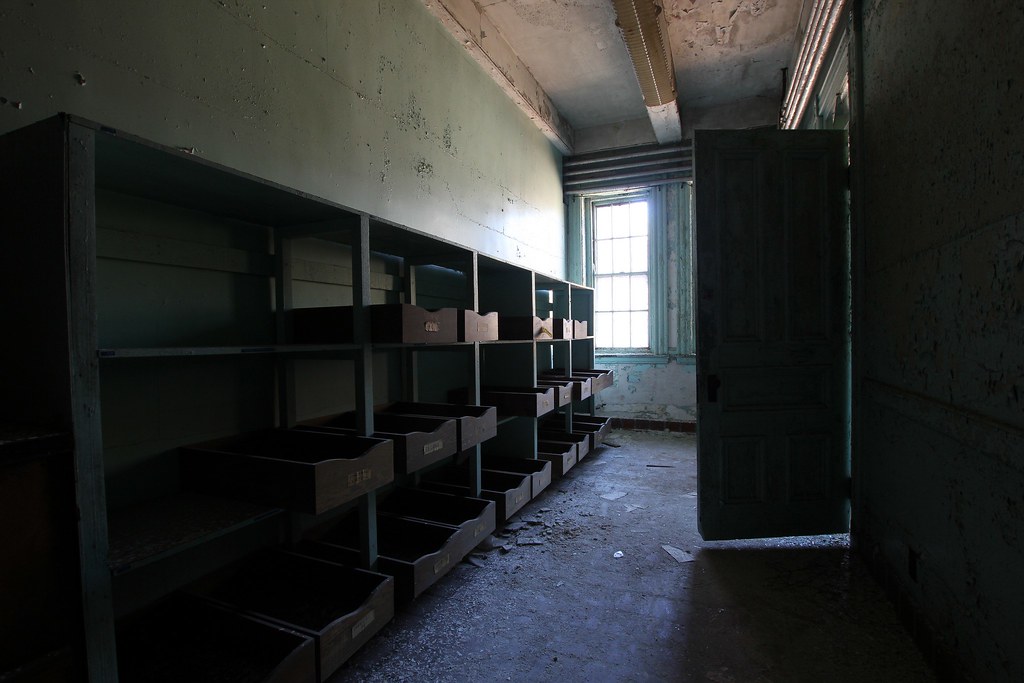 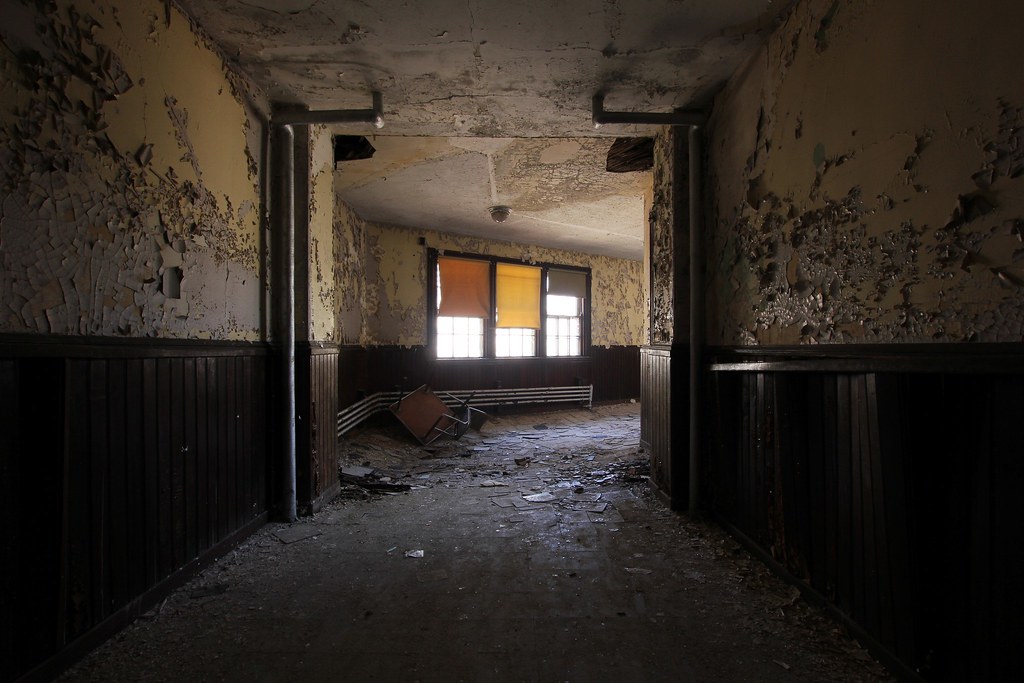 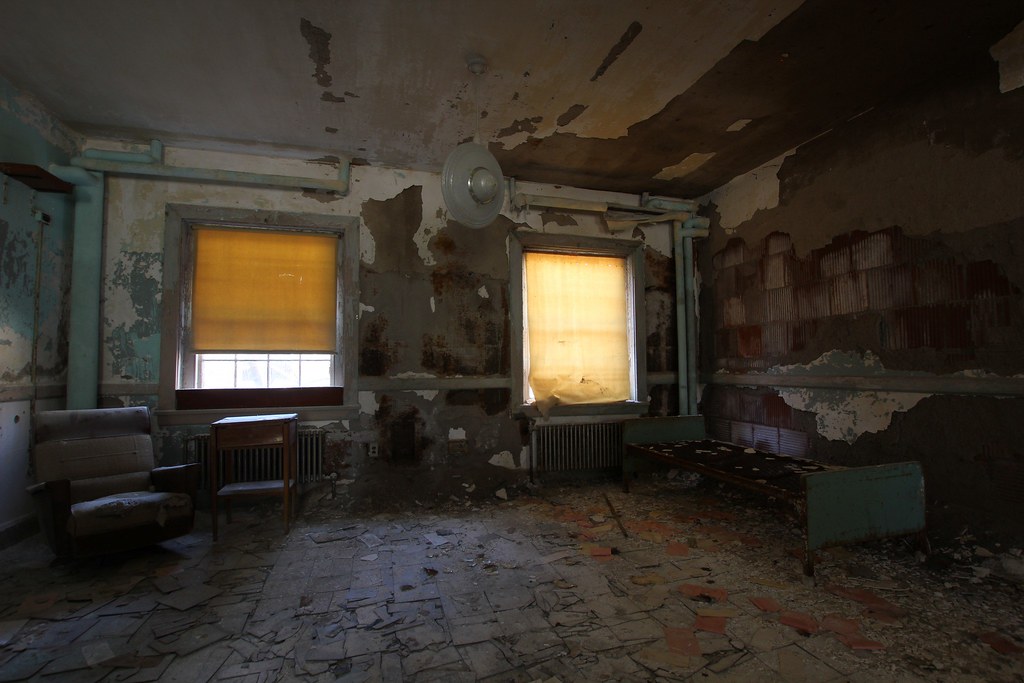 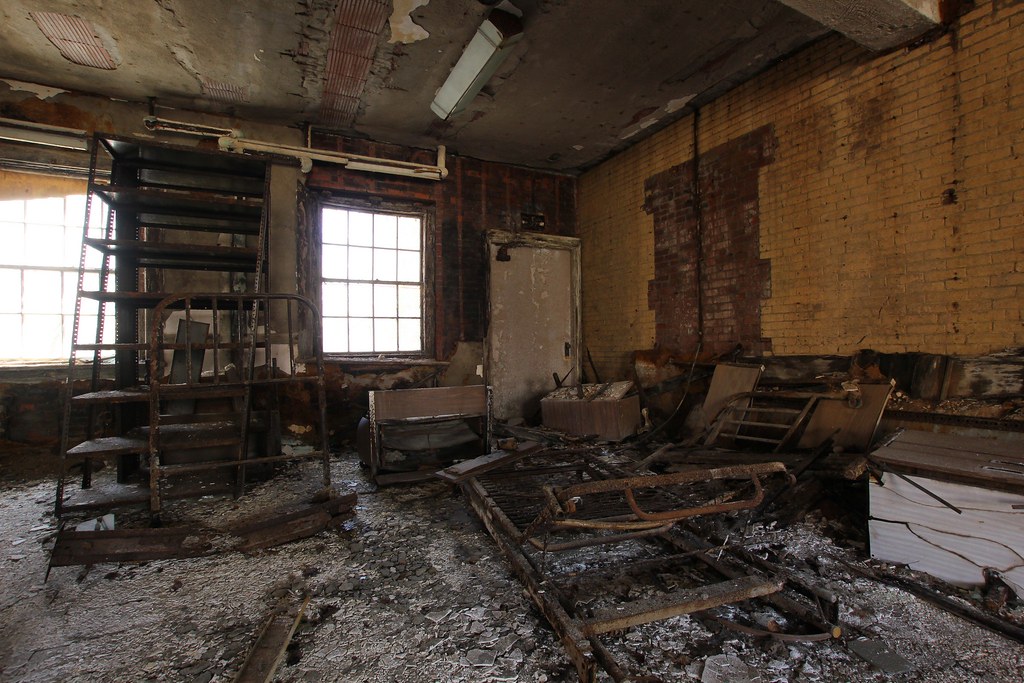 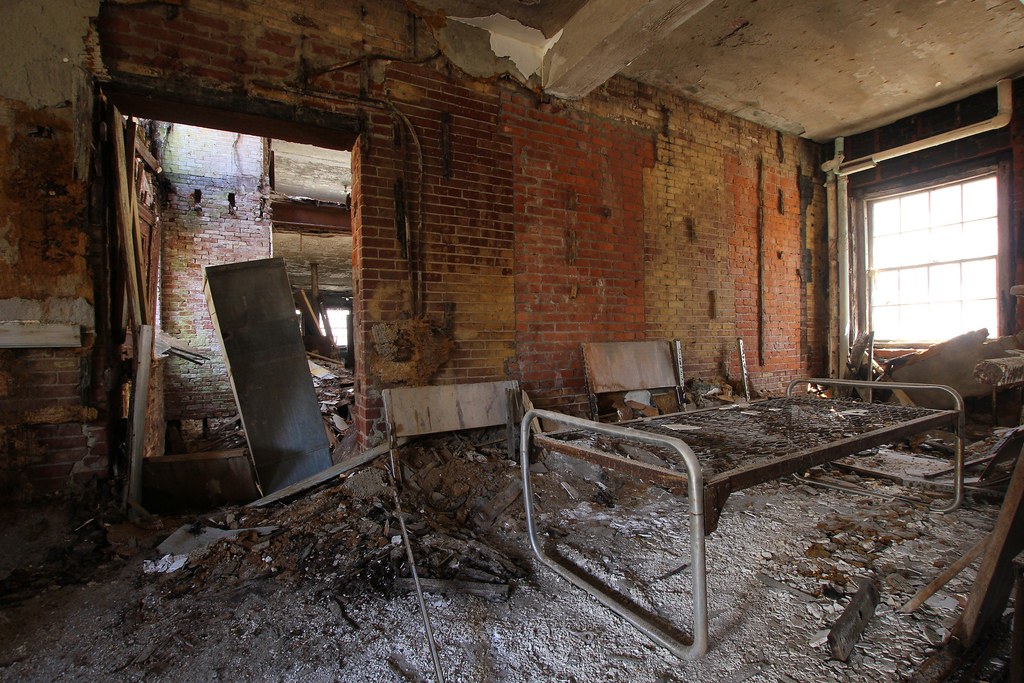 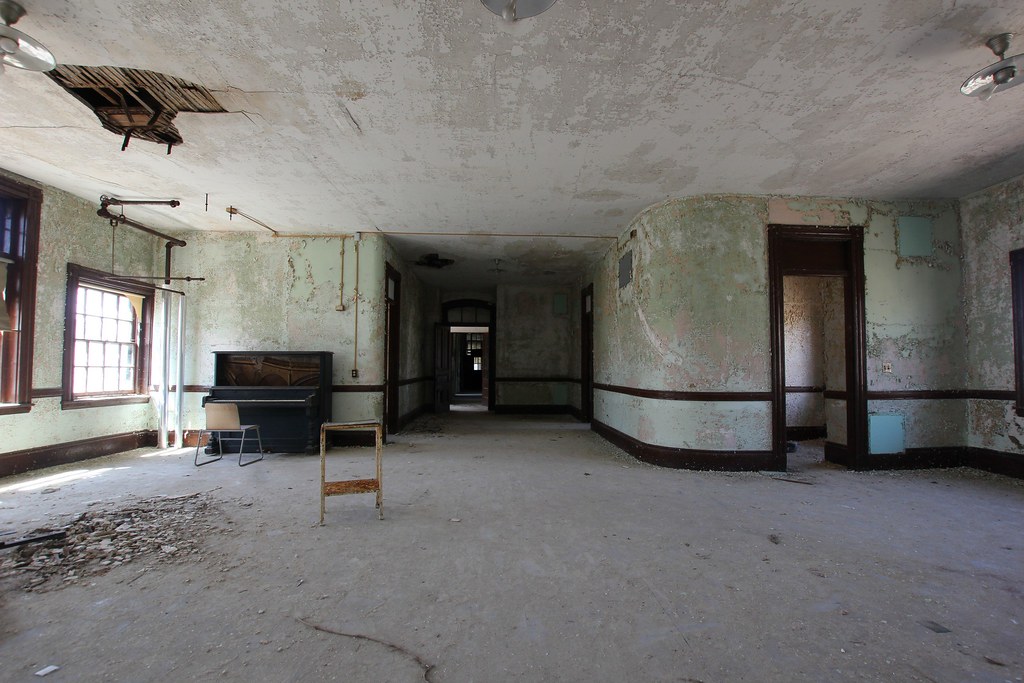 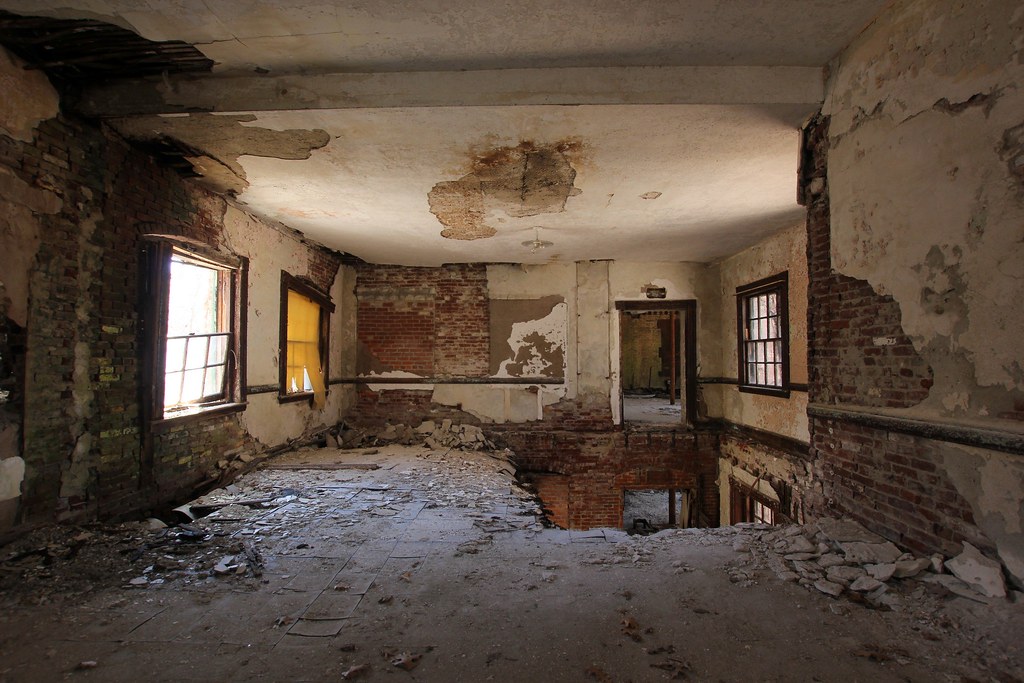 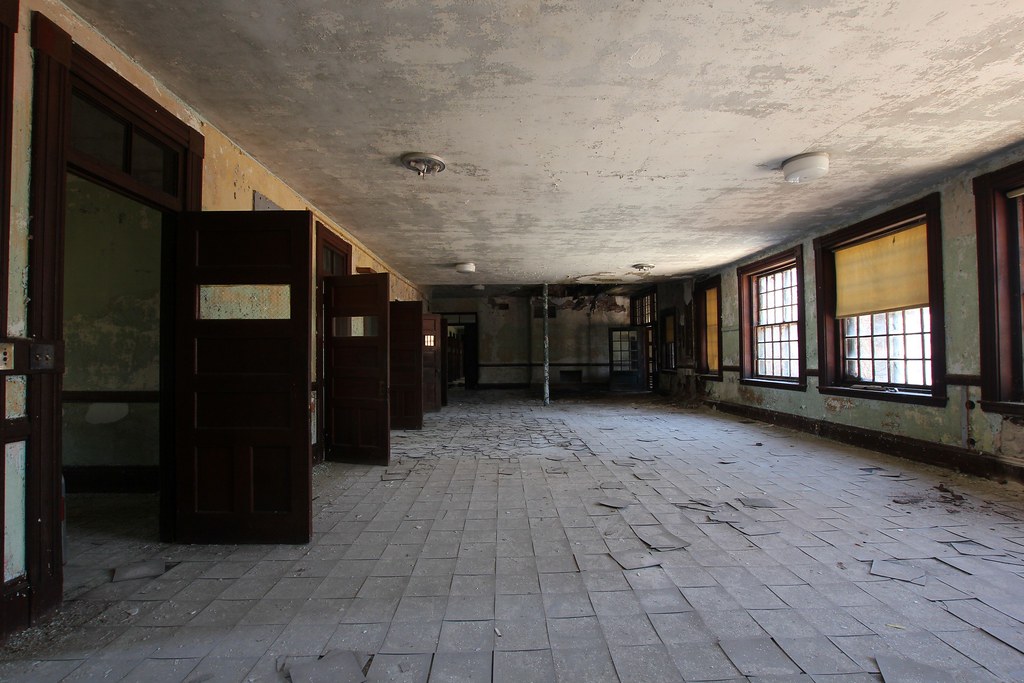 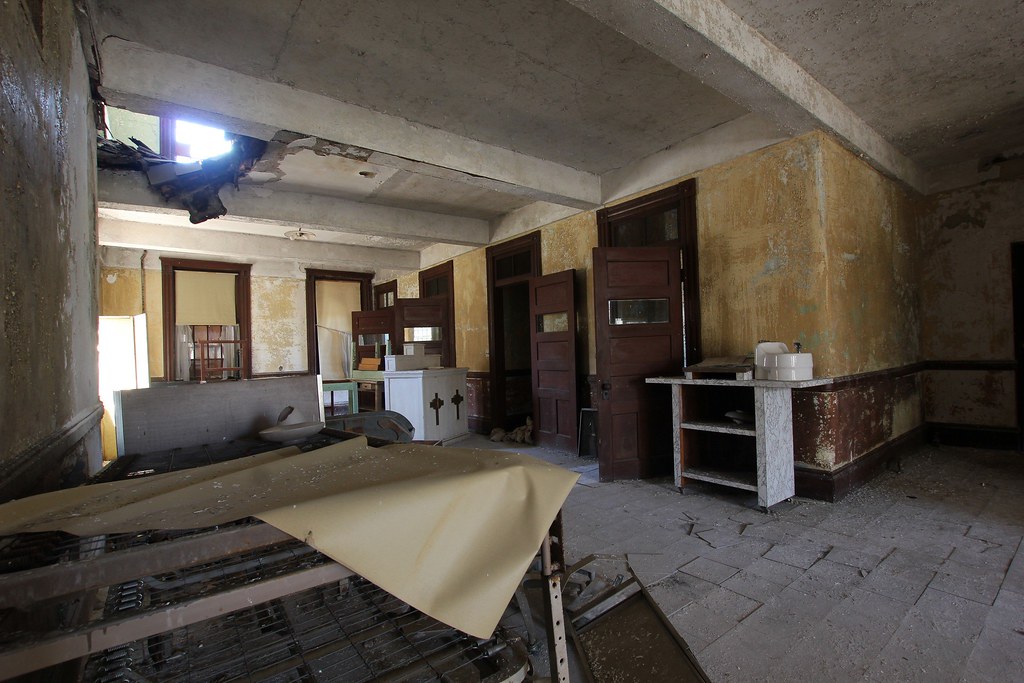 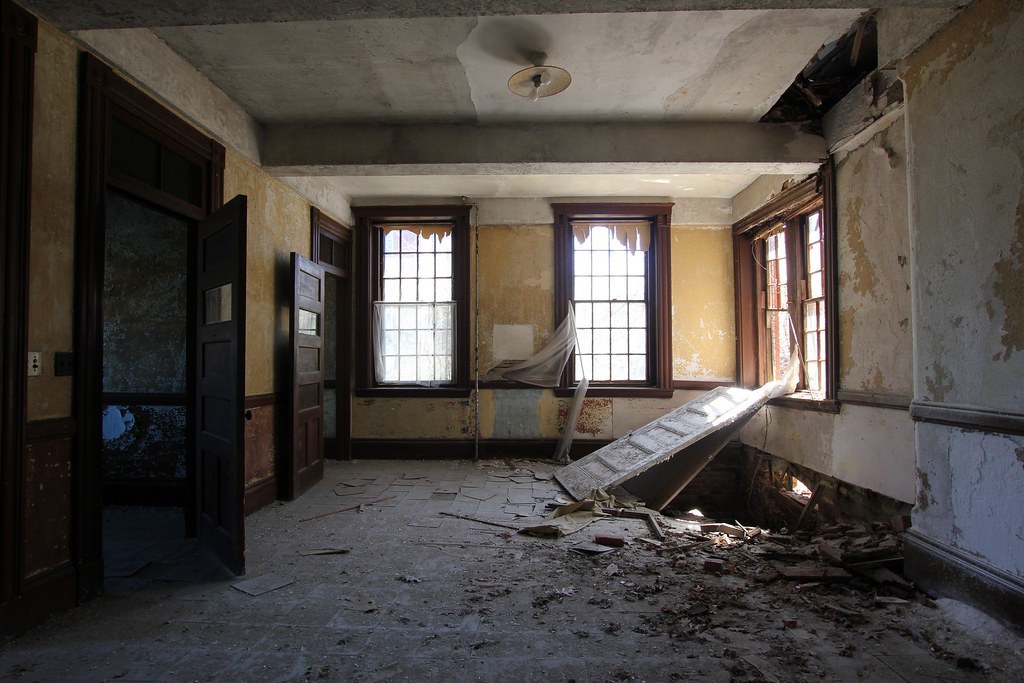 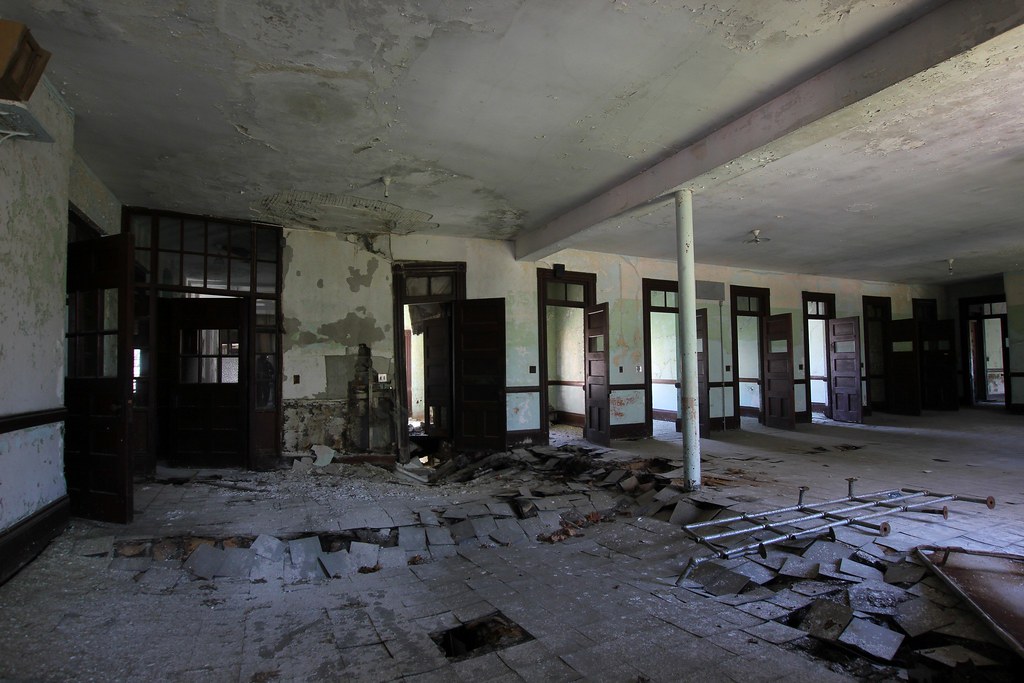 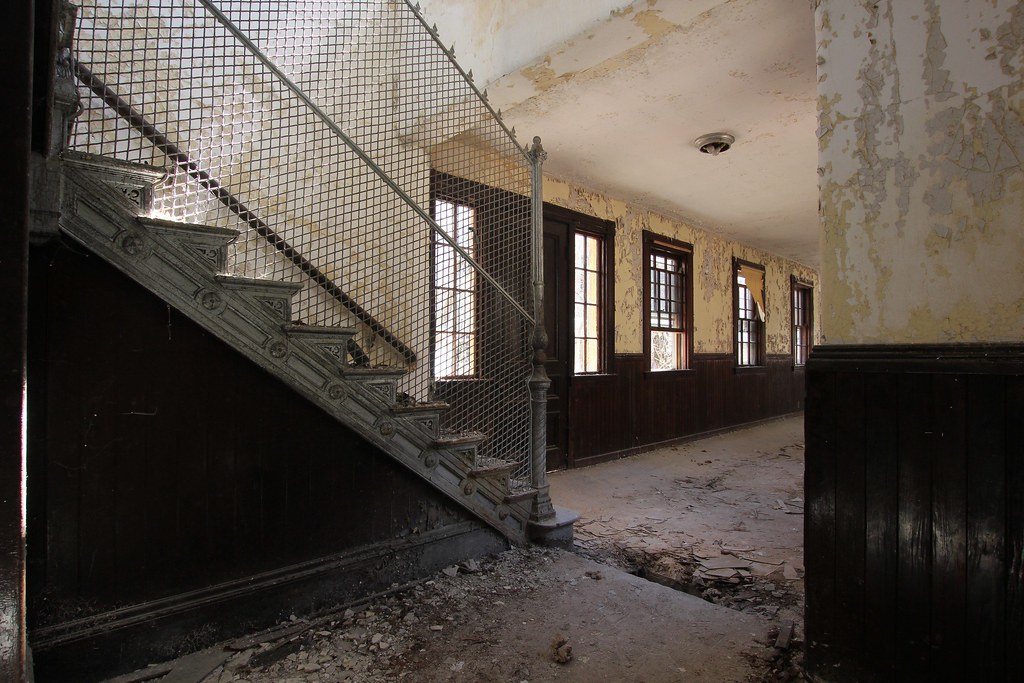 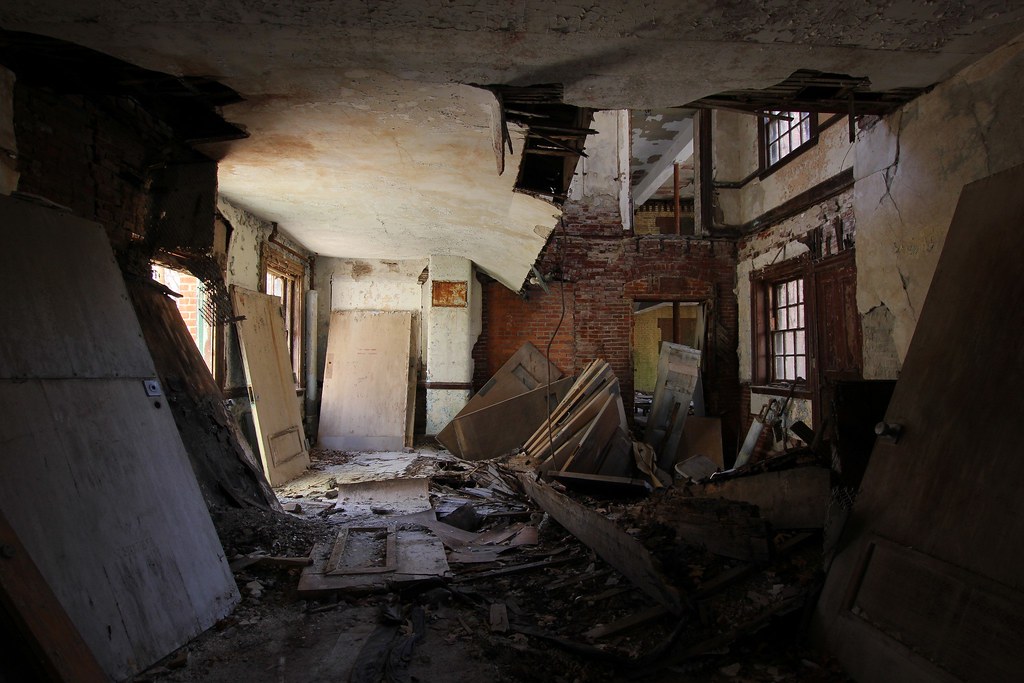 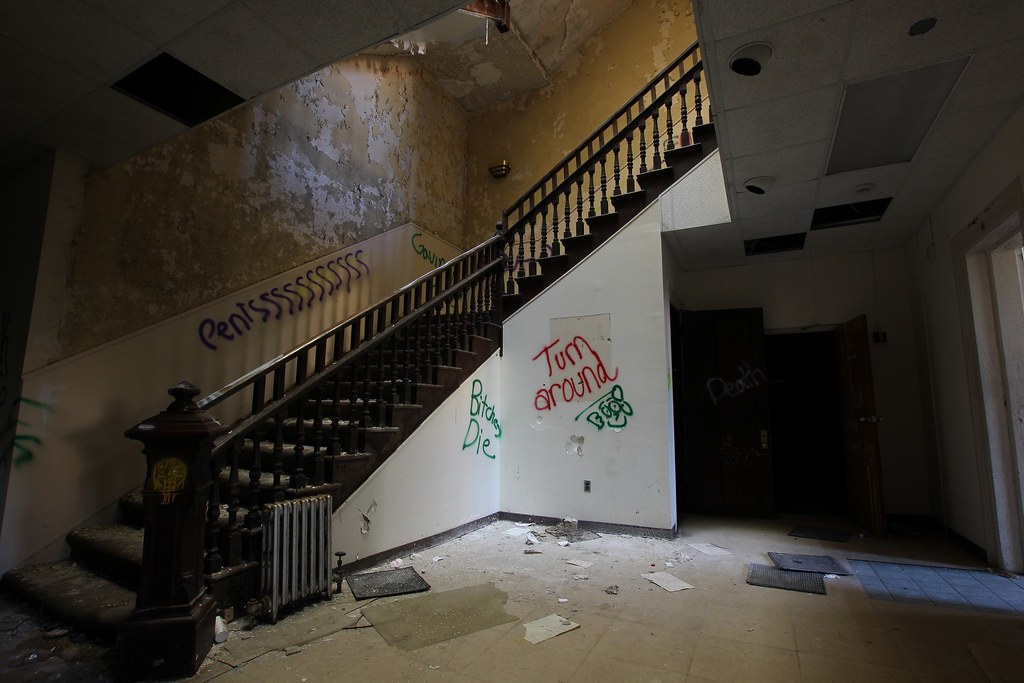 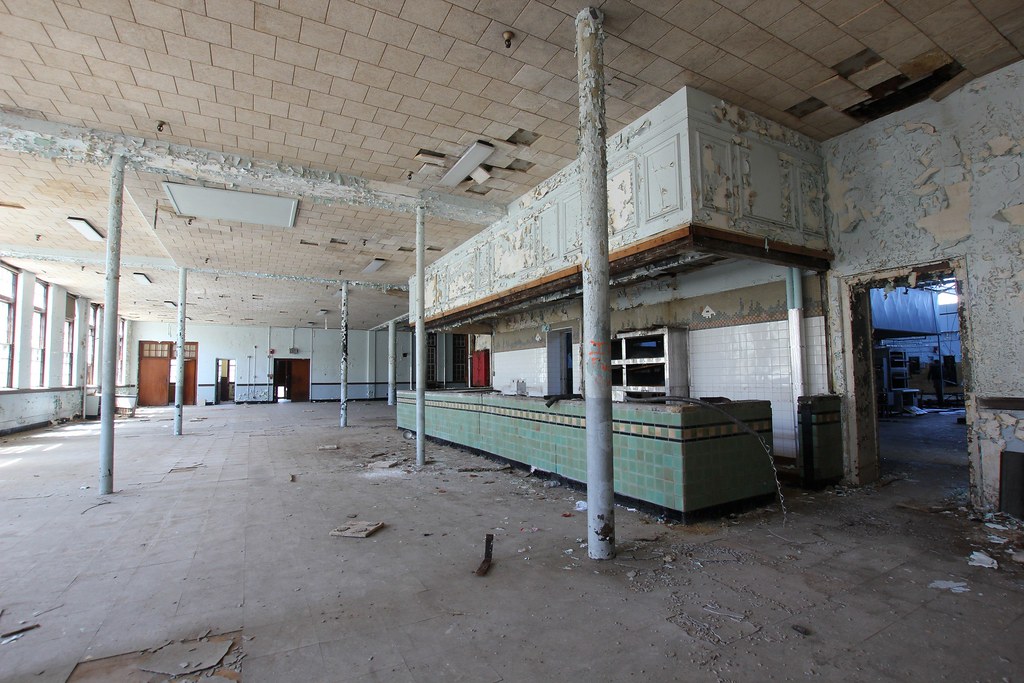 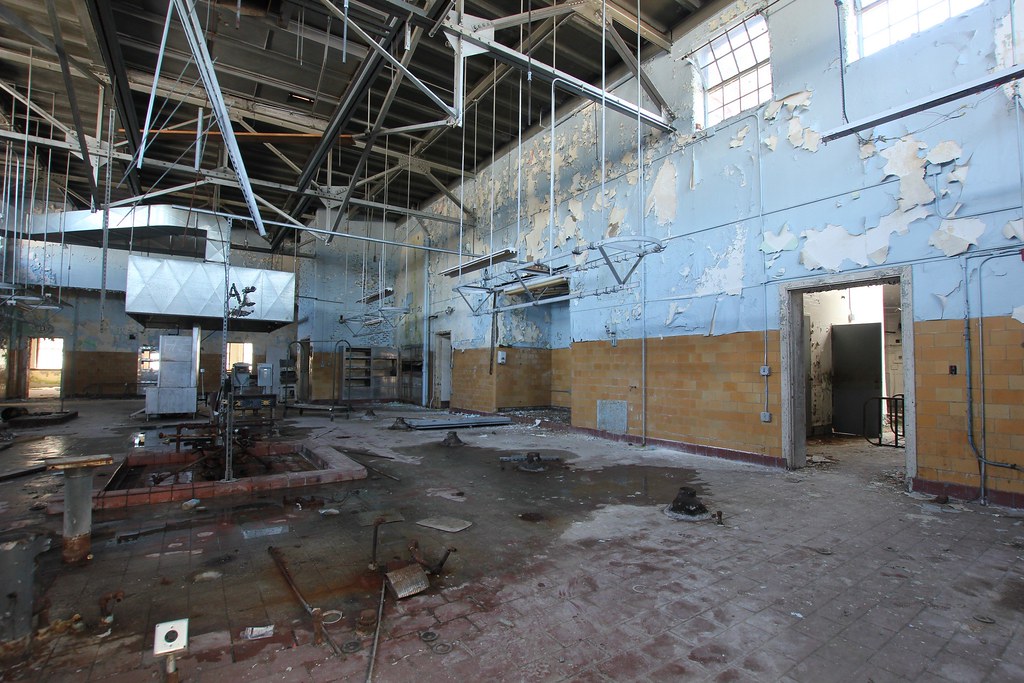 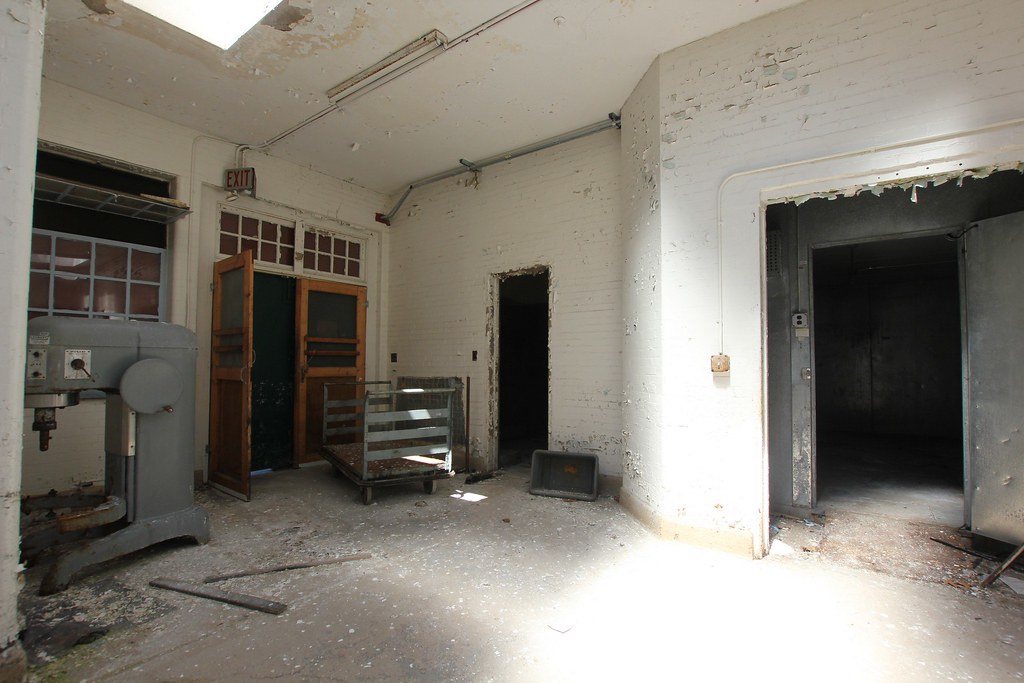 Mind the gap, I enjoyed that Mook, Nice One,
Thanks for allowing us to share your American excursion,

I'm enjoying all your USA adventures. Another awesome place

WOW!!! You took a few risks to get them shots!!! I bet you held your breath a few times...I did just lookin at the pics!

Gota admit I would have probably have done the same, in fact I know I would lol...fantastic set of images, wish that place was over here! love that cranky door

Thursday at 8:16 AM
PurplePagan
P