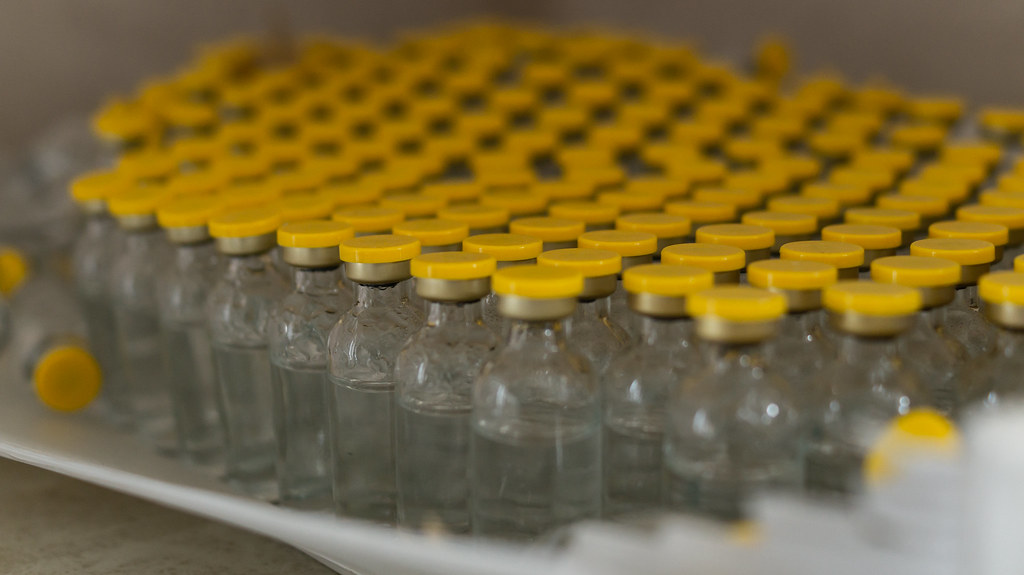 On a hot summer day, we wanted to visit a place that we were seeing quite often on social media the months before. We were exchanging information with another team of urban explorers and they said the only way to get on the property would be a bold jump over the fence next to a road with heavy traffic. We knew that this wouldn’t be an option for us since our credo is to stay undetected while trespassing. And actually there was another way! But this one included fighting a path through dense undergrowth. 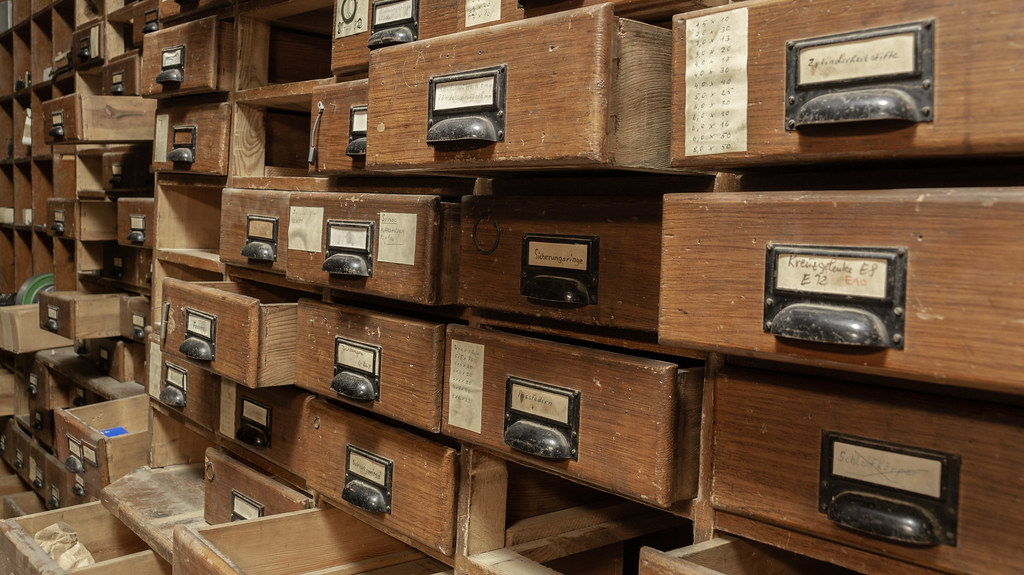 The first door that was open led us into one of the old warehouses. The shelves and cupboards were still filled with items. Okay, “filled” might be the wrong term because we’re pretty sure that thieves have already stolen a lot of the goods. Here we also discovered the first clues about the function of this industrial plant: A list with pharmaceuticals and old technical equipment to either produce or fill them. We just found an abandoned medicine factory! 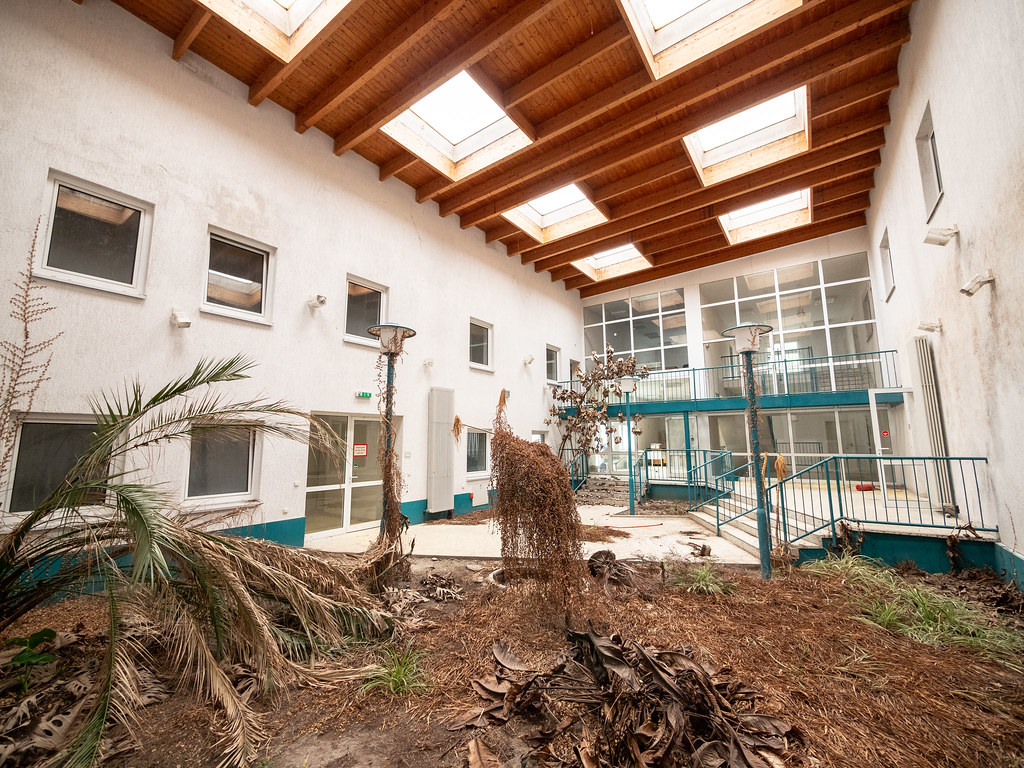 However, we were actually more interested in the main building In the former entrance hall we made this find! We wouldn’t have thought to discover something like this inside an old medicine factory. In the past, this covered inner courtyard was probably greening quite nicely. But today everything is withered. 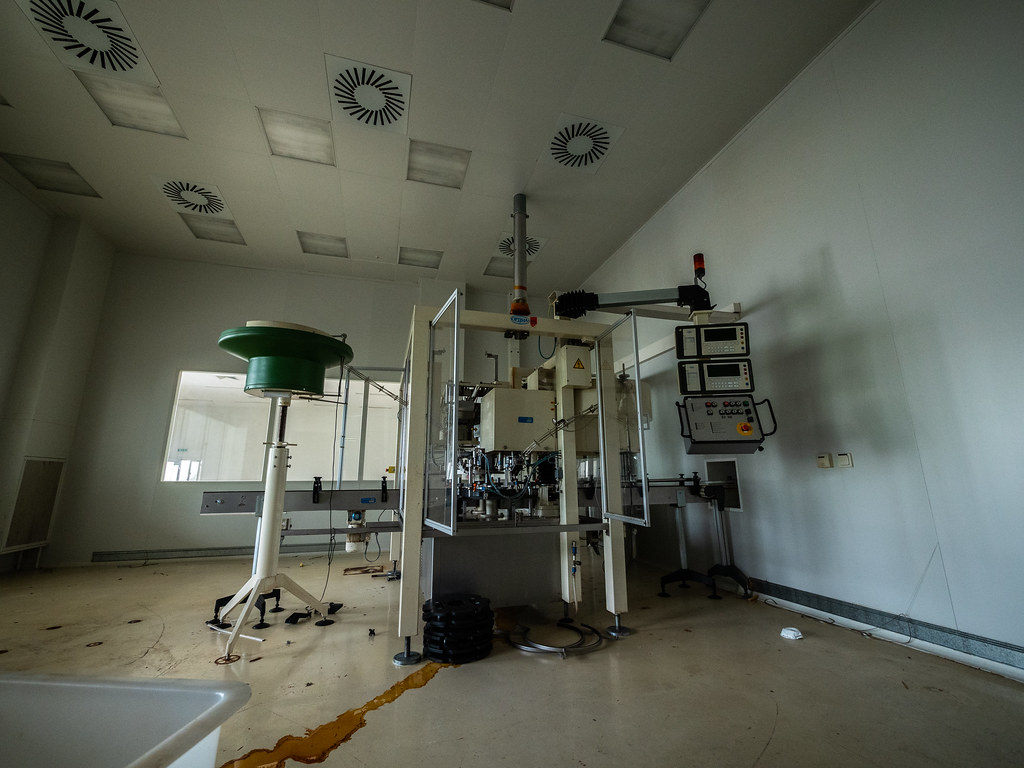 From the courtyard we were then heading to the former production halls. Around the year 1900 things looked quite different here. Instead of this factory there was a drugstore standing at the location. While experimenting around, one day a German chemist was discovering a mixture here which was able to mitigate different kinds of pain. Among others stomach trouble, nervousness as well as limb and muscle pain could be treated with the novel drug. In a small shed it was produced and exported in the whole world very soon after. The product was that popular, that this big factory complex was built until 1907, so the universal remedy could be fabricated faster and in larger quantities. 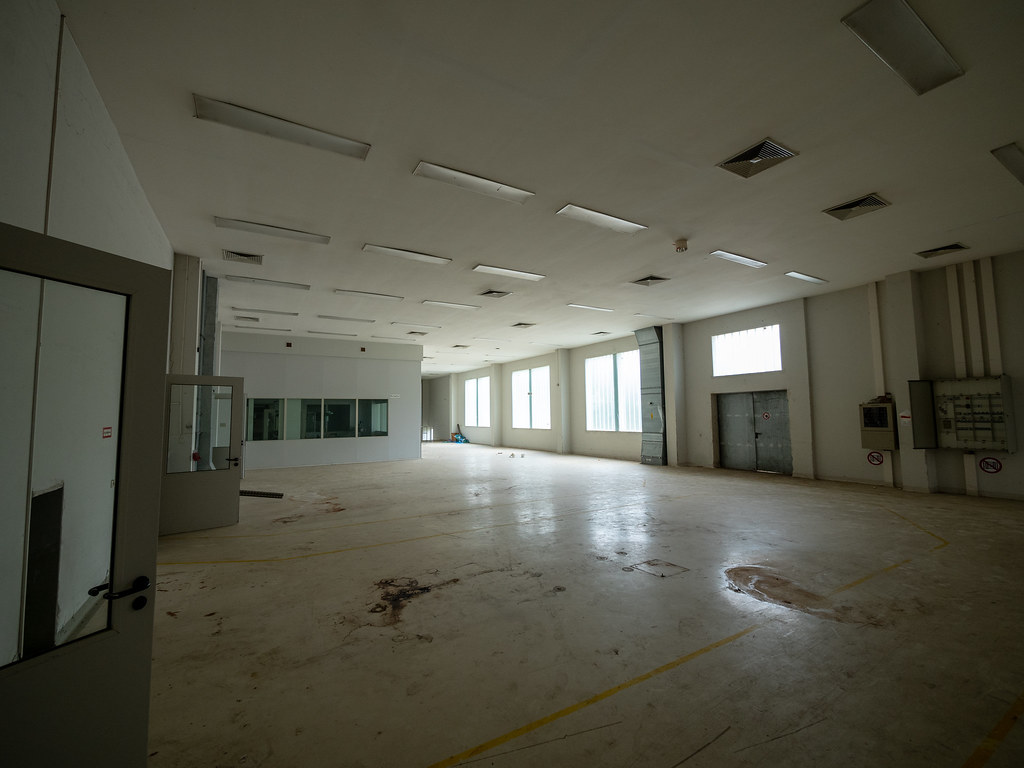 But as you know it from every good story, there's a turning point after the uplift here as well. At first a fire was destroying large stocks of the inventory and after that the First World War broke out. Of 70 employees the major part had to leave. Either they were conscripted or they were laid off because of the bad economic state. After all, many foreign consumers didn't want to trade with German businesses during that period. 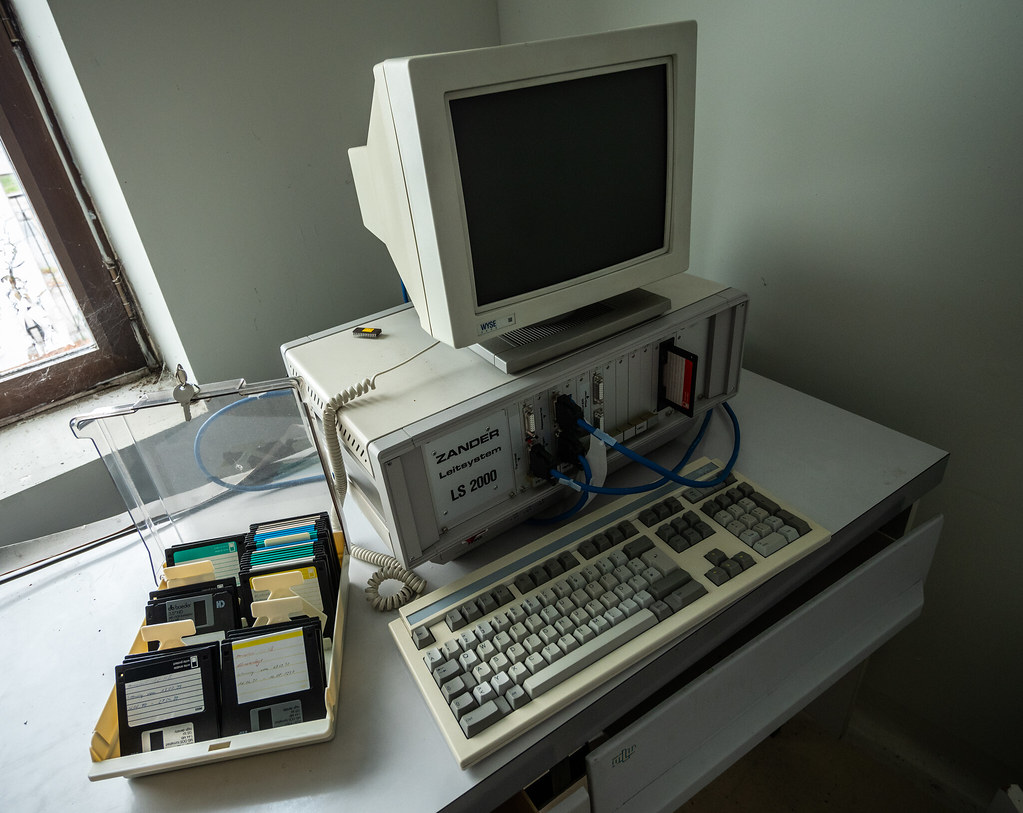 Not before German economy recovered from the massive inflation in the 1920s, the pharmaceuticals could roll off the production line again. The company started to grow and more and more different kinds of preparations were produced. Either as liquids in bottles or as cream or dragees. In the early 1930s the range of goods was expanded even more. In a new production building on the property soap, toothpaste, mouth wash and other cosmetics were prepared. 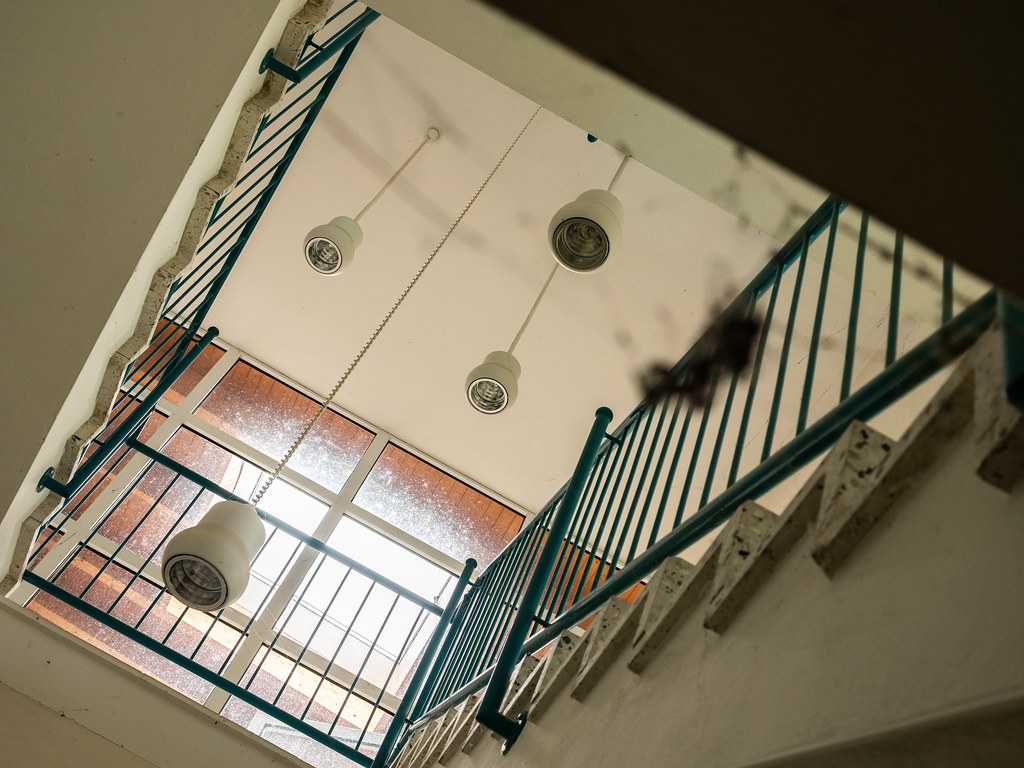 The old chemical scientist who established the company, passed away shortly before the start of World War Two. His son however, who was now running the factory, was sent to the front where he also died. In his last will the staff was listed as heir of the company. But they didn't gain anything from it. Because under soviet occupation they were dispossessed and the factory which was used as sickbay during the war, was now turned into a nationally owned enterprise. 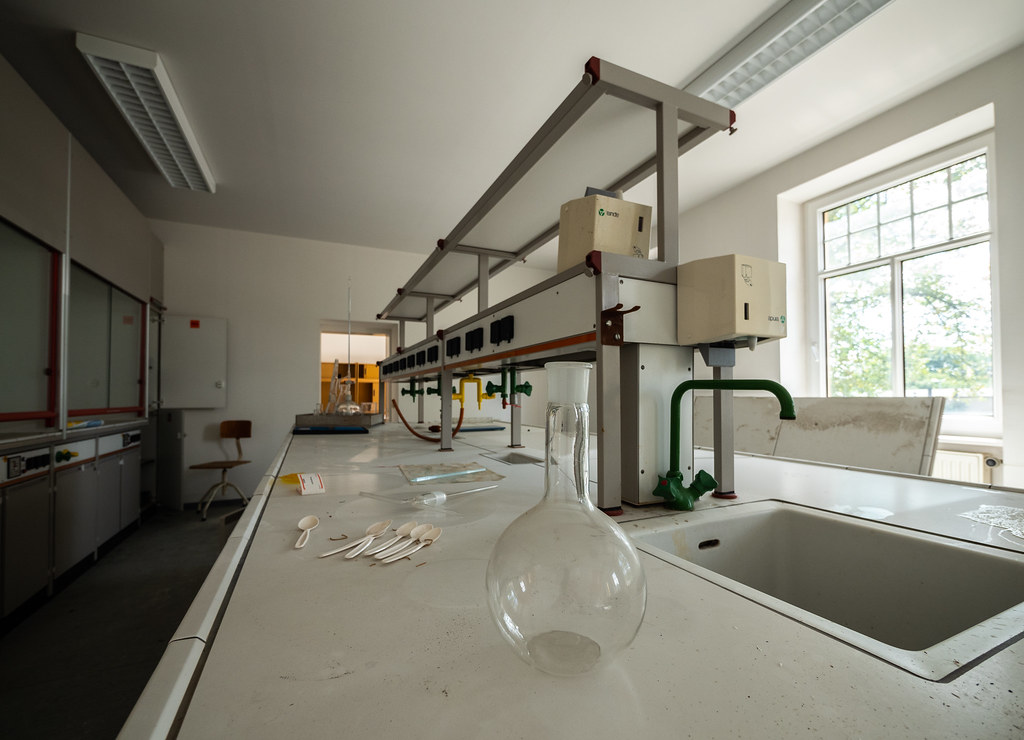 In the 70s this company was absorbed by a bigger pharmaceutical group. A large state-owned enterprise from Berlin was now able to broaden its product offerings thanks to this factory. But when all the state-owned companies were privatized or liquidated after the political changes in 1989, an Italian multicorporate enterprise acquired the plant in Germany’s capital city. This operating part however was separated and from this time on it was working independently again. Around 60 employees were occupied at that moment. But the factory struggled to keep up with global competition and so the plant was shut down for good in the year 2001. Despite the long vacancy the condition of the building complex is still quite good. The reason why vandals didn't destroy the place yet is because the property was guarded for a long time. Only in the last few years the site is accessible for adventurous people. 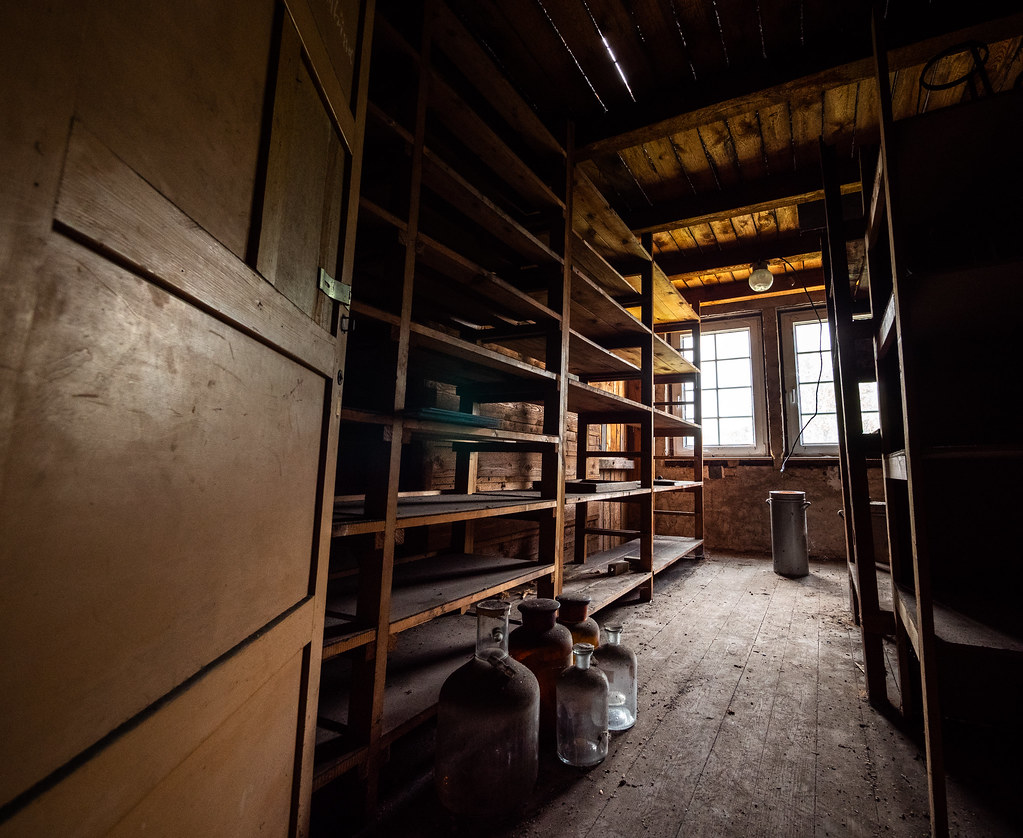 Today the future of the over 100 year old factory is uncertain. There were thoughts about turning the former medicine factory into a shopping center. But this proposal was rejected by many people and so nothing happened to this date. In part because the site is still contaminated with inherited waste. And so, another long-standing business is sinking into insignificance. There's only one more glimmer of hope: The universal remedy which was produced here and helped with different kinds of pain, is still available today. It's fabricated in plants all over the world. So, at least the legacy is preserved till today. 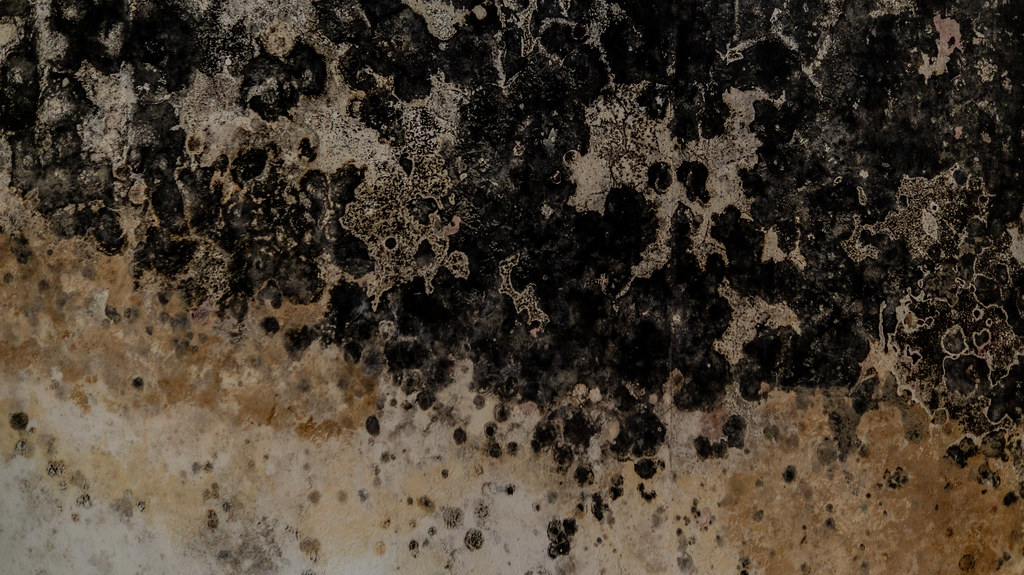 Are you interested in seeing more of the clean abandoned medicine factory now? If so, please watch this documentary about the facility:

Interesting report that, Thanks
E

That looks like an amazing place to explore. All that old machinery is fantastic. I'd love to find one of those old 1920's computers. Apparently those floppy disks were before computers had memory. The disks have circular cards in them that the computer punched holes in to remember numbers. They could only store 1Gb of information.
D

A floppy disc for a computer and a punch card from a 1920's/30's COMPTOMETER are two completely different technologies. The floppy disc is basically a cassette tape, but the oxide coated tape is presented in the form of a coated disc. The disc allows the stored data to be searched for much quicker and also data to be recorded and written down much faster. Early computer devices that used Cassette Tapes or Spooled Tape for storage were very slow and the tapes were prone to breakage in large capacity devices. The advent of solid state memory was a game changer. Whilst the punched card was used to store data in the early days of the mechanical comptometer (basically a mechanical calculator), the punch card reader found its niche in the complex world of mechanical engineering and the automation of machine tools, on early production lines.

Never disappointed by your reports...

I always look forward to these. I really didn't expect this though!
The site is a fantastic mix of old ways and mixed in is modern machinery. The leak on the floor from the modern machine looks scary..
Given that it's been shut for a long time, I'm surprised that some green can still be seen in the plants.
My favourite parts of this building are the lights and other ceiling fixtures. I expect to only ever see those in high quality sites.
E

Cheers, a bit more complicated than I thought.
S

Location
based in an office