History
As an overview: "The theatre officially opened 10 December 1900 and was last in use as a bingo hall in 2008. The original capacity was 2,000 seated, this was increased to 3,000 in 1910. It has been placed on the market by its current owners Palatial Leisure Limited"

Less than a year after opening, in 1901, the theatre began showing films and in 1913 it was granted a cinema licence. The owner/managers, Messrs J. P. Moore & Montague Beadyn, also increased the capacity in 1910 from 2,000 to 3,000. However, from 1917 to 1919 the venue became a theatre once more. Fast foward to 1958 and following the cinema's closure in July of '58, the theatre was used as a clothing / furniture store with some performances by repertory groups and pantomimes being staged during the 1960s. From the mid 1960s until the summer of 1971, the theatre was owned by a Salford businessman, Councillor Sam Goldberg. Goldberg allowed repertory groups such as Venture Productions to put on productions rent free. He also used the theatre as winter headquarters for his own Southport Repertory Company. Goldberg tried unsuccessfully to sell the freehold to Salford City Council, in the hope that they might operate the building as a civic theatre and arts centre. Talks stalled after it was estimated that the cost of modernising the building could be about £80,000, the theatre was running at a loss at the time of Goldberg's death. Councillor Cecil Franks, the chairman, said it was hopeless to try to maintain a "Victorian relic" of this size in its present form.
After a brief unsuccessful attempt to run the venue as a bingo hall in 1973 the theatre closed again. It then remained dark until the 1980s when a second attempt was successful and the bingo hall remained open until 2008. The theatre became a Grade II Listed Building on 18 January 1980. During its time as a bingo hall in the 1980s the building was severely damaged when its third floor was removed and replaced with a less ornate brick wall (seen below at the top of the upper circle). Come 2008, Palatial Leisure Limited closed down Victoria Bingo Hall and have since carried out work on the roof; however, urgent repairs are currently needed to deal with the plant growth on the venue's facade. The front canopy was also destroyed after a truck collided with it.

Explore
Before starting worth saying thank you to The Excursionists for the help here and Crumpsall. Access wasn't the easiest but the place was well worth it. The building is in a rough shape, Somewhere between the abc in liverpool and the empire in Burnley, Although the building is still amazing with a few hidden details left inside. Not much more to say than thanks to everyone else who came with me to this place. 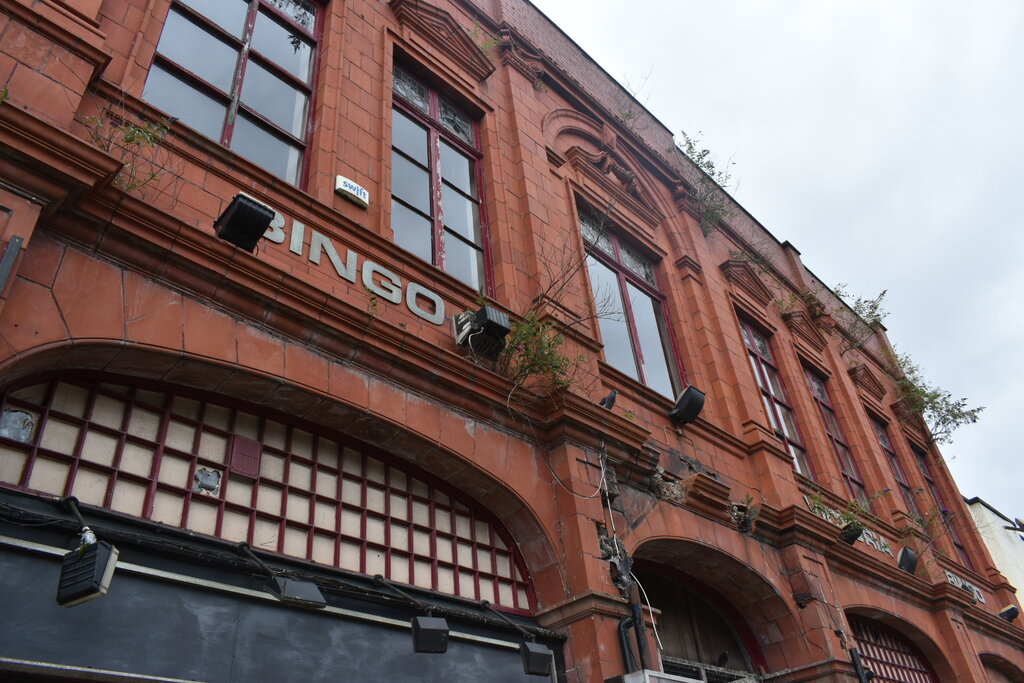 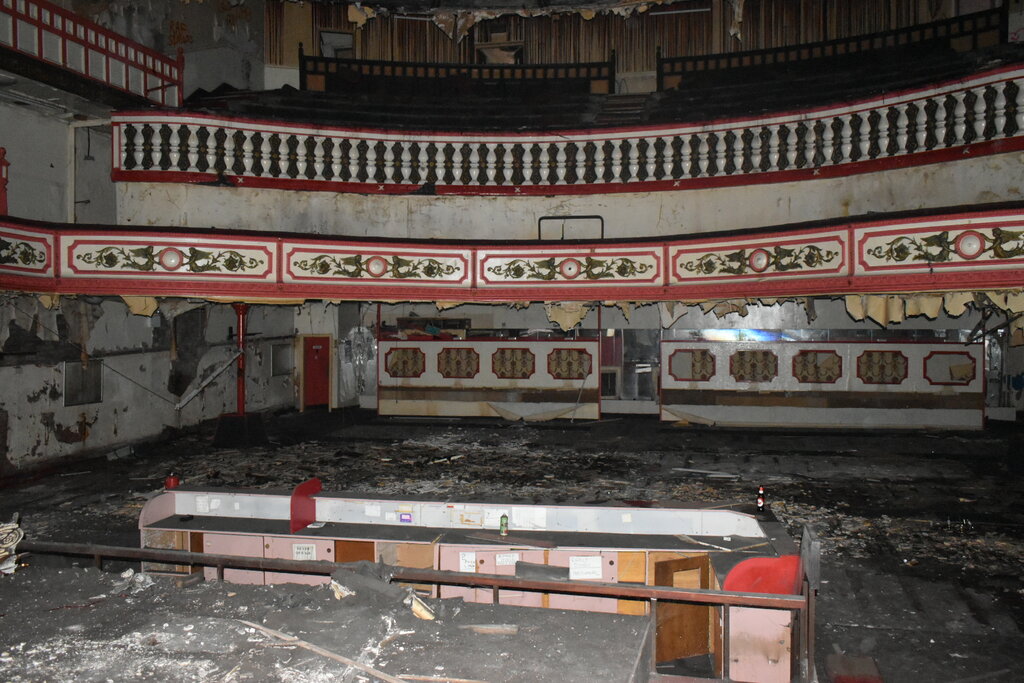 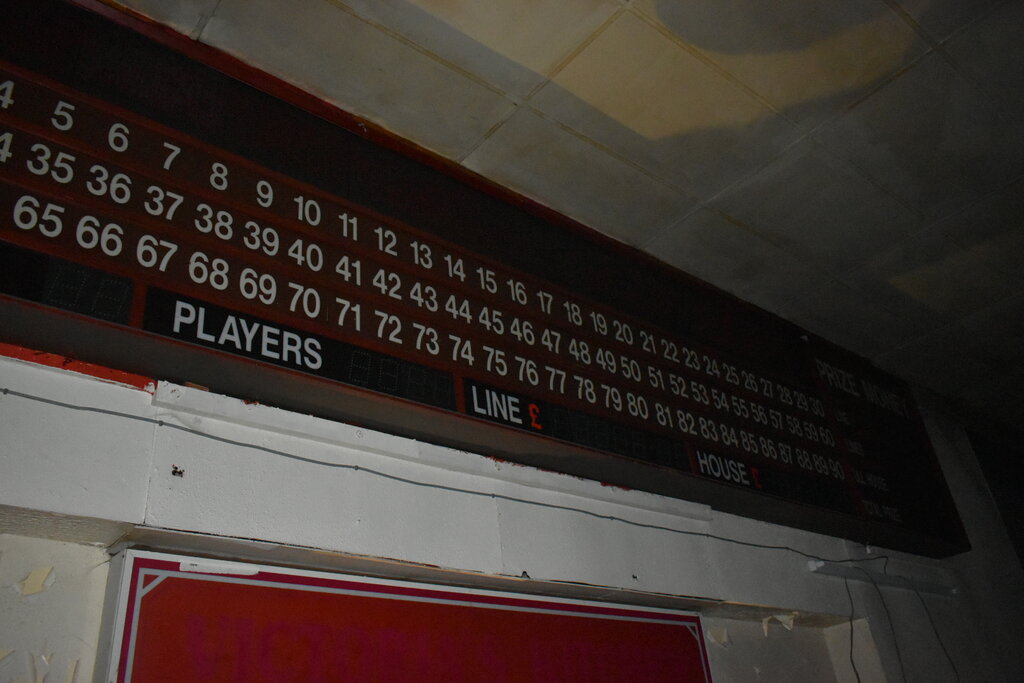 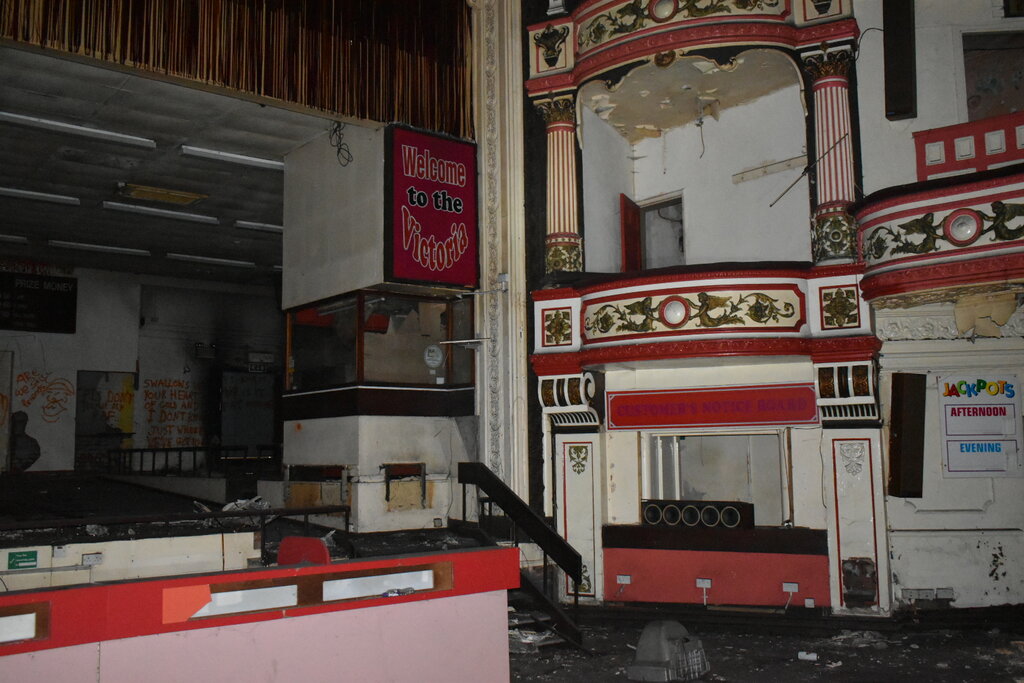 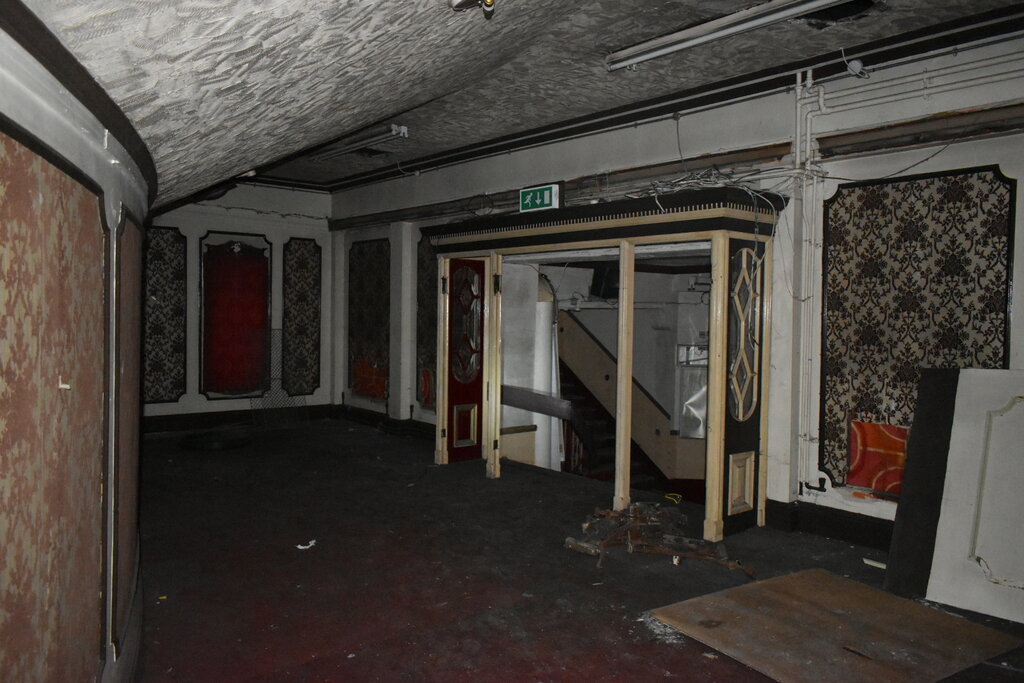 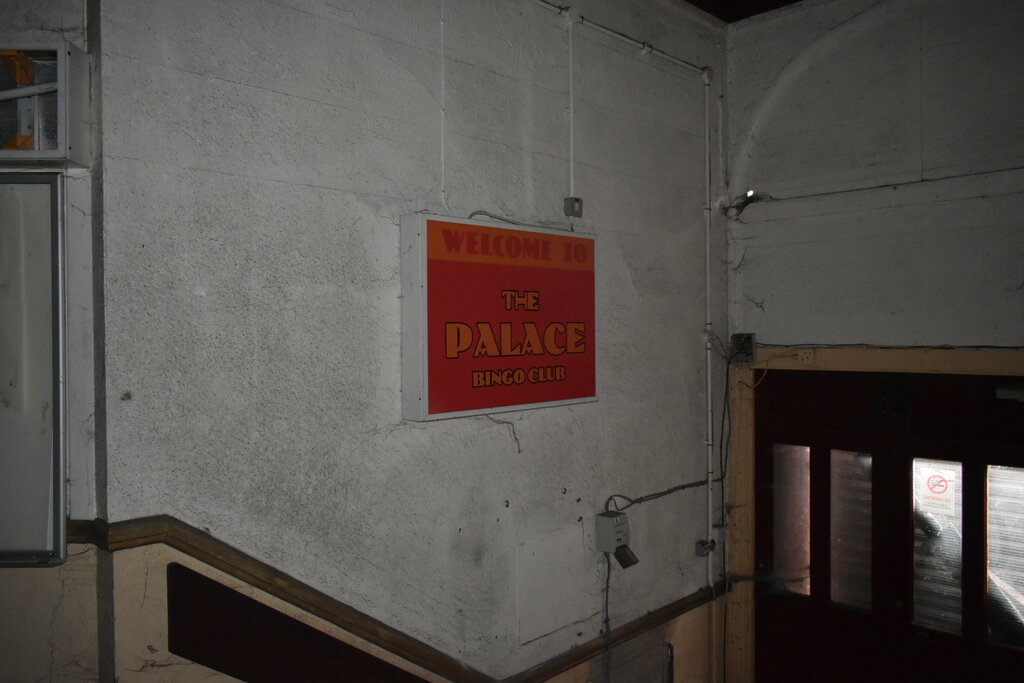 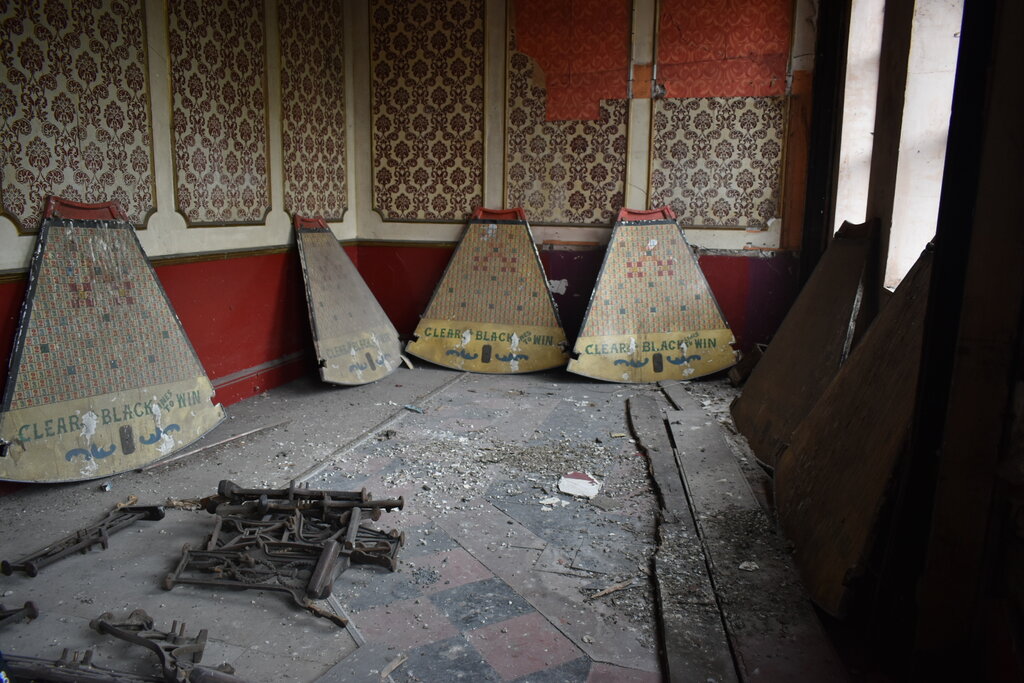 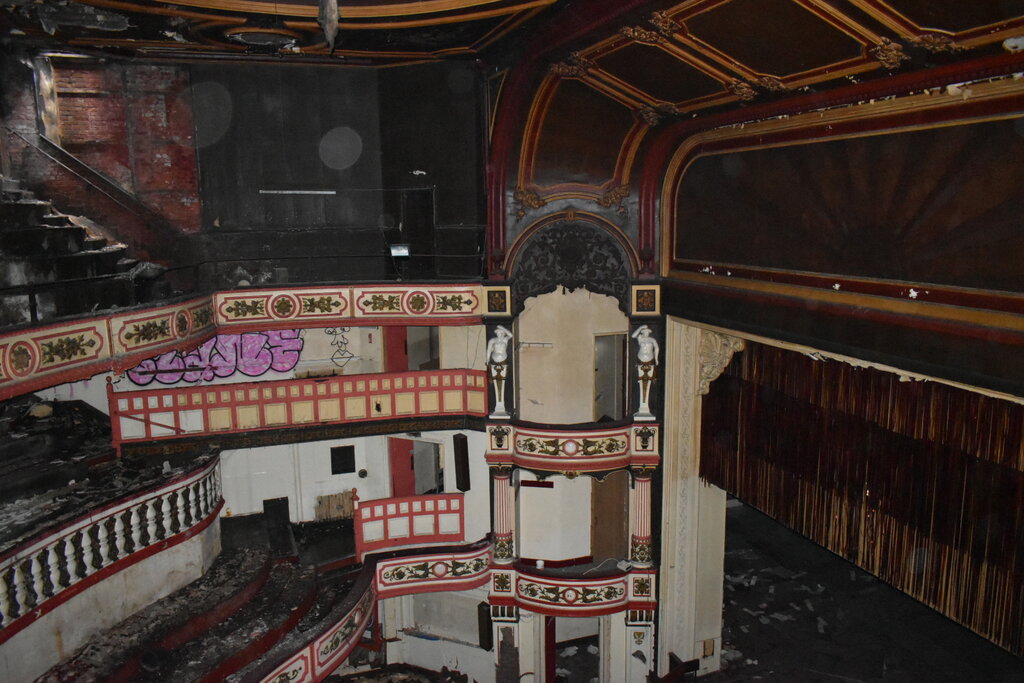 Still has a lot of art deco features but needs some TLC.