This important and historic school building has fallen into serious disrepair because of a protracted debate over its future between the owners Sphinx Commercial Ltd, and Council planners. An outline planning application for turning the Grade II listed building into apartments was submitted in 2004, before it was sold, but that has not yet been turned into reality. Since being in planning limbo for four years it has been struck by arsonists, thieves and vandals on several occasions. As a result, the school’s slate roof has been gutted and most of its interior features destroyed. It is now on the council’s Listed Building ‘At Risk’ register.

Wapping Road School, built in 1877, was a ‘Board School’ under Bradford's very own W.E. Forster's Education Act of 1870.

The school’s distinguished 123-year history saw it play a leading role in the development of state education. More than a century ago, the school created national and international headlines with the help of education campaigners Margaret and Rachel McMillan and their push to improve the lot of children in the state system. Their influence helped bring the country’s first school swimming pool to Wapping Road school and nearby Green Lane School in 1899.

Bradford was a grim place for the poor in the 19th Century, with a lot of extreme poverty. Children suffered in spite of the sacrifice by their parents. Also at this time, children were brought up from London workhouses to work in the mills. This is how the area of Wapping in Bradford got it’s name. Dirt and disease was a problem.

Right up to the early part of this century some children were ‘sewn up’ for the winter – wrapped in flannel which was then sewn into place and not removed until the warm weather came. Some parents thought that this was necessary because there was not enough food to keep a child warm otherwise.

Margaret McMillan
"The condition of the poorer children was worse than anything that was described or painted. It was a thing that this generation is glad to forget. The neglect of infants, the utter neglect almost of toddlers and older children, the blight of early labour, all combined to make of a once vigorous people a race of undergrown and spoiled adolescents; and just as people looked on at the torture two hundred years ago and less, without any great indignation, so in the 1890s people saw the misery of poor children without perturbation."

Hunger was the main problem and the effect of hunger on a child’s education was a worry. At Wapping Road School in 1887 the headmaster Mr W.H. Sykes, saw several children keel over and faint during morning assembly. He sent out for bread, jam and tea and paid for it from his own pocket, unwittingly serving the world’s first school meal. The Cinderella Club as it was known, was formed to work for the benefit of needy children – as it does to this day. From its fund-raising the club paid for meals every day for the hungrier children.

1. Cinderella Clubs Charitable organizations providing meals to poor children, emulating Mr. Sykes's breakfasts.
2. Municipal school meals service Supply of school meals by local authorities, the world’s first provided by the City of Bradford in 1902. This did not last long for the government ruled it was illegal and the law was changed in 1906.
3. Bradford menu provided by the City of Bradford, the pioneer authority in providing schools meals consisting of a breakfast of porridge with treacle and bread and dripping. Dinner (midday meal) was barley broth, fruit tart and bread. Later would come tea with bread and margarine.
4. Necessitous children defined in need of school meals.


Margaret and Rachel lived at 49, Hanover Square, off Manningham Lane towards the city centre end (1883 - 1902). A blue plaque marks the house and says: 'All children are mine'; Margaret McMillan was a champion of children.

Margaret and Rachel's work in Bradford convinced them that they should concentrate on trying to improve the physical and intellectual welfare of the slum child. In 1892 Margaret joined Dr. James Kerr, Bradford's school medical officer, to carry out the first medical inspection of elementary school children in Britain. Kerr and McMillan published a report on the medical problems that they found and began a campaign to improve the health of children by arguing that local authorities should install bathrooms, improve ventilation and supply free school meals. Through her influence, Green Lane School in Manningham was the first school to set up a central school meals depot. The kitchen supplied meals to dining centres in the poorest parts of the town. Jonathan Priestley, J. B. Priestley's father, was headmaster of the school at the time and could be seen serving meals. She pressed for school swimming pools after the Council refused the School Board's request to use the public baths for children.

In 1902 the sisters joined the recently formed Labour Party in London and worked closely with leaders of the movement including James Keir Hardie and George Lansbury. Margaret continued to write books on health and education. In 1904 she published her most important book, Education Through the Imagination (1904) and followed this with The Economic Aspects of Child Labour and Education (1905).

The two sisters joined with their old friend, Katharine Glasier, to lead the campaign for school meals and eventually the House of Commons became convinced that hungry children cannot learn and passed the 1906 Provision of School Meals Act. The legislation accepted the argument put forward by the McMillan sisters that if the state insists on compulsory education it must take responsibility for the proper nourishment of school children.

In 1908 Margaret and Rachel McMillan opened the country's first school clinic in Bow. This was followed by the Deptford Clinic in 1910 that served a number of schools in the area. The clinic provided dental help, surgical aid and lessons in breathing and posture. The sisters also established a Night Camp where slum children could wash and wear clean nightclothes. In 1911 Margaret McMillan published The Child and the State where she criticised the tendency of schools in working class areas to concentrate on preparing children for unskilled and monotonous jobs. Margaret argued that instead schools should be offering a broad and humane education.

Rachel and Margaret both supported the campaign for universal suffrage. They were against the use of violence and tended to favour the approach of the NUWSS. However, they disagreed with the way WSPU members were treated in prison and at one meeting where they were protesting against the Cat and Mouse Act, the sisters were physically assaulted by a group of policemen.

In 1914 the sisters decided to start an Open-Air Nursery School & Training Centre in Peckham. Within a few weeks there were thirty children at the school ranging in age from eighteen months to seven years. Rachel, who was mainly responsible for the kindergarten, proudly pointed out that in the first six months there was only one case of illness and, because of precautions that she took, this case of measles did not spread to the other children.

Rachel McMillan died on 25th March, 1917. Although devastated by the loss of her sister, Margaret continued the run the Peckham Nursery. She also served on the London County Council and wrote a series of influential books that included The Nursery School (1919) and Nursery Schools: A Practical Handbook (1920).

In her later years Margaret McMillan became interested in the subject of nursing. With the financial help of Lloyds of London, she established a new college to train nurses and teachers. Named after her beloved sister, the Rachel McMillan College was opened in Deptford on 8th May, 1930. 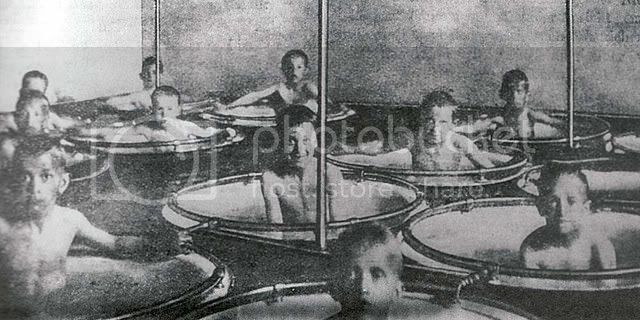 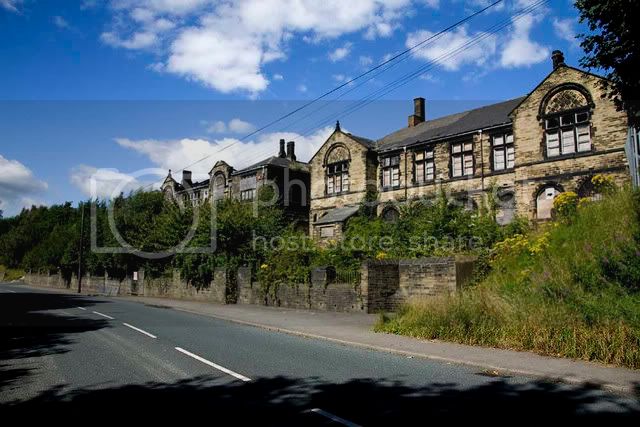 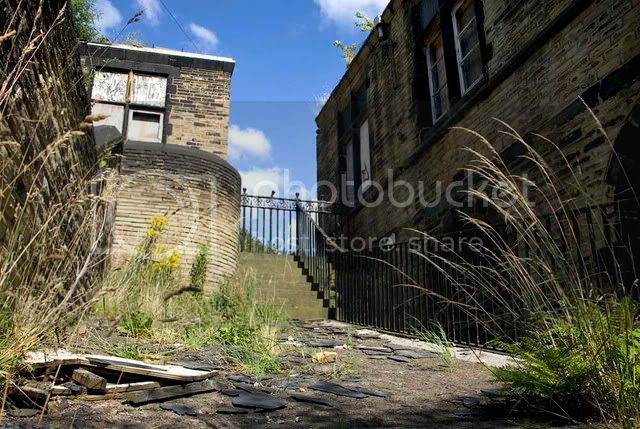 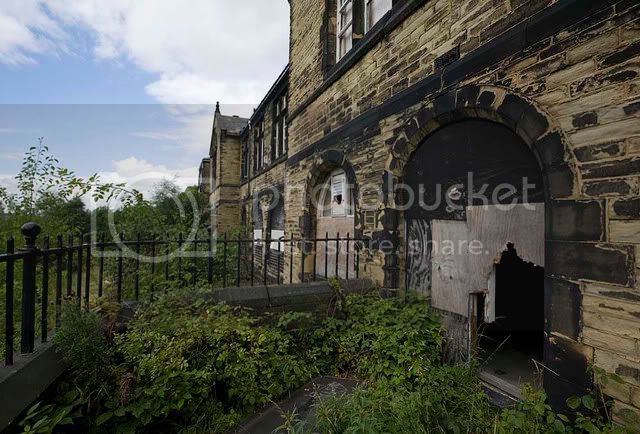 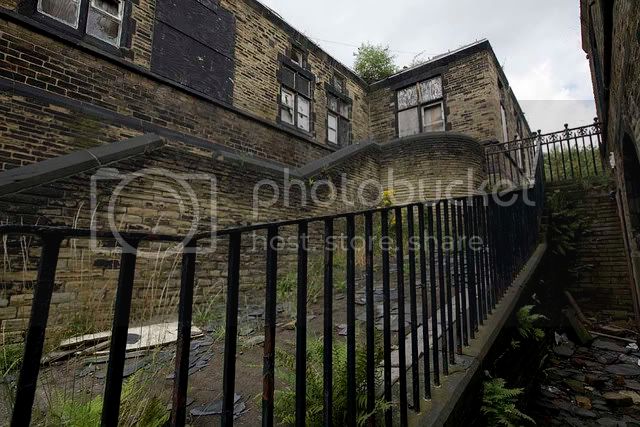 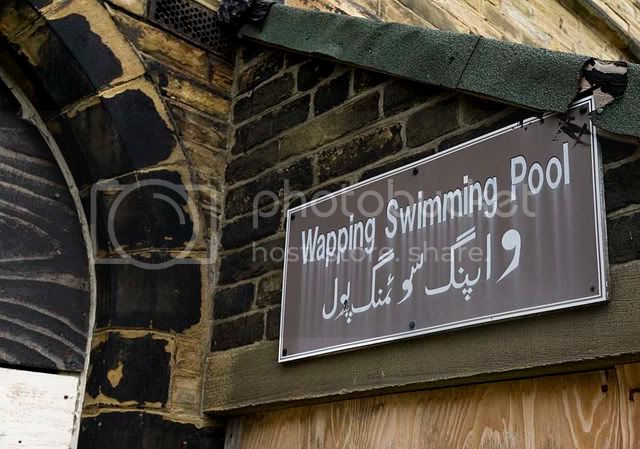 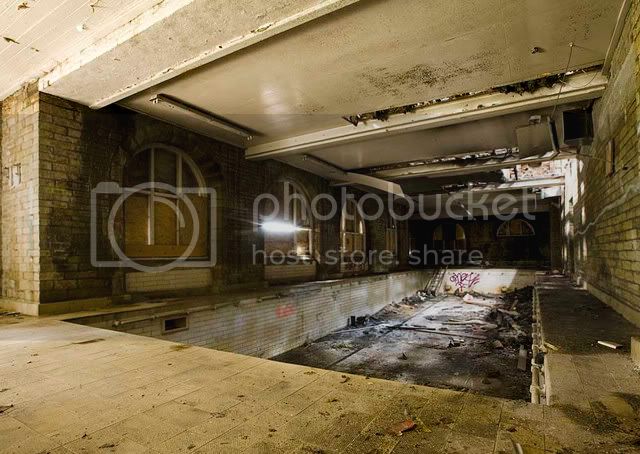 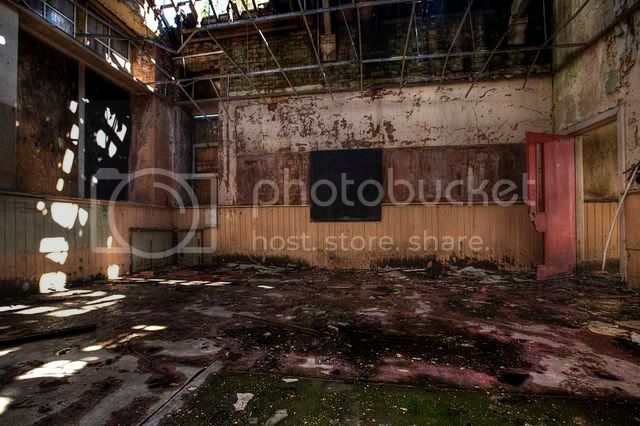 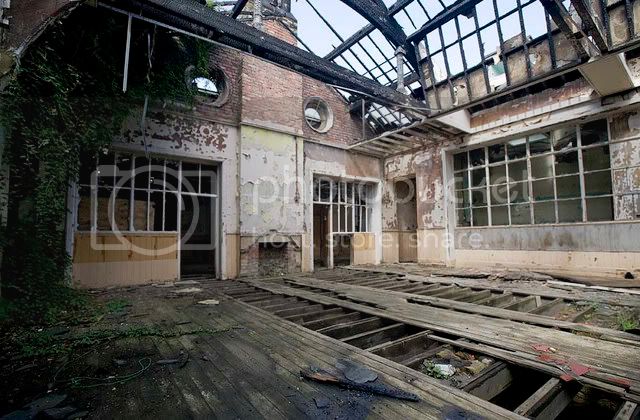 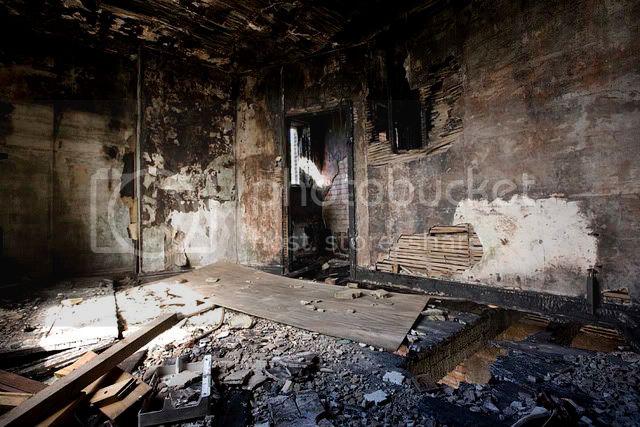 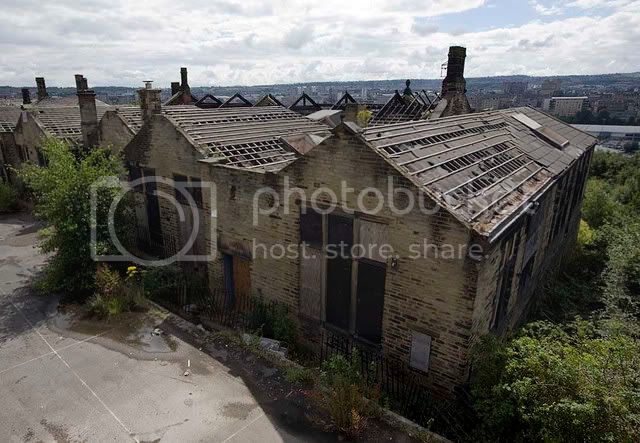 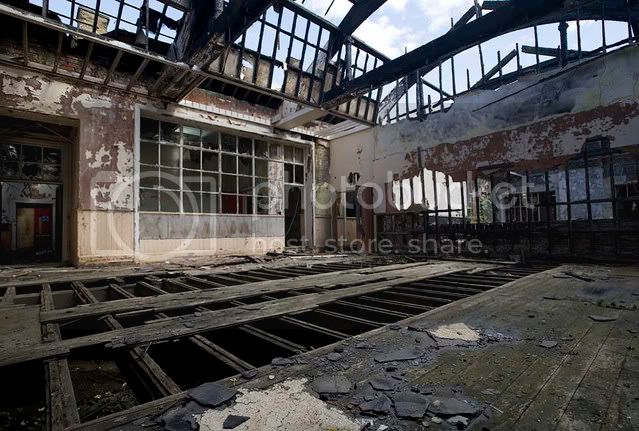 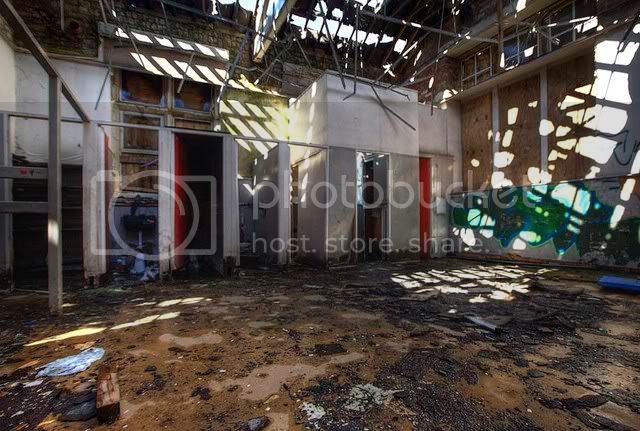 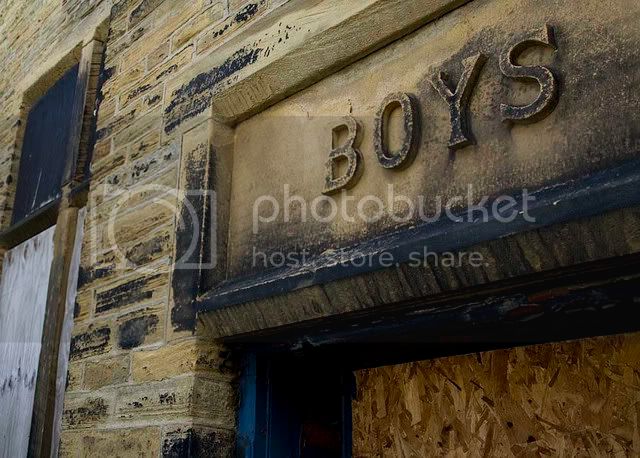 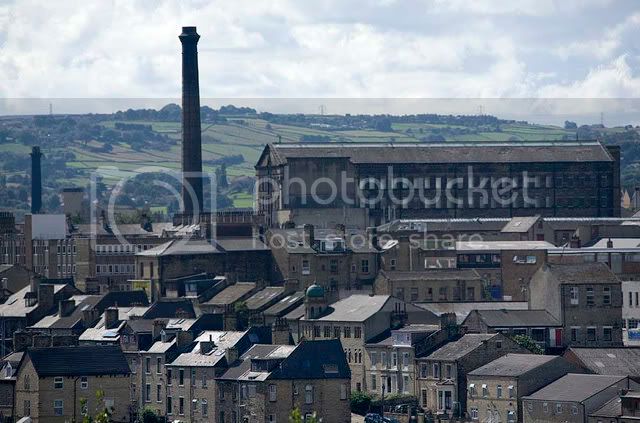 That is seriously heartbreaking. Seems that developers and councils can never agree on anything. We've the same problem up our way. They'd rather preserve the heritage of old buildings by letting them rot, rather than allow any "new fangled" nonsense to be used to save them.

That's just disgusting how they've left such a historical place to rot. (another one, grrrrrrrrrrrrr!!!!!!!!!!!)

Excellent pics mate, and an excellent history of the place.

smileysal said:
In the Bradford argos, the demo people who own the building, said, they took the slate off the roof's to preserve the building! How on earth do they work out if they take them off it's going to preserve it? With all the rain we've been having it's going to damage the building even more by more water coming through the roof!! Fools!!!

Removing the Yorkshire Slate tiles is not as stupid as it may seem, the reasoning is based on a couple of factors.
1/ Buildings of this age and size are roofed using very large Yorkshire Slate tiles. These are worth serious money on the reclamation market and are nigh on impossible to replace with new native product.
2/ In most conversions of old schools in this area, the developers are only interested in retaining the outer walls. The interiors are of little concern, as they will be stripped out.

With the valuable roof removed and stored for replacement, there is little of serious value left on the site that can easily be removed. Hence many buildings thus treated, escape the attention of the more undesirable elements in our society. An additional benefit of removing the roof; a damp interior does not succumb easily to the amateur arsonist. Fire does untold damage to Yorkshire Gritstone walls and stone walling is expensive to restore.

Unfortunately the present economic climate, may mean that this development will probably be on hold for a good few years. Planning departments really need to get their fingers out in cases like this. They knew when the school was being vacated, so they could have formulated and published an acceptable scheme before the building was sold. Of course they wont do this, as what they find acceptable may stop a developer paying top wack for the site. Just the Council being greedy - they always say they have to protect the tax payer and blame the developers - but in the end it's the area and its people that pay the price for the increased vandalism and nuisance.
Last edited: Aug 6, 2008

Fantastic report and history, Silverstealth. It's a seriously lovely building as well as being historically important and I enjoyed seeing your photos.