Difficult to find much info on this place because frankly it hasn't existed too long compared to many places on this site. Here's what I know :-
Westworld race circuit is in a large area of scrub land and came in to existence about 1993. It was literally dug out of the earth. Over the years it has been improved upon by having tiered concrete seating area's added, portacabin style loo's and the obligatory bar. I used to come here myself mid nineties and more recently and the track played host to all types of motoring mayhem including chained pairs, caravan racing and hotrods. In recent years the site has been bought by a developer who has completed phase 1 of its plans. This included a health spa, swiss style large chalets (Yours for 400k each !) and "surf pods". Phase 2 was held up due to the economic crisis but is rumoured to be going ahead shortly. This will include a wave pool which will encroach on the site of the raceway.
There were negotiations for the track to remain open as its 1 of only 2 in cornwall but agreement could not be reached. It seems the track is not in keeping with the land owners "green" image.
Anyhow, on with the show....

Cut down astra - Possibly used as a parade podium car ? 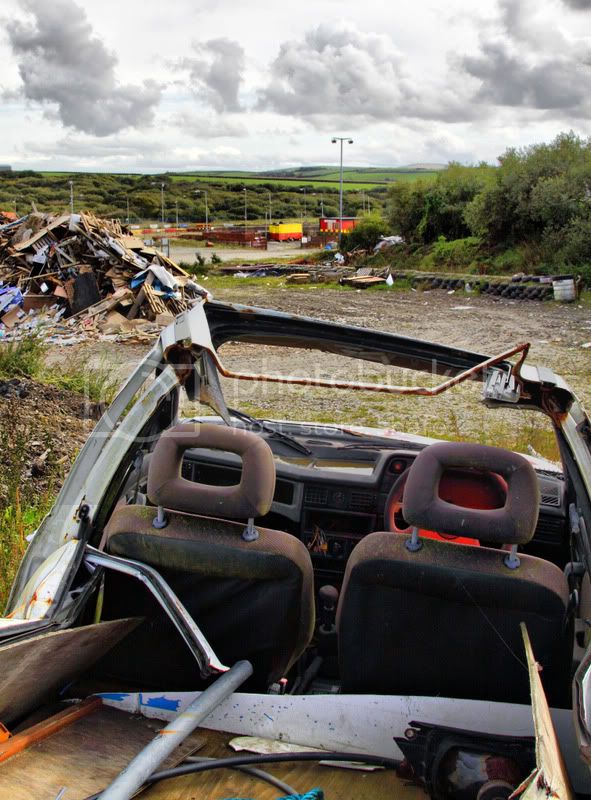 Looks like its become a bit of a dumping ground for some "tastefull" old furniture ! 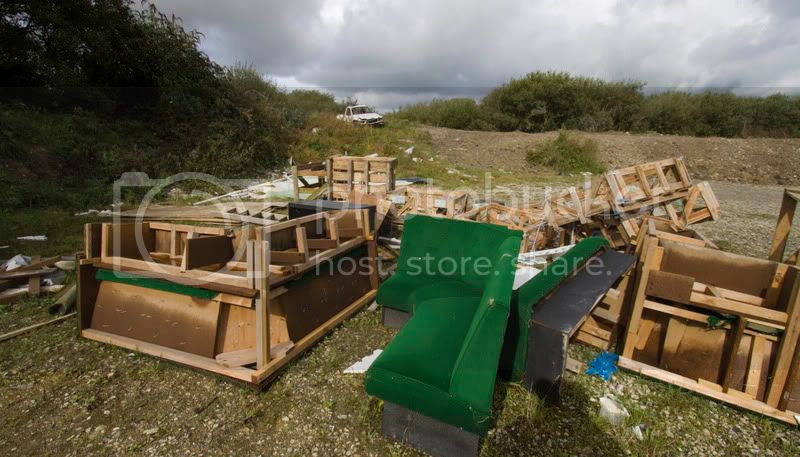 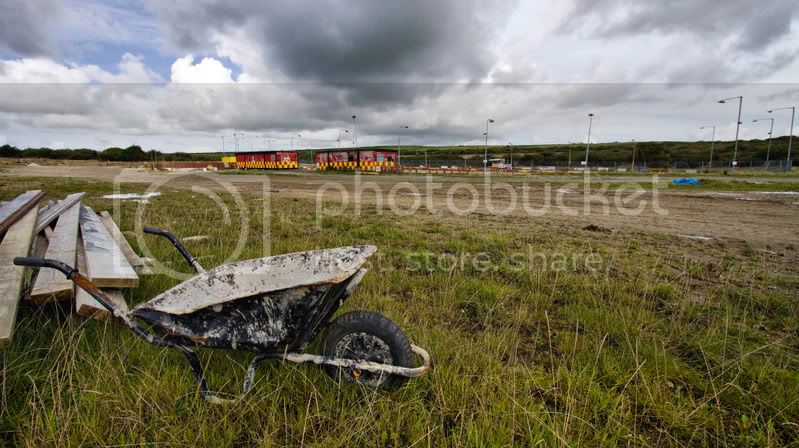 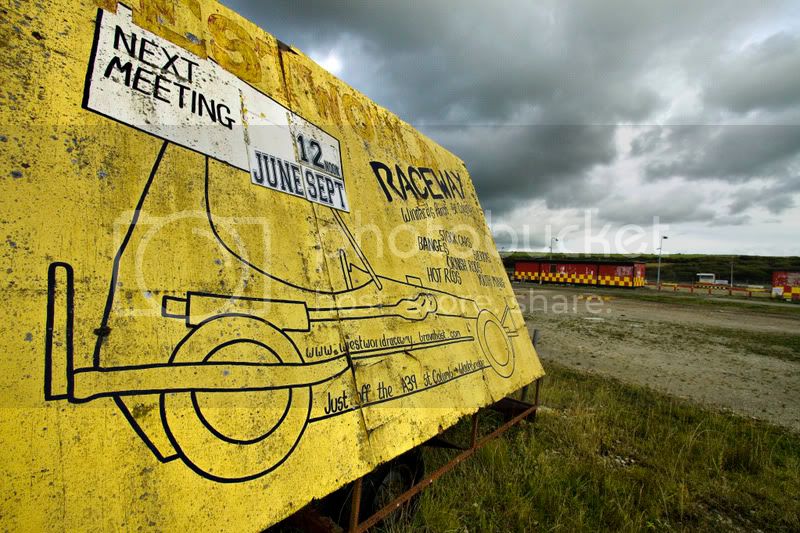 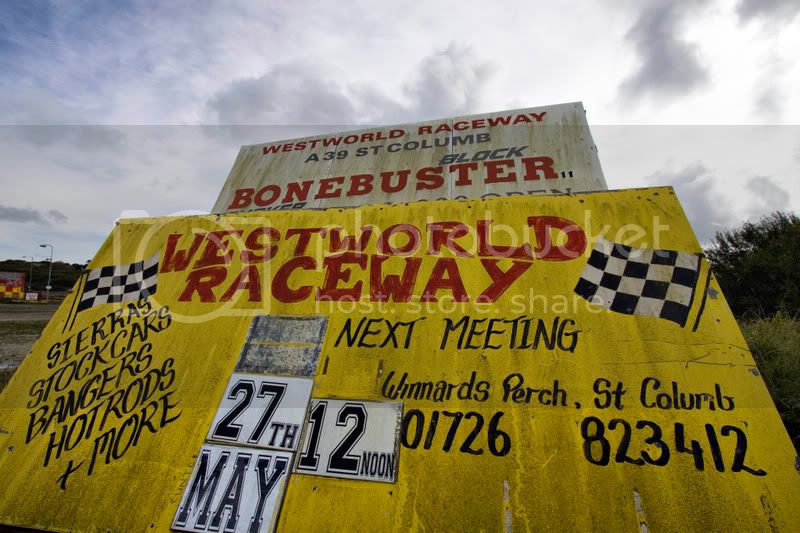 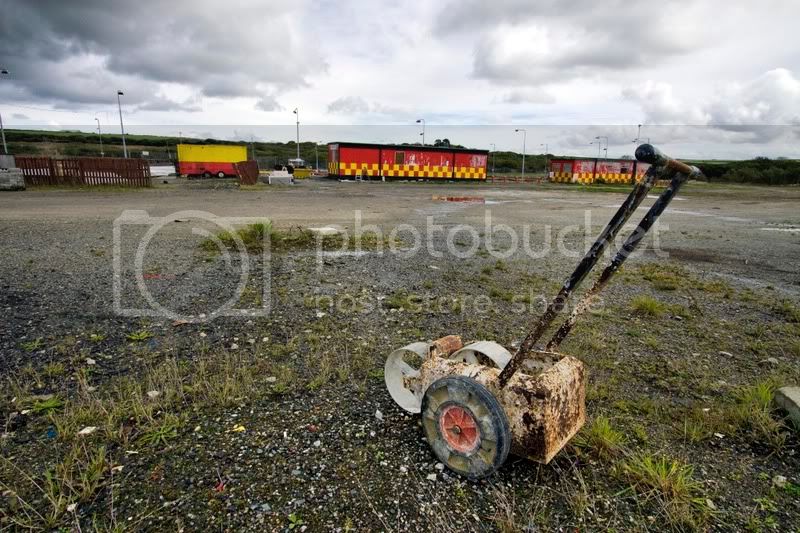 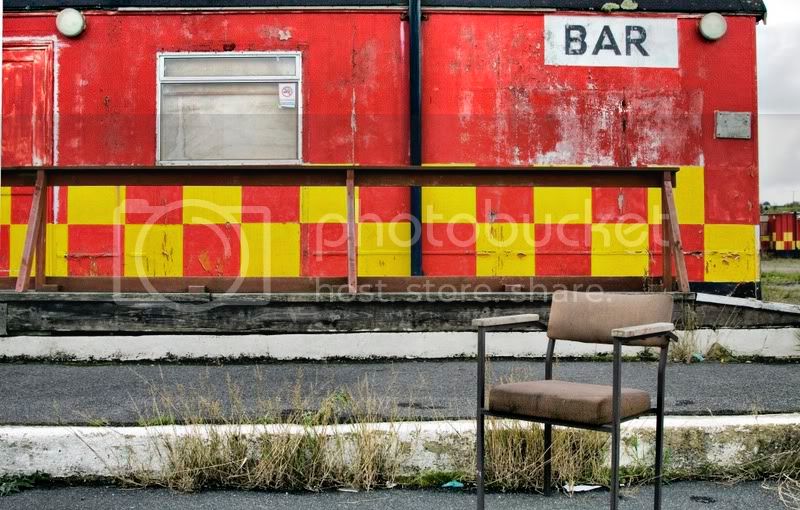 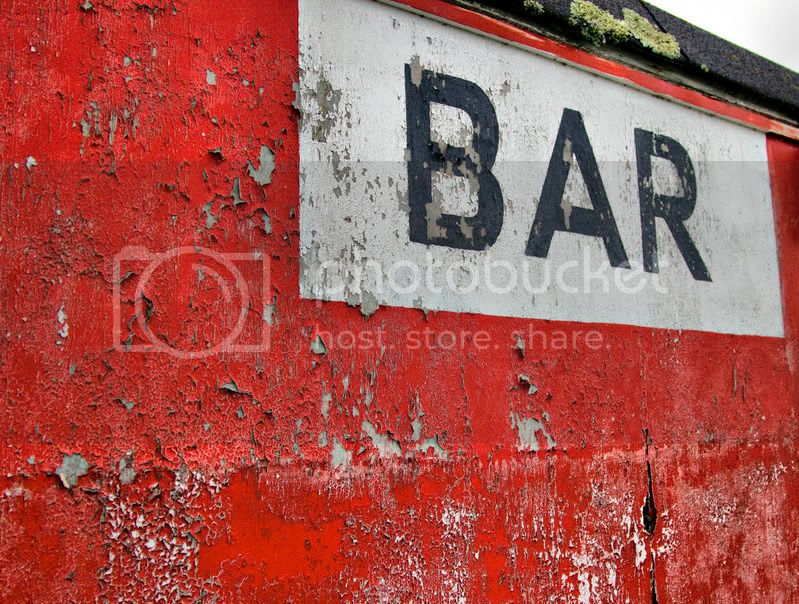 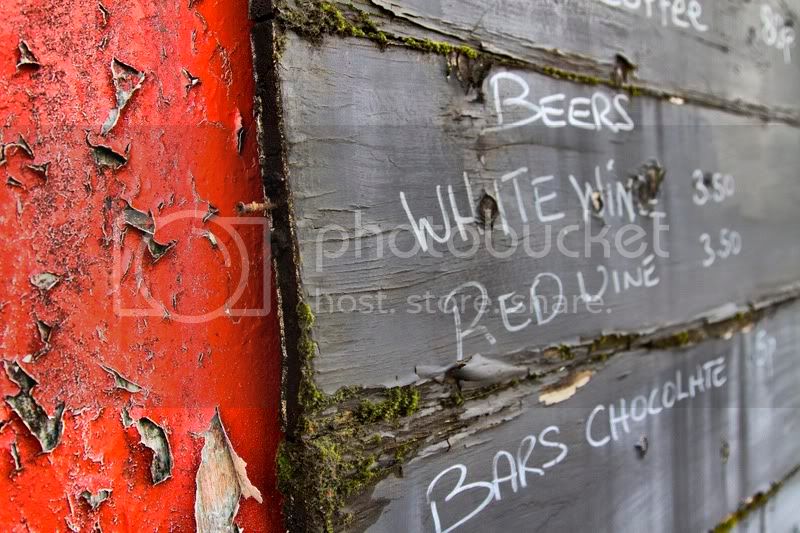 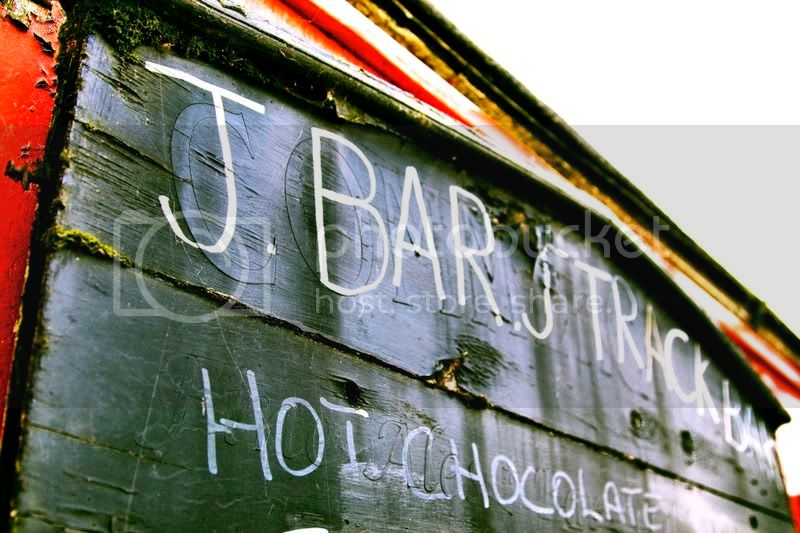 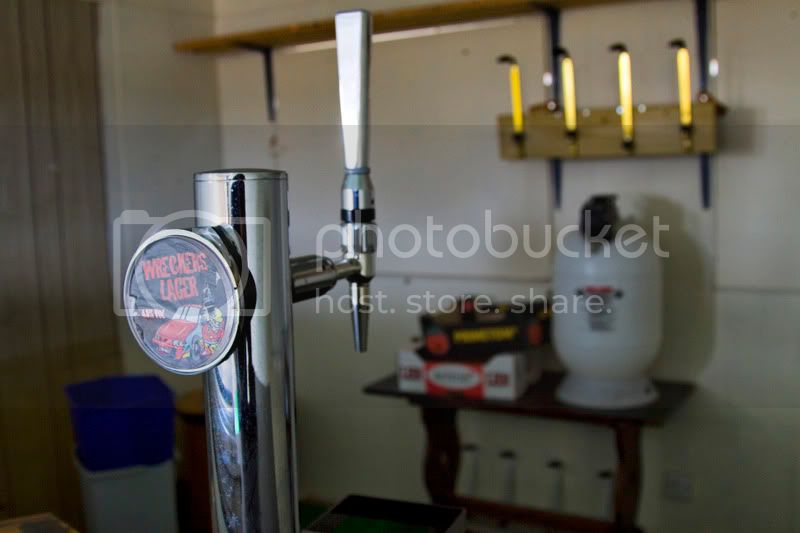 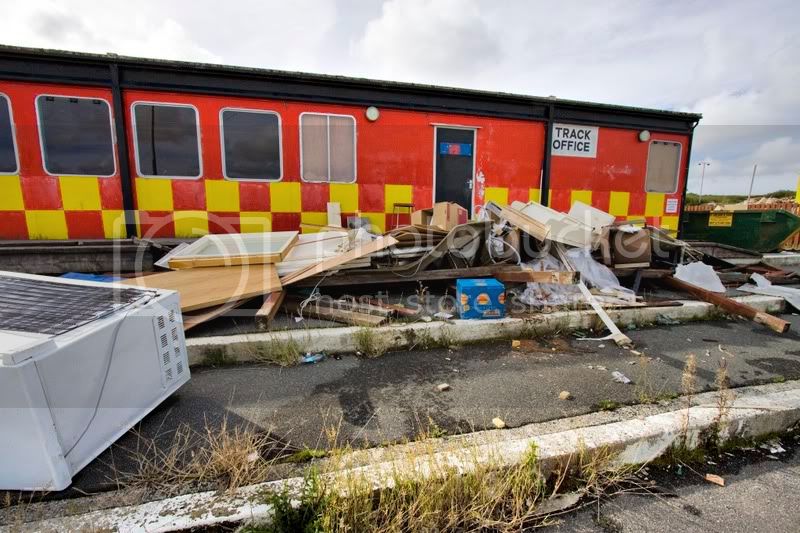 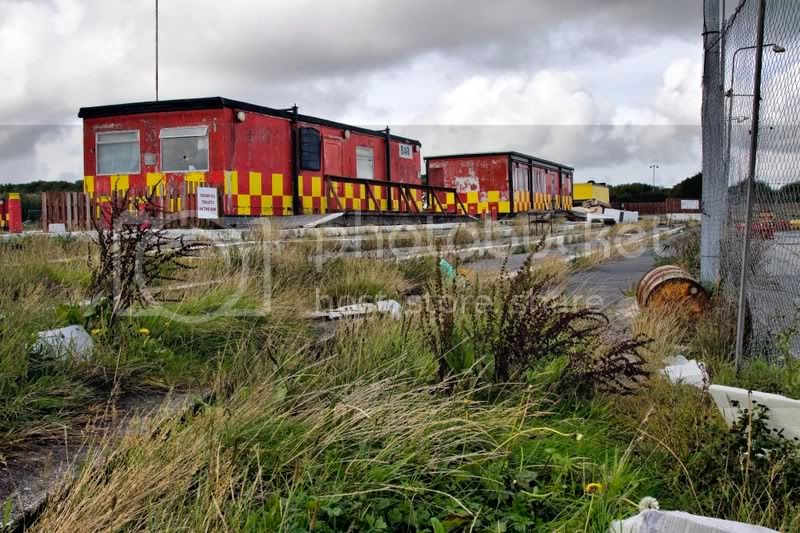 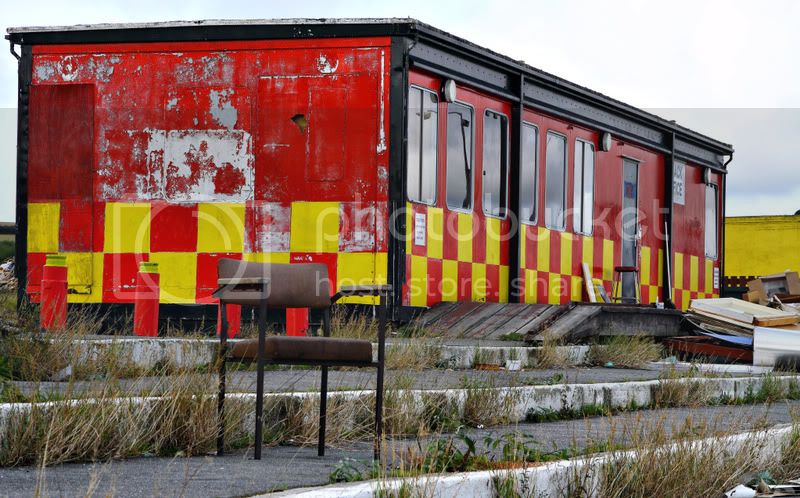 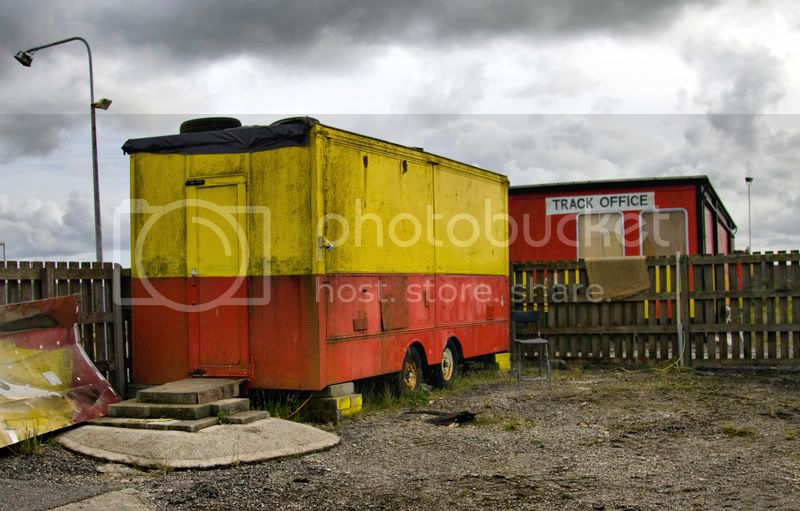 Once you get this far your committed !! 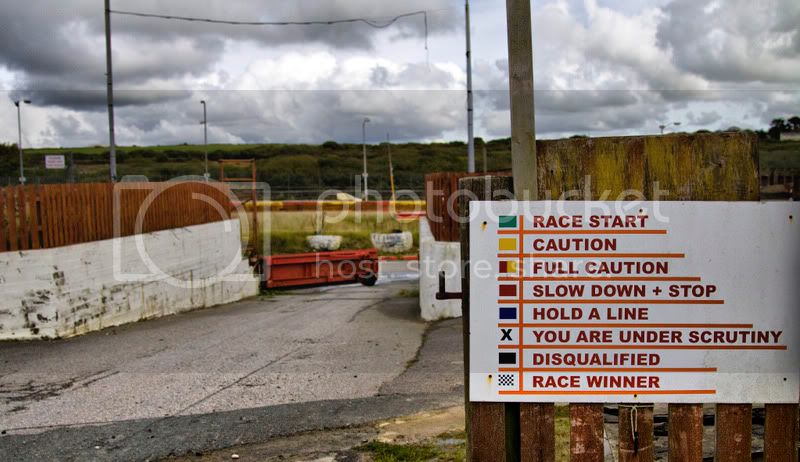 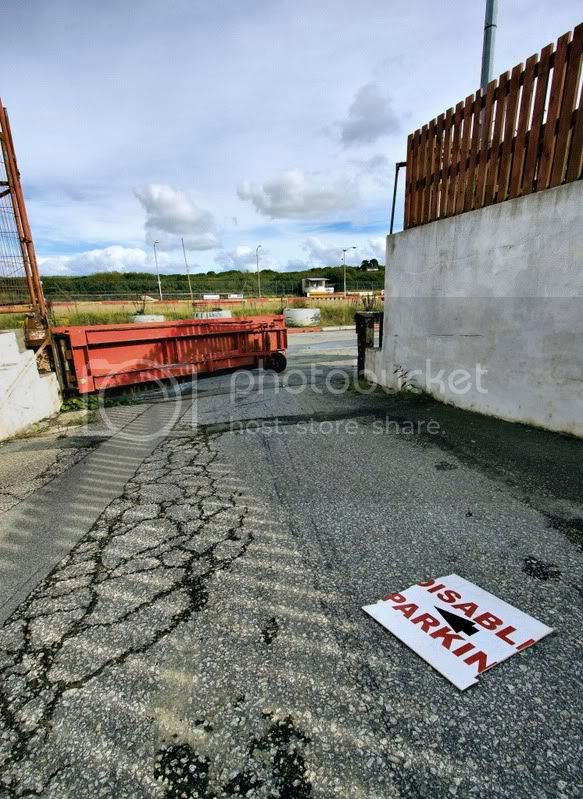 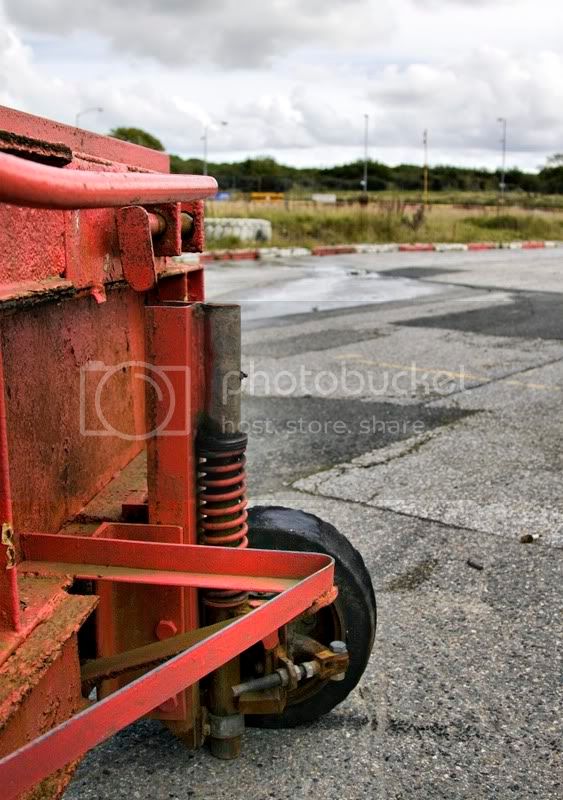 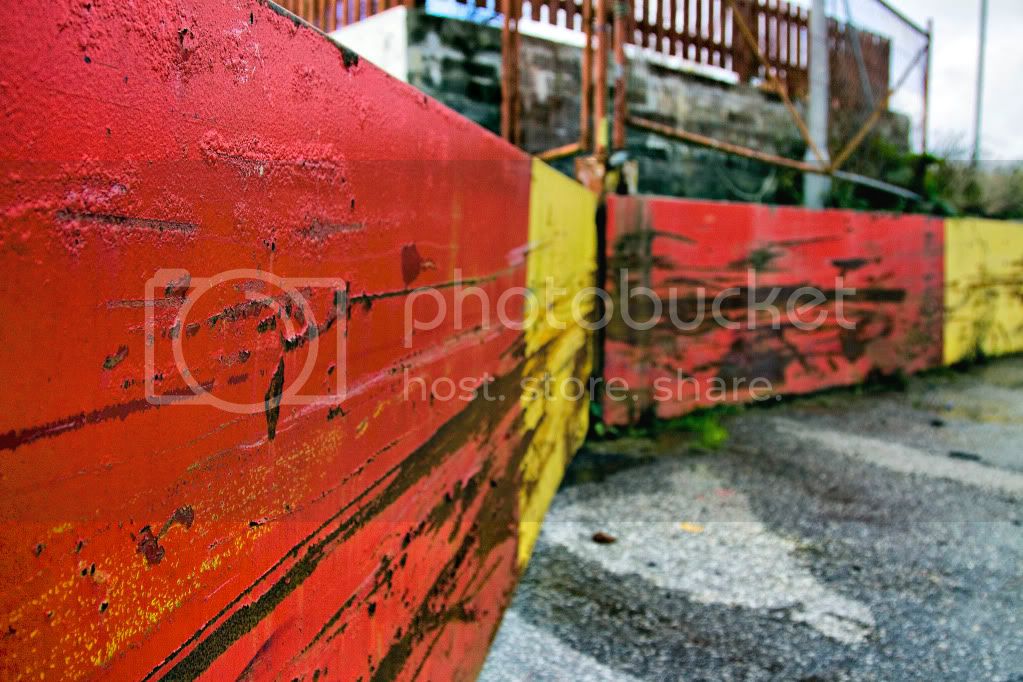 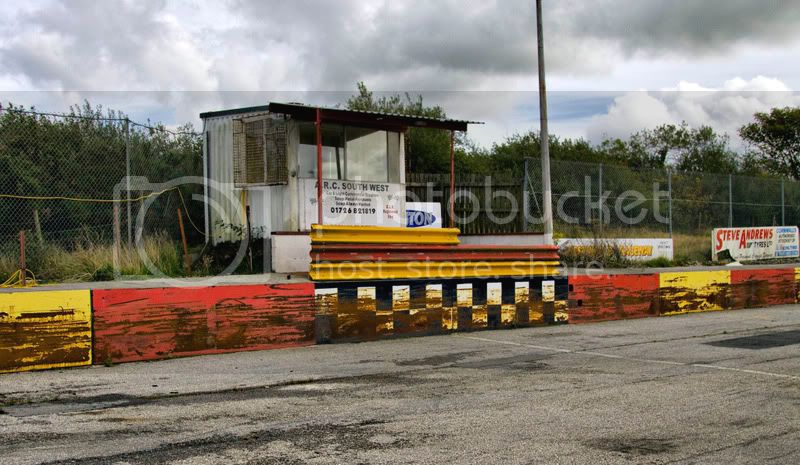 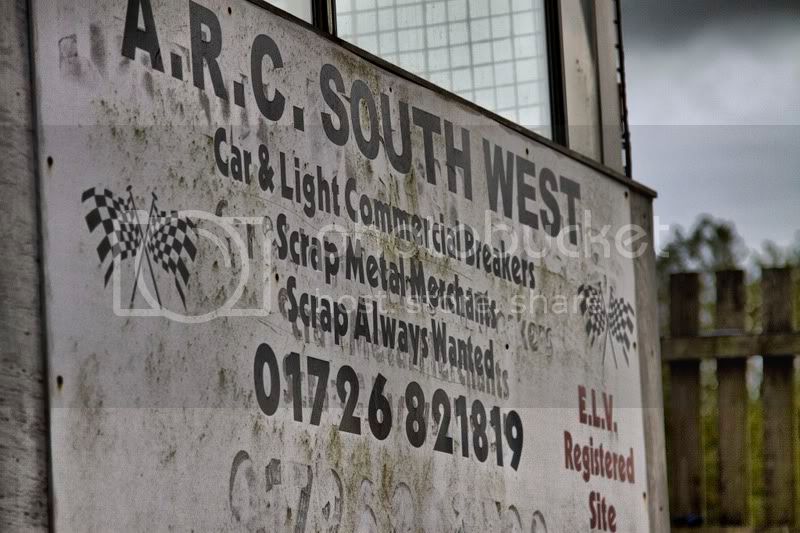 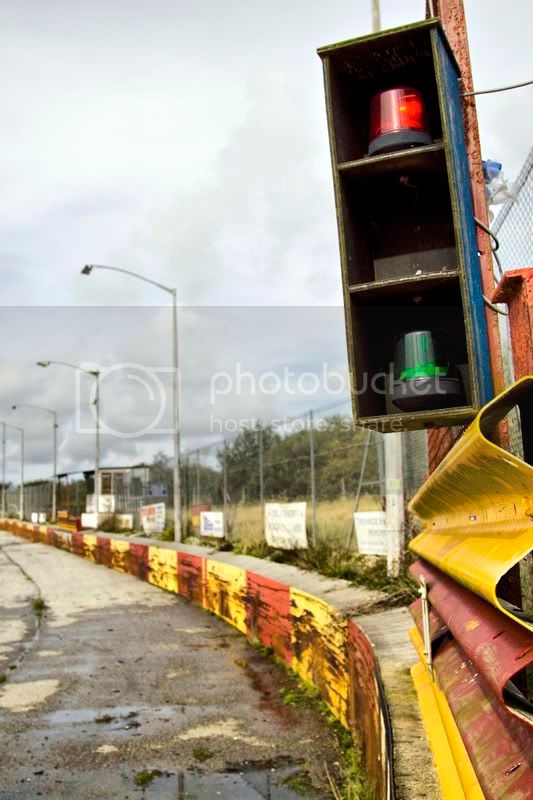 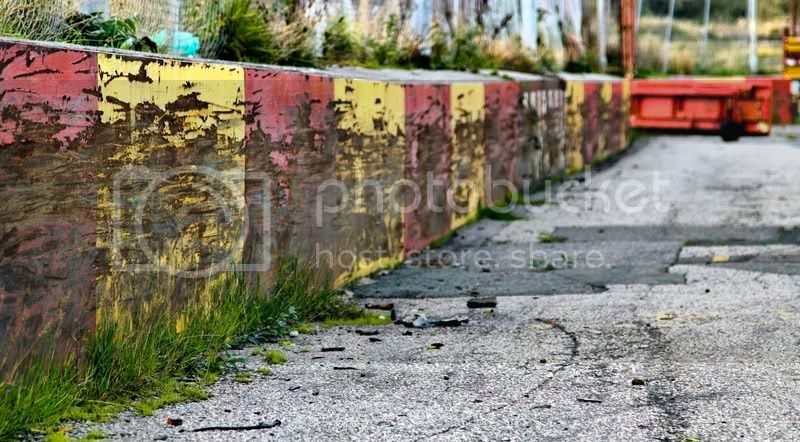 Anyone got a missfire ?? 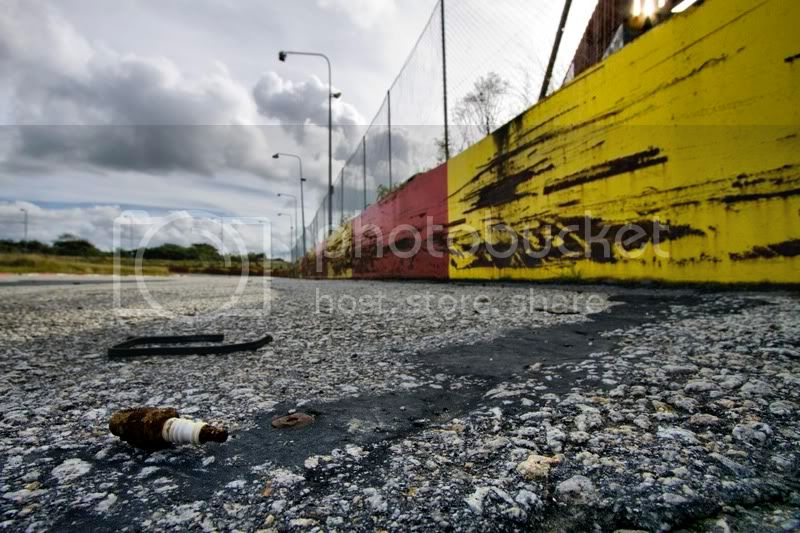 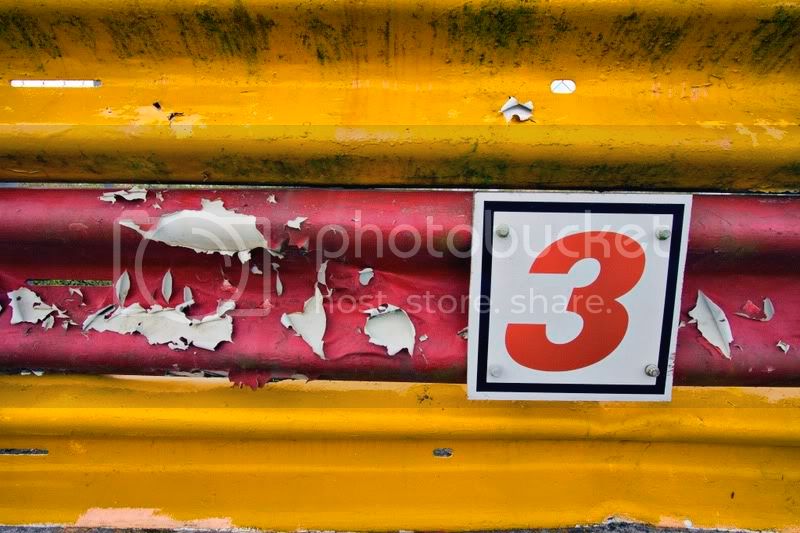 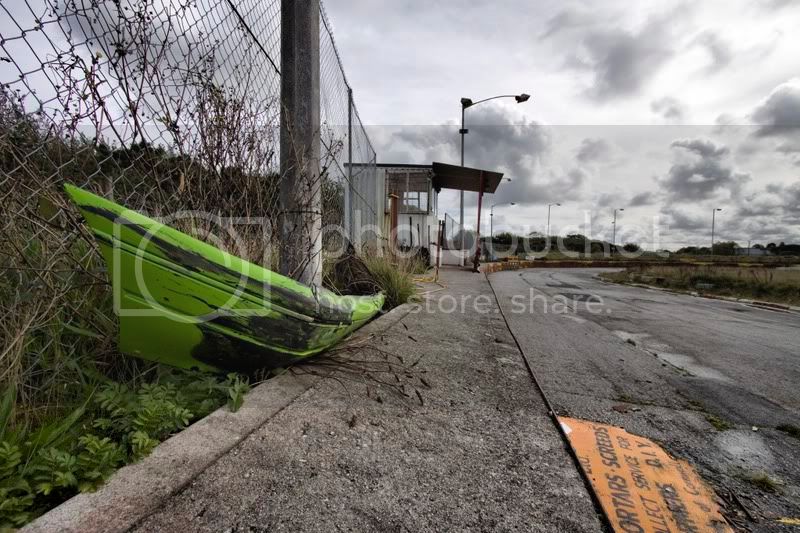 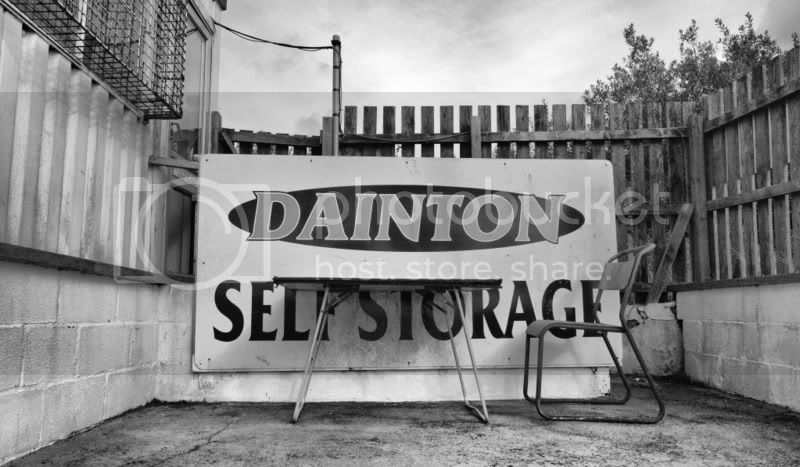 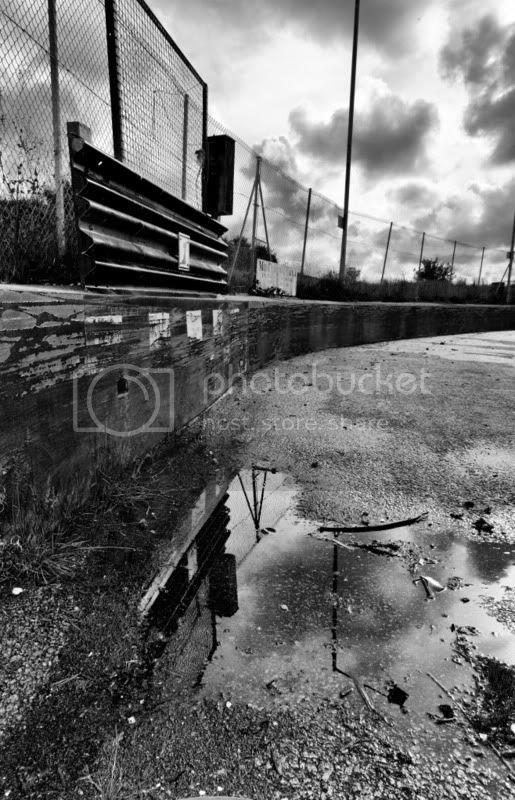 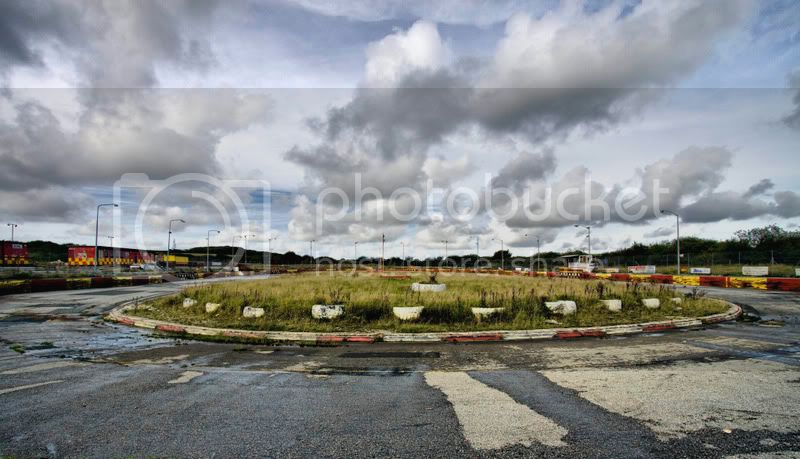 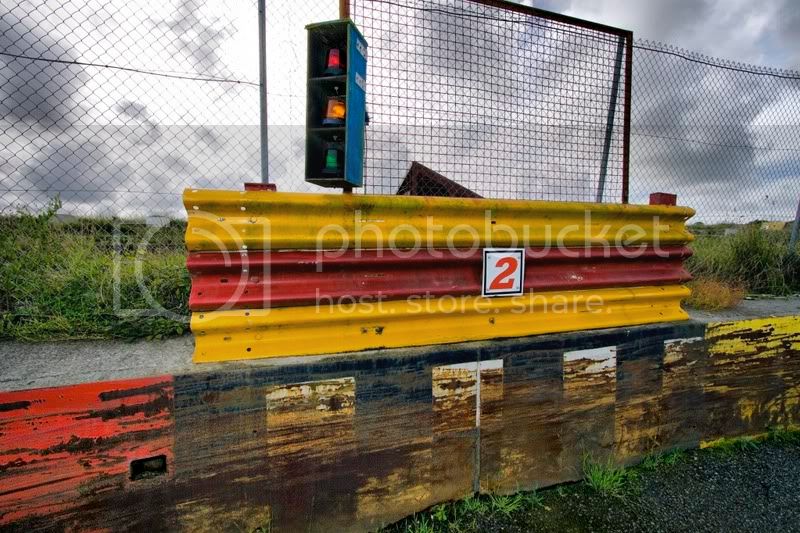 Sorry about some of the pic sizes . I edited them down (or so I thought)

As I was leaving a thought crossed my mind.. Wouldn't it be cool to do a couple of laps for prosperity !!!!

Coo, that's a pretty cool looking place and some top photoage there. Thanks for posting

Seen a report of this on another forum, brilliant!
R

Very cool pictures cheers, I remember this track in its heyday and its sad to see it in such a state of disrepair. I hear the sweet tin in either the bar or race control still has sweets in from the last time it was running (27th September 2009 was the last time it ran a meeting!)

Thanks everyone for the comments. I didn't see the sweet jar in the bar, it may have been in race control. I didnt go in there as people who seemed to have something to do with it were in there. They left but could have come back so I didn't venture in.

Is that the ryano from ovalchat?

nice, why are red & white wine classed as beer though?!
R

Great report! Thanks for sharing
N

Great report
Some great old ovals out there. I was sad to see that Long Eaton is now being built on

Here is a great site that celebrates the old ovals

Real shame the track closed, a big loss to the sport of banger racing. Great pics though

I too would feel the need to 'rag the arse' out of my car around there too.

Thanks for a great report. You've captured the place so well. I find the emptiness quite eerie.

Brilliant pics. What camera are you using?

St Columb! Gutted this has closed, always was my favourite of the Devon and Cornwall tracks. Used to love the Wednesday evening meetings, going all the way down from Exeter just to get soaked through while lending a hand with the spanners (my old man drives stock rods)

In fact, we spent a few practice days down there setting his car up, and he usually let me do a few laps when it was going well

These pictures have brought back fond memories so thanks. Don't suppose it still stands does it?

EDIT: Just a random memory, I remember standing watching the stock rods and seeing Colin Higman blow his engine to smitherines going into turn 3! First time I'd ever seen an engine blow up
Last edited: Nov 2, 2010
B

mookster said:
Real shame the track closed, a big loss to the sport of banger racing. Great pics though
Click to expand...

even more of a loss to the mini stock racing, as this was the only track down this end that did this. now lots of mini stock enthusiasts have mini stocks sitting doing nothing
M

If you had ventured down the track to the right of the main car park for Fronteer City you would have come across one of the oldest Airsoft sites in the country home of the now moved on Kernow Greate Britten (KGB).
We had to move out at the same time.
Jezz.

Is that entrance where the new estate is being built. Is there anything to see of the airsoft site ??

I'l always go back if there's something to see..

thanks
You must log in or register to reply here.