Minter said:
I met someone at this pub recently(purely as a meeting point, nowt to do with urbex) & had chance to have a wander around the outside. There is a sign up about the proposed plan to delmolish it sometime soon. So if anyone wants to take a gander - you better move fast!

Incidently, if anyone has that pic of a few of us stood around the bar could they PM me. Ta
Click to expand...

hmmm, thought I did guys but cant find them? MrB took the shots i've seen, think KEF took a couple too, I'll have another look n if not, I'll see if I can get hold of them!
Laters!
P.S, Hey Minter, been boarded in anywhere recently??

I keep meaning to go and have a look but cant ever be arsed !

Well, had a look around this place, waste of space now, its smashed to bits, stinks real bad, we stopped for around 10mins

There are holes in the floor, and live power cables hanging around, its not a safe place to be. I know its agains the rules to mention access but due to the fact one of the doors was hanging off its been attacked hard, the kitchens been turned upside down so we didnt venture too far into it.

If your passing by, dont bother it really is a waste of time! I have a couple of pics to put up later, not very interesting tho

:wideeyed: omg, look at the state of that kitchen! Hope they didn't keep it like that when it was open?

Love that fireplace, I hope the idiots who got in haven't damaged any part of that, I really do like that part of the pub.

Not too sure about all that rotting food tho

smileysal said:
Love that fireplace, I hope the idiots who got in haven't damaged any part of that, I really do like that part of the pub. Sal
Click to expand...

Its being pulled down, so it wont be a nice fireplace for long!

Good riddens its a death trap !

A few from me 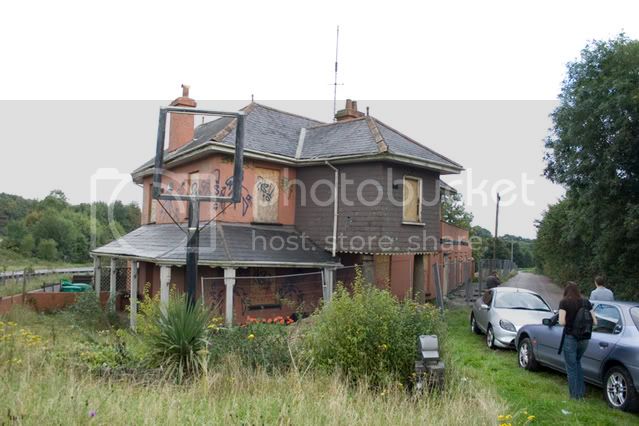 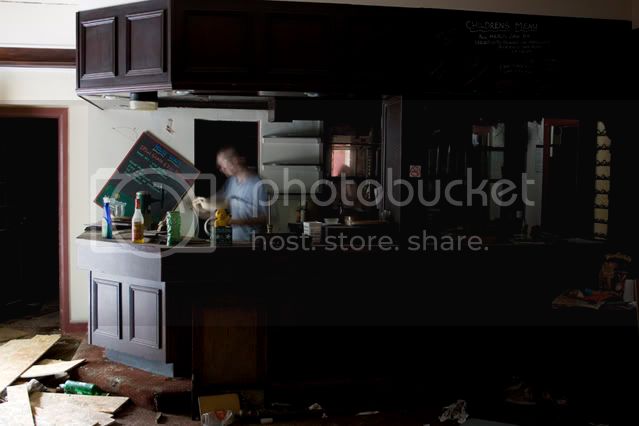 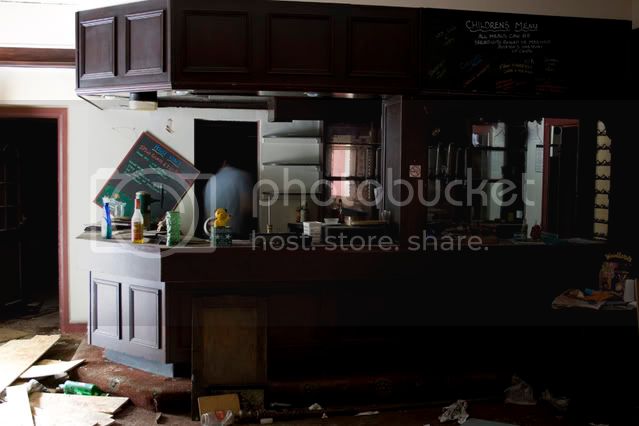 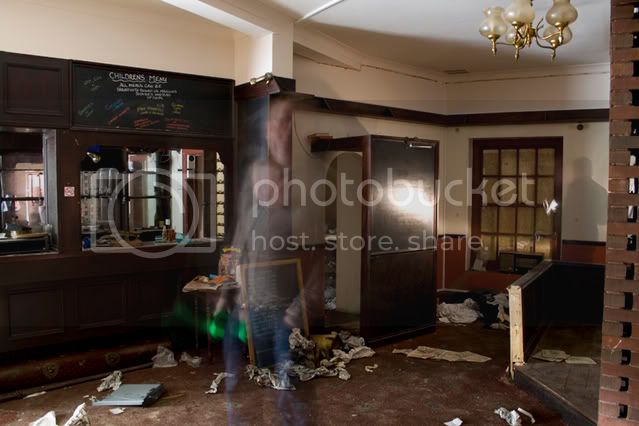 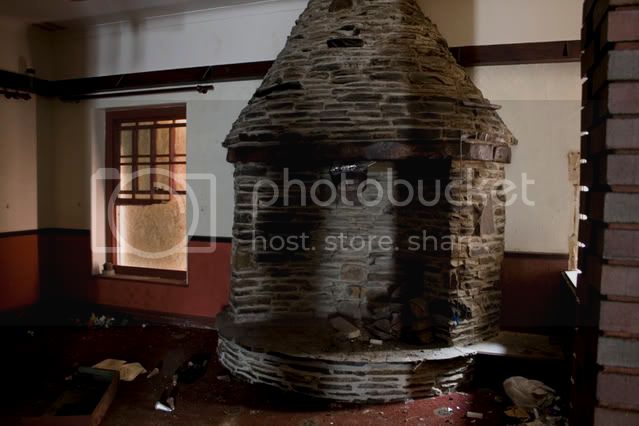 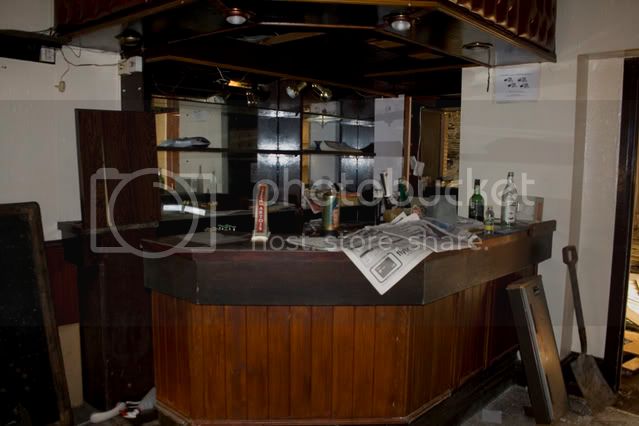 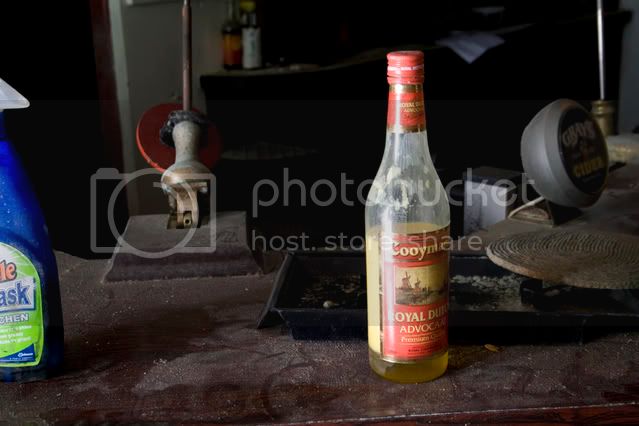 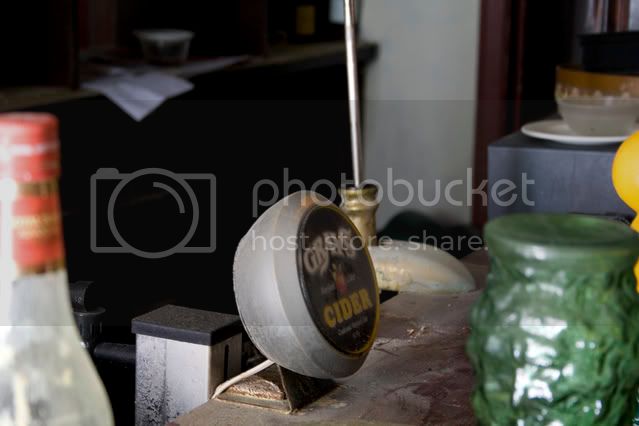 where did the fire go?
i wanted that.


DONT TURN THE POWER ON.

i did and i thought i started a fire. lol
S

Mate the place was a proper wreck. Holes in the ceilings, in the kitchen everything push around and wires and ceiling hanging down, upstairs wiring ripped outta walls and floors ripped up. Wasn't a good place to be!

sneakk said:
Mate the place was a proper wreck. Holes in the ceilings, in the kitchen everything push around and wires and ceiling hanging down, upstairs wiring ripped outta walls and floors ripped up. Wasn't a good place to be!
Click to expand...

shit it has changed.

what you think of the kitchen. lol
S

It was hanging, but couldn't get much furthe than the bottom of the stairs for safety reasons. It literally was that bad.

where did the fire go?
i wanted that.
Click to expand...

Sod the fire... the 'KER-PLUNK' has gone off the bar, we never did finish that game!
S

It's still there mate! Marbles and all. Pics 2-4 - look for the red thing on the right hand side of the bar!

even the rats refused to live there it was that much of shit hole !

Demolition is imminant!! Paid it a visit on New Years day & most of upstairs is now piled up in the centre on the building between the main bar & the room leading to the toilets!

There are several holes in many of the walls too, the place is trashed but the high chair is still standing!!

Sad to see it in the state it's in, always had to drive past this if heading to Plymouth or Cornwall & soon it will be no more

We drove past it (i cant remember when, a fair few months ago) and there were lots of fire engines & incident support units there, I guessed they were using to play around in before it was pulled down, perhaps bomb training or gas explosion

A few artices on the place taken from the Herald Express newspaper:

October 29 : "
AN OLD turnpike inn which has become a South Devon landmark could be flattened to make way for a pair of modern office blocks.
The Woodpecker Inn beside the A38 near South Brent has been boarded up for months.
Now a firm of Staffordshire-based developers want to knock the old pub down and build two three-storey office blocks across the whole site.
The Dartmoor National Park has acknowledged the old pub as a 'landmark building' and Ugborough parish councillors have said no to the office scheme because it is out of keeping with the area.
But when planners meet today they are being advised to give the go-ahead to the project which officers claims will bring employment through 'prestigious office development'.
The Woodpecker Inn is a former turnpike inn on the road from Exeter to Plymouth which, despite significant extensions and alterations, has managed to retain its 19th century façade.
Most recently it has been run as a restaurant but that too closed some time ago.
Laurie De Mel Property of Elford in Staffordshire wants permission to knock the inn down and build more than 2,000 square metres of offices set on two floors over a 52-space car parking area."

November 6:
"PLANS for industrial-scale offices in the heart of rural South Hams have been refused by planners.
The landmark Woodpecker pub beside the A38 near South Brent was an old turnpike inn which has been boarded up for months and could be flattened to make way for a pair of modern office blocks.
Staffordshire developer Laurie De Mel Property wants to knock the old pub down and build two three-storey office blocks with car parking under and around it.
However South Hams planners overturned their officers' advice because they felt the proposal was too modern and rejected it due to its design and impact on the countryside.
The Woodpecker Inn, formerly the Carew Arms, was a former turnpike inn on the Exeter to Plymouth highway which, despite extensions and alterations, has managed to retain its 19th century facade. Most recently it was run as a restaurant.
Objector Ward Green, for the South Brent Community Action Group, said they were not against the use just the design which would replace a historically-important building: "What is proposed is an unyieldingly modern design, unremittingly urban and cutting edge. We believe a design more locally in keeping and retaining historic features may be achieved."

It didnt work as a pub, then they served food, and that didnt work, so it closed down. Its logic.

Rather than use the space, they would rather leave the building empty because its a "Landmark" - Correct every time i drive past it I say "Look at that shithole, We must be nearly home"

Its never going to work as a pub again, ever..... so why not change its use?

a bloody big house for me?

dont think the HIP will be much good, low insulation
S

Went here soon after it shut, think i was one of the 1st people in there.. looked undisturbed....

Seen a article in my local paper about someones just been to court for entering and stealing wire and stuff from inside.. i'll try dig it out.