Wunsdorf is a massive abandoned soviet town in East Germany. For simplicity it contains two areas: 1. The large, heavily decayed town / barracks. 2. The better condition officers areas.
On my first trip I only made it round the town, so lets start there, I’ll call it “Wunsdorf North”: 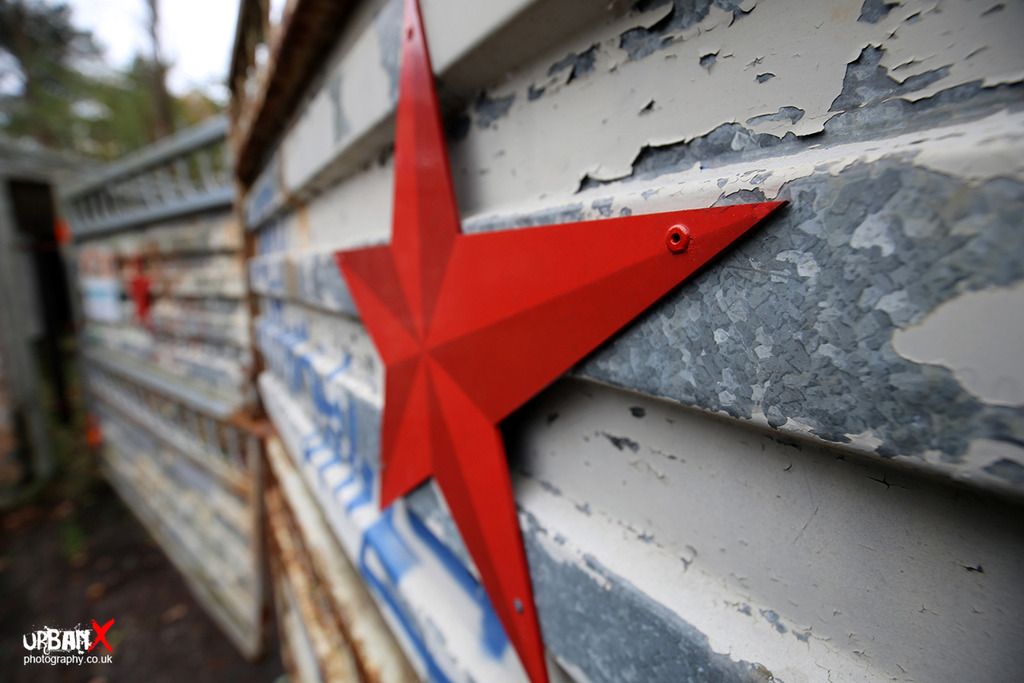 There used to be thousands of soviets, so many that Wünsdorf-Waldstadt was known as Little Moscow, with trains to the real Moscow going every day. To the natives it was die Verbotene Stadt, the Forbidden City. The East Germans weren’t even allowed close to it. 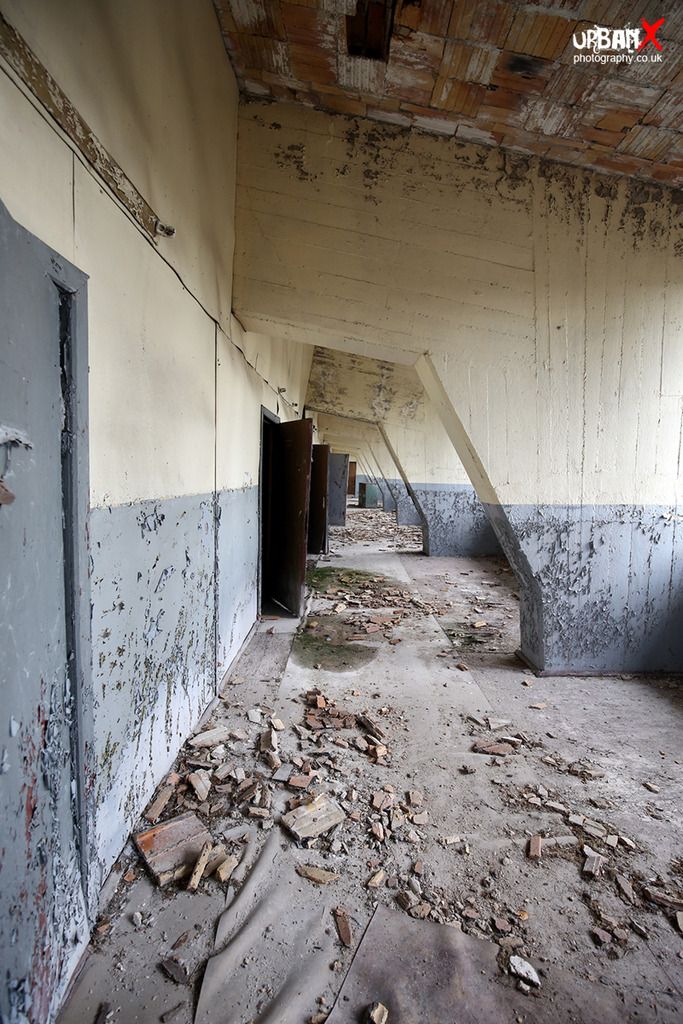 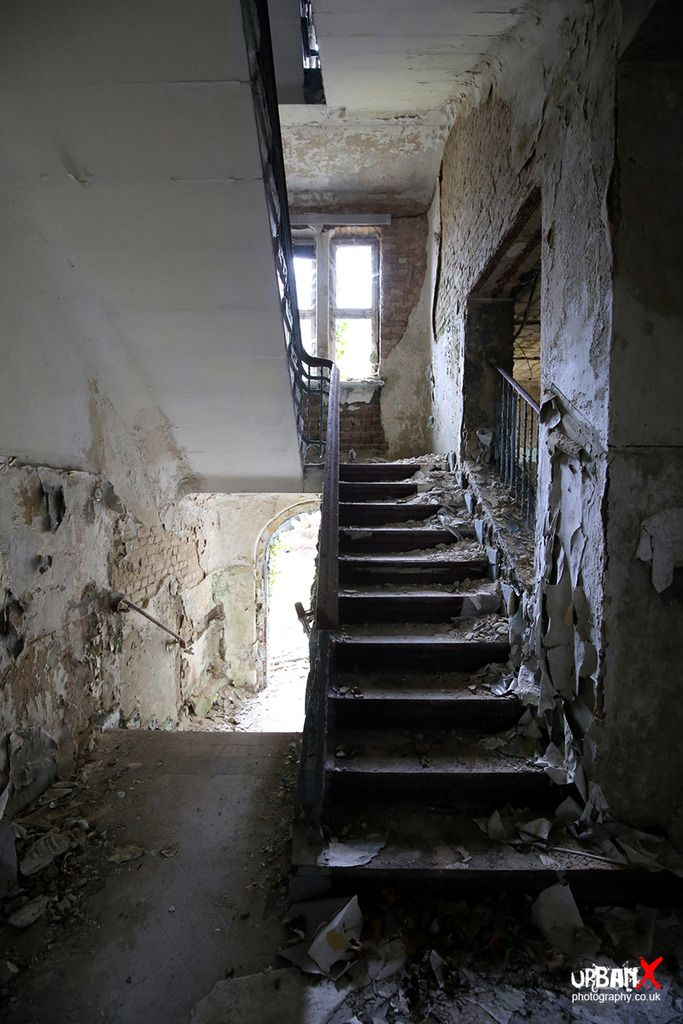 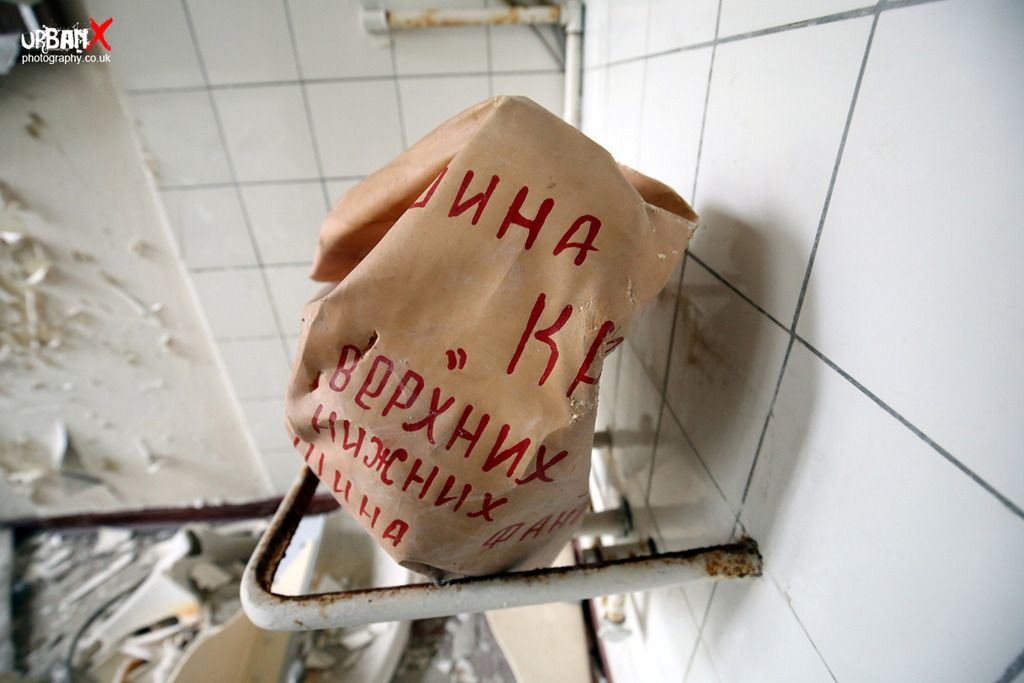 The soviet bigwigs were happy to have the Red Army on tap just in case the locals got a bit rowdy, as they did in 1953, when Soviet tanks and troops put an end to the short-lived rebellion of June 17. 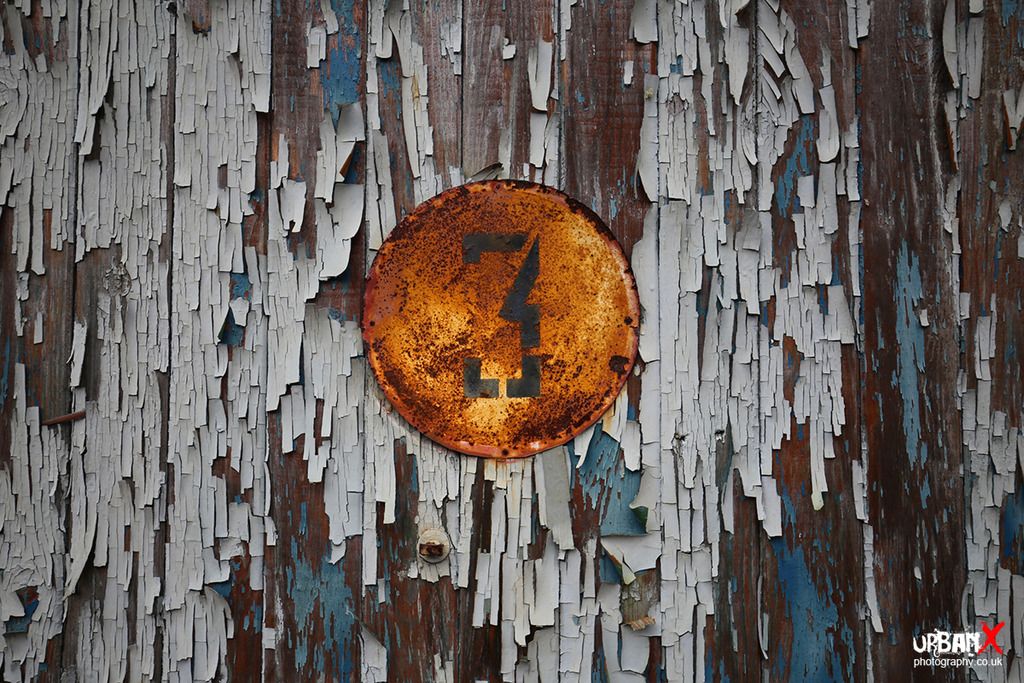 Wünsdorf was the Red Army’s headquarters in Germany, the biggest Soviet military camp outside the USSR. It’s abandoned now, mostly forgotten and discarded, left largely to rot in the woods. 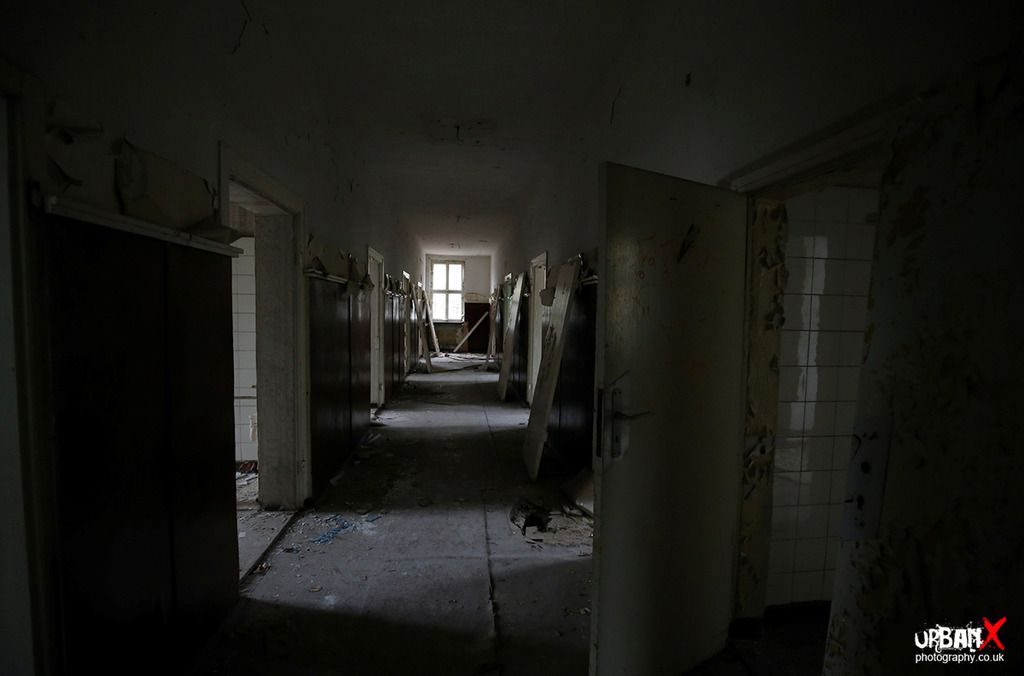 Military facilities existed in and around Wünsdorf long before the Russians came along. The Nazis – as Germans were called for that unfortunate period in history – used it for military purposes too. They used it even before they became Nazis. 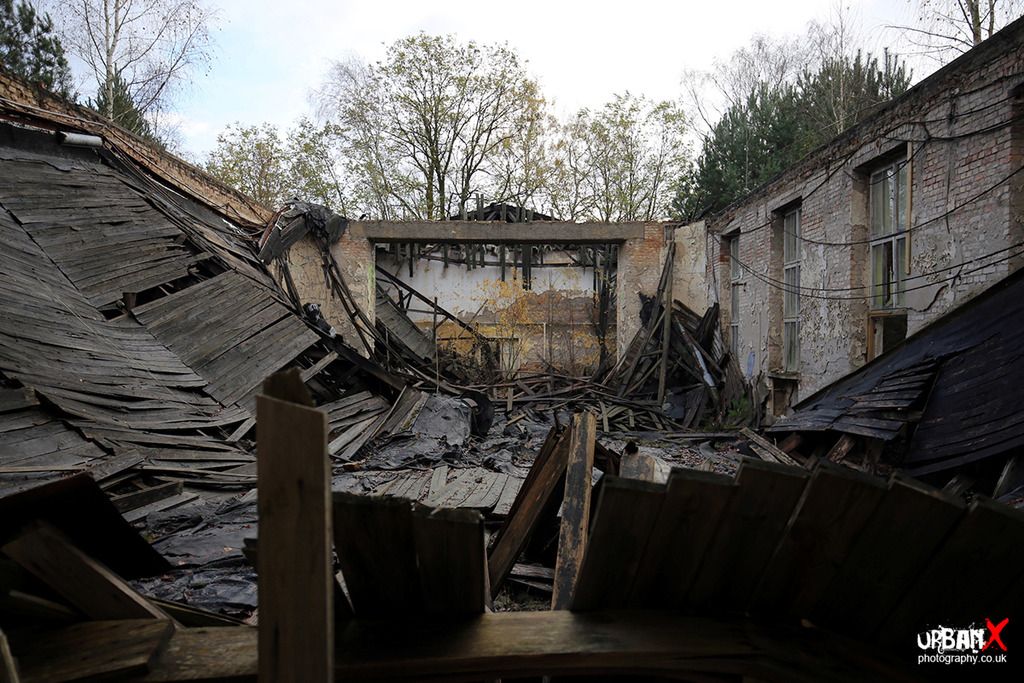 The whole area really gained in strategic significance with the construction of the railway. The train station opened on the Berlin-Dresden line in 1897 and by 1910 there were quite a few army barracks in Wünsdorf-Zossen. (Zossen being the main town to the north.) 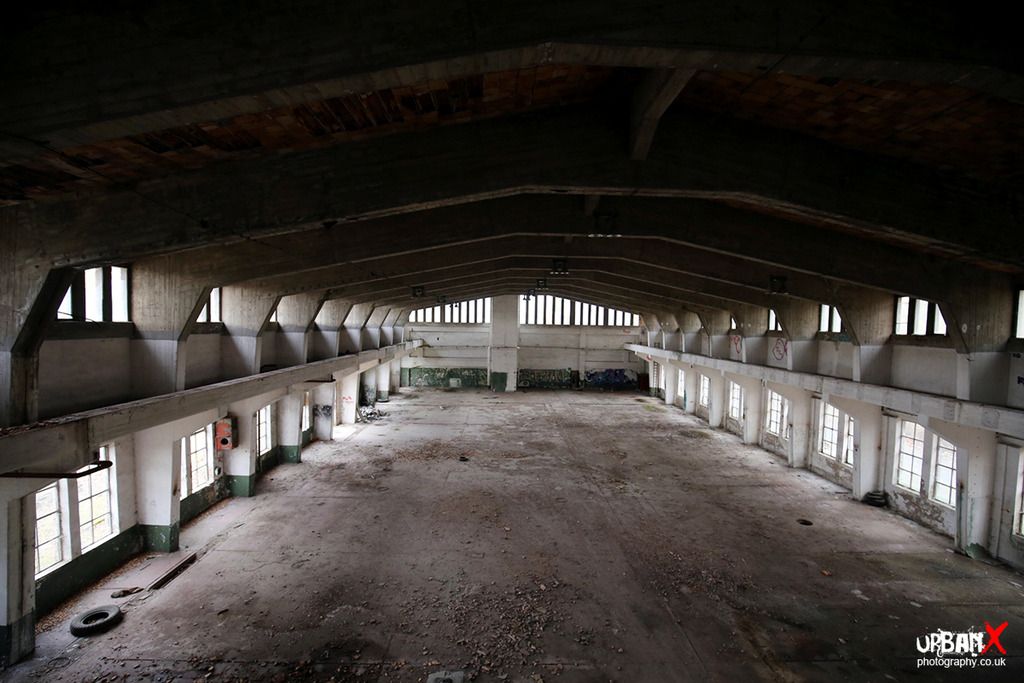 A telephone and telegraph office was established in 1912 and the infantry school followed the year after that. The 60,000-acre area had become Europe’s largest military base by the time the First World War kicked off in 1914. 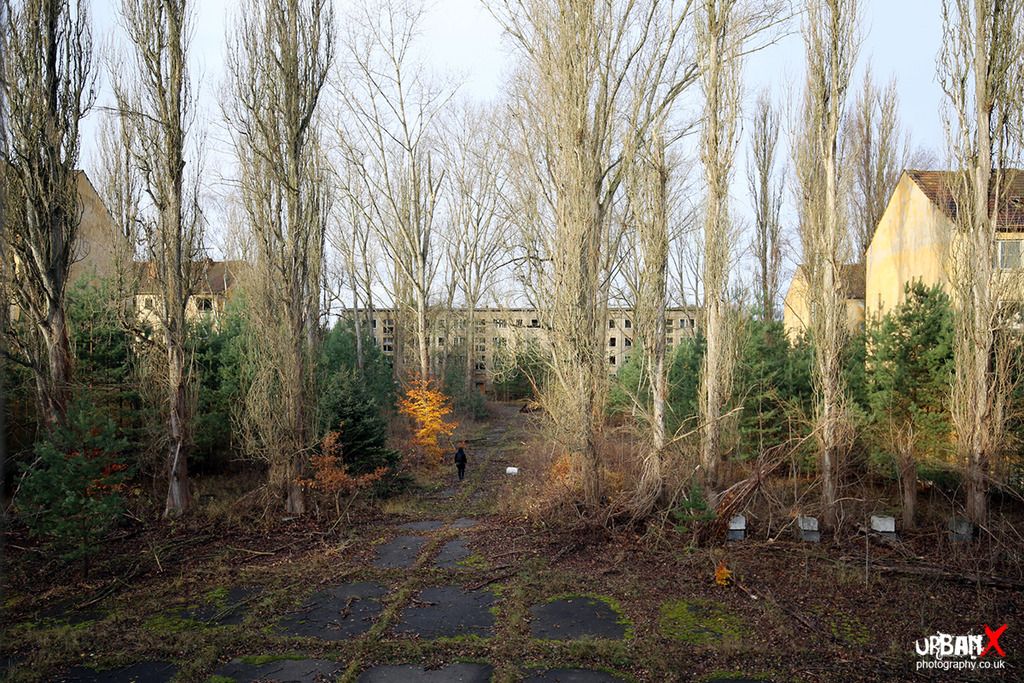 That same year, work began on the first mosque to be built on German soil. It opened the following year on July 13, 1915, catering for Muslim POWs. The wooden mosque remained open for Berlin’s Muslims even after the end of WWI, but was closed due to disrepair in 1924 and subsequently torn down. 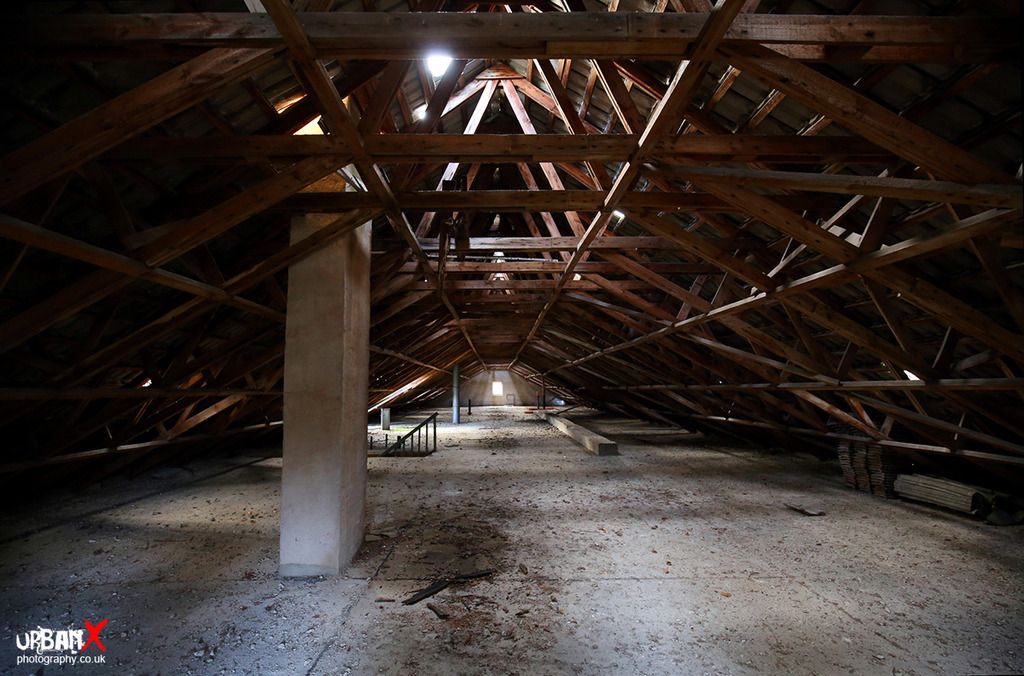 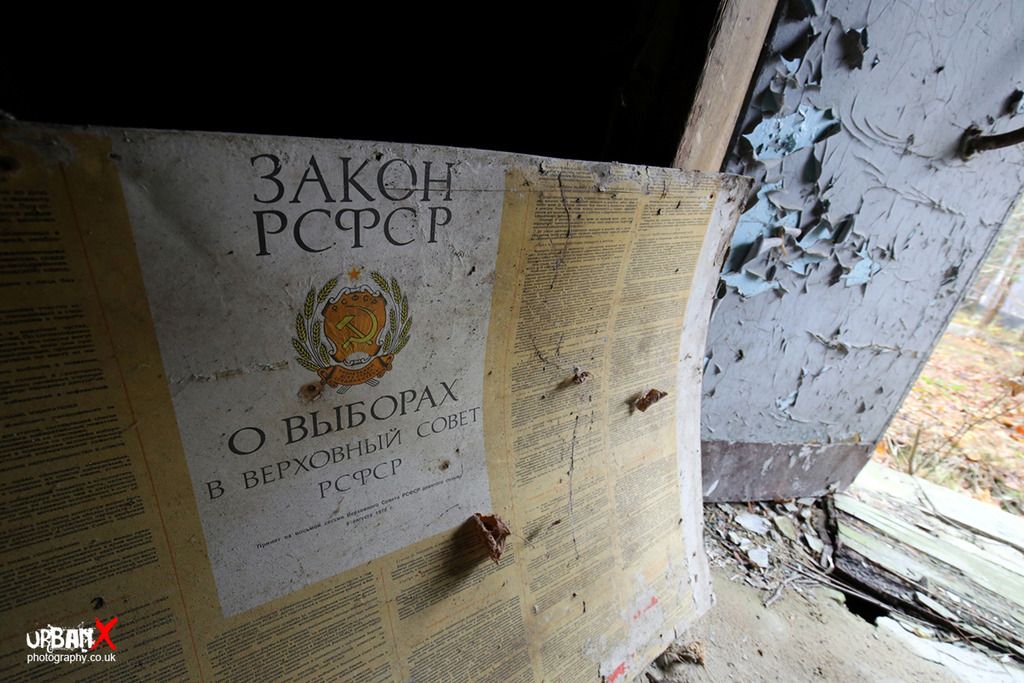 I was surprised to read that the camp even had Irish POWs at some point in the second world war. The Germans treated the Irish well enough, until one of the camp guards called them “English” and a brawl broke out between them. Apparently they weren’t looked after so well after that. They probably weren’t called English after that either. 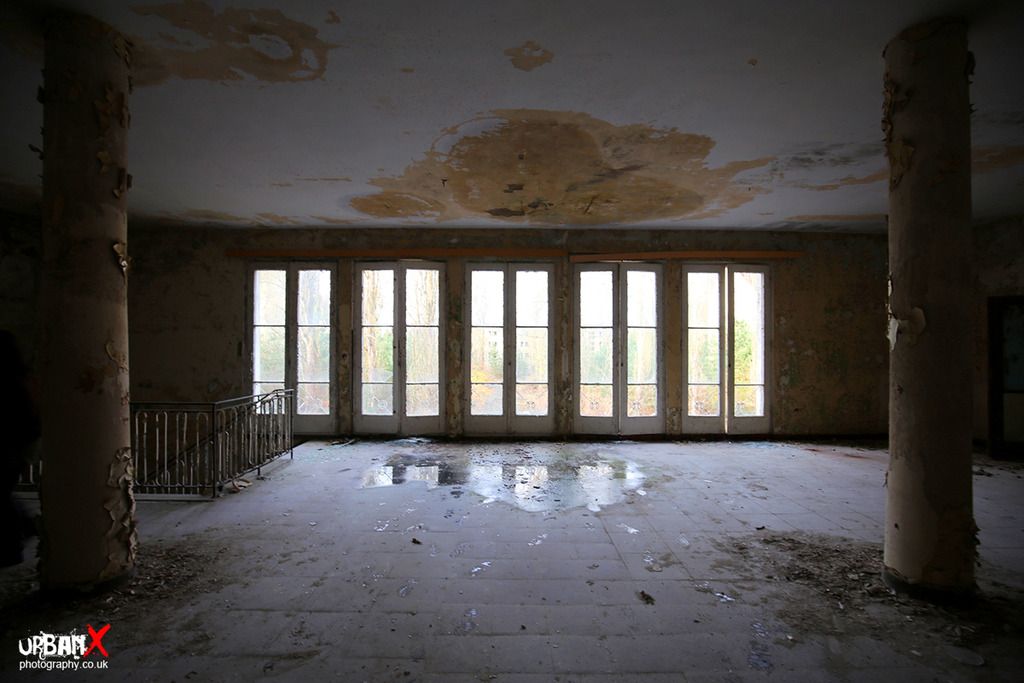 Wünsdorf remained important from a military perspective even after the war, with barracks, a military hospital and stables. The Army Sports School was established in 1919, honing German athletes up to 1943. The German team trained here ahead of the 1936 Olympic Games in Berlin, though there was little they could do to stop Jesse Owens stealing the show. 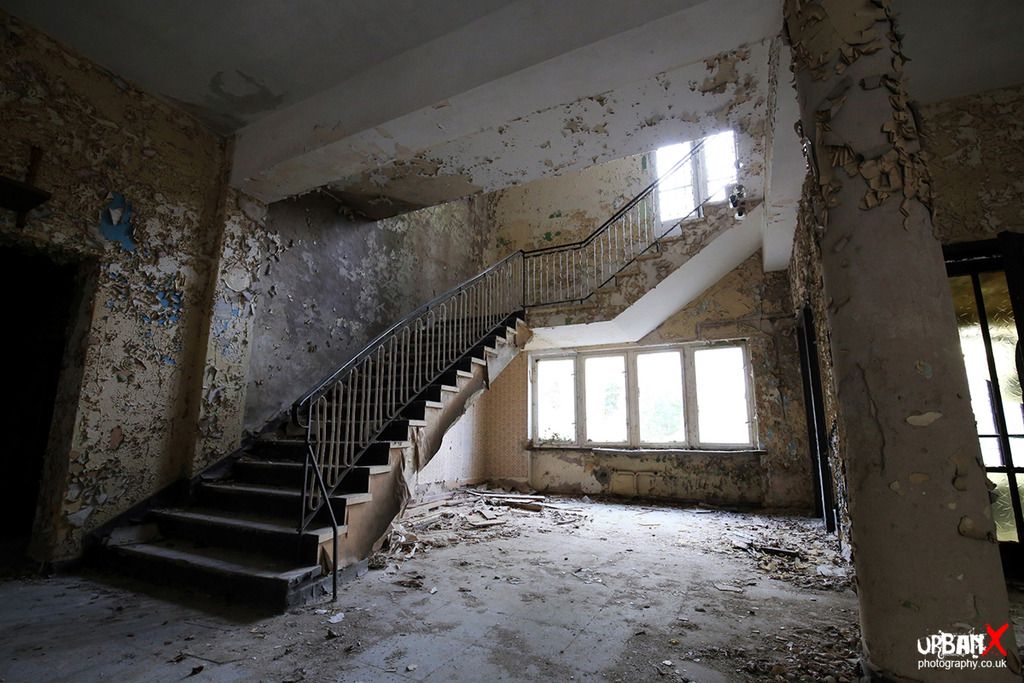 Wünsdorf-Zossen was already home to a motorized division of the Weimar Republic army in 1931, but the shit really hit the fan when the Nazis came to prominence in 1933. Hitler’s buddies didn’t waste any time and quickly expanded the area’s military capabilities, forming the first Panzer division of the German Wehrmacht (as the unified army, navy and air force would become in 1935) that same year. 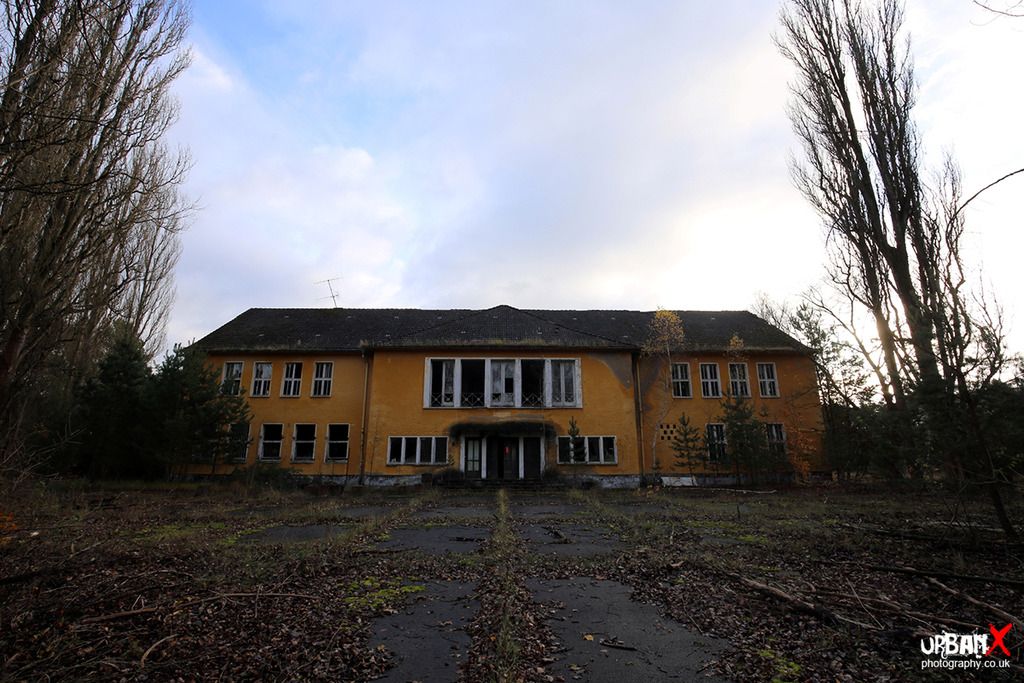 By 1935 they moved the Wehrmacht headquarters here, formed the third Panzer division, and re-established the army’s driving school in Wünsdorf. They also started with a load of building work in the forest to the north of the town to accommodate all the workers and employees. 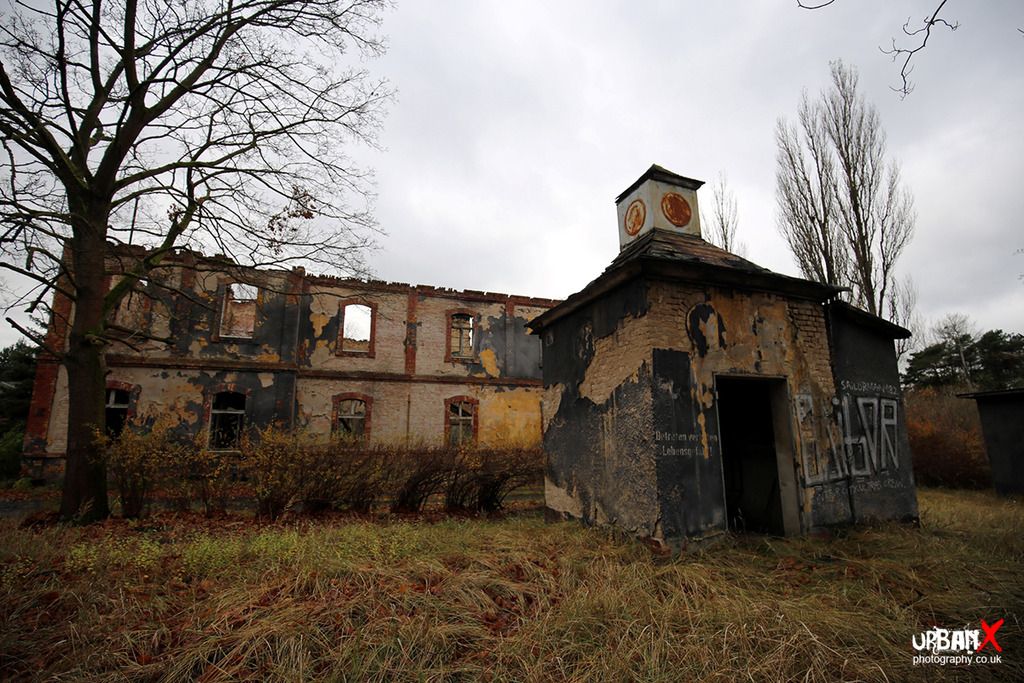 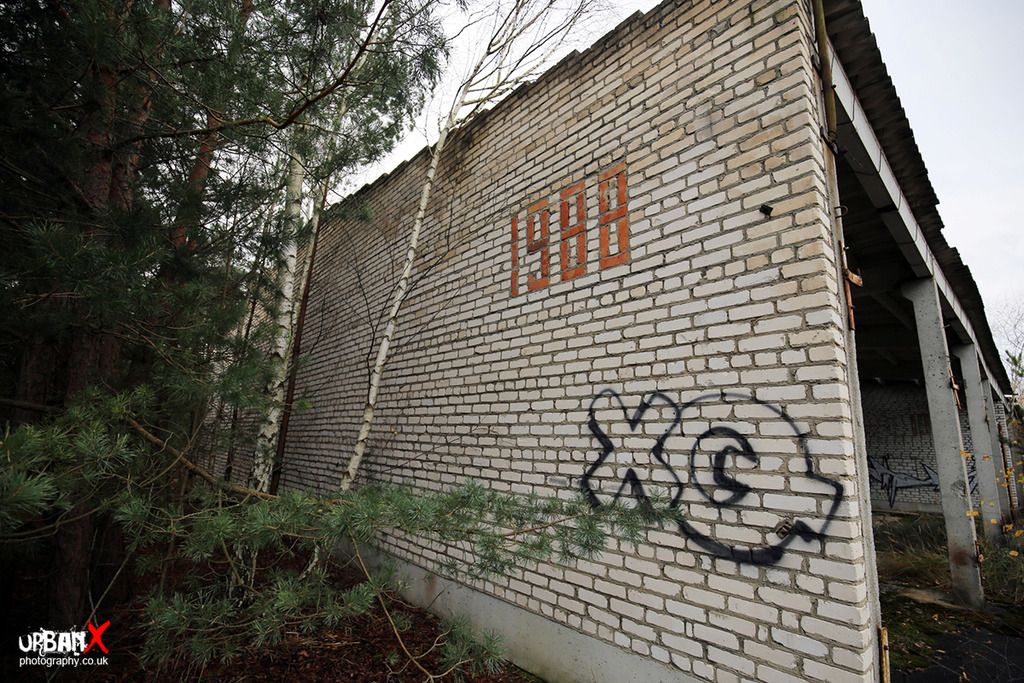 With the war in full swing, other important Germany army command offices were moved here in 1943 to get away from the pesky bombs falling elsewhere. Of course, the bombs fell on Wünsdorf too as the war was coming to an end. Nowhere was safe. The first bombing took place in 1945, with the third and apparently most serious attack on March 15, when 120 people were killed and a heap of houses destroyed. 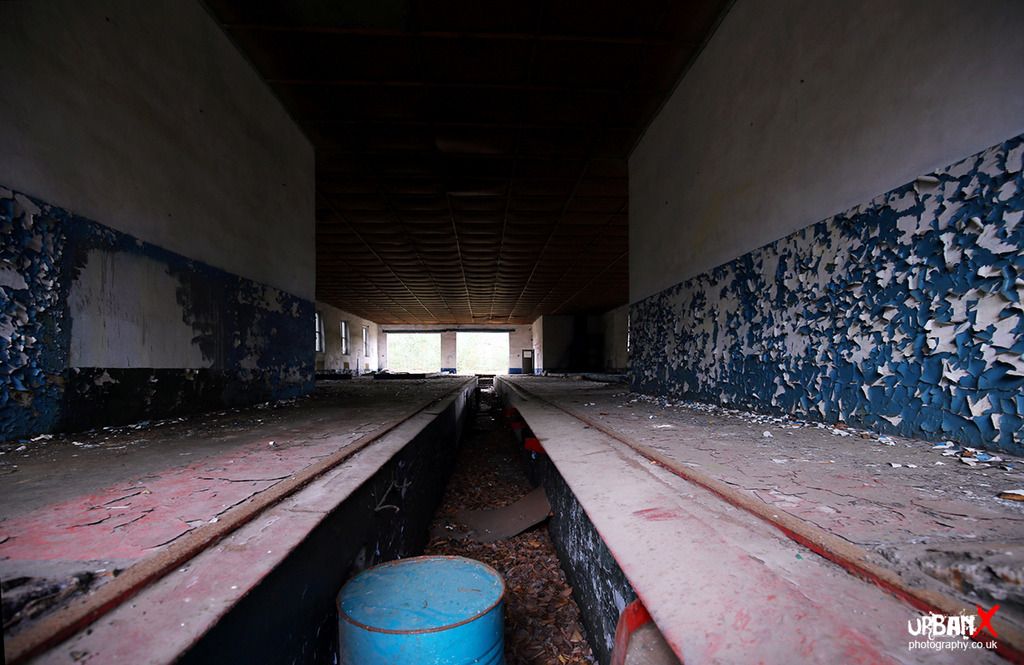 The Red Army arrived on April 20 (Hitlers Birthday) apparently taking the place without a fight. As the story goes, the only Germans left were the caretaker and four soldiers, three of whom surrendered immediately, while the fourth couldn’t “because he was dead drunk.” The phone rang and one of the Russians answered. It was a senior German officer. “Ivan is here,” said the soldier who picked up before telling yer man to go to hell. 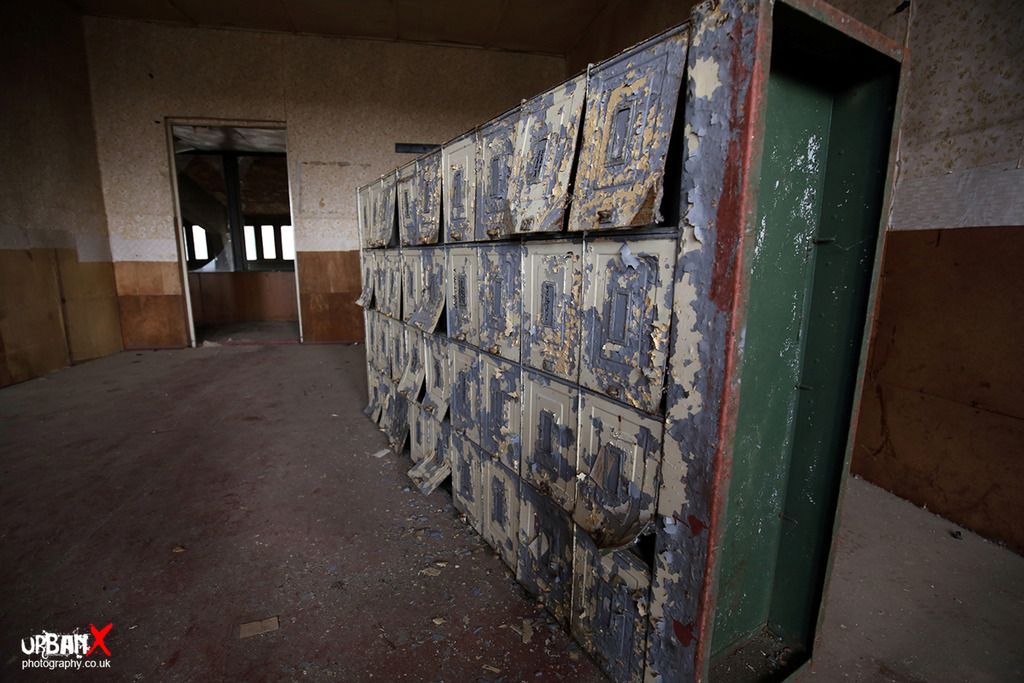 Soviet Marshal Georgy Zhukov’s leading staff made Wünsdorf-Zossen their headquarters, and evidently the Russians felt at home, for it became the High Command seat for the Group of Soviet Forces in Germany until they left in 1994.

Locals were booted out, the road was closed to traffic, and the area was restricted for Soviet use only. In March 1953, there were around 800 residents and 30,000 soldiers. 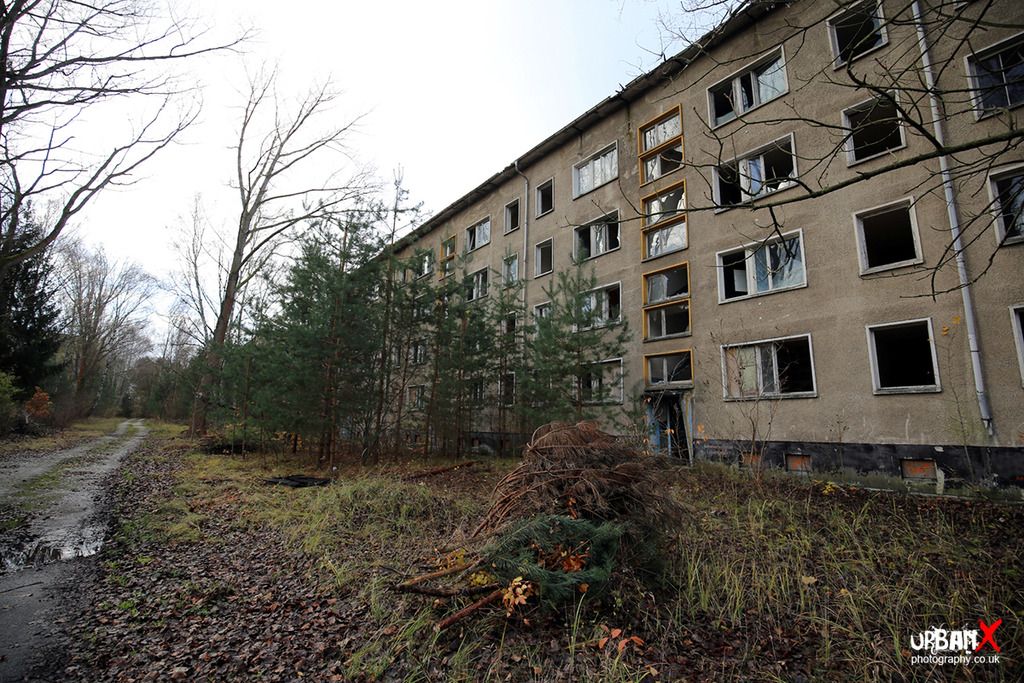 Accomodation – It definitely had a ‘Pripyat’ feel to it.


At times, ‘Little Moscow’ was home to as many as 75,000 Soviet men, women and children. The forest city had everything for their needs including schools, supermarkets and businesses. 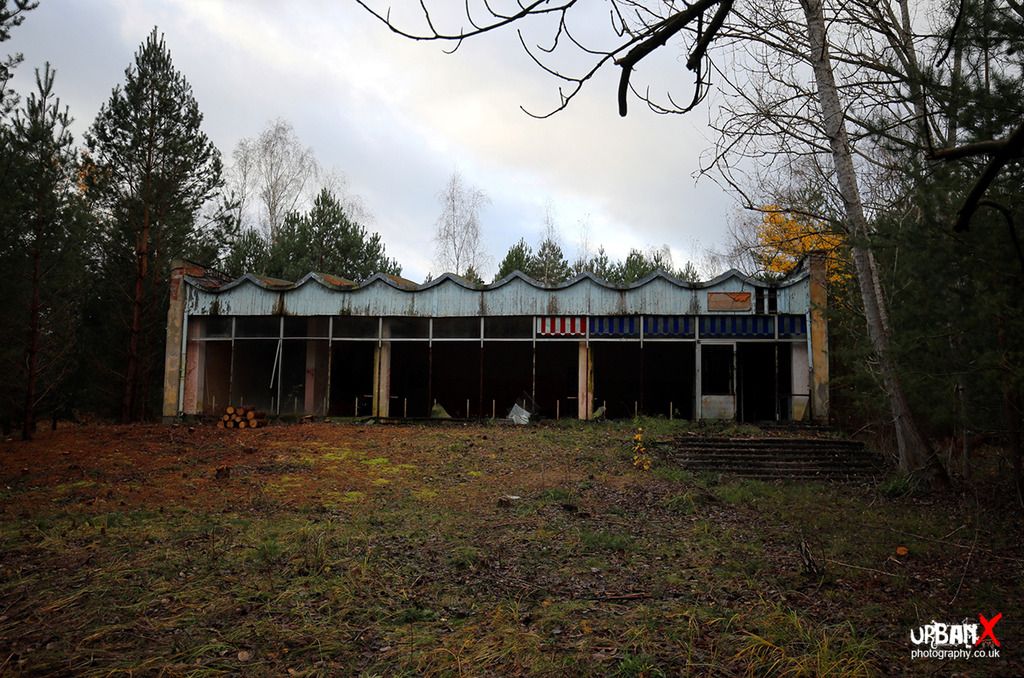 When they left on the last train to Moscow, the Russians left behind a 260-hectare area from which 98,300 rounds of ammunition, 47,000 pieces of ordnance, and 29.3 tons of munitions were disposed of, not to mention other bomb and weapon parts.
There was also the 45,000 cubic meters of rubbish, including chemicals, waste oil, old paint, tires, batteries and asbestos. Nice. 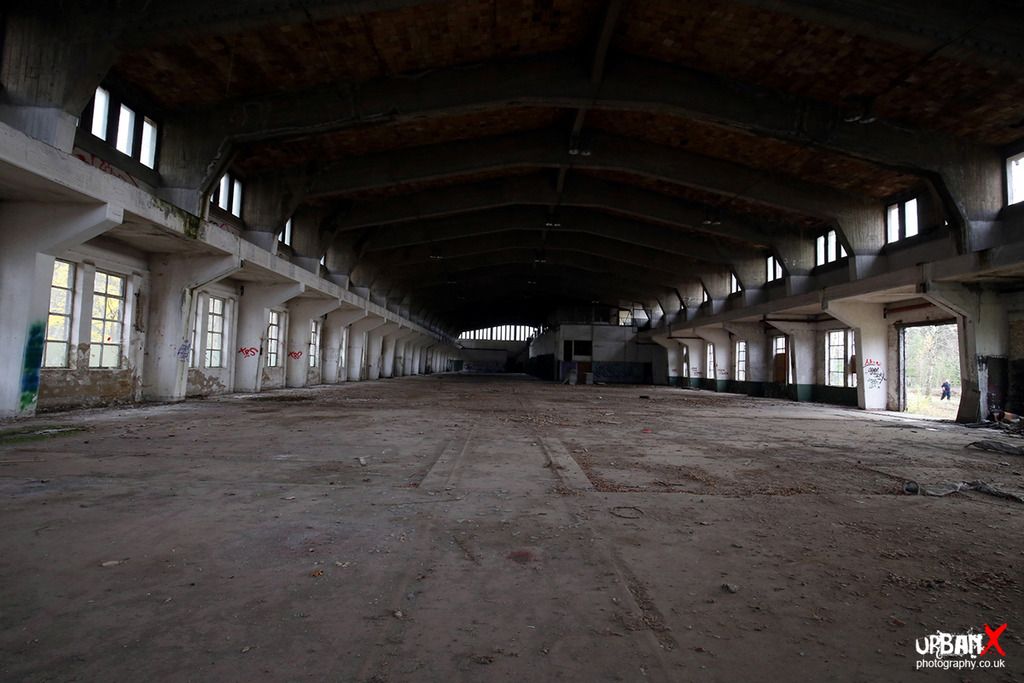 Some of the buildings have since been converted back into homes and occupied by families lured by affordable housing to the middle of a forest. There’s plenty of wildlife here too. We bumped into some deer which scared the crap out of us. Thanks for reading.

Really enjoyed that mate.yoir usual brilliant write up too.you are doing some interesting stuff at the min

Superb shots, thanks for sharing

A remarkable place with a remarkable history and dare I say remarkably well documented,Thanks.

For some reason all the images appear to have disappeared :-(

Thanks for all of your kind comments everyone! Thank YOU for reading!


HughieD said:
For some reason all the images appear to have disappeared :-(
Click to expand...

I'd love to see the pics! Thanks

Camille said:
I'd love to see the pics! Thanks

Oh wow! Excellent report. This was definitely my favourite place from our trip.
You’ll have to add your ‘light switch fetish’ video, lol.

Amazing a town could just be left like that to rot

Good selection bud. It's an interesting site, could have spent much longer here on my last visit but for the heat. (It was a cool 30+). Has much of it been redeveloped?

Scattergun said:
Good selection bud. It's an interesting site, could have spent much longer here on my last visit but for the heat. (It was a cool 30+). Has much of it been redeveloped?
Click to expand...

Cheers dude!
No not at all, I was there last month and there's no signs of life at all.
The Officers side of the site is up for sale, but it has been for years with no interest