Dachau, Bergen-Belsen, Groß-Rosen, Auschwitz, they are the names of places that have passed into the history of the twentieth century, dark things have happened there, things that give you nightmares if you try to get your head around them.
School children visit these places on compulsory outings, I remember crying after my Volksschul´s trip to Dachau way back in 1974. Since then I have visited other, far more sinister places, not just from a kind of morbid curiousity, but also from trying to understand the "why?" It is not a question of being a ghoul, reveling in the pain of others but I think that these places deserve to be visited, must be visited, we must somehow get the images of barely living skeletons into our racial memory, they, the dead and dying on those grainy pictures must never be forgotten, for then they will truly die and their suffering would have been in vain.
Why? The saddest question we can ask.

I took a autumn-y ride to Osterrode, in the Harz region of Germany because why not? Especially as the weather had promised blue sky for the weekend so I took it as a sign from above to ride the 700 Kilometers on the bike, the temperature is still in double digits and I had gotten the winter protection out, Slammer is a ATGATT rider, there is no other way to ride. I arrived at the hotel and the guy behind the desk asked the one question that has me shaking my head in wonderment at the human race when confronted by a guy wearing biker rags "have you come on a motorbike?" I just wish that I had rememberd the quote:

Ivor Cutler used to love it when people said to him "have you come on your bike?"
He'd smirk and reply, "no, not today..."

I visited another place with a sad history: Mittlelbau Dora, near the town of Nordhausen. Just on the wrong side of the former German-German border nested in the beautiful Harz mounain range. It is a town that even now, twenty-odd years on since the wall fell is still dying a slow and very painful post-socialist death. I parked the bike on the forecorse of the railway station, only a handful of people stood and waited, maybe not for trains, maybe they waited for the flowering landscapes, those that had been promised by big politics, grey people with empty eyes, two of them rummaging through the waste bins for empty beer bottles, they bring 20 cents deposit each. 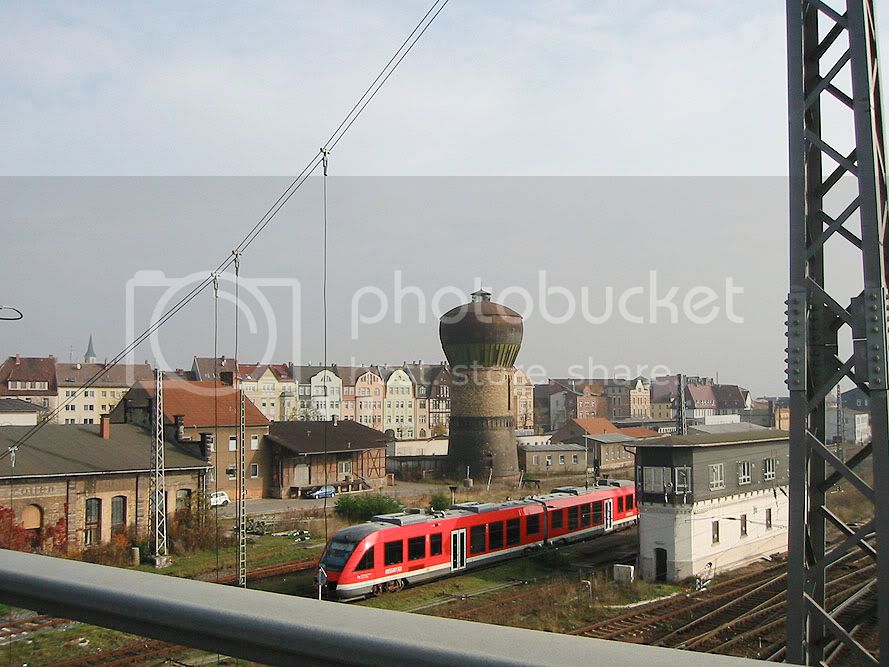 A very drunk man was using a bus shelter to relive himself, he was lurching back an forth, cursing somebody seen only to him, I got the newspaper I wanted and hurried back to the bike before somebody else thought a BMW makes for a good urinal. I fired the bike up and blew Dodge following the reddish brown signposts showing the way to "Mittelbau Dora." Just on the outskirts of the the town.
Dora was at onetime just a innocent mine.
It is said that Auschwitz was called "hot hell," Dora was known as "cold hell" people died so fast in the tunnels that the surrounding concentration camps could not supply enough replacements. 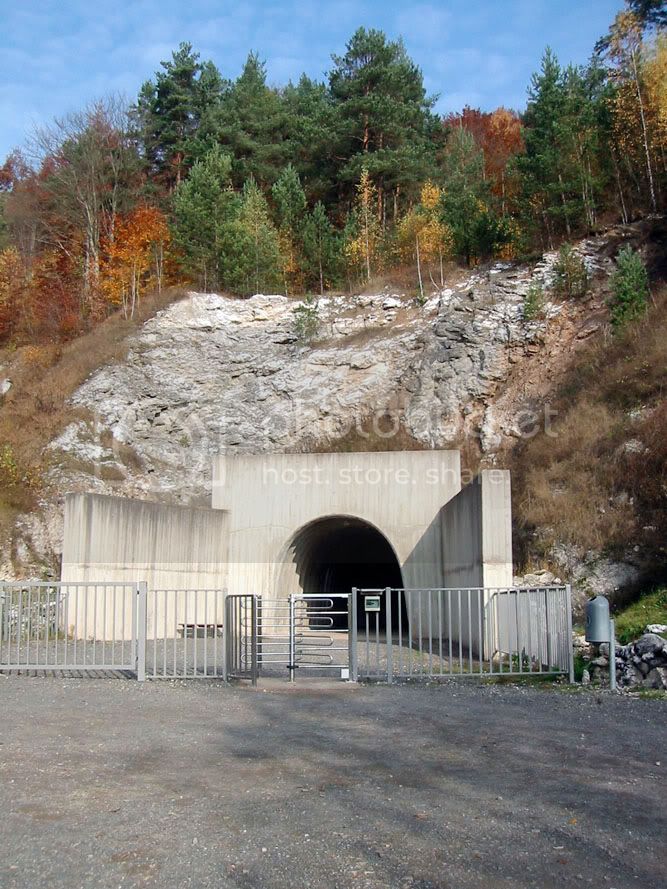 The way in, once blown up by the Sowiets, re opened only recently. 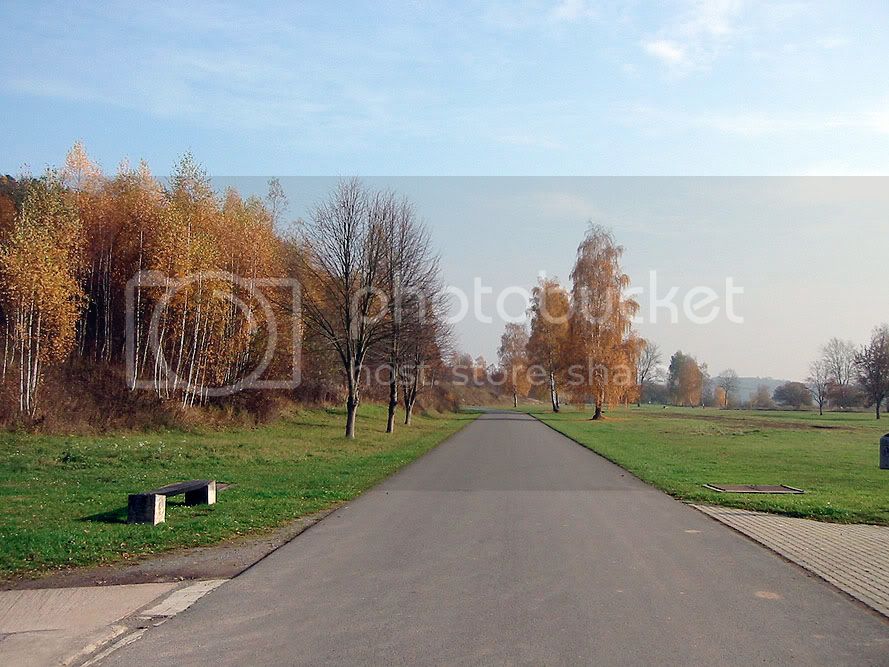 A landscape now at peace with its self. 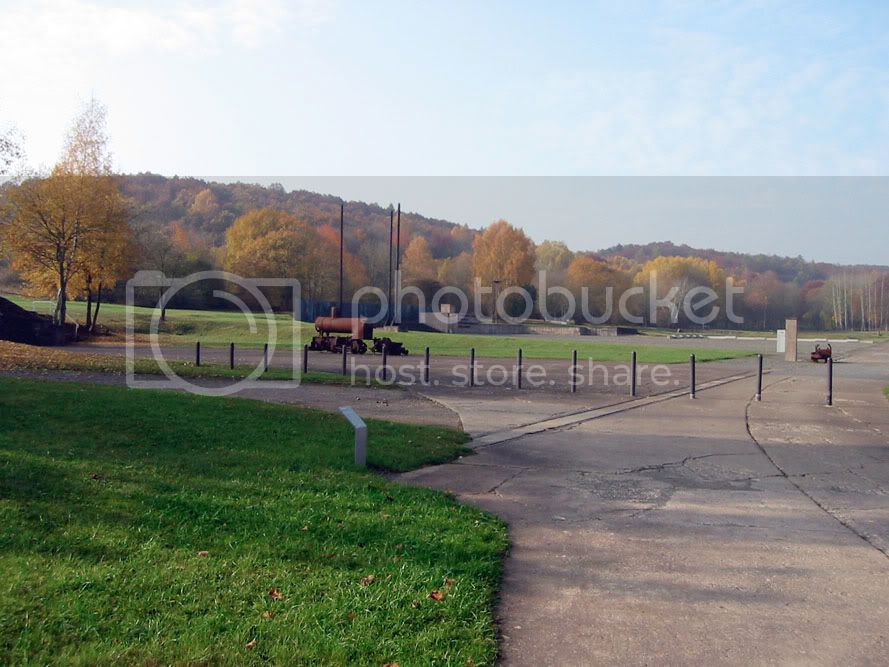 We know what was built in the caverns, high tec of the time, hundreds of Aggregat 4 rockets, mankinds first spacecraft, robotic planes, mass produced aircraft frames and uncountable spare parts to keep a wold at war.
Fantastic machines but built at a price far too high.
I joined a group on it´s way to the tunnels under the leadership of a tour guide, listened to the stories, trivia and bon-mots, stories of suffering, of capo´s ratting out their own to save themselves, camp brothels and cinemas and shops for the privileged. 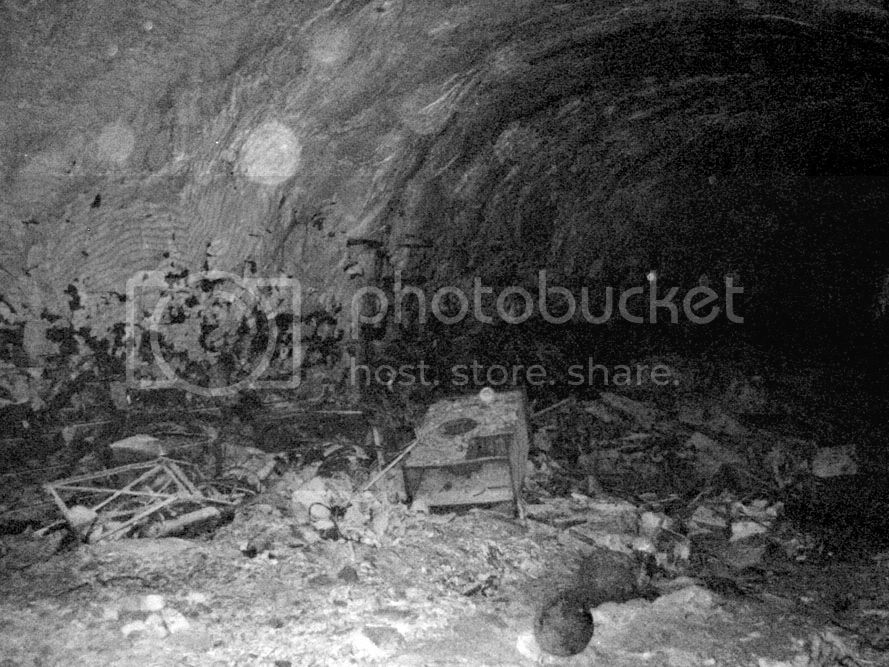 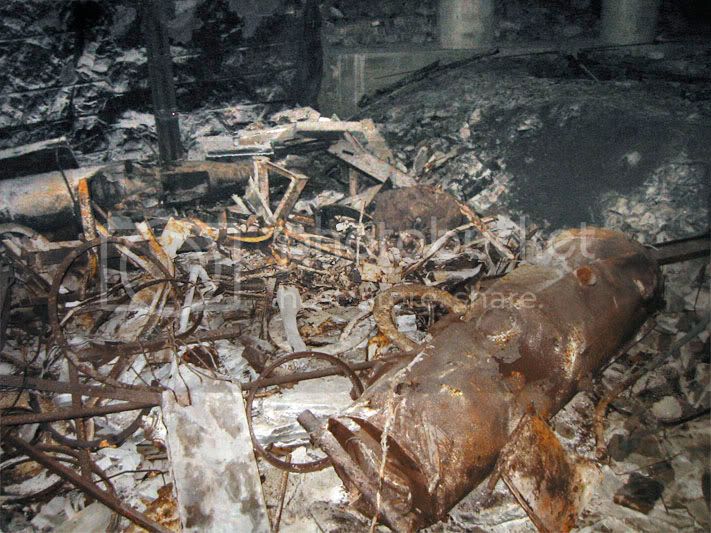 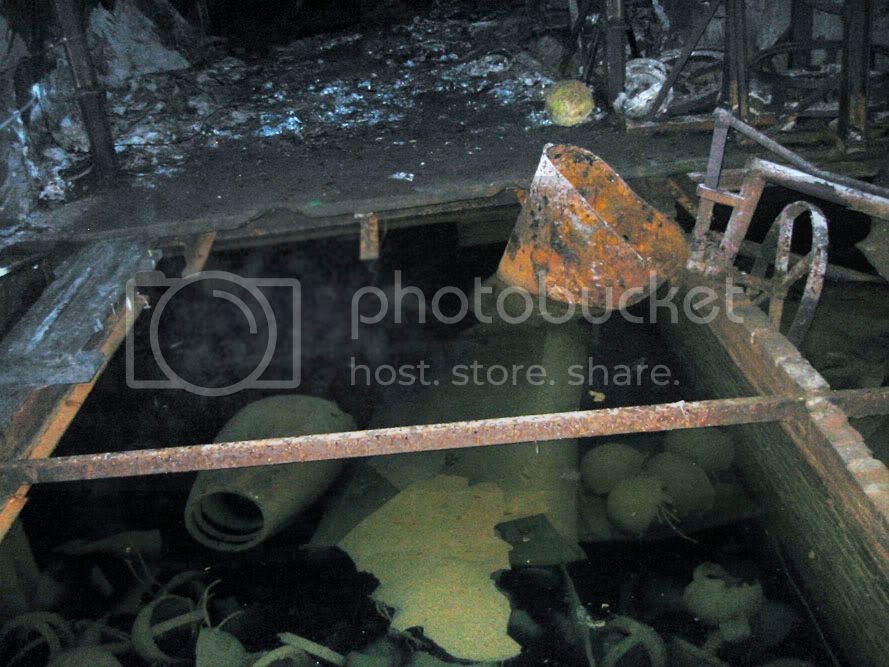 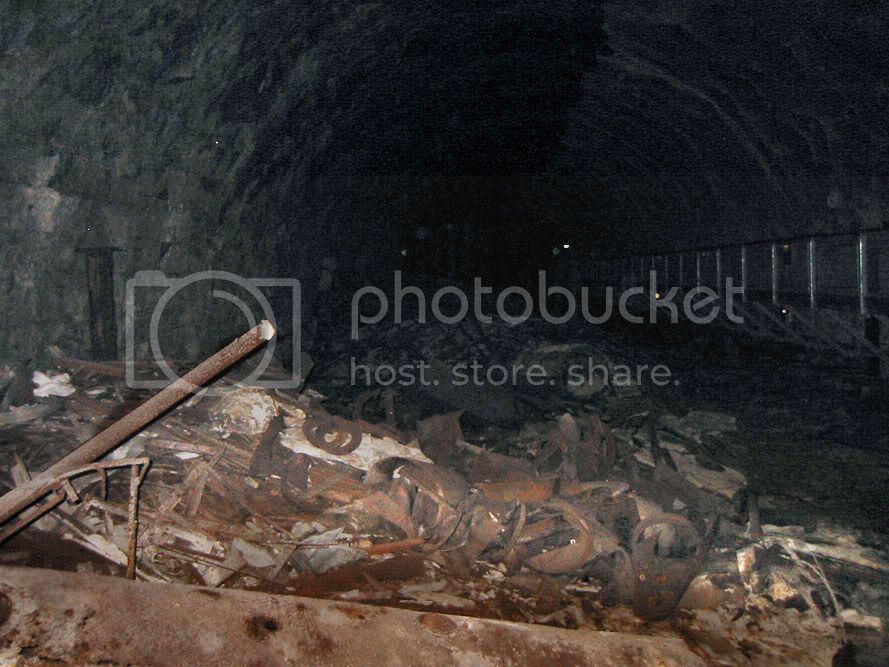 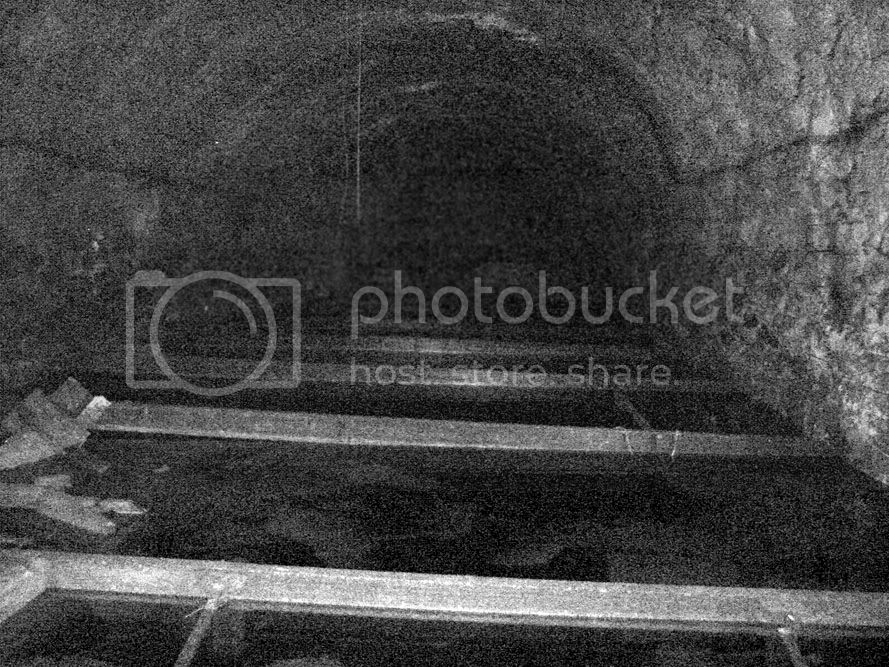 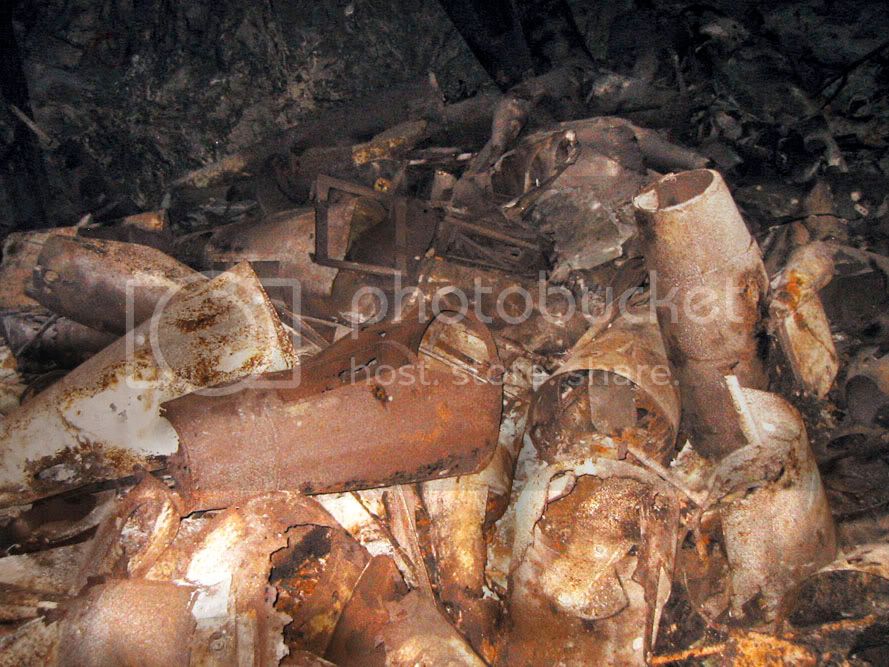 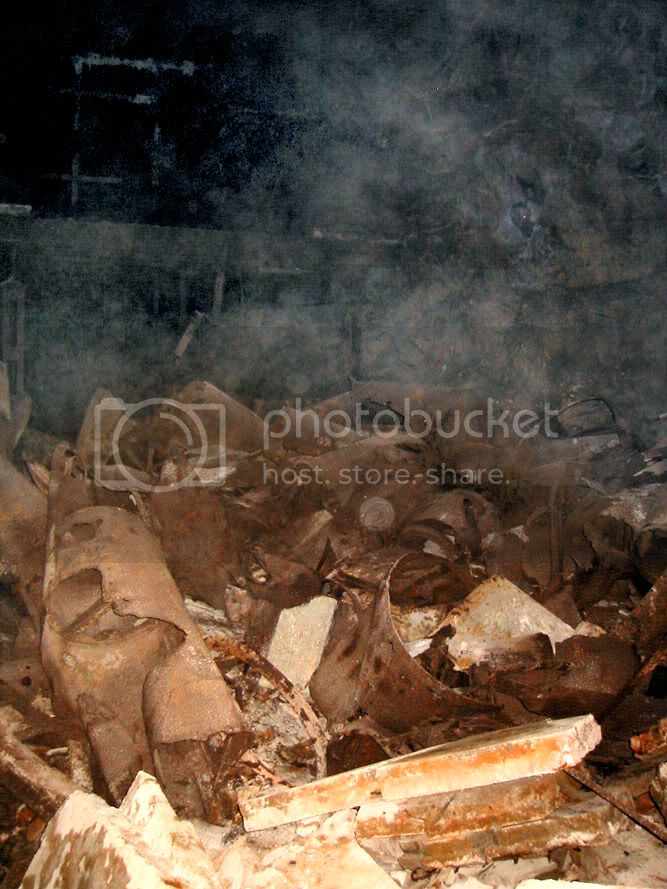 Bäh! Anyone interested can read the wikipedia short version, I am just to tired and sickened to repeat the tales. What I can tell you though is that Herr Albert Speer and Herr Doctor Freiherr Werner von Braun and the other the so-called "noble Nazi´s should have been on a bench at Nürenburg, Man might have walked on the moon a bit later but at least them two would not have gotten away scott free.
There was a very modern inviting museum on the grounds but I gave a miss, all these camp museums show the same kind of things and I had had enough for one day.
I carried on up the road to Halberstadt turning left to Goslar crossing the old border under the shadow of the haunted Brocken mountain, Germany´s version of Pendle hill.

Witches mountain, can you see my ex mother in law? Incoming at two o´clock


On a clearing at the old borderpost somebody had gotten hold of a DDR army issue field kitchen and was selling a thick yummy peasoup at 3.99 € a bowl.
I looked around and took a deep breath, the air smelled of rotting wood and fungus.
The Harz is a deciduous forest, filled with Oak, Chestnut and Birch trees, full of gumdrop hills, deep clefts and valleys in a granite landscape, lakes filled with very clear and almost black water, very deep,very cold it is a very dark forbidding place, easy to see how a lot of our Legends and fairy tales began, especially now in Autumn when the leaves burn in yellow and red.

I saw a white speckled toadstool, something straight out of a Brothers Grimm tale.
I sat down on a fallen tree and sipped my hot peasoup, another two hours run back to the hotel.
Gingerly I made my way along narrow winding roads, wet leaves and slick black bitumen on the road made it a demanding run. Very interesting report I,m sure I could smell the trees!!

Interesting to see a military landscape park, like the equivalent of the industrial parks at Phoenix West, Landschaftpark Duisburg or Zollverein: it seems like a much better way to present history than we typically see in Britain.