Stumbling across a news article about this Allen Williams Turret that had recently been listed alongside a busy duel carriageway, with the bonus of being local gave the perfect opportunity to get out for fresh air.

Of course, there is not much to see but if you’re into the history of these gun turrets, you will already know how rare they are with very few surviving examples left in exitance. This one being one of the best condition I have seen.

Pillbox formed by a metal turret, which could be rotated through a full 360 degrees, set above a steel and brick-lined pit. It was designed for a machine gun to be fired either through the front loophole which was further protected by shutters, or through the circular opening in the roof in a light anti-aircraft role. According to the manufacturer, it was suitable for Vickers, Bren, Hotchkiss or Lewis machine guns in either a ground defence or anti-aircraft role, or a Boys anti-tank rifle or rifle grenade for ground defence. Weapon change requires selection of appropriate bracket. The army did not favour the design – most were installed at airfields.

The turret was designed by A.H. Williams in conjunction with Colonel V.T.R. Ford and Lieutenant Williamson. Williams was the Managing Director of Rustproof Metal Windows Company in Saltney, Chester where the turrets were produced. The company had been engaged in war work since 1939, mainly manufacturing ammunition boxes for the Admiralty using a patented galvanising process.

The turret had a garrison of two men or, if necessary three men, for whom there were folding seats inside. One man could rotate the cupola, which was on roller bearings and required 15 lb of force to move it.

According to the manufacturer, four men could dig the position out and erect the turret ready for firing in two hours and remove it completely in 30 minutes. Cost about £125.

Nearly 200 Allan Williams Turrets were made and installed, but salvaging of the metal after the war means that only 33 remain.
Click to expand... 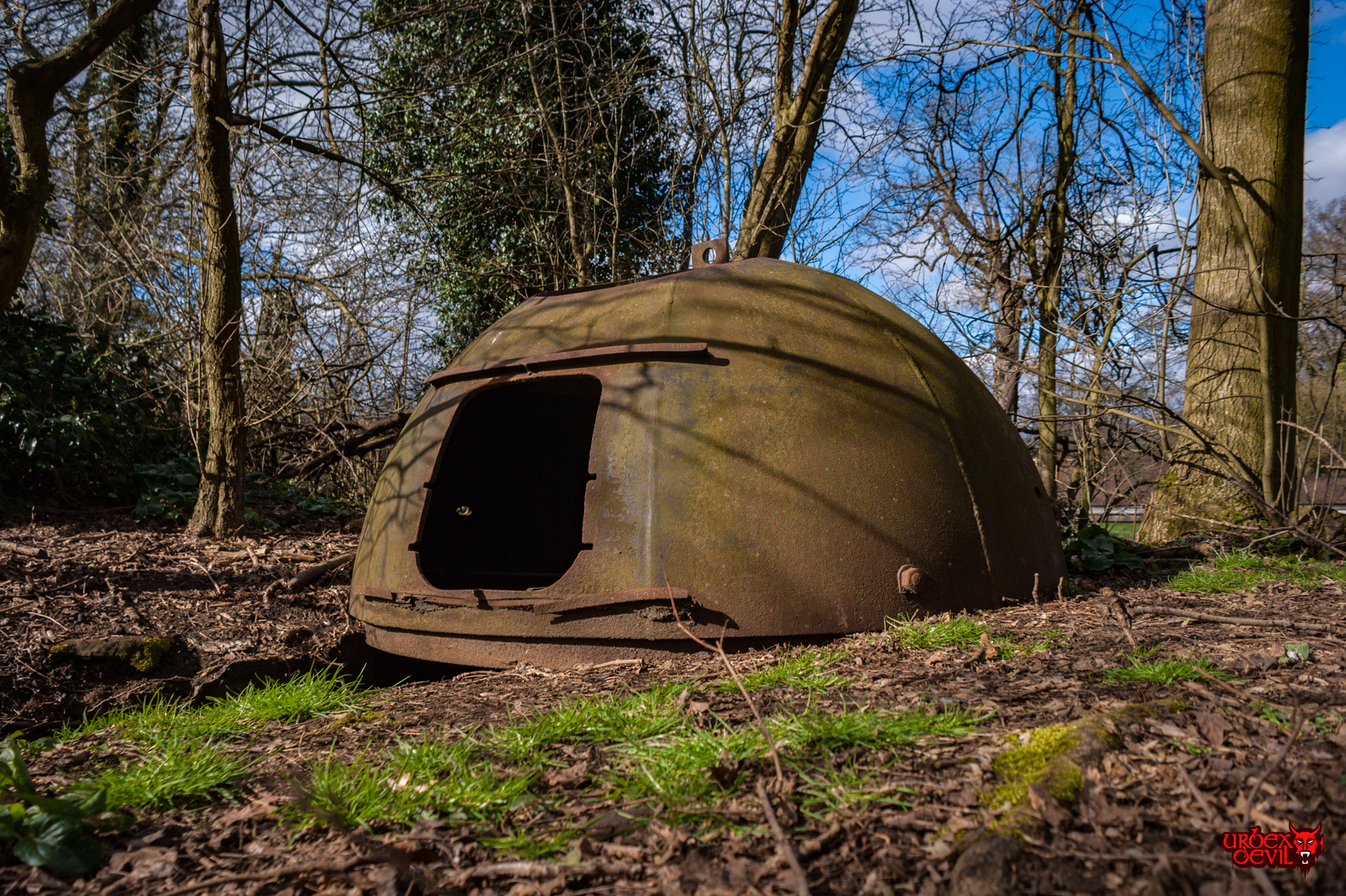 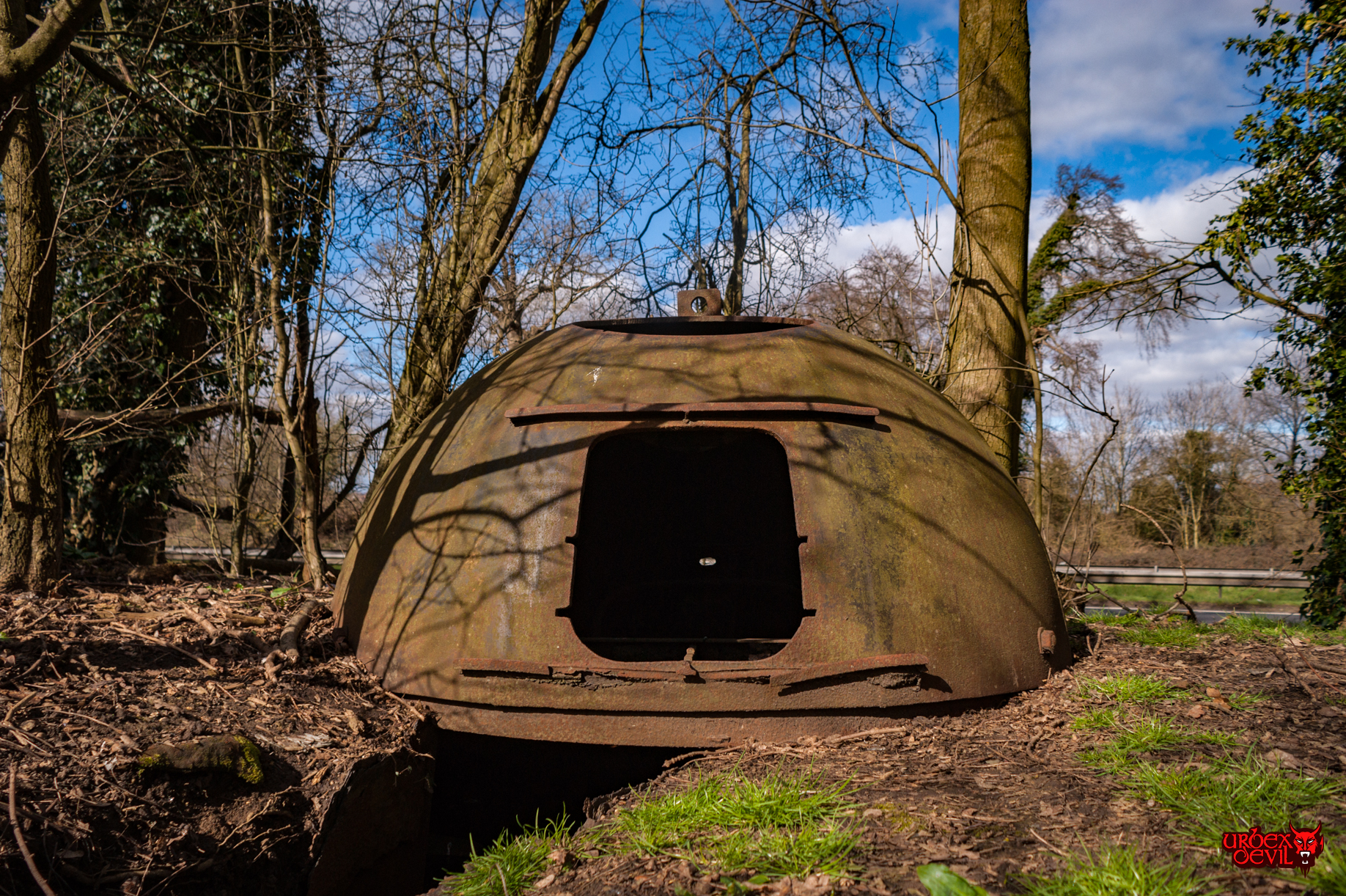 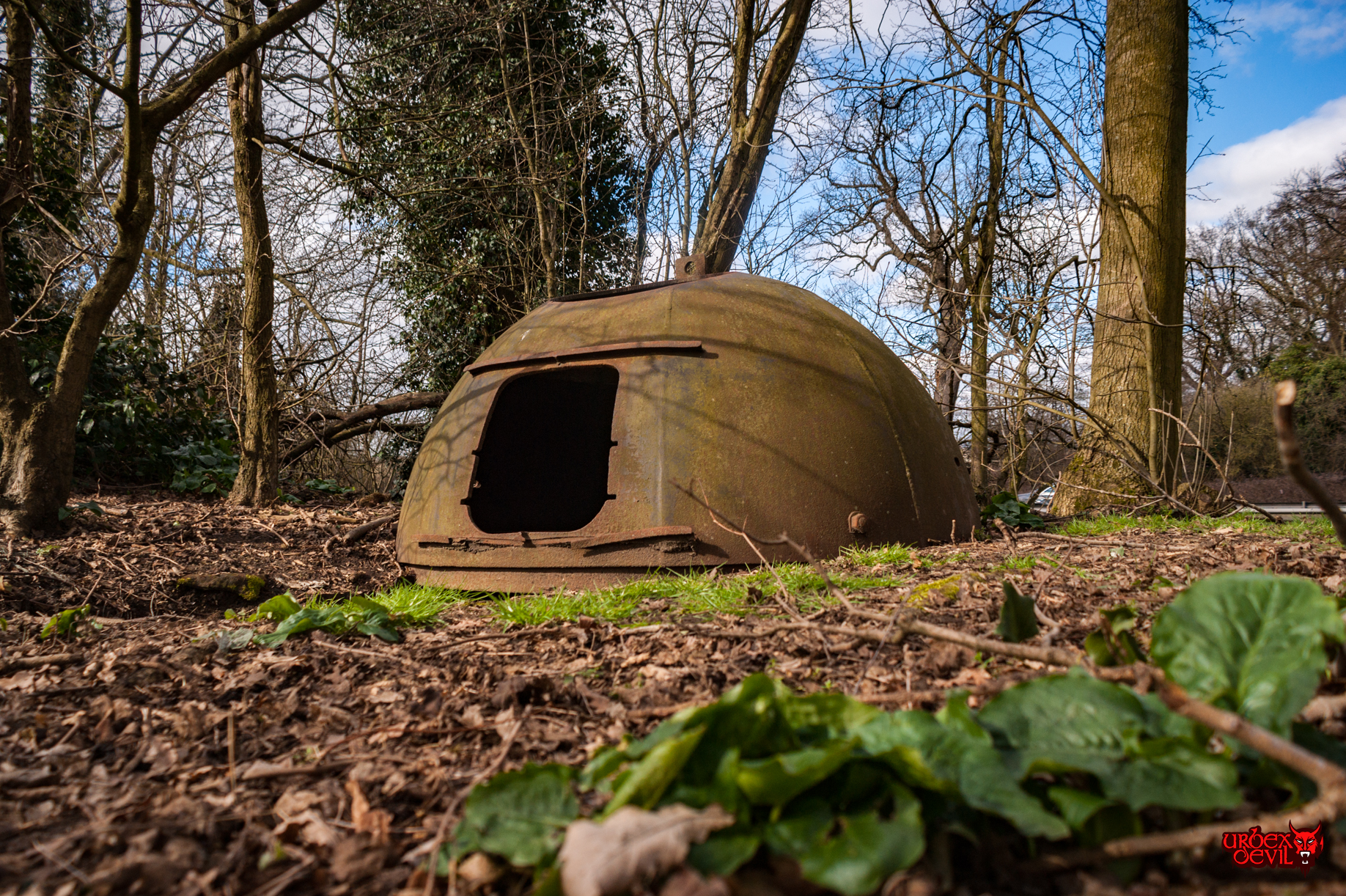 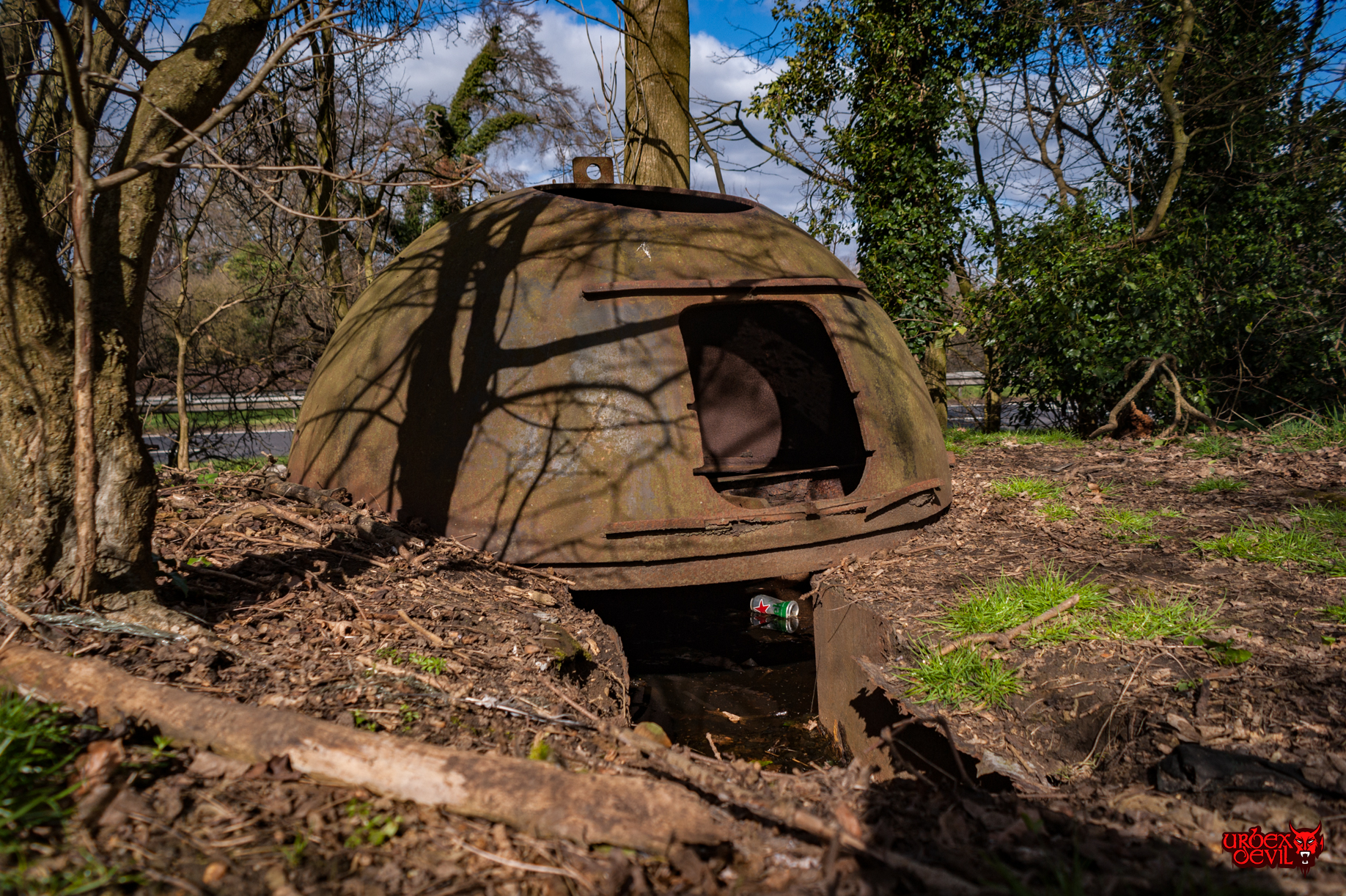 I think I have seen photos of this one before. Best turret I have seen was at Built Wells War memorial which was restored and placed there along with one at Duxford Museum. The one you show is in position with the trench something very rare indeed.
P

Noticed this in a park in Tirana, Albania. On Show & preserved 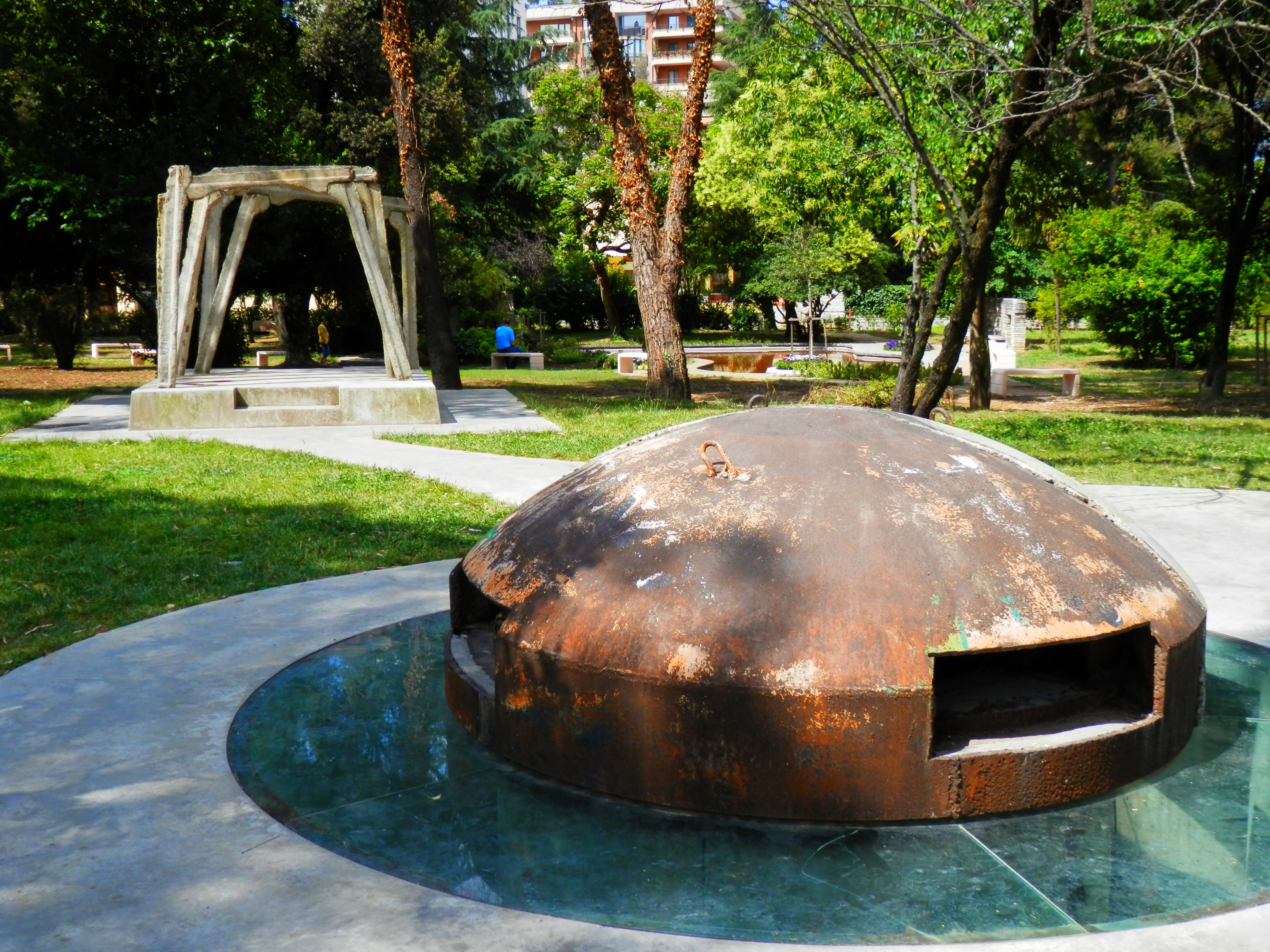 Come on! What are you playing at? Why no internals?

HughieD said:
Come on! What are you playing at? Why no internals?

For myself, that was all that I could see. There are about 500,000 assorted Pill Boxes/Shelters in Albania, this preserved one just happened to look like the Allen Williams turret at ??

PhilW said:
For myself, that was all that I could see. There are about 500,000 assorted Pill Boxes/Shelters in Albania, this preserved one just happened to look like the Allen Williams turret at ??
Click to expand...

OK with it. There is also a massive bunker in Tirana which was built for Enver Hoxha, their dictator. It is very interesting but as a preserved tourist attraction, is outside the remit of this site.

.
You must log in or register to reply here.