The Midland Railway opened a strategically significant connecting line between Cudworth and Stairfoot in September 1899, with the intention of benefiting coal trade. Despite being only 2½ miles long, it was heavily engineered incorporated two substantial viaducts - one of which had 20 spans - as well as bridges over two railways, two roads and a canal. Contracted to build it was Messrs Walter Scott & Co of Newcastle.

Ardsley Tunnel was another important feature, sitting at the branch's midpoint and penetrating a spur of land on the south side of the Dearne valley. Curving to the east throughout on a radius of 40 chains, it is 225 yards in length and falls to the north on a gradient of 1:100.

The north portal is built in engineering brick, comprising short, triangular wing walls and masonry copings. Many of these have been pushed onto the solum following closure. The face of the lining presents six brick rings together with a rounded string course. Together with its shallow approach cutting, the south portal has been buried but this was also brick-built, incorporating a straight headwall.

Inside, individual lengths of lining have been displaced by ground movement, creating a stepped effect at the butt joints. Close to the north end, an ugly concrete patch repair has been attempted at the crown. Refuges are incorporated in both sidewalls and an invert appears to have been provided.

The branch was closed on 7th September 1964 but the northern section reopened following the construction of a connecting chord to the former Hull & Barnsley line. This established an alternative route to Stairfoot, bypassing the tunnel, from July 1967
Sorry the photos arnt the best still learning to photograph in tunnels 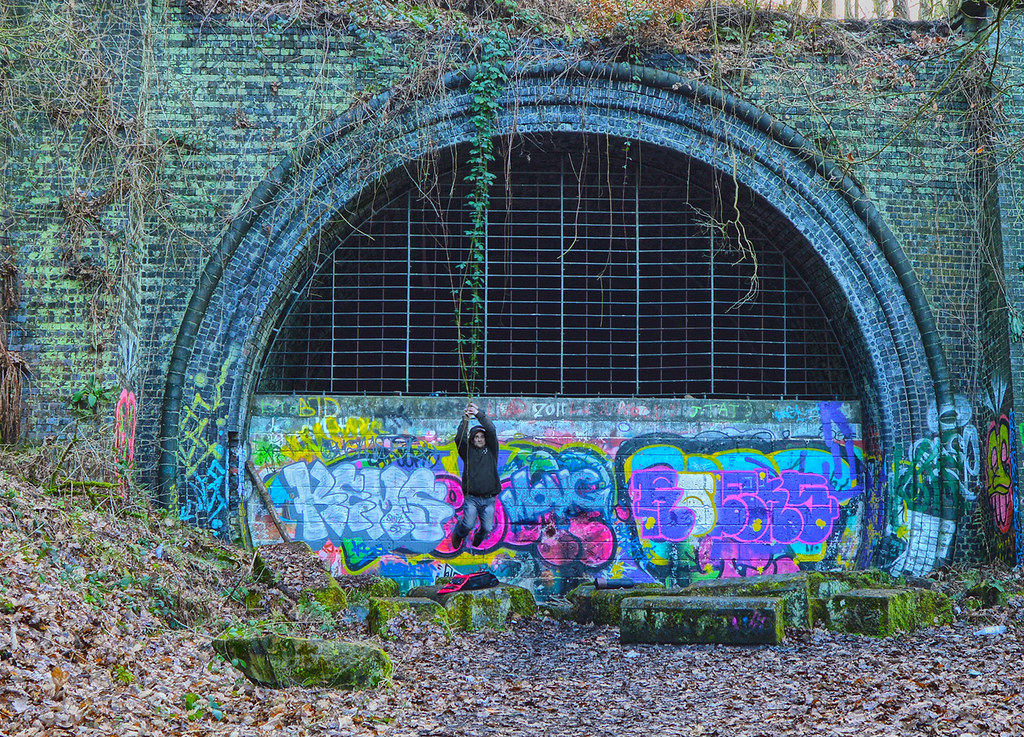 Looking Back Bit Further On 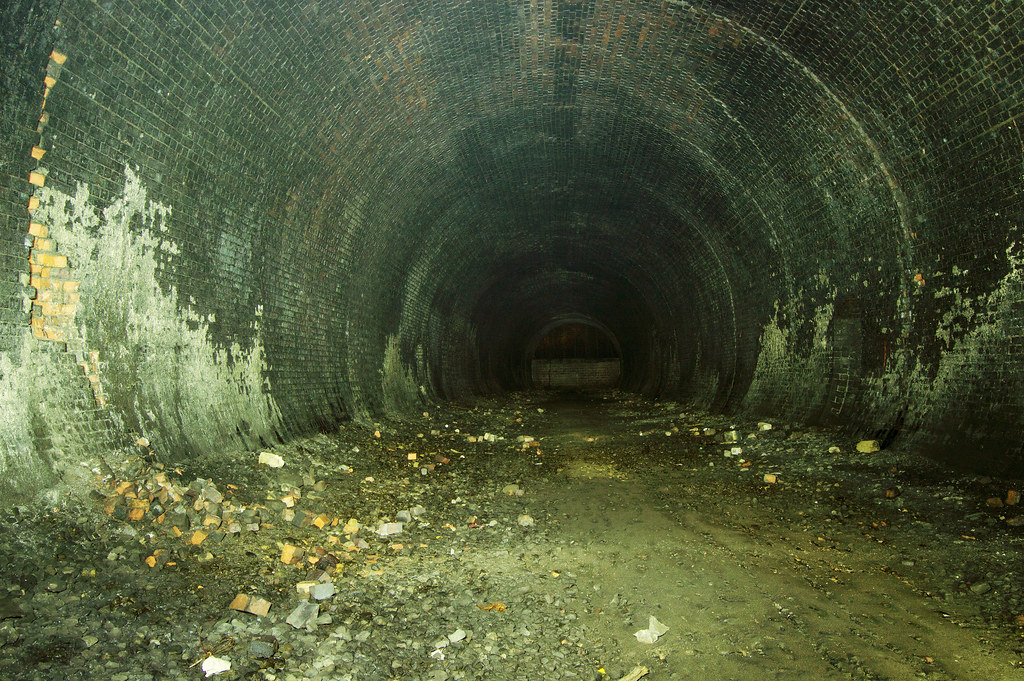 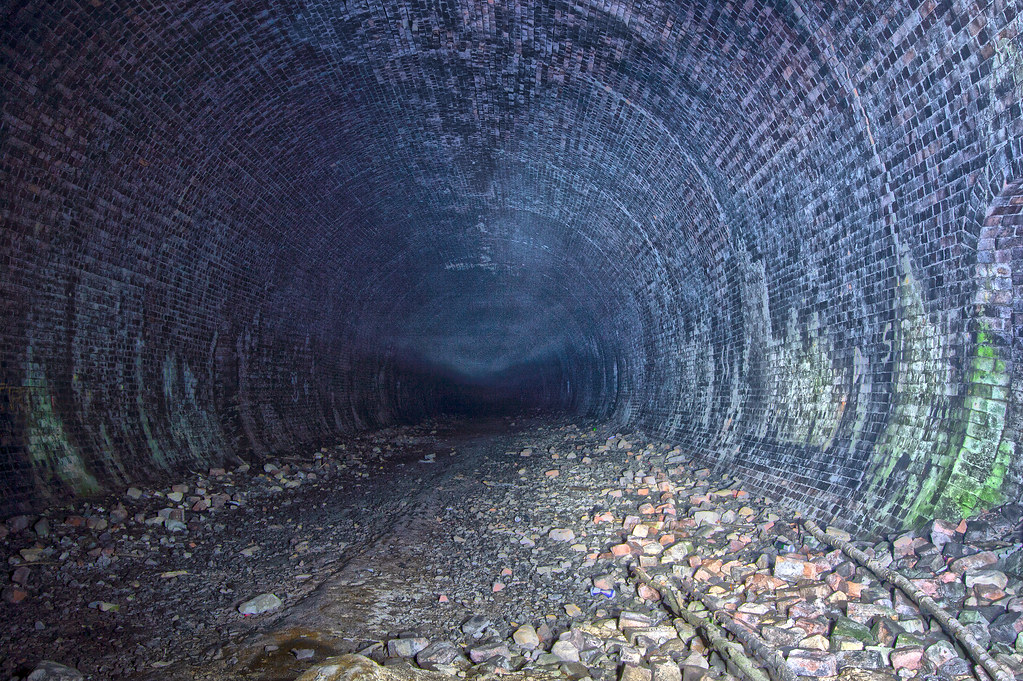 i liked that!
Good work
You must log in or register to reply here.