This building was erected in 1881 and was initially called St John's Weleyan Methodist Church. The building cost £7000 and was paid for out of 'selfless giving by rich and poor alike'. Within three weeks of the new church opening, weekly offerings were at £600 a week when £1 a week was a good wage for a working man.In 1965 Western Street moved to share the building and it became Crookes Valley Methodist Church. In the last 10 years the church has suffered a loss of financial income from tenants moving out and was nearly sold . Then the church council believed the building should be used for God's purpose as it was originally planned 100 years before.
To the best of my knowledge the church closed in 2003 and is now going to rack & ruin. 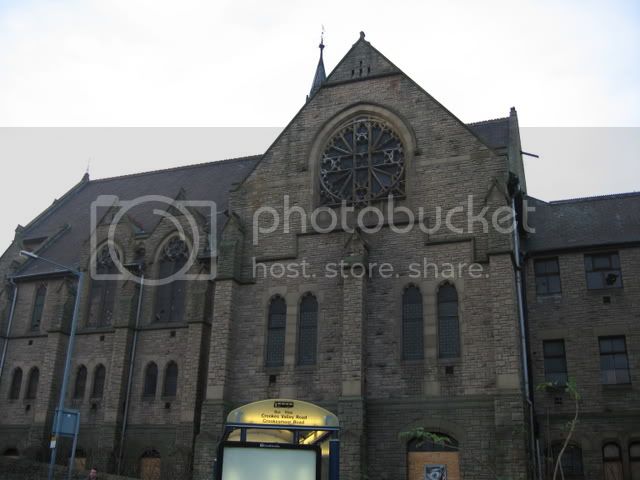 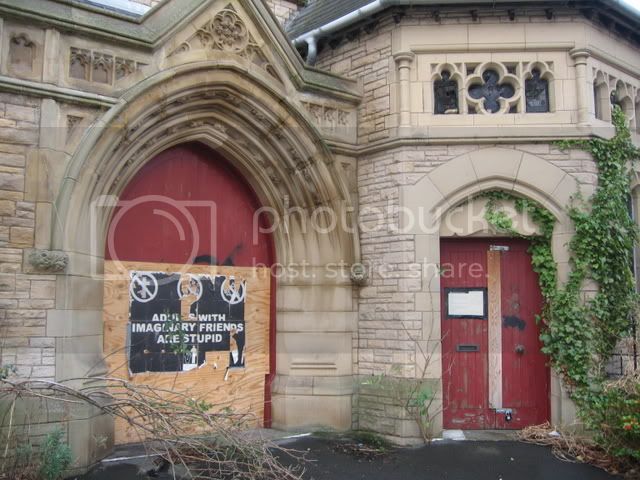 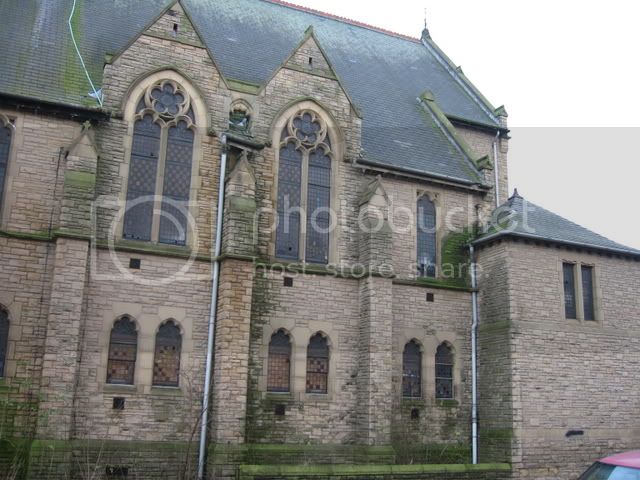 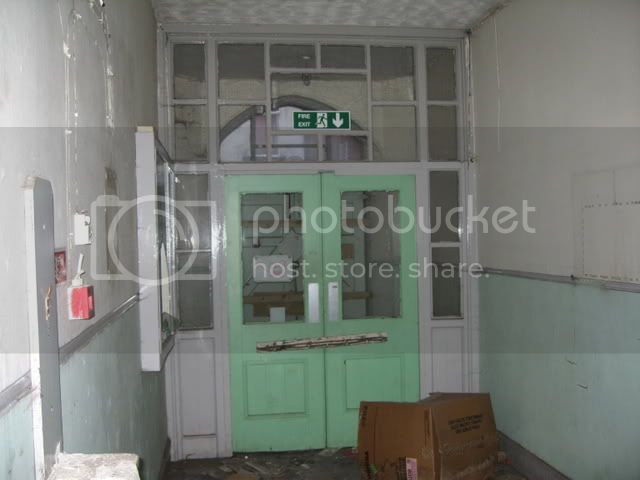 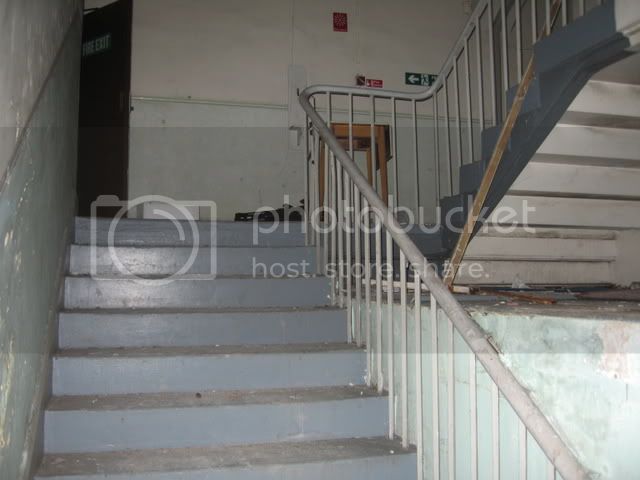 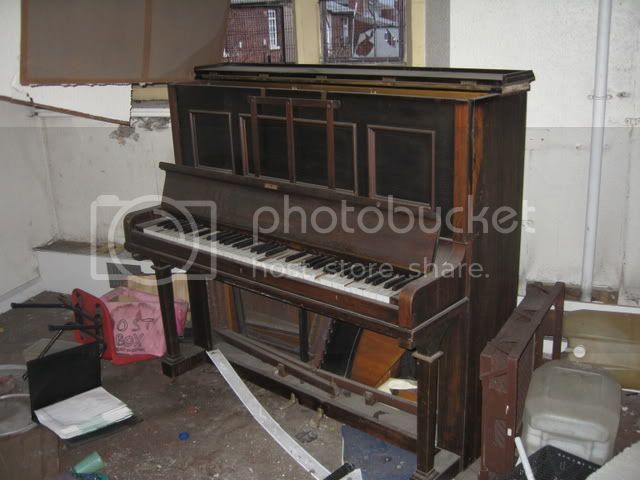 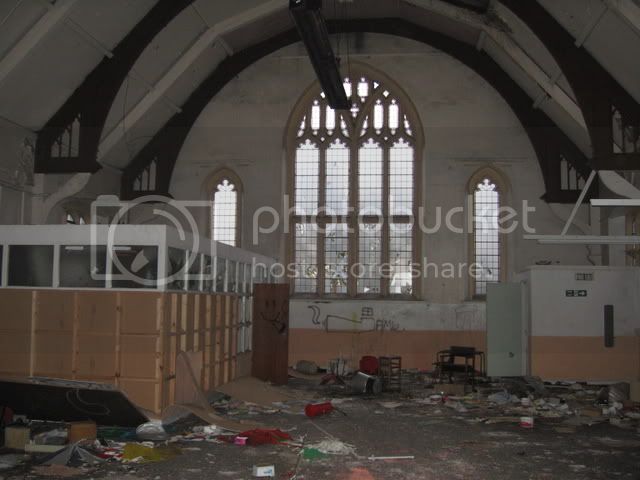 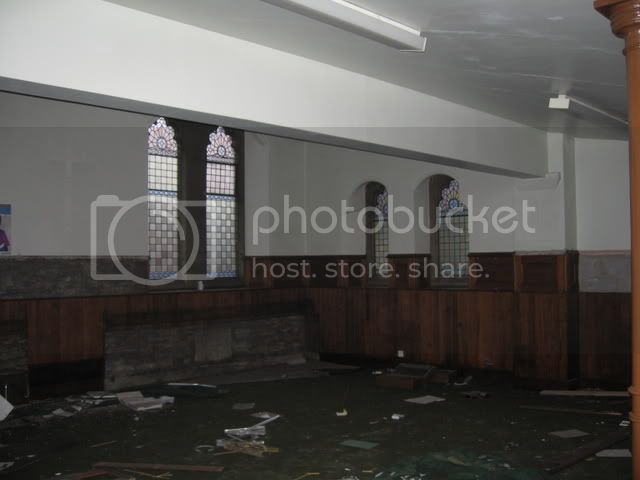 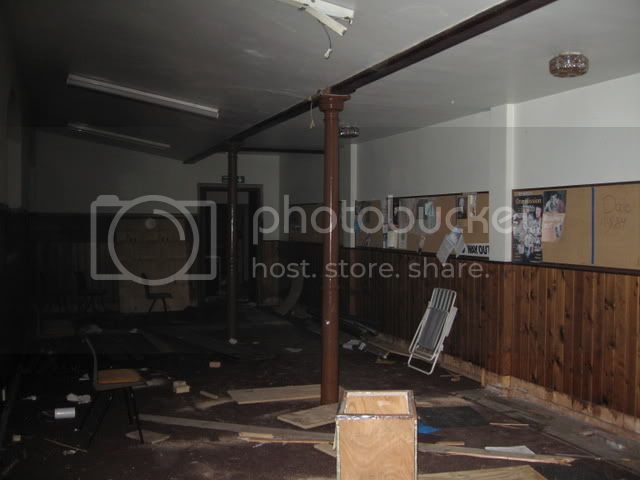 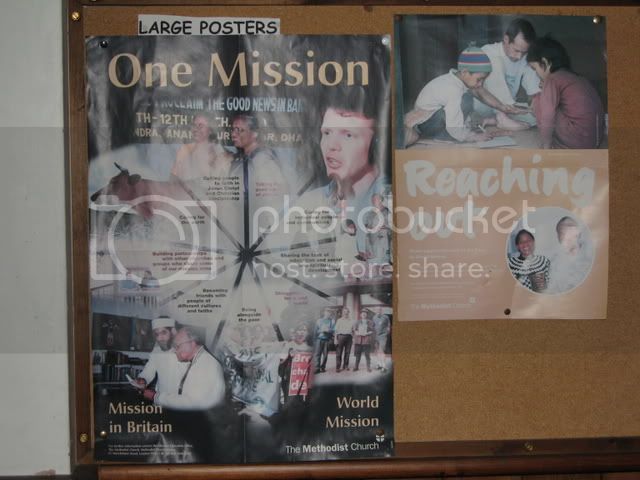 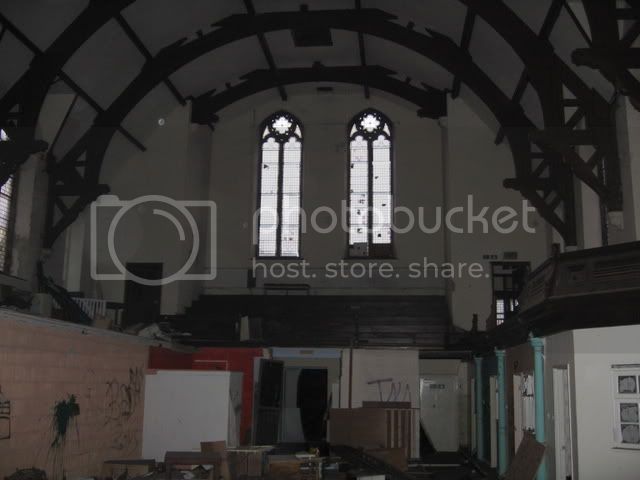 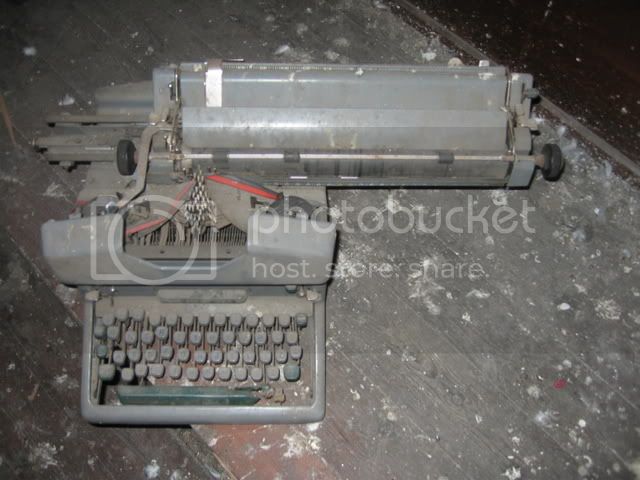 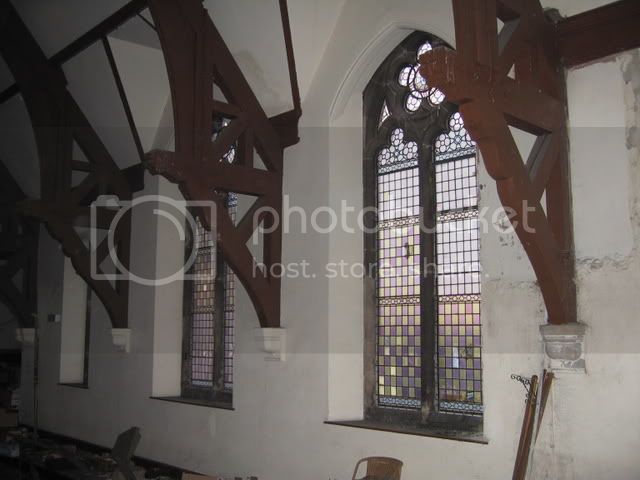 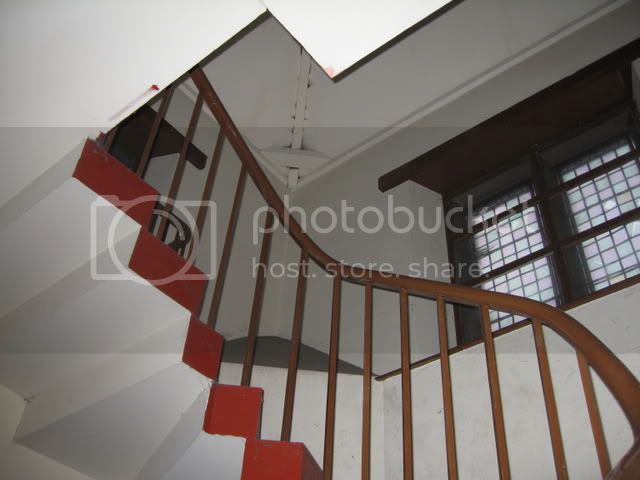 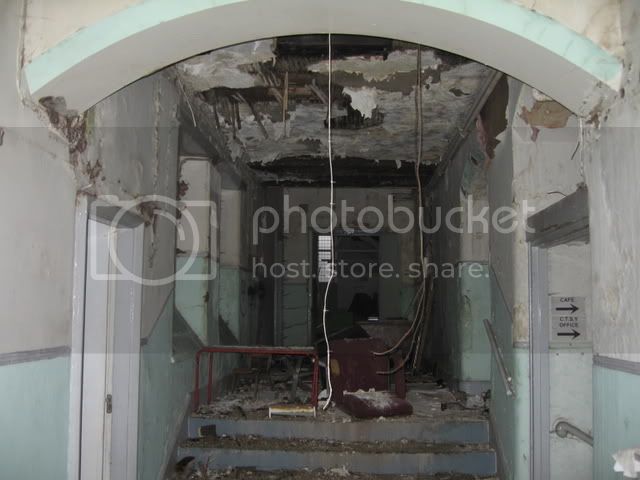 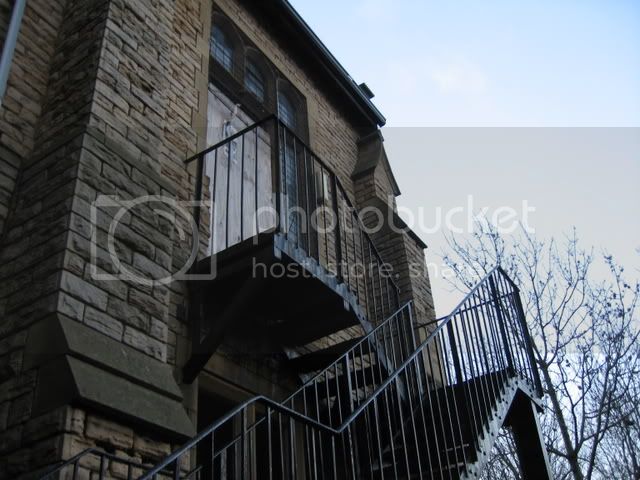 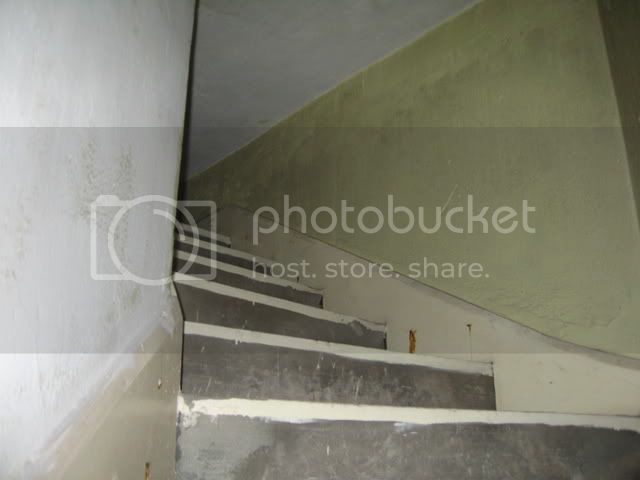 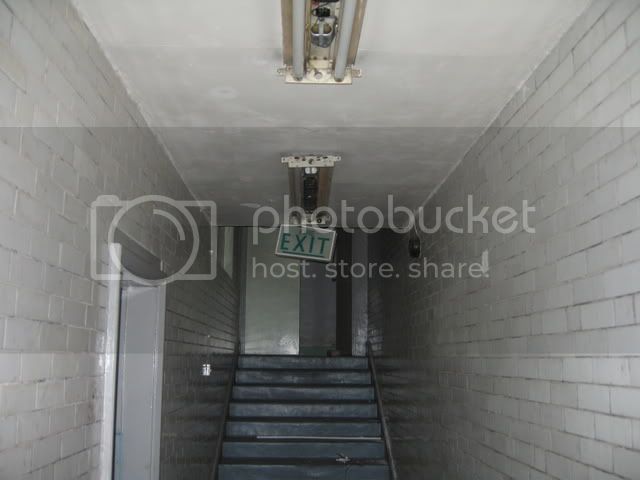 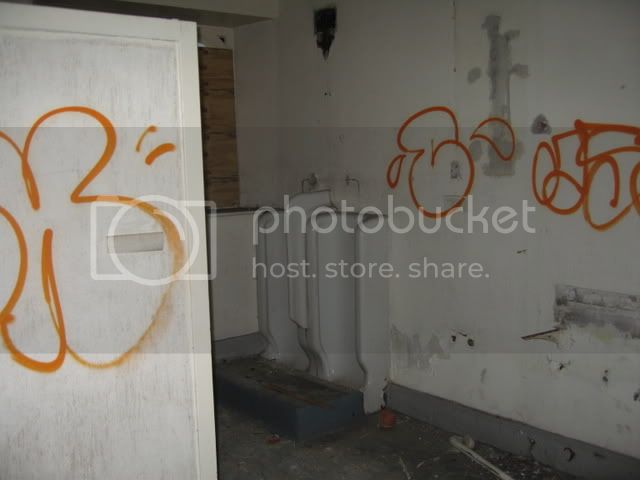 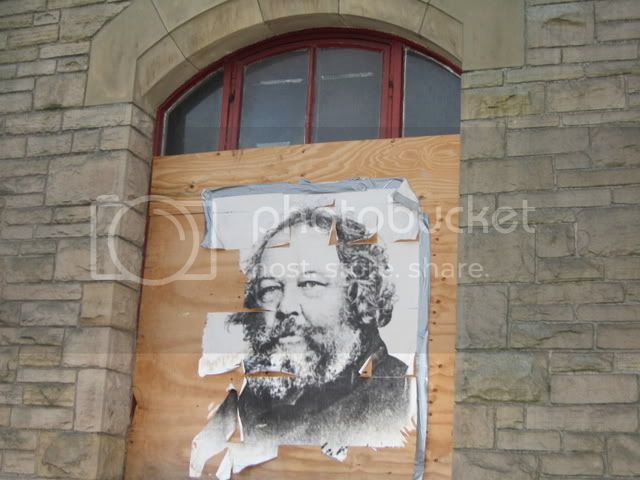 The exterior of this building is beautiful, what a shame about the inside its just rotting away!!!

Nice report Merlin...interesting history. Such a shame it's gotten trashed inside. Beautiful windows and beams.

Very nice, looks a bit like apostles in Bristol.

I like your pics, love church windows,the front of building is nice.

Good pics and an interesting write-up
As Barney says, those stained glass windows are great!

An interesting new perspective on a building I have passed by many times! Great to see what's going on inside! I have heard tales of other church buildings around that area that have been converted into student accomodation but still have some old features-An upstairs chapel with pews and an organ for example. Great place for student parties I would imagine! Also there's that lovely overgrown graveyard over in Ecclesaw area which I've visited many times. Just remembered how much I love Sheffield!

Great building it such a shame when a building loved as much as that one by the community (juged by the amount of donations) is left for ruin Dam those changing times
You must log in or register to reply here.