I know this place has been done too death but not by me so I`ll post a few different pictures up.

The Dinorwic Slate Quarry now home to the Welsh National Slate Museum, located between the villages of Llanberis and Dinorwig. It was the second largest slate quarry in the world, after the neighbouring Penrhyn Quarry. It covered more than 700 acres consisting of two main quarry sections with 20 galleries in each and a number of ancillary workings. Extensive internal tramway systems connected the quarries using inclines to transport slate between galleries and the working sheds.

At its peak in the late 19th century, "when it was producing an annual outcome of 100,000 tonnes", Dinorwic employed more than 3,000 men and was the second largest opencast slate producer in the country. Although by 1930 its working employment had dropped to 2,000, it continued in production until 1969.

Our day started at 08:30 just me and Fluffy as Druid had to pop home, We were still climbing "up" at 16:00 which was when we decided to call it quits and head down (which still took another couple of hours).
To say that I was done in would be a massive understatement, food and beer went down very well that night. 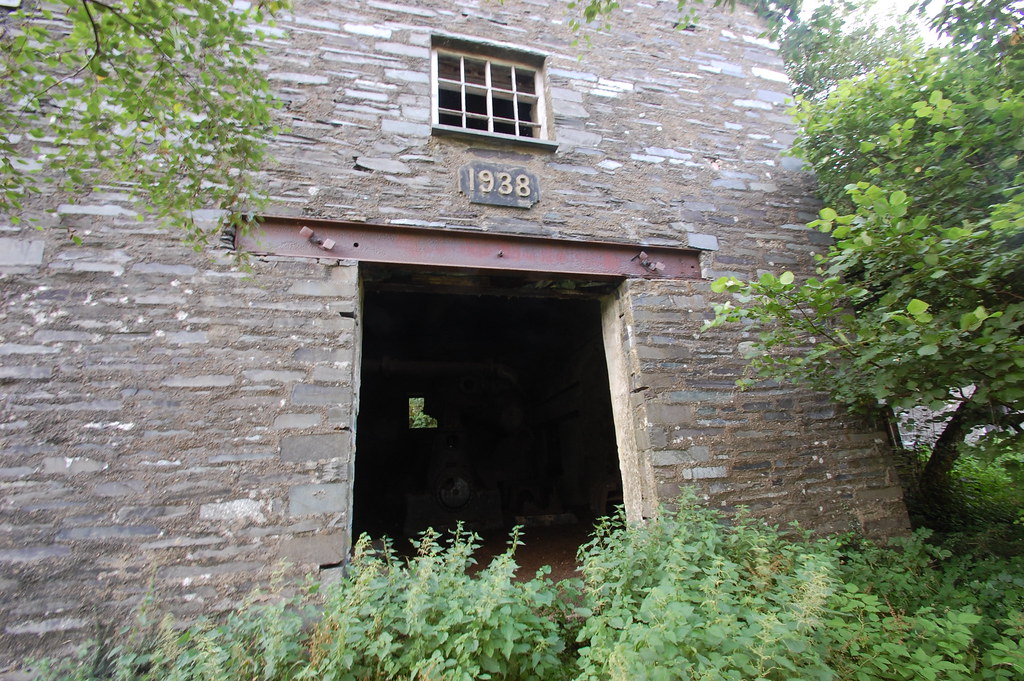 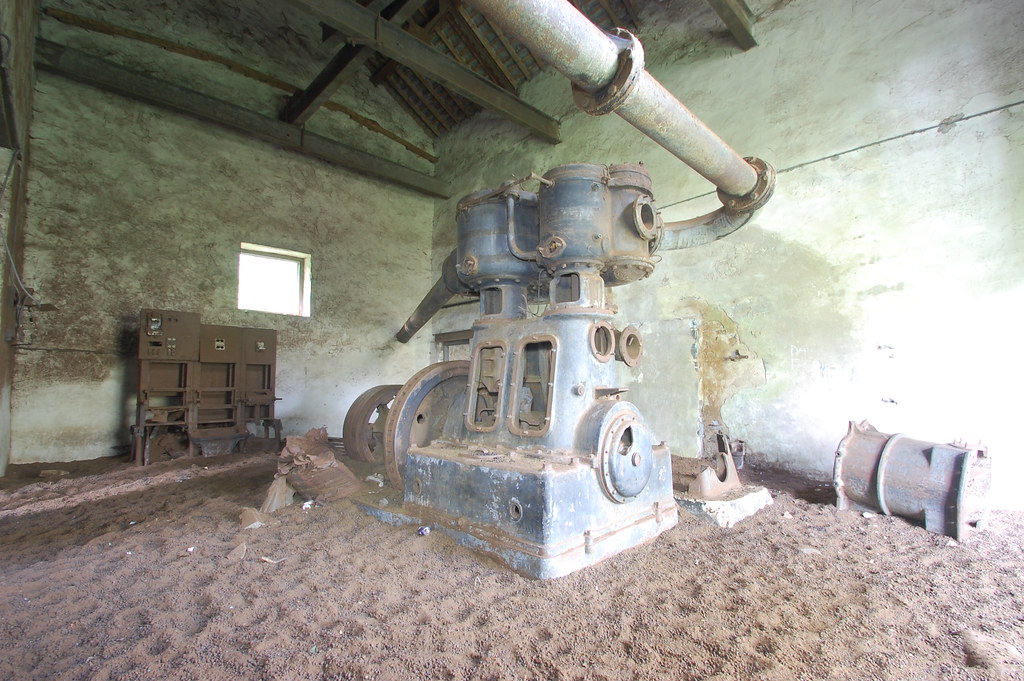 The next group of pictures are of some of the winding houses at the tops of the inclines, these were used to lower blocks down to the cutting sheds, and raise and equipment to the quarry face.
The frame in some of the pictures is called the "Tank" this is what the wagons sat on. 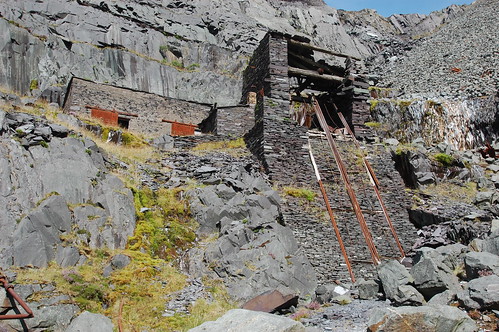 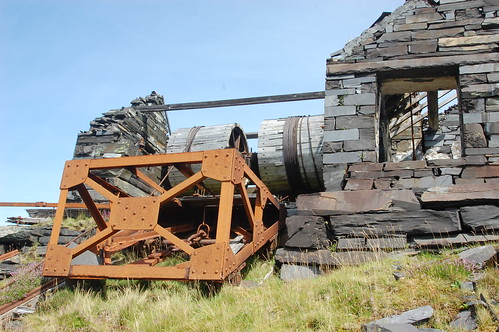 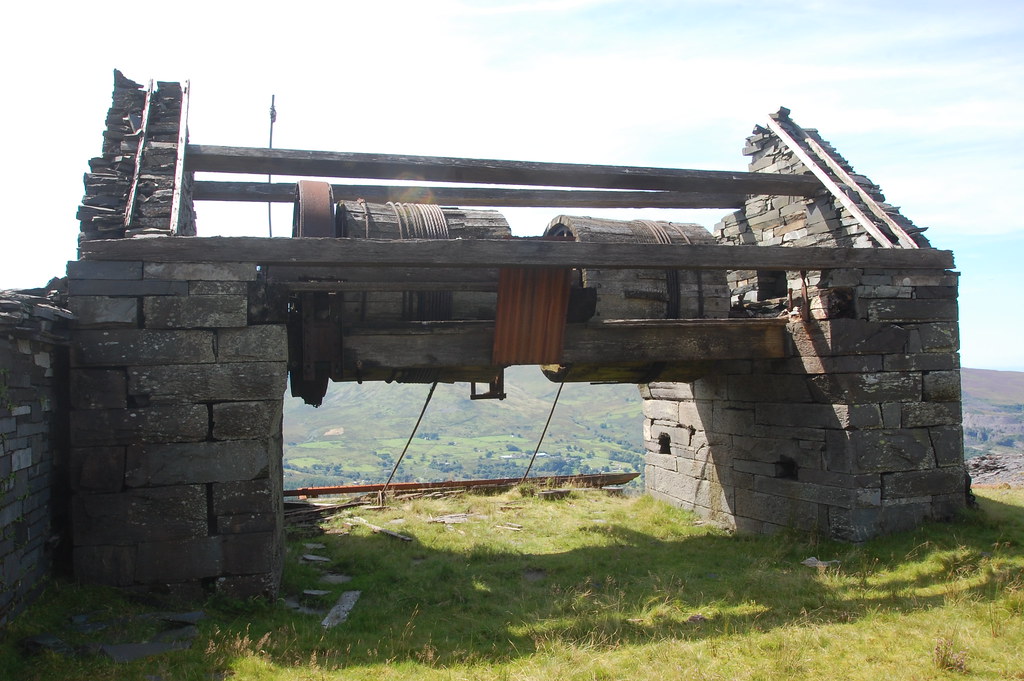 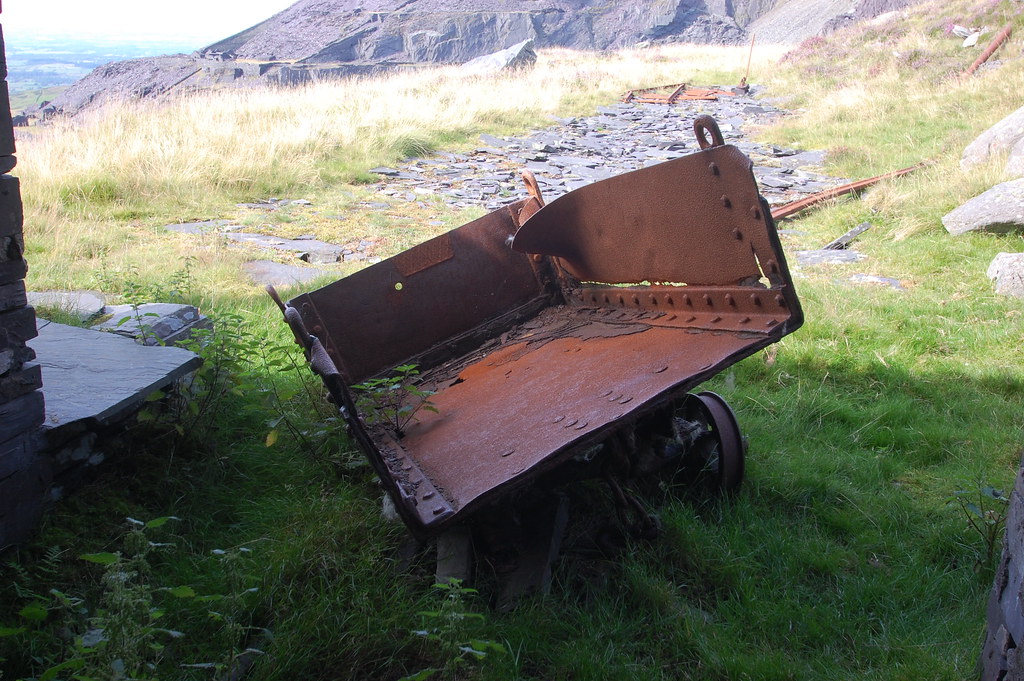 Next the "Blondin" and "Blondin tower" 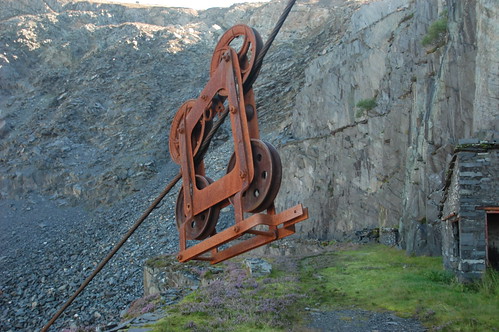 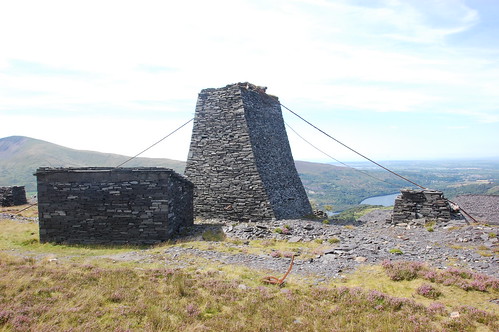 Now the slabs or blocks could be taken to the cutting sheds, rows of circular saws would cut the blocks to the correct size then on the other side of the building the blocks would be split in to "Slates" 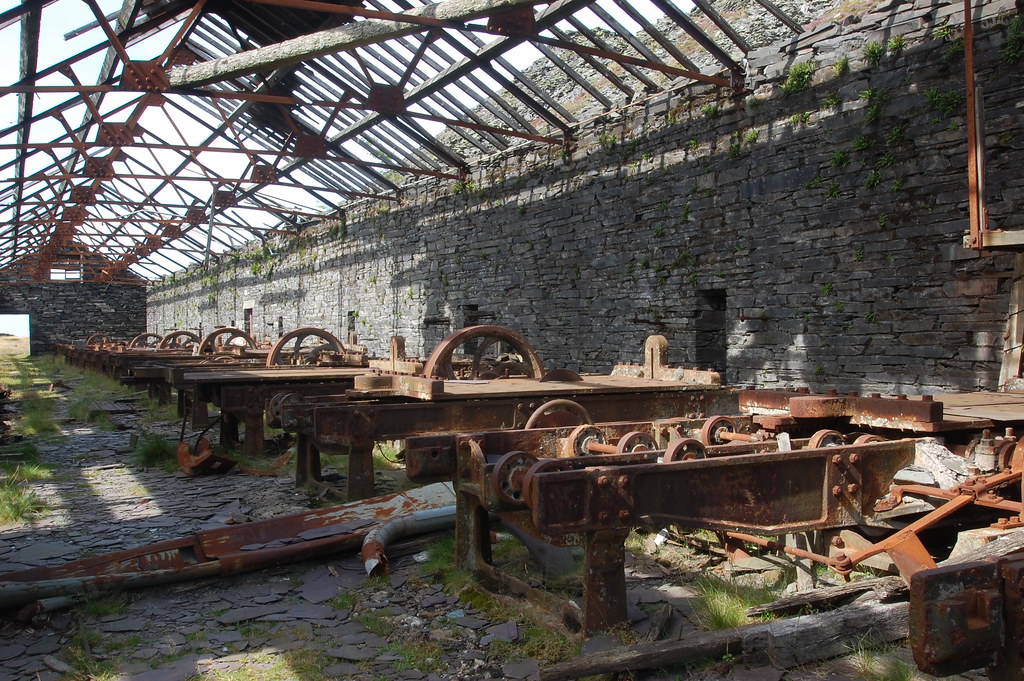 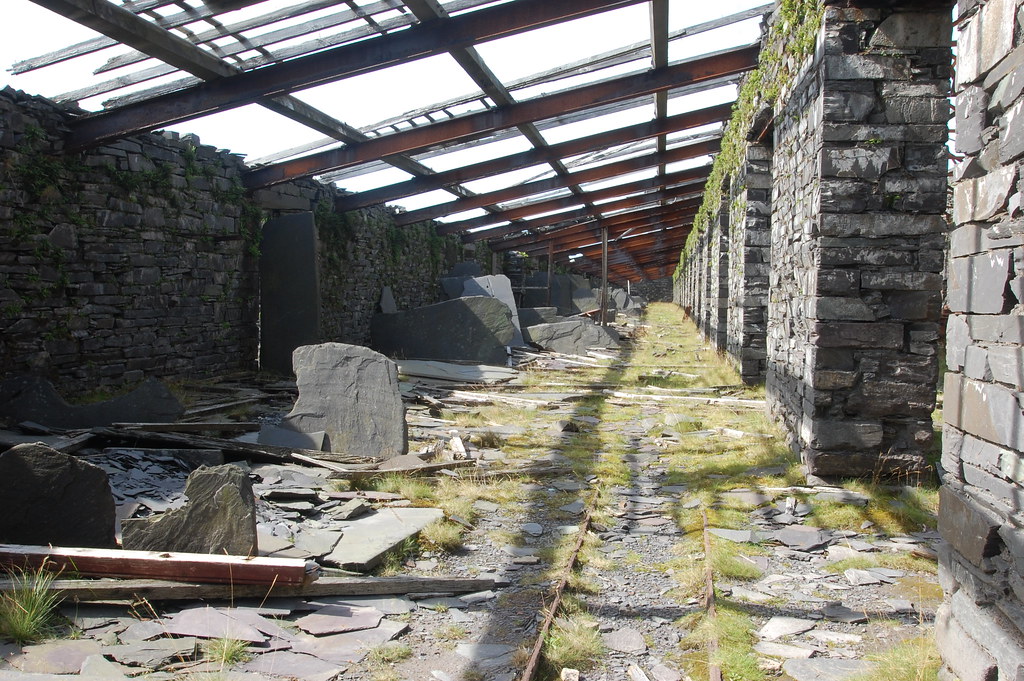 Well done for getting this far, all comments are most welcome if you want to see more (and you know you do)
head on over to my FlickR page at:-

My next Dinorwic post will be tunnels and under ground bits and bobs. 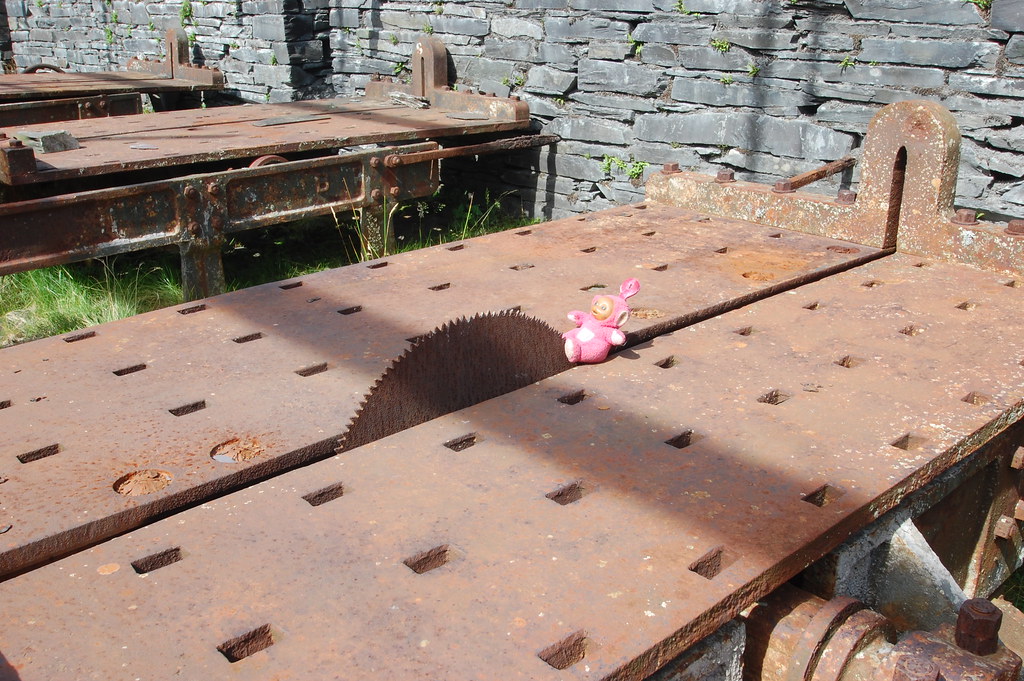 Argh, you did everything I wanted to do, but couldn't fit into a day and a half! Great looking place, I've been wanting to do this since I spotted the old mining gear on the slope from the main road back in 2013. Looks like you had decent weather too, that makes all the difference. Well done trekking up there. Eagerly awaiting those tunnels n what not!

Great photos as always, good to see you out and about.

The last shot made me eyes water, I enjoyed it Newage, Thanks
B

Like i said on the day - i think that you saw about 40% of this place. There is just so many hidden treasures here !! Without a doubt this is MY place !! I could visit here every day - full of the past (just like me !!

Love this! I made the mistake of going down towards the barracks first then back towards this but only managed to make it halfway up before I decided my heart was going to explode if I pushed it much further!
You must log in or register to reply here.