Only a small one this with not a lot there to be honest but dont believe its ever been covered so nice to have something a bit different. 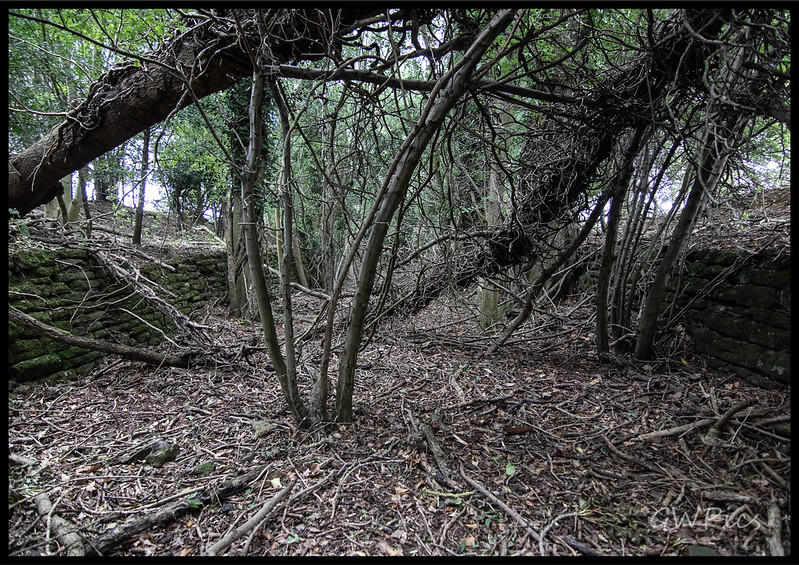 What surprised me here was the close proximity to collyweston slate quarry yet a different stone type was being mined
Original Quarry started in 1873 by Wingerworth Iron co, R.Eldred and then Son to 1892. Marquess of Exeter from 1902, North Lincolnshire Iron Co Ltd from 1913.

The 1902 and 1913 re-working of the quarry re-opened the 1 in 13 incline down to the Tippler on the MR line as a self acting rope worked incline with the upper 300 yds of route into the quarry being worked by a steam loco. The gauge was 3ft and the last loco was an 0-4-0ST built by Hudswell Clarke (Wks No 1106 of 1915) named UTHIE.
The quarries closed circa 1922 yet have left us with possibly the best industrial archaeology in the whole Midlands Ironstone fields that tells us how the smaller quarries typically looked and operated. This cannot be said of any other Ironston site remaining.

Emergine out of the undergrowth is the 5ft 8in Dia Horizontal winding drum and brake mechanism complete with operating/control wheel. the brick lined cutting could be traced into the overgrown cutting above the engine shed. 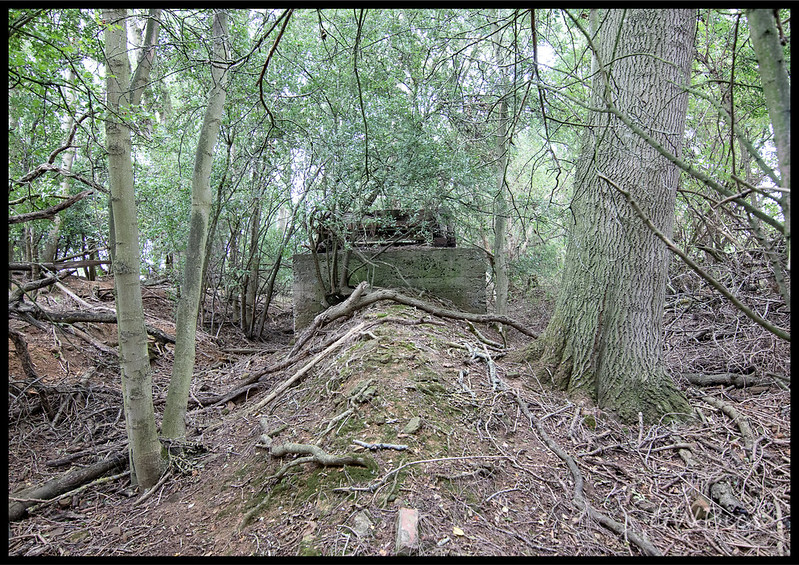 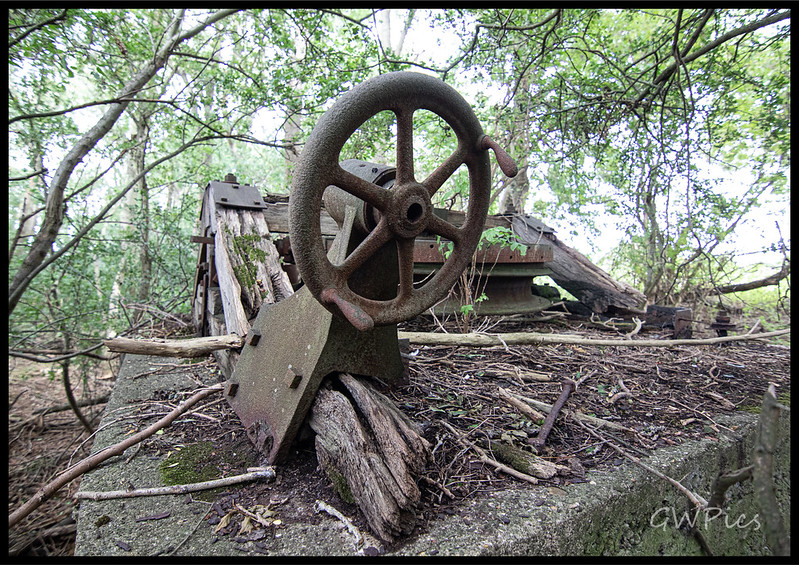 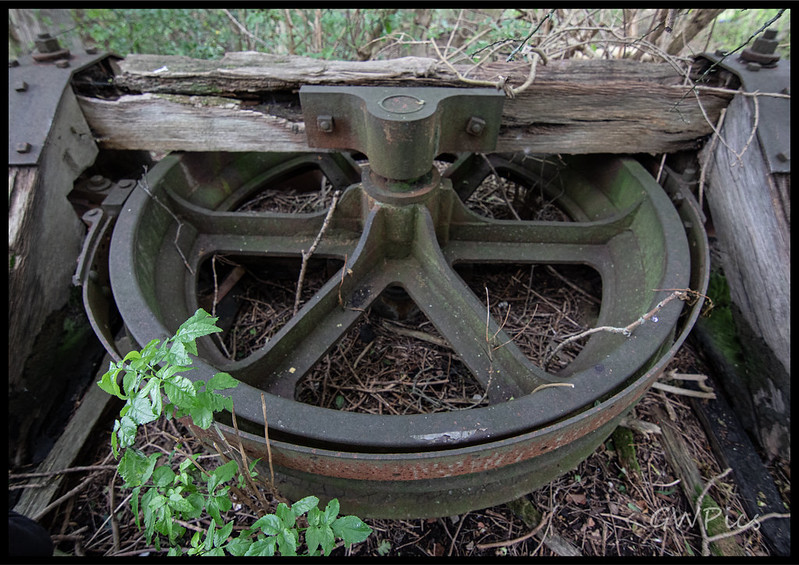 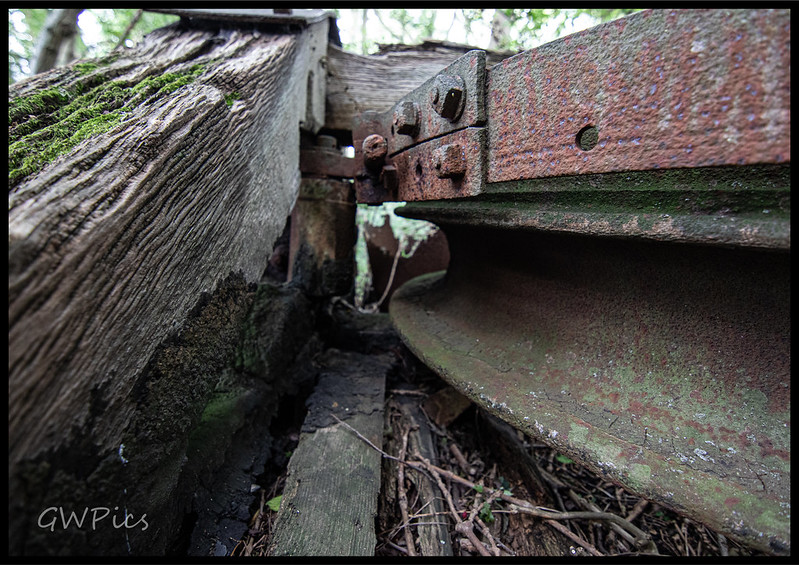 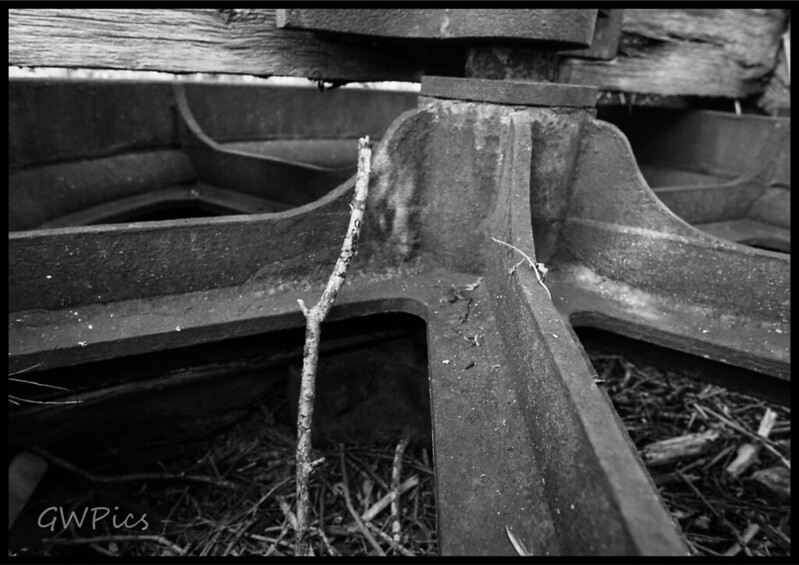 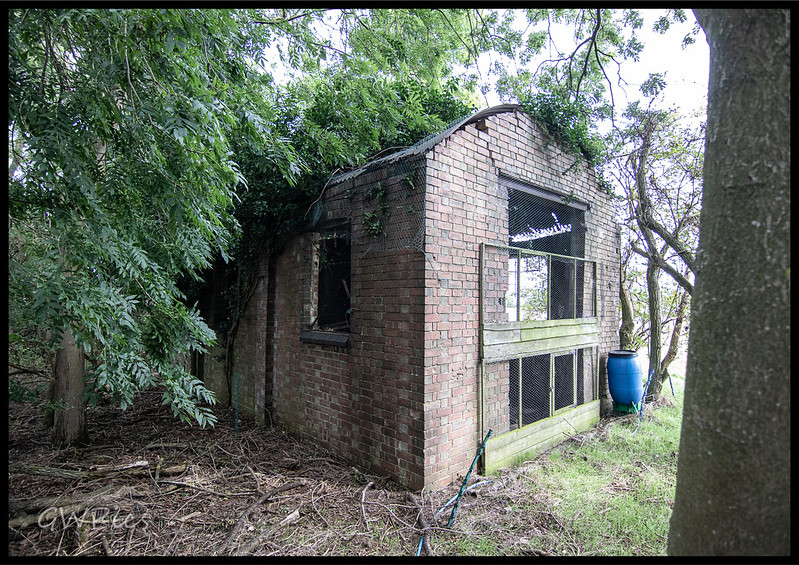 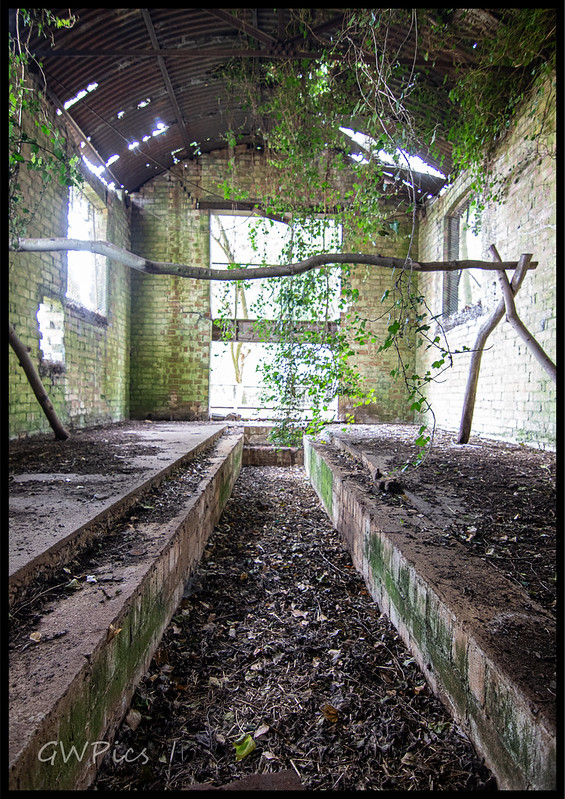 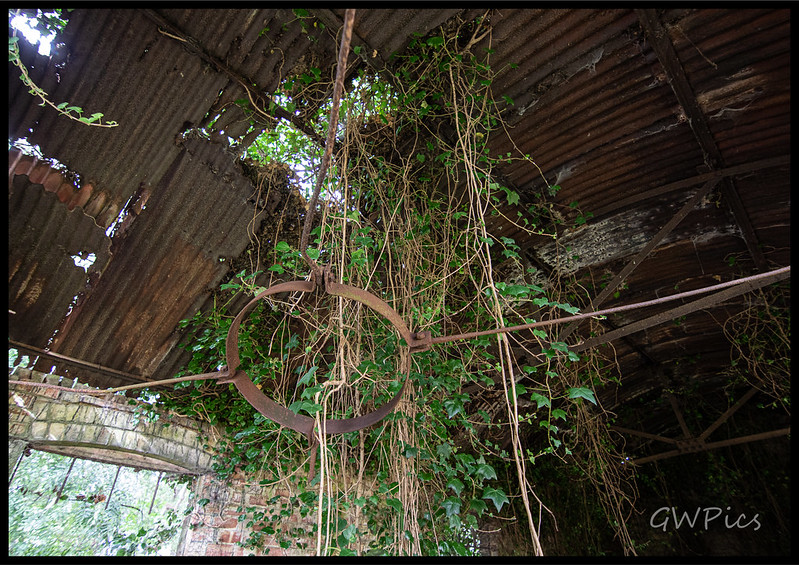 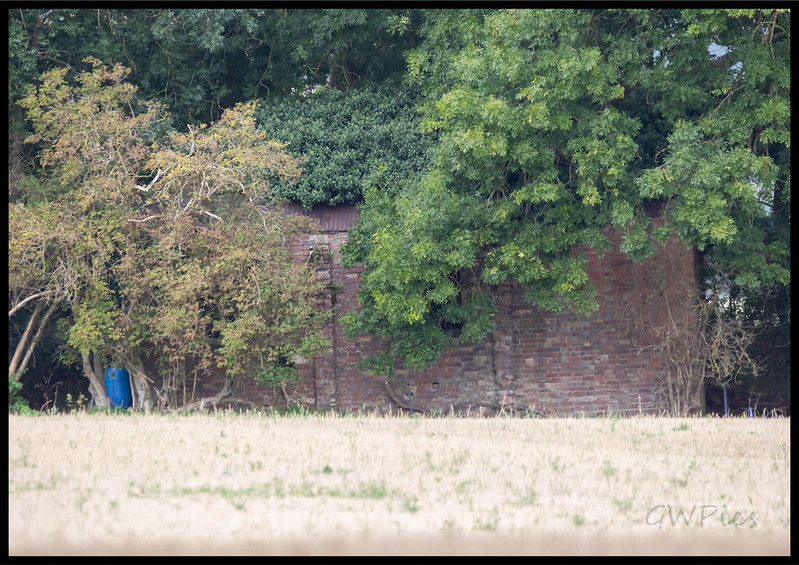 The incline end can be found in the valley bottom ending at the tippler and the raised siding. Both iron tipplers are still there but thrown off their mounts, there were the tippler beams and also part of the weigh bridge present in the grass. 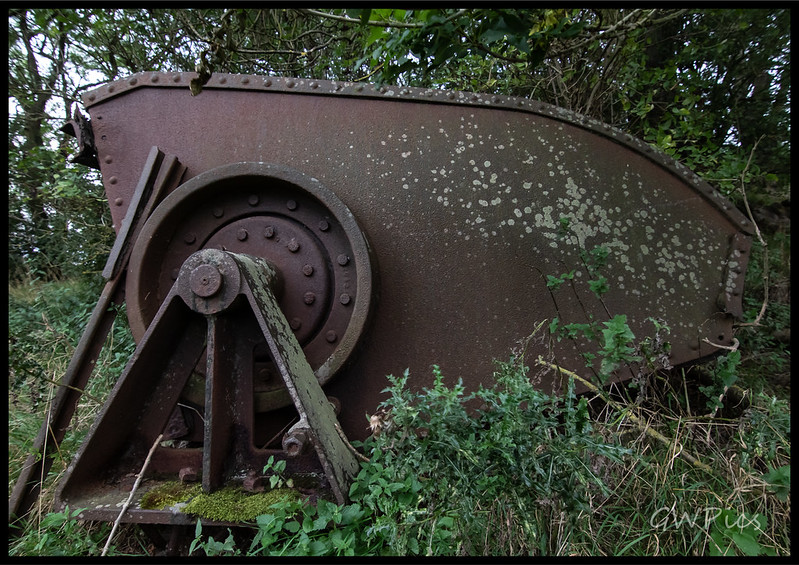 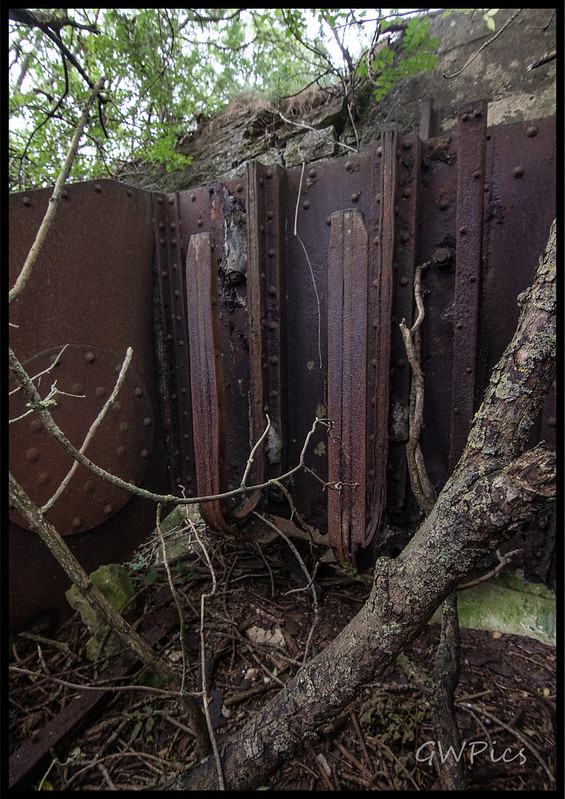 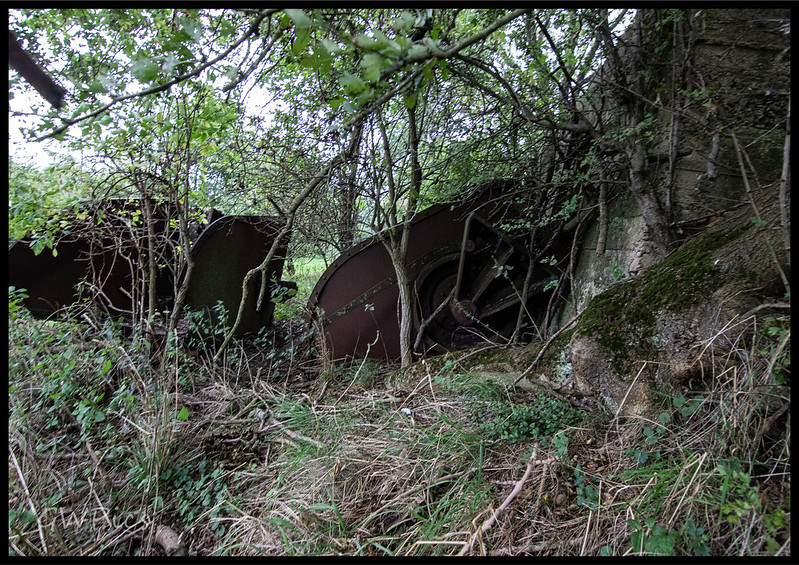 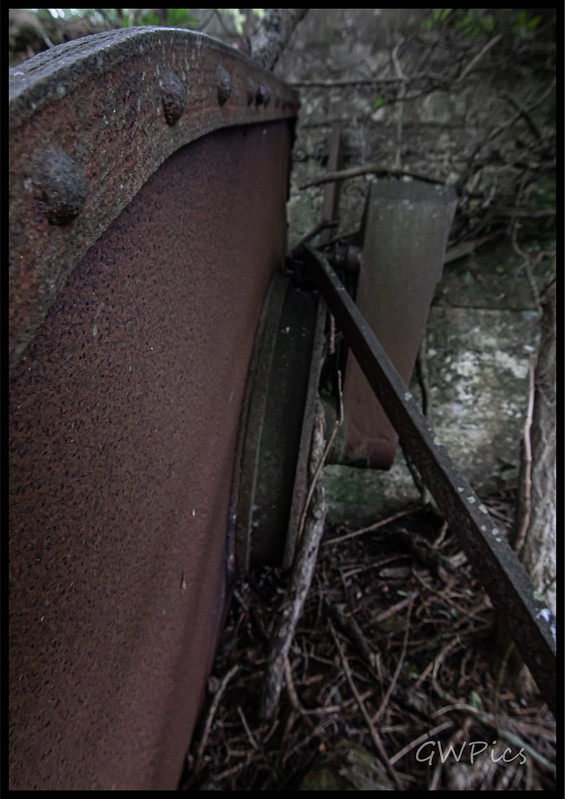 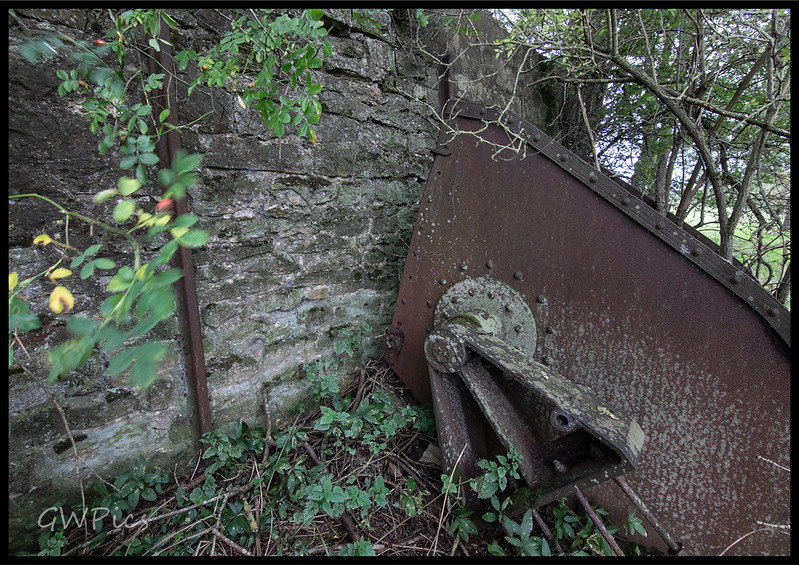 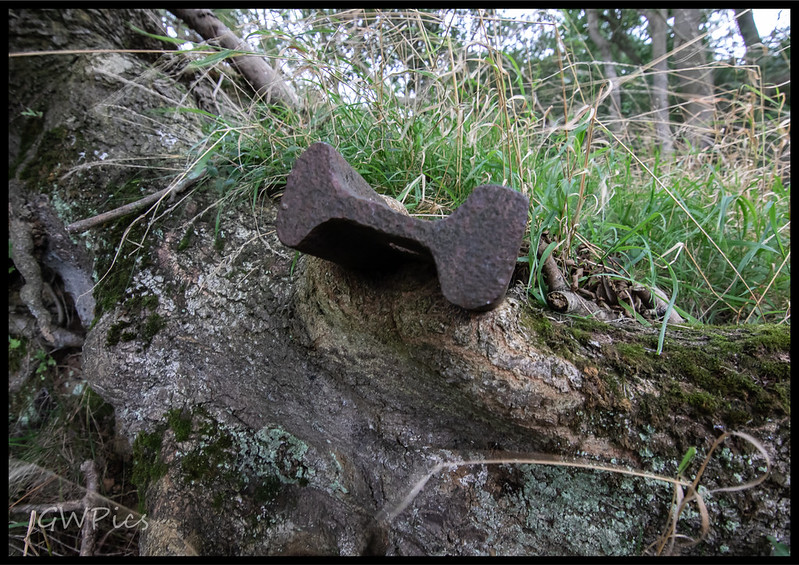 And because there wernt many pics heres a linnet I snapped on the way from here. 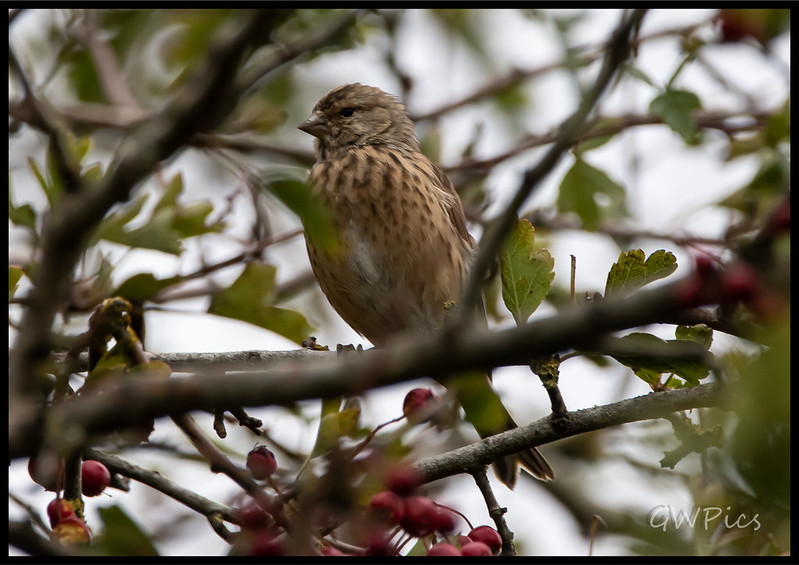