Another Google Maps find turned out to be a solid explore, despite being completely stripped out.

The history is a bit vague on this one, but with lots of historical planning applications available to view, its possible to piece together a rough timeline.

The Land that Farringdon House is on started as a Factory, but was fire damaged in the late 70s. The factory was knocked down and became an office block.
The building consists of a ground floor covered car park and 4 stories of offices. At some point around 2002 - 2005 the offices were vacated and have been empty ever since.

Applications to turn it into housing have been going back and forth since, the most recent only being in February 2017.

This was one I spotted on Google Maps and thought it worth checking out. I found my way into the perimeter and car park easily but getting inside the building was proving a little more tricky. From the outside it looked like it was sealed up well, however there was one way in that was surprisingly simple but quite exposed.

It was lunchtime on a Saturday, the sun was out and East Grinstead was very busy. So I returned a bit later with a friend to catch the last couple hours of daylight when the town was a little bit quieter.

When we returned and climbed inside, we were presented by a concrete shell of a building. A bit disappointing to be honest. As we ascended up the stairs, we found that every floor was the same stripped out concrete shell with god awful graffiti.

It was only till we got the roof when that there were some interesting bits. The room on the roof has all the heating and pump equipment in, but was also full of Pigeons and A LOT of Pigeon poo. Trying to dodge the pigeons flying around inches above out head, we heading through the room and onto the roof. Its was then that my friend pointed out the freshly dropped pigeon poop on the inside of my hoody.....delightful.

It was a great view from the roof and we were looking right down onto the petrol garage next door hoping that the refueling drivers didn't think to look up!

A fun little explore, but disappointing how stripped out it is.

Externals and the car park 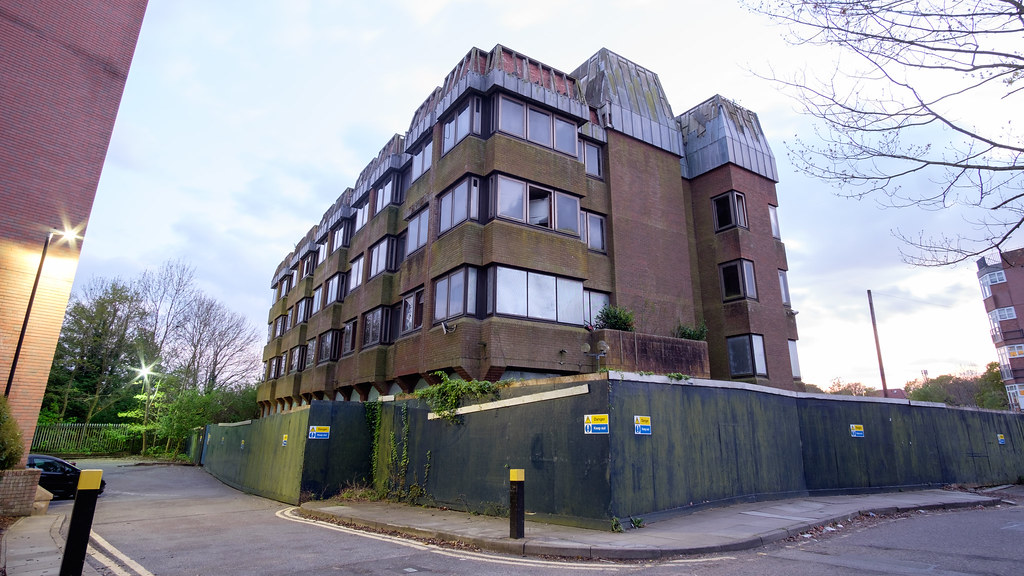 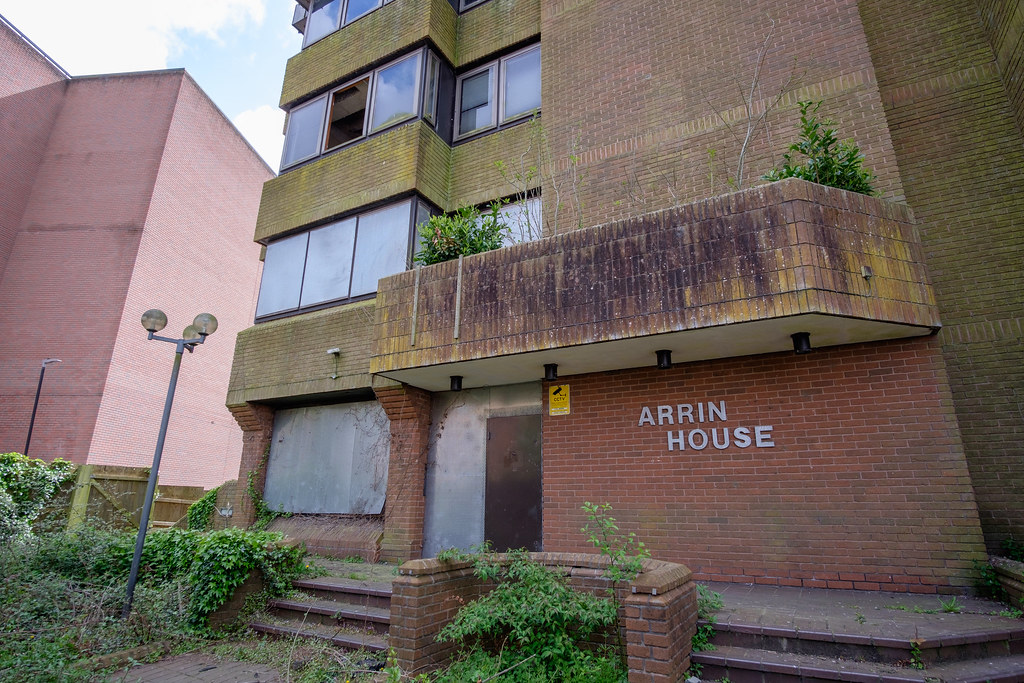 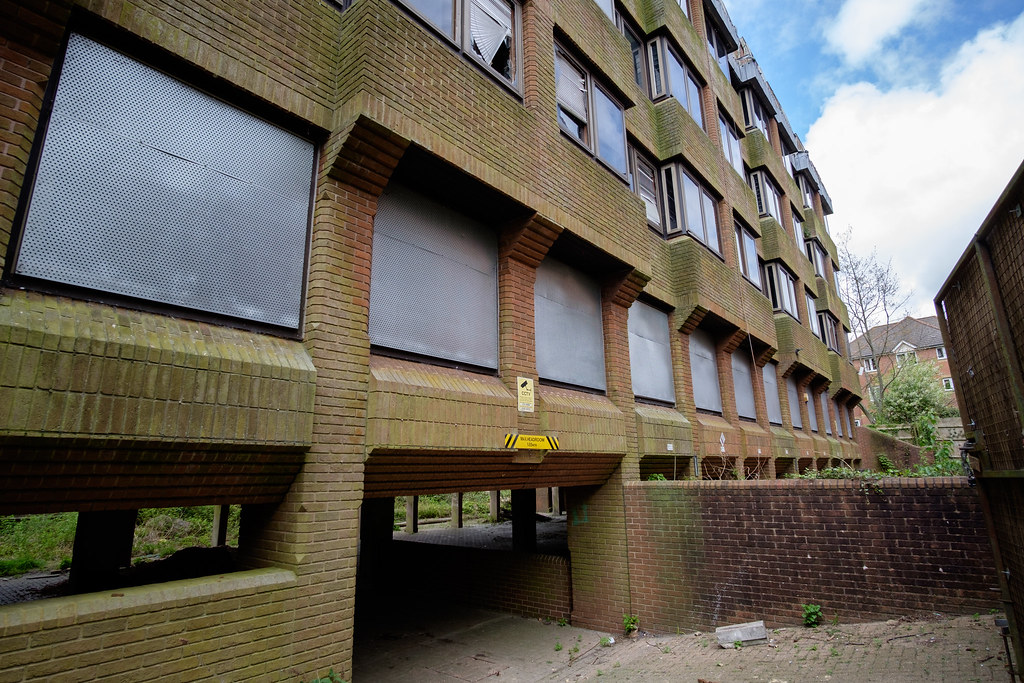 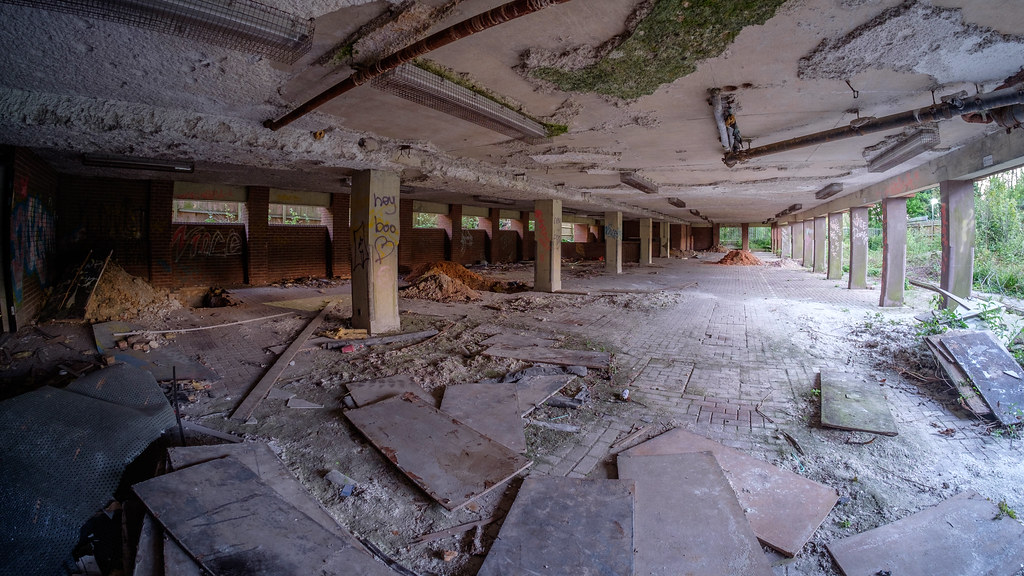 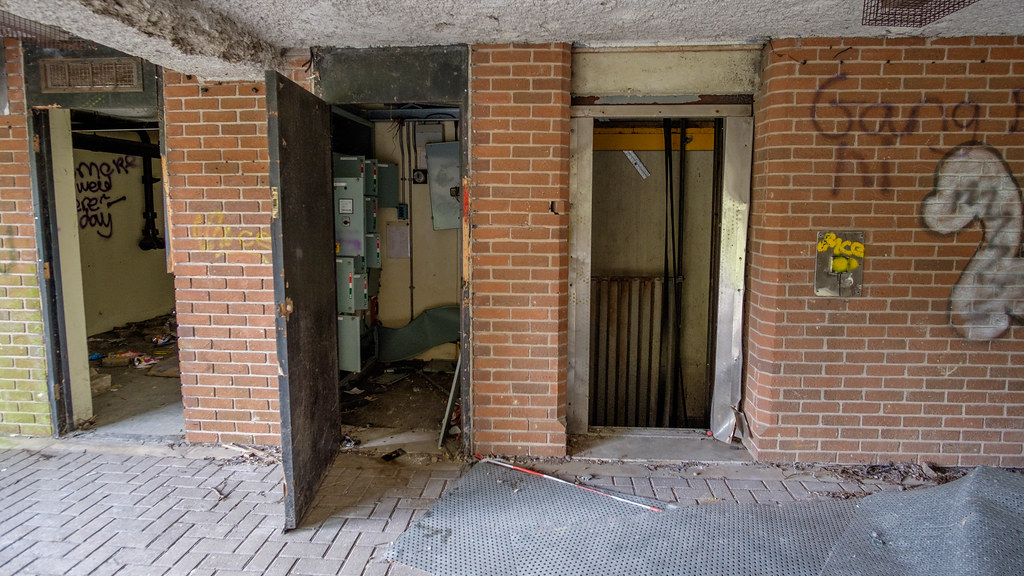 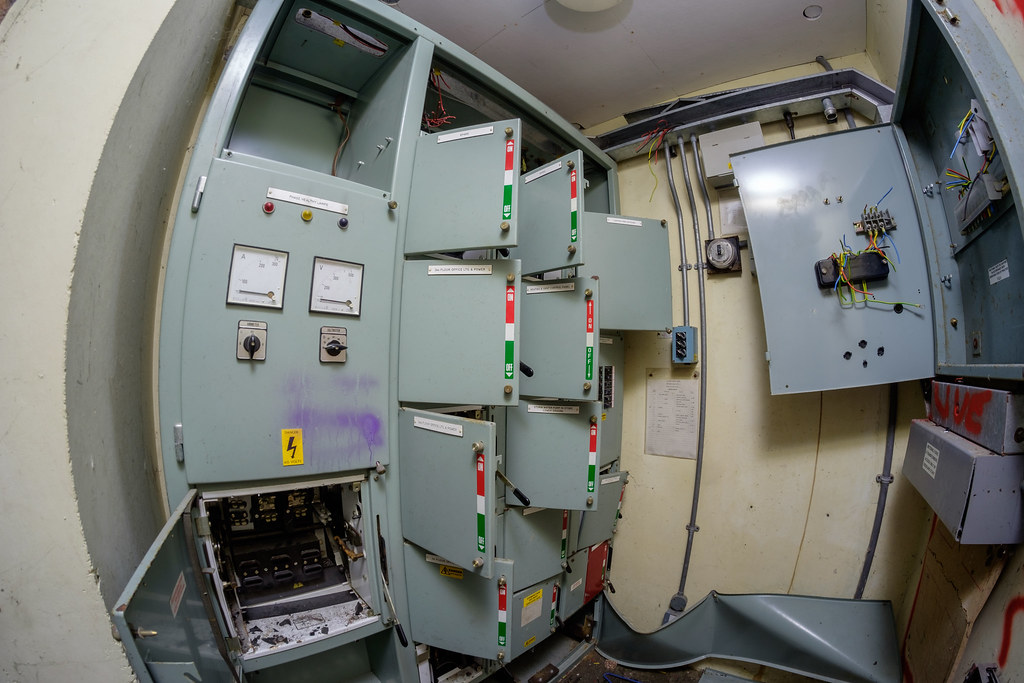 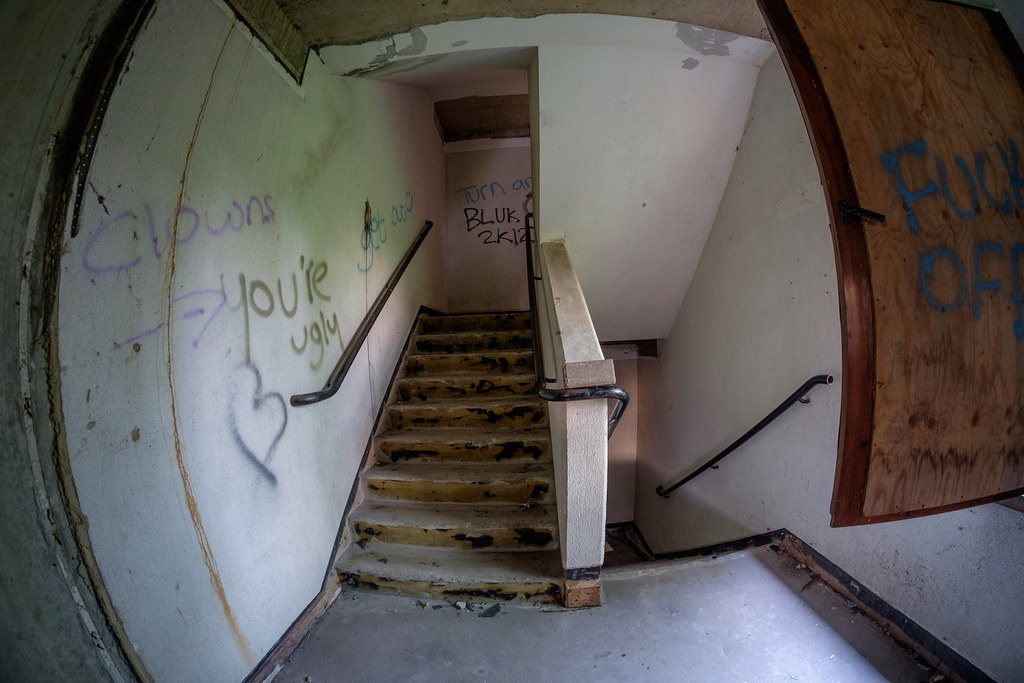 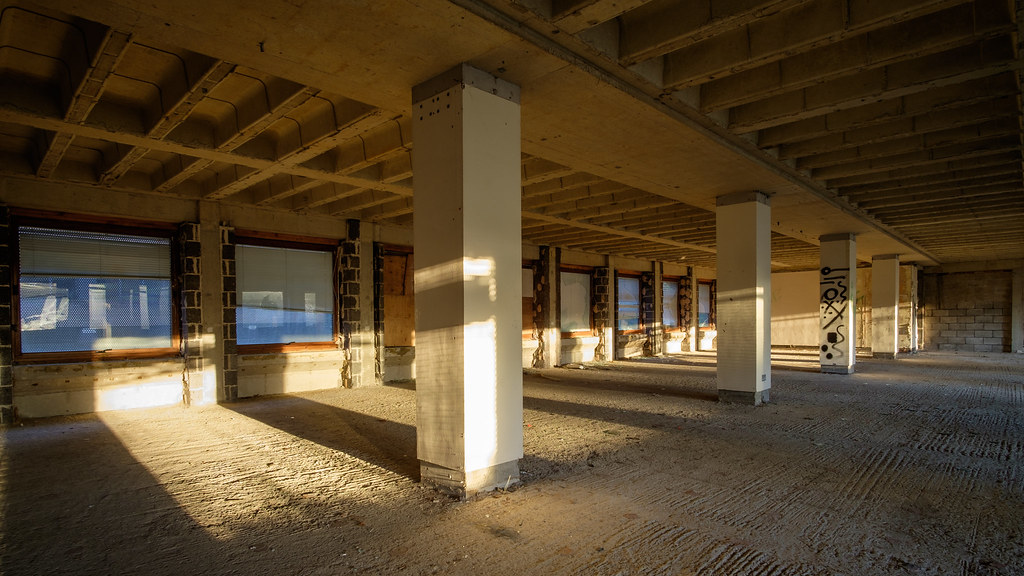 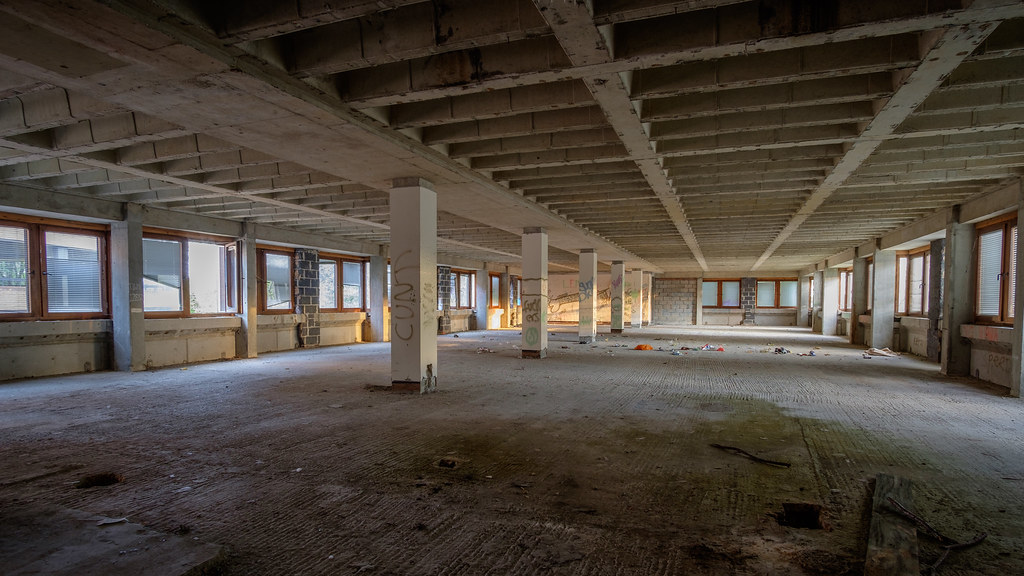 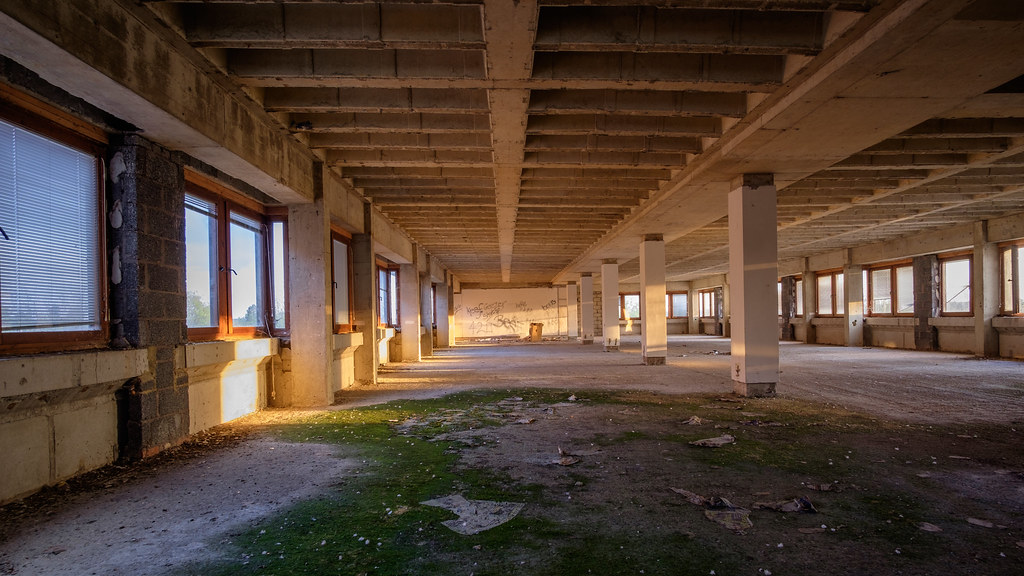 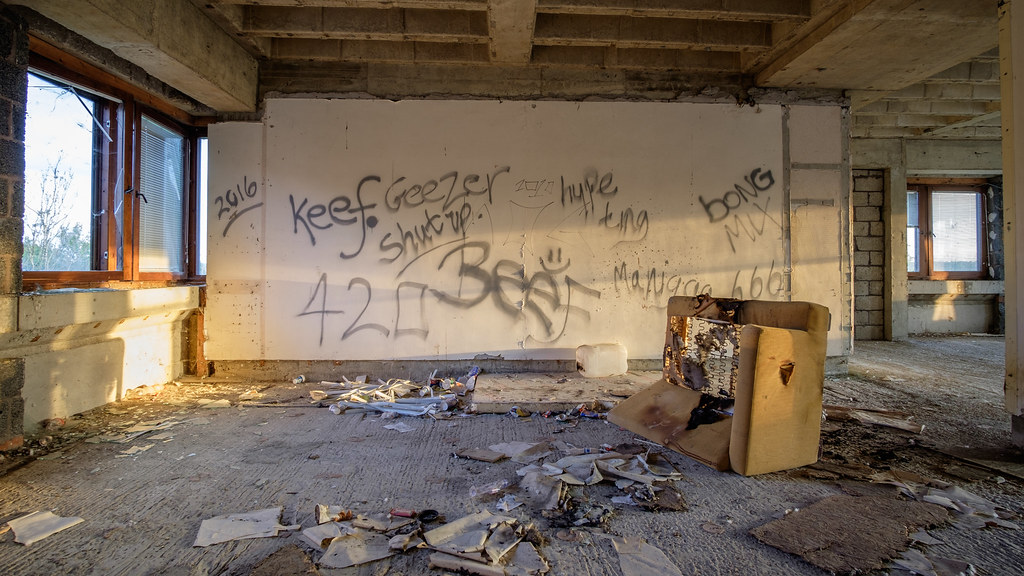 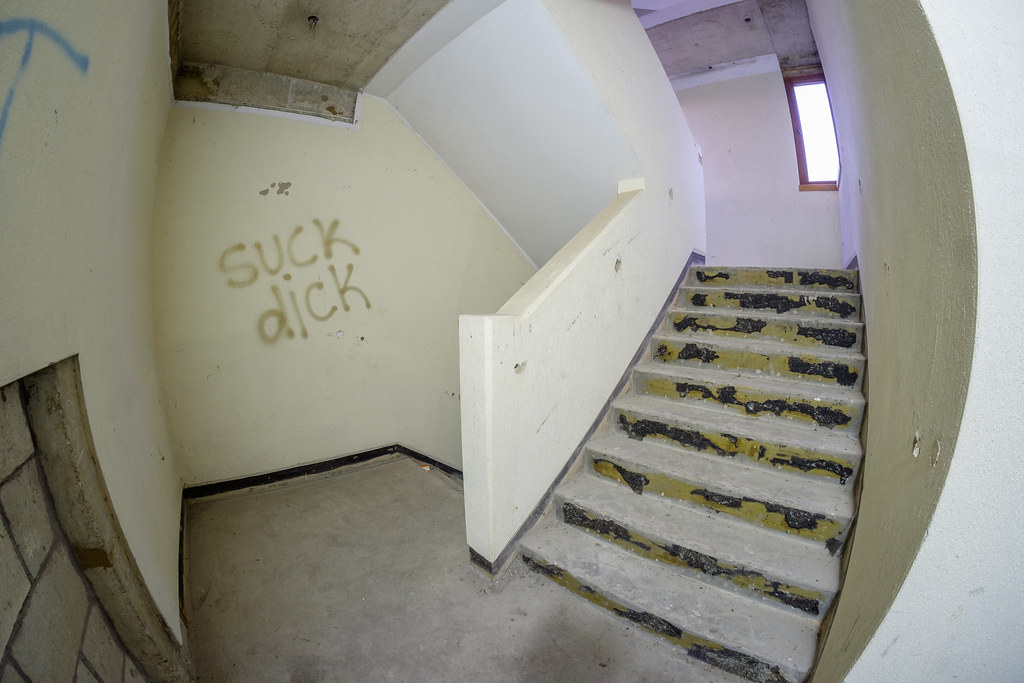 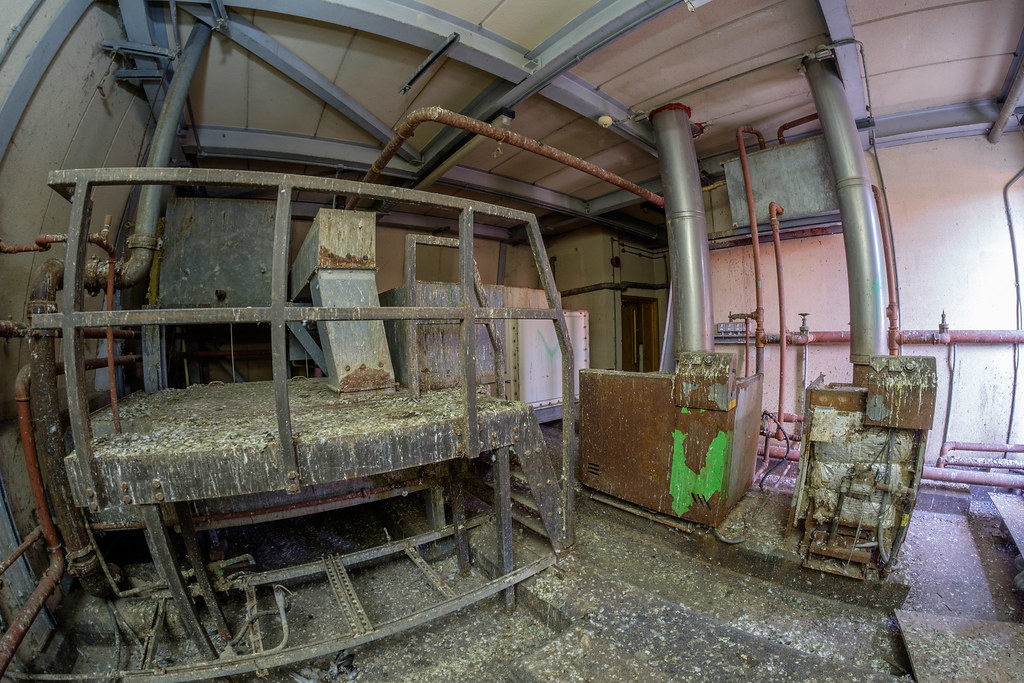 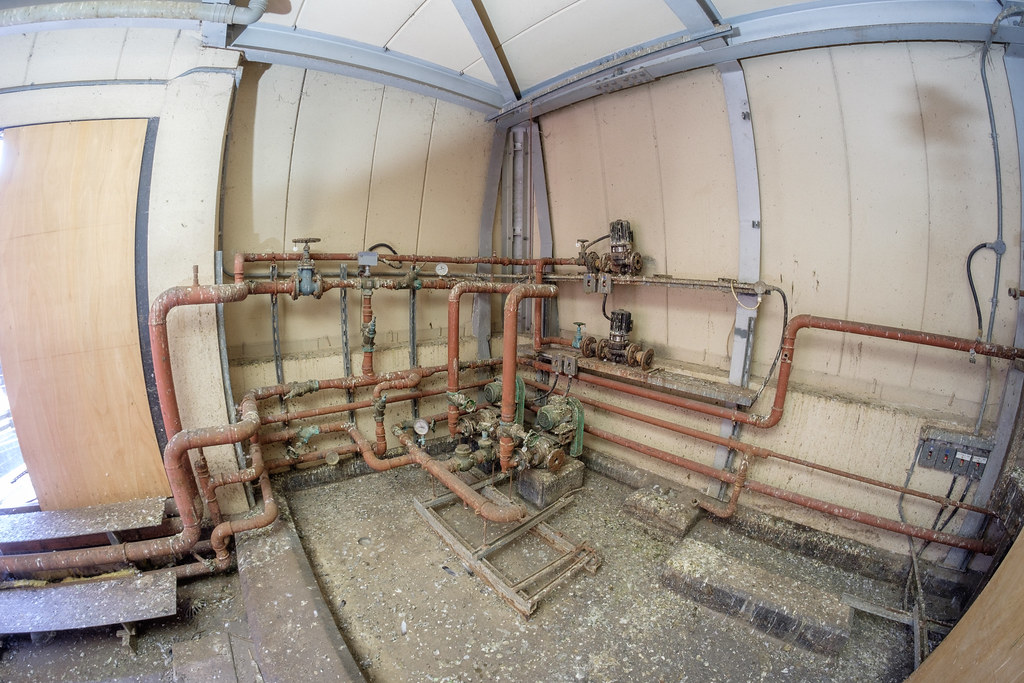 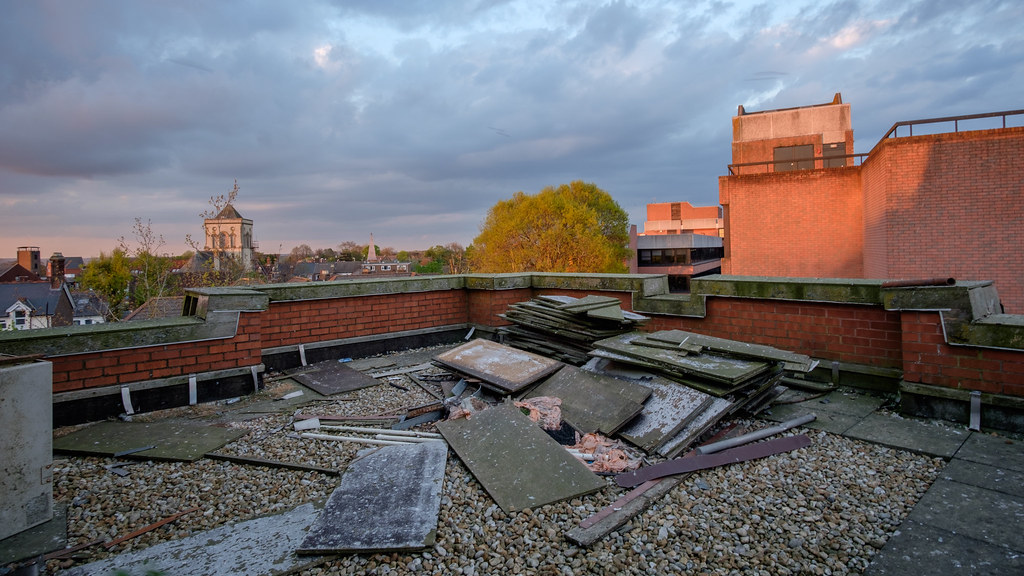 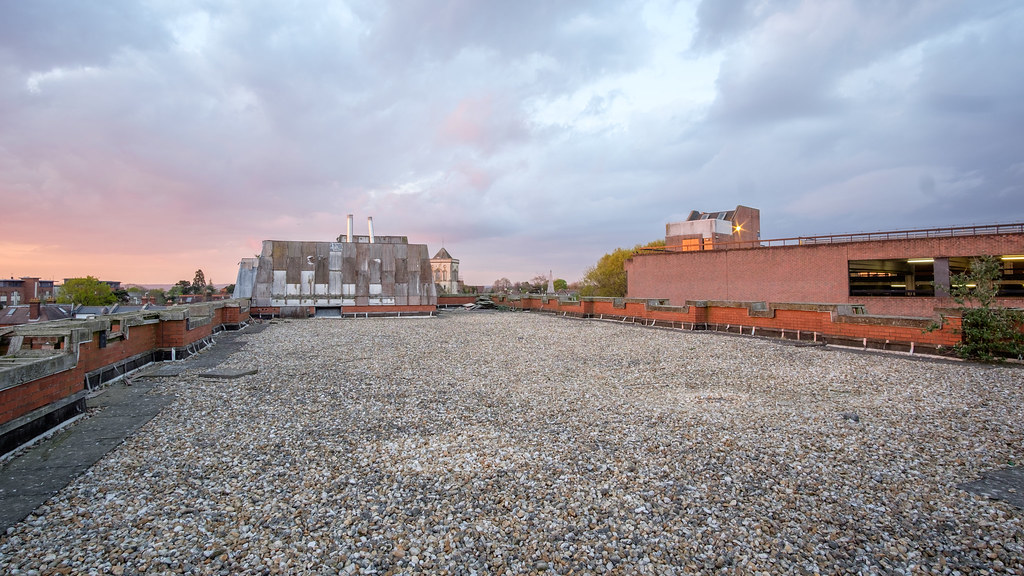 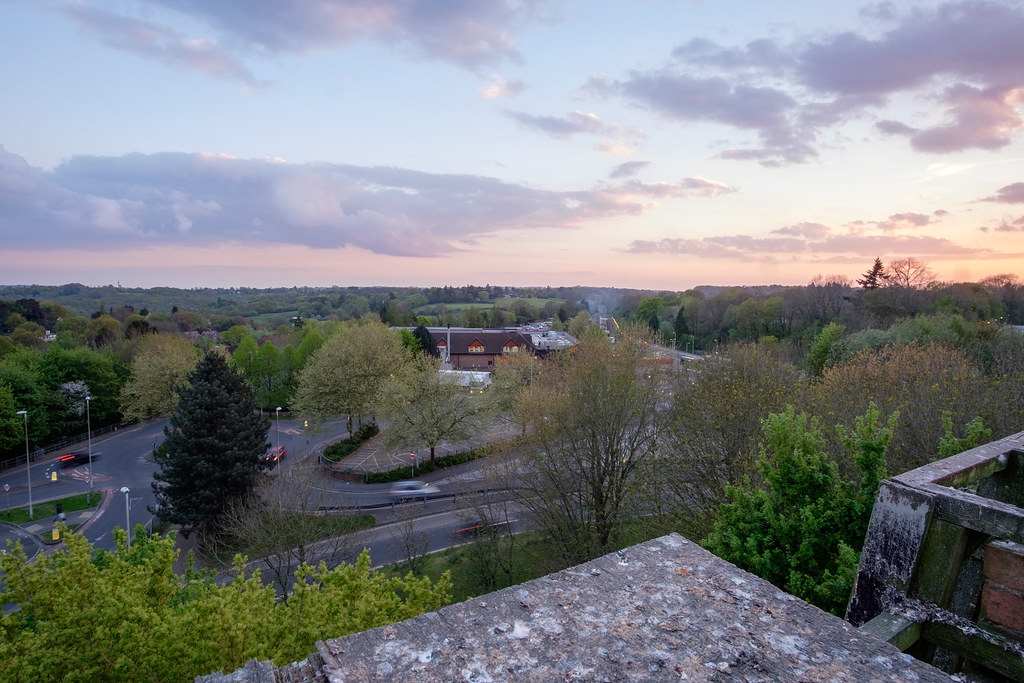 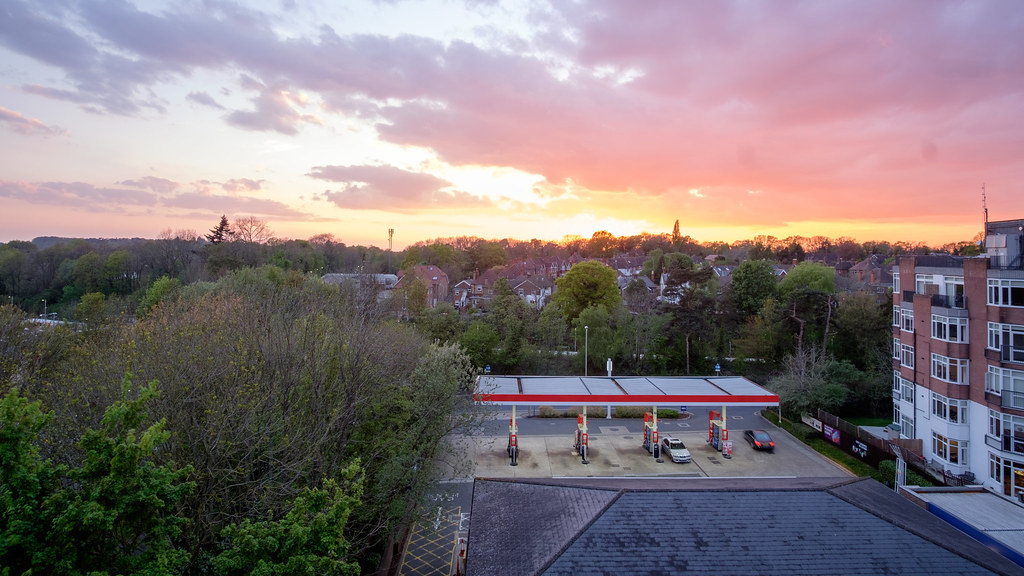 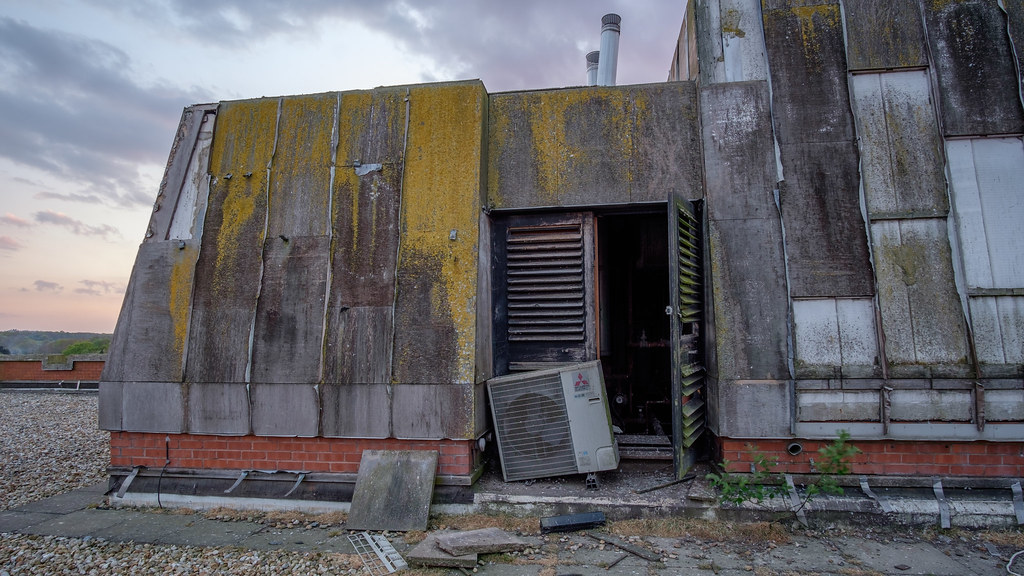 You got the description of the place spot on Grom especially the rubbish Graf, not a milligram of talent or imagination among em, Getting onto the roof must have brightened your day and made the trip worthhile. I enjoyed it Thanks
Ps,
Bloody good shots them pigeons

Nice photographs, especially as you got a few long shadows. Are you sure its called "Farringdon House"? Because on the outside it says "arrin house". Maybe its missing a few letters.

Cant believe they bothered its not exactly an attractive building Im surprised it didn't get pulled!
You must log in or register to reply here.