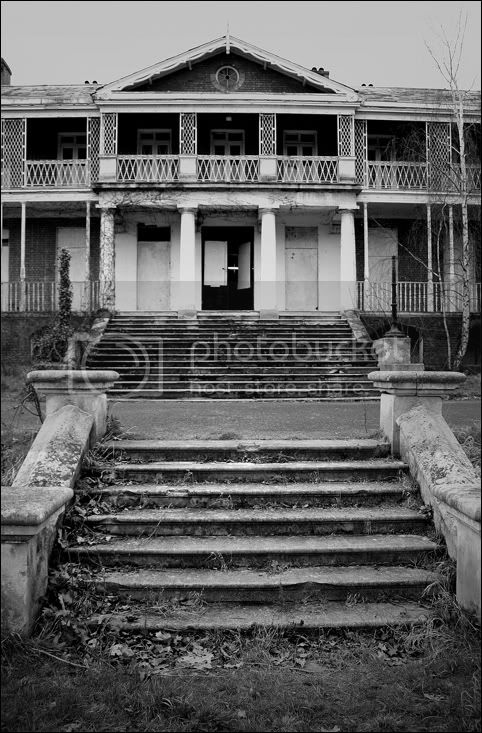 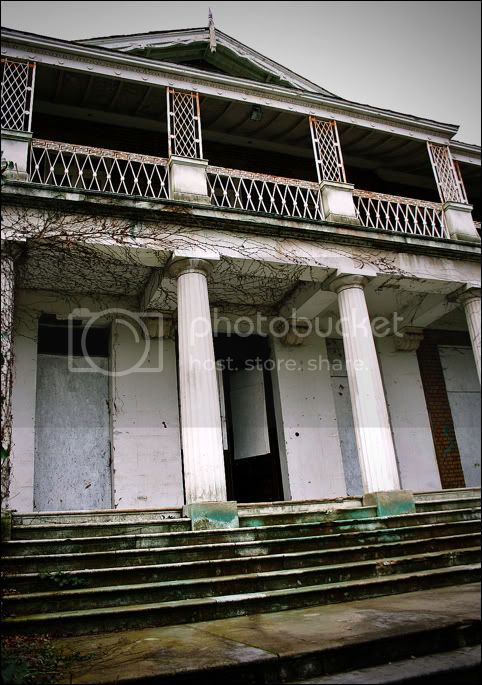 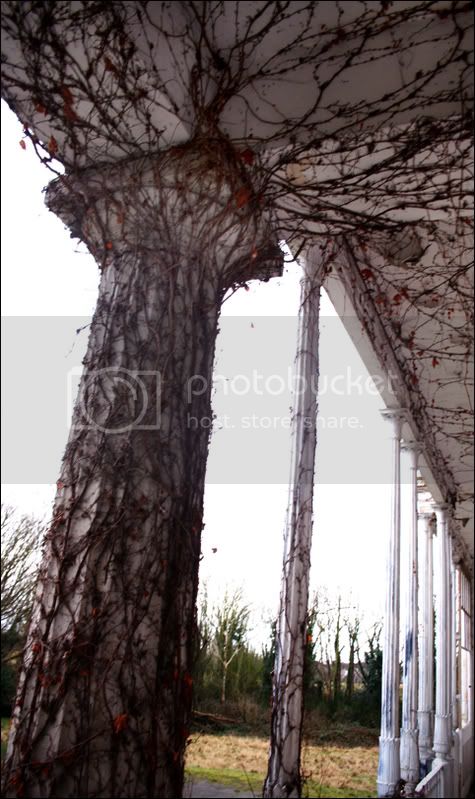 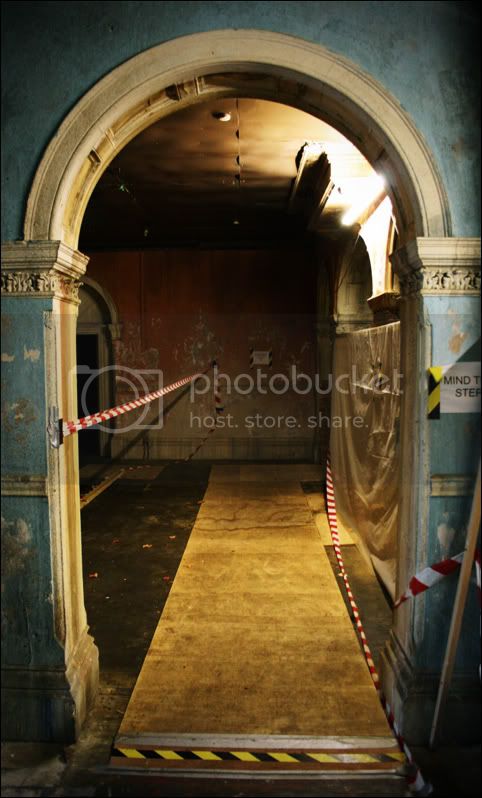 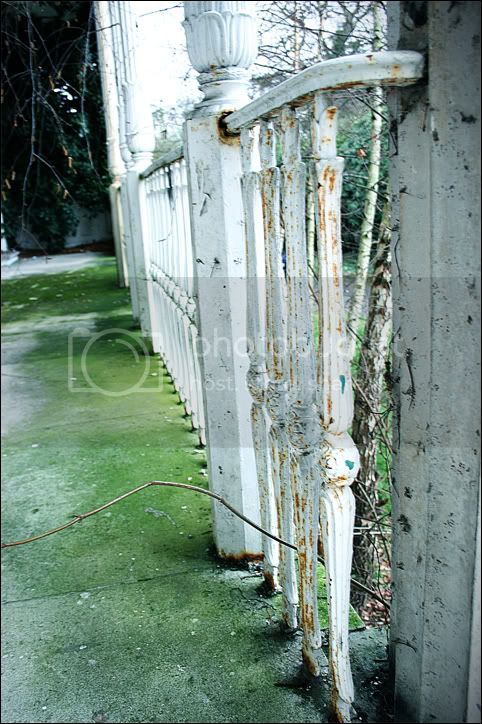 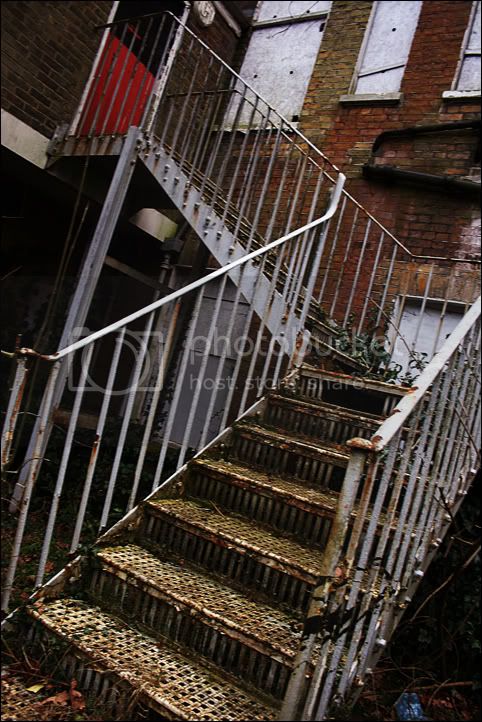 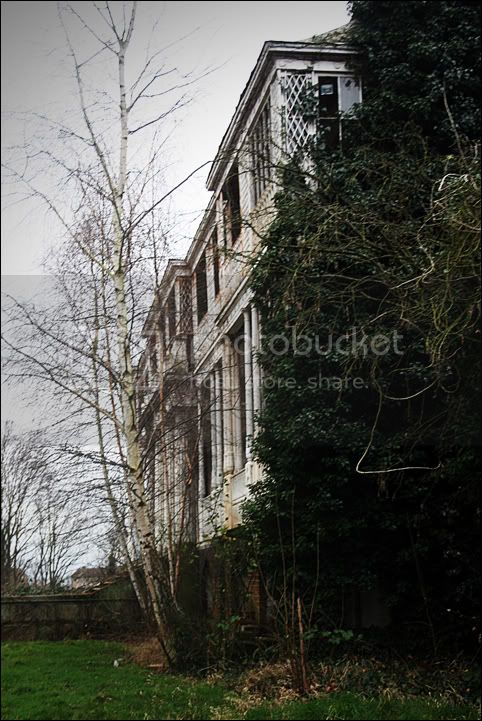 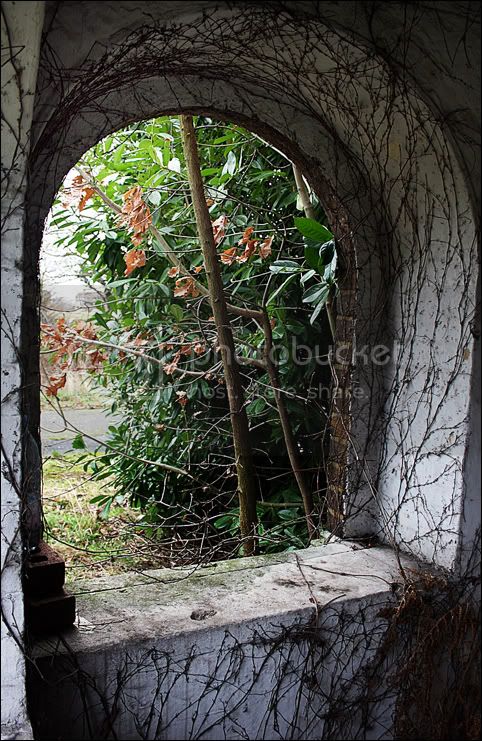 Interesting, were you there with permission? The house has a very colonial look do you know the history?

Lovely building. Very interesting. Is it being restored?
Like all the vines...I bet that's glorious in the autumn.

It was built as a Country House in or around 1830. The south west expansion was added in 1850.

In the first world war the park surrounding the house was bought and used as a bi-plane assembly and flying area, this part is now the rugby ground.

Planning permission was granted in 1998 to turn the now dilapidated house into a nursing home this was never carried out presumably because the costs involved were to high.

In 2002 further permission was granted to allow emergency works to be carried out to stem the invasion of dry rot and general repairs were carried out. During this time the local council also gave permission for the grand but desolate old house to be turned into a 75 - 100 bed hotel.


We were kind of there with permission. The tomtom accidentially took us all the way to the front gate and we were greated by the caretaker. He did have us have a look around though. The door was open to the inside, but we werent allowed in there - hence why there is only one picture when I snooke in fast.

I think I found another way in though, so I will definetely be going back soon. Hopefully to get a look inside. It is a bit problematic though as the caretaker live at the site and its quite small.

Its a gorgeous looking building, or rather, in its hey day it would have been quite something to see. Its lovely. Cheers for some of the history of the place. Really looking forward to seeing anymore you are able to get.

I live very close to this, about a 10 minute walk as i used to go to the school in the field next to the house. When we were kid's we would go in and look around for very short periords of time for fear of being caught, going in in the first place was more of a test of who had the most bottle!. There wasn't much at all inside back then, but if the caretaker is living there then it must have changed?

looks like a scooby doo type haunted house!
You must log in or register to reply here.