So; after the first site on our list, Mookster, our two non-exploring friends and myself headed to Tewkesbury after a few failed locations between. This is another one of those ones that I really should have done 10 years ago and not now; but never got round to it. I enjoyed this one; I love mills and old industry. Unfortunately, upon access we noticed that the Mill had a dozen young teenagers running amok, the kind you would not expect to see in Tewkesbury! They turned out to be totally harmless, not vandals and just pissed about on the roof until someone called the police on them; seeing as the mill faces the entire town!

We thought it had gotten a bit quiet inside; but we didn't know the police were looking for these youngsters around the mill until long after we had exited! We were getting our externals on the street and the group, with fish and chips in hand came up to us and asked if we had been caught! No?? Turns out when we were deep in the mill, they were searching for the lads, but we knew nothing of their presence!

The former Borough Flour Mills at Tewkesbury, also known as Healings Flour Mills, is located next to the River Avon with the Mill Avon passing to its east. There appears to be a long history of milling on the site and it was possibly where two mills were recorded in Domesday, and referred to as the town mills in the early C13.

The two town mills were granted to Edward Hazlewood and Edward Tomlinson by 1581 and a mill simply referred to as Mr Blackburn’s Mill is recorded in 1733. Mill buildings are shown on the Borough Flour Mills site on the 1825 map of Tewkesbury.

The bridge constructed in 1822 across the Mill Avon to Quay Street (listed as Iron Bridge at Grade II) is also marked.

By 1865 the mill was in the ownership of Samuel Healing, who rebuilt it as a steam-powered roller mill in the following years. Around the same time a brewery (listed at Grade II) was built on the east side of the Iron Bridge, on the corner of Quay Street, to a similar construction as the mill and was later used for flour storage as the Healings Warehouse.

Structural problems in the 1889 building appear to have led to their interior adaptation and strengthening., as a result, the flour processing operation was altered and flour pumped via overhead pipes across the Mill Avon to the former brewery on the other side of the river.

Further mill buildings were replaced and extended to the west of the site in the 30s and beyond. By the 1970s a change of ownership saw the refitting of the plant and machinery; involving the adaptation of the internal floors and roof structure.

The mill eventually closed in 2006 and has had various wings demolished since. The part we see here is left standing. 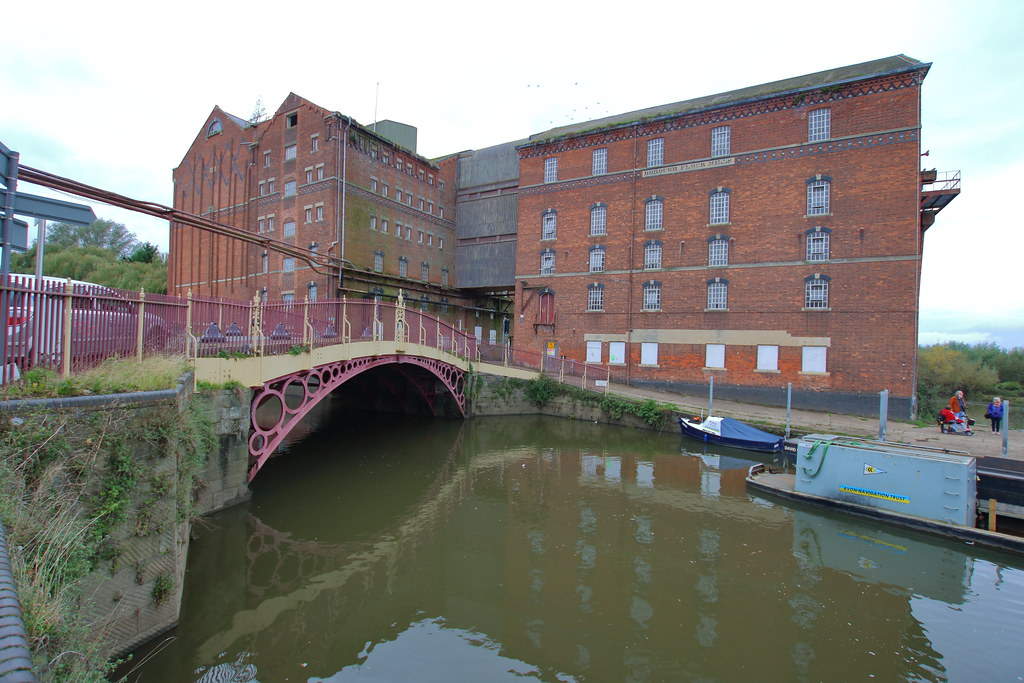 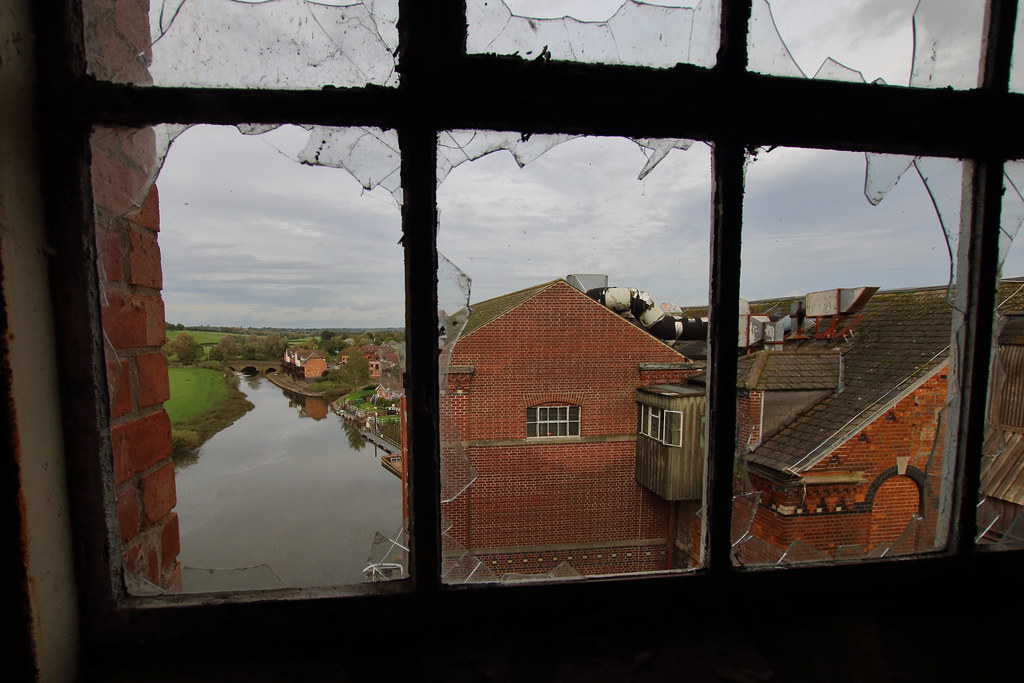 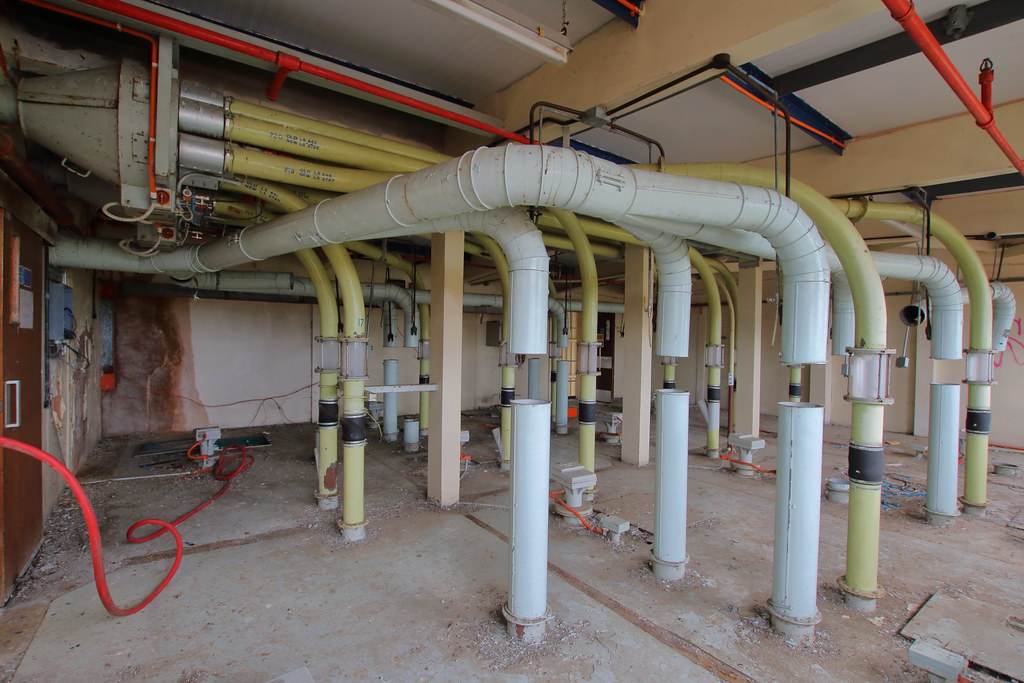 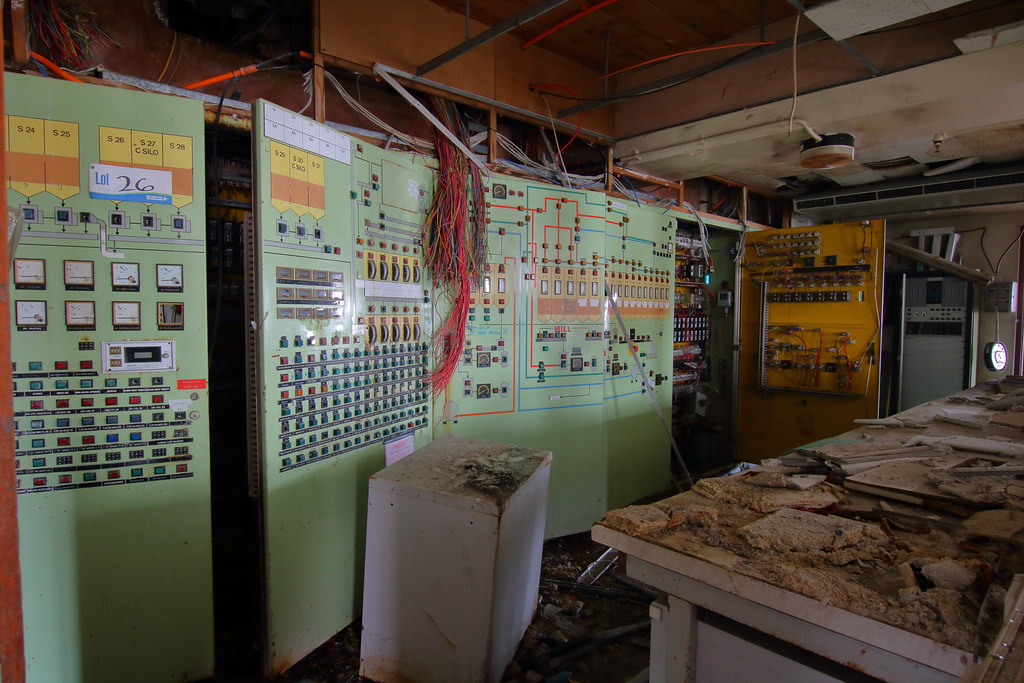 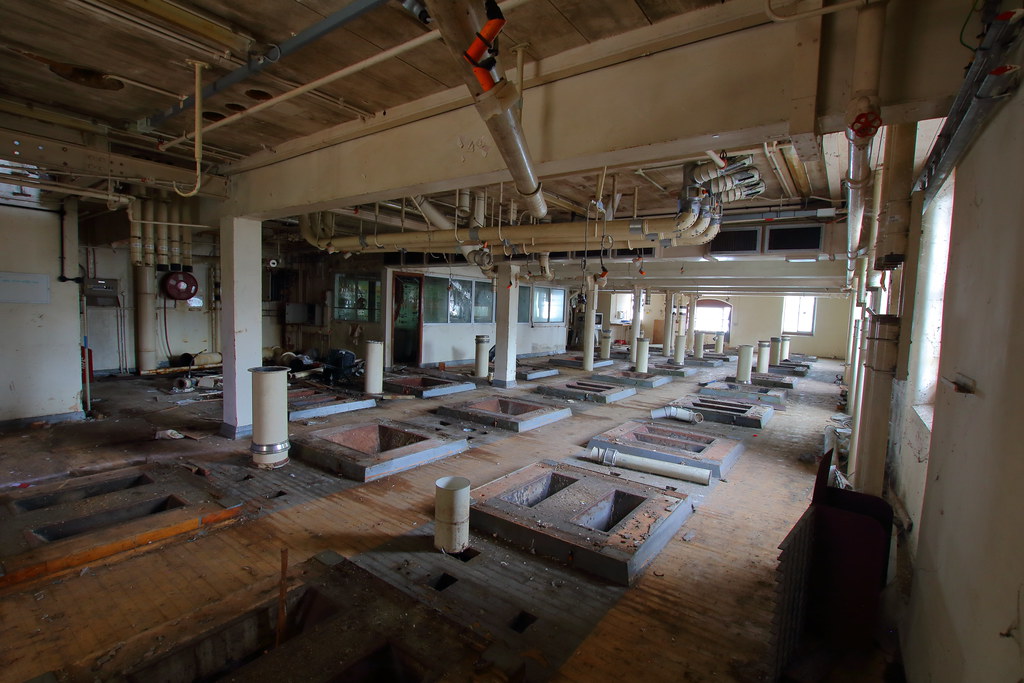 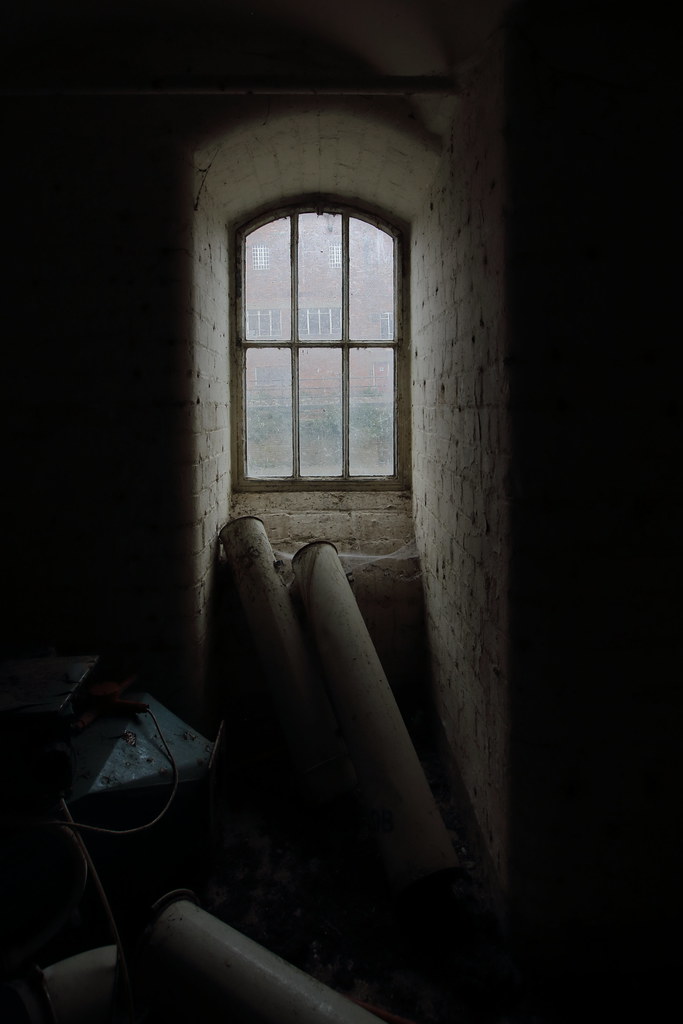 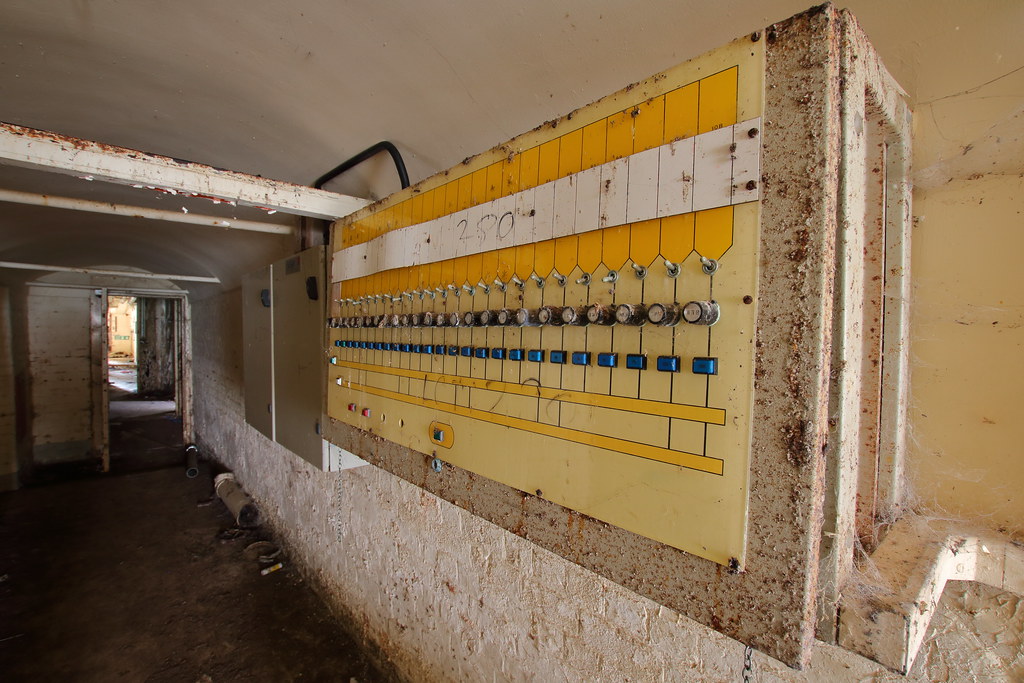 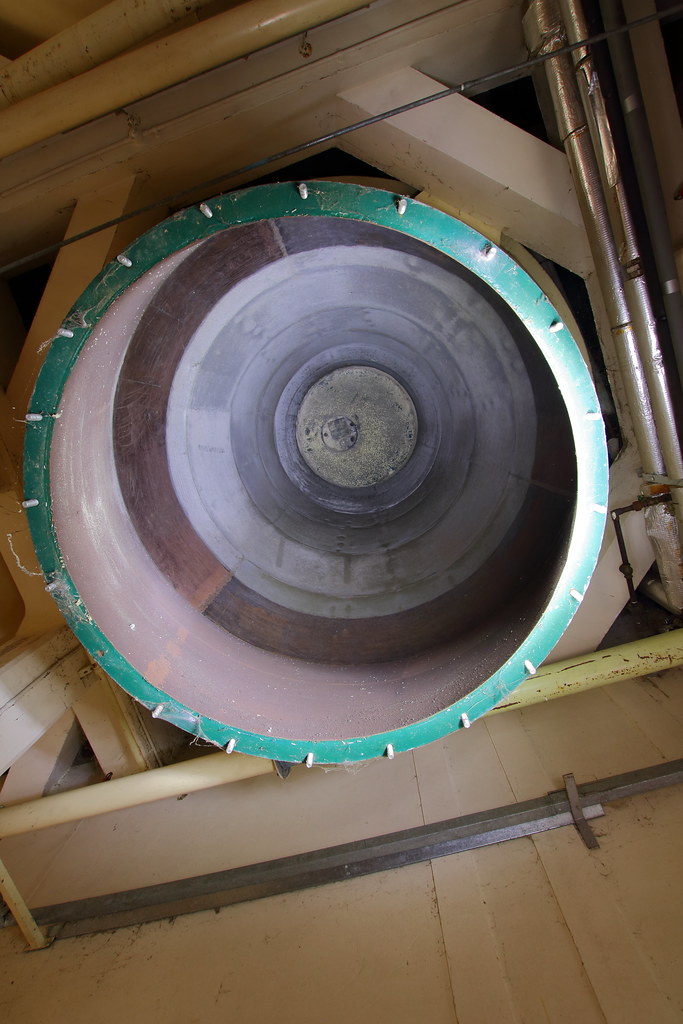 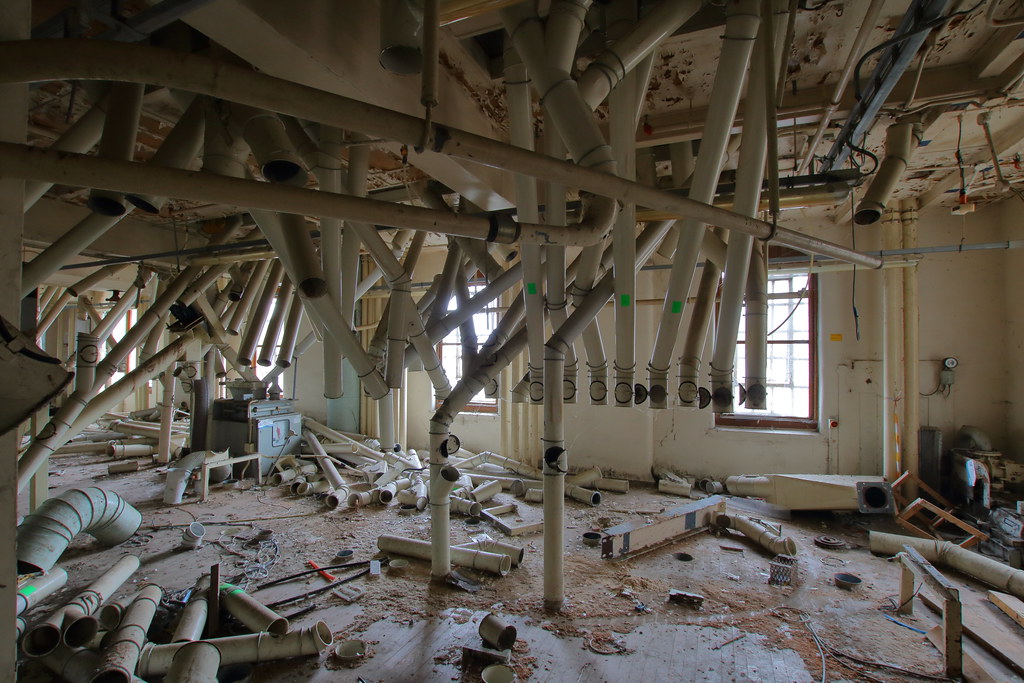 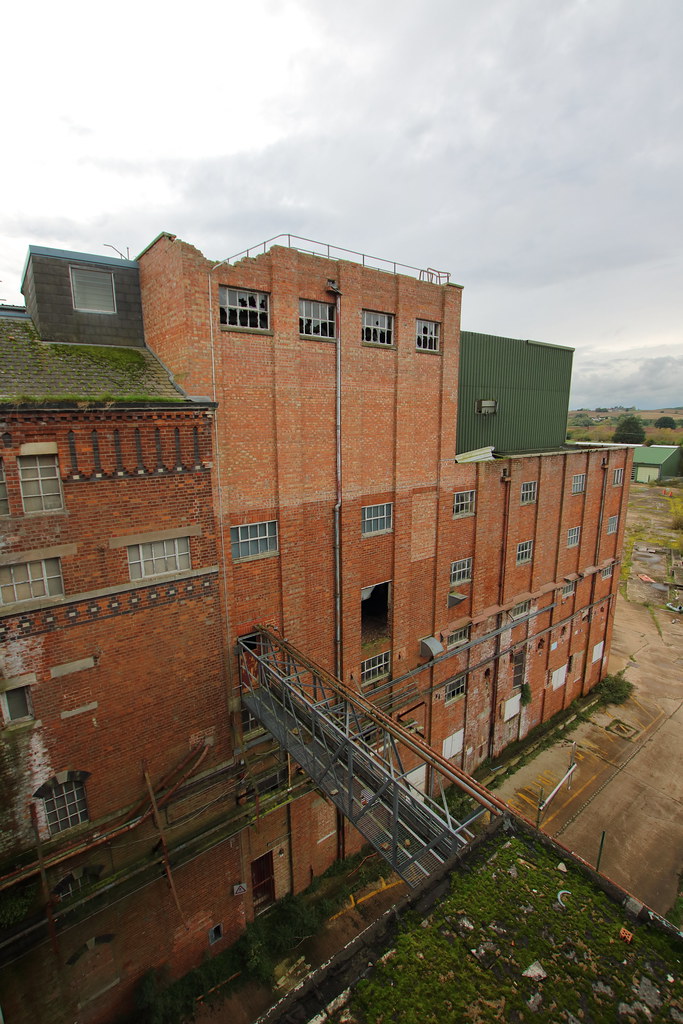 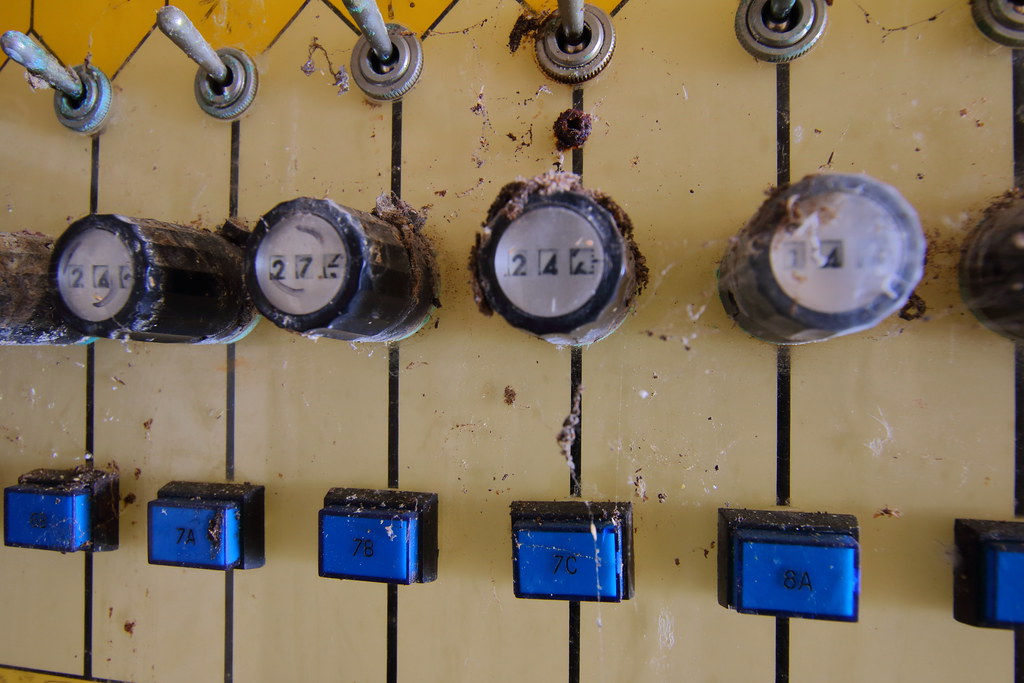 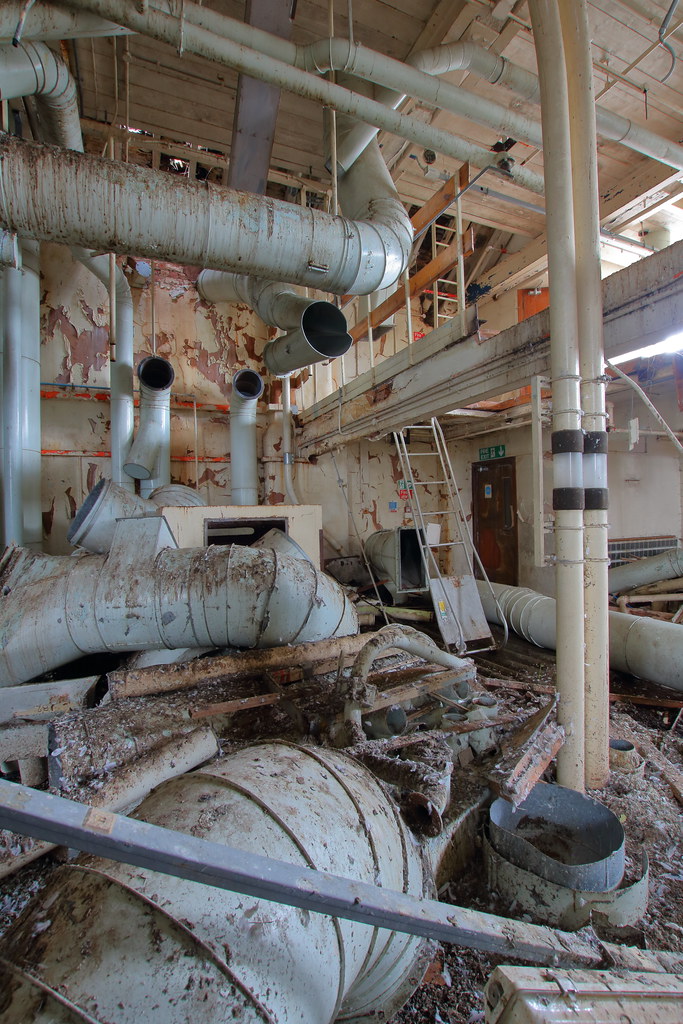 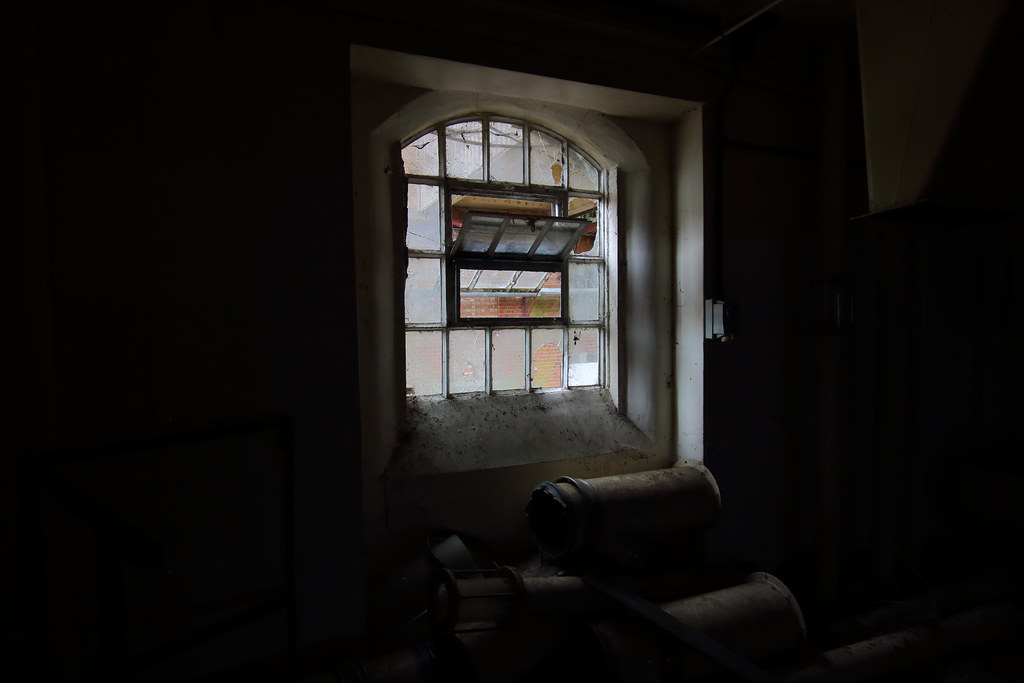 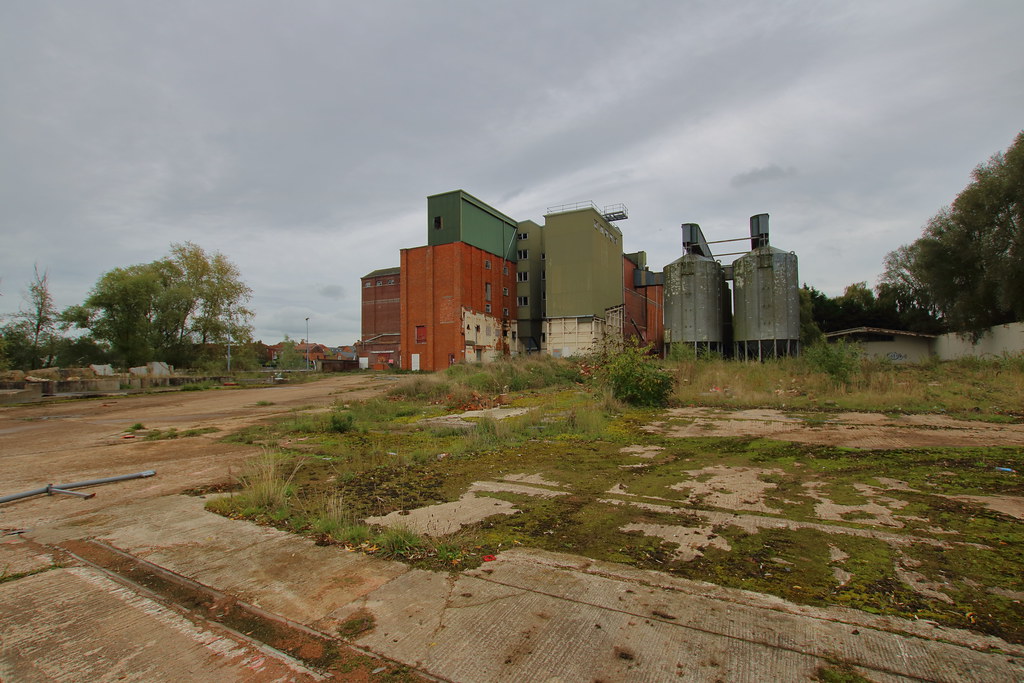 Doing pretty well still; this one!

Agreed, and nice shots, there's much more left than I'd expected.