Kirklees College started life as Huddersfield Infirmary in 1831 up until 1967 when the Ramsden Technical College moved in, they paid £105,000 for the site.

The campus incorporates 10 buildings over a 6.1 Acre site ranging from the old hospital complex to modern blocks of classrooms.

Some of the buildings have been used for the filming of the dramas Black Work, Remember Me where they changed some areas to be a care home, a hospital and a police station and the film Extremis. Some of this still remains as you will see.

The site is owned by Wiggett Construction Group, who have now confirmed they want to demolish the 1970s college buildings to make way for a Lidl supermarket.


The place is way beyond trashed with every inch torn up for scrap, thieves have caused several fires by burning the plastic covering off the copper wire. Still some nice stuff left so it was an enjoyable way to kill a few hours, visited with Birdman Whistle. 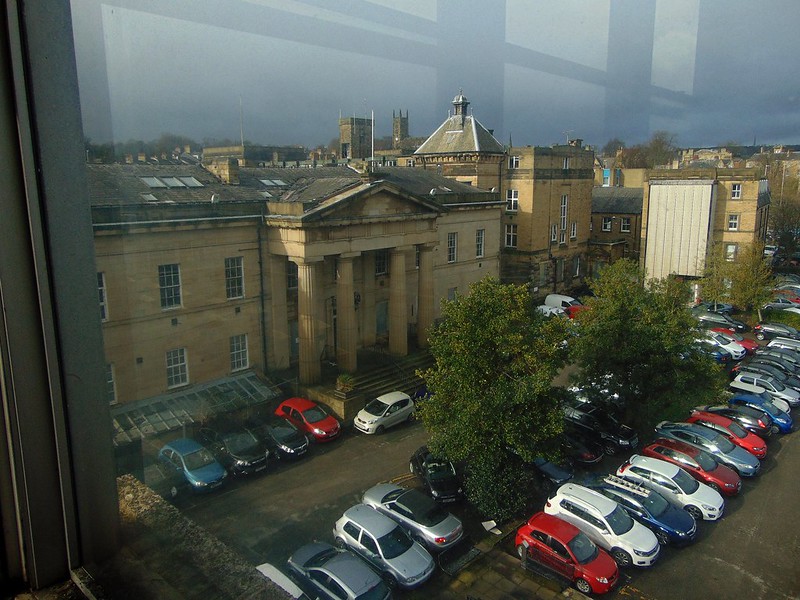 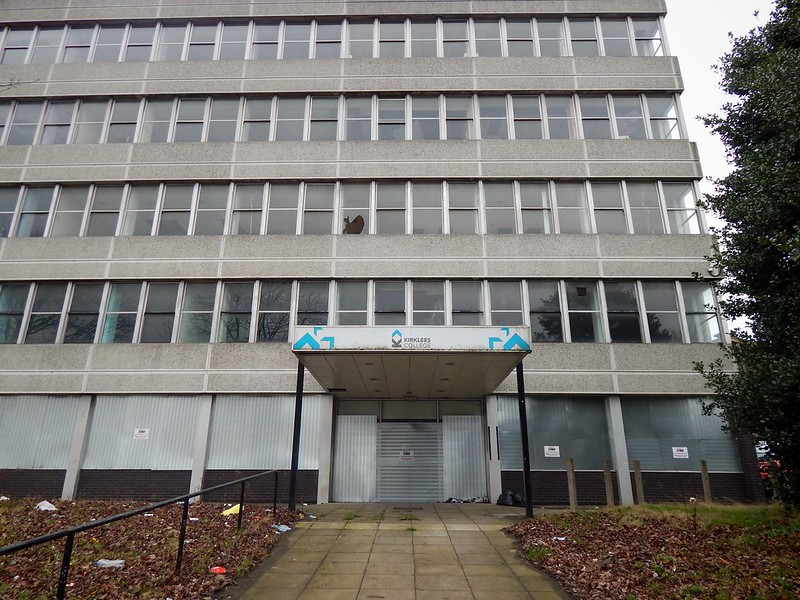 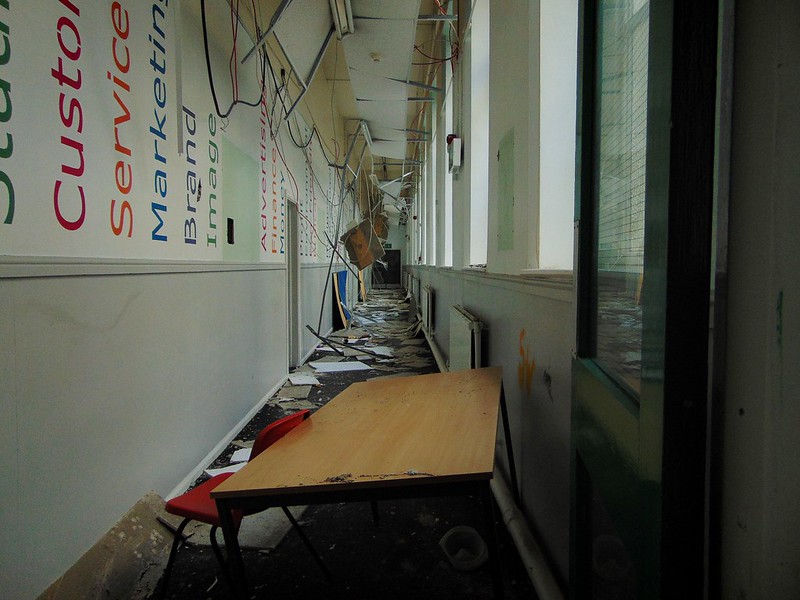 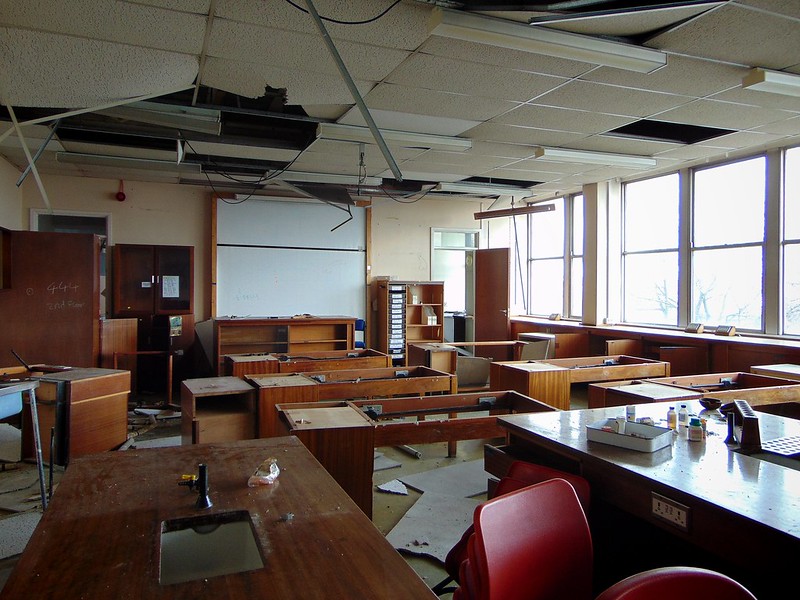 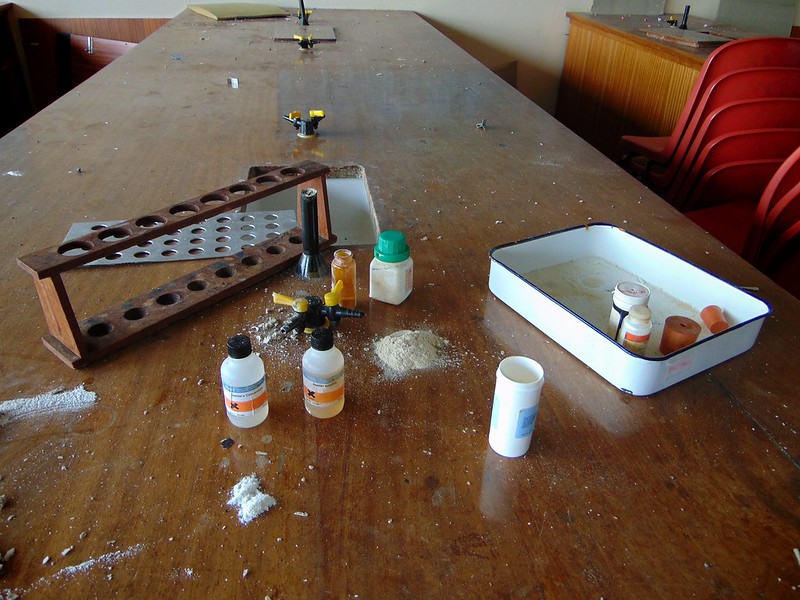 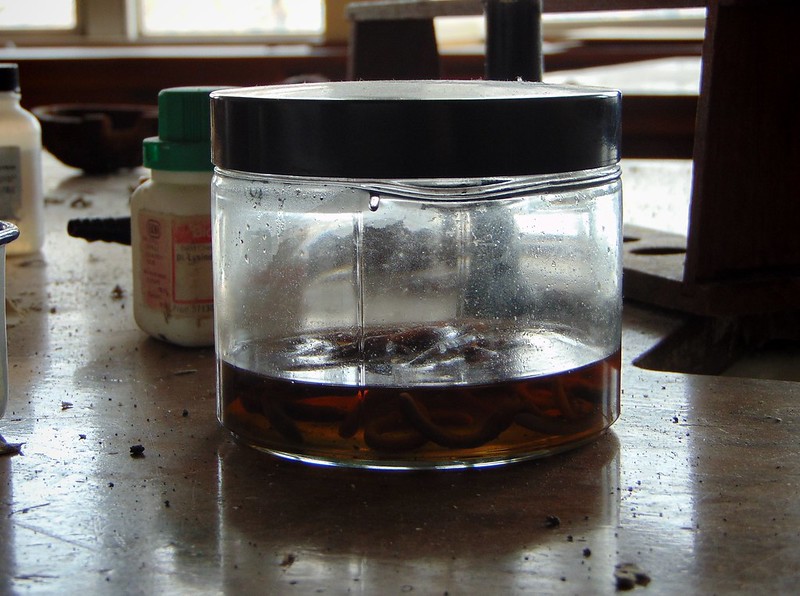 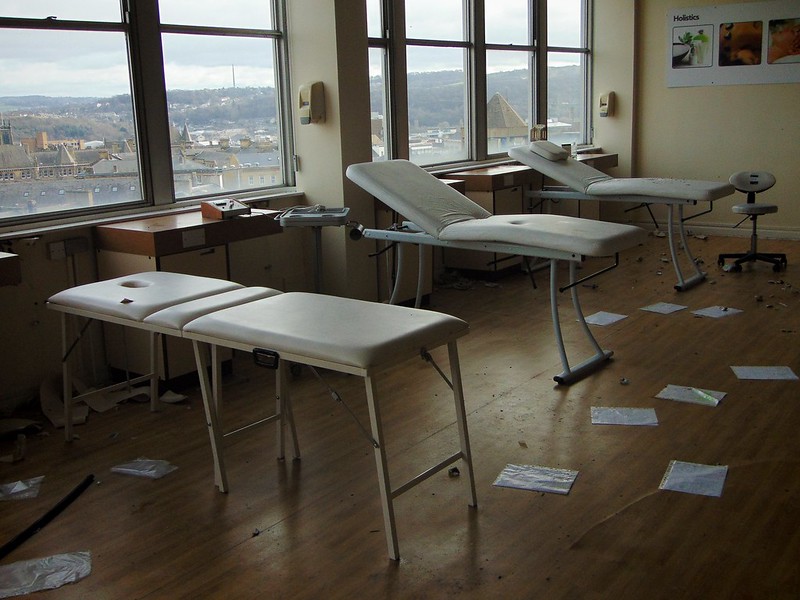 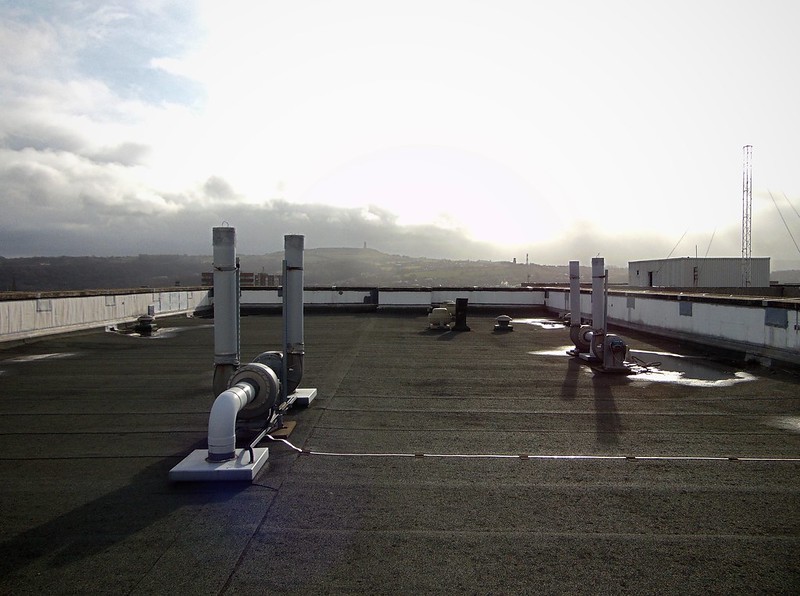 Some of the sets and also some of the least smashed up areas: 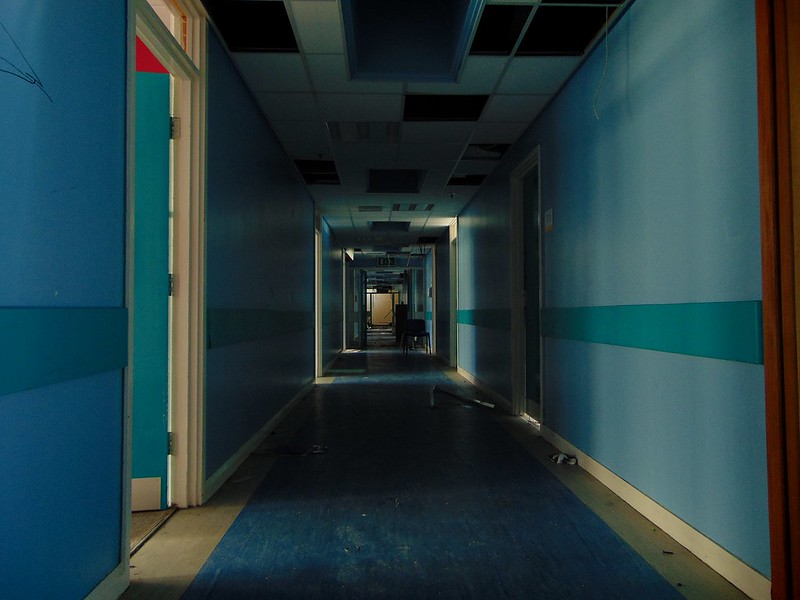 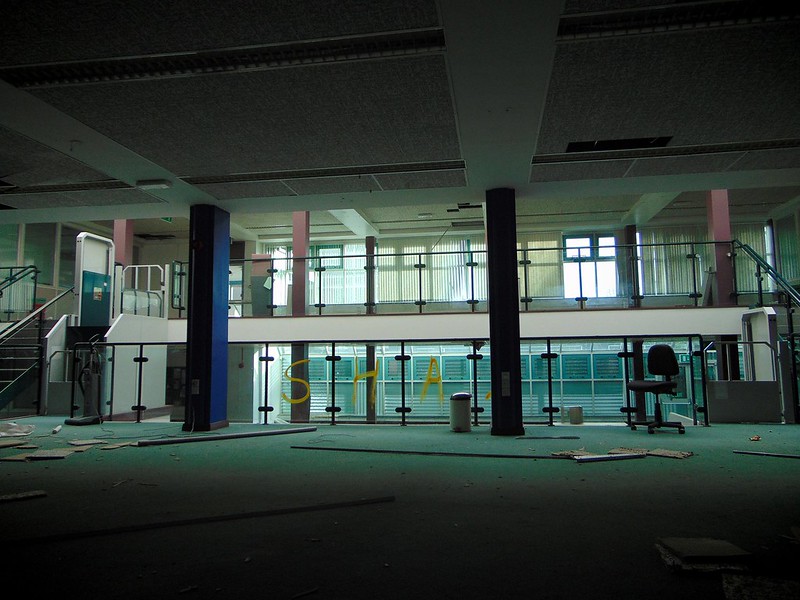 These are from the old infirmary building where they filmed Extremis: 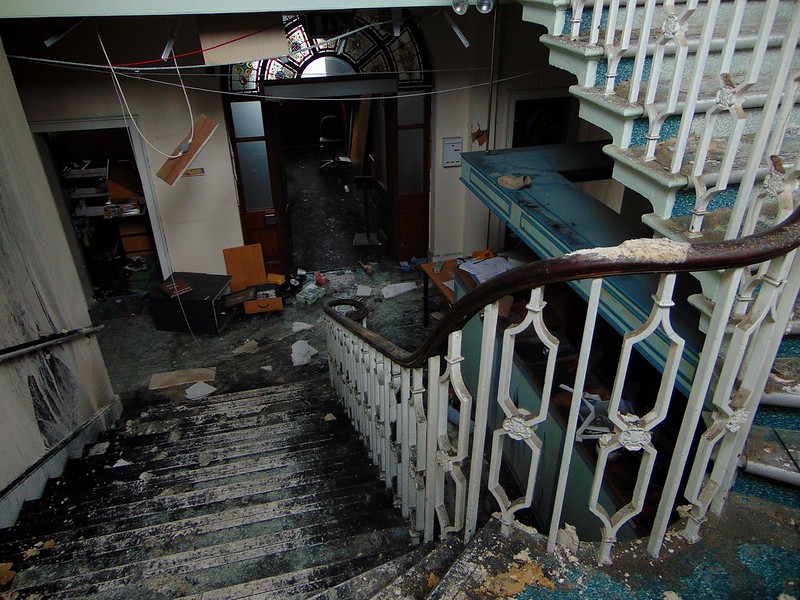 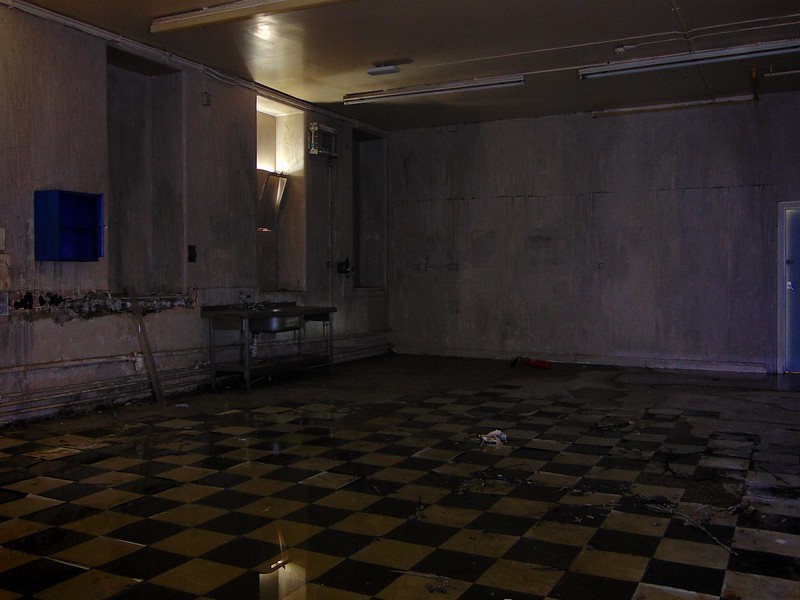 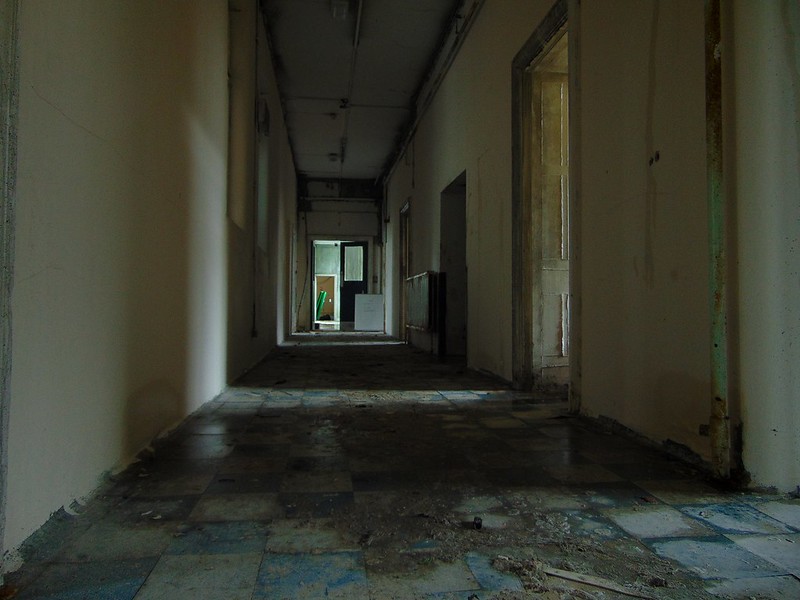 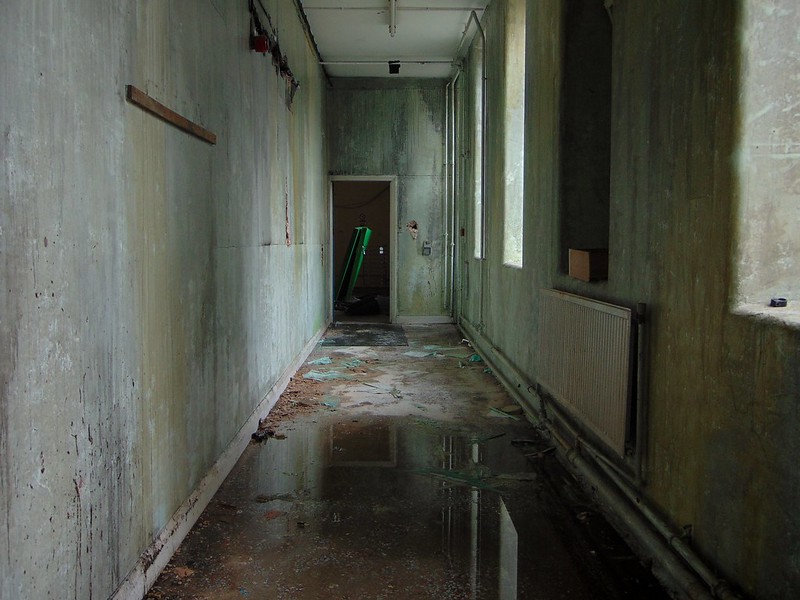 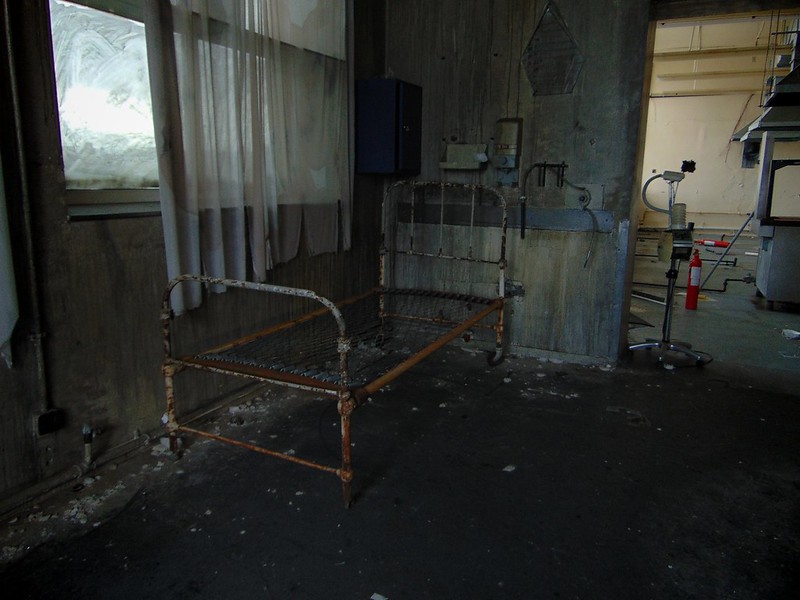 And finally heres some stills from Extremis you can recognise the bed and that tiled floor: 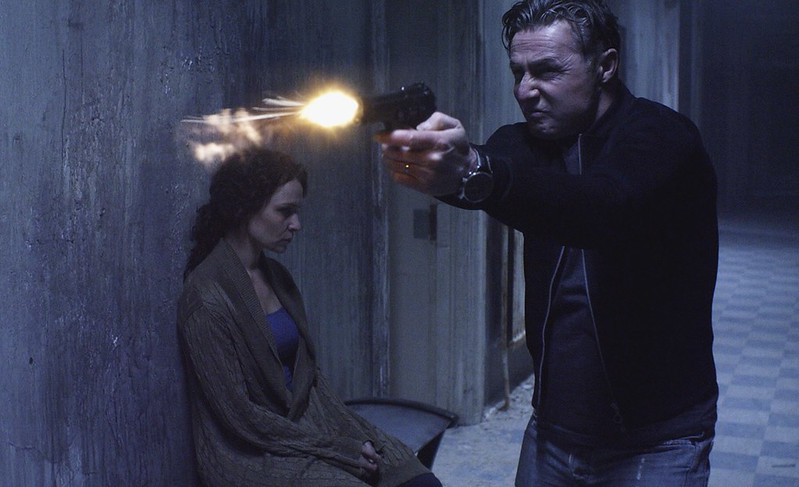 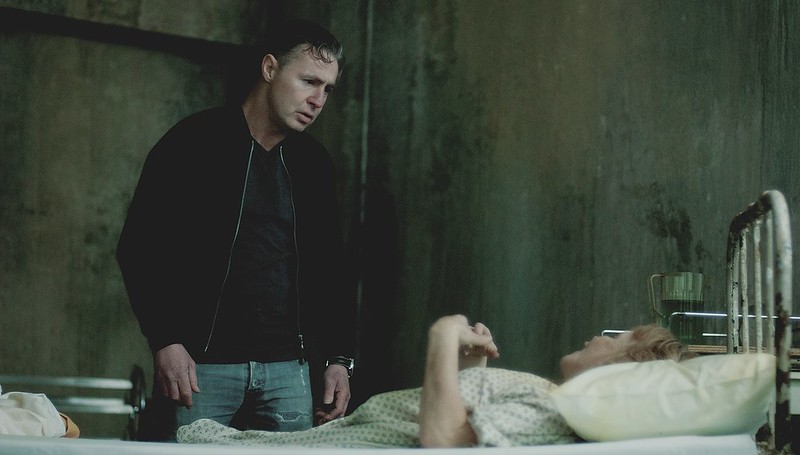 I do like the older side especially the hallway fanlight stained glass window.Great photography.

Wow this is so cool I really want to go! Great photos

Cheers, yeah it's massive just a shame half of it's smashed and torn up.

flyboys90 said:
I do like the older side especially the hallway fanlight stained glass window.Great photography.
Click to expand...

That's my favourite side too. Thanks for the kind words - not bad for just a cheap bridge camera then

Rubex said:
Wow this is so cool I really want to go! Great photos
Click to expand...

Cheers, sadly it's days are numbered, I'm pleased I got to see it before it went though.

That well worth a nose, I liked it, Thanks

Decent Thanks for posting.

Nice one, reminds me of he old Tresham College. Loved the addition of the stills also.
Thanks for sharing

UrbanX said:
Nice one, reminds me of he old Tresham College. Loved the addition of the stills also.
Thanks for sharing
Click to expand...

Cheers, I've just had a look at Tresham College now and I can see what you mean!
You must log in or register to reply here.