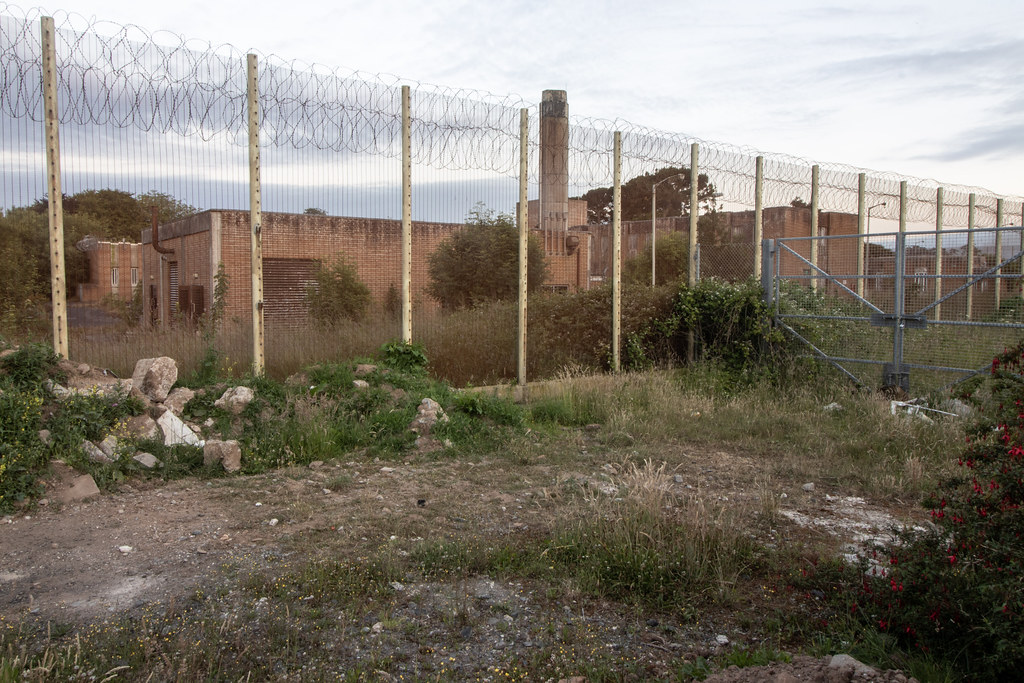 Recently sold for a mere £1.2 million, the site of the former HM Borstal is hug - covering 43 acres and with numerous buildings, including 27 homes and various outbuildings. The site, which was most recently owned by the Northern Ireland Prison Service (NIPS), was used as a prison officer training facility until 2015, and also housed the NIPS private museum and a dog training section, amongst other facilities. In 2016, due to budget pressures, the site was closed, listed for sale, and remained on the market until July 2018. The central building, the impressive grade B2 listed 'Woburn House,' is a two story Italianate property constructed in 1863 which proudly overlooks the Irish Sea. Built by wealthy mill owner John Gilmore Dunbar (remembered through Dunbar Link and Dunbar Dock in Belfast) as a summer residence, the property once housed the Archbishop of Armagh and also acted as a convalescent home for injured soldiers of the second world war. The house remained in the family until 1953, when they were forced to sell the house to the Ministry of Finance due to hefty death duty bills. As for the Borstal, in 1956, the facility was opened - a state-run young offenders school housing up to 130 males, between the ages of 10 and 17, who were sentenced to a period of borstal training. Until closure in 1980 (a detention centre was operated on site until 2003, however), the centre was locally referred to as 'the bad boys home,' with many local youngsters being threatened by their parents with admittance if they did not attend school or behave well. The reality, however, was that the school housed the more 'difficult' young offenders from the province. As with many institutions in Northern Ireland, the Borstal was affected by the troubles. In May 1972, following disturbances at Crumlin Road jail, a riot broke out in the Borstal, which resulted in extensive damage to the interior, and 35 of the residents taking to the roof to throw slates and debris at staff. In 1975 a more secure unit was added to the site to deter such behaviour. More recently, the non-denominational facility came under scrutiny amid claims of sectarian abuse from former inmates and in 2016, unfortunately, came under the spotlight of the Historical Child Abuse Inquiry. In 1993, an Independent Inspection from Queens University presented a damning report on the Borstal, claiming the facility was developing criminals due to the number of inmates which re-offend. With a reconviction rate of 89%, it could be deemed that this is correct, however, the staff at the facility at the time were adamant that many inmates were, in fact, ill or disturbed and this was the reason for them re-entering institutions.

A rather nice prison and a manor house that also became an asset of the NIPS site. There are many Art Deco features inside and some lovely decay. This was an ideal beginning to our Ireland trip, utilising the full duration of daylight to see everything after the ferry over from England. Following this, we would search for a camp spot for an hour or so, before giving up and squashing into our two cars to settle for the night. The views of the beach the next morning truly made up for it. 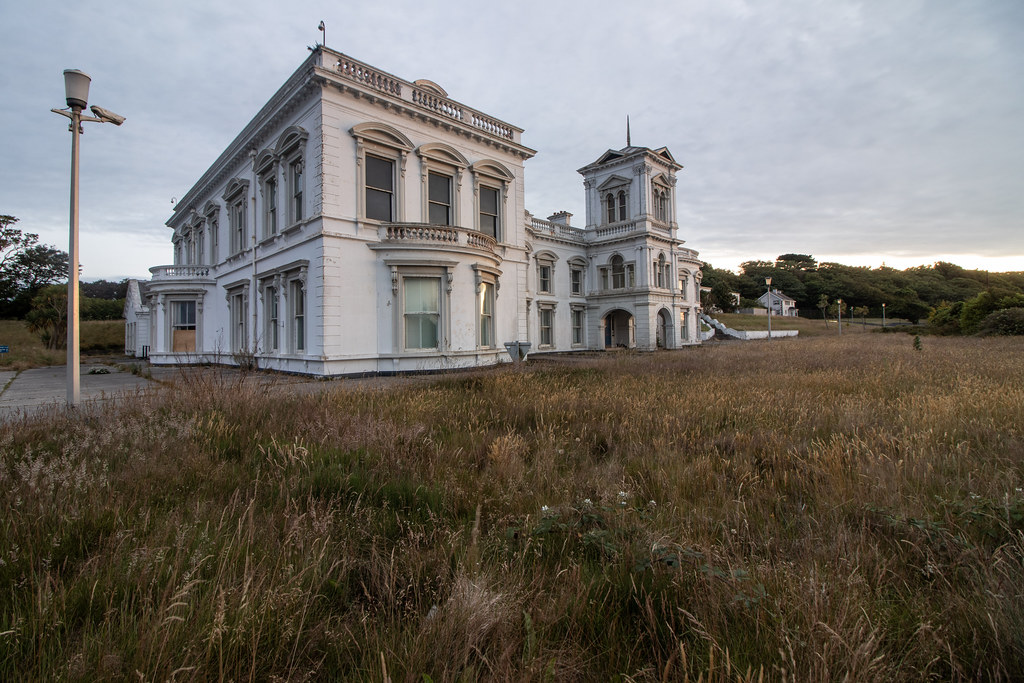 Woburn House, used as a hospital during WW2 and a private museum by the Northern Ireland Prison Service. We did get inside the property, but it was so renovated and trashed that I didn't take any photographs. 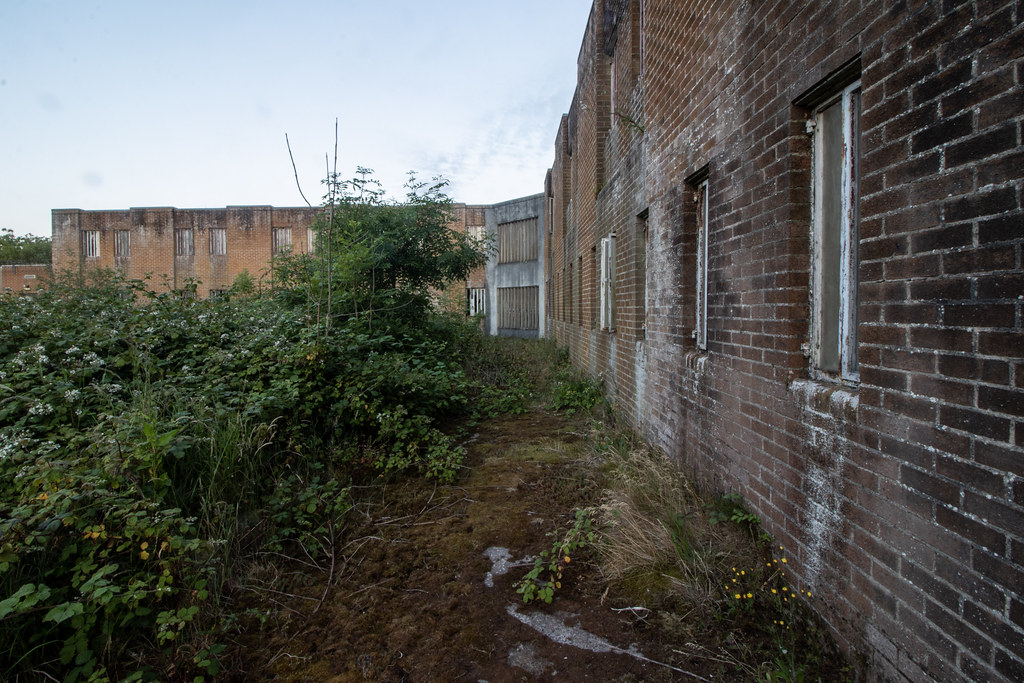 Beyond the fence of the main prison block. 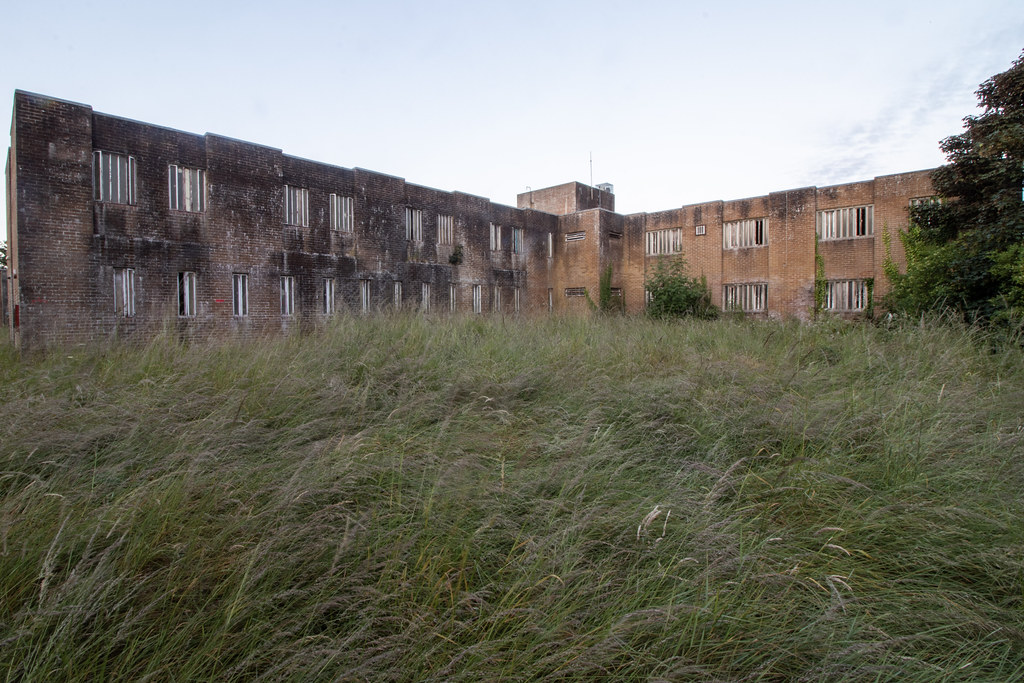 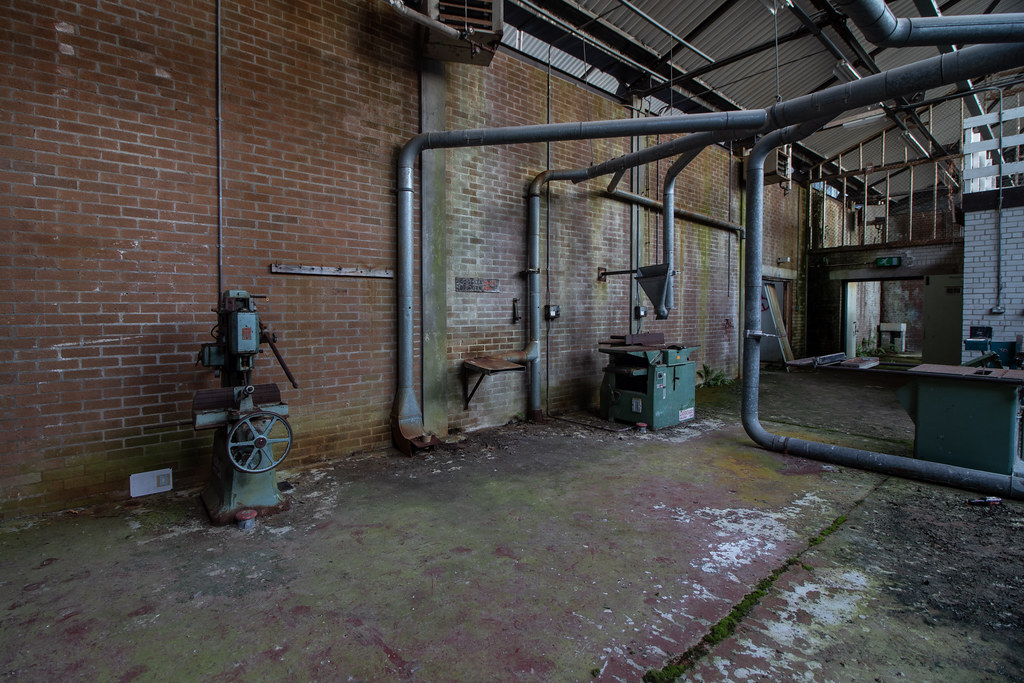 Workshops in a recreational building. 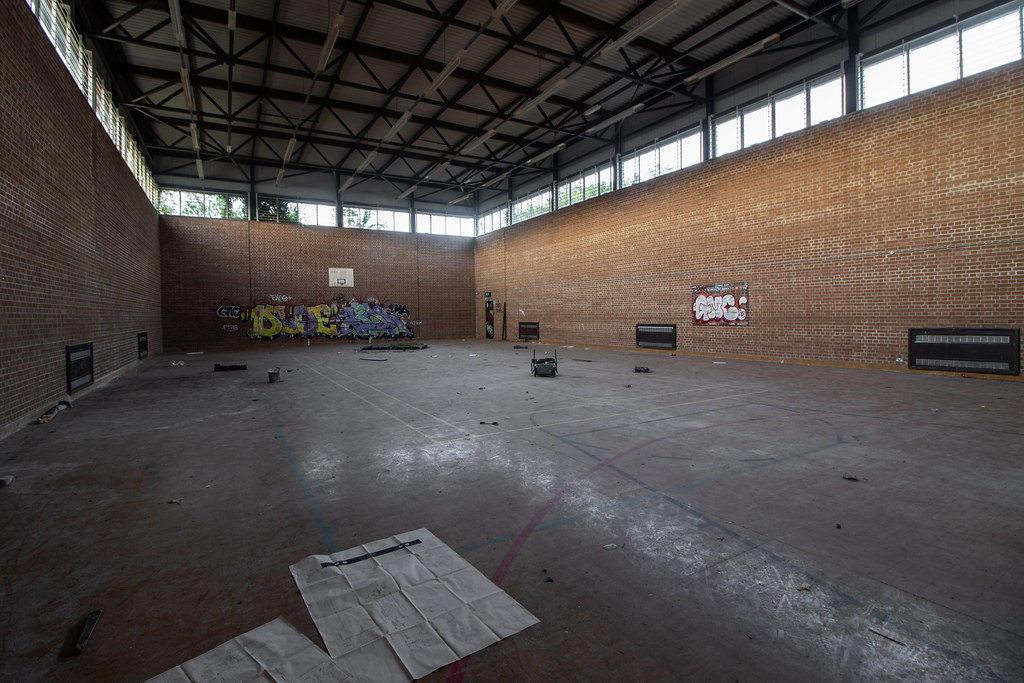 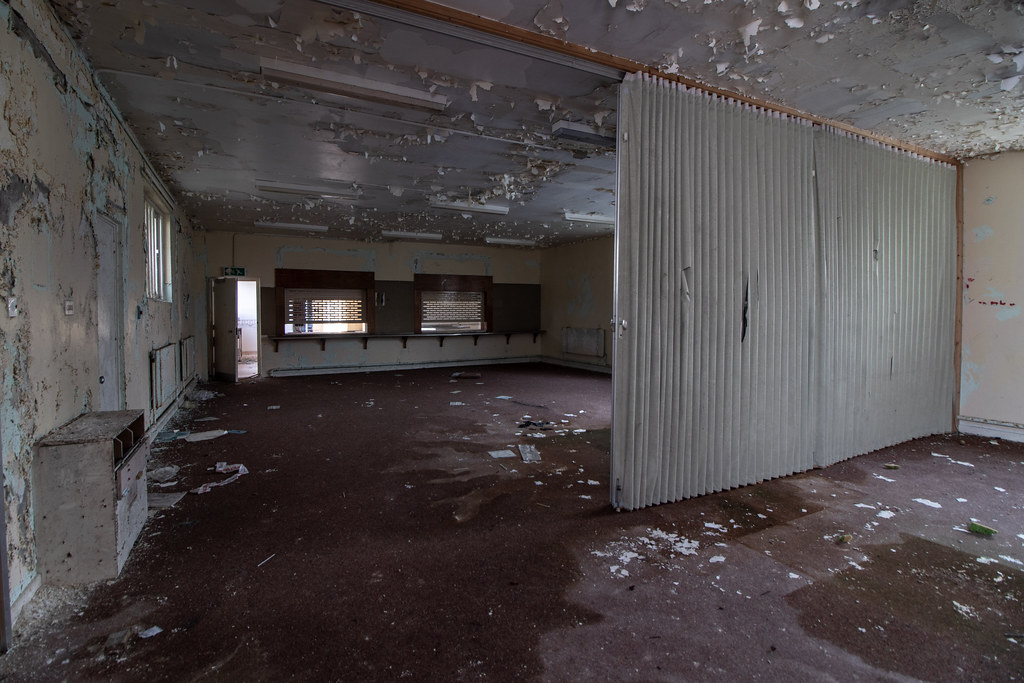 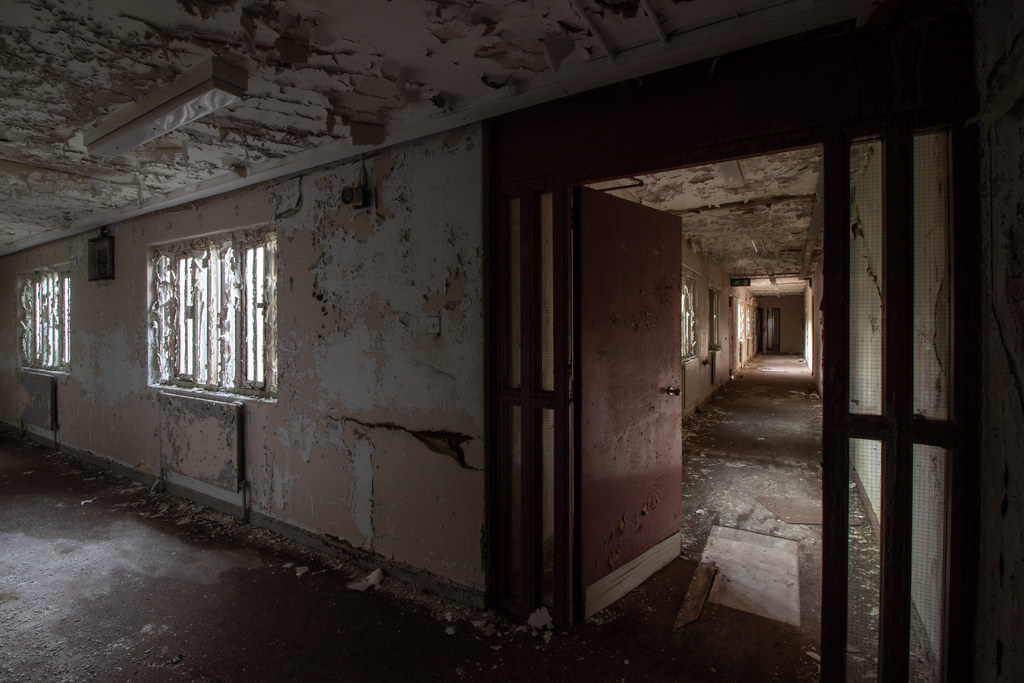 Moving into the main selection of cell wings. The corridors across the entire property were super peely, glowing in the sunset light. 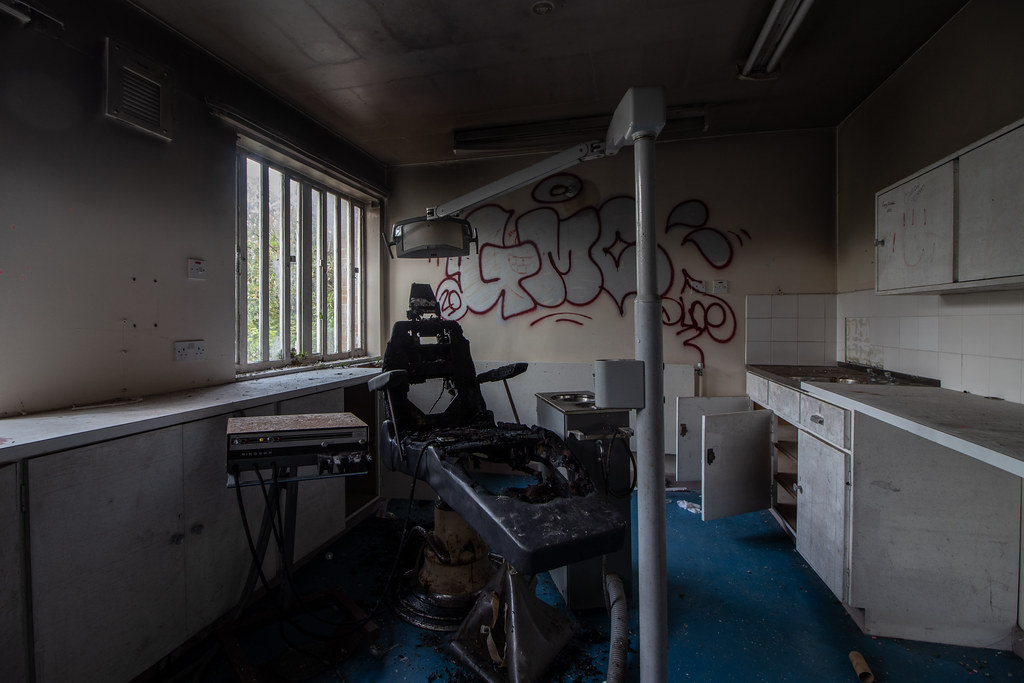 Dentistry. The chair was intact, just about, after being set on fire recently. 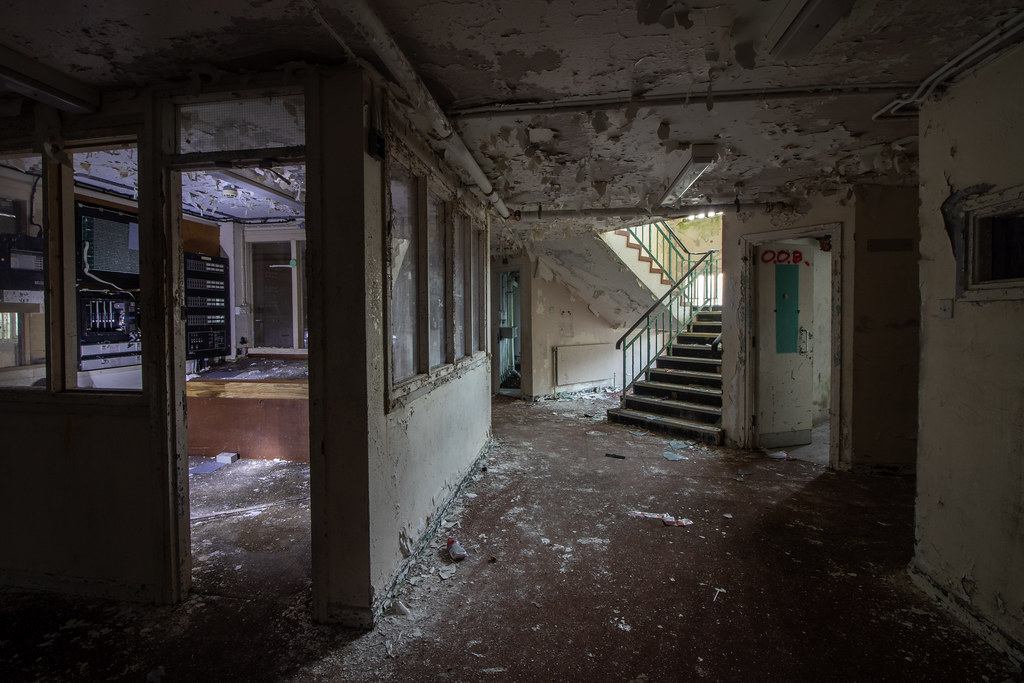 Control booth to lock and unlock the many gates of the site. 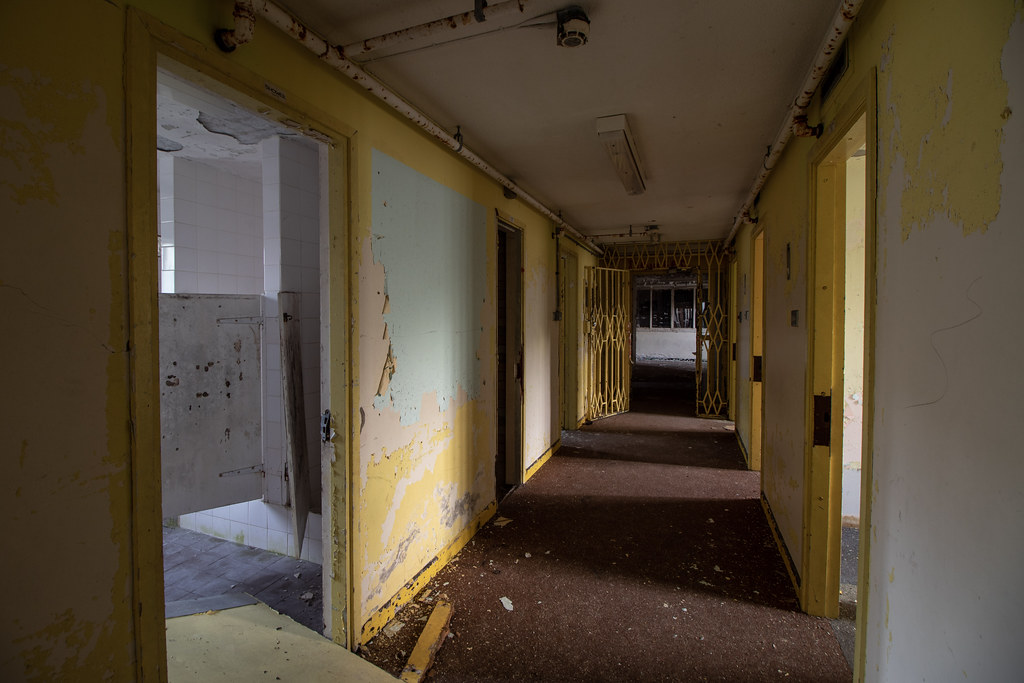 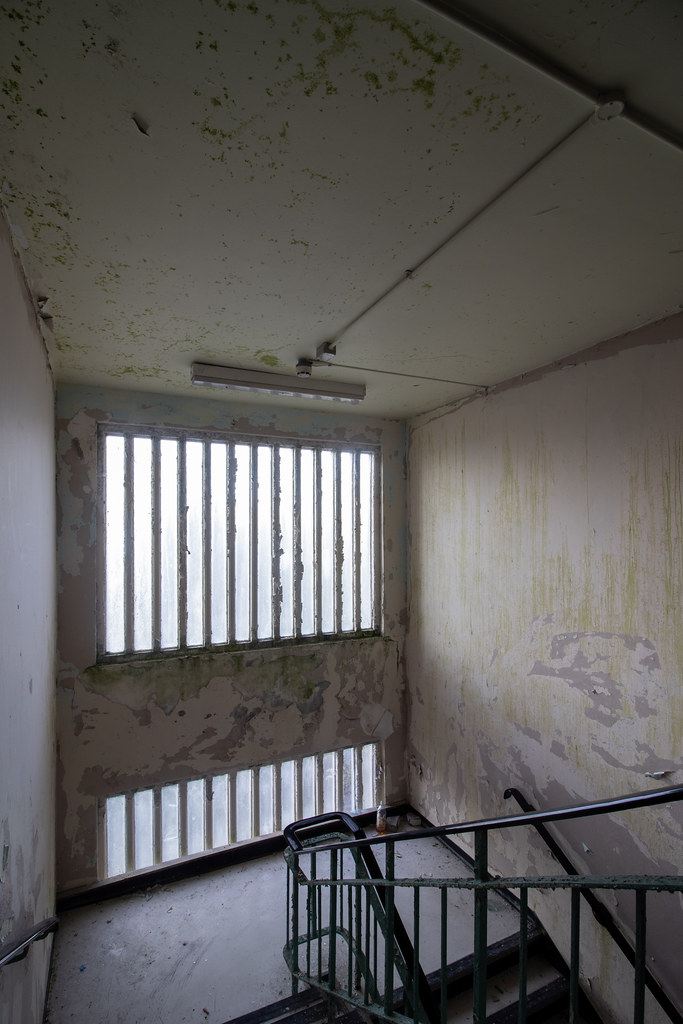 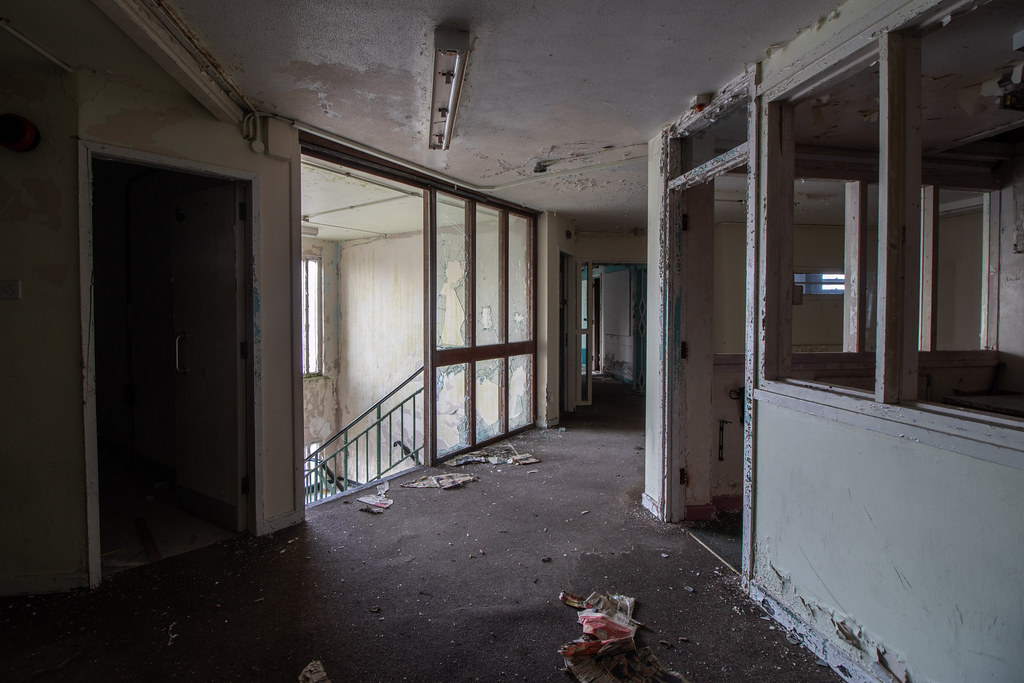 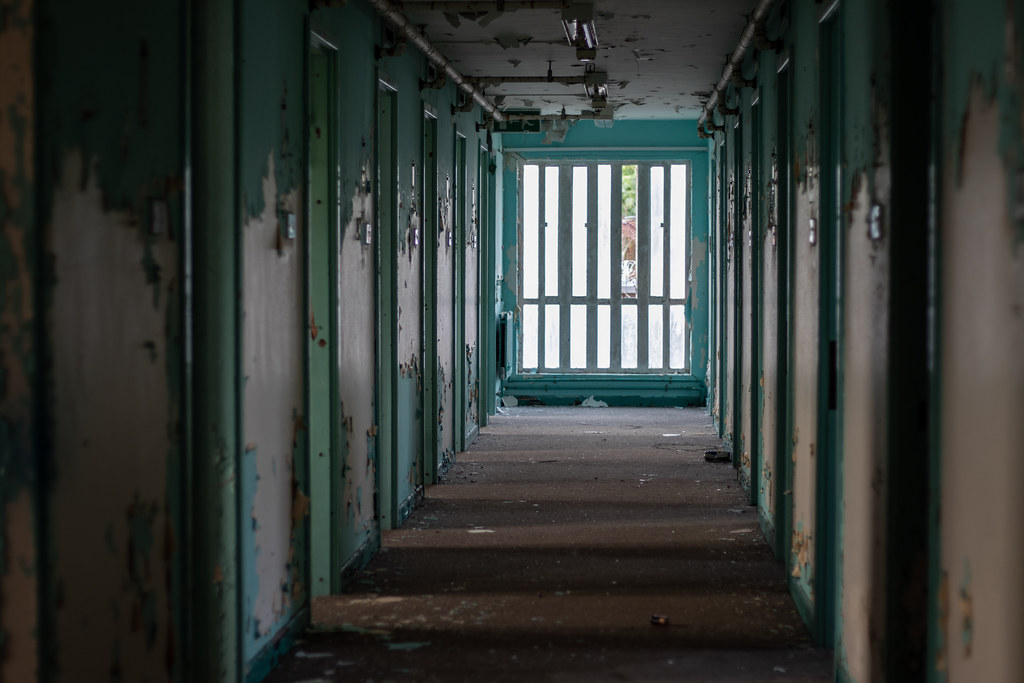 A colourful corridor of cells. Over the few wings, it was clear they intended to make the juvenile holding centre as suitable as possible, the colours ranging from bright yellows, greens and blues. 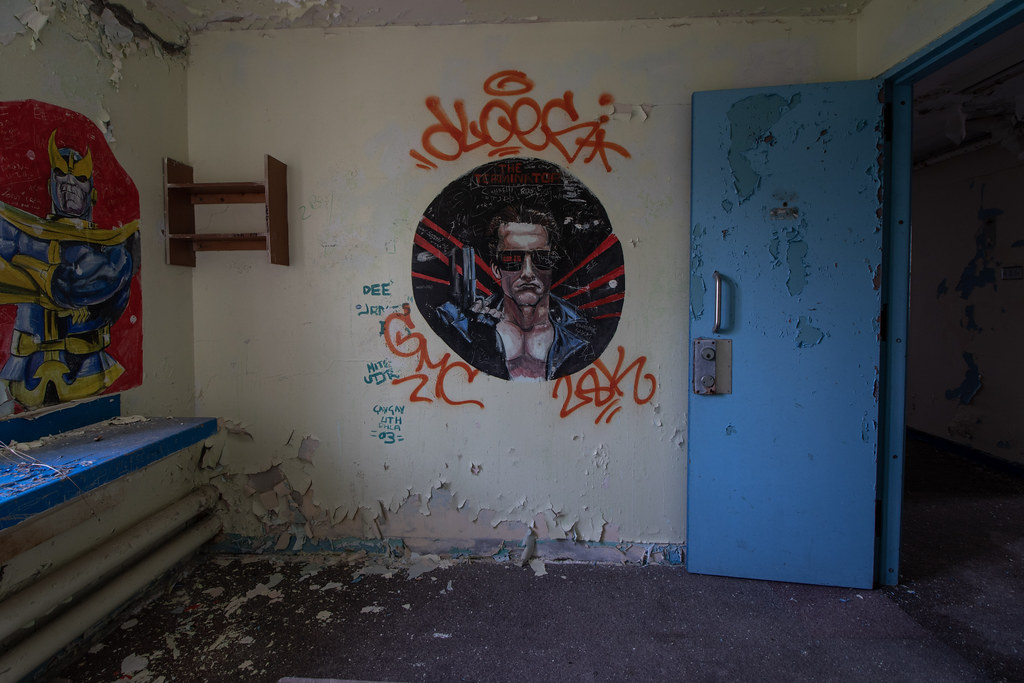 Arnold artwork on the walls, a common feature in most of the cells. 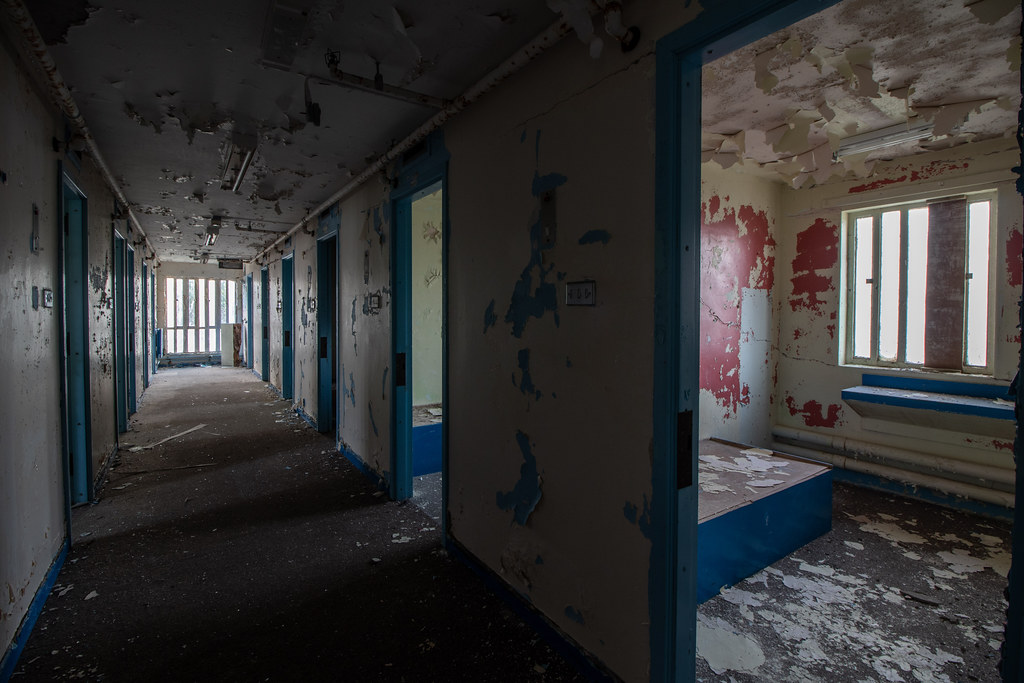 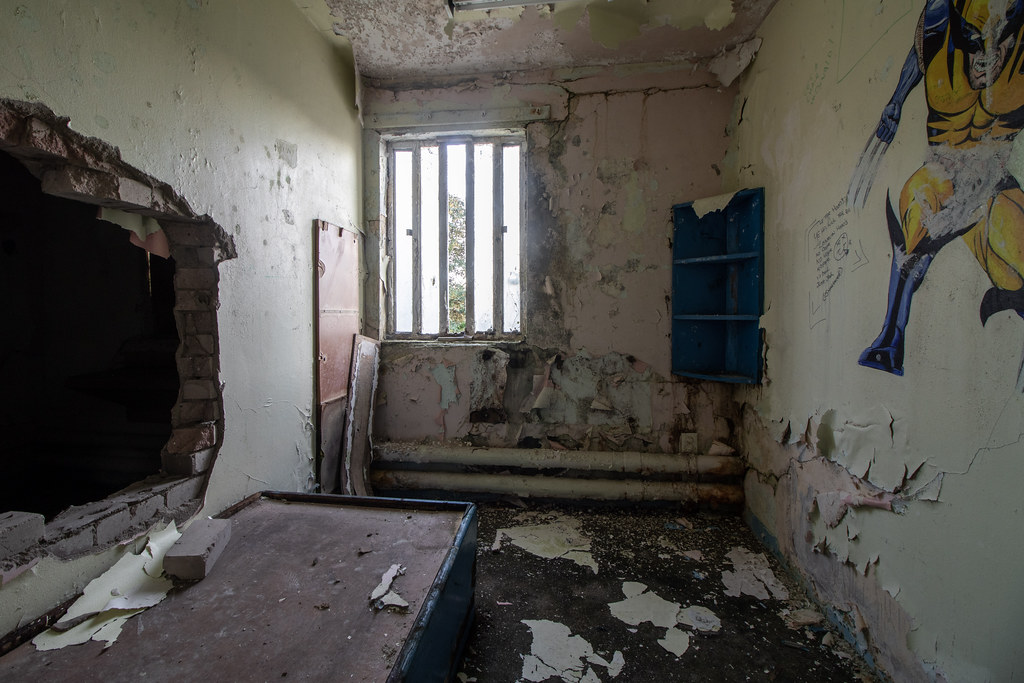 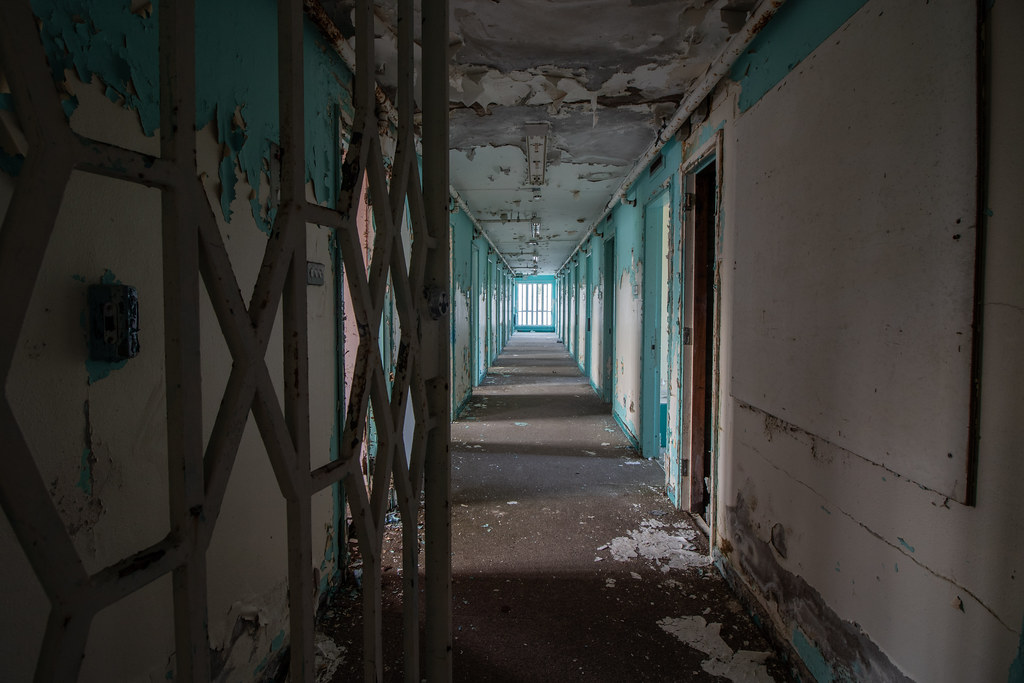 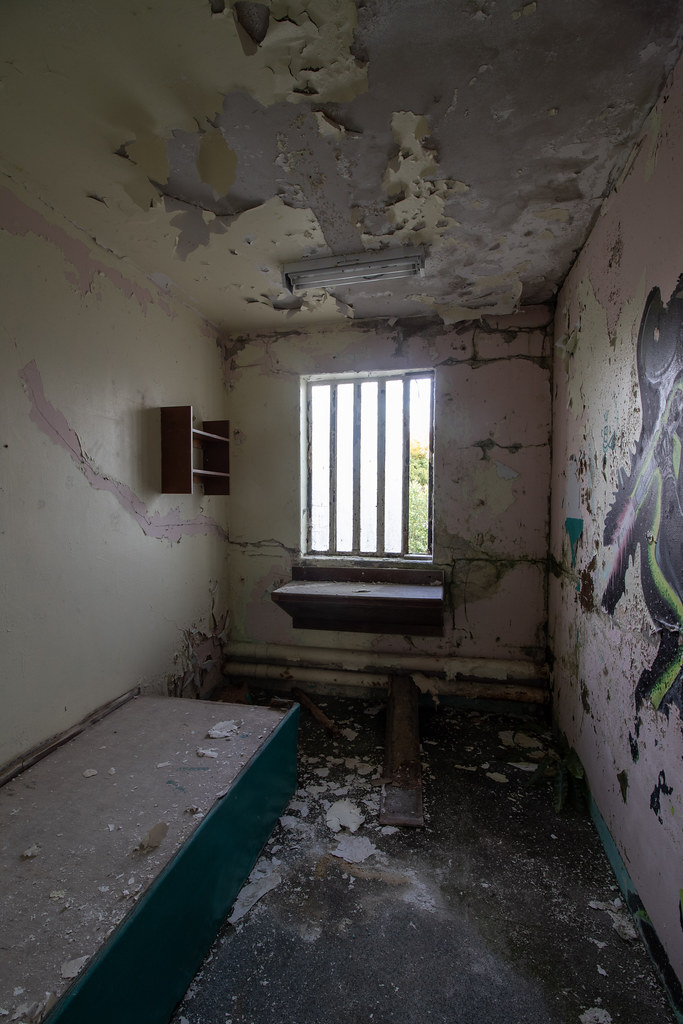 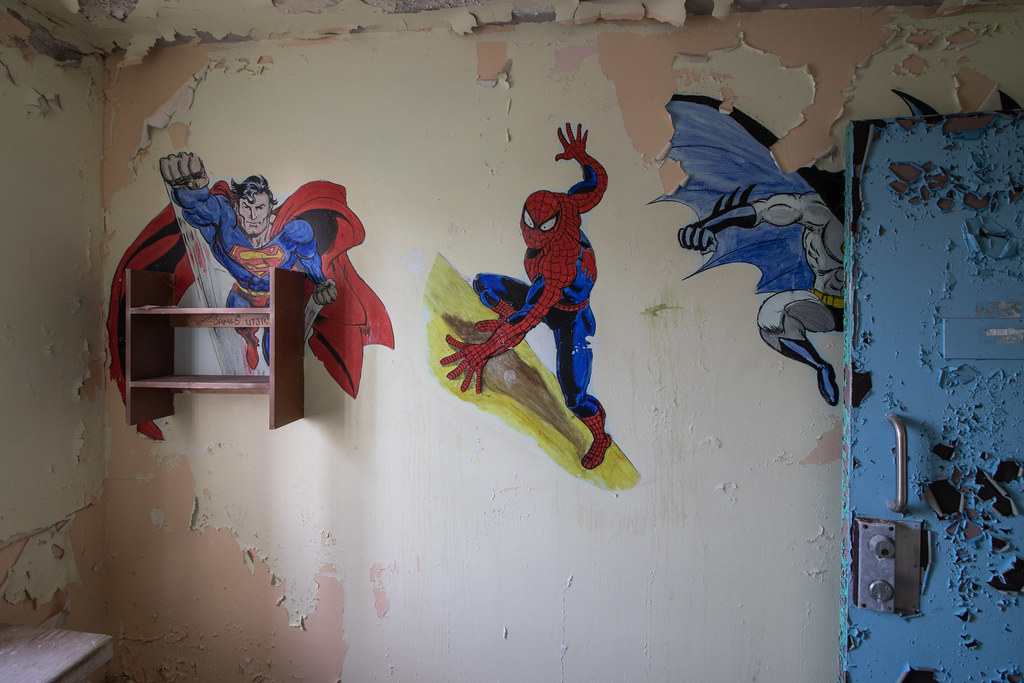 Batman may never been seen again, because the door was jammed. 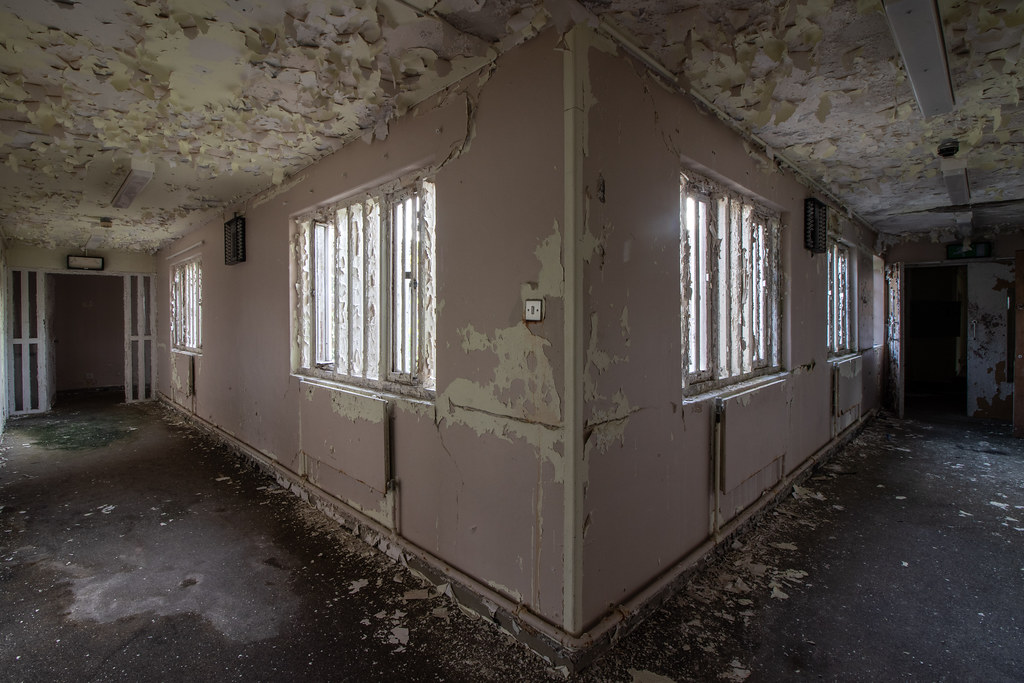 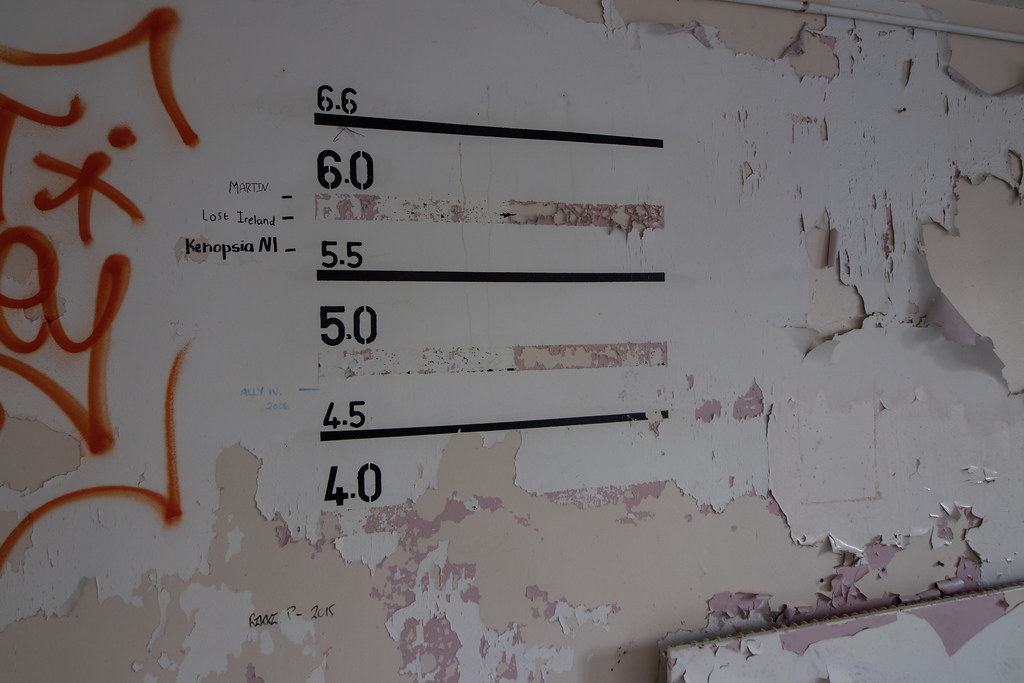 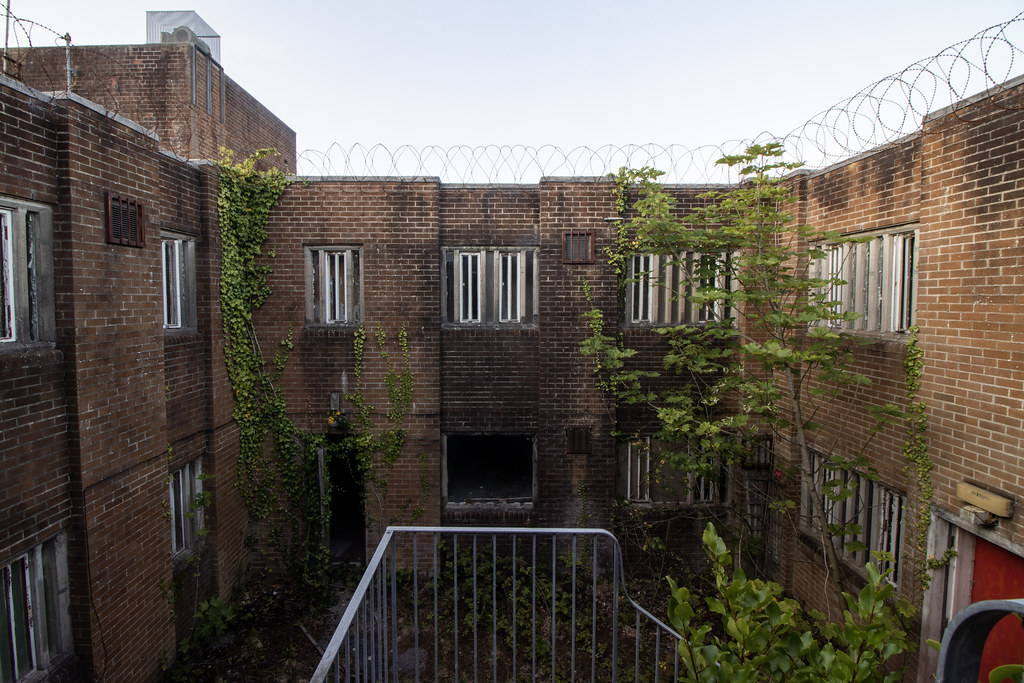 That was all for the inside. Hardly showed how large the complex actually is, but it was mostly bare and graffiti sprouted over a lot of the walls. To finish, here's a sunset photo of the beach opposite. You can see a huge bonfire occurring across the water to celebrate a century of independence from the scummy Brits. 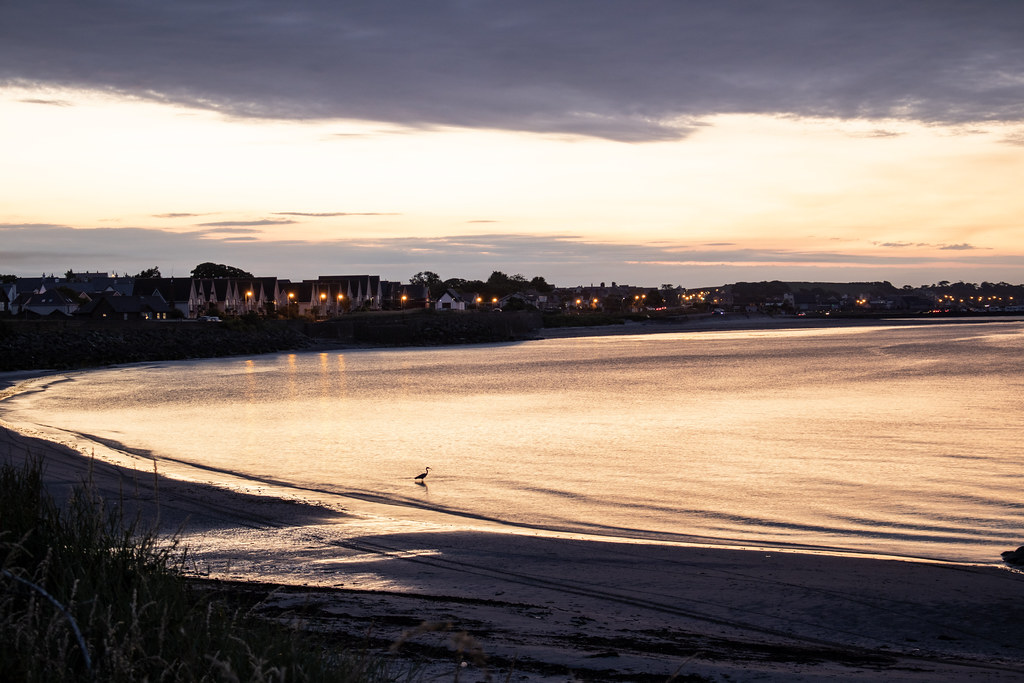 Here is the link to our documentary styled video we filmed at the Lisnevin Boys Prison. We cover the site's past, present and future through cinematics and narration: