So 2017 went with a fairly slow start, having only done a site I have done to death before (just to get that floor in shot!). Me and two local friends (non-members) headed to the Midlands with a list of sites to do; a very rare occasion that I was navigating as opposed to driving!

Said friends were keen as mustard to be exploring and joining me in delving through the history, so all good on that front!

The first two sites were total failures, Wyre Forest Glades in Kidderminster was being demolished, we turned up to the scene of carnage as the interior was being pulled out, and our next site; a local school was also no go.

I had a few places further East from here and Stourbridge was only up the road, so we decided to try Longlands! I have been wanting to do this one for about two years, and its now sadly totally ruined, but we still spent a good few hours on site exploring the mix of modern and not so modern school, and we were able to find the odd cool thing!

There was some really good Art coursework left behind here, which is a real shame!
Longlands was first built and opened in 1912, and was extended quite extensively during the 60s with a new gymnasium and class blocks built. This extension included a classroom perched right on top of one of the original 1912 wings; not a common “improvement” to a school.

The school closed in 1990 as Longlands School. Despite having 500 students on it's records in 1989. Longlands was amalgamated with High Park School in Wollaston.
In the later years, the school was taken over by Stourbridge College who used it as their centre for Creative Arts and Design, and that eventually closed its doors in around 2011.

In September 2011 a reunion took place in the grounds for pupils of the original Longlands School which saw hundreds of former pupils turn out from all over the world.

There is some lovely architecture remaining, but the place is sadly absolutely wrecked by local kids/scumbags.
After several hours here, and navigating between the wings of the O-shaped school, we found ourselves sealed into the grounds and had to find another way out to that of the way in.

Once back at the car, we headed toward Birmingham for our next site. 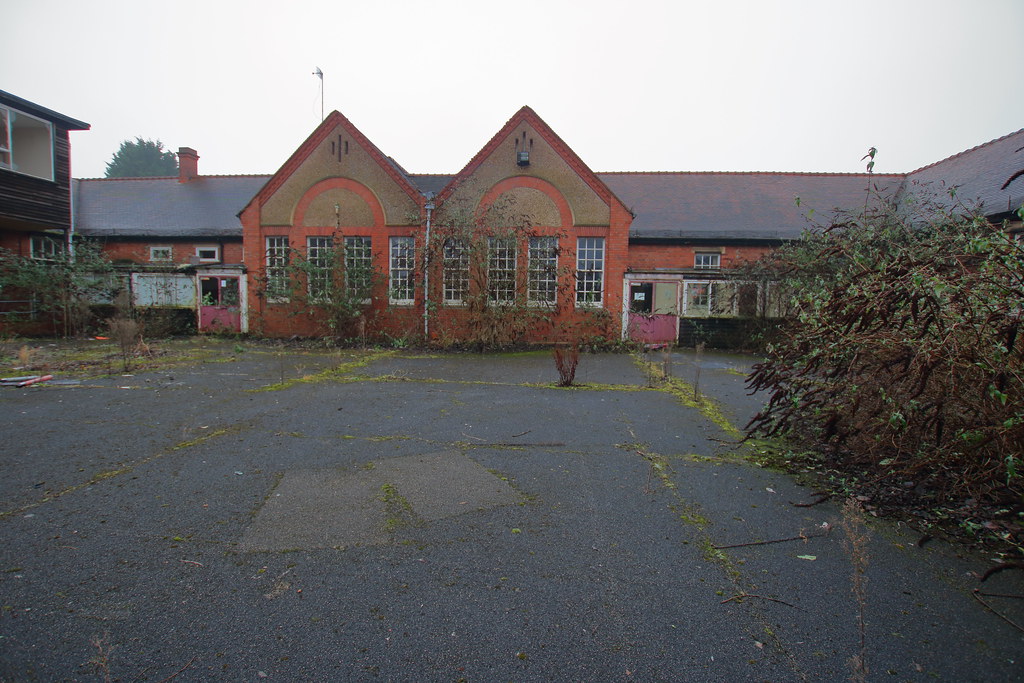 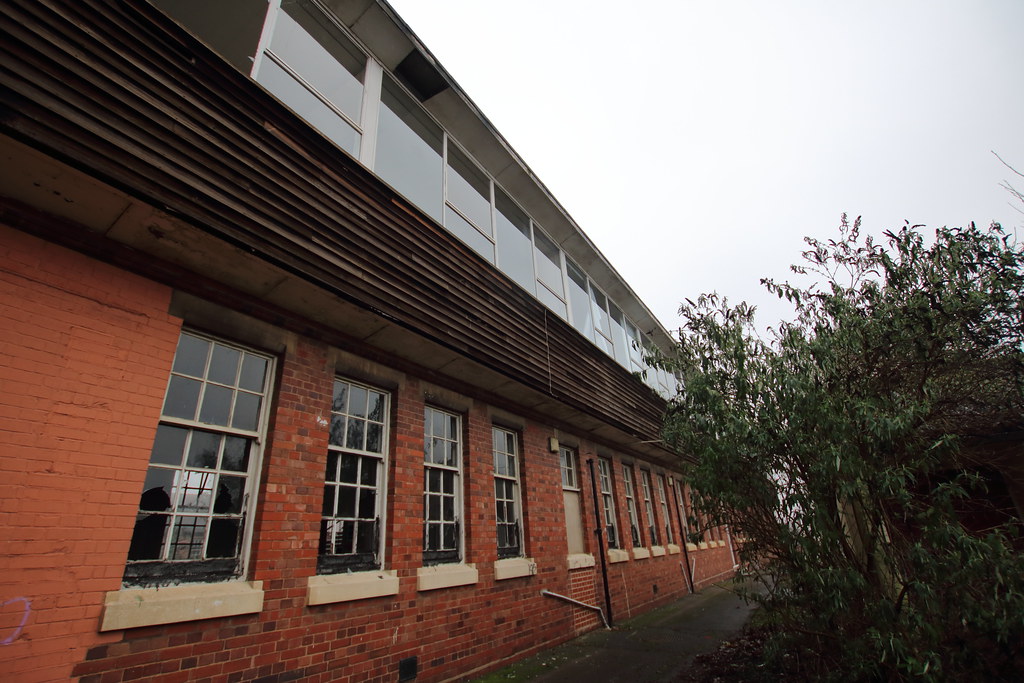 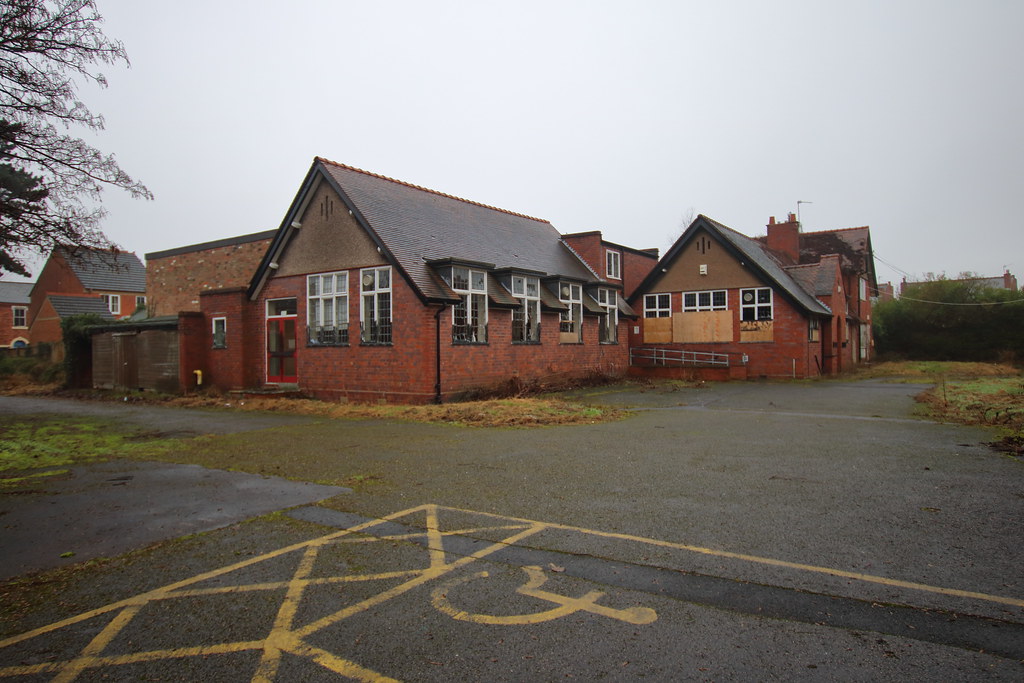 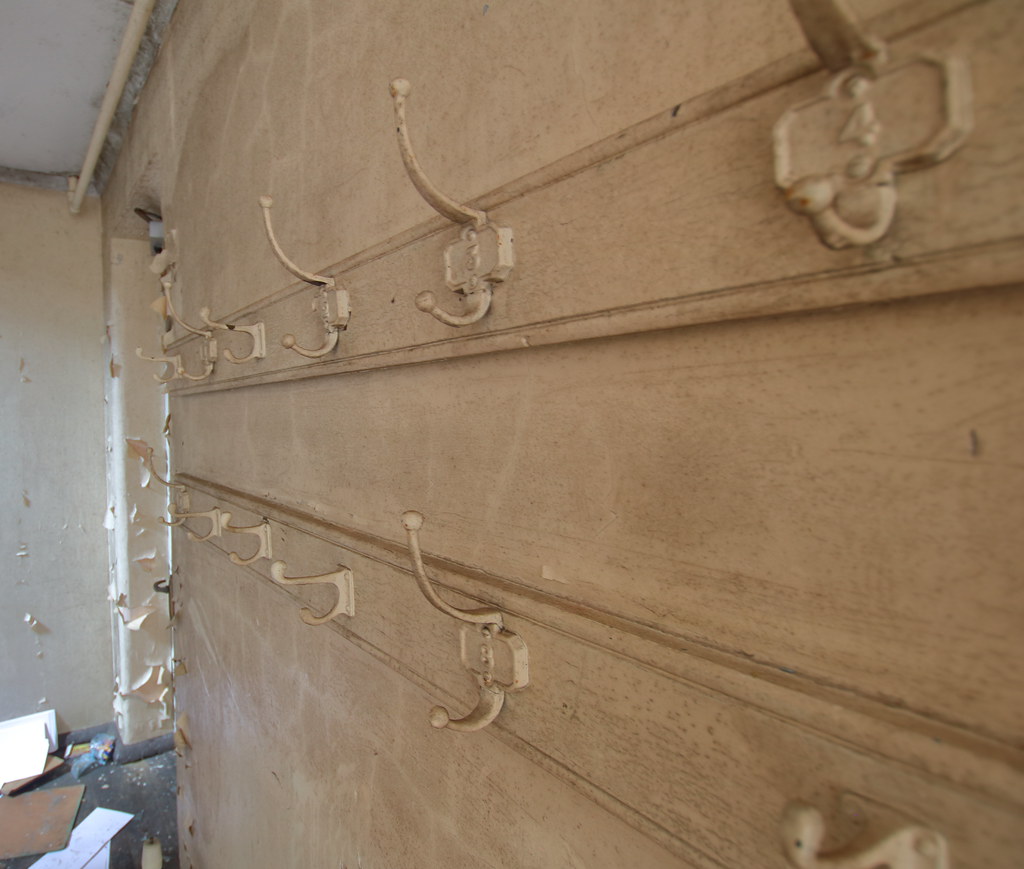 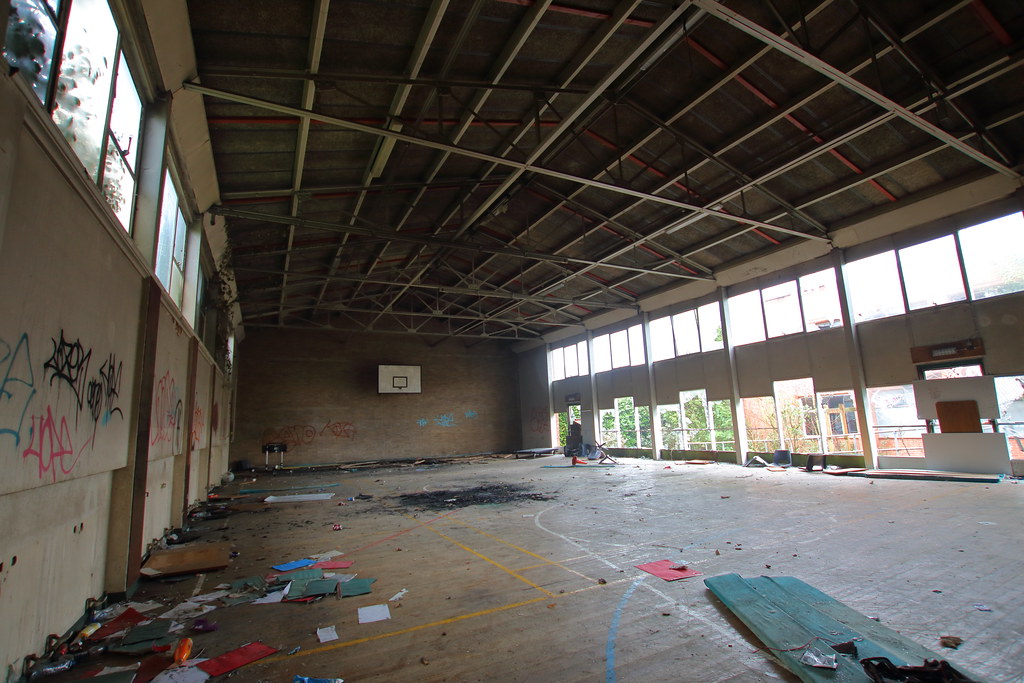 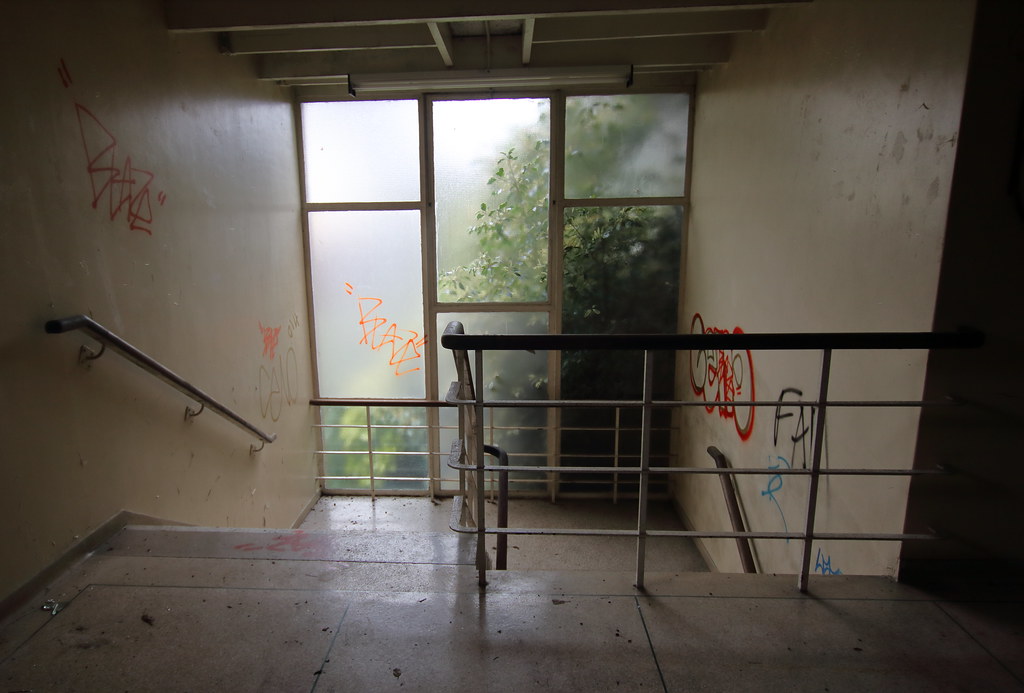 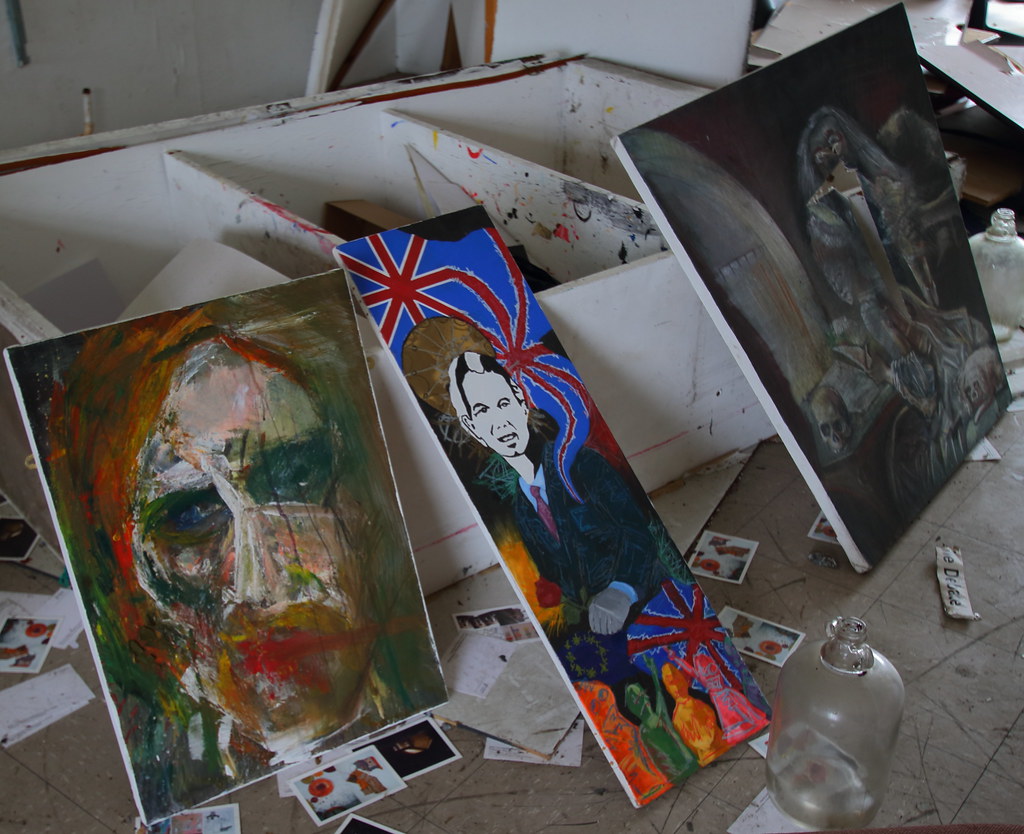 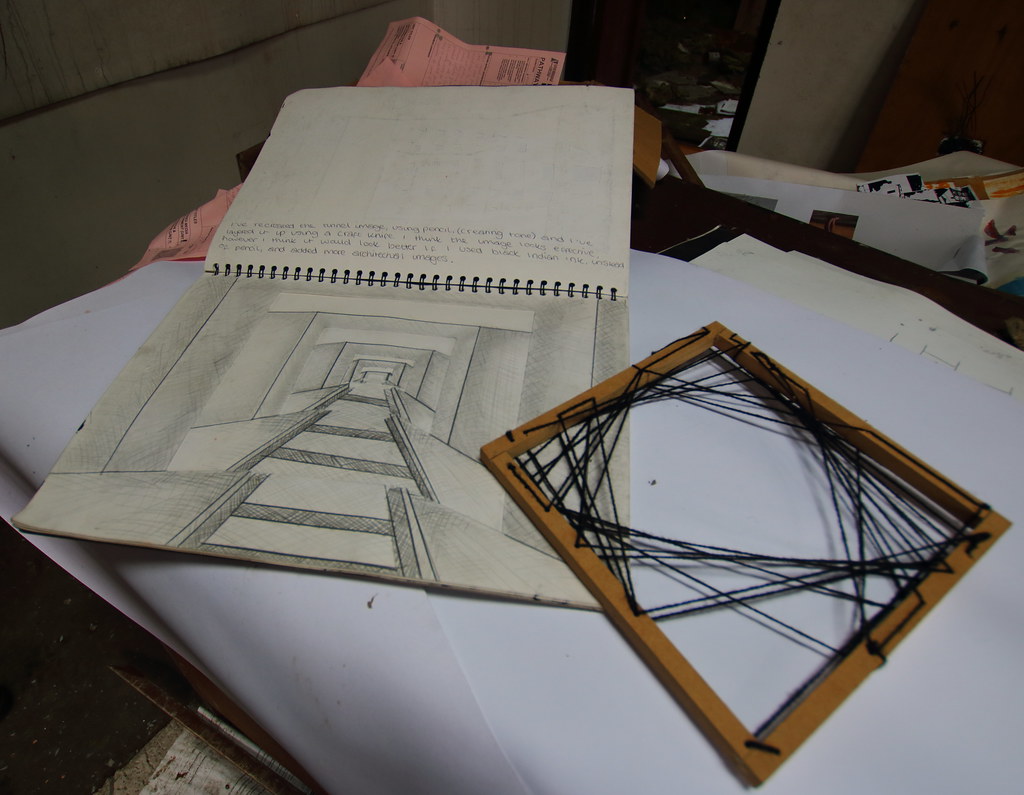 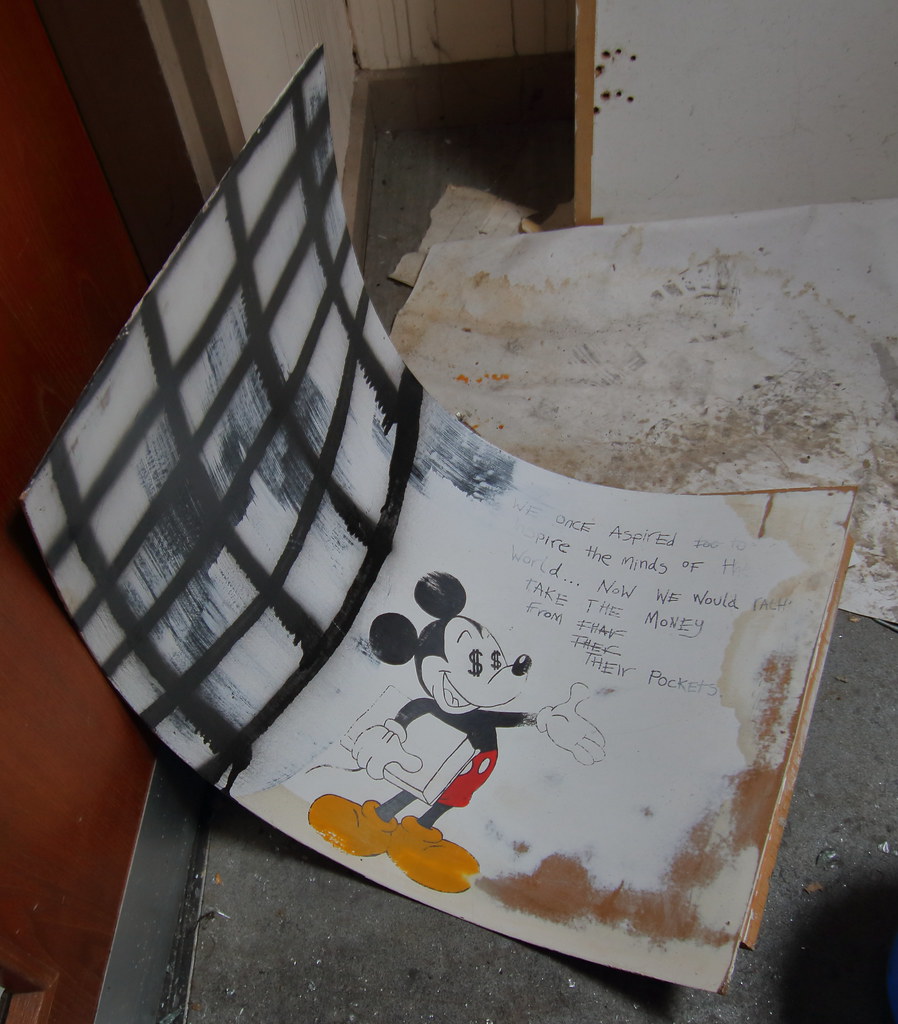 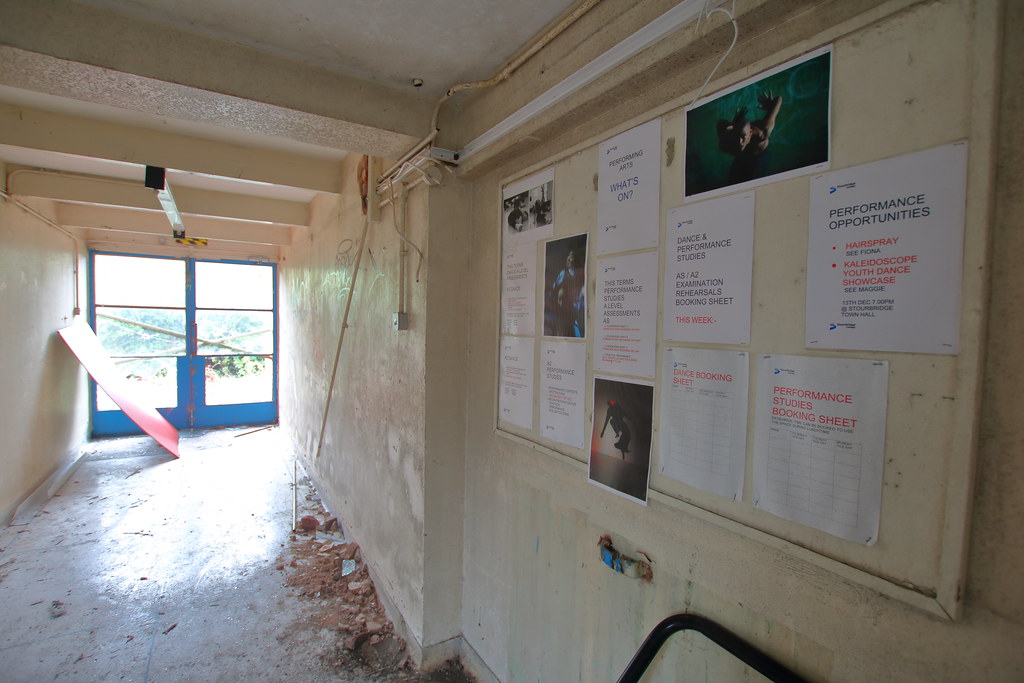 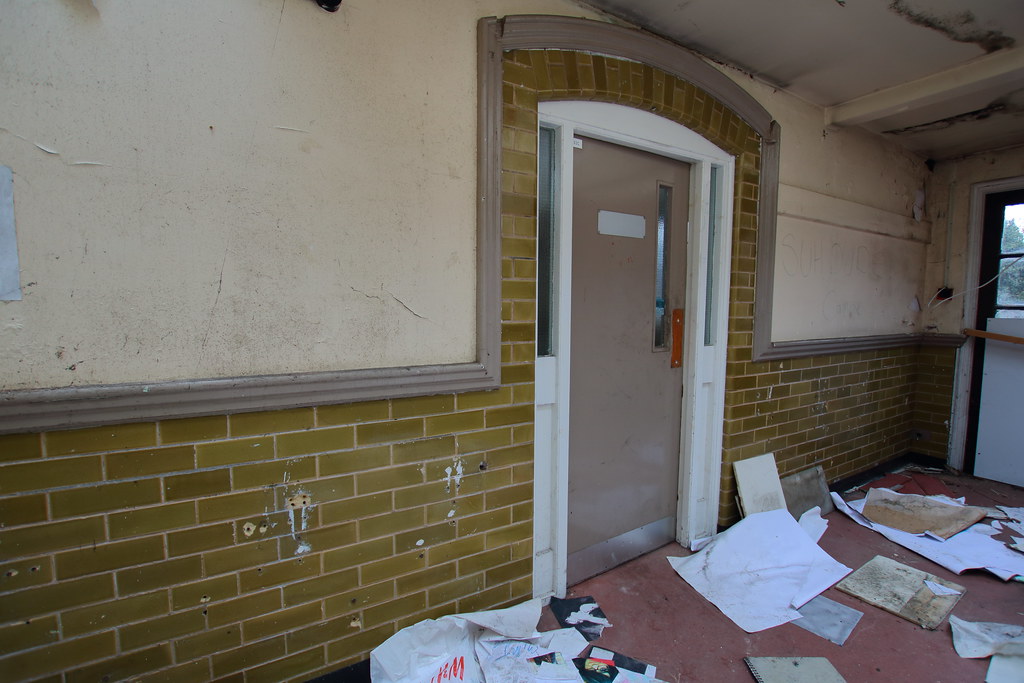 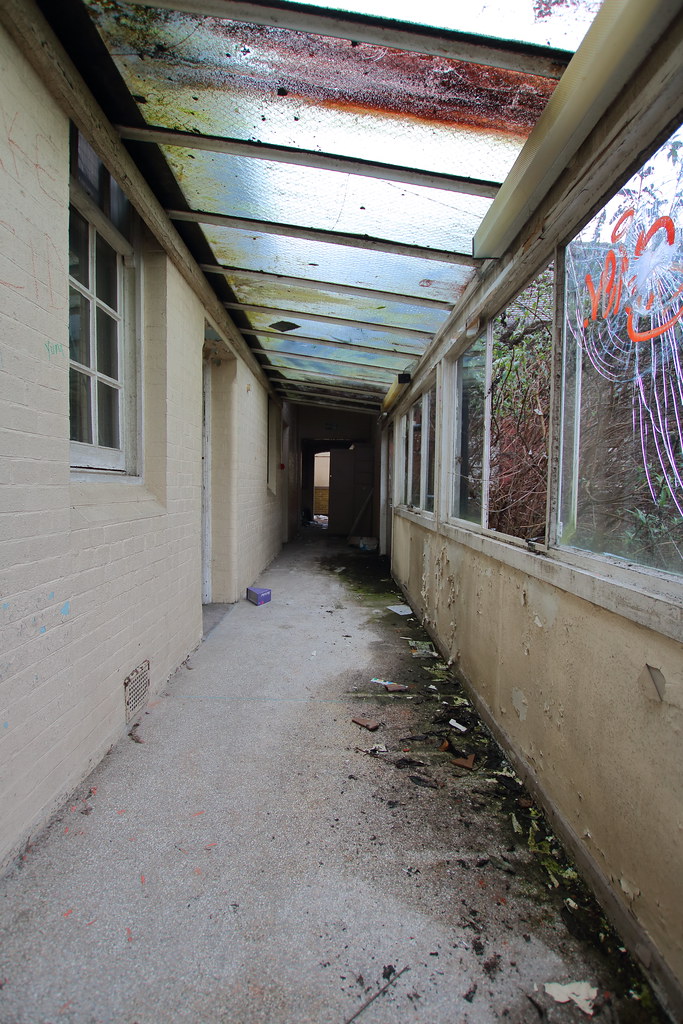 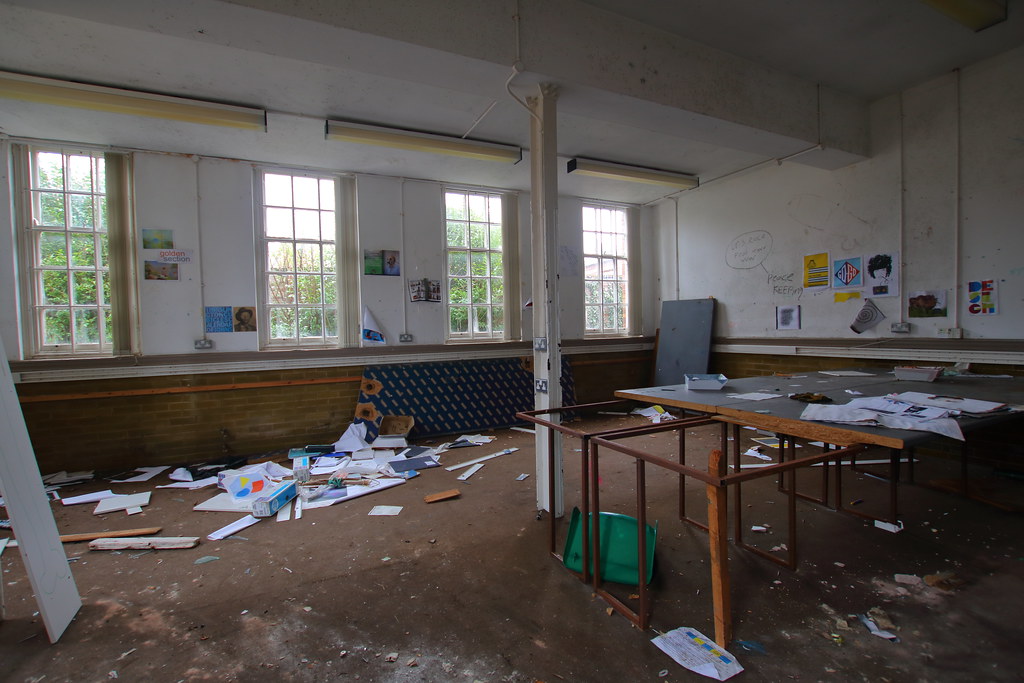 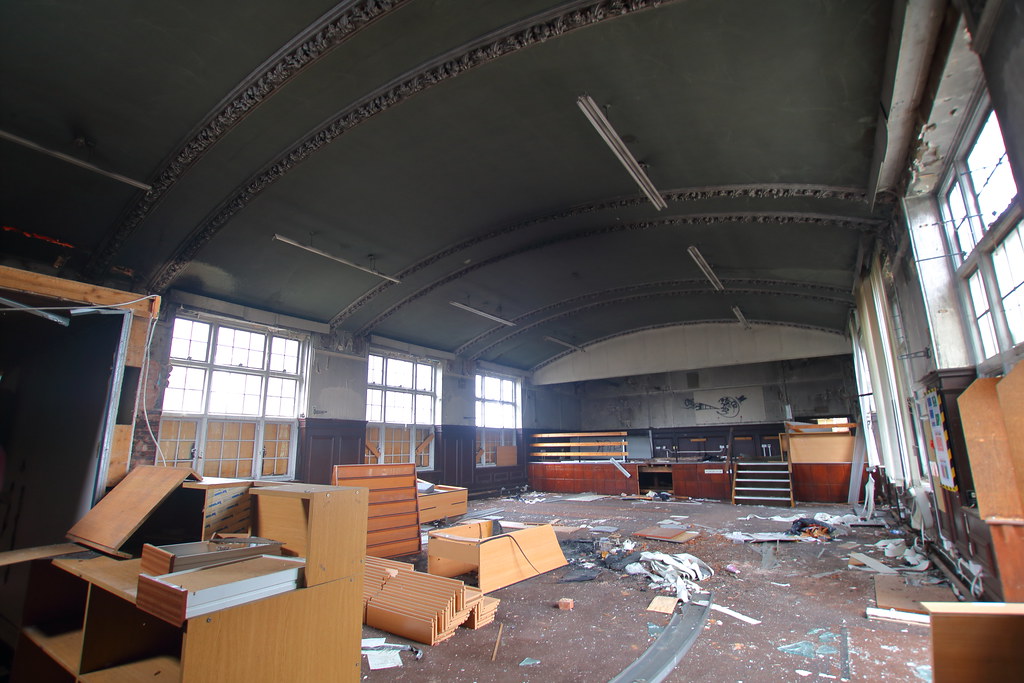 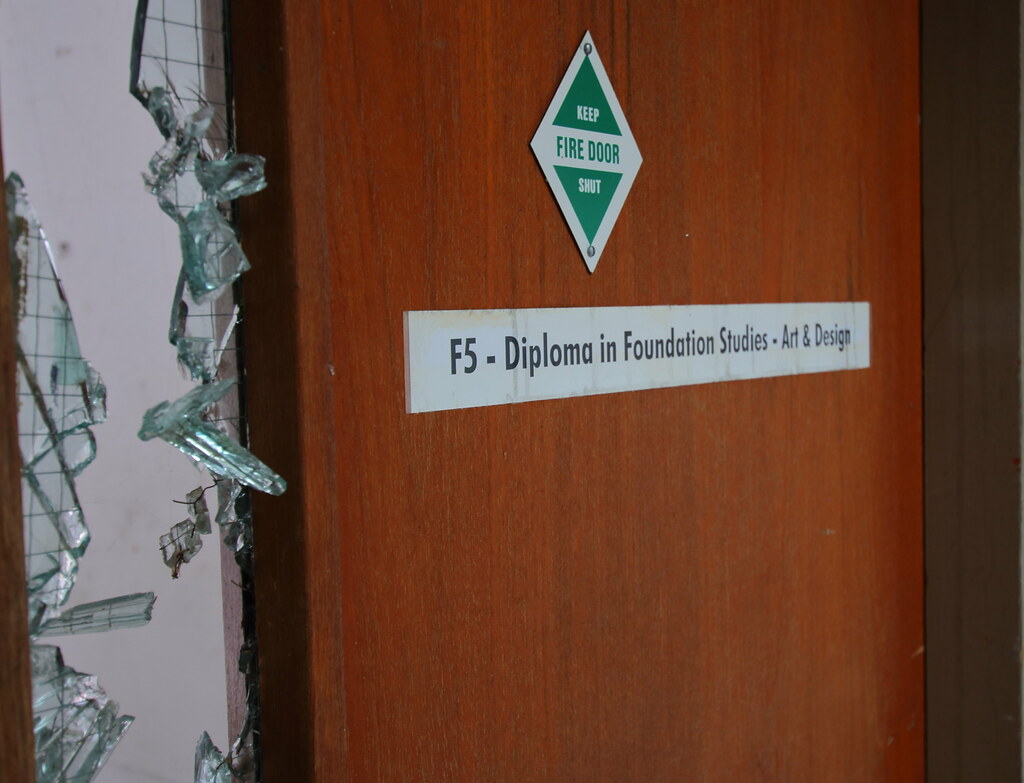 Nicely done mate! I have to say I have never witnessed Marilyn Manson, Tony Blair, HR Geiger and an empty demijohn (pic 8) chilling on the floor together in the same room before. The one and only time I had to endure their bullshit (Geiger was chilled of course) involved a full demijohn of sloe gin. Jokes aside, that was a great report. Some lovely shots there. Cheers!

Thanks Mate, Maybe there is some merit left here!

Good work there Landie. And you are right...that artwork is great. You'd have thought people would have taken it with them.

Certainly there was talented folk there, nice sharp images Landie, Thanks

Excellent stuff as always Landie man
You must log in or register to reply here.