This is a follow up report to one I did towards the end of last year. You might wan't to read that before you get stuck in to this. [ame]http://www.derelictplaces.co.uk/main/showthread.php?t=16556[/ame]

The weather was lousy with poor flat light so I made the best of it I could.

I'd hear'd a rumour demo work had started on this site so I thought I'd better get down there before it's all gone. For those who have fond memories of this place take a swig of whiskey before you read on.... 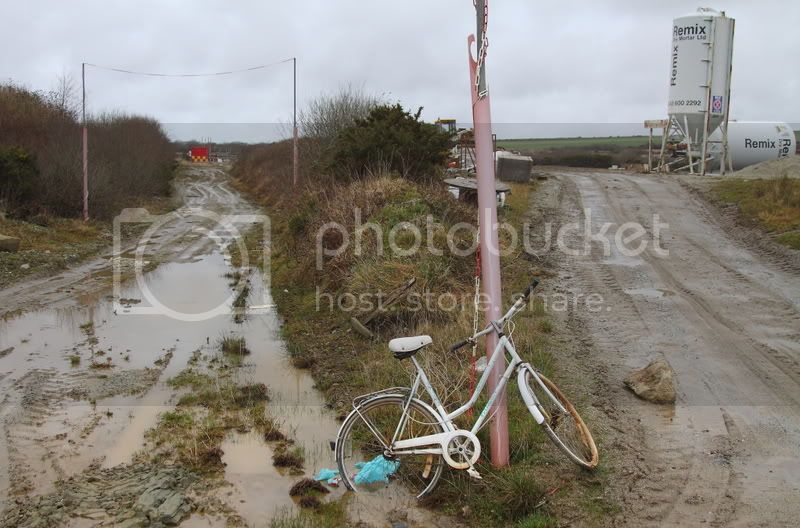 Remains of one of the portable buildings 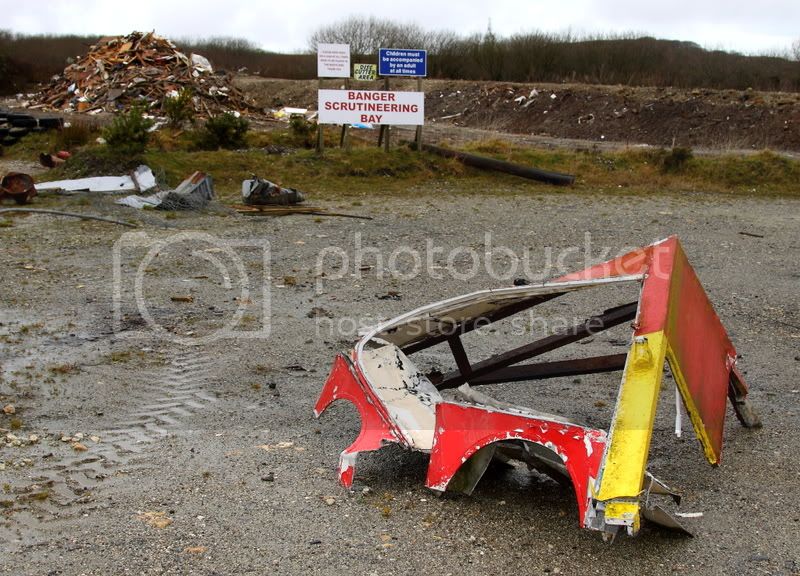 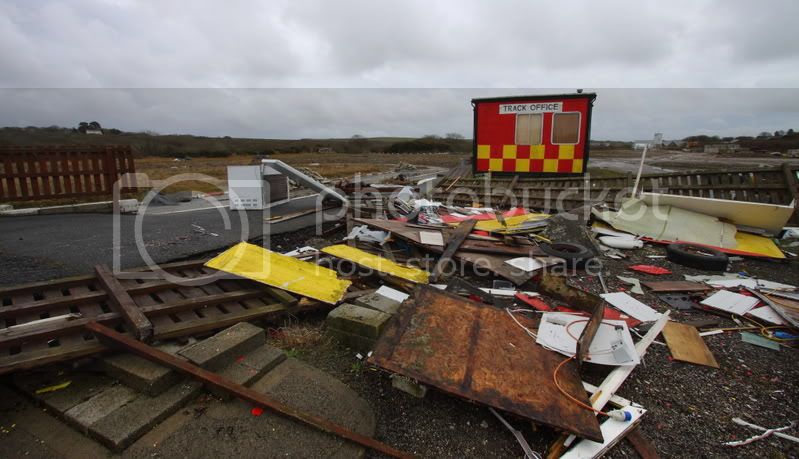 Discarded plans for one of the "holiday homes" 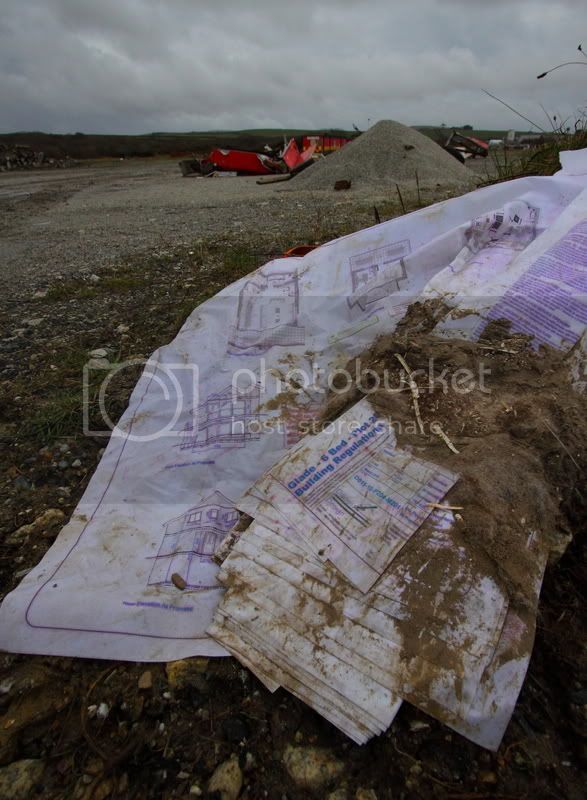 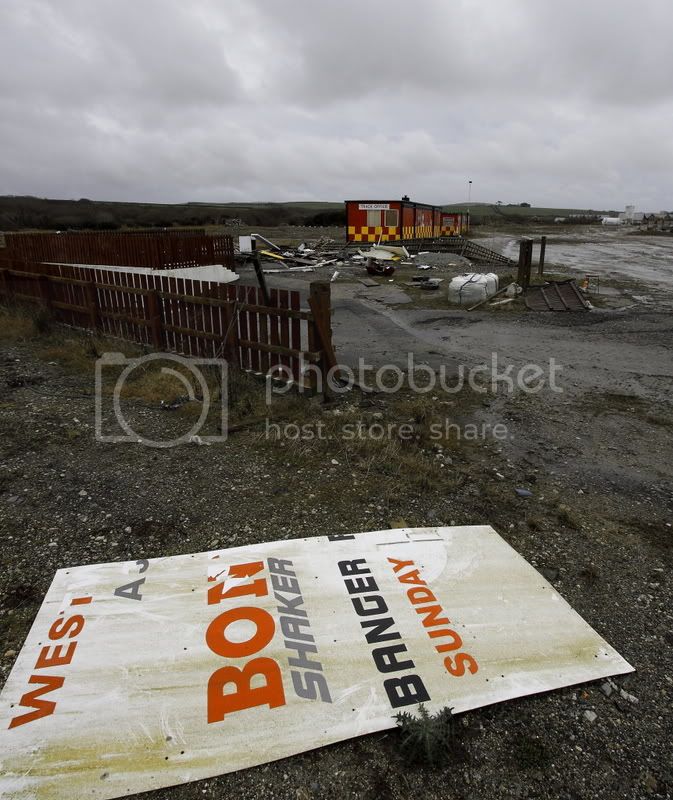 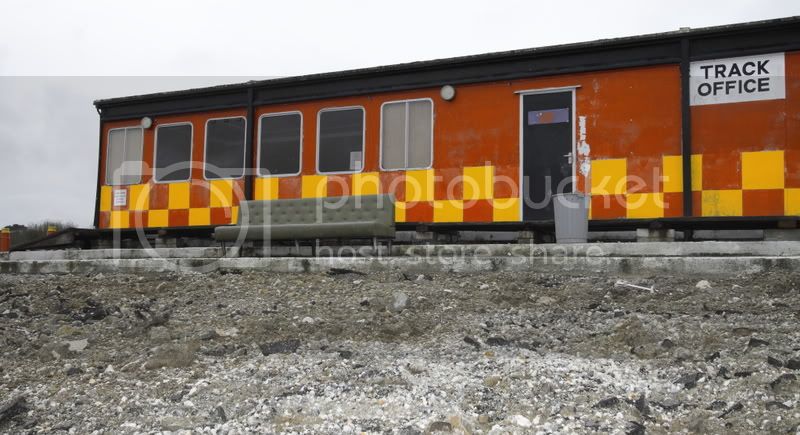 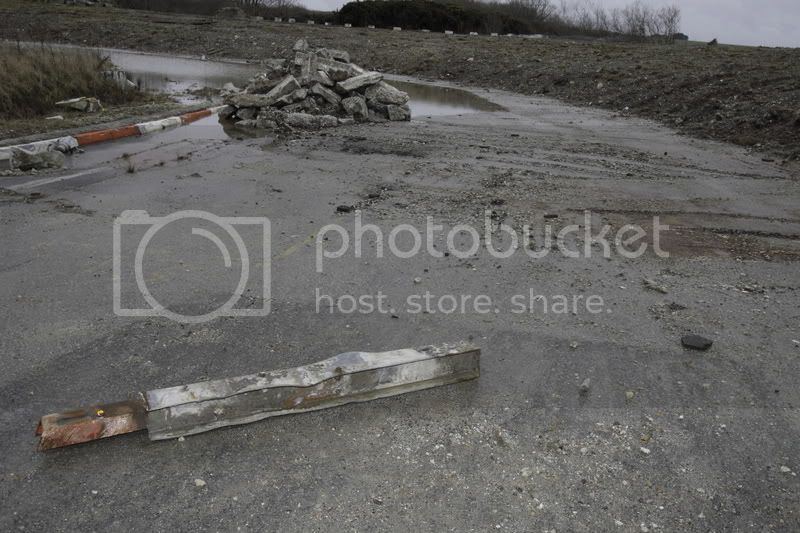 Remains of the top curve.. 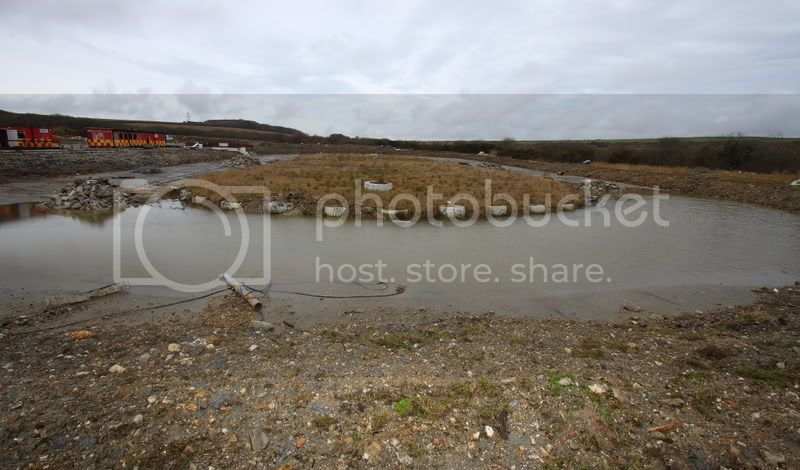 Some of the tiered steps have been removed... 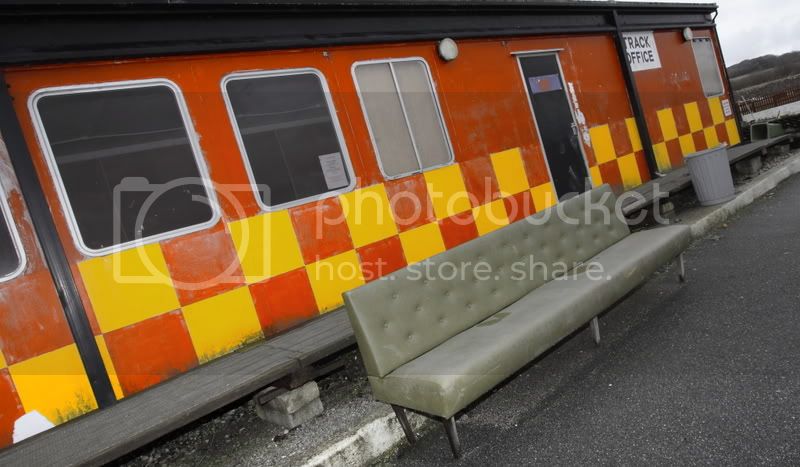 As I looked through the window to take this shot I was overcome by a strong smell of fried chips....A year plus since the last batch was served up !! 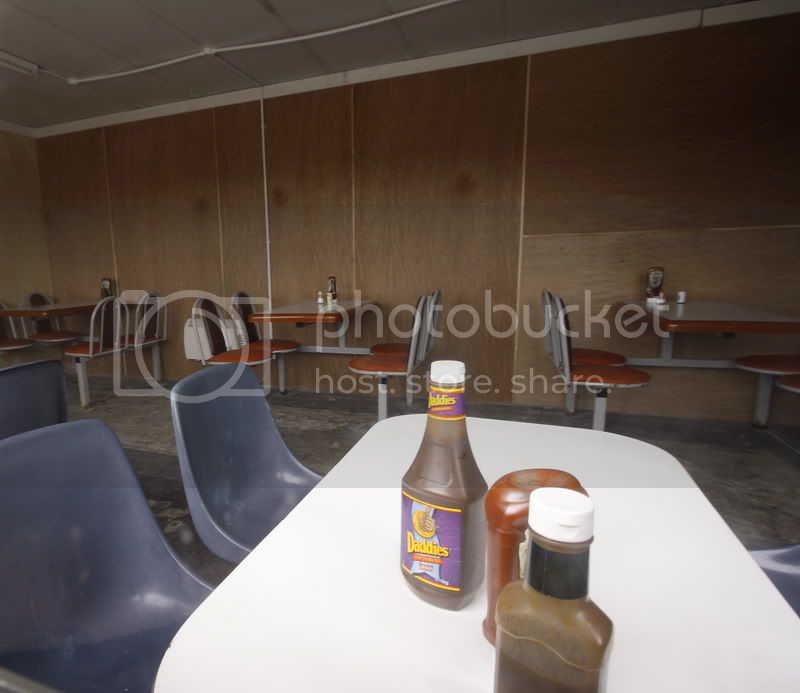 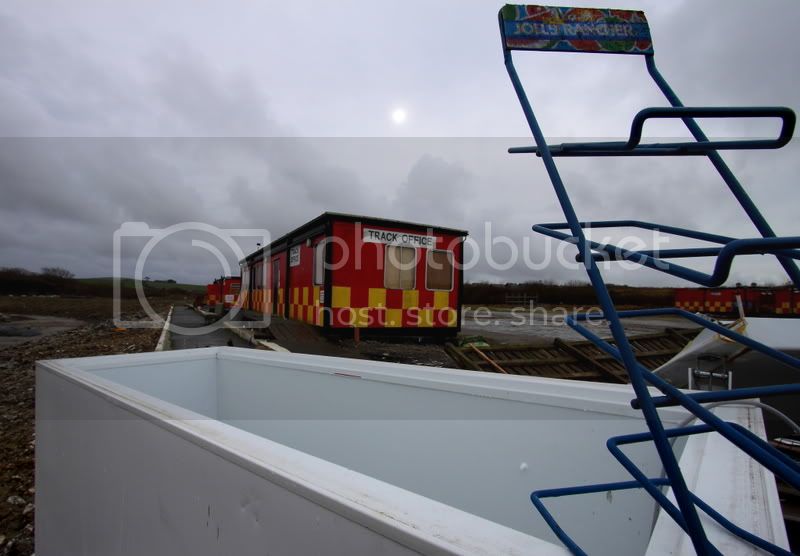 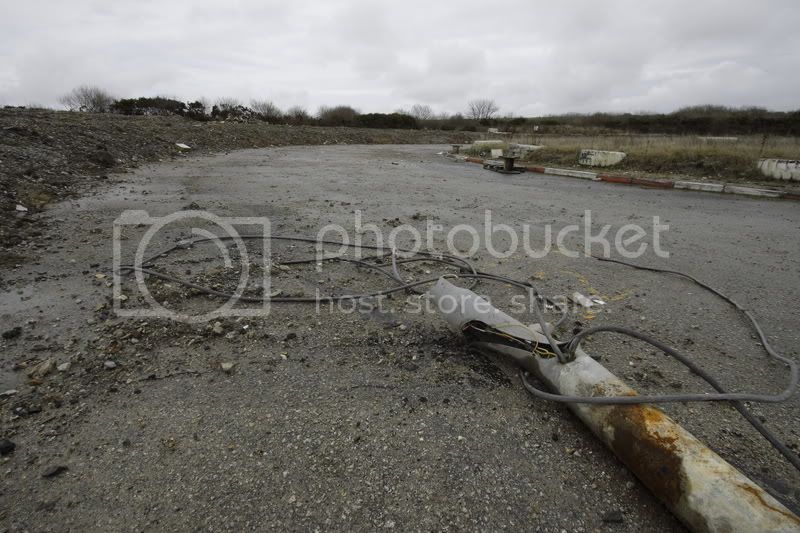 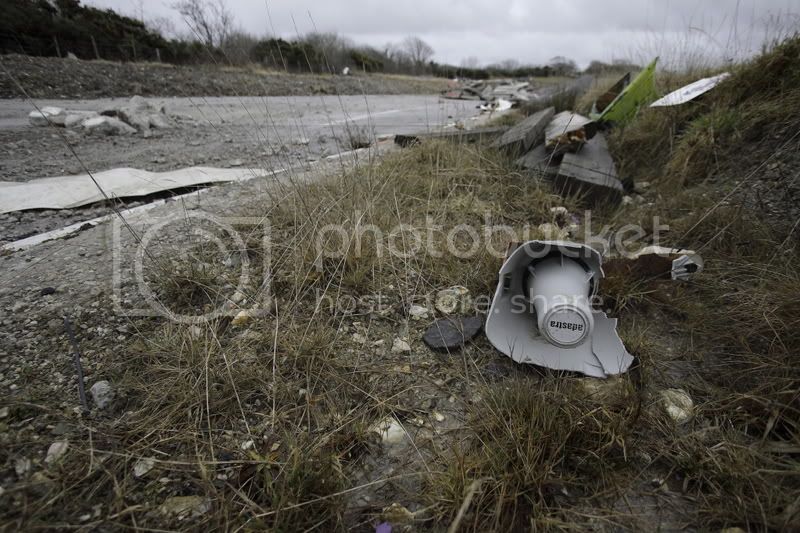 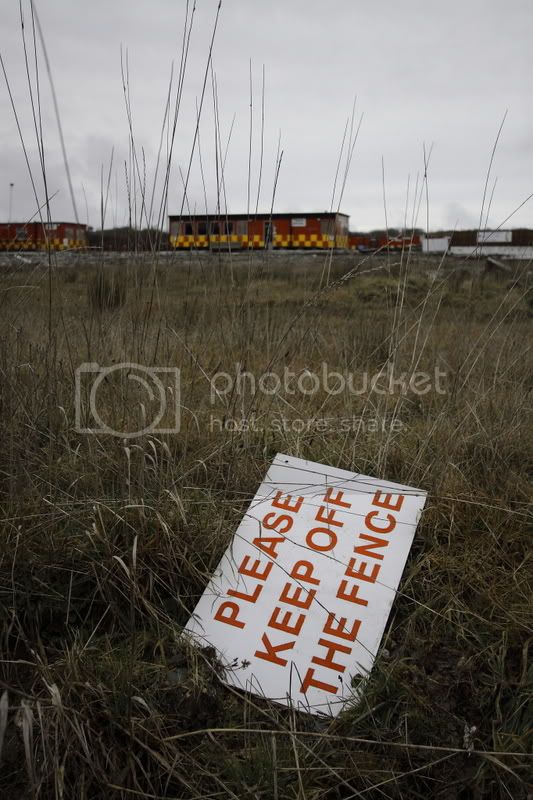 Remains of the Commentator's kiosk 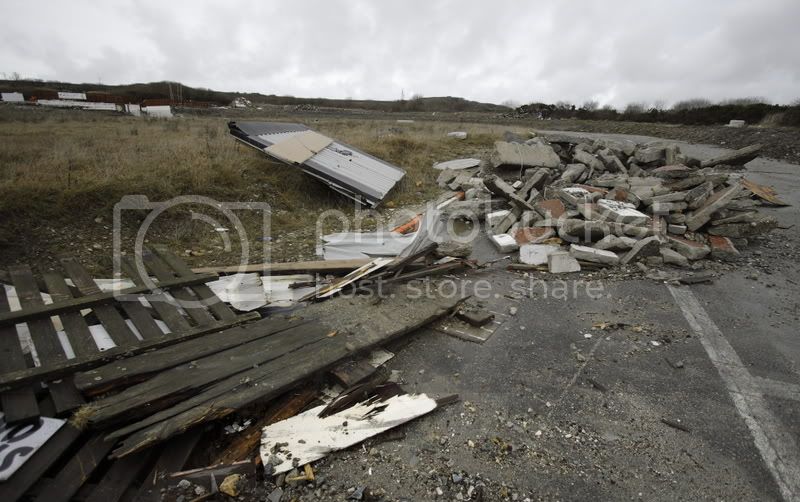 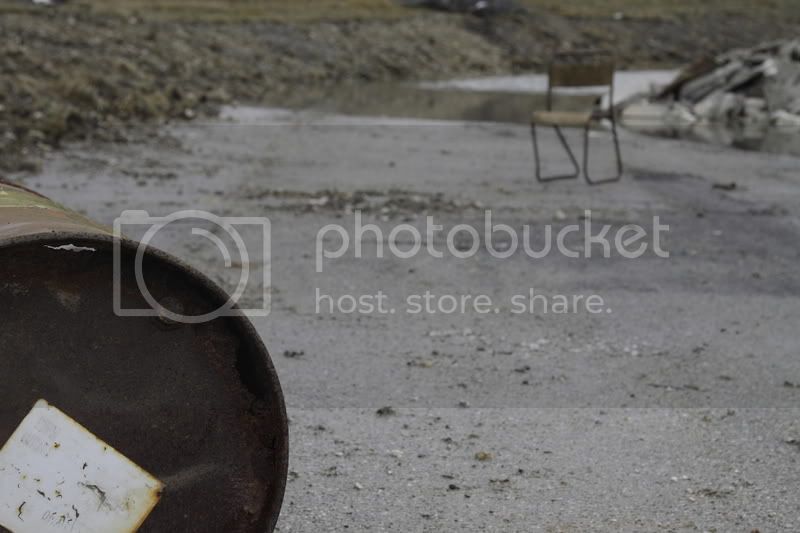 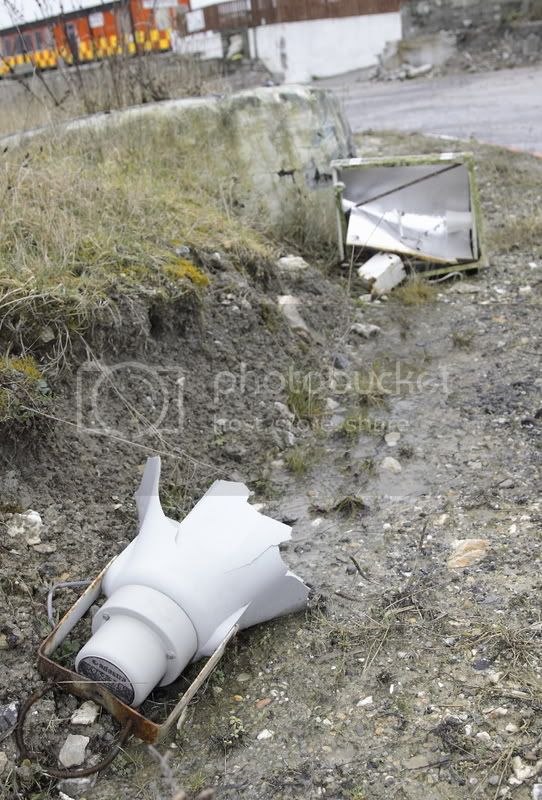 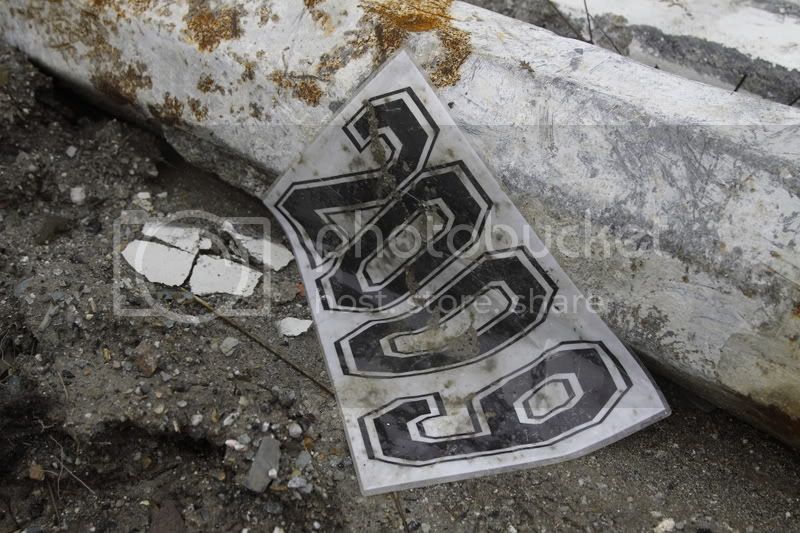 This is where the heavy steel track gate once hung..Probably weighed in down the local scrap merchant's 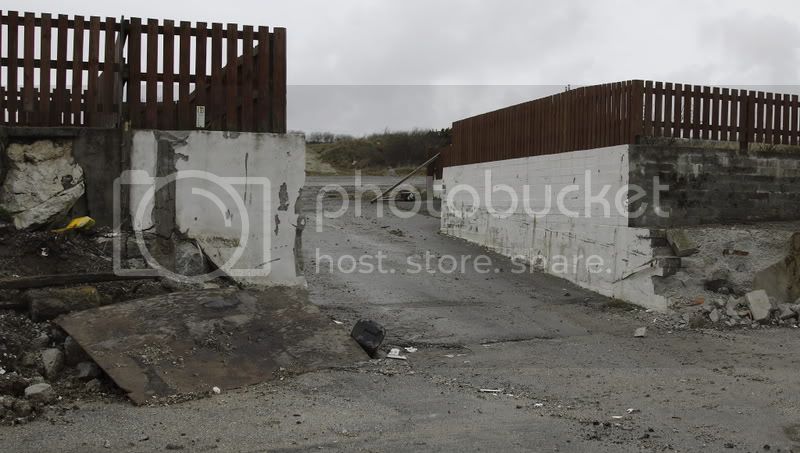 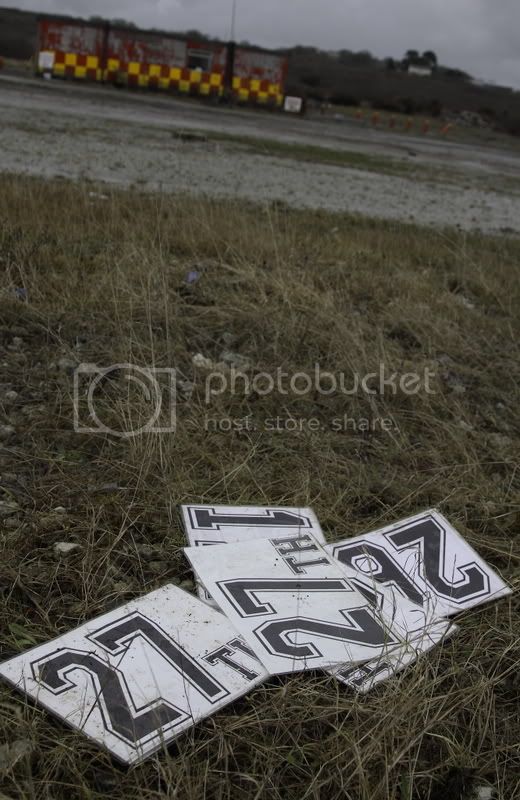 And thats about it. Whilst on the banger theme I then headed over to St Day to catch some live banger action. When I got there play was held up for at least an hour as someone had destroyed the circuit wall !! 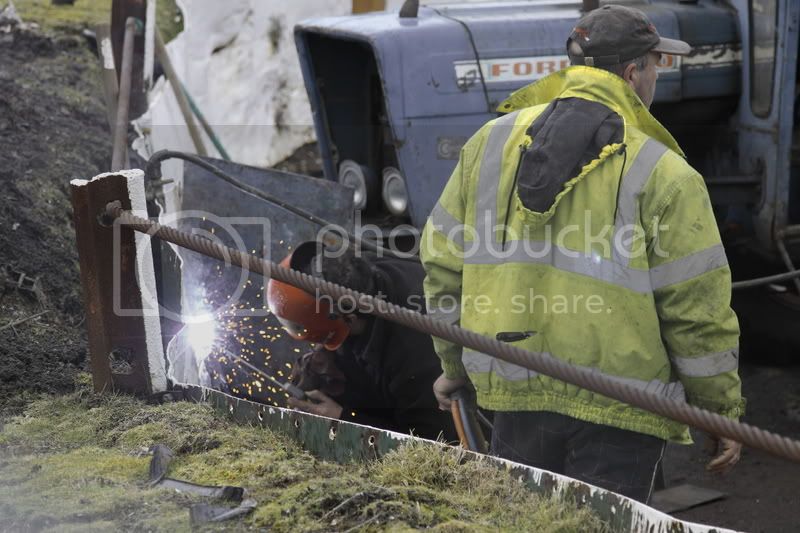 Thanks for posting again..
Really does look sad now doesn't it, especially with the bleak skies
When all else has been demolished, that brown sauce will hang on in somewhere!!

It is depressing, but different. I really like that first photo with the bike, nicely composed!

Location
Here, there and everywhwere

Great follow up set of pics.
Like the cafe pic with bottles of sauce despondently waiting for the arrival of chips that will never turn up!
M

Great pictures; although the writing was on the wall, its such a shame to see another track bulldozed...

Whenever we holidayed in Cornwall (circa early 2000's), there was always a midweek trip to see BriSCA F2 racing at this great little track, promoted by Autospeed. Always remember the ridiculously long drive to the car park, amongst the new log cabins that had been built at the time! Always rained there too!

Anyone know what's planned for the site? I can only assume it will be more log cabins / holiday chalets...

so i was correct on the intel what a shame its now gone you got some nice shots there mate see you tomorrow
Click to expand...

Yes thanks for the info on that one Flava. Left it much longer and there would be nothing to see !!!

Nice post, strange how all the sauces are still on the tables! Amazing how people can just completely abandon places.

Incredibly I just noticed in the local press the company responsible for tearing up this place went in to administration in March. Typical..developers......