Recently I was given the chance to go up to the furthest far reaches of Scotland with one of my friends to do a delivery and of course the plan was to get all the work done and then do a few explores afterwards and on the way home whilst collecting other things. On the drive up I lost count of the amount of derelict buildings I pinned on my phone to check out but unfortunately due to the timings and having to do collections we only got around a few places. It was an incredible roadtrip though, in some seriously mixed weather going from no more than 12 degrees celsius in torrential rain on our arrival in the Orkney Islands to coming home to baking scorchio sunshine.

Of course one of the main places on the list to go when on the Orkney mainland island is Twatt - unfortunately all the road signs have long since been removed by the local council as they were stolen so often! Nowadays the only places you can find Twatt written on things other than souvenirs is the board outside Twatt Church, and the entrance to this former RNAS base, some history of which can be found below.

This unfortunately named airfield was opened on 1 April 1941 as HMS Tern, otherwise known as RNAS Twatt. The airfield was primarily used for training throughout the Second World War. Large numbers of aircraft visited Twatt for short periods of time after disembarking from airfield carriers in Scapa Flow. No 700 Squadron is an example of a unit that stayed at Twatt for longer. Between June 1942 and disbandment in 1944, the squadron provided final training for catapult aircraft crews before they embarked on their ships. No 771 Squadron similarly came from Hatston at the same time as No 700 Squadron and stayed at Twatt for three years. This unit was a Fleet Requirements Unit (FRU) and therefore operated a large number of different aircraft types in a variety of roles, supporting the fleet based at Scapa Flow. Aircraft used included, Bristol Blenheims, Boulton Paul Defiants, Gloster Sea Gladiators and Vought-Sikorsky Hoverfly helicopters.

Frontline squadrons were also based at Twatt during the Second World War using Fairey Swordfish torpedo-bombers and Fairey Fulmar fighters. Twatt was also unfortunately the site of the first helicopter crash in Britain. A Vought-Sikorsky Hoverfly (known in American service as the R-4) from No 771 Squadron was written off when its tail rotor hit a parked Bristol Blenheim on takeoff.

Twatt was paid off in 1946 but was retained by the Royal Navy under the control of Lossiemouth for some time afterwards. In the 1970s it was suggested that the site could be merged with nearby Skeabrae to form a large NATO base but Iceland was chosen as a location instead.

The airfield was one of the earliest purpose built naval airfields in Britain with four hard runways and associated facilities constructed. Its control tower is particularly unusual in that it was built on top of the operations block. The main technical area was to the south-west with other hangars and dispersal areas spread around the airfield. None of the hangars survive although several buildings do still stand around the site. This includes the control tower and operations block, various support buildings and pillboxes.
Click to expand...

As of now the site is left as open farmland, with a few military buildings left as well as a lot of very large cows mooching about, the runways long since dug up and covered by grass. The stairs up to the control tower have all been cut away however you are able to access it on a guided tour we didn't have time to do. There's not a huge amount left to see as it's been empty for so long, but it was somewhere cool to say I've been at least! The pillboxes, built in an unusual style, are visible from the road that runs past the site but the field is full of the aforementioned very large cows so I didn't fancy a close encounter with one of them, the local farmer was also very evident nearby too. 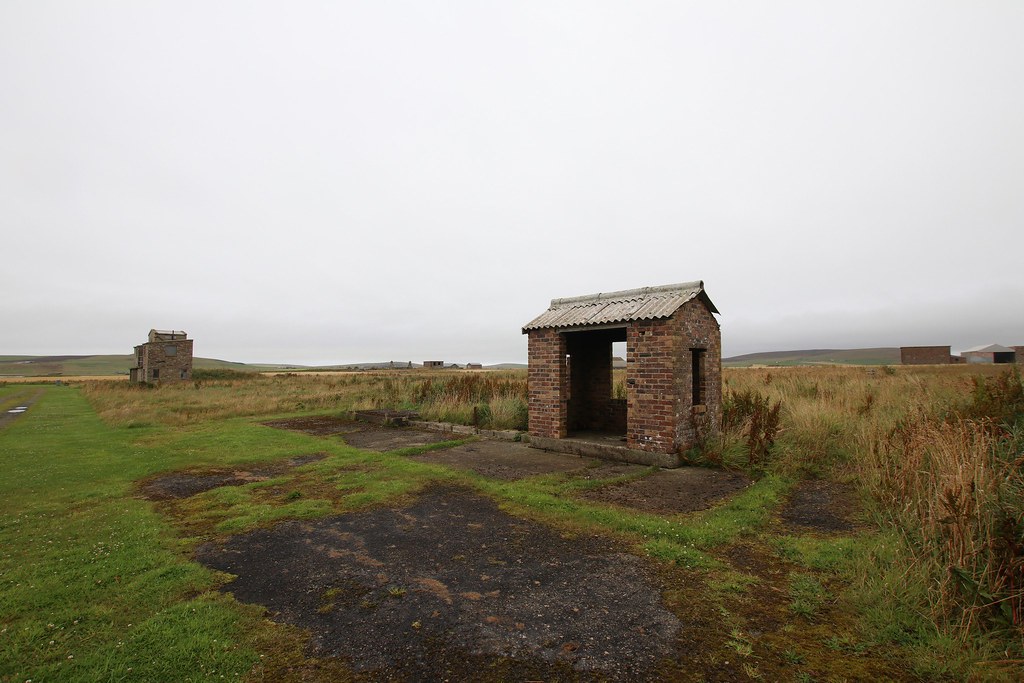 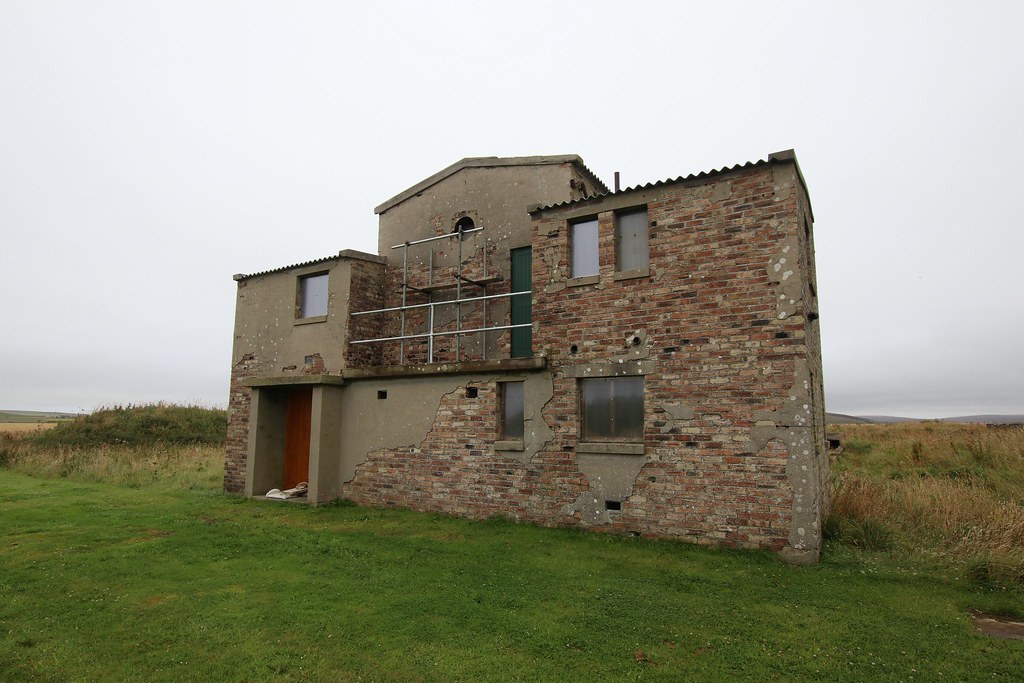 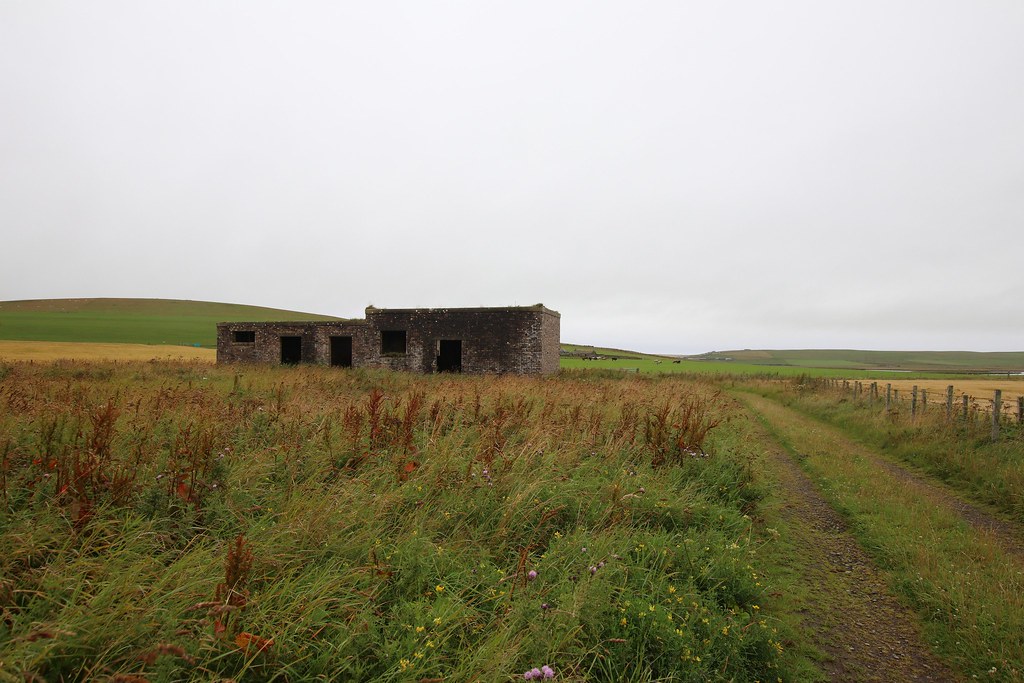 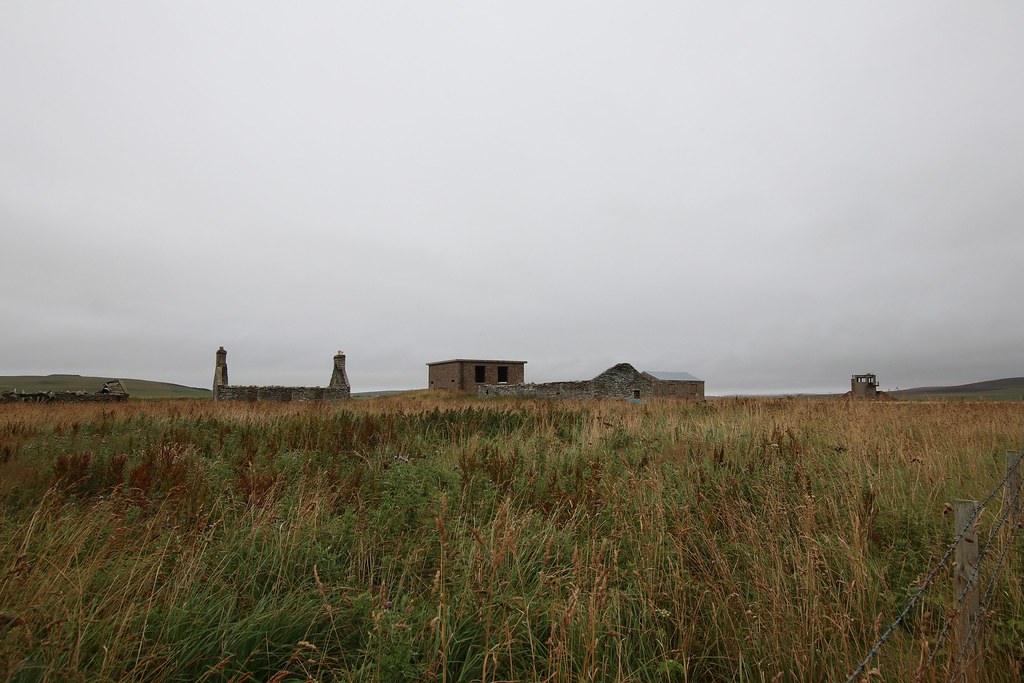 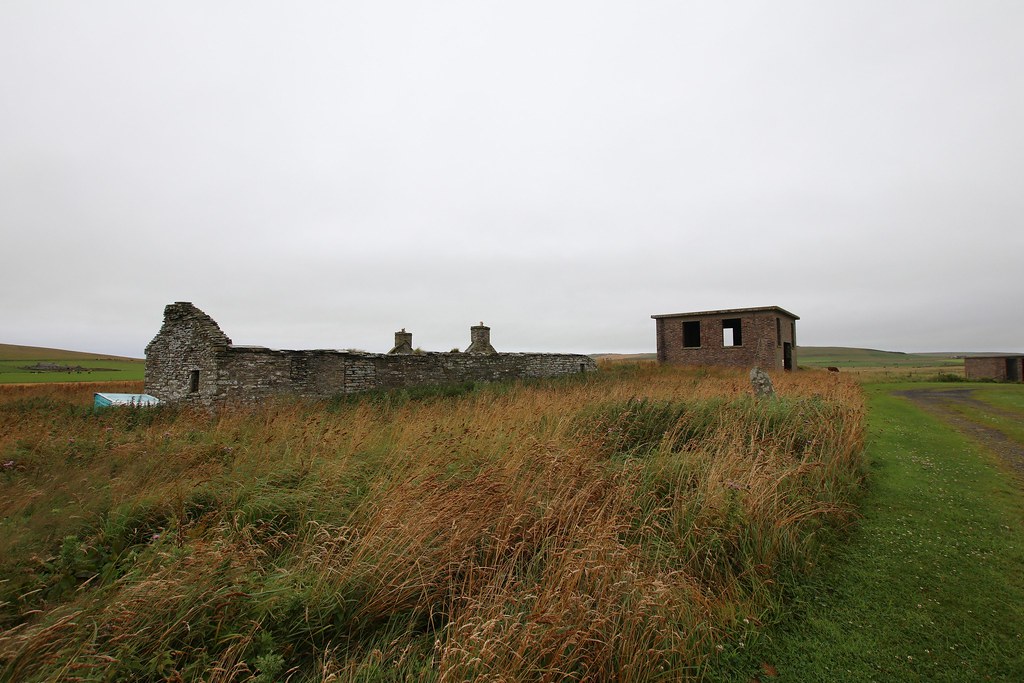 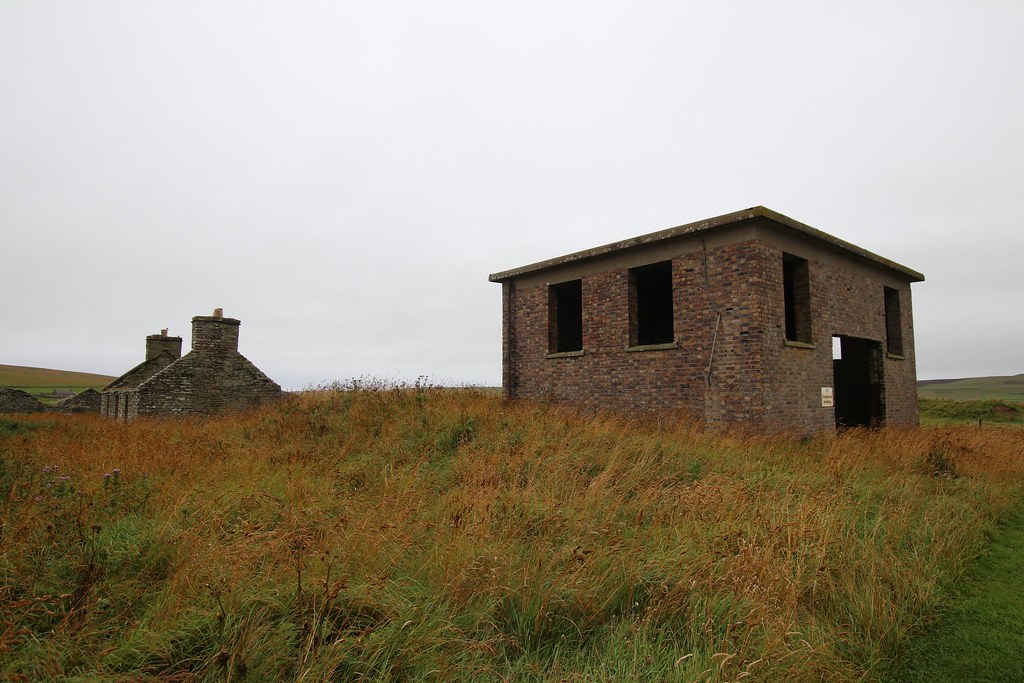 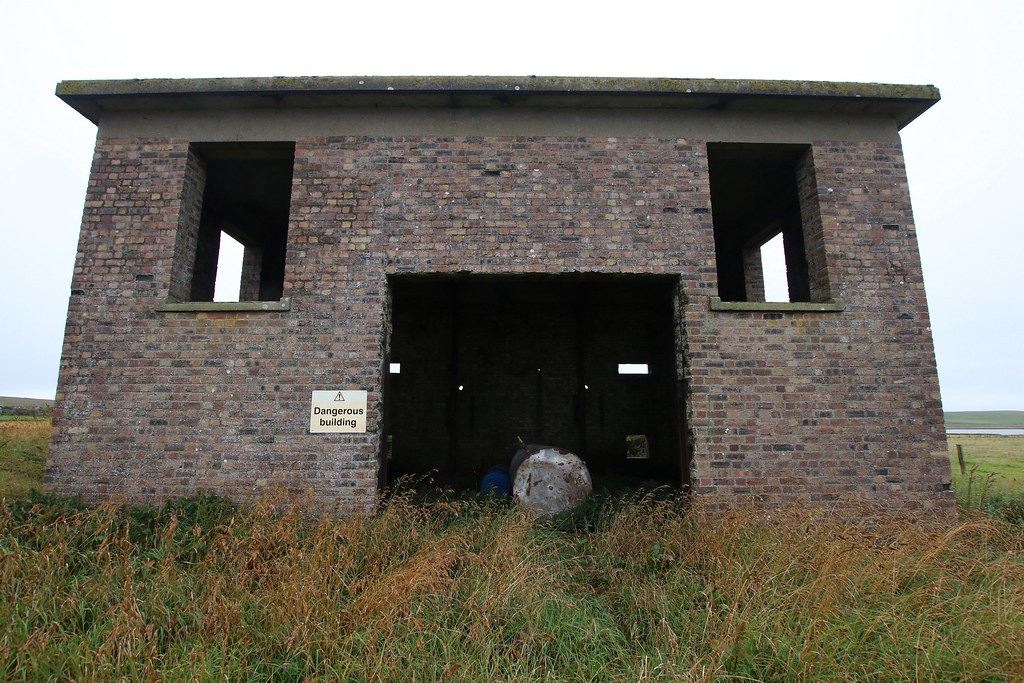 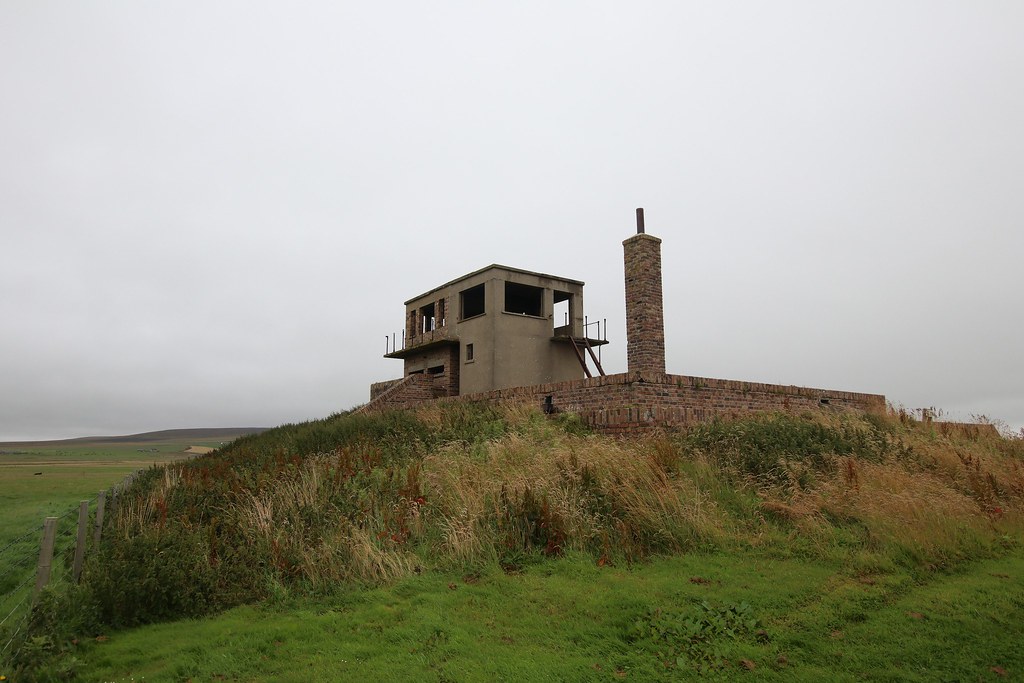 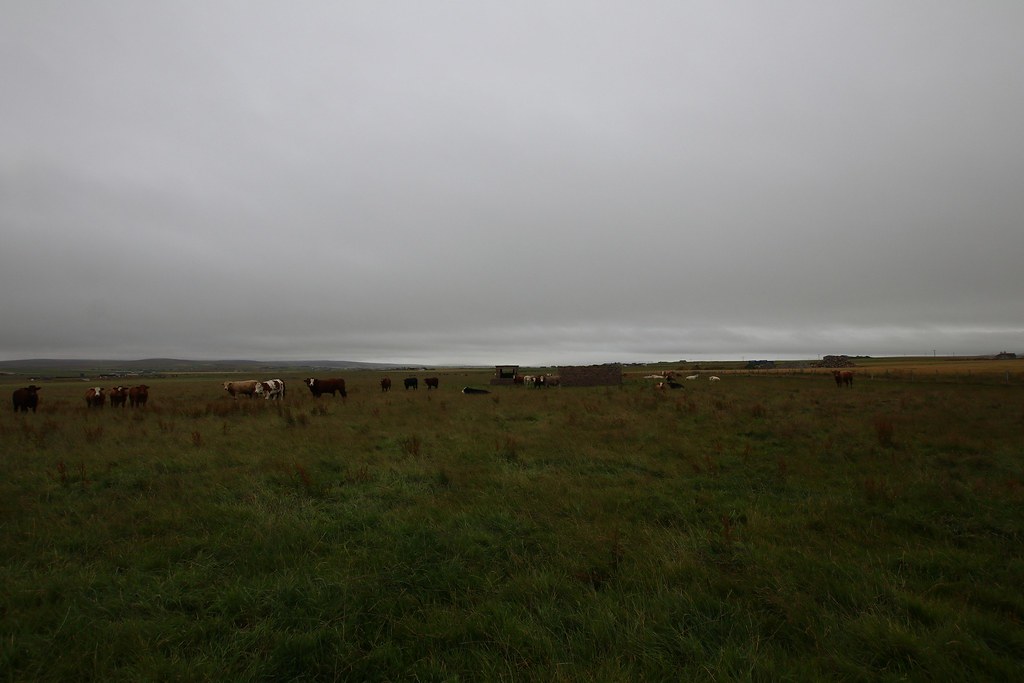 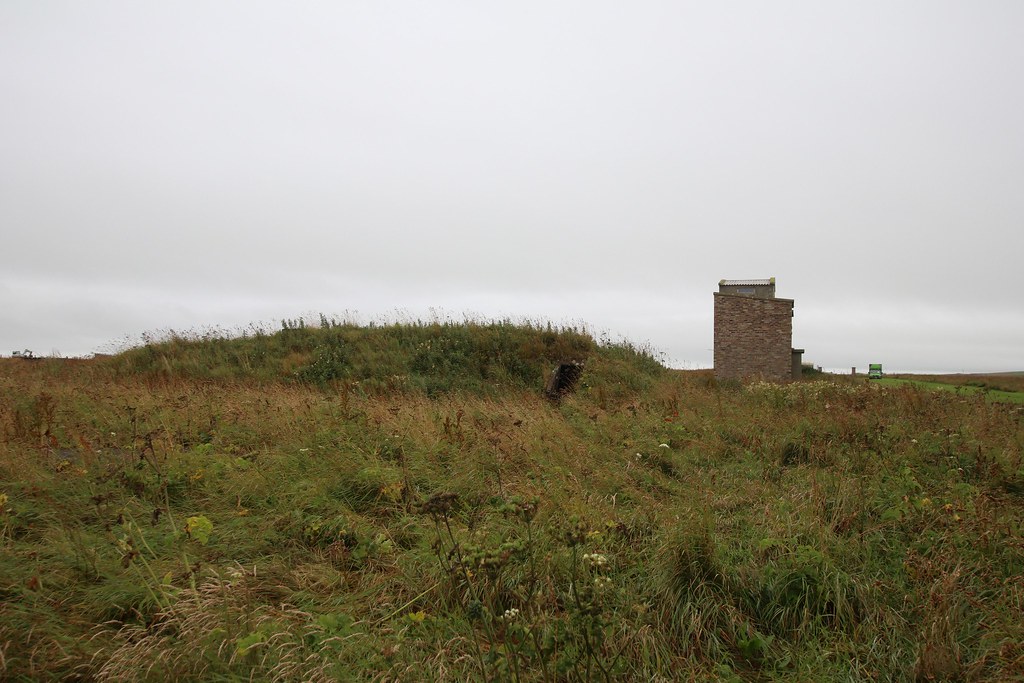 Twatt is a 3 part explore the dockyard (just a quayside with a few buildings), the Airfield and a huge fuel depot part above ground behind the harbour but mainly underground in the side of a hill about a mile inland on Lyness. Half the harbour and the above ground fuel depot were built during WW1 but the project was abandoned half built because the war ended. There were a couple of half baked plans to get the project running again between the wars then it go the go ahead in WW2. Fortunately a German sub got into Scapa Flow and sunk the Royal Oak so the Navy moved out for a couple of years giving the contractors free run to finish the build the war ended about the same time as harbour and fuel depot were completed so it had little use. The Navy again moved out after the war and the place was abandoned oddly the oil industry decided to build a new fuel depot rather than use and expand the Naval one. The museum at Lyness Harbour is in part of the fuel depot and well worth a visit.
D

Nothing odd about the Oil Industry not using the old Naval installation - The wartime construction was a rush job and very poorly constructed. No way would it meet modern H & S regs. My Dad was stationed in The Orkneys and Shetlands during WW11 and Twatt was one of the areas under his charge. Have spent many days recording the remains of his wartime commands and meeting locals who crewed local boats, transporting supplies around the islands

Nothing Fortunate about the sinking of the Royal Oak. it was Horrendous !!! Typo I assume?
P

There are (or were, in 1997) Naval Remains immediately E of the Lyness ferry terminal. The Scapa Flow Visitor Centre was situated there.
P

Definitely unfortunate for the sailors but fortunate for the contractors as with the site in partial RN usage there is no way they would have finished the build. The Visitor centre is in one of the oil terminal buildings East of the port.
Royal Oak was designated a war grave shortly after it was sunk so there has been no salvage work permitted hence the oil leak which has been going on for almost 80 years, most of the explosives are still on board as well. By contrast the German fleet was scuttled in the flow and most of the ships were raised and towed away for scrap, this is Derfflinger with a village built on the up turned hull. Scapa is a great explore as there are little bits of history everywhere. 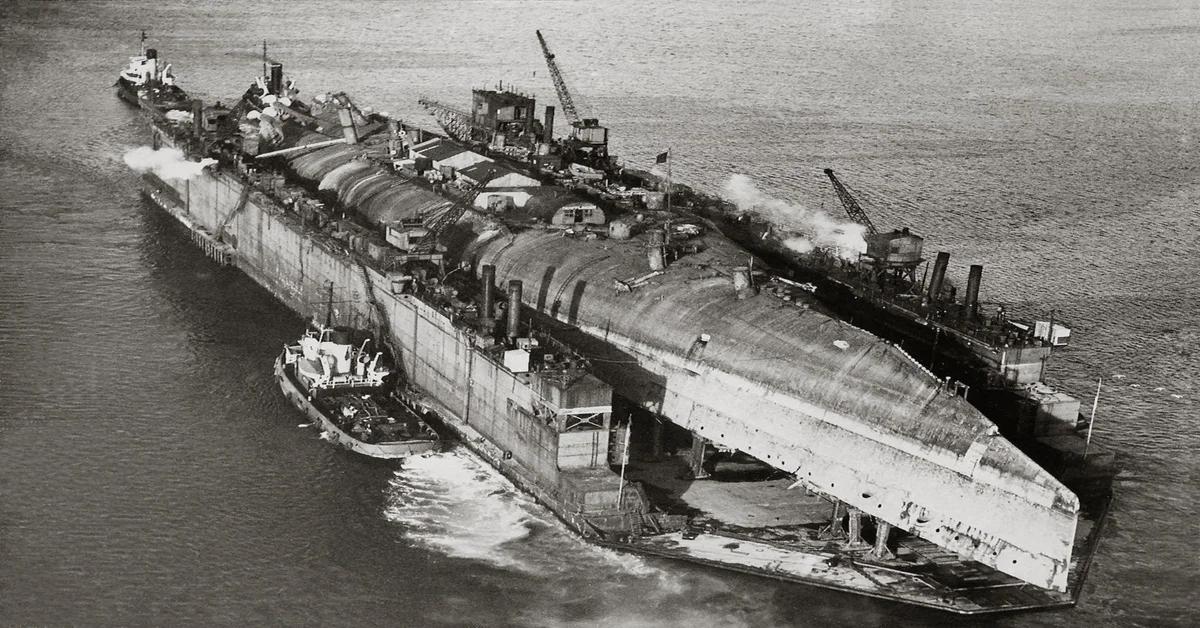 Natters5 said:
.... By contrast the German fleet was scuttled in the flow and most of the ships were raised and towed away for scrap...

And a lot of the scrap was sold to Germany where it was used to build their WW2 U-Boat fleet. It's a funny old world!
H

Walrus75 said:
And a lot of the scrap was sold to Germany where it was used to build their WW2 U-Boat fleet. It's a funny old world!
Click to expand...

And the French (whom we saved from those same Germans twice, and who now want to cut off Jersey's electricity supply) sold its Exocet missiles to Argentina, with deadly consequences for our own armed forces in the Falklands. What comes around......
You must log in or register to reply here.