This was one of those rare and lucky occasions where you stumble across something interesting entirely by chance, when en route to somewhere else. But what a find this was, purely in terms of being photogenic. It's also quite a rare thing as we have so few derelict places in Dorset nowadays, and those that are are pretty rubbish.

Comprising just three rooms, a sort of store around the back and possibly a very old and overgrown septic tank (or similar), I've called this place a "shack", but what was it? A cottage, stables, a gamekeeper's retreat? I have no idea and I cannot find any history at all. I tend to go with it being a gamekeeper's place, but who knows. There was also once a fence around the perimeter, but the only evidence of that now is an old and decaying fence post. This place is literally in the middle of nowhere and might possibly be part of a country estate, but there's nothing nearby to connect it.

All the rooms were empty and not even any graffiti (again, so rare!) so it really is 'off the radar.' The only thing I can say is that it was definitely derelict in 2009, and judging by all the moss and ivy etc., way before that. 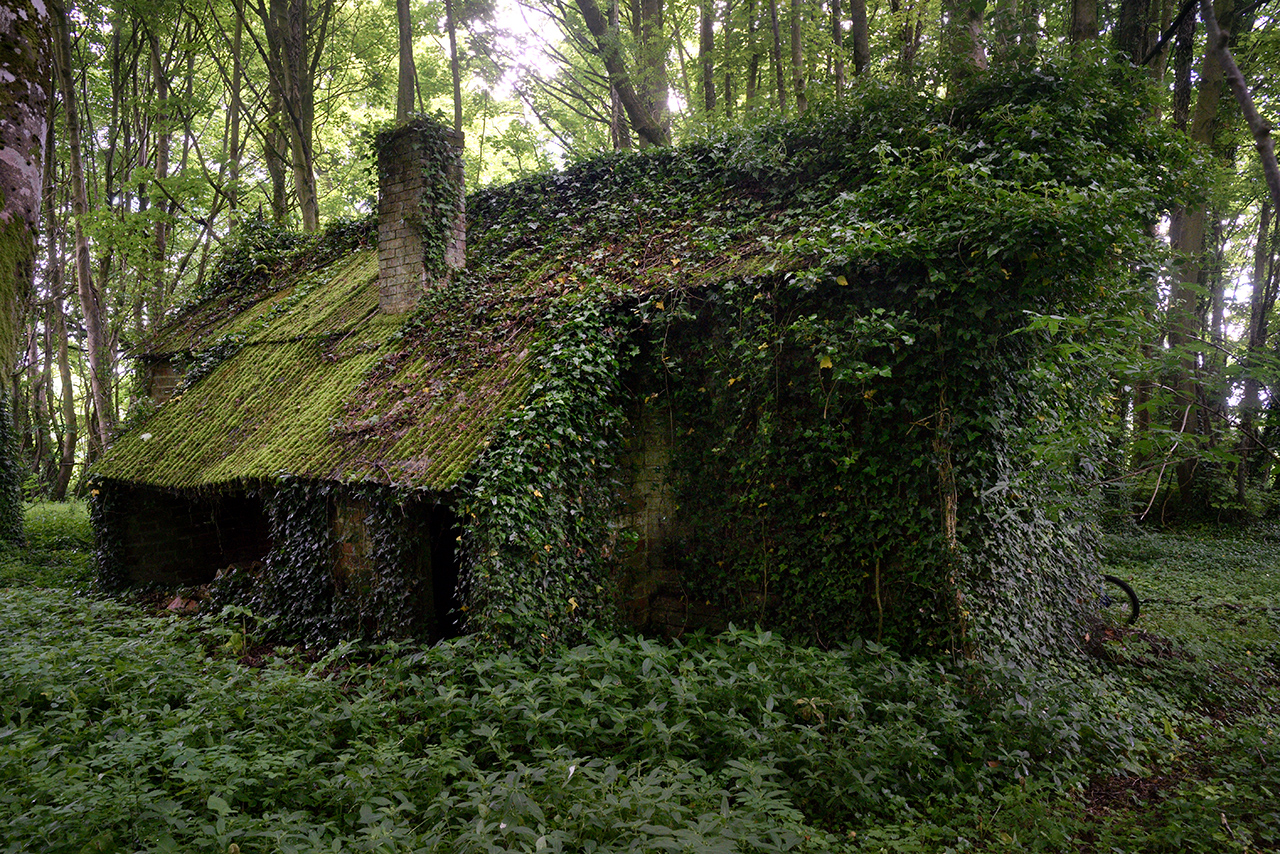 The front with blue bicycle (it was positioned like this when I arrived and is going rusty). 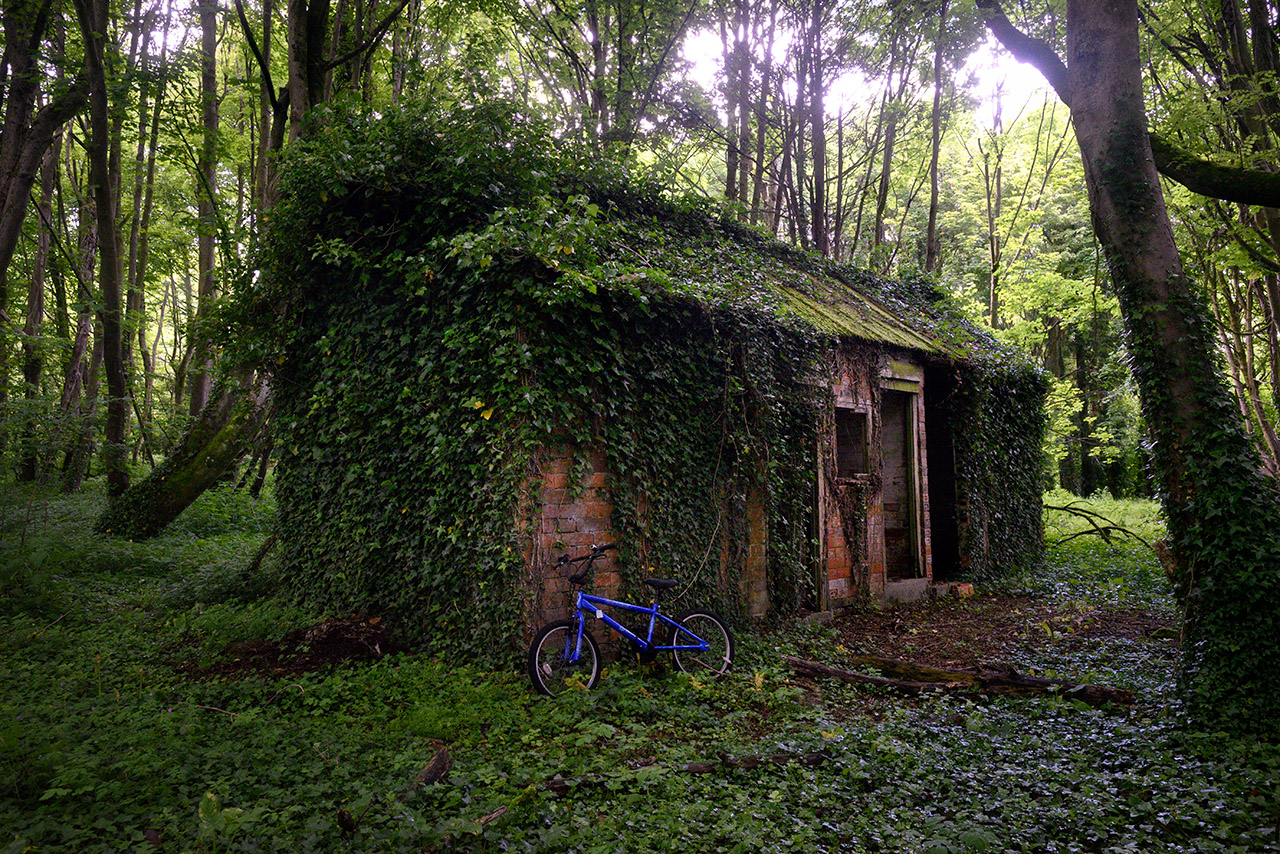 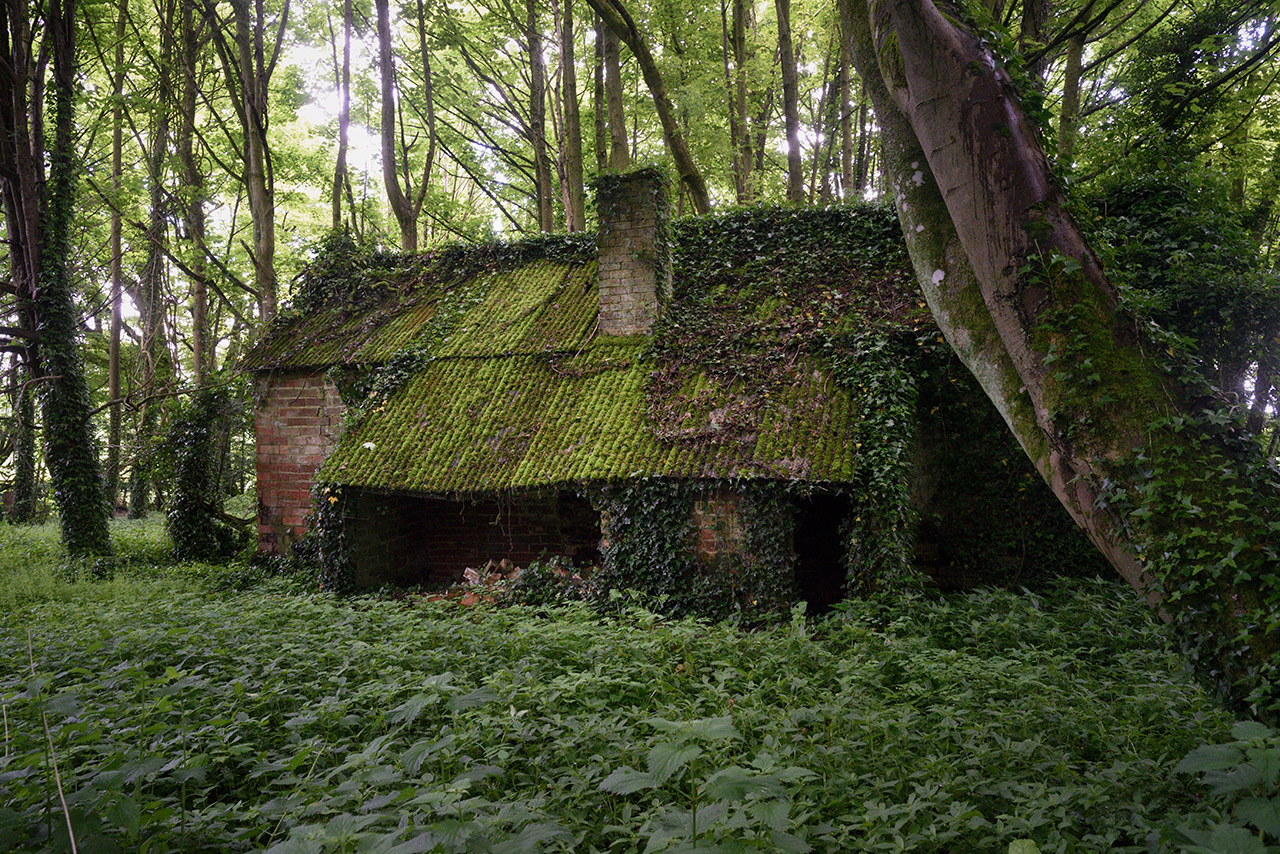 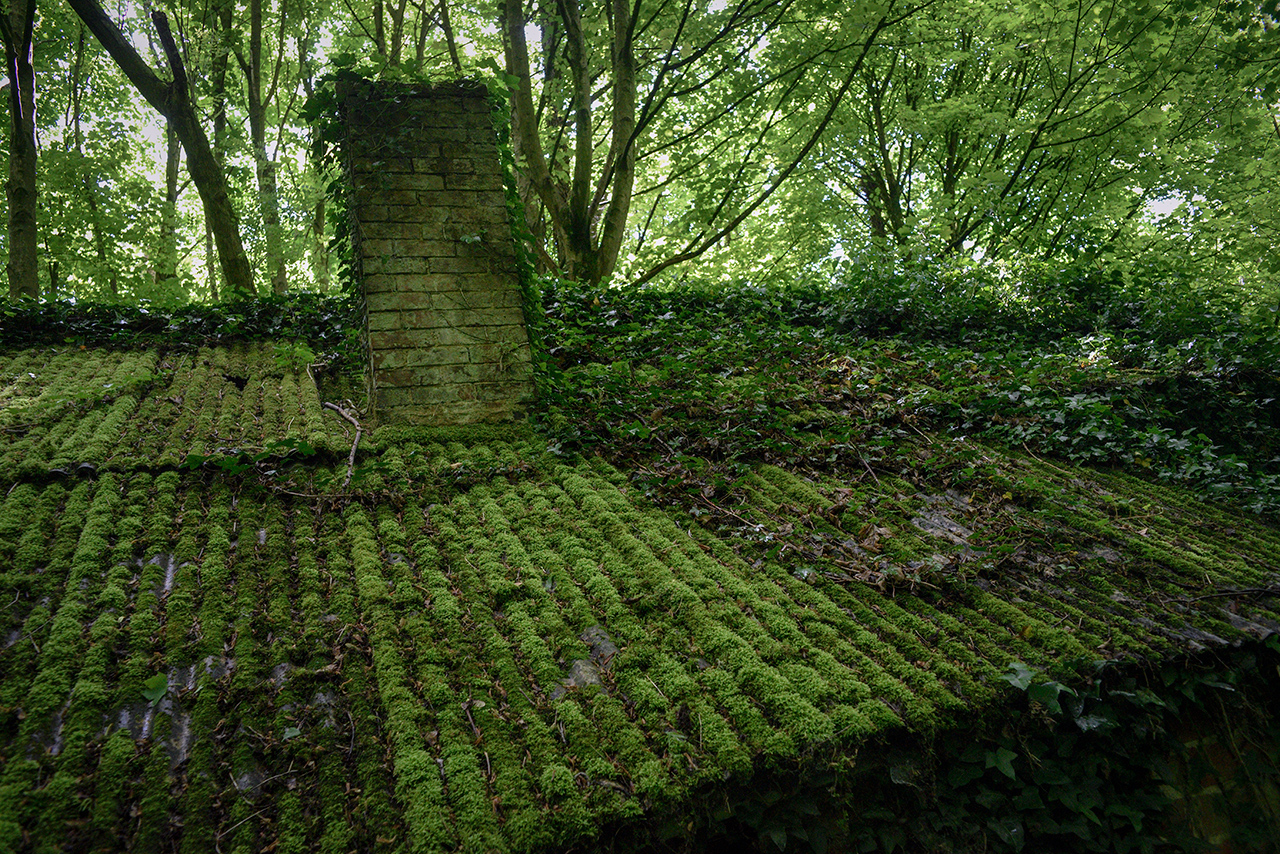 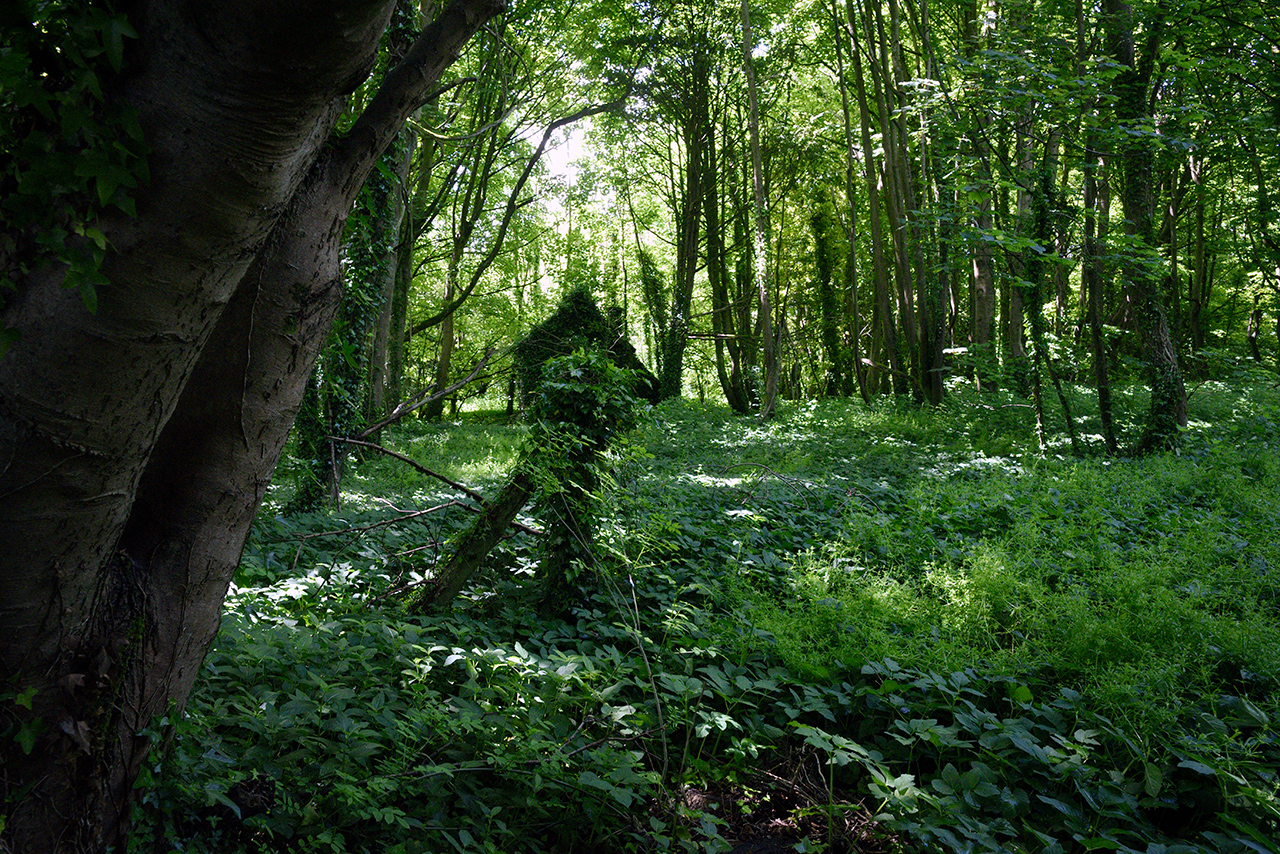 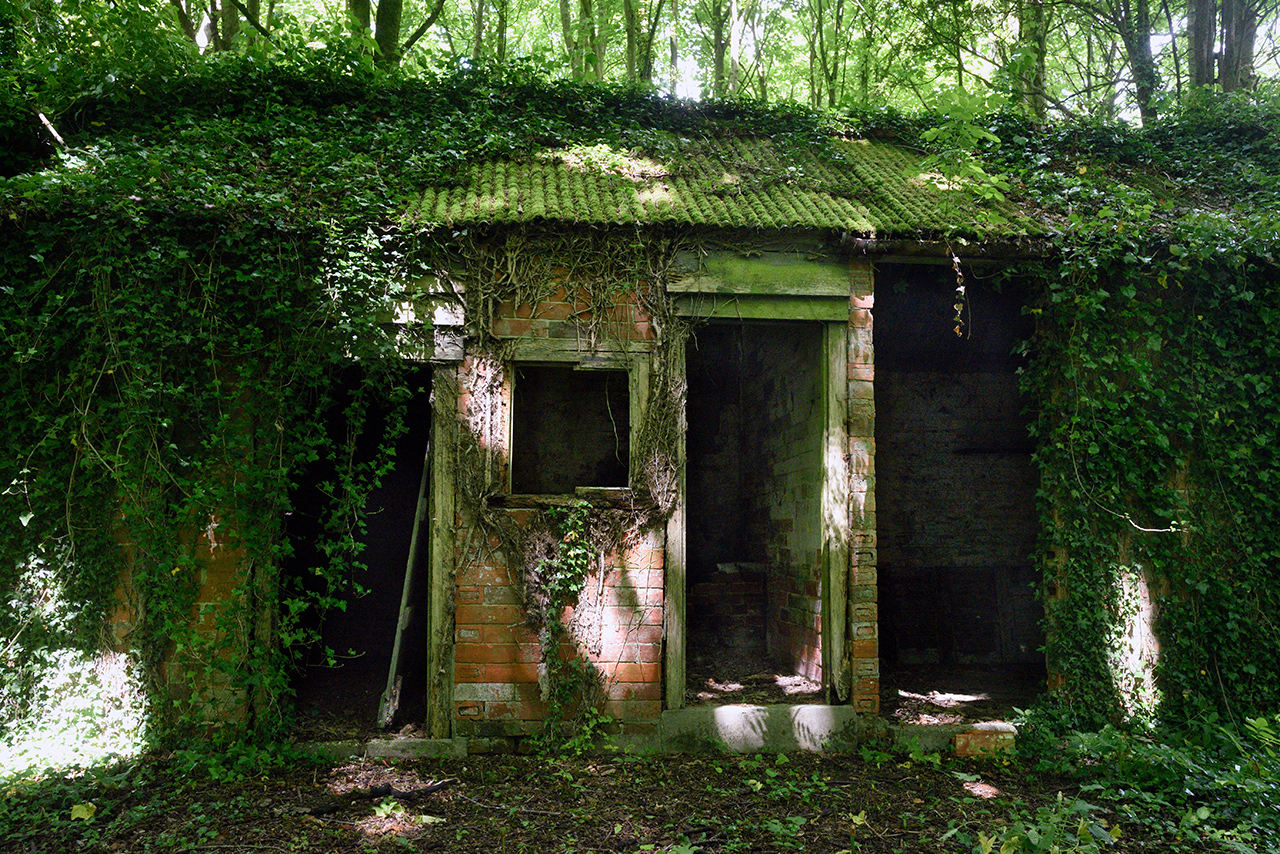 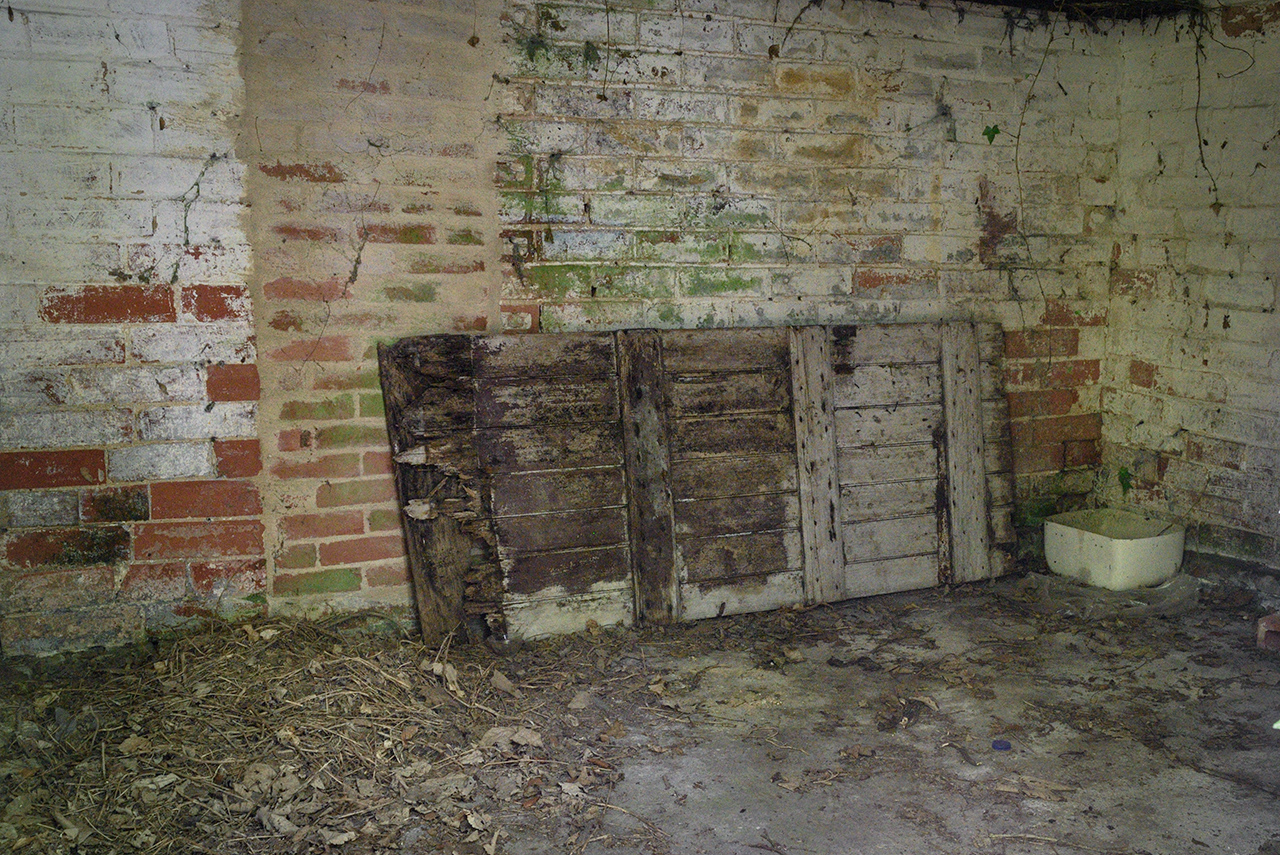 Remains of the chimney. 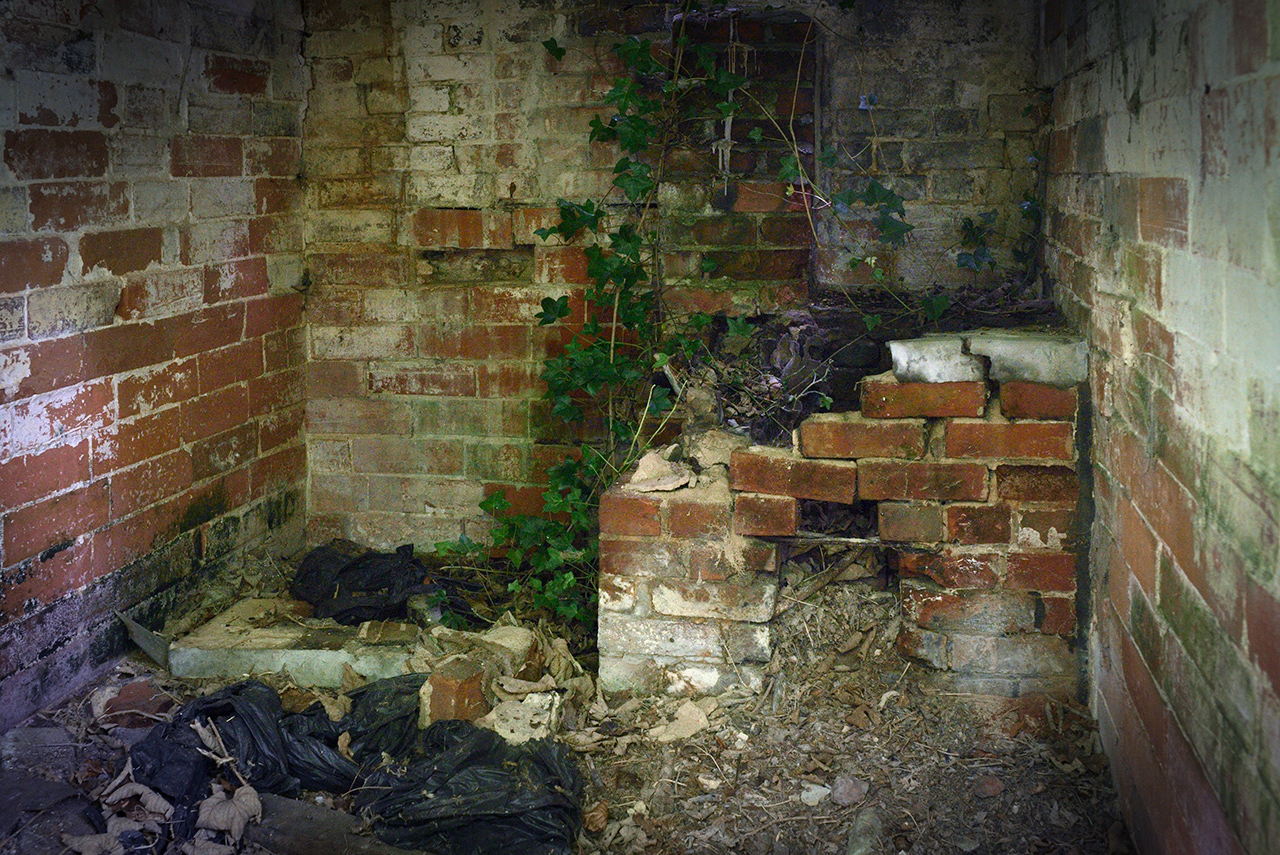 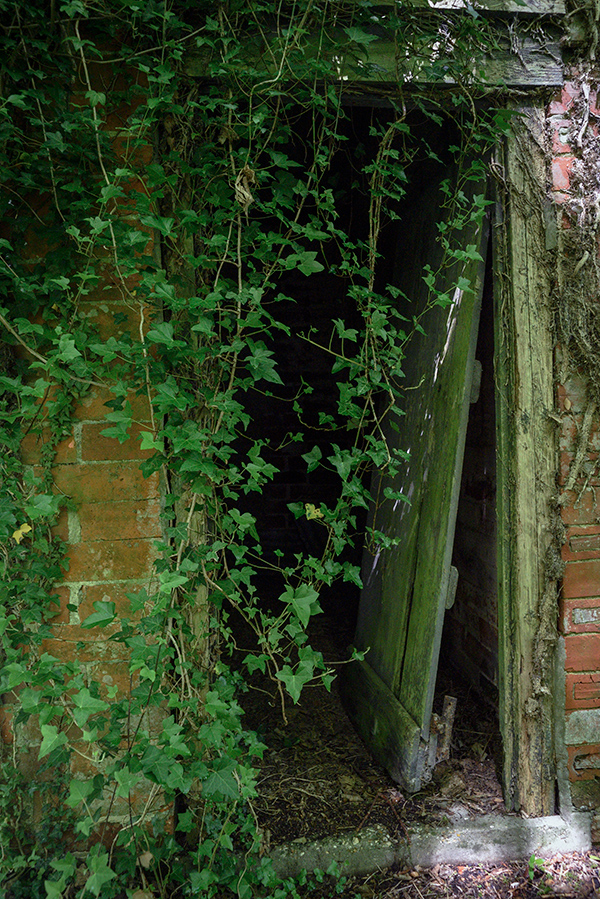 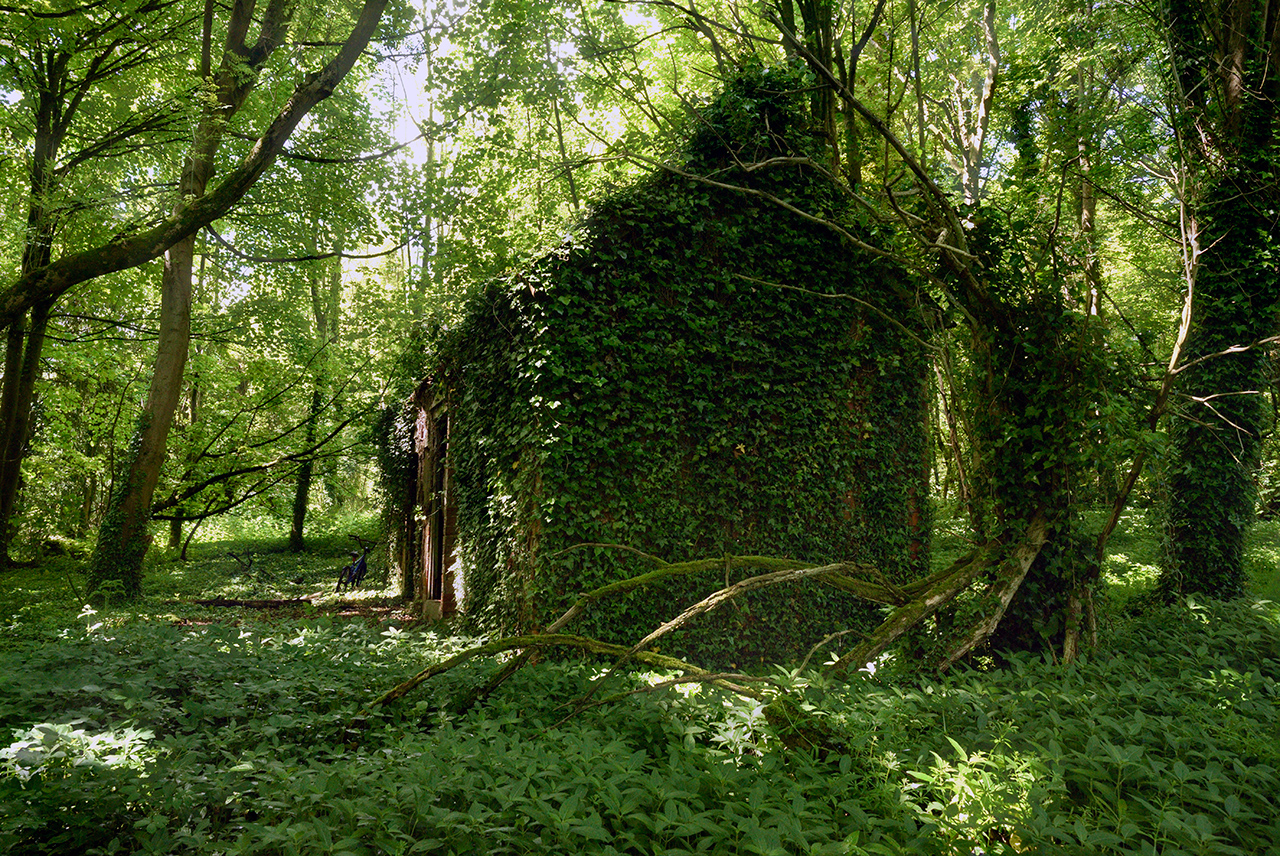