This place is really old and used to be a manor house. It has a lot of history to it some of which can be found on the internet if anybodys interested. The site dates back to the 1200s when the building was made of wood but it got converted into stone in 1603 and had some changes made in 1854 which included an extra corridor and a few rooms. It was used as a nursing home up until 2003 and then closed down. In 2004 it was subjected to two arson attacks which burnt away a big part of the roof in some parts. It is a listed building and still has many features telling its age. Its a lovely place or it was anyway. Heres the pics.

There was an elevator but unfortunately the door was sealed tight so i couldnt get in, but i got these shots of the lift door on the first floor and the lifting mechanism on the second floor.

Judging from the marks on the door somebody has been trying to get in there before and failed, lol.

The celler was waterlogged, time to get the good old wellies out, they worked a treat although the water level was very close to the top of them so i was stepping lightly. There were five rooms down there but only two of them had things in them! This is the cellar corridor leading to rooms on left and right.

Two of the rooms, it felt like being in a dungeon down there and it smelled pretty bad too.

And this is part of the courtyard in the centre of the building.

I was told it was going to get turned into flats so happy i got pictures before they started work. The family who owned this place in the past married into the Towneley family who lived just a few miles away in Towneley Hall and the whole area from Cliviger to Burnley is steeped in history. There are many places like this in the area one of which i visited a few days ago called Extwistle Hall which has a gruesome history, lots of death and satanic ritual happened there and from what i saw it still does, there was some pretty weird sites to see anyway.

What a fabulous building, eh! Love that old, mellow stone and tiny leaded windows in the last pic. Good stuff!

Cool place, thanks for the photo's

Shame to see it left to get in such a state

Stone mullion windows are always a bit special - can't believe this place is in this state - great explore and smashing photos!

what a beautiful old building! Shame it's in that state! Great explore and good to have some decent info. Good one!

Excellent pics mate, it's such a shame that it's been left to rot away like this.

Just found some history on the place, and a few pics, when it was lived in. 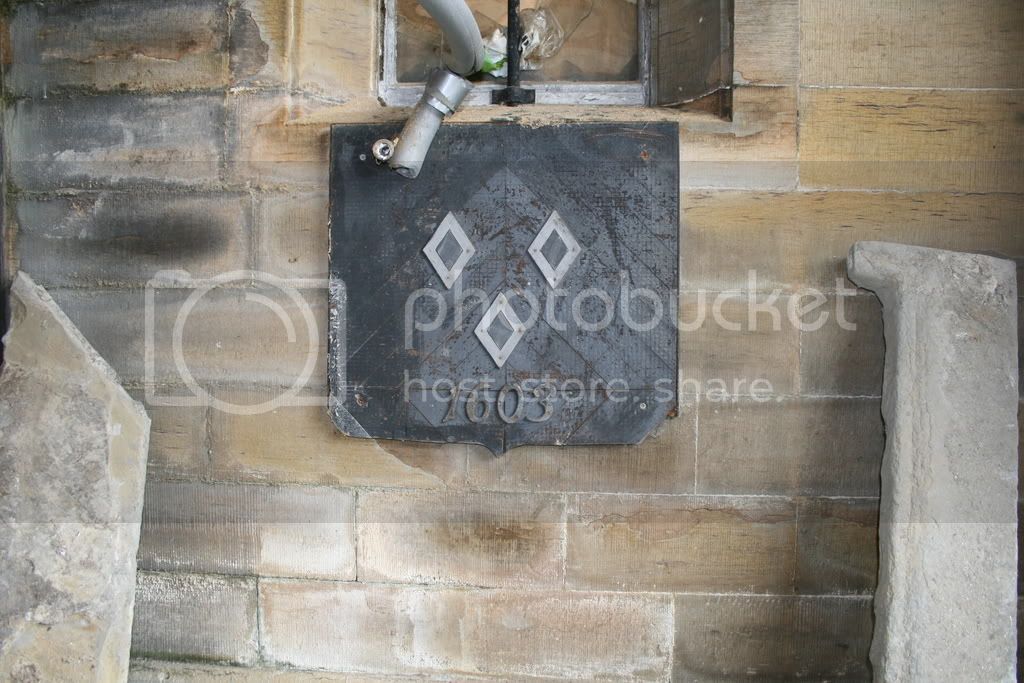 Its the same diamond shape pattern but i think they come from two different sources. I think the picture on the link is the front of a book judging from the texture of the background. I wonder if this was a symbol representing the Whittaker family like a coat of arms? Thankyou for taking interest!!!
You must log in or register to reply here.